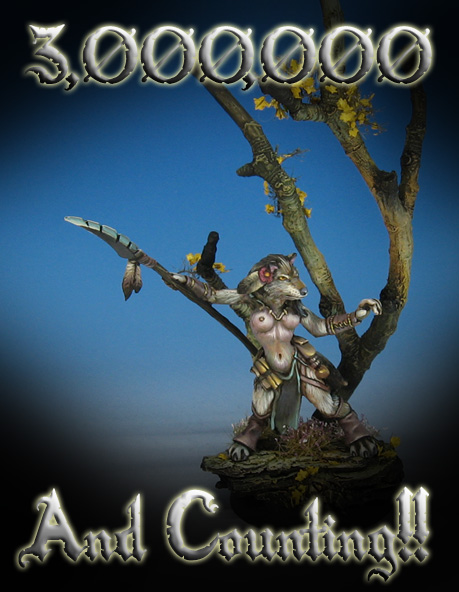 Wow, that count was able to sneak up on me!

I was anticipating that the blog would reach 3,000,000 views in early January, and I was dead on!! 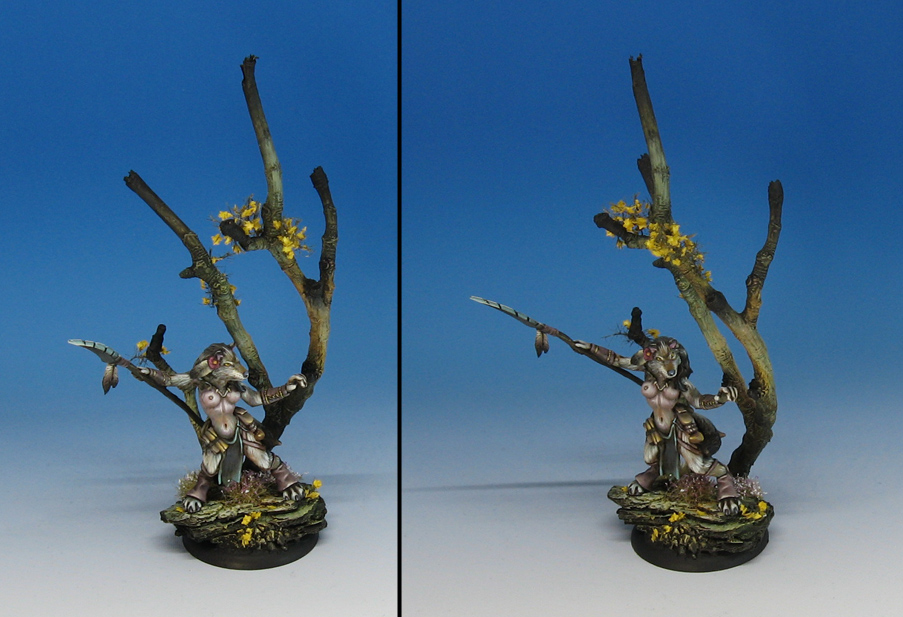 It's only fitting to celebrate this milestone with a Reaper mini, since they number the most among the vast amounts of figures to be seen on these pages. 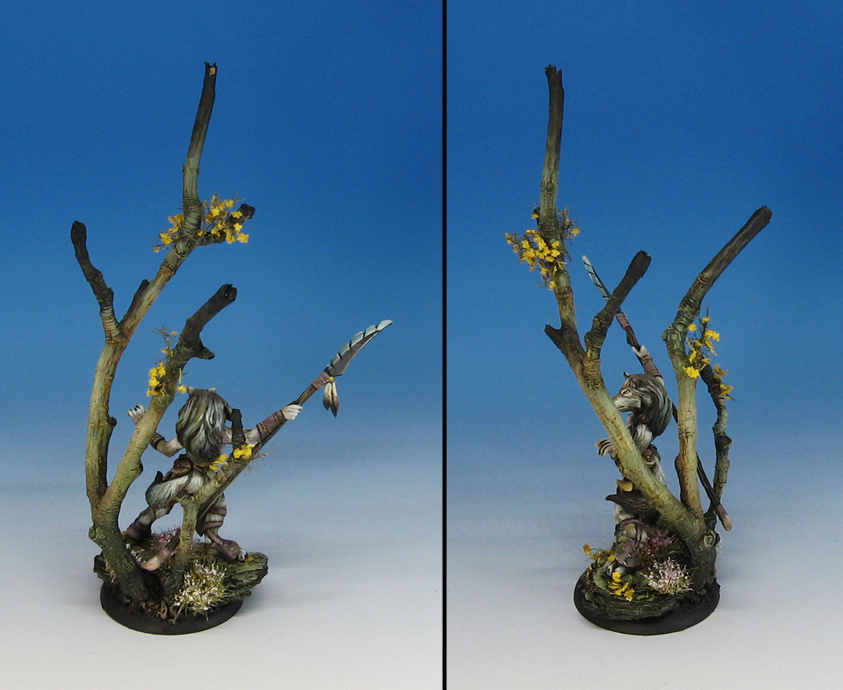 This one was very fun!  I loved creating the base for her (it's a 40mm round base, to give you an idea of size),  and painting in all the subtle color transitions in the fur. 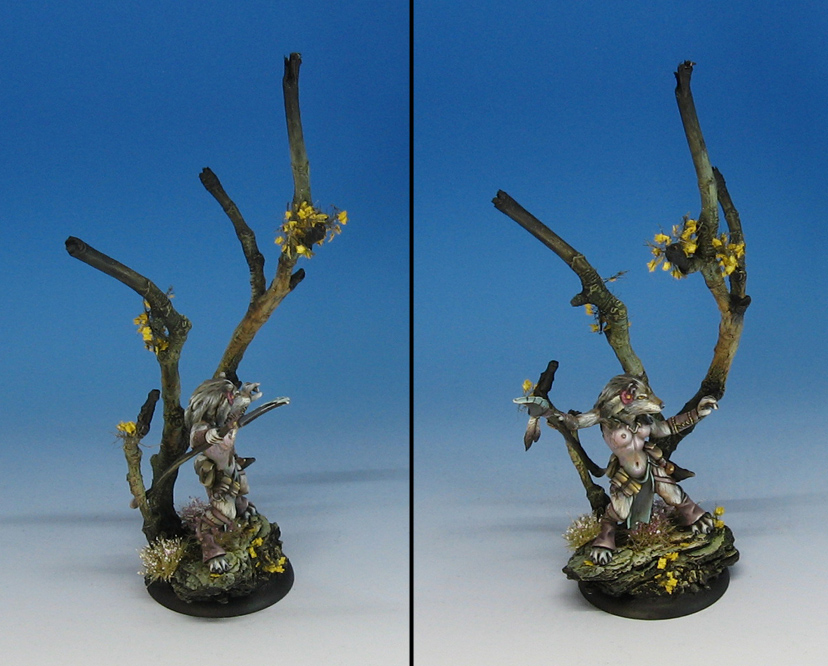 I had thought of using this figure for the Painting Fur instructional video, but time was limited, and the size of the weapon meant that it would have been difficult to fit on camera.

However, the angle of the weapon was just right for my branch!! 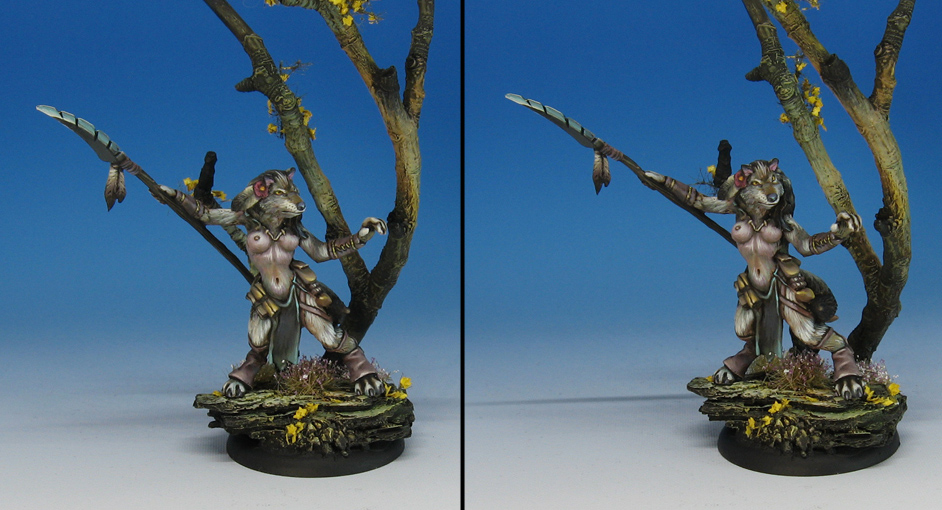 I also considered doing snow on the base, but I wanted to let the warmer colors of the wood and foliage create a bit of contrast with the cooler and muted tones of the figure.  I used a lot of purples, greens pinks and ochres.  A little teal was mixed in here and there for some added zest. 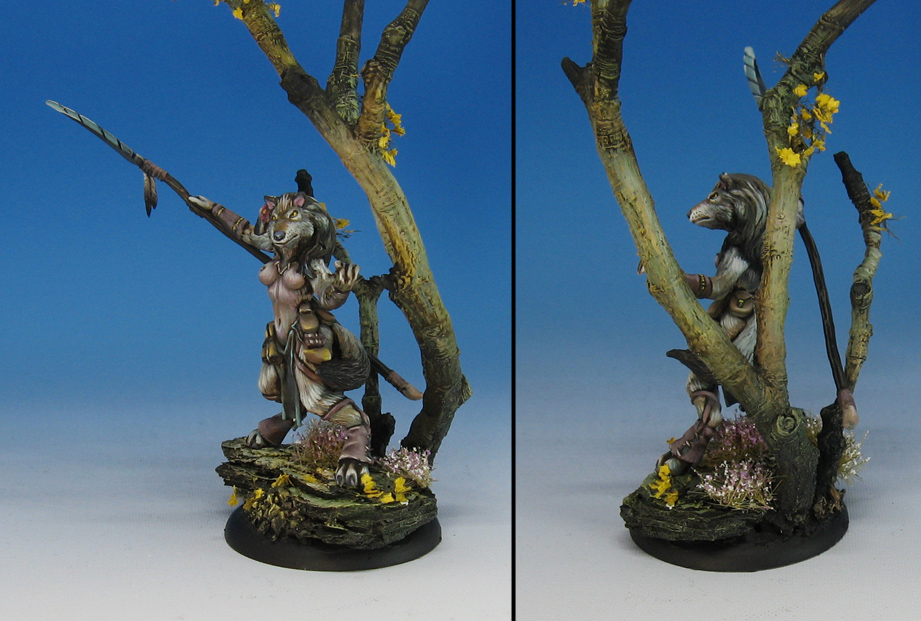 I think you can see that in these two views... the teal on the hair on the left, and the pink/purple tones on the chest. 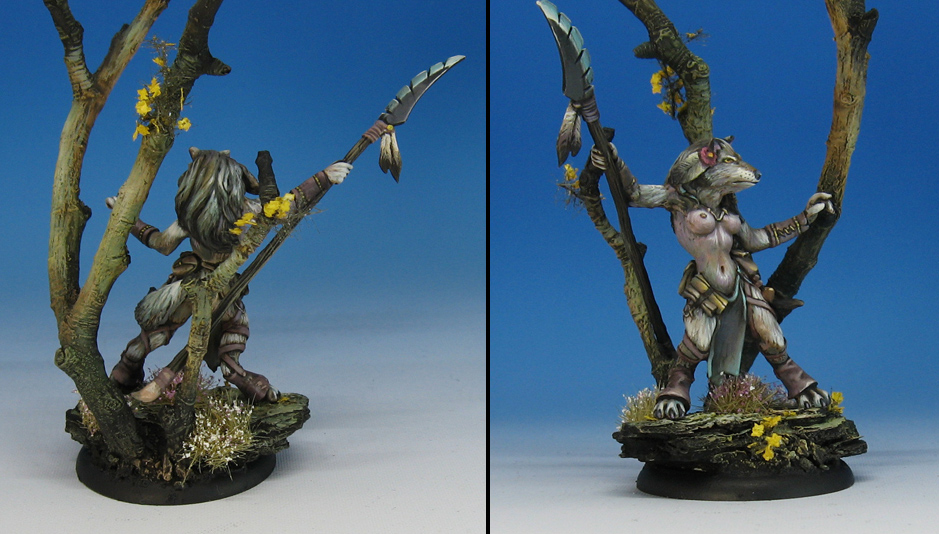 Many thanks to all the regular viewers of this blog!  More than a few of you have been around since the beginning in February of 2012!  It's been quite a journey.

I try to keep adding new things to the blog, and maintain the variety of topics and subject matter for you.  That is not always very easy, since there are times where projects demand otherwise.

It's also my hope to get in some battle reports for you in 2016.  But favorites such as this Wulfen shaman will always be here for you to see! 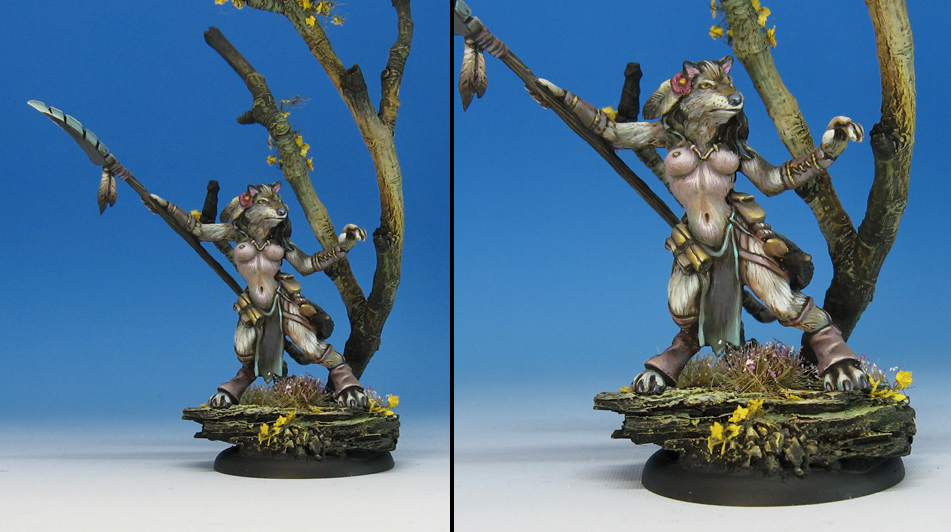 Posted by wappellious at 2:41 PM 6 comments: 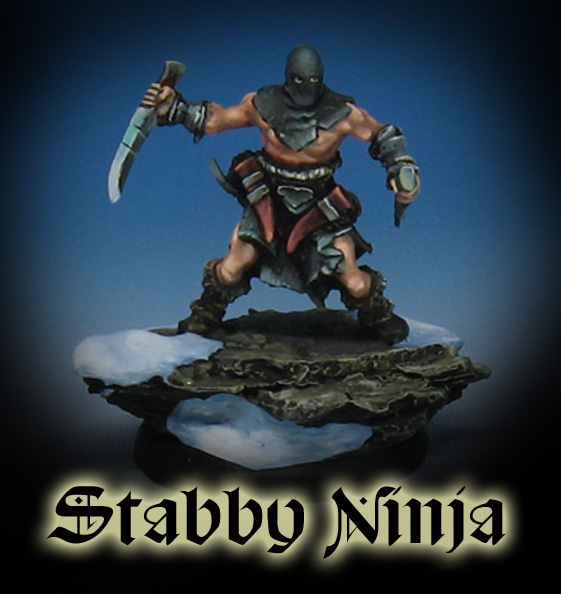 OK folks, you are getting a bit of a preview here of a step by step series that will be coming to the blog next week.  This is the color test figure for a ten man warband from Red Box Games.

I had to match a piece of art that had some unusual colors in it.  There was a great deal of dark greenish black in the hood and loincloth of the art, and I had to figure out how to make that work here on these guys.

They still have to keep in line with all the other figures from this particular project, but it was hoped that I could make this one unit distinguishable from the other archer/ninja warband.

I don't know if I have ever taken such detailed images of the painting process of an entire unit such as this from the very start, so it should be interesting!

You will get a nice look at how the Shaded Basecoat technique works in this kind of situation, and the subsequent glazing.  It might even show you why the technique was developed in the first place!!