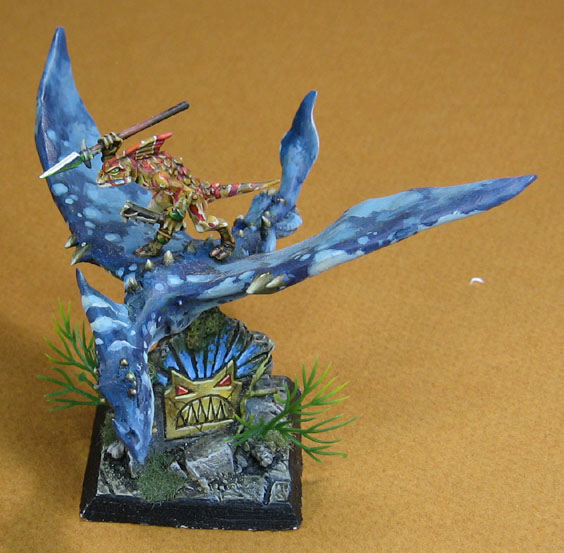 With the new Lizard book and a batch of new Terradon/Rippers in hand (as well as some new totems for them to use as aeries), I resurrected the scratch building program of Terradons that was under way years ago.

The painted version on the left was the first completed sculpt.  I used a majority of Apoxy sculpt, with green stuff and brown stuff for details.

In these next few images, you see that I am just getting to that final detail phase. 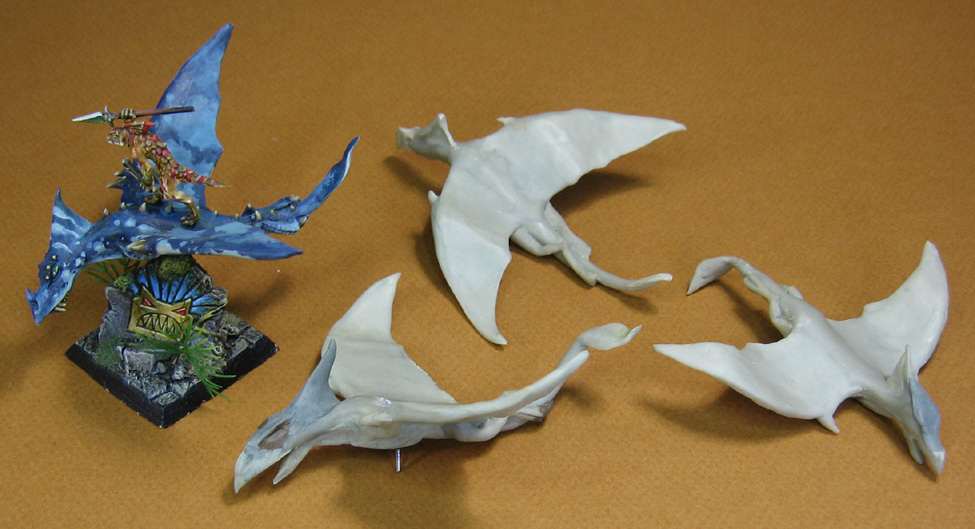 Showing the underside of the sculpt... 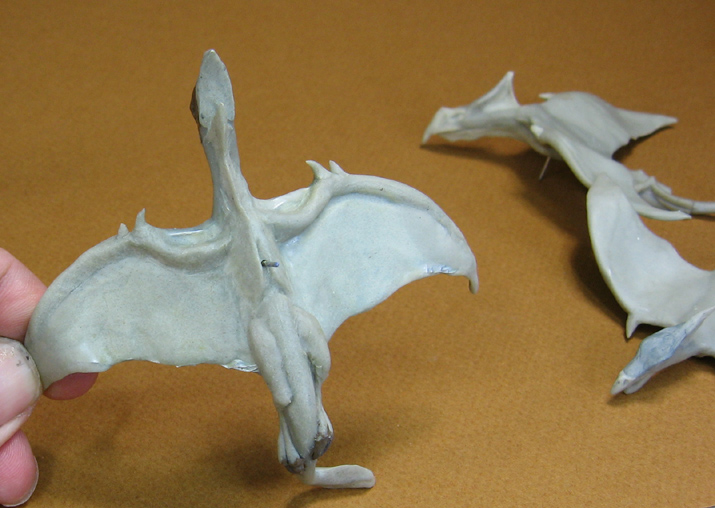 From the side.  I will be adding many more details to the faces with green stuff, such as a tongue, teeth and some eyes. 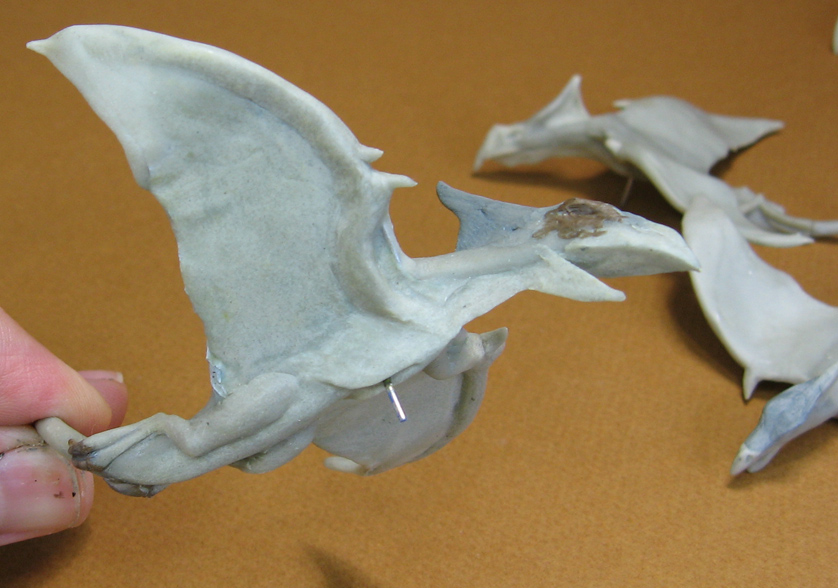 This next batch never even got that far.  That is good news, since I have 3 sets of Terradon bits that I can use to complete them!  Heads, legs with rocks hanging from them... flaming bolas... you name it! 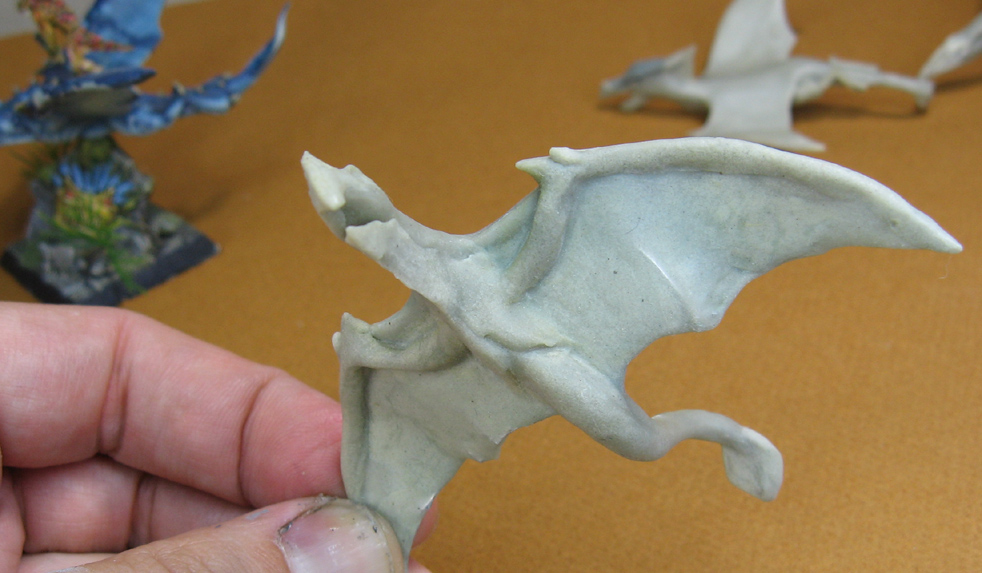 Here are some more views of the painted scratch sculpt. 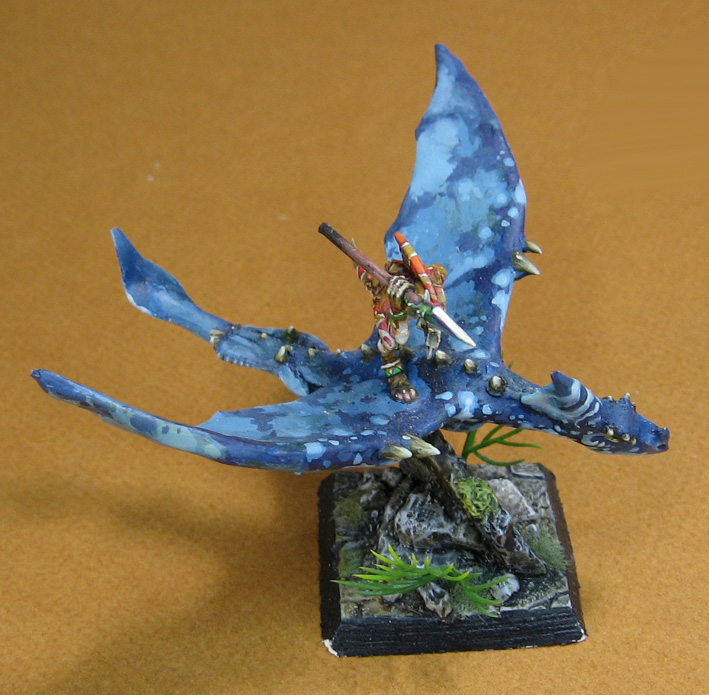 I will probably use regular skinks again, but substitute the flaming bola arms for the javelin. 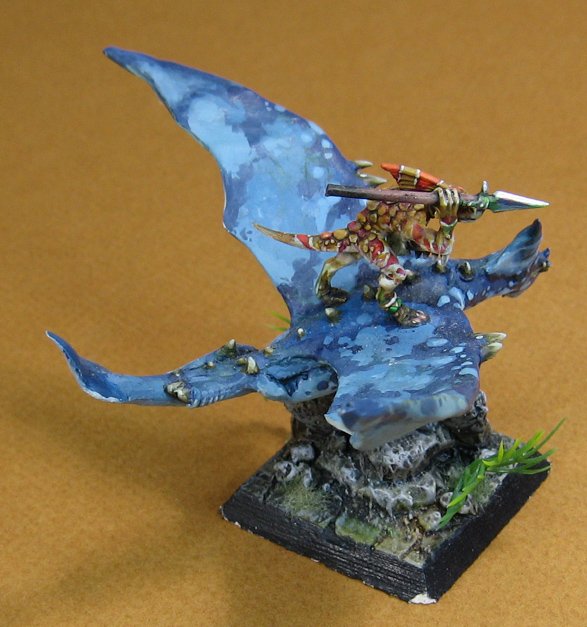 I loved the base on this one!  I think the subsequent bases will reflect the new terrain that I have been building.  I might even have some pieces of the top of a temple pyramid, etc. 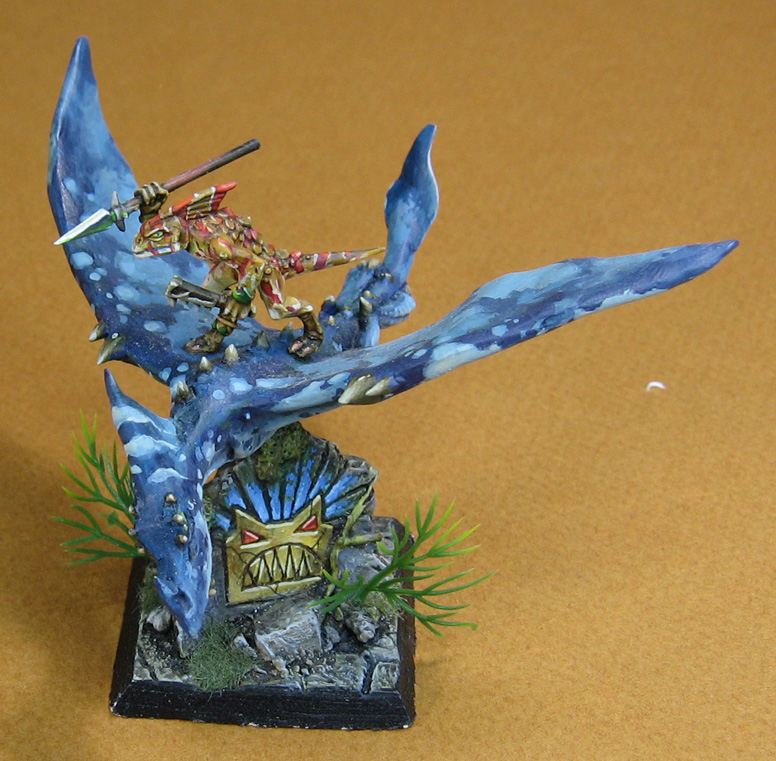 These pictures of that first sculpt in its last stages shows you what is to come for the 3 WIP Terradons in progress. 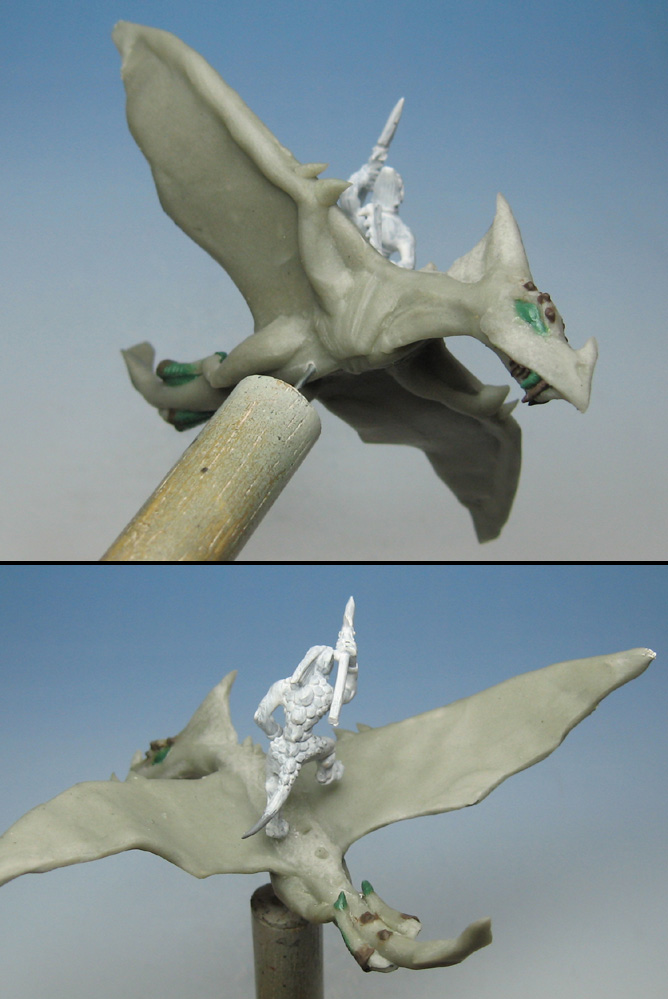 Posted by wappellious at 5:55 PM 2 comments: 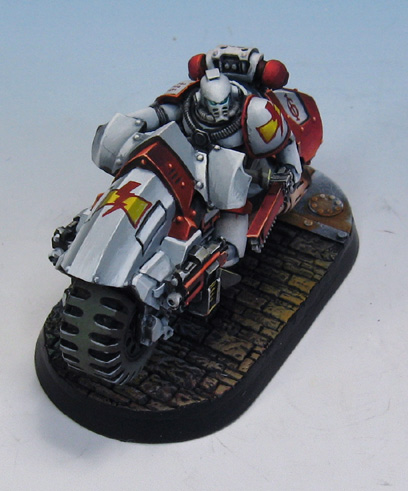 Last of the bikes!

As I have mentioned before, the odd phenomena of getting the routine of these down pact just in time for the squad to be finished strikes again. :-)

With each bike, I was able to 'cut to the chase' more and more.  You really learn to break down each piece, no matter how small, and learn the best and most efficient way to reduce it.

Since I had never painted any sort of space marine bike at all, or hardly even seen a finished one in person, it was yet another challenge.

There have been lots of challenges over the last many months, and I have had to adapt and learn very new concepts on the fly day after day.  It has fried my brain a bit, since I managed to lose a half dozen things in the last 24 hours.

They were all ultimately found, but it was driving me berserk!  Ask Cathy :-) 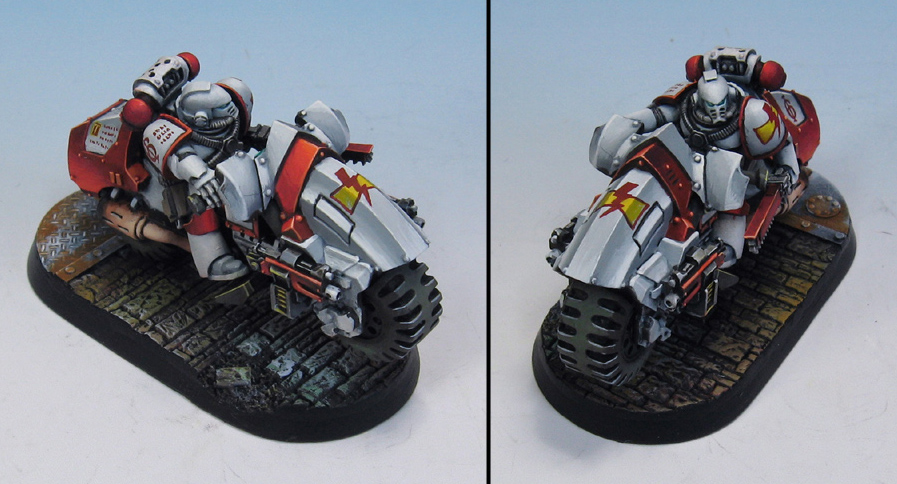 Posted by wappellious at 4:38 AM 8 comments: