Off with his head! 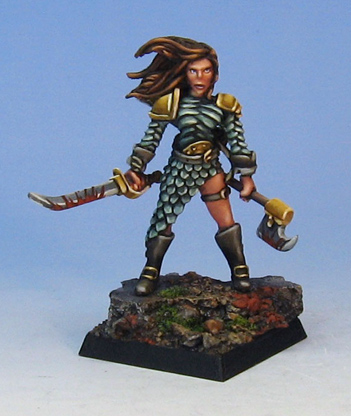 More goodies from the Fenryll vault.  This time, a dragon slayer! 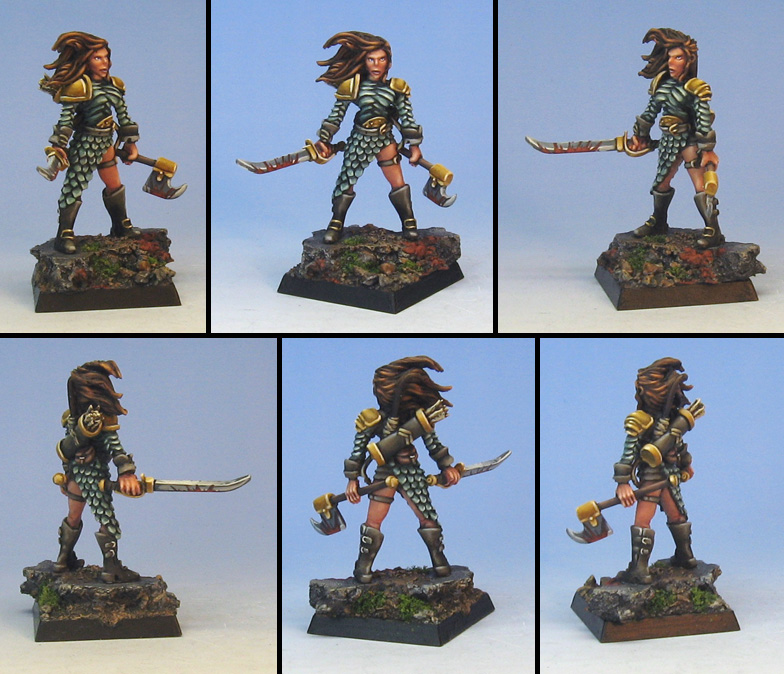 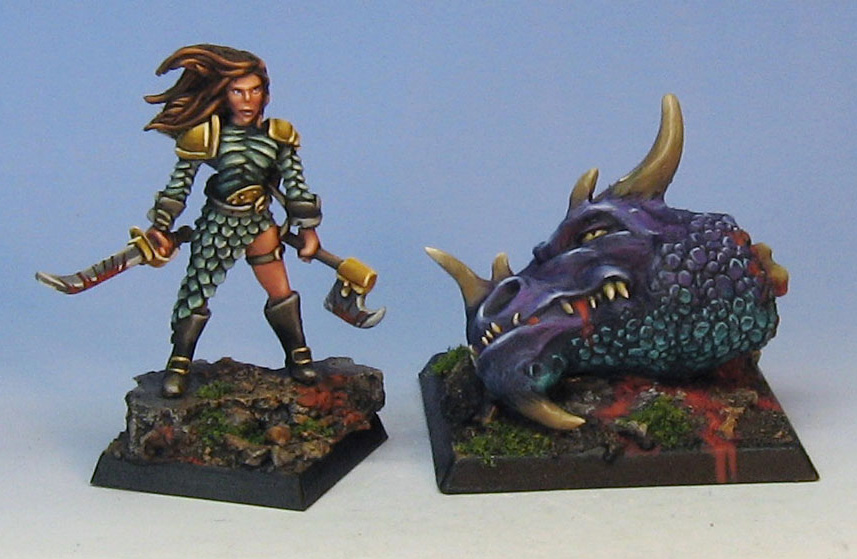 Blood is way more fun these days with my recent techniques... 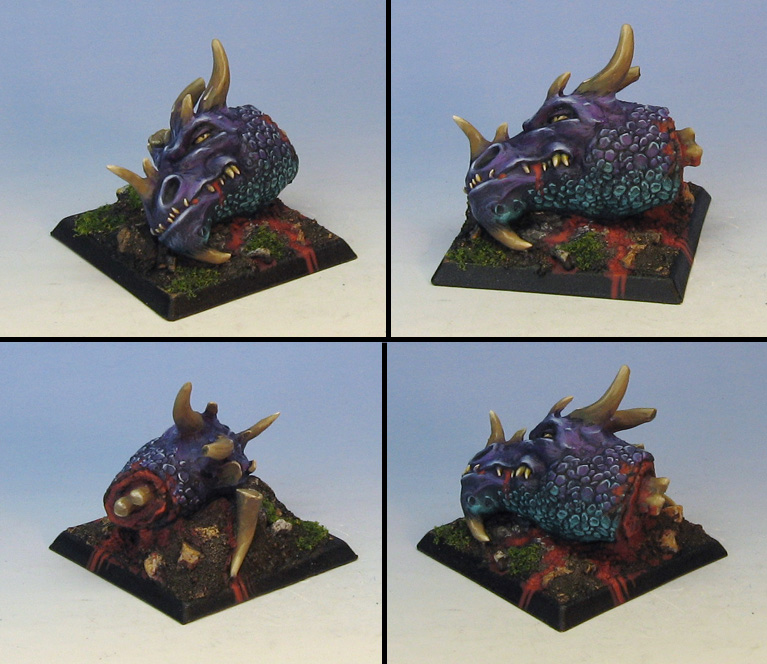 Posted by wappellious at 8:08 PM No comments:

Ground control: A base for the Razorwing 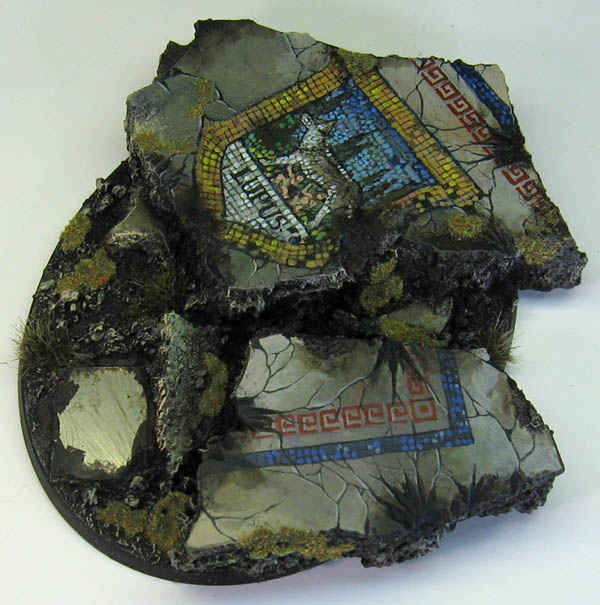 As I work out the fluff for the Dark Eldar, I realized that I also needed to do the same for their opponents, the Knights of the Broken Blade.

As you have probably seen in previous posts, the Dark Eldar are after a Hippodrome on this Imperial world, which is being defended by that particular chapter of marines.  I had to figure out what it was that they were racing in that Hippodrome.  When I saw the Raging Heroes cyberwolves, then I knew... dire wolves!

The locals gather by the hundreds of thousands to watch these spectacles.  The marines take the largest and most powerful of these wolves and 'enhance' them with cybernetic parts.

The final battle takes place in the Hippodrome, similar to the battle for Manila during WWII... part of which took place in a baseball stadium.

So, to begin, I knew that I wanted the locals to have a more Romanesque feel, which meant one thing... mosaics!

I started the process by laying down some basic colors and patterns. 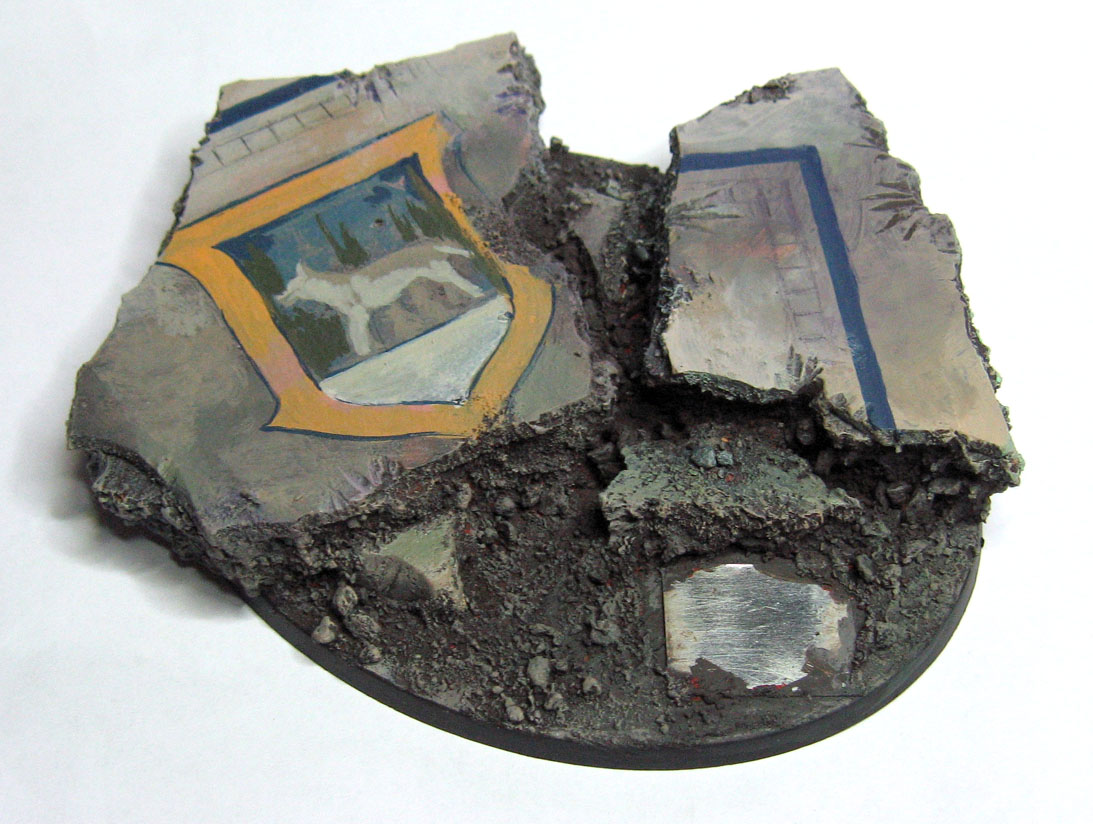 I didn't want to get too crazy with details at this stage, since the mosaic tile effect would not be very visible if there was a lot of blending. 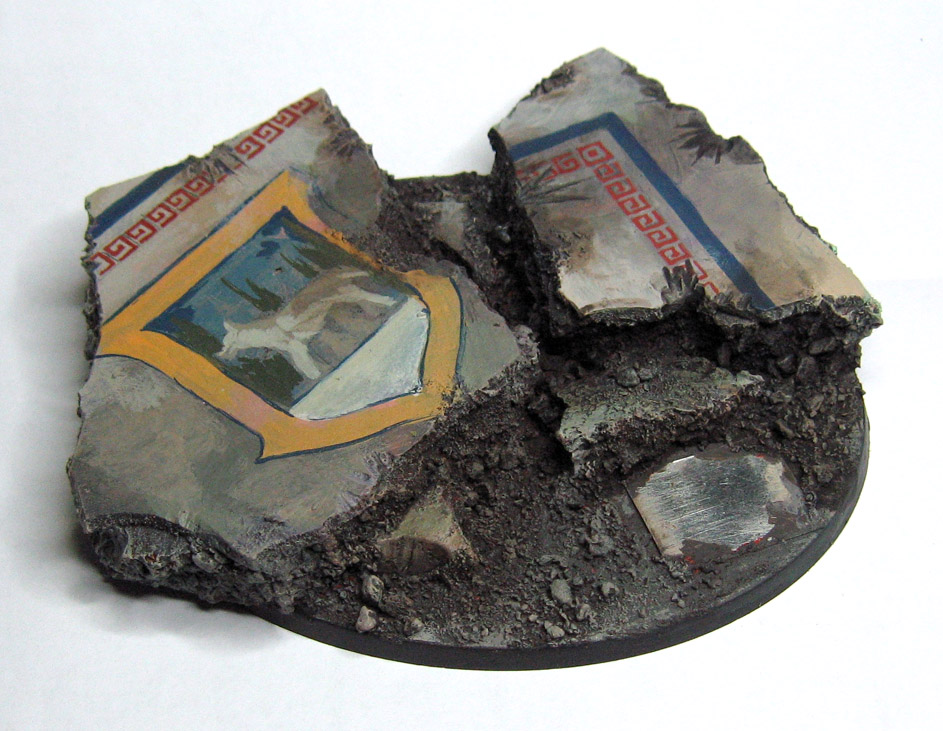 I kept the basic colors as greyed down and neutral as possible, so that the final brighter colors would stand out more as individual tiles, without having to outline every single one! 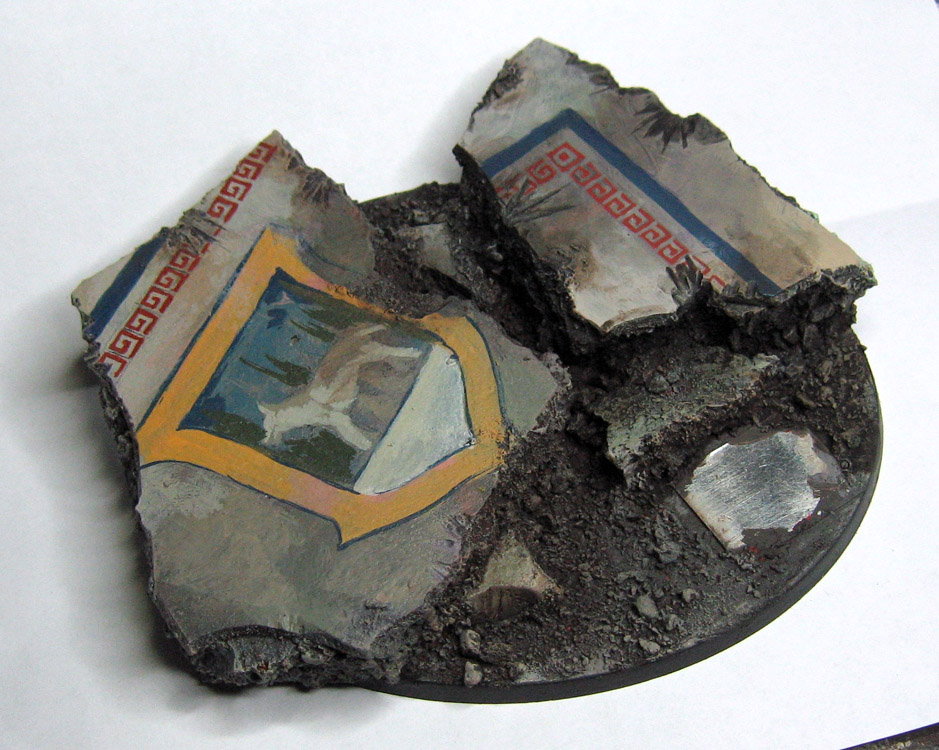 I took some Reaper dark liner paints, and my liner brush, and set about making those tile patterns.  They tend to be pretty straight, but they will also follow curves, a bit like directional brush strokes.

Cracks were also added at this point. 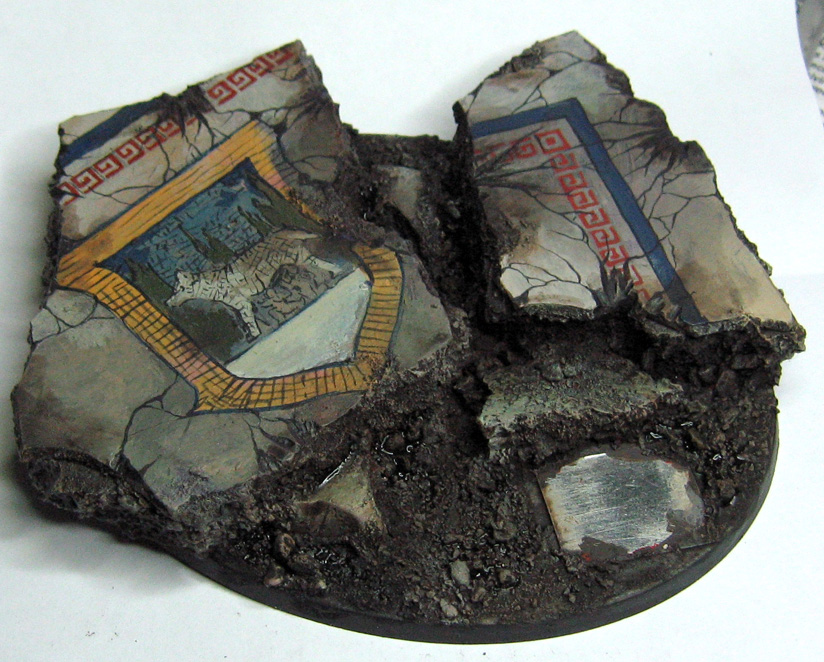 You can see that some lighter (and brighter) colors were added on the shield design and the surrounding part of the patterns.  A few 'missing' tiles were designated by some very dark paint. 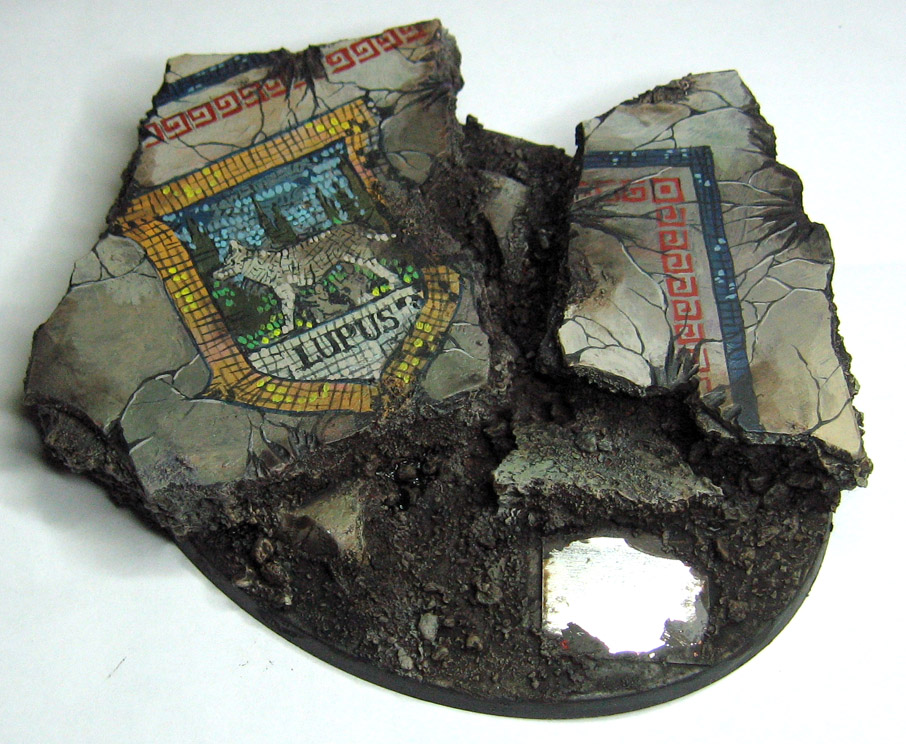 More of the interior design was brought to life by adding those brighter colors.  You can see the increasing contrasts in the wolf and the two figures beneath it.  I had looked for Roman Wolf Mosaics online, and had found an image that had an 'ancient' feel.  This was to contrast with the sleeker more modern Dark Eldar freehand... 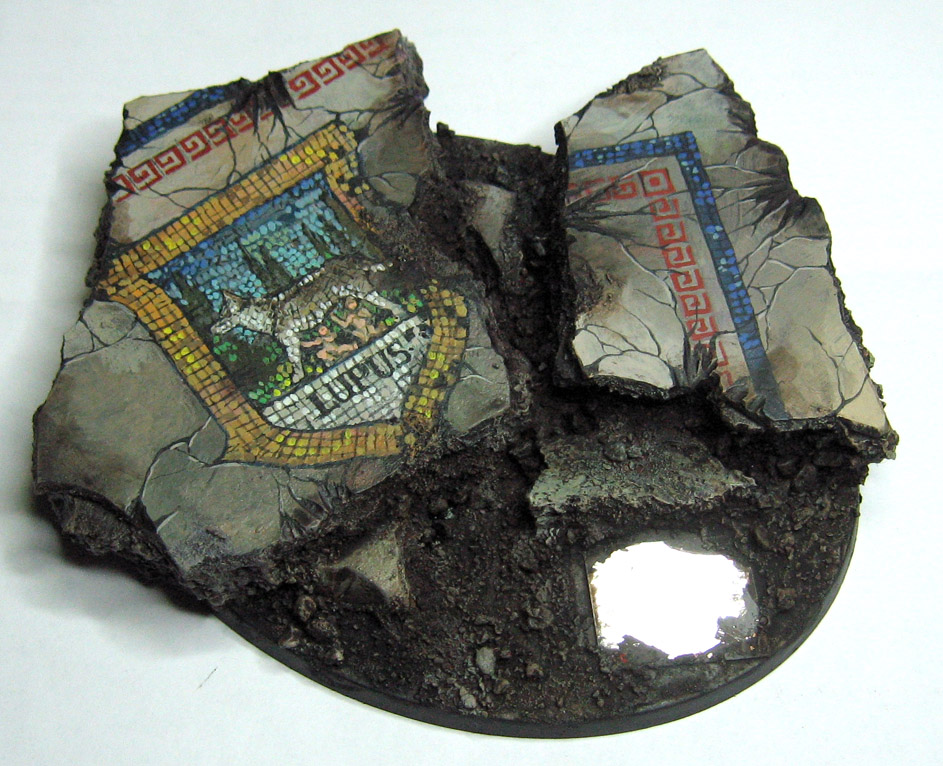 With a few more bright tiles added, you get the impression that some of the tiles are catching more light than others, or are at a slightly different angle, etc.  It's a little like an impressionist painting, as you are working with dots of paint, for the most part!

I also added some clumps of grass and flock, for a bit of color and texture contrast. 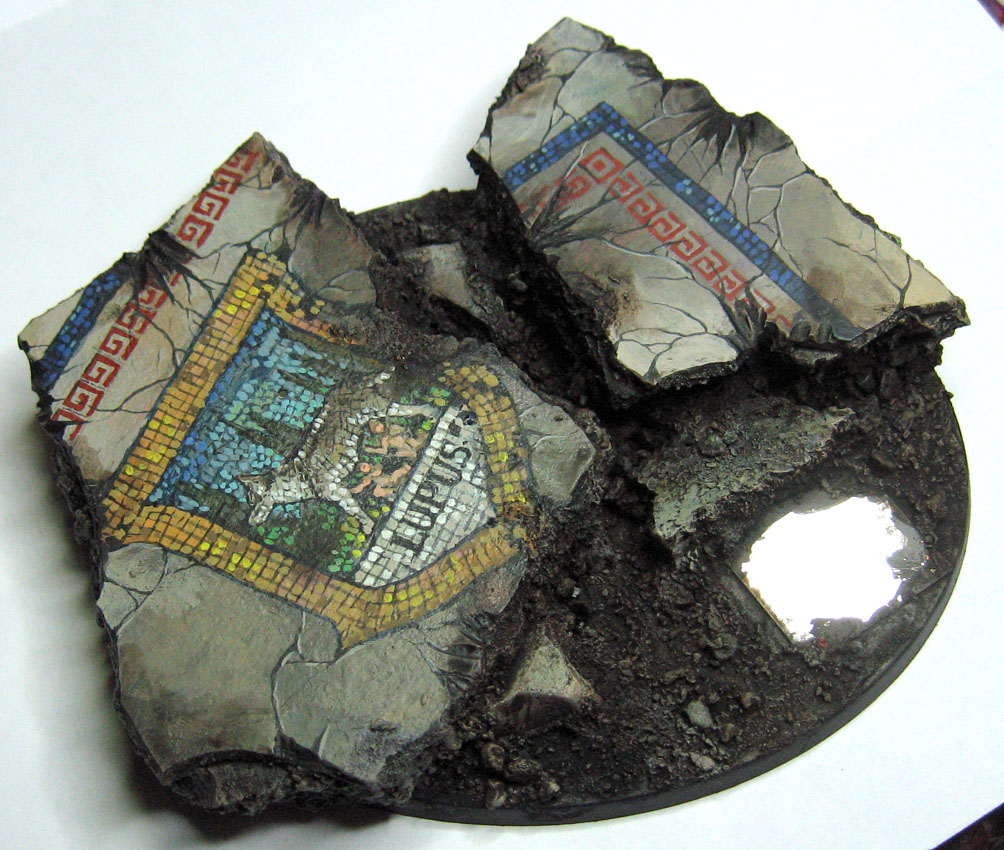 Next up is the Hero on the Cyberwolf, kindly donated by Raging Heroes! 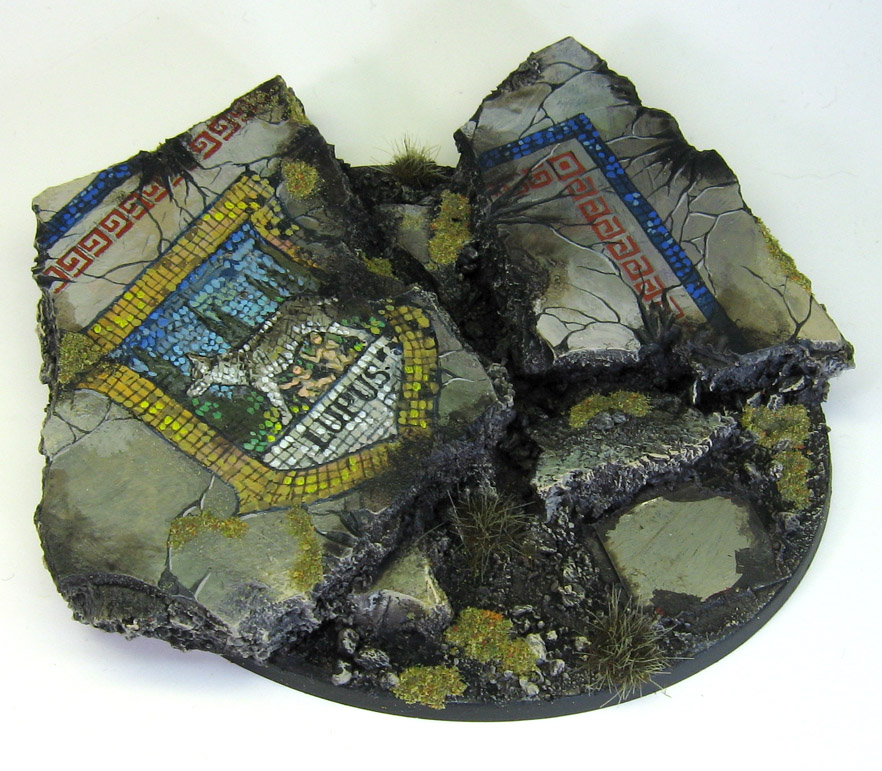 I am hoping to do another one of these designs on a Venom base, and a few more on the jetbike bases... stay tuned!! 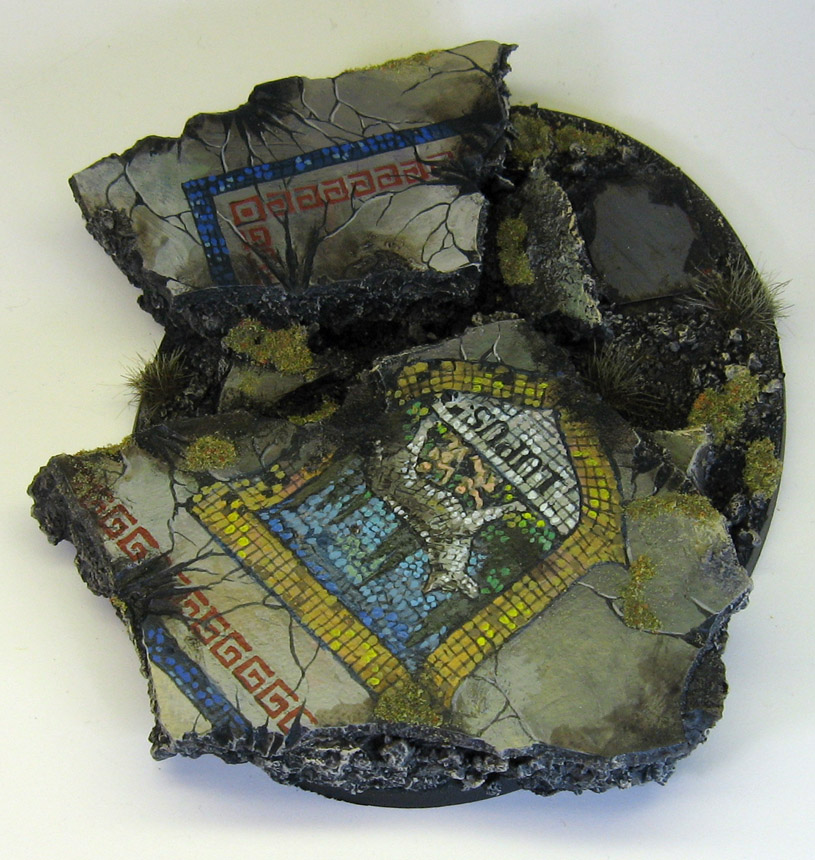 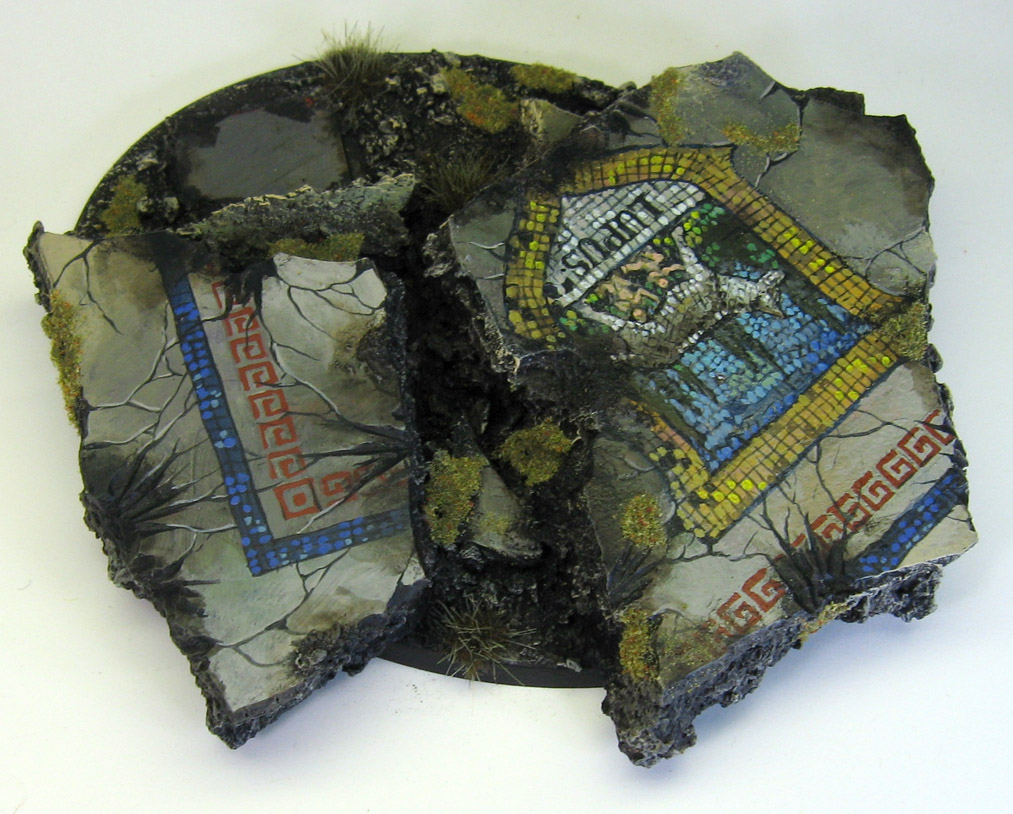 Up and away! A Venom is ready to go! 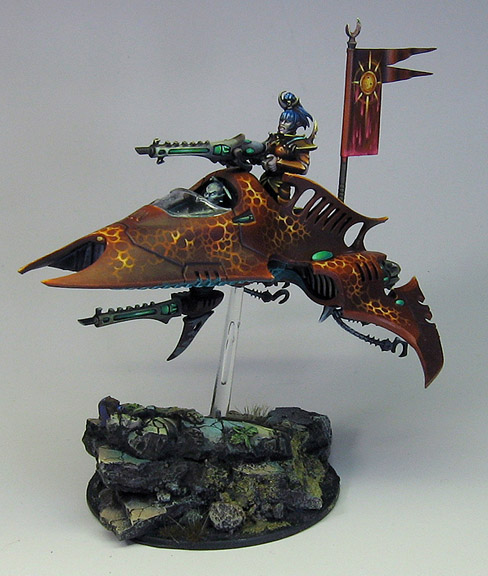 You have seen the pieces and parts of this figure already... now it's time to see it all together! 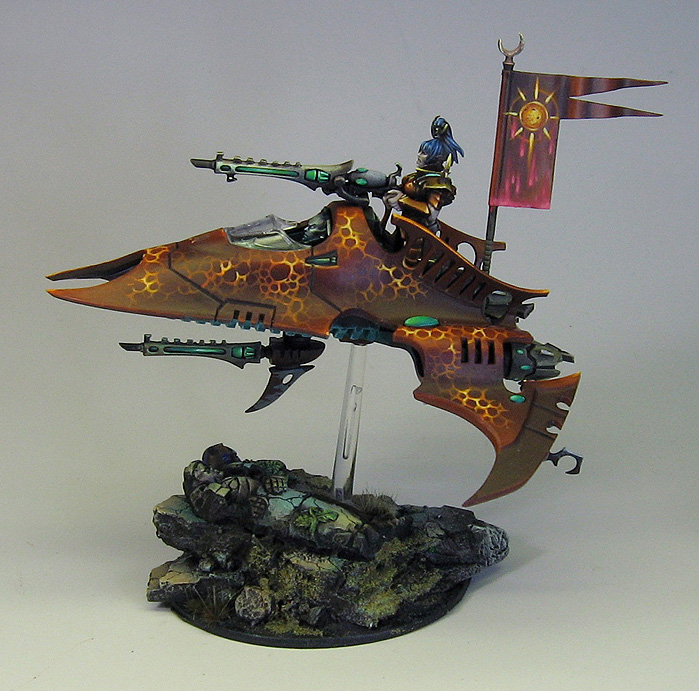 Like the Periodic Table, lots of elements went into creating the entirety of this Venom. 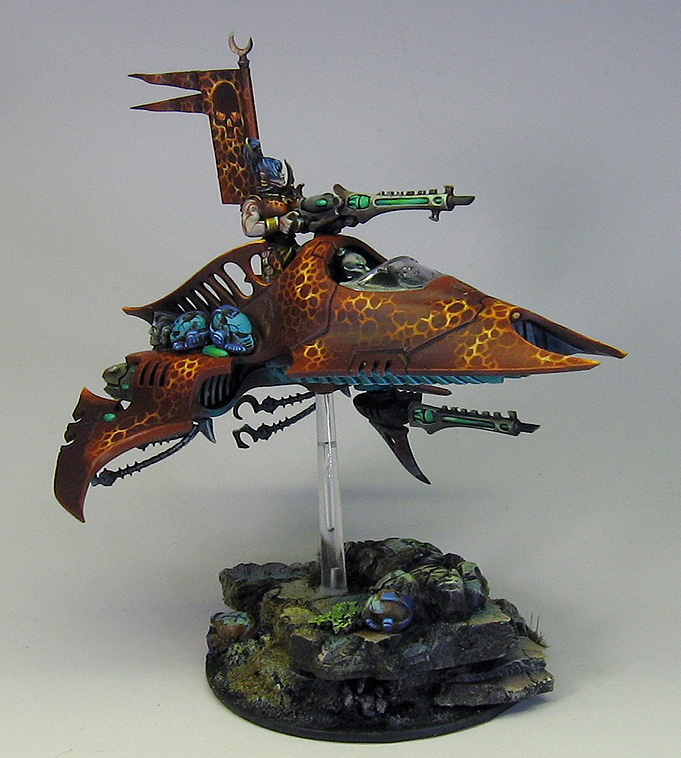 Lots of freehand, OSL, basing, blood, and much more! 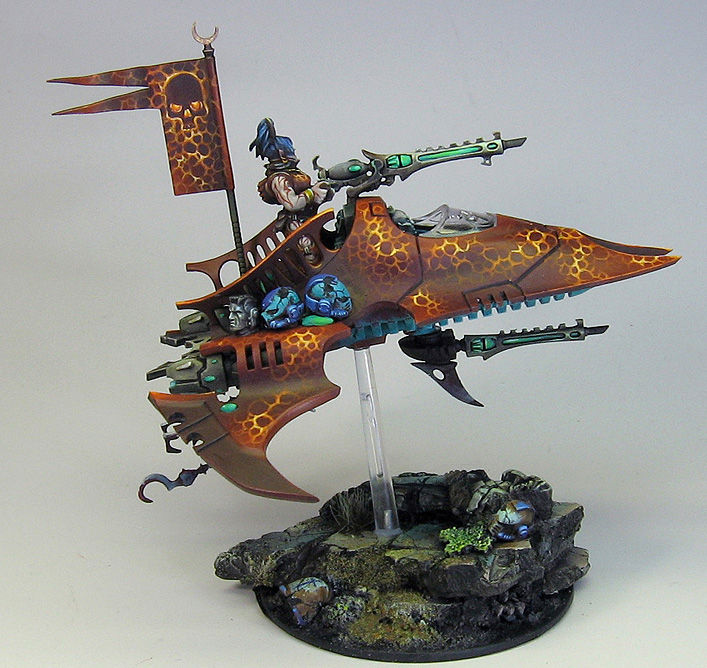 I have finally gotten into a comfort zone painting these guys... a point where constant experimentation becomes a more routine process. 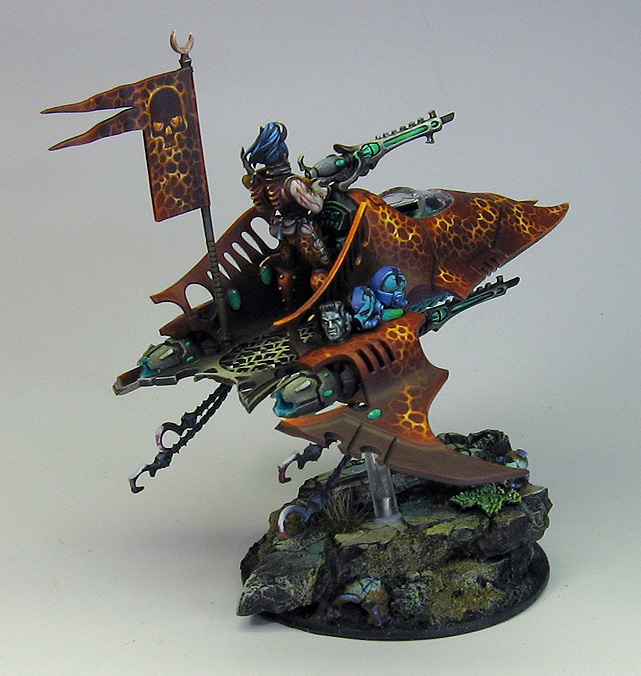 It is always a relief to get to that stage!  Everything gets a bit easier then. 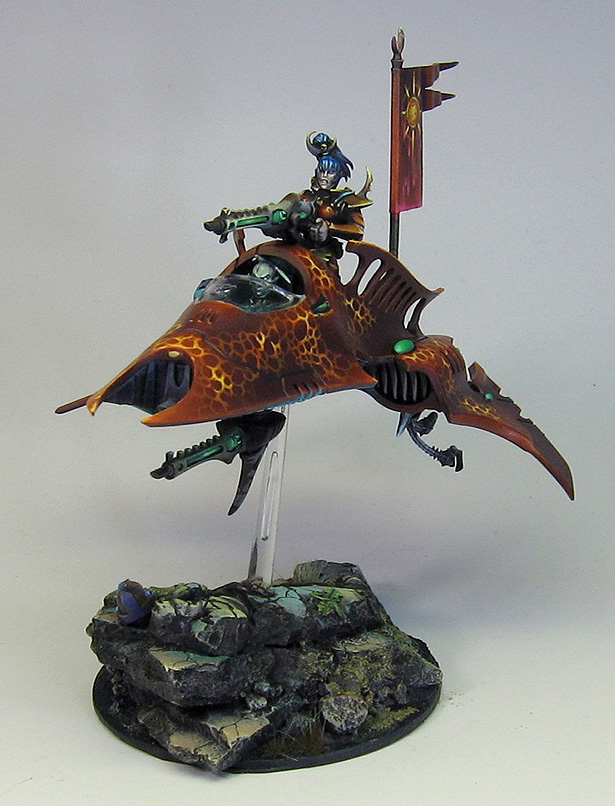 Identifying exactly what sort of icons and symbols I want is an agonizing process of rapid decision making, but once that is done, you can have lots of fun with it! 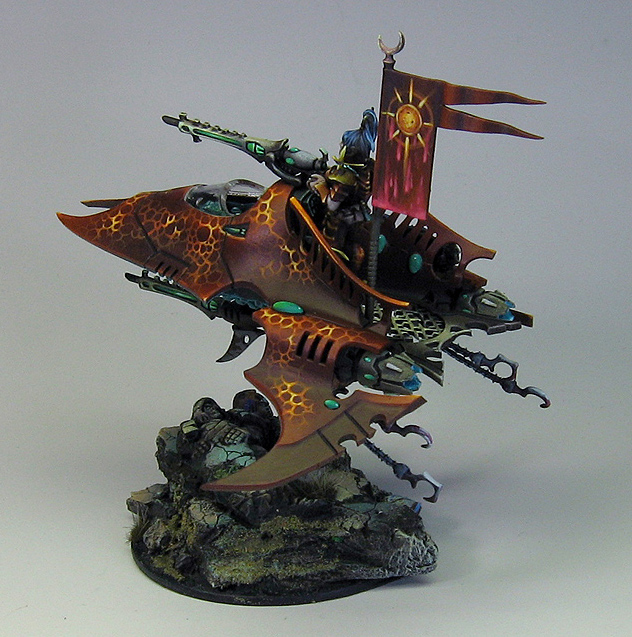 I have some top views of this which show the upper skin of the vehicle even more. 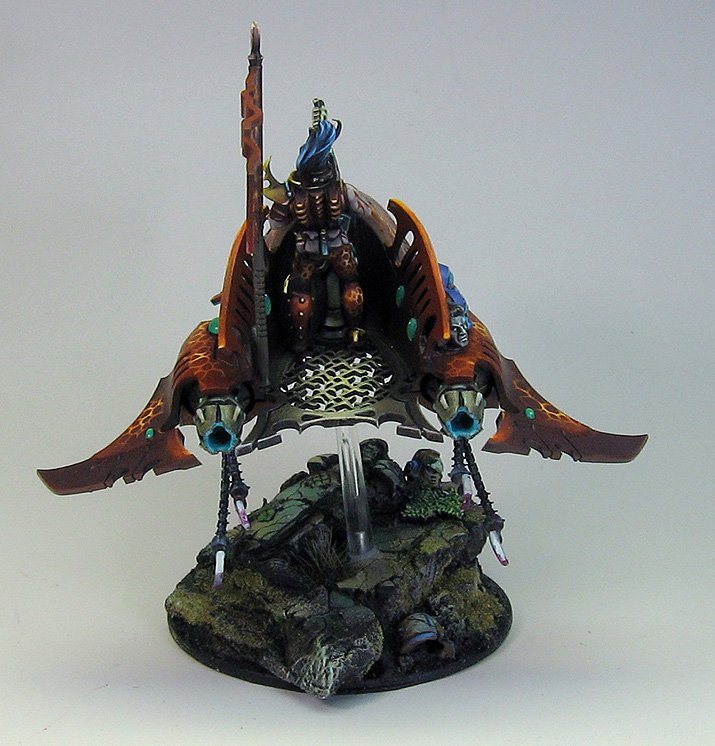 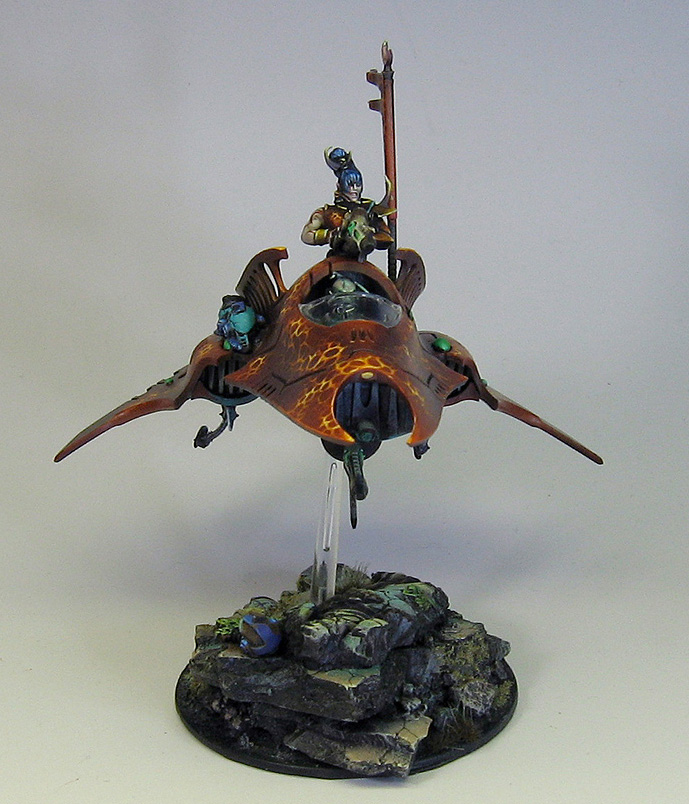