Asharah's Revenge... the unit and the ride. 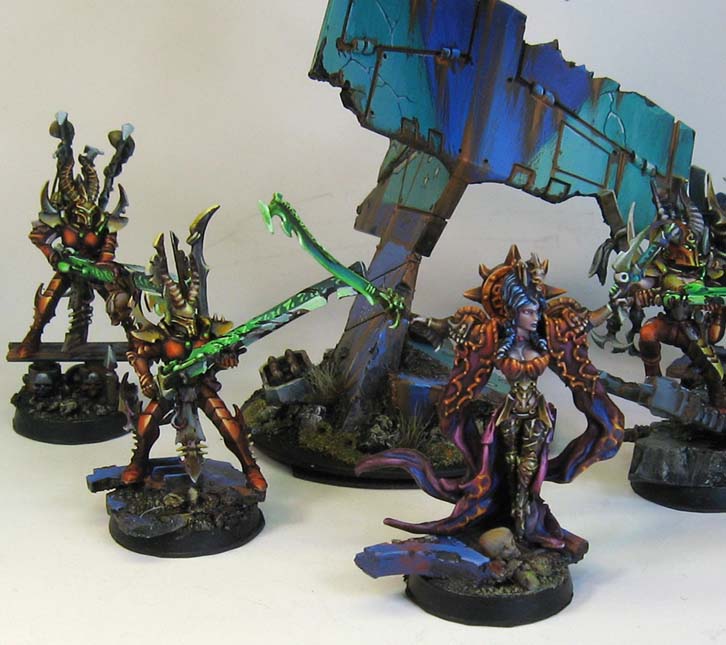 Tonight we have Asharah, leader of my Dark Eldar army.  She is with her Incubus retinue, and their Venom. 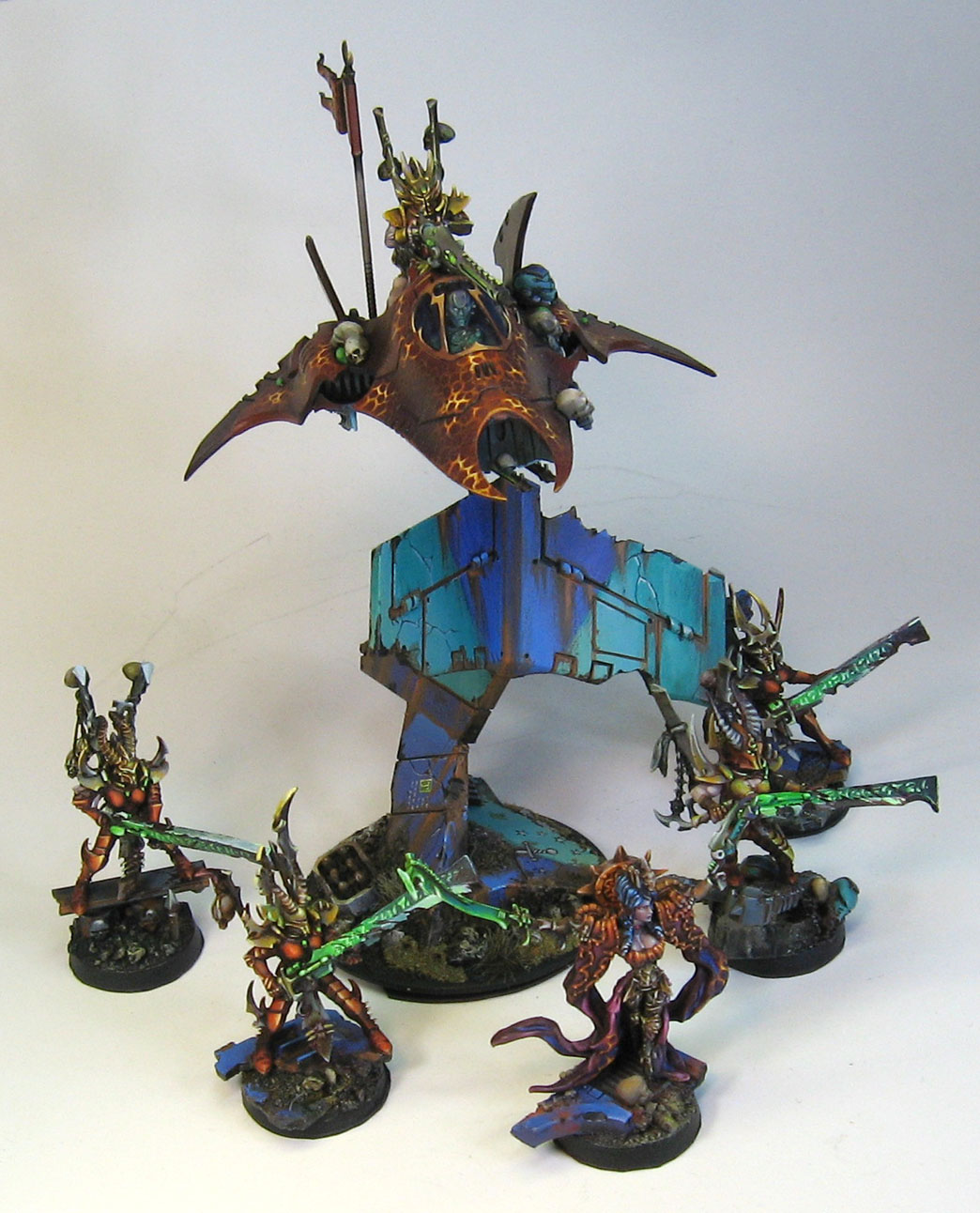 Asharah is another hero figure from the Raging Heroes line.  She had a number of left over options for heads, weapons, and other decorative elements. 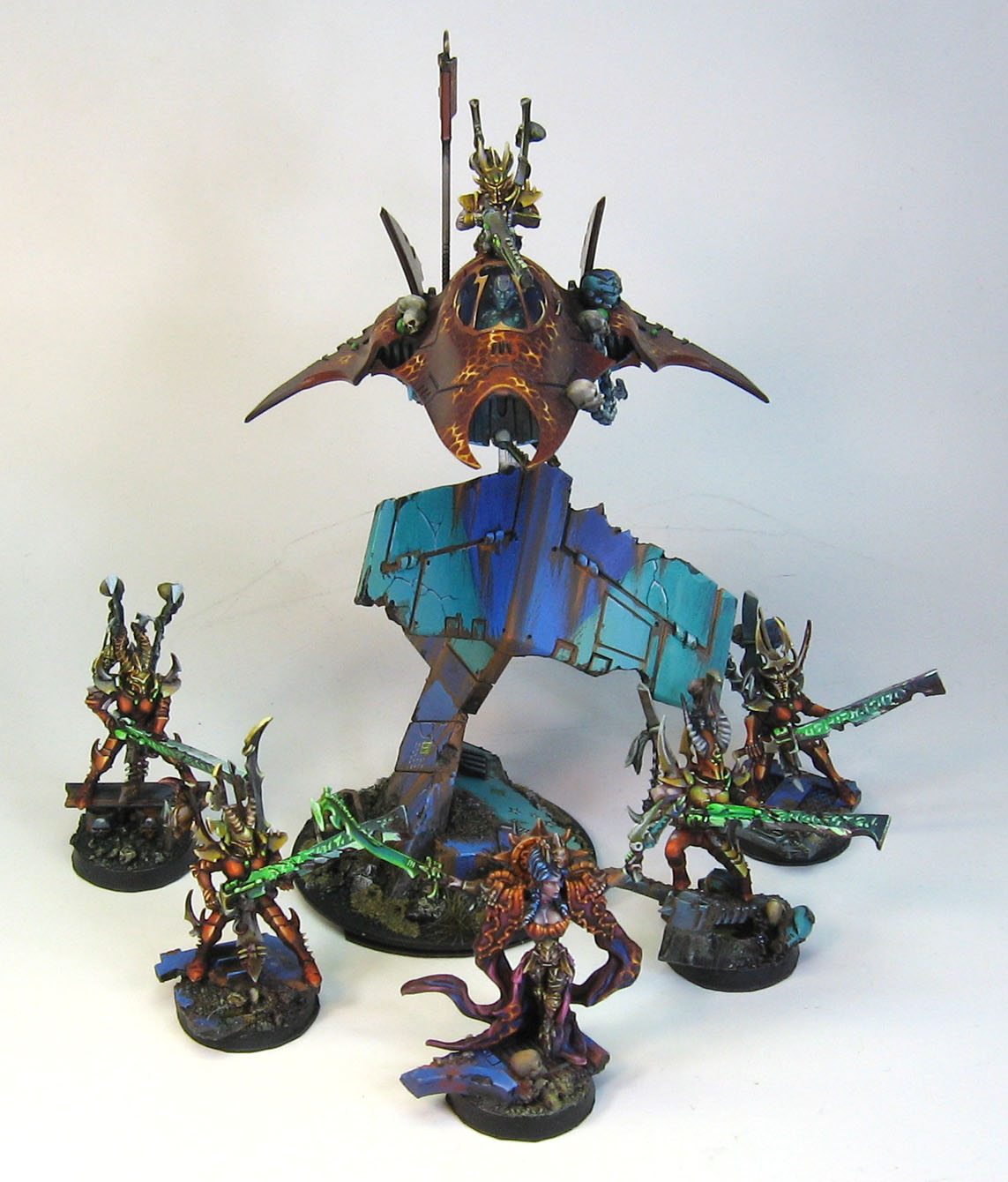 I was able to use many of these extra bits to convert some GW Kabal warriors into the Incubus retinue figures, as the scale was perfect.  I have a few posts detailing how those were made, which you can find in the Dark Eldar army section. 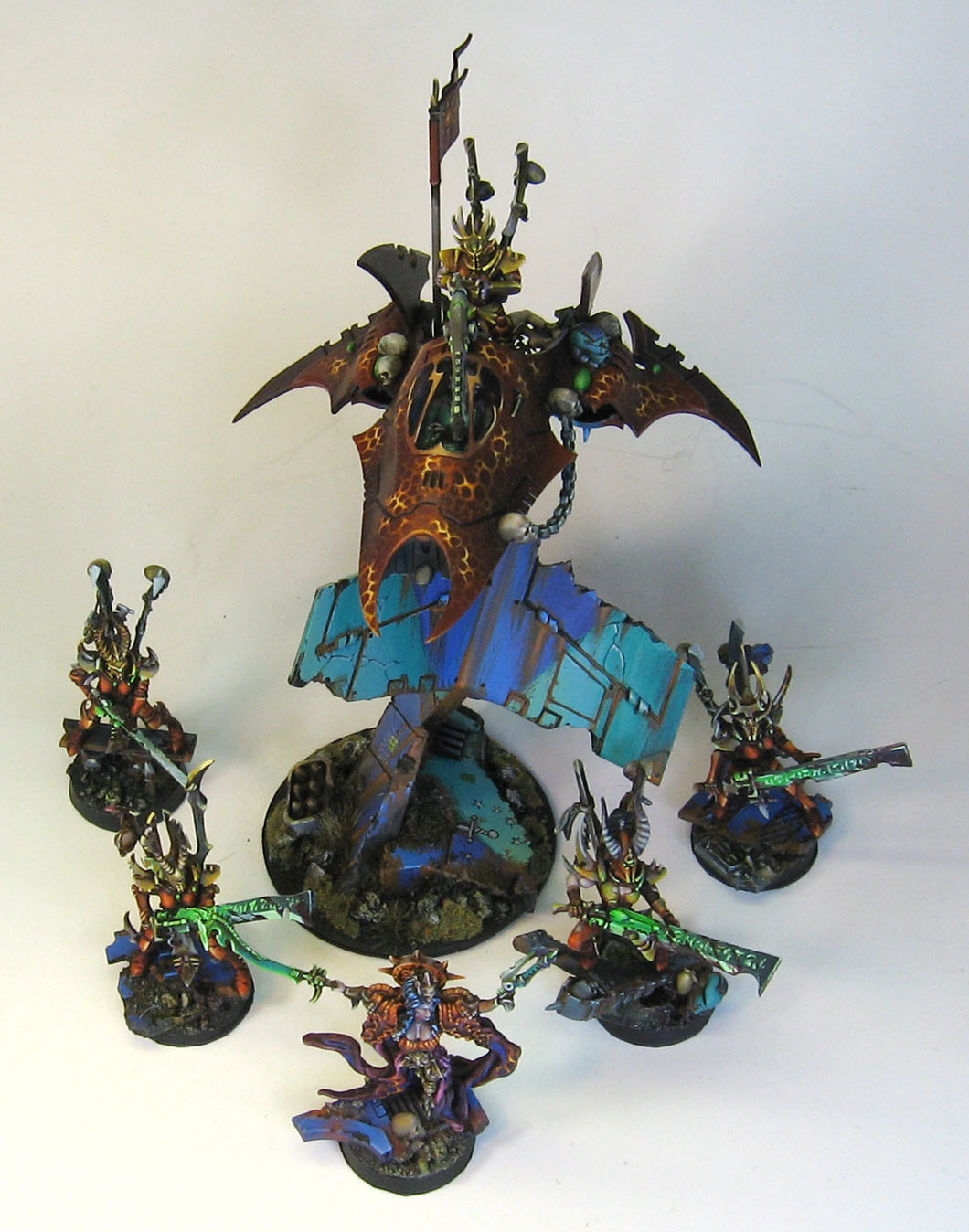 I had a lot of fun with the base of this Venom.  Those who saw the original posts know all about the homage to the "Crashed plane sculpture" that we love to make fun of outside Midway Airport. :-) 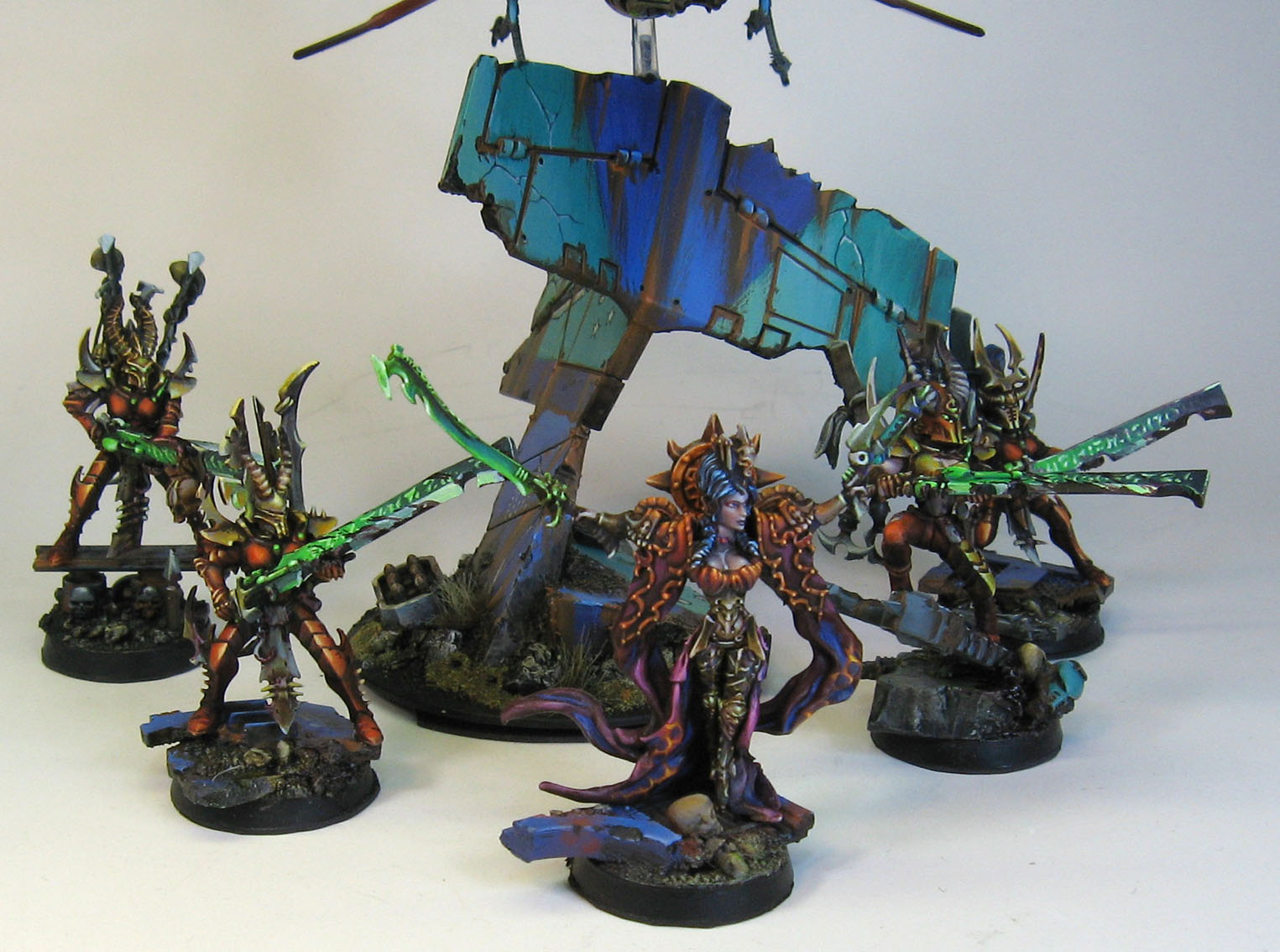 Here are some of the latest unlocks and stretch goal from the Raging Heroes Kickstarter, which is almost down to the final 36 hours!!!  I wonder if this shoudl be my Guardsman (or Guradswoman) Marbo... 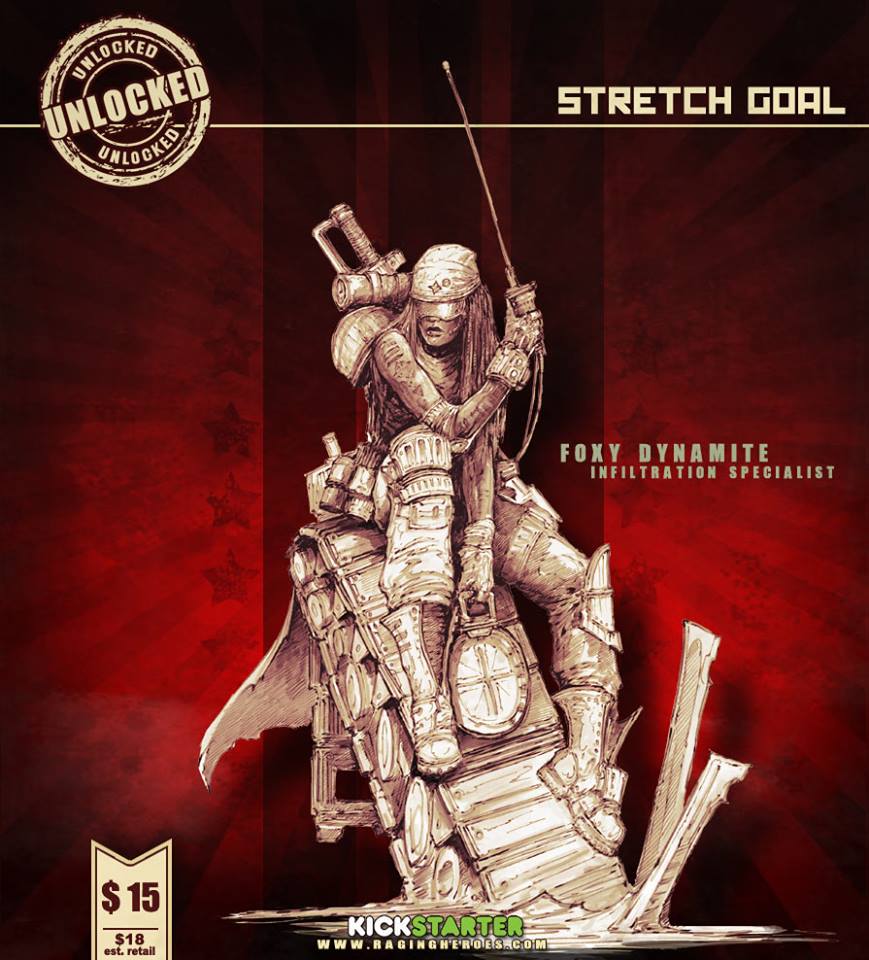 Halfling snipers, anyone?  These will make fantastic Urchins on the mean streets of my Hive City! 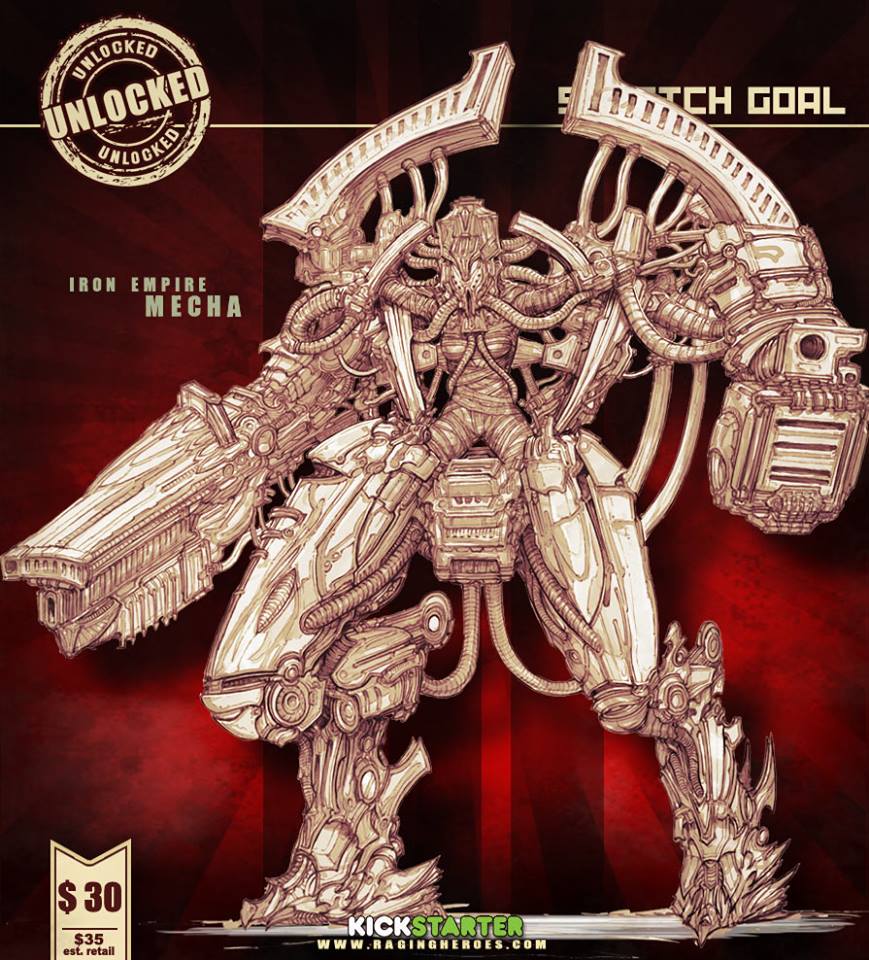 An Ogryn you really don't want to mess with, especially on a bad hair day. 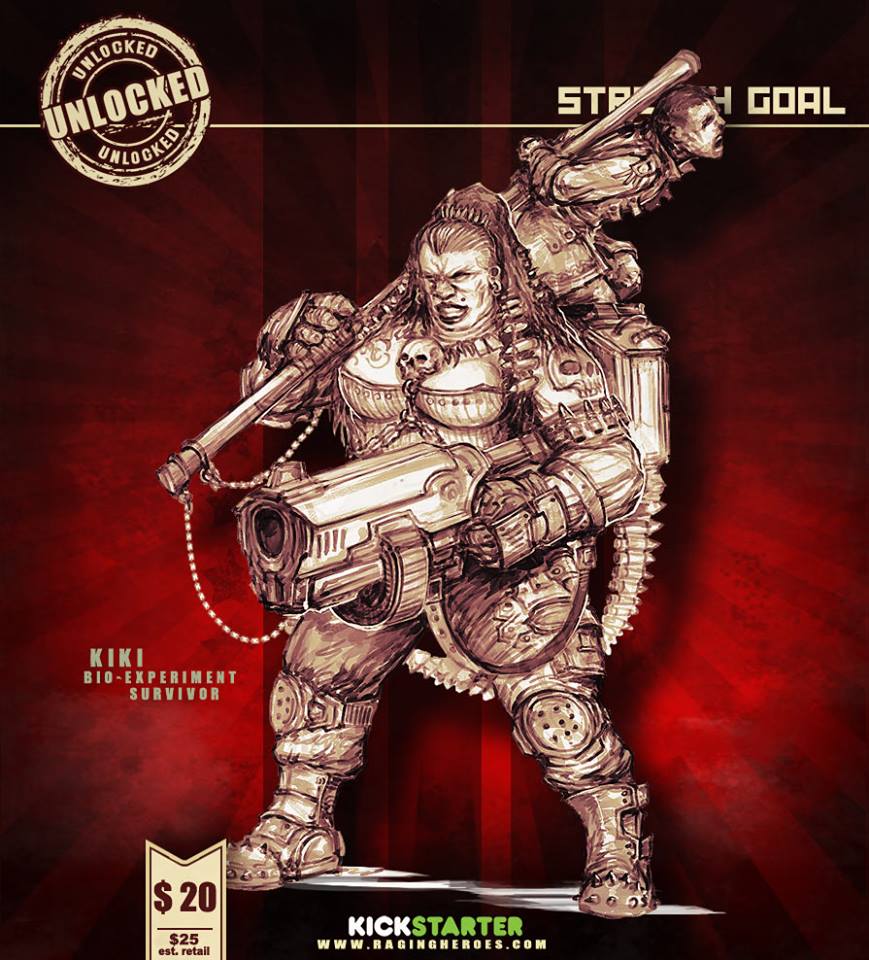 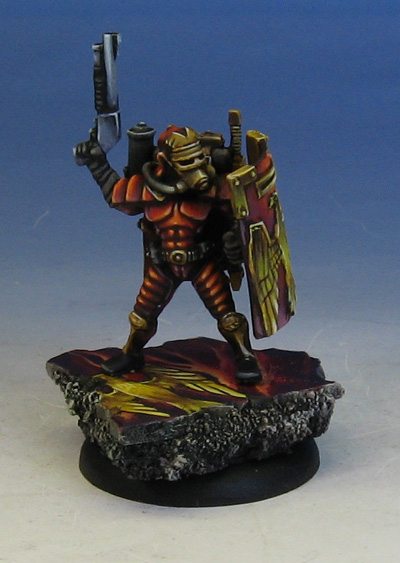 Here are some shots of the mini for the Raging Reds video.  As with the other videos on this kind of subject, the idea is to show as many ways to get varieties in a color as possible.

In this case, I tried to do many different reds... warmer, cooler, less saturated, and so on.  The parts of the armor that face upward have been made a warmer read, while surfaces facing towards the ground were lightened with a much cooler color.

Since I have been asked so many times over the years about how to lighten red without making it either blazing orange or chalky pink, I knew that this particular video had to be made.  That is why it was in the very first set. :-)

Posted by wappellious at 9:59 AM 3 comments: