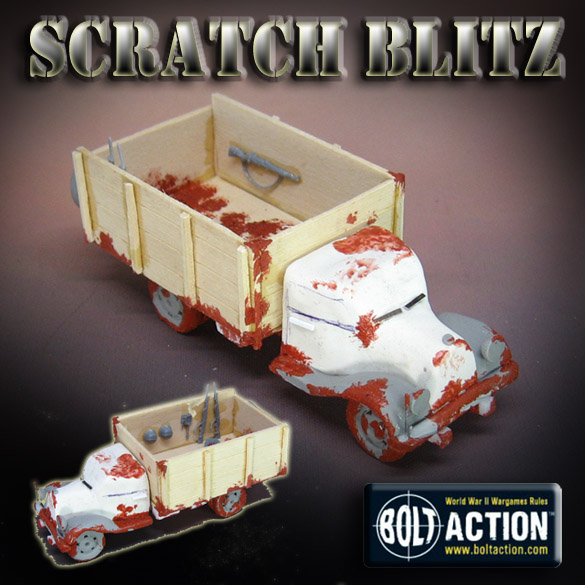 Here's something a little different for you!  In the interest of experimenting with tows for various artillery pieces in our France 1940 Bolt Action games, I whipped up an Opel Blitz truck to haul around some guns! :-)

This was made in less than a few hours, using whatever materials I could find.  Sculpey was used to make the cab and the wheels, since I could sculpt it to any shape that I needed, and even carve in some additional details later.

I have balsa wood as well for my terrain pieces, so what better way to imitate wood texture than by using wood.  Crazy, I know.

It saved a lot of time later on, as I didn't have to carve out that texture.  Had I used sculpey for that section, I would have needed to carve that in.

I thought it might be fun to use some leftover sprue bits such as helmets and rifles to make the open bed more interesting.  The red material is the same Vallejo Oxide paste that I use on my bases.

Not only does this provide some extra texture, there is a structural purpose to using it.  I try to position it around joints to give them a little extra stability.

I put a lot of the oxide paste on the tires, which meant that I could save a LOT of time trying to sculpt or carve in the wheel treads!  By the time the weathering and other mud effects are added, most of the treads would be covered anyway.

It would be a little more difficult to do this on a sandy terrain vehicle like DAK, but this is for the early war Heer forces in the Low Countries.

These views show you the scale on which I was working, and a peek at how the wheels were sculpted.

All I had to do was flatten round balls of sculpey to the same diameter each time, and then press the cap of a super glue container to make the hub caps!  So easy, and it really looks like the actual tires.

First, you press the round edge of the lid into the sculpey to make that outer part of the rim.  Then you flip the cap around and use the five points on the tip to make the lug nut holes.  Tires in seconds!

A Laffly truck was used for scale.  When you see the Warlord Opel Blitz next to this guy, you will be shocked at just how close I got to the actual miniature. 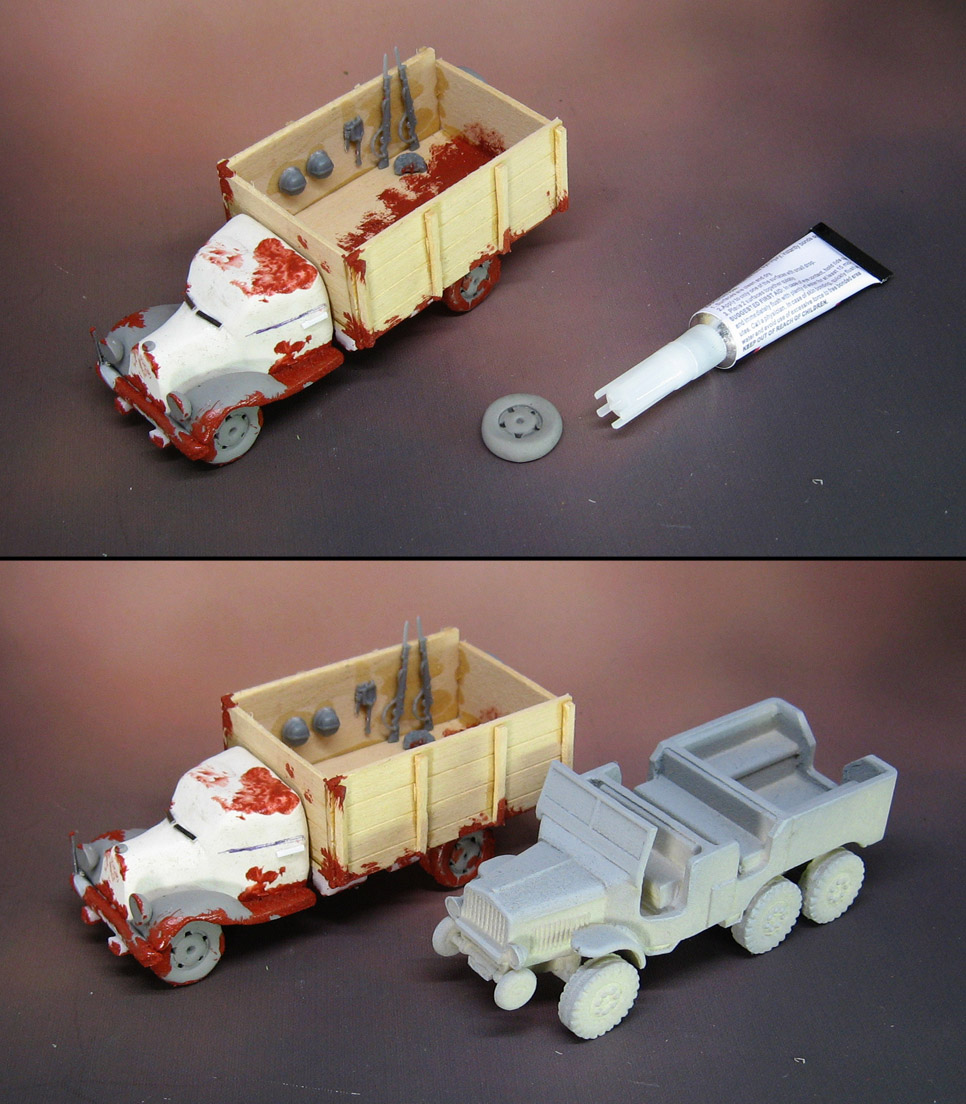 Oh... and here is another peek into the future, the painted scratch build!

This was also a foray into the use of decals, so the experimentation continues at a furious pace.  Stay tuned for more images! 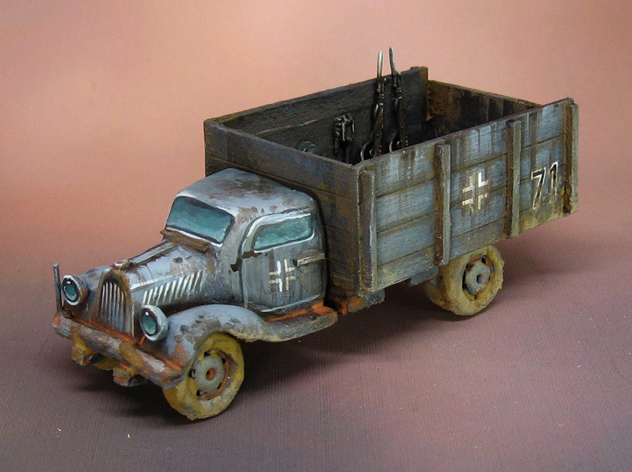