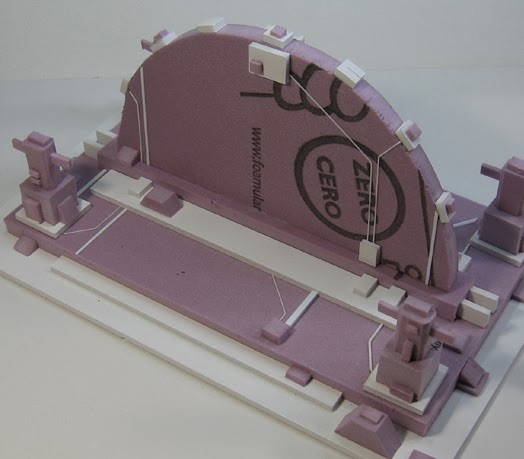 Here are some new images of the warpgates that I made for the videos. 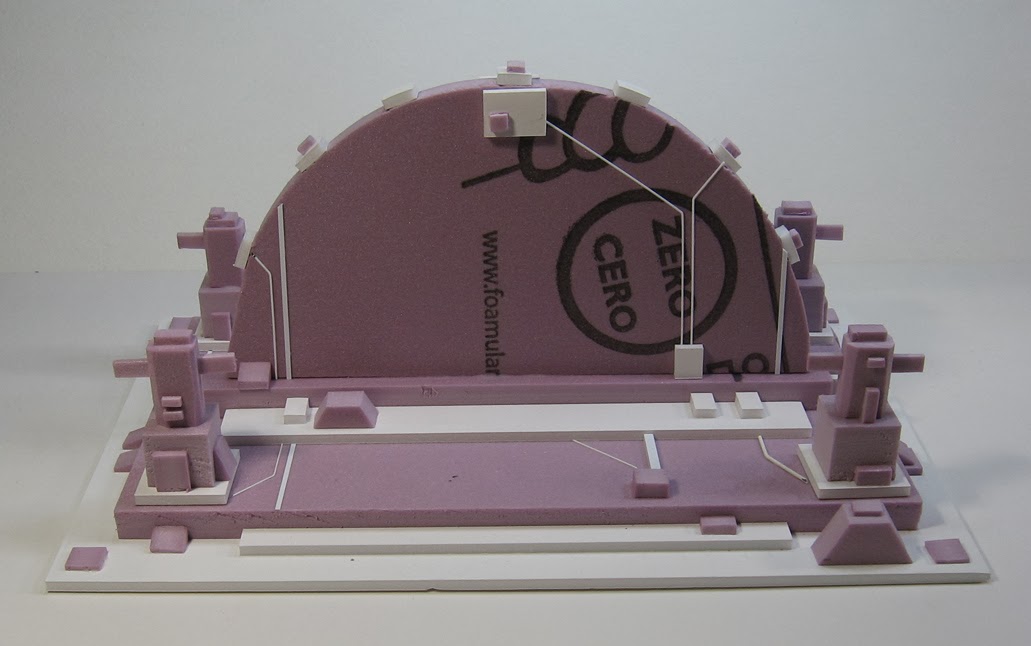 Since there were all kinds of GW parts on the old gate, I had to reconstruct it completely. I also had to make 2 of them at once, since I needed a sample construction for filming and painting. 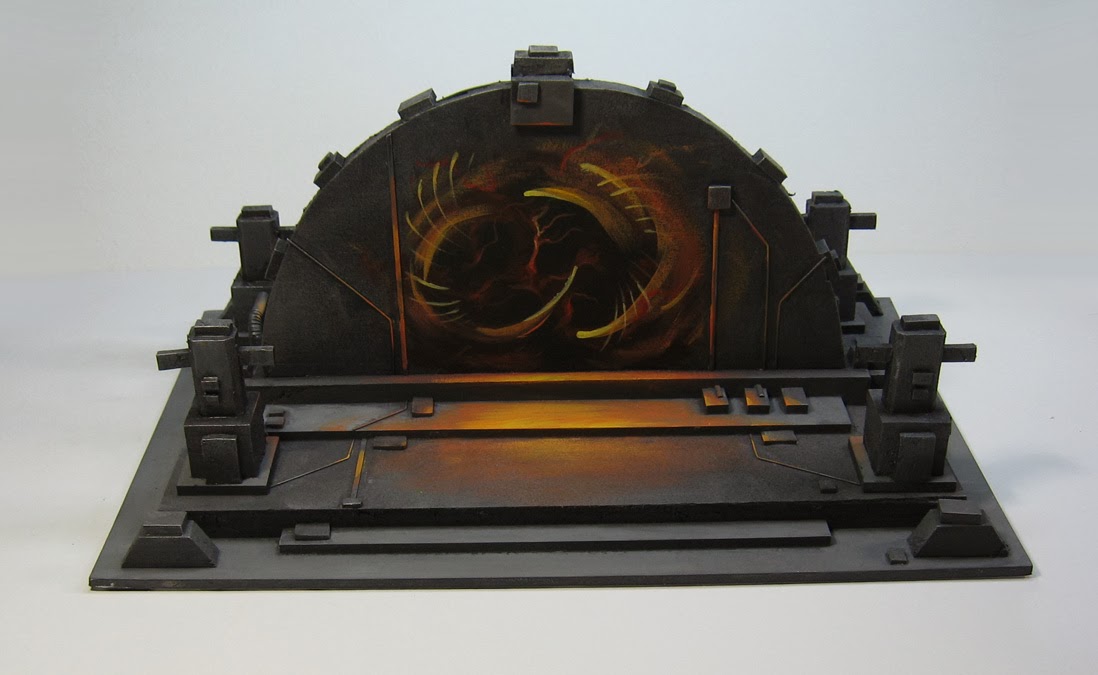 This made the process a lot longer, to say the least.  However, I have 2 of the gates now!! 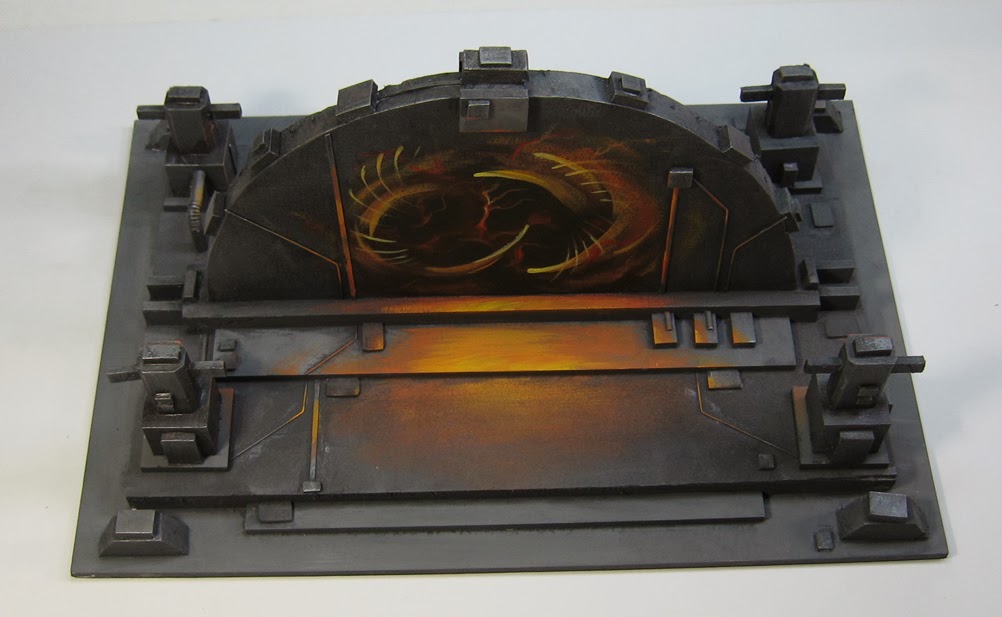 There is still a lot of work that I want to do on these guys.  Lots of lighter colors, and maybe some glowing diodes and other freehand. 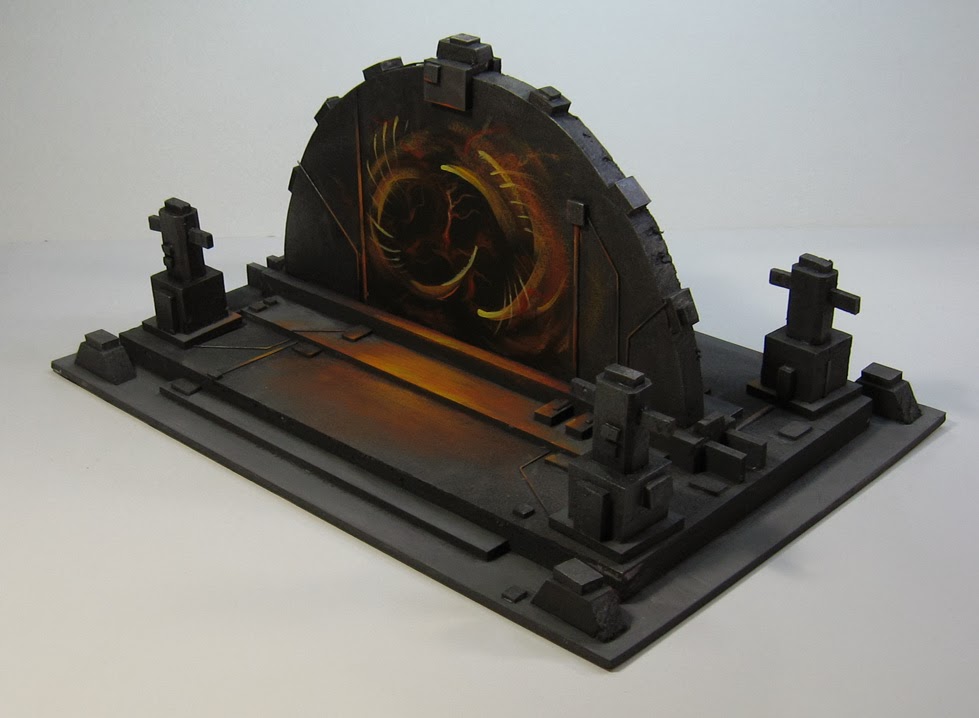 I snapped some images of the Dark Eldar on this gate, so I will be posting those over the next few days... 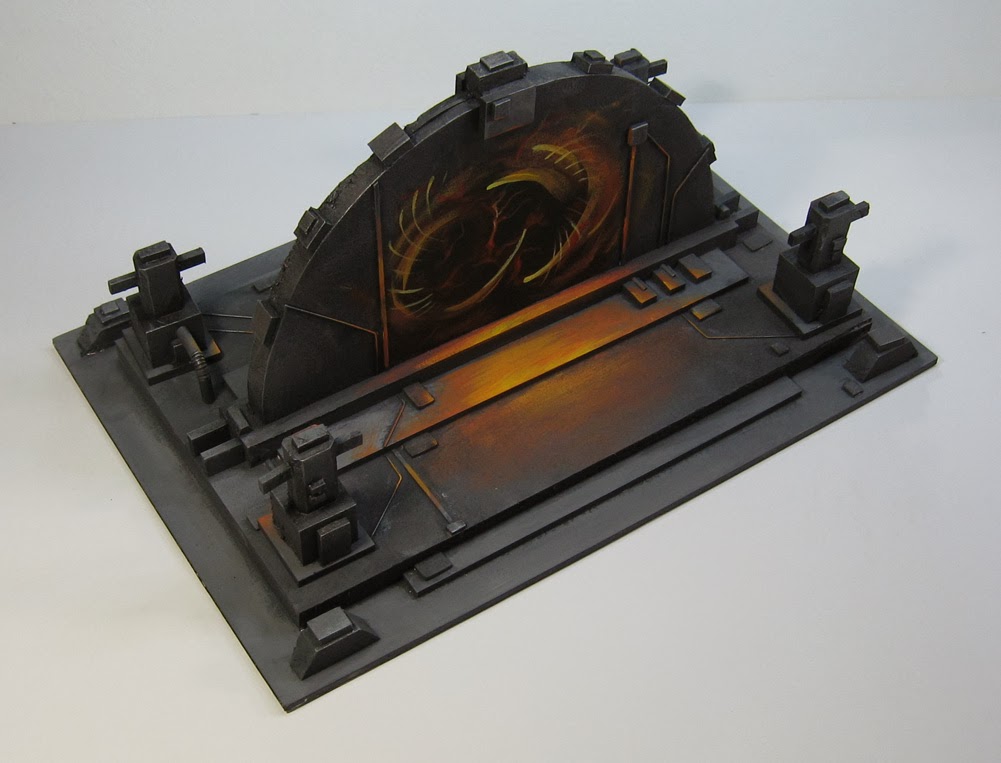 Hanging out in the woods... 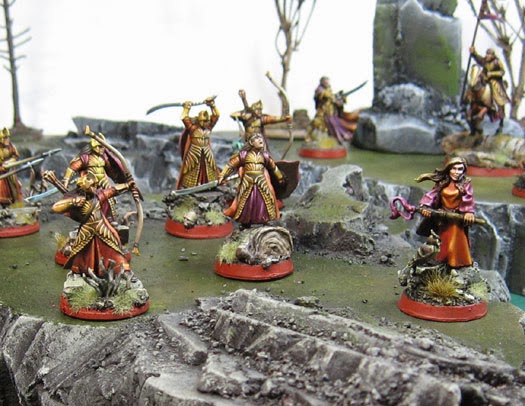 I could not resist the temptation to break out the Lord of the Rings elves once I had all the terrain pieces set up for the box art shoot. 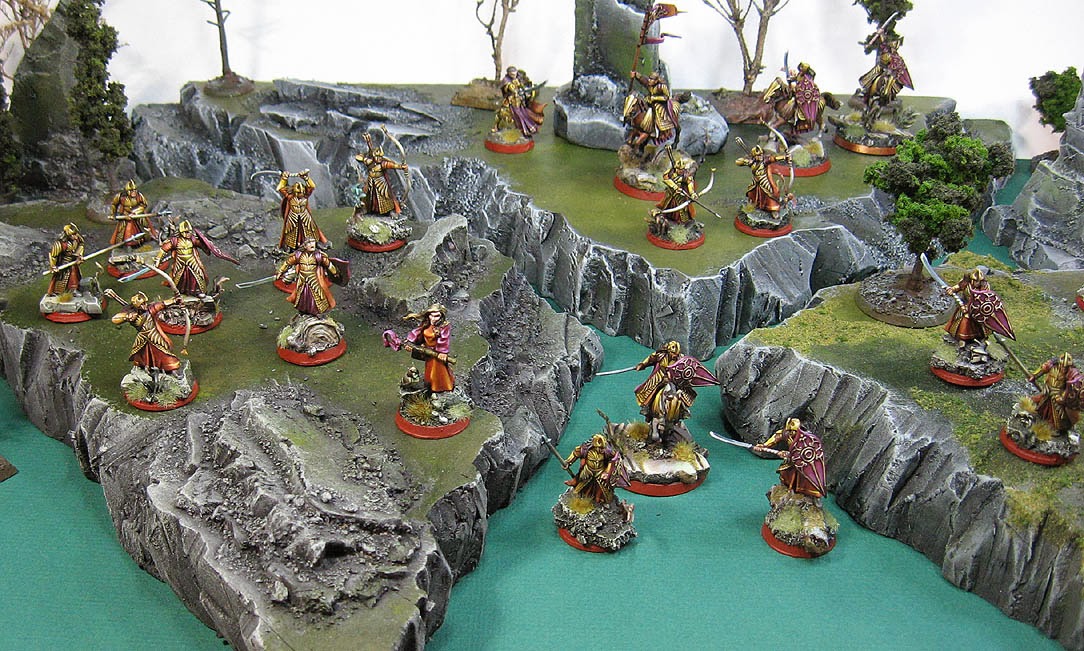 This is just a tiny portion of the entire army, in fact.  There is much more.  I will be shooting some more images of them as I start to add more units to the army. 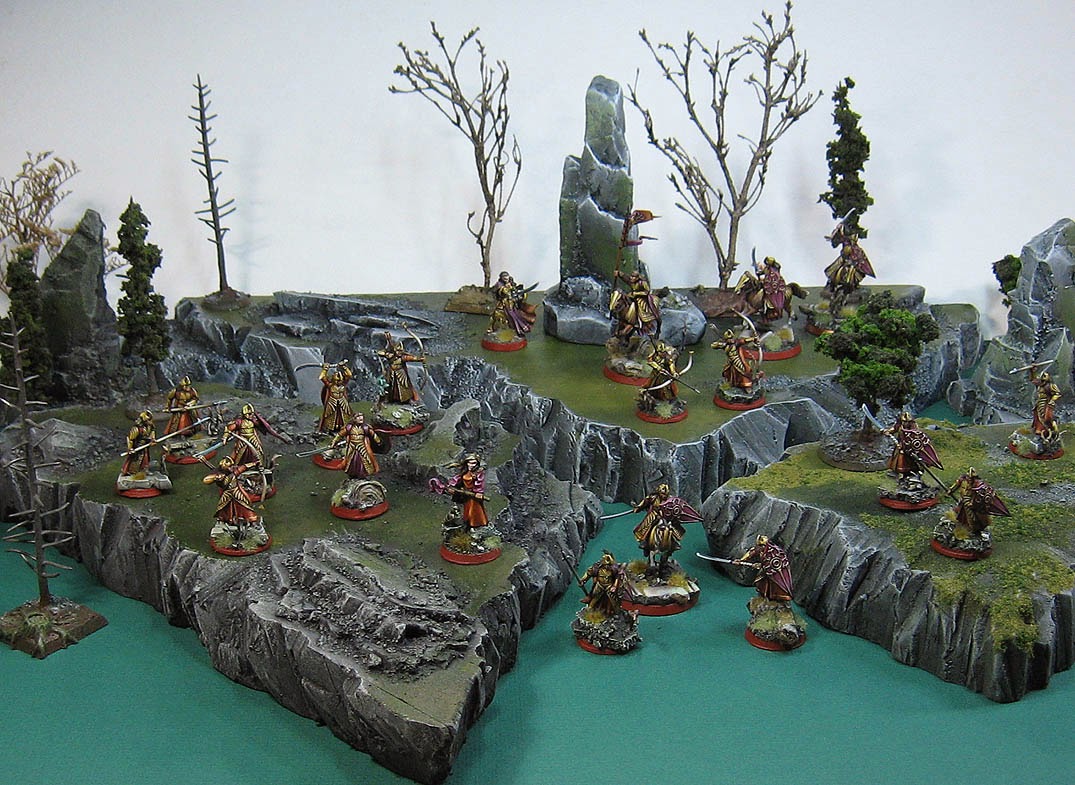 If you look back on some of the previous LOTR posts, it will explain much of the back story behind these elves, and why they have remained in Middle Earth. 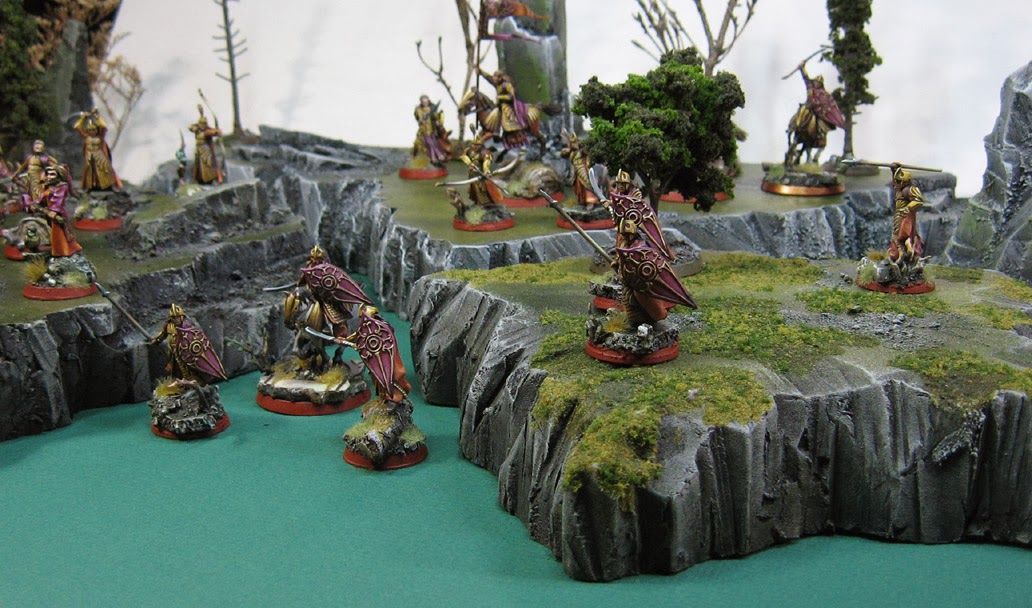 It has been a very long time since these guys have been out of the box.  At least 10 months or so.  I miss playing the game a lot. 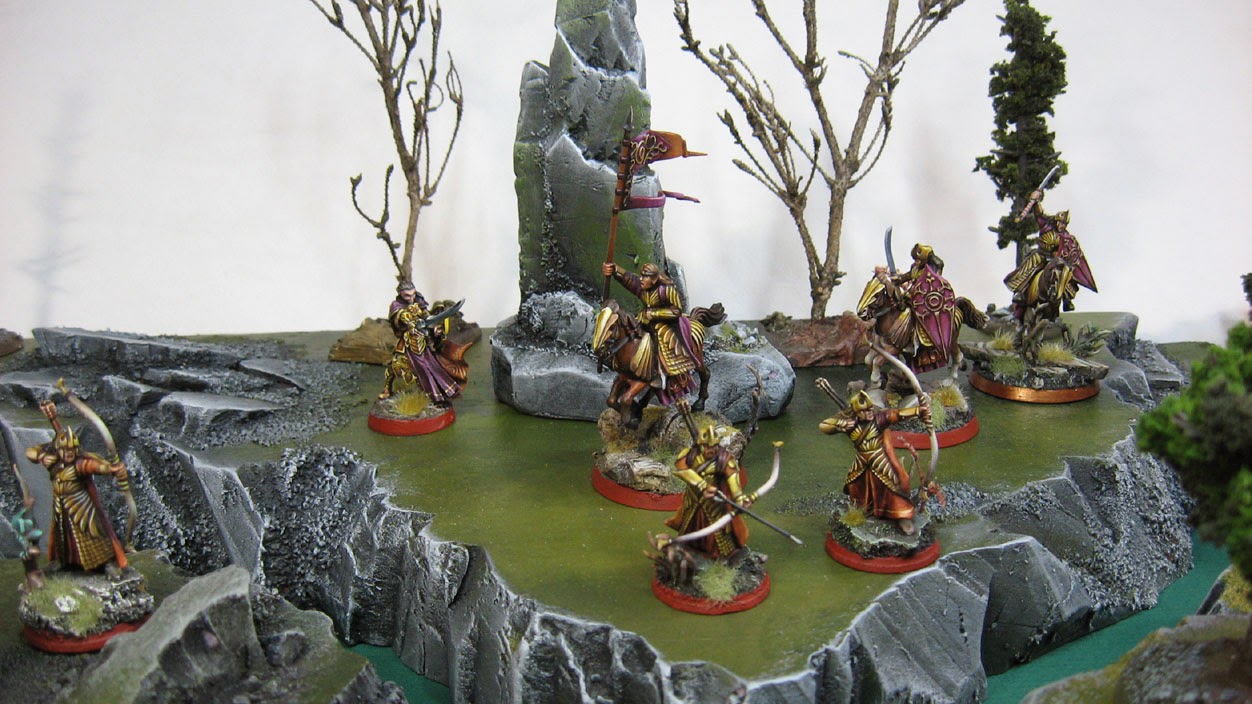 These guys fought over this particular hill many times :-) 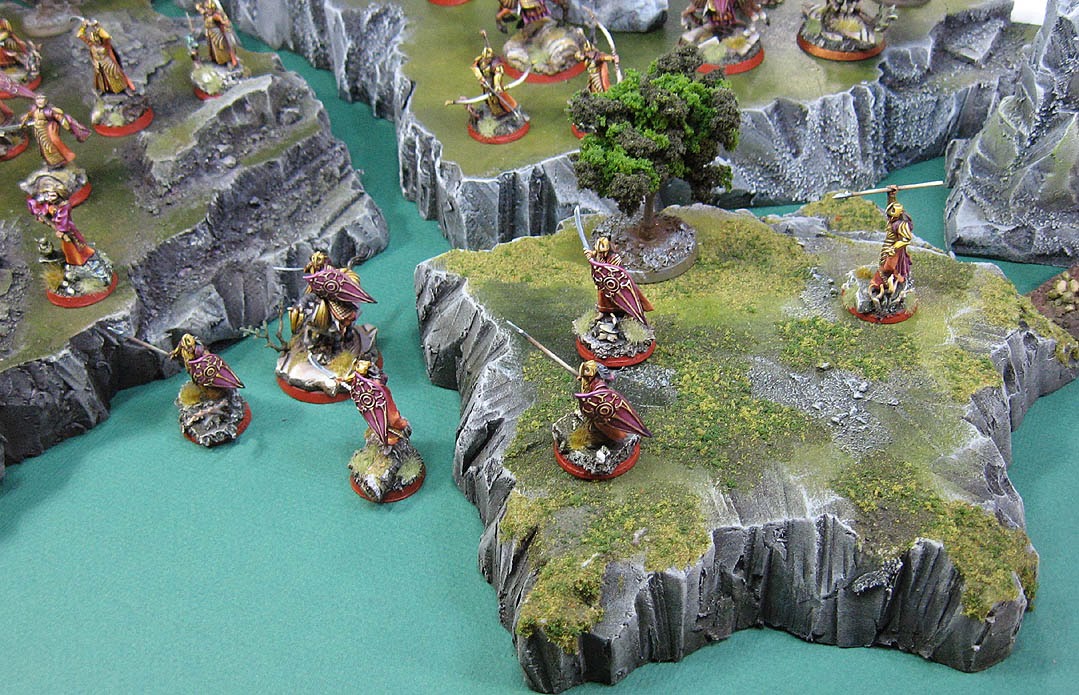 I guess I will have to do some more battle reports once that gets going again! 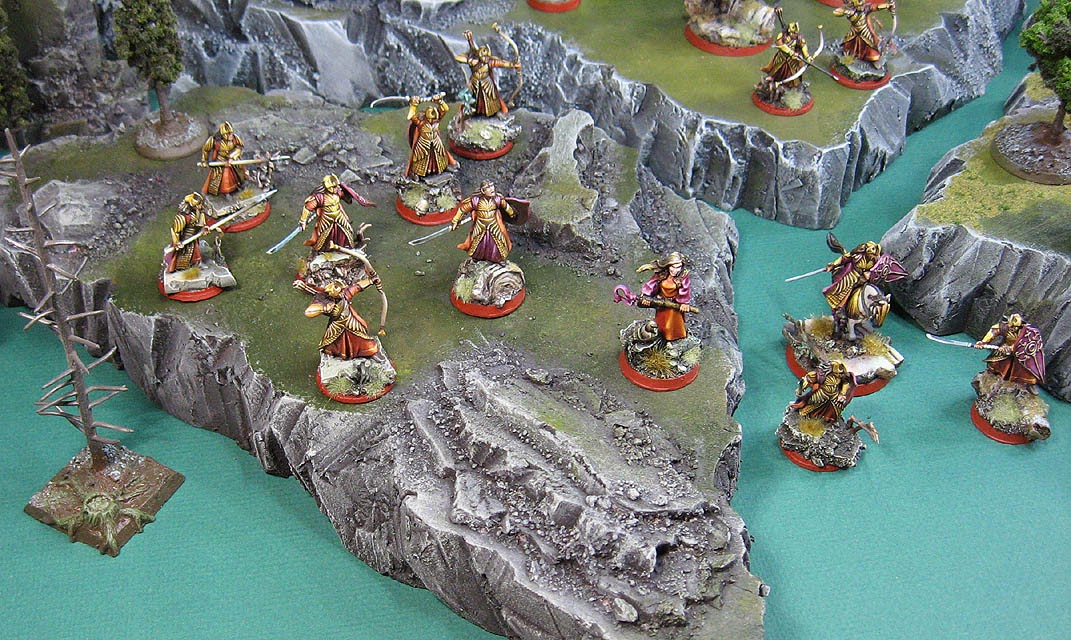 Here's some of the cavalry, who usually did a lot of damage.  They got even nastier when Gwahir joined them!! 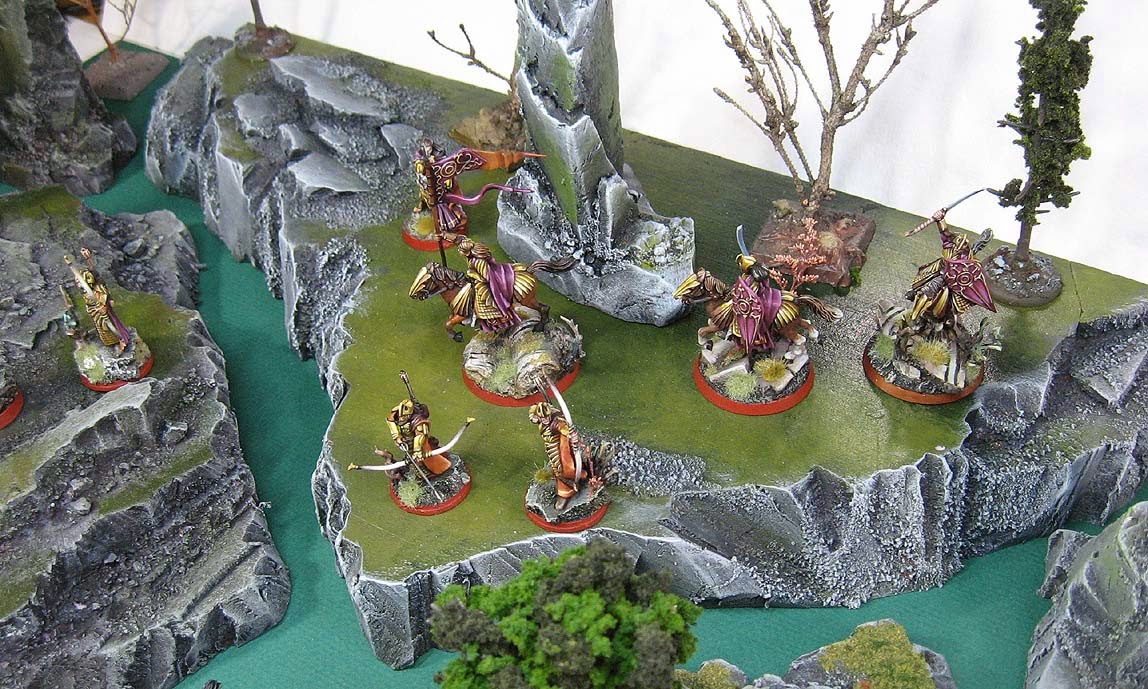 One of the archers did manage to make a Mumakil run away with a very strategic shot.  I think his name was Mortimer or something like that... 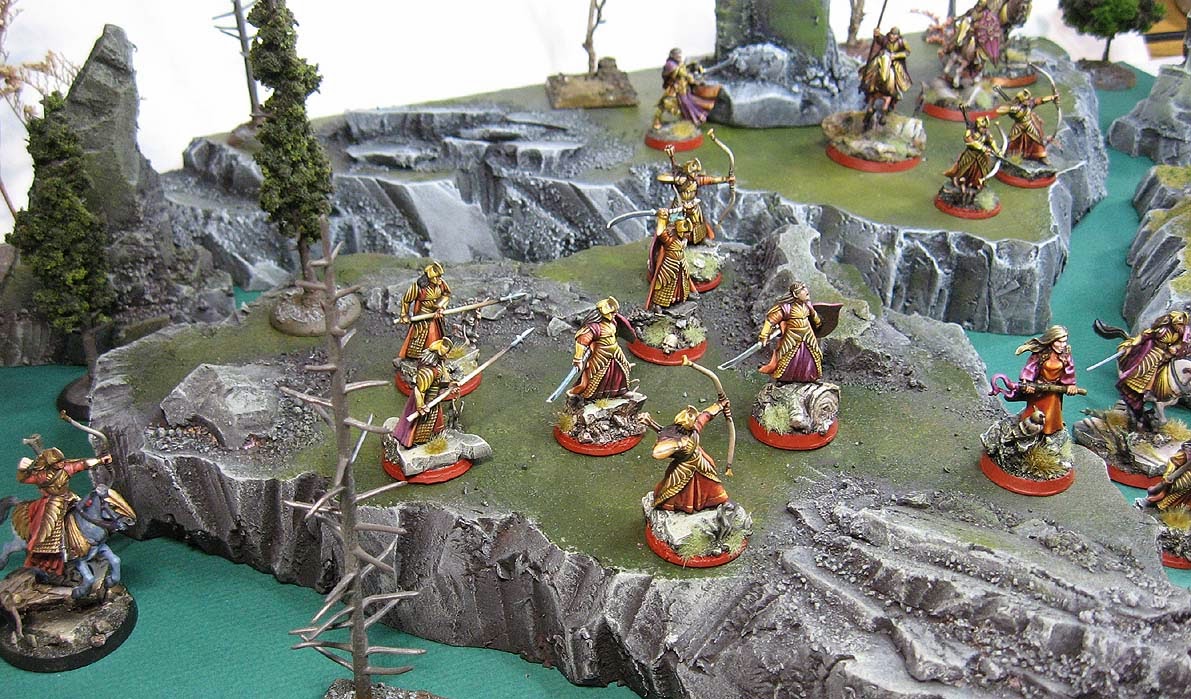 If you check out the terrain building post for the display board that I created for this army, you will see some serious hill construction!  That was a giant board that I called Fortress Falls. 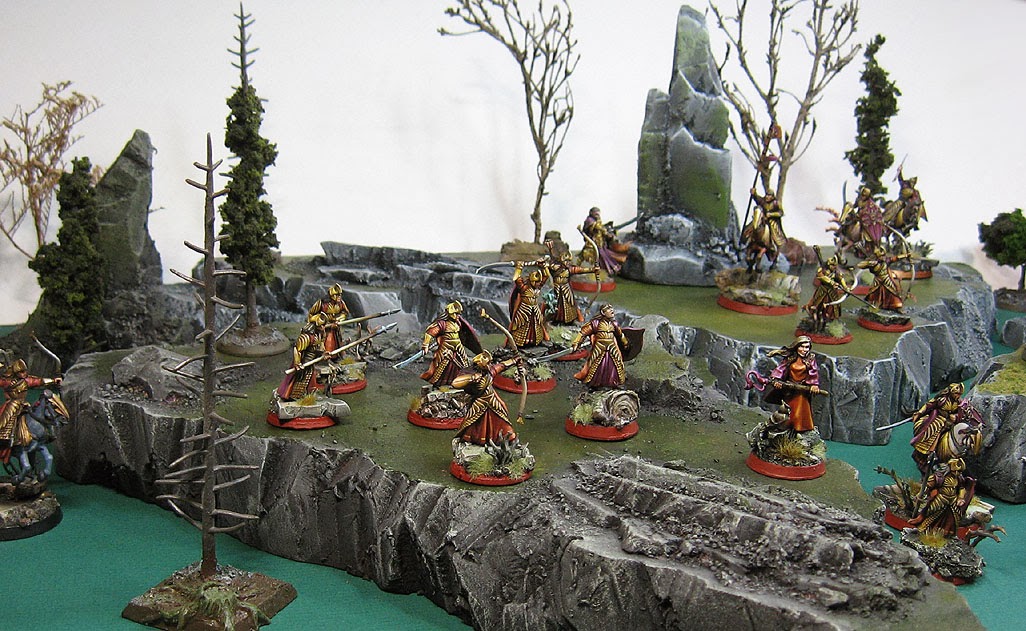 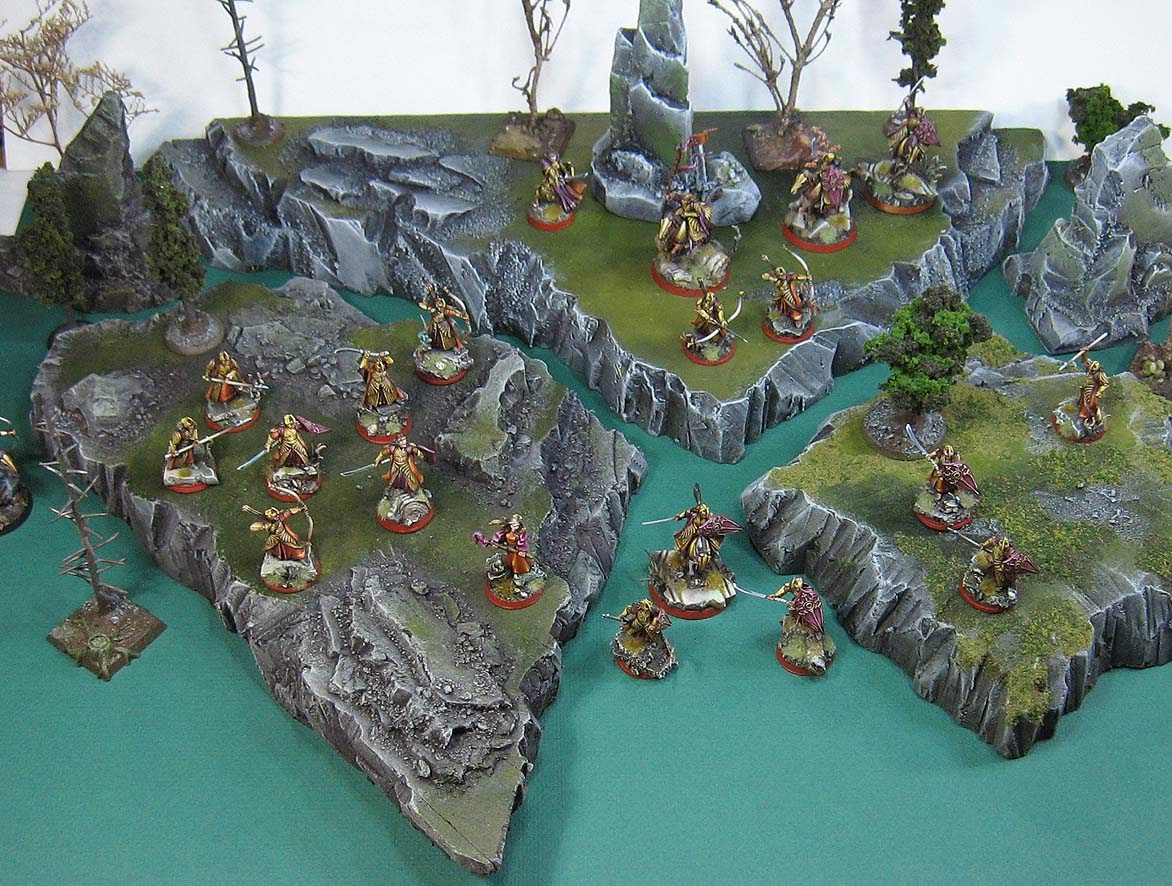 Posted by wappellious at 2:32 AM 4 comments: