Don't be such a Boar! 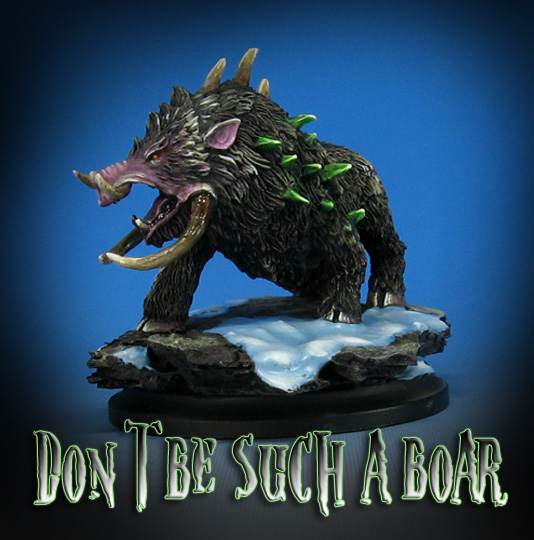 Next up from Mierce Miniatures is one more of the big piggies!  He's part of the grand army of the winter bases, so yet again the bases had to match previous figures.

This version is more of a "champion" type figure, which is something that Mierce does with their monstrous infantry.

That is my favorite aspect of their approach to the figures... whole units of really big guys!  In effect, you have entire units of "standard" size infantry,  medium ogre sized versions of a similar sculpt, followed by truly monstrous beasts.  Ultimately there is one massive critter that completes the army.

I think you will be seeing one of those huge beasties on this blog early next year, so stay tuned for that.

More piggies yet to come, including some group shots.