Stop pushing me around 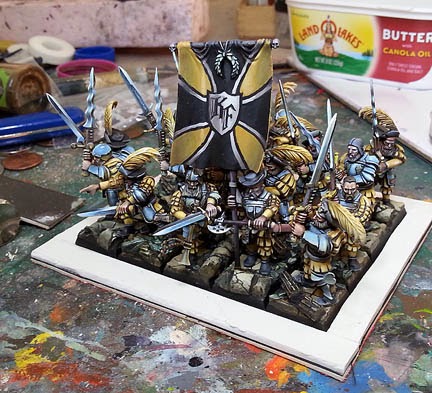 With the figures painted and based and everything else... it was time to make a movement tray!

This would be done in the usual method, starting out with a sheet of mat board covered in refrigerator magnets.  Ranking up and positioning the figures was the typical challenge, attempting to make them look interesting but not hit each other in the face with the stupid swords! 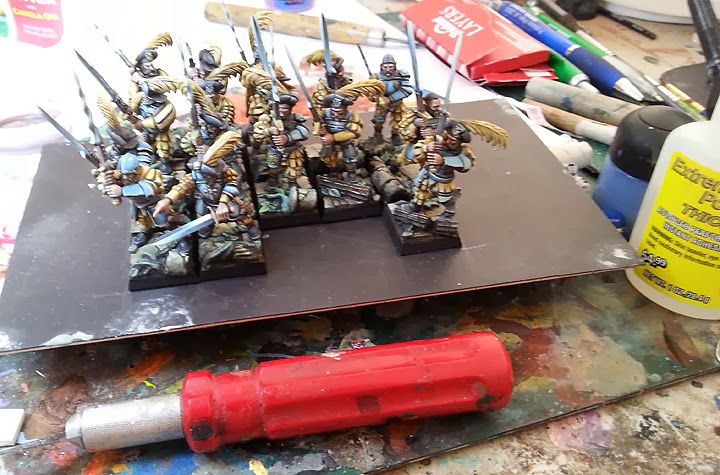 I had a few sheets of baked sculpey, which were cut into strips.  This would lock the figures in place in addition to the magnets. 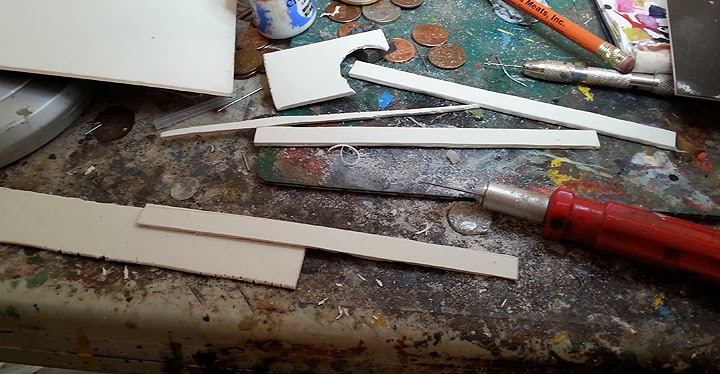 I started to position the strips around the unit, making sure that it did not get too snug.  I have actually trapped minis inside a tray once of twice. :-) 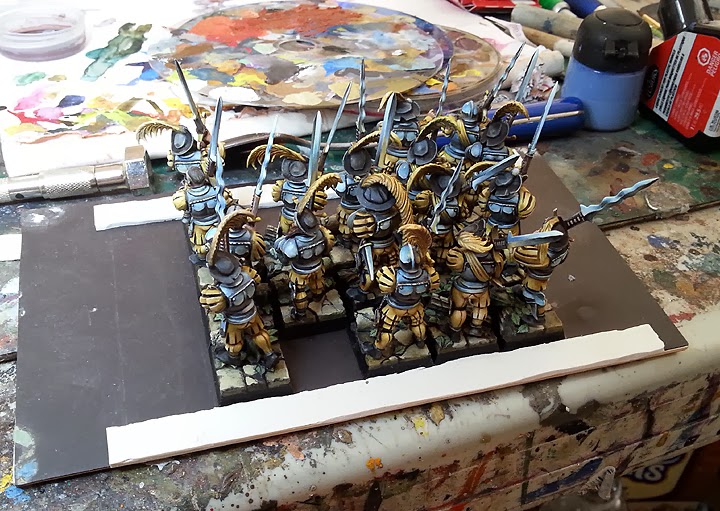 Now for the side strips.  You have to be careful here to keep things at a 90 degree angle.  Things can get a little out of whack if you are pushing on the line of bases too much... 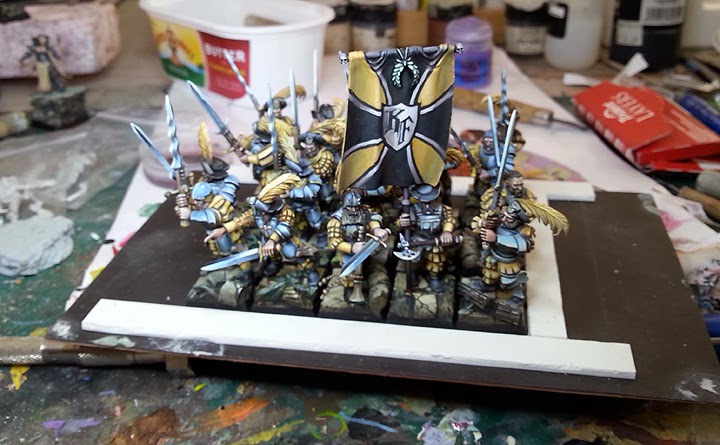 All four sides are in! 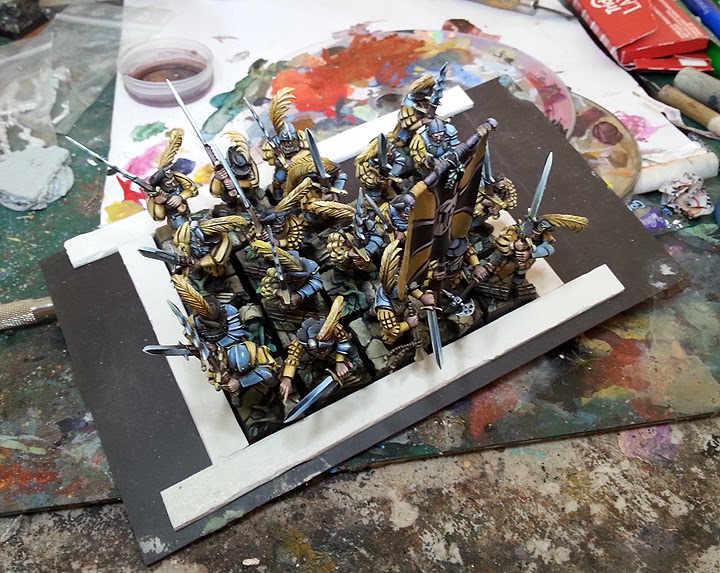 The excess is cut away, and texture is added to the sculpey.  I carved some lines and cracks that lined up with the bases around the edge as much as possible. 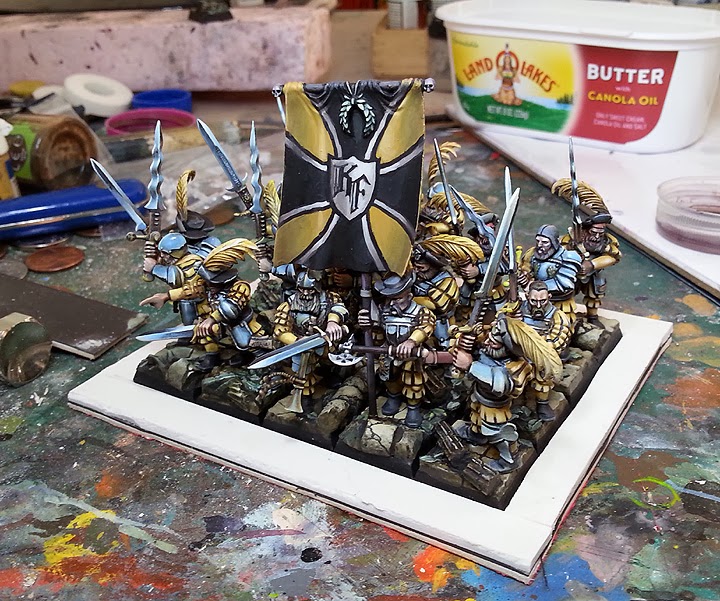 I also added some of the foliage and broken pillars that appeared on the bases.  I concentrated on the corners, so that it would not interfere with the figures.  Also, I could cover up the joints in this way. 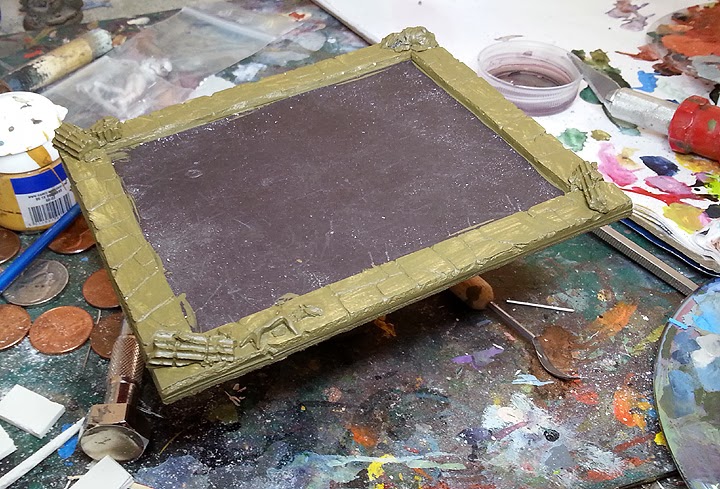 Using the same colors as I did on the bases, the tray is painted to match... 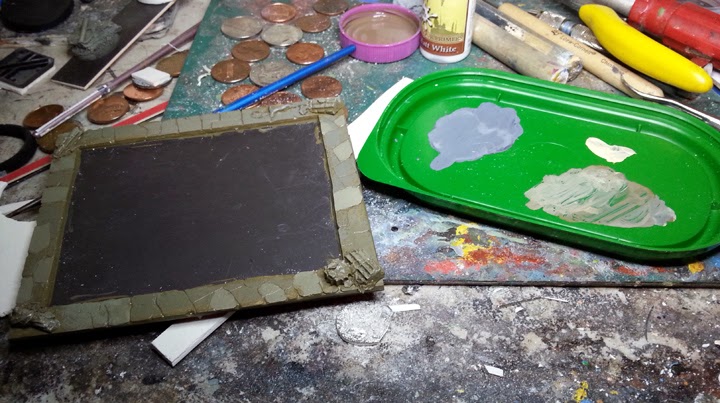 You can see that it really starts to emerge now.  This called for a little more variety in the colors, since much more of the surface is exposed (no figures standing on it!). 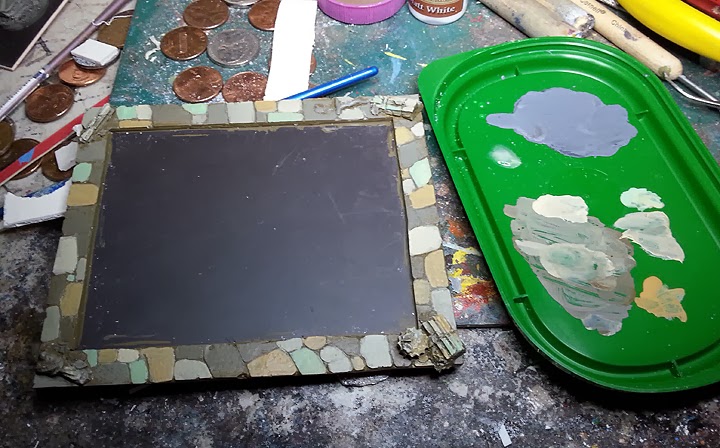 Shading is added, and the cracks between the stones are more defined.

I am taking pictures of the completed unit now! 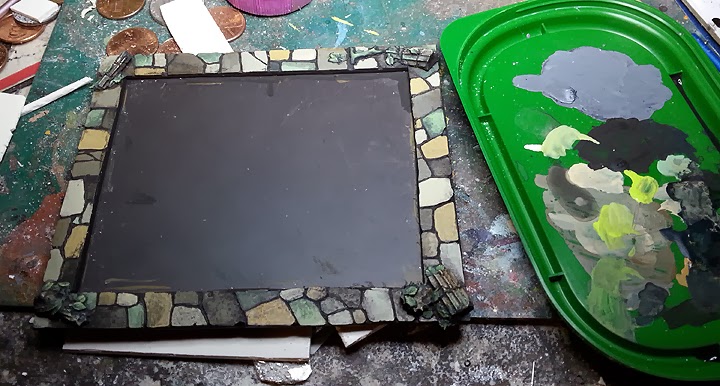 Let's run it up the flagpole... 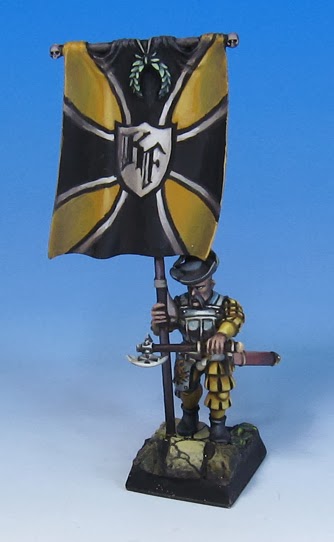 No unit is complete without some poor guy who's toting a flag around (aka: arrow magnet).

I did a relatively simple Averland banner here, since all the rest of the force is in Altdorf color scheme.  Hence the KF in the shield.  Of course, every time I did that emblem over the course of the entire Empire army.  I have been tempted to make that "KFC". 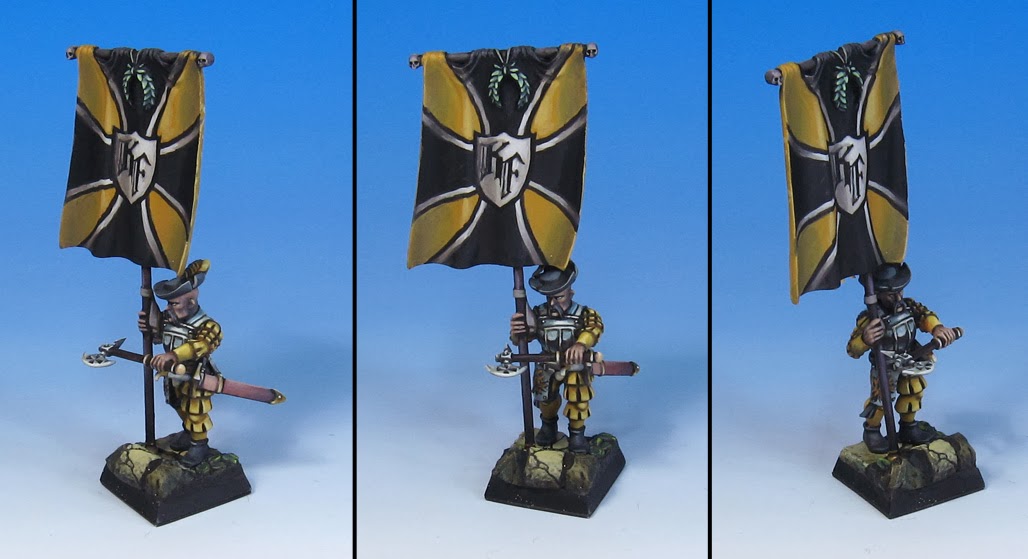 Just like I did with a few of the 40 Imperial Fist banners, the back had a little design as well.  It just makes it look more interesting! 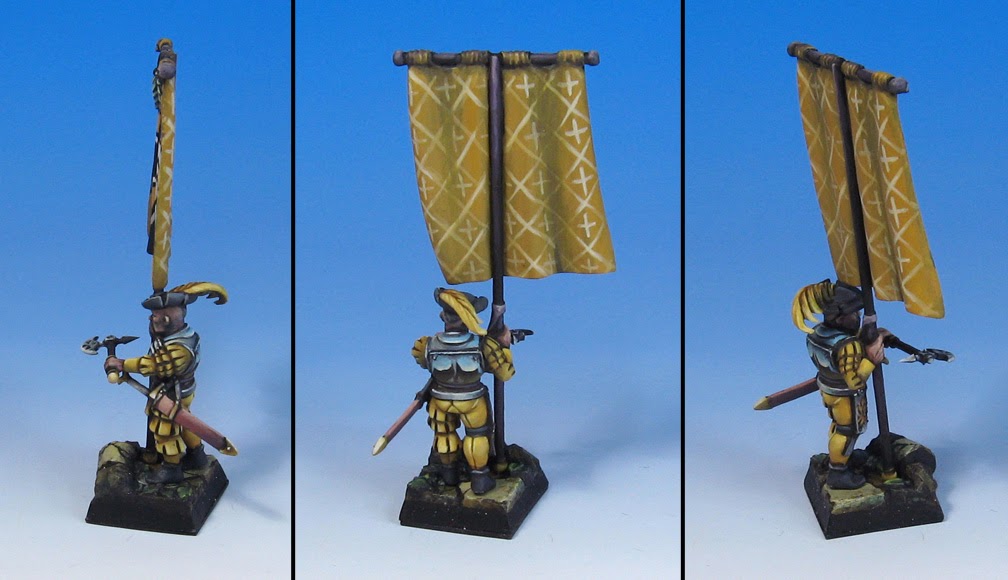 Positioning this flag was interesting.  The margin for error was a fraction of an inch in multiple locations.  It was either going to hit him in the head, or either of the guys next to him.  These bases were pretty complex, and I was not always able to place them where I wanted.

I even had to shave away some of the decorative elements here and there to make room for the stance.

Next up, a few quick images of the movement tray being made!  Stay tuned. 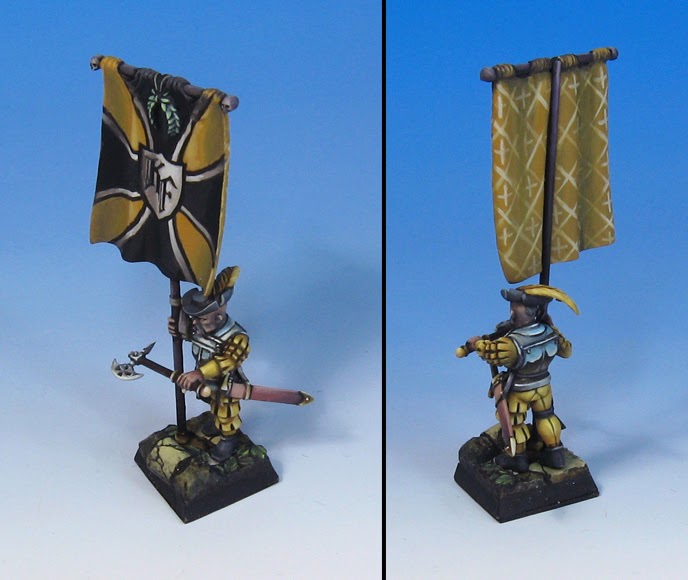