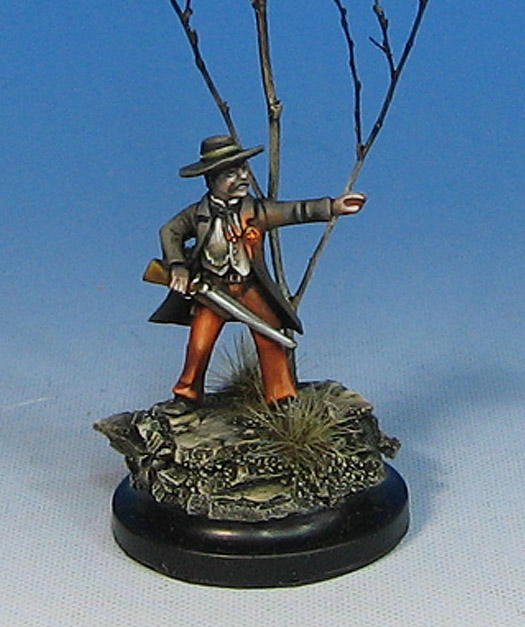 One of our favorite aspects of Wild West Exodus is the impact that civilians have in the game.  They can block movement, line of sight, or even step on land mines!  If you don't think I'm serious... this has actually happened in a game.

You can shoot them, and even grab them to use as mobile cover.

I have been experimenting with other elements, such as moving objectives kike a her of horses, the famous zombie attack game, and so on.

These figures are kept to a slightly smaller scale than the WWX minis, so that it's easier to tell them apart.  You have seen a number of Reaper miniatures used in this way, but now I have a string of Artizan miniatures from their Tombstone series. 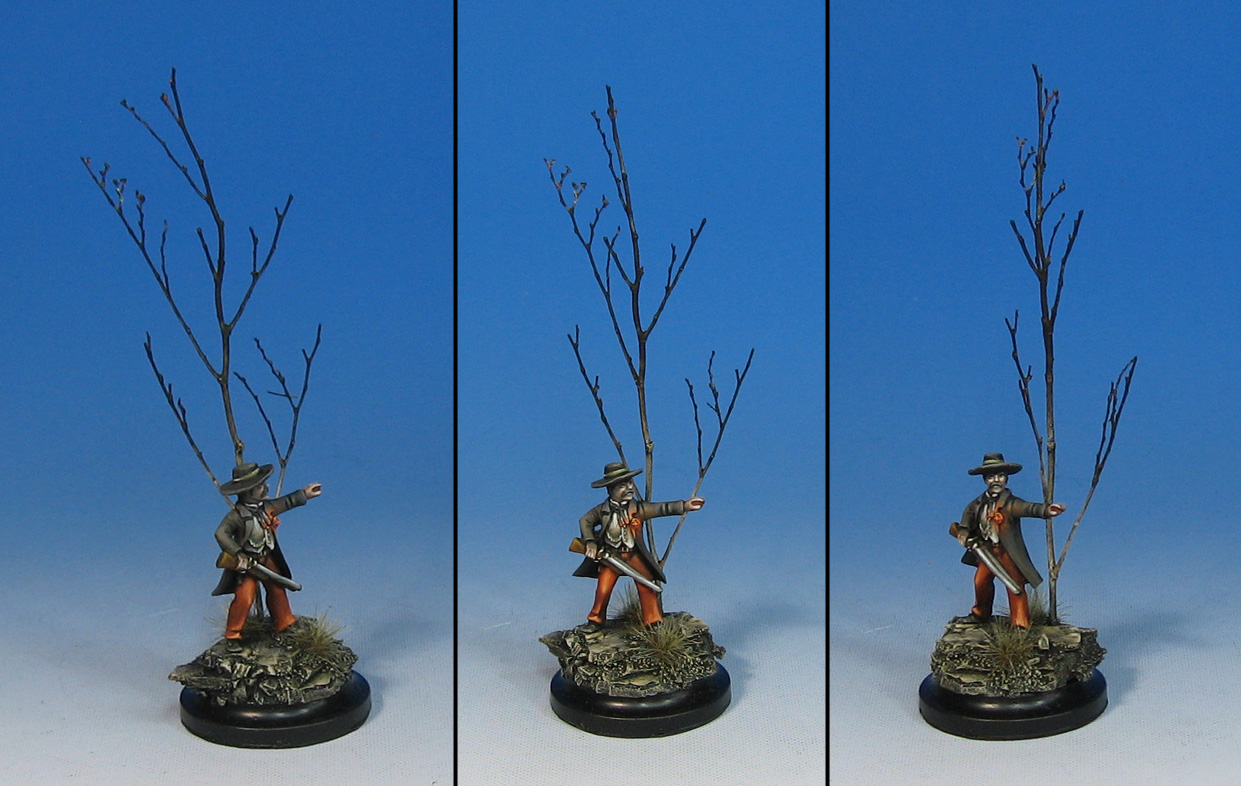 This guy is one of a few "deputies" which are brought onto the table via a trigger.  That is, accomplish this objective or task, and you get these additional deputies.

They would not have the same stats or capabilities as the 'real' Lawmen, but still a threat.  Obviously, killing them gives the opponents VP's as well.  We do the reverse for the Outlaws.  These really enhance the game, as you can't custom fit a list to an opponent, since you will have to worry about moving objectives, and additional NPC's coming onto the table in the middle of the game! 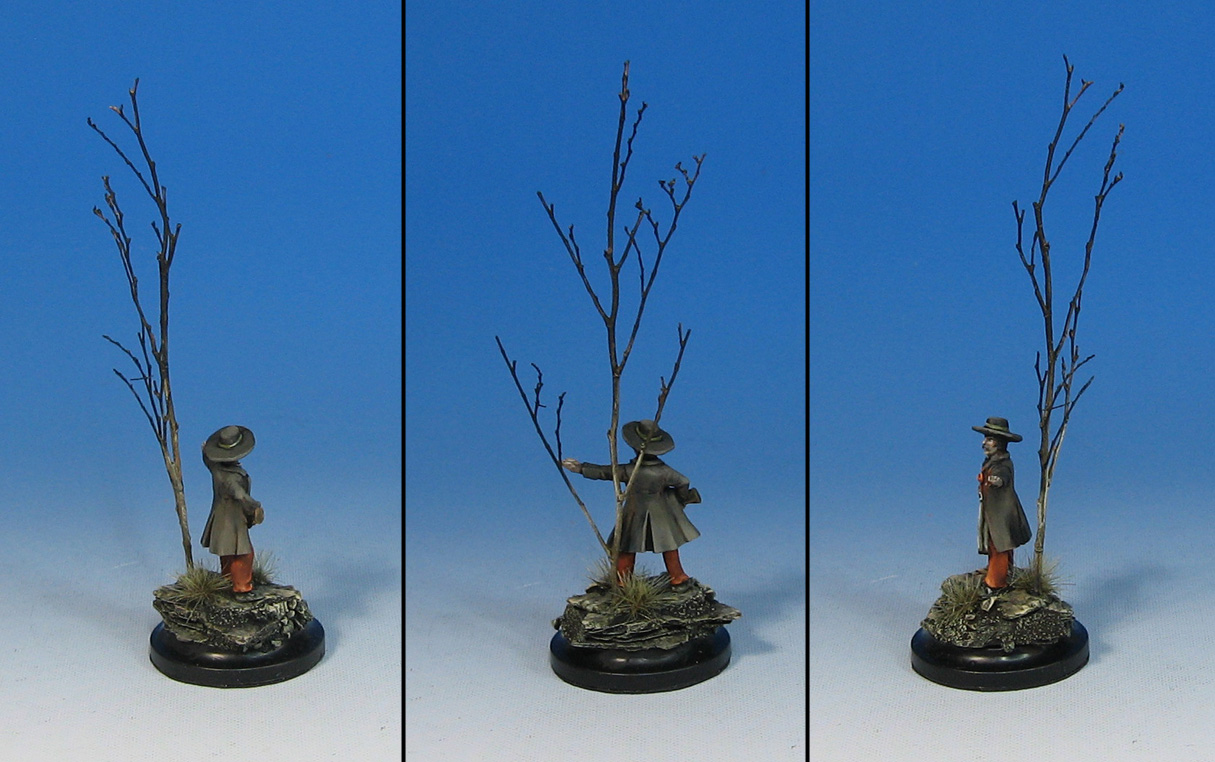 Posted by wappellious at 3:12 PM No comments: 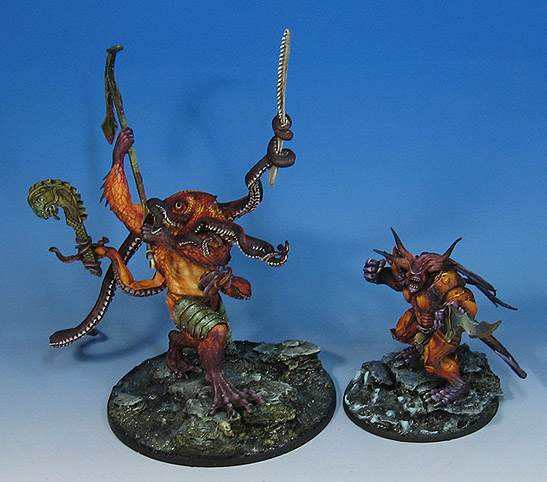 It occurred to me that it might be interesting for you to see the latest Mierce Monster next to a truly colossal beast. 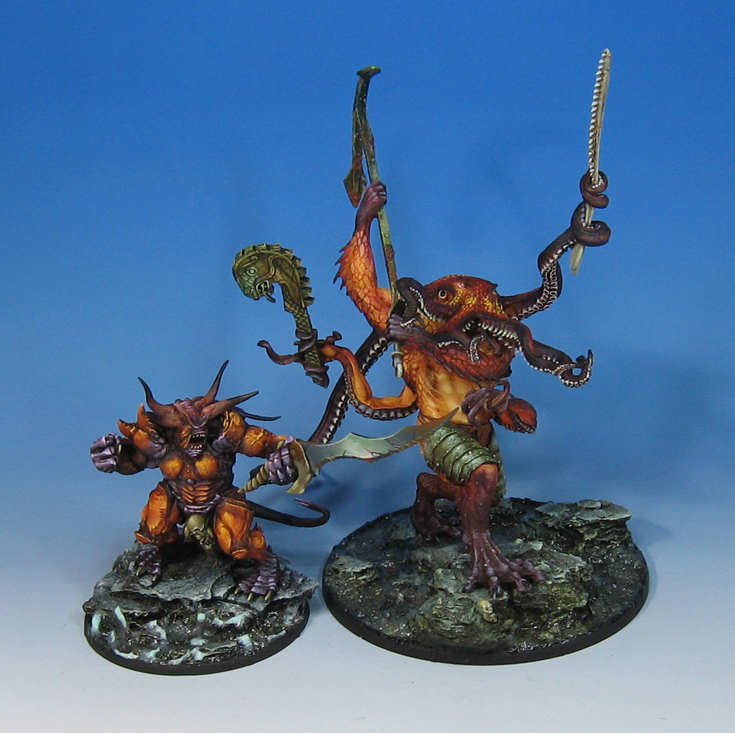 As a reminder, the octopus man is standing on a base that it larger than a DVD. 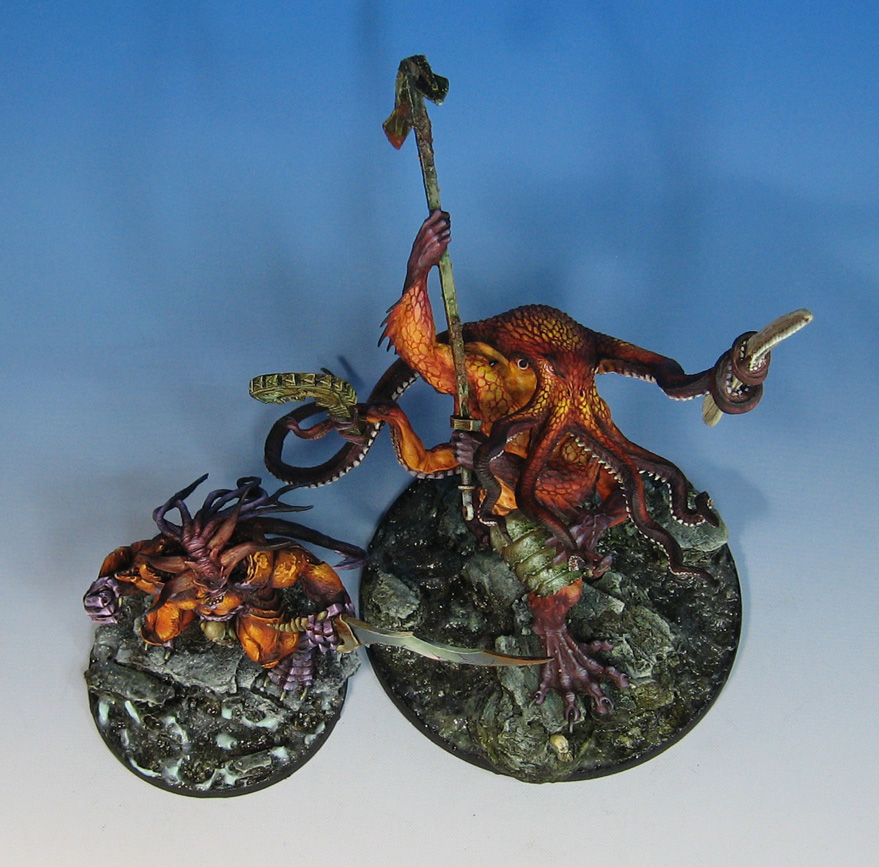 And you thought the crustacean's base was big!!! 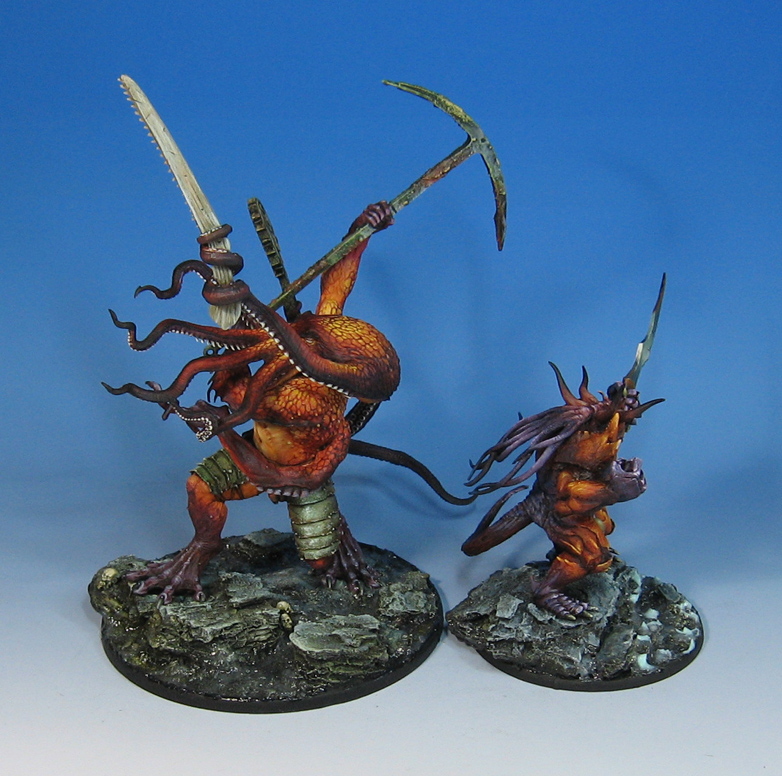 I was also looking for some symmetry with the color schemes as well. 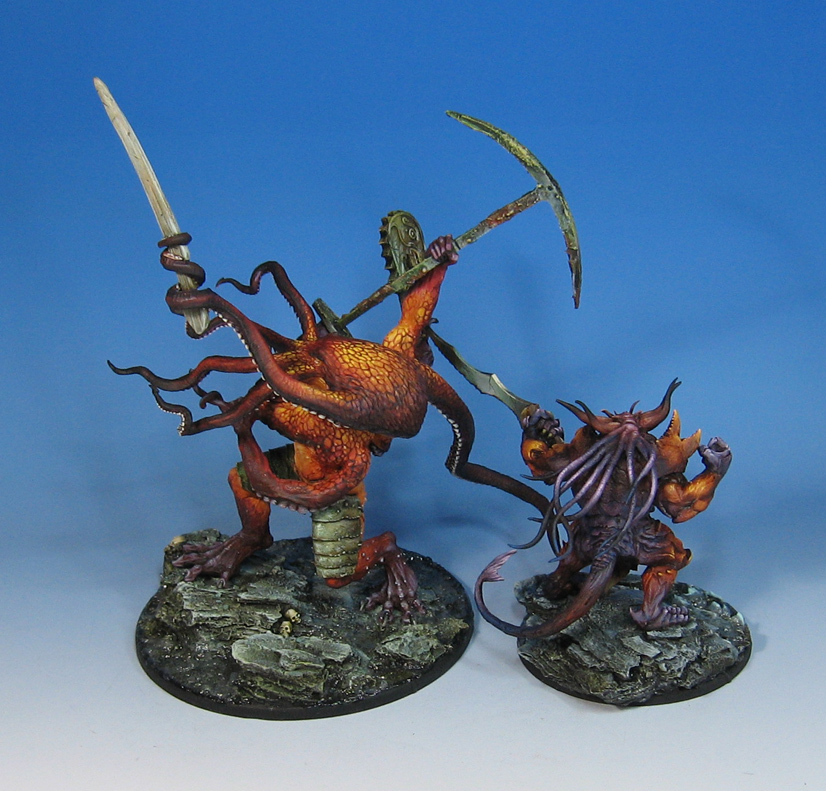 I enjoyed the play of the brighter reds and oranges vs the cooler purples so much, I had to try it again! 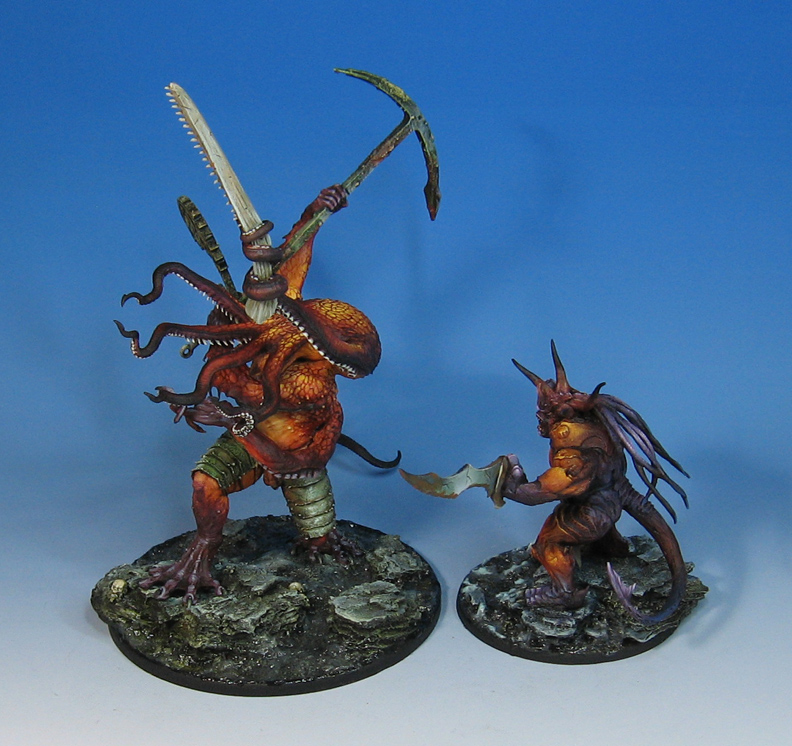 The penny is there for scale. 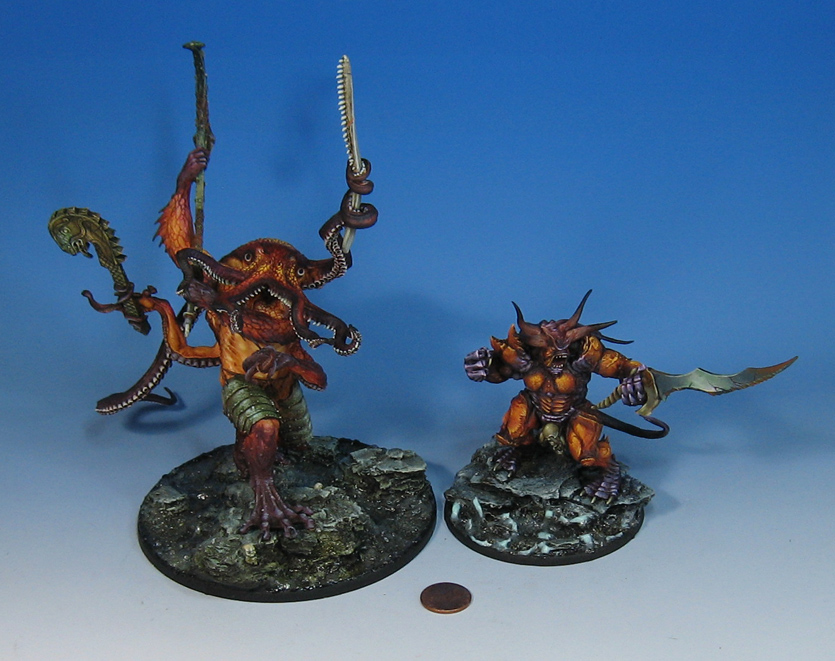