A fire in the Jungle 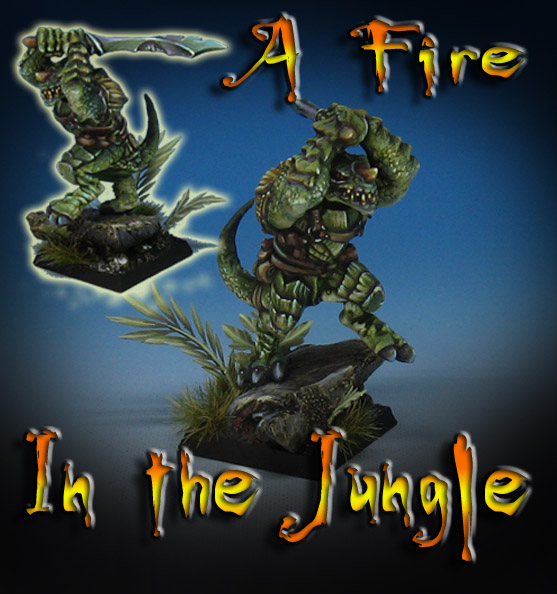 Something new emerges from the Jungle... fierce and brimming with fire.  That is the Salamanders from Kings of War by Mantic!

The Salamanders join the Trident Realms as the two new lines of miniatures added to the range.  Here are some views of the sprues, which come with a number of options.

You can create a hand weapon with shield, or a two handed Salamander for additional crushing strength.  There are also some extras on the sprue, such as little flames and a flaming banner.

There are enough heads and arms to create lots of variation. 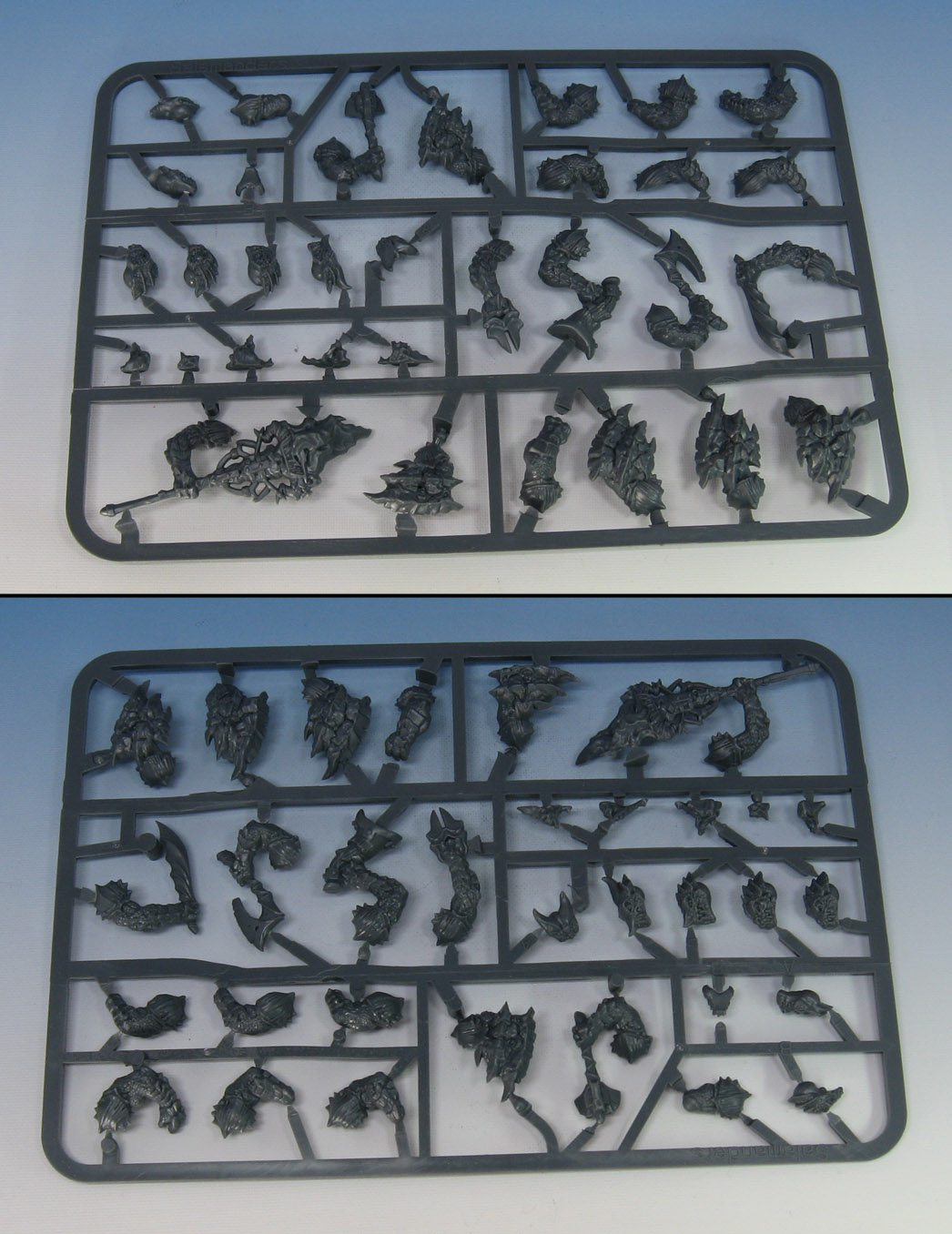 This package contains the leg/torso base, as well as more weapon options.  Most of these are the two handed variety.

Here's one more look at the bodies and the arms. 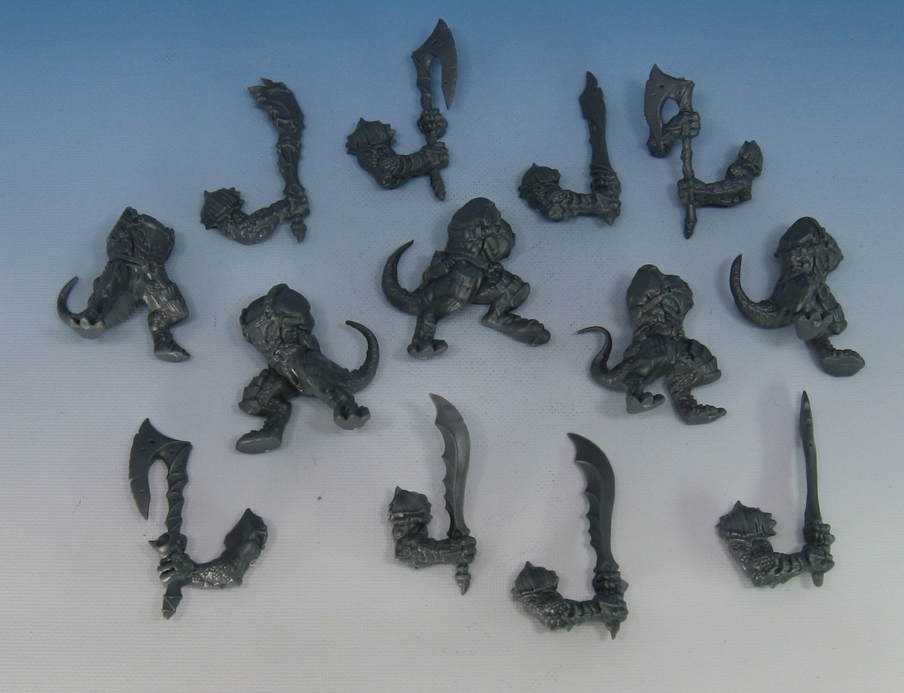 Now for a look at the first painted Salamander!!  He's on a 25mm base.

I went with more of a traditional color scheme on this first figure, but many others are planned!

I am rendering the shoulder pads as a tortoise shell, so they will be a slightly different color from the rest of the scales.

The views from above show the base and the paper foliage.  When I start doing the multibased units, I will try to have them advancing across a jungle landscape which has been partially burned.  I will also paint some of the weapons glowing orange as well.

I'm really looking forward to creating a Salamander army based around these figures!  I already have a number of the beasties from my old army.  More are on the way, so stay tuned!

Posted by wappellious at 9:23 AM 2 comments: