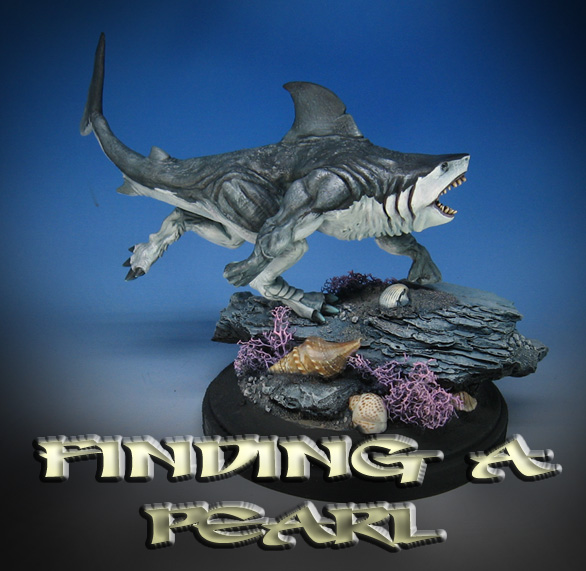 As I was gathering up my paints to take to Adepticon this year, I noticed a virtually unused jar or "white".  That is in quotation marks as this "white" was in fact called 'Pearl White'.  It was subsequently set aside, as I didn't think I would really have much use for it.

After using the Vallejo Metal Medium a few times (which is mixed in with regular paint to make it a metallic color) I thought I should revisit this.

I used it on a few resin headlights on my Bolt Action vehicles, which are not provided with the same kind of transparent plastic pieces as a 1/48 scale kit.

Once I saw this big old Wereshark, I thought I might have another possible use! 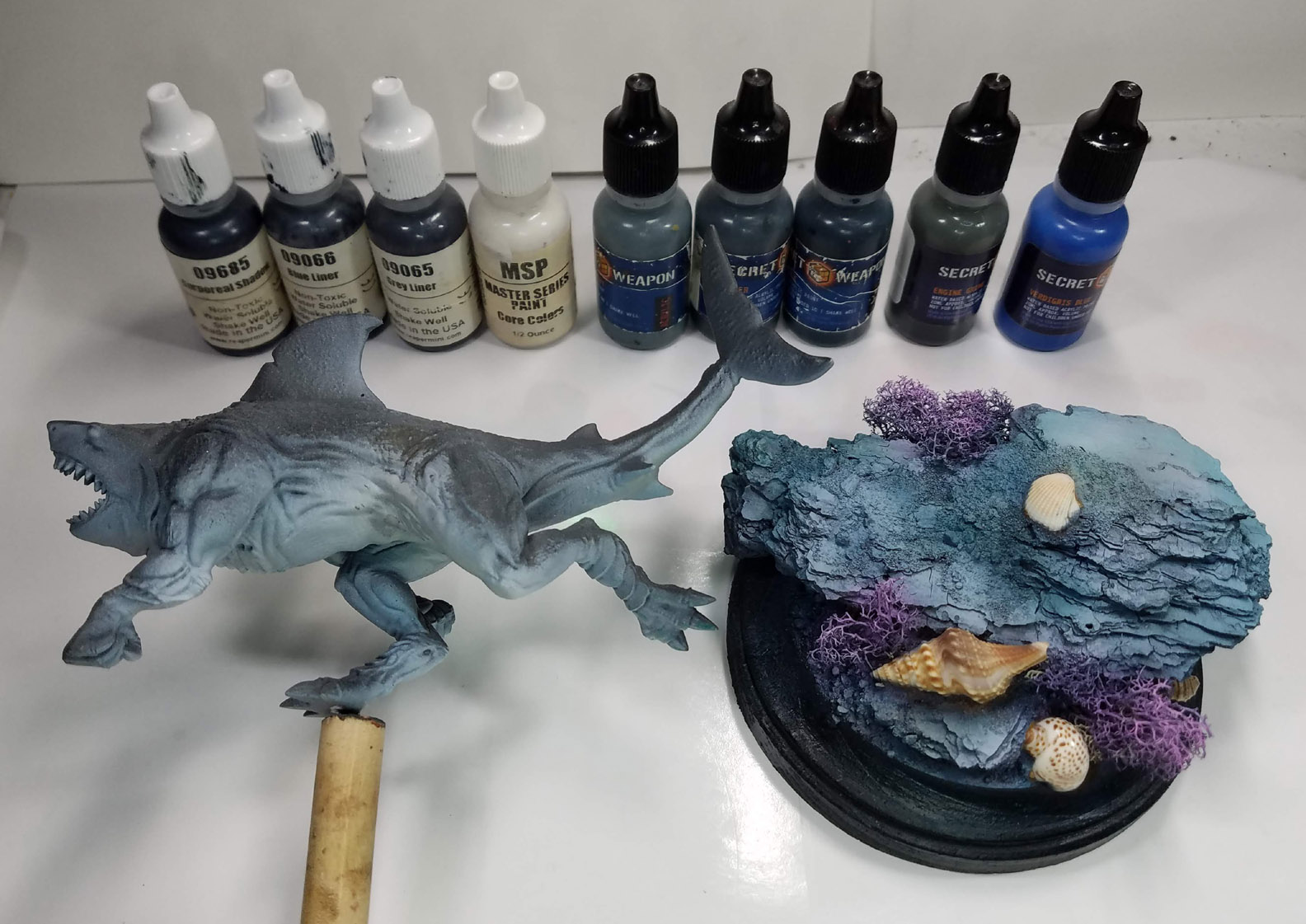 So I gathered up my usual Reaper Liner paints and Secret Weapon Weathering paints, and started mixing away!  The results were more than I could have expected! 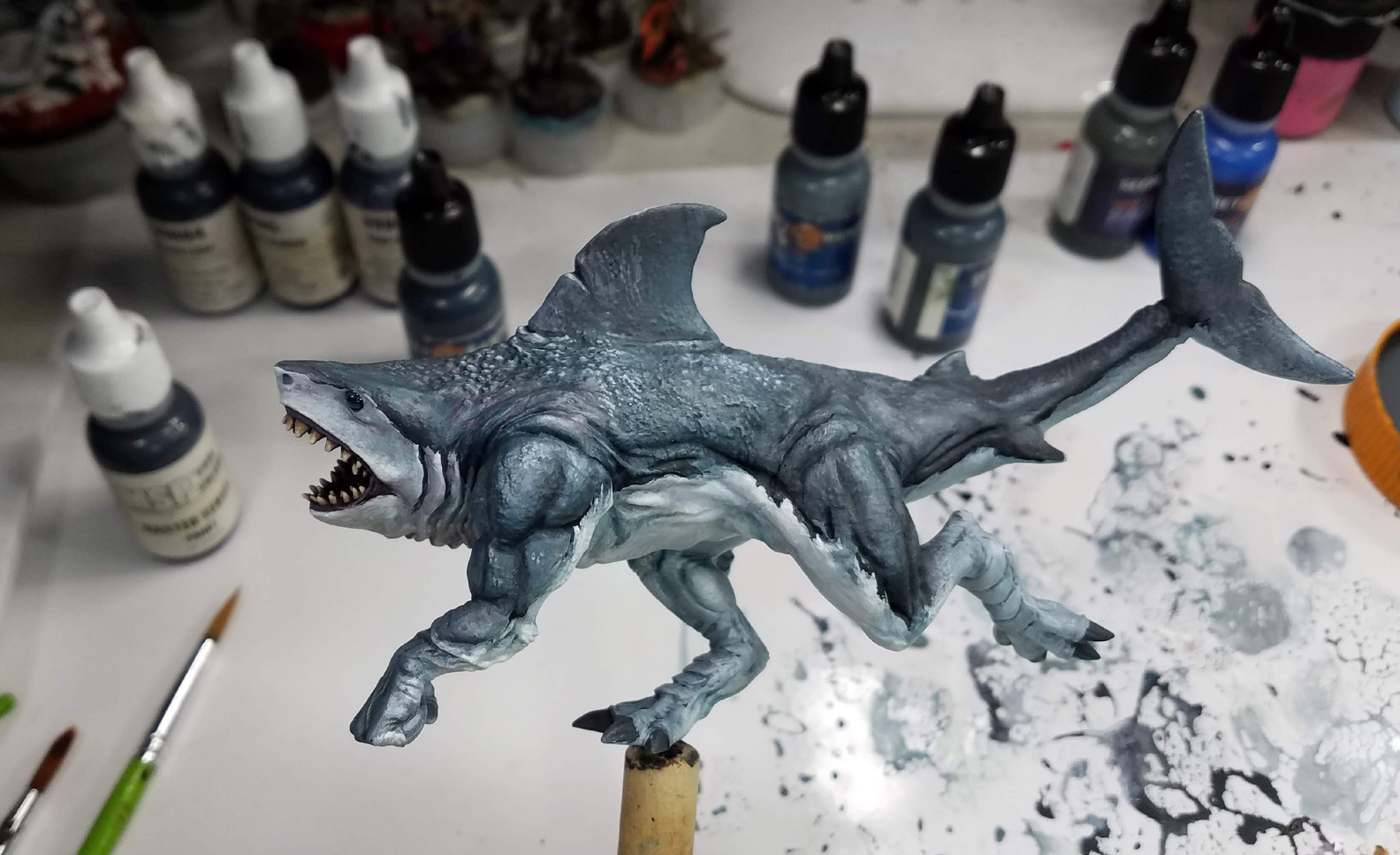 The sheen that is provided is different than that of the Metal Medium... slightly less obvious, but you really notice it when you move the figure around or look at it from various angles. 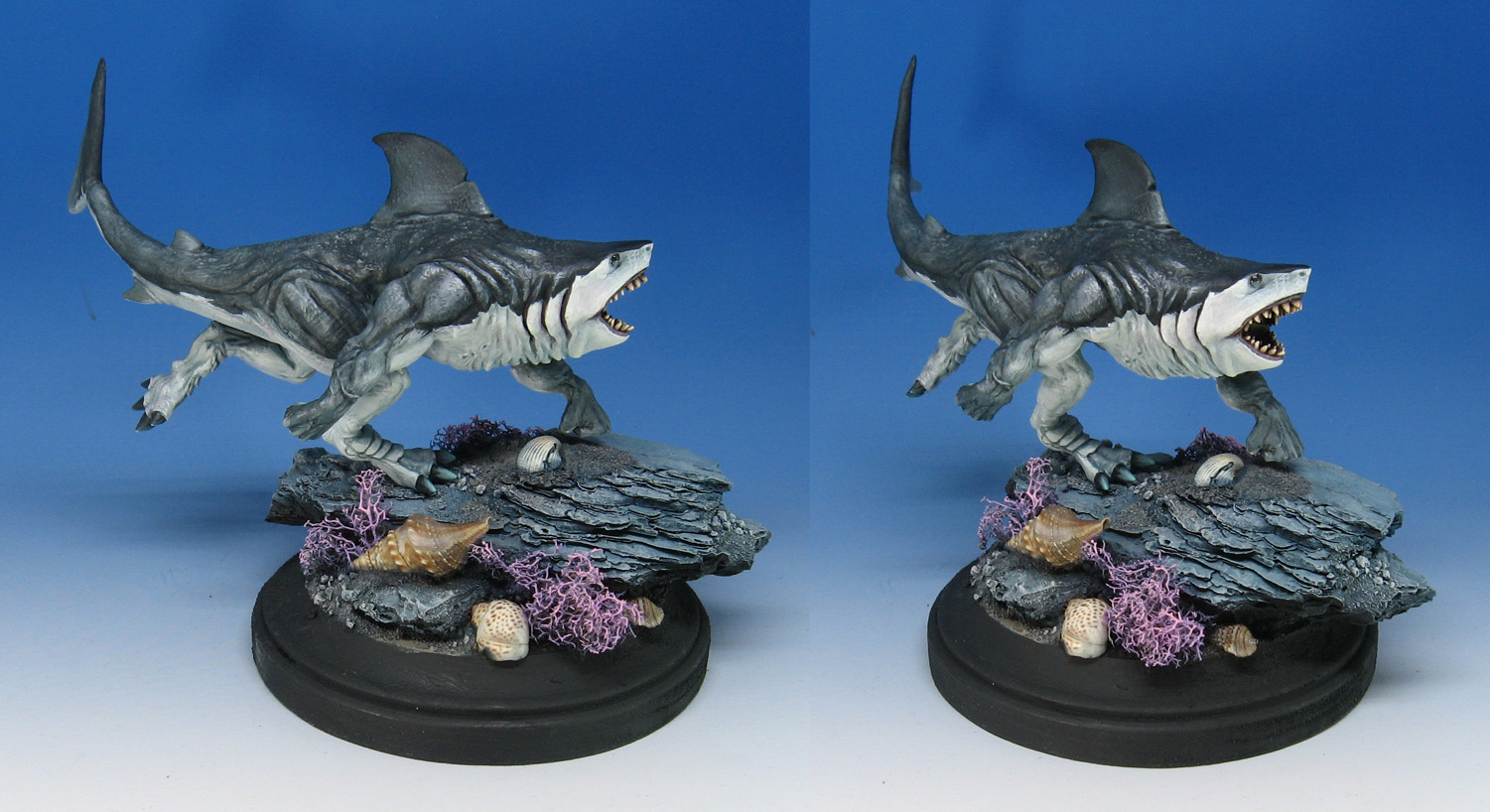 Even the darkest colors take on a very different look when you mix this Pearl White with them.  The more of the Pearl White you mix, the lighter the color becomes.  Glazing over the top of it can reduce the effect somewhat, but if you put a touch of the Pearl White into that glaze, it won't do so. 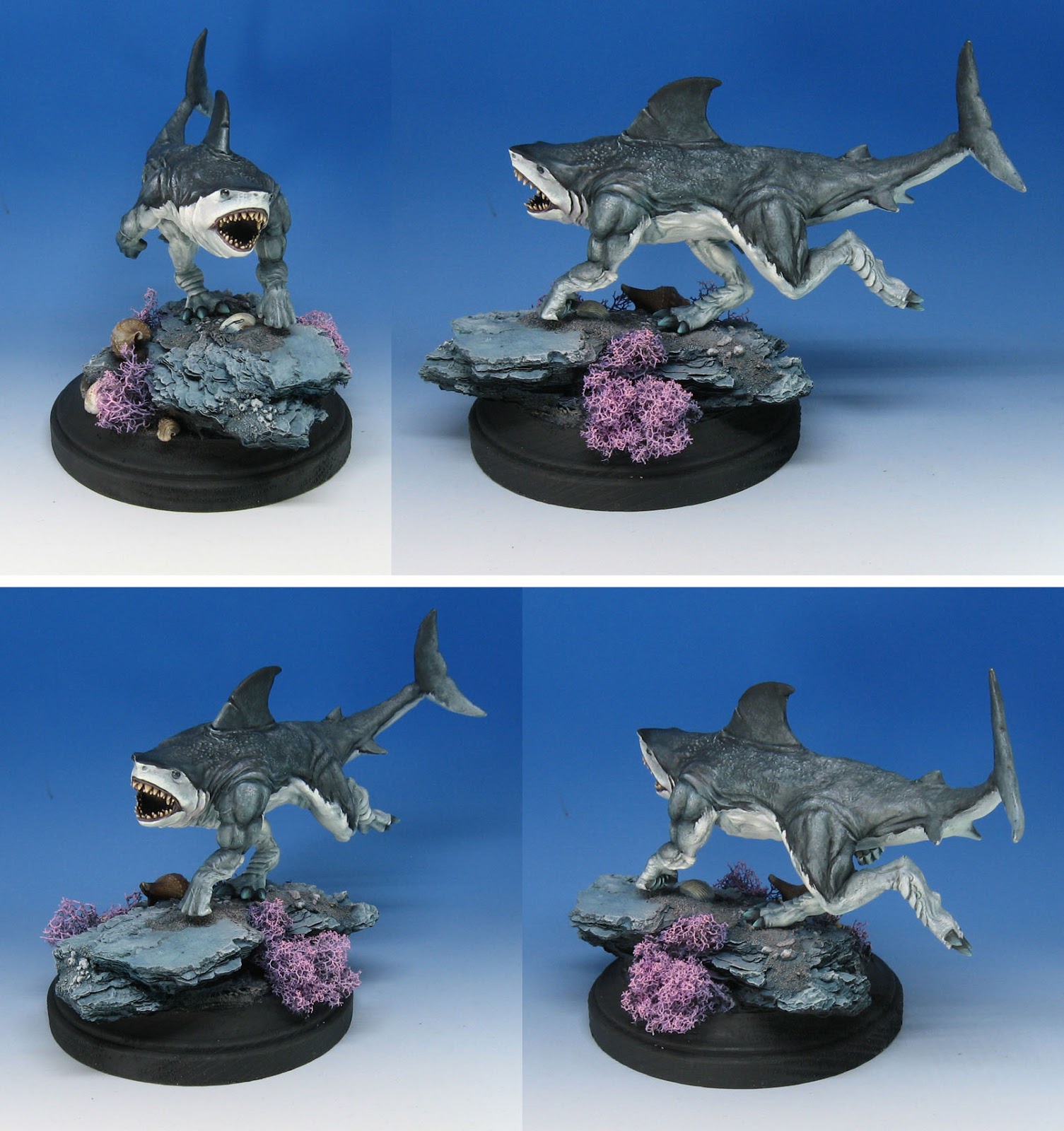 It had as much an effect on the darker areas as it did on the 'whites'.  This paint was so effective, I will definitely use this on the other sea creatures that I have.  There are a few Reaper BONES aquatic beasts, and those should be excellent subjects to demonstrate at Reapercon, which is not that far away... 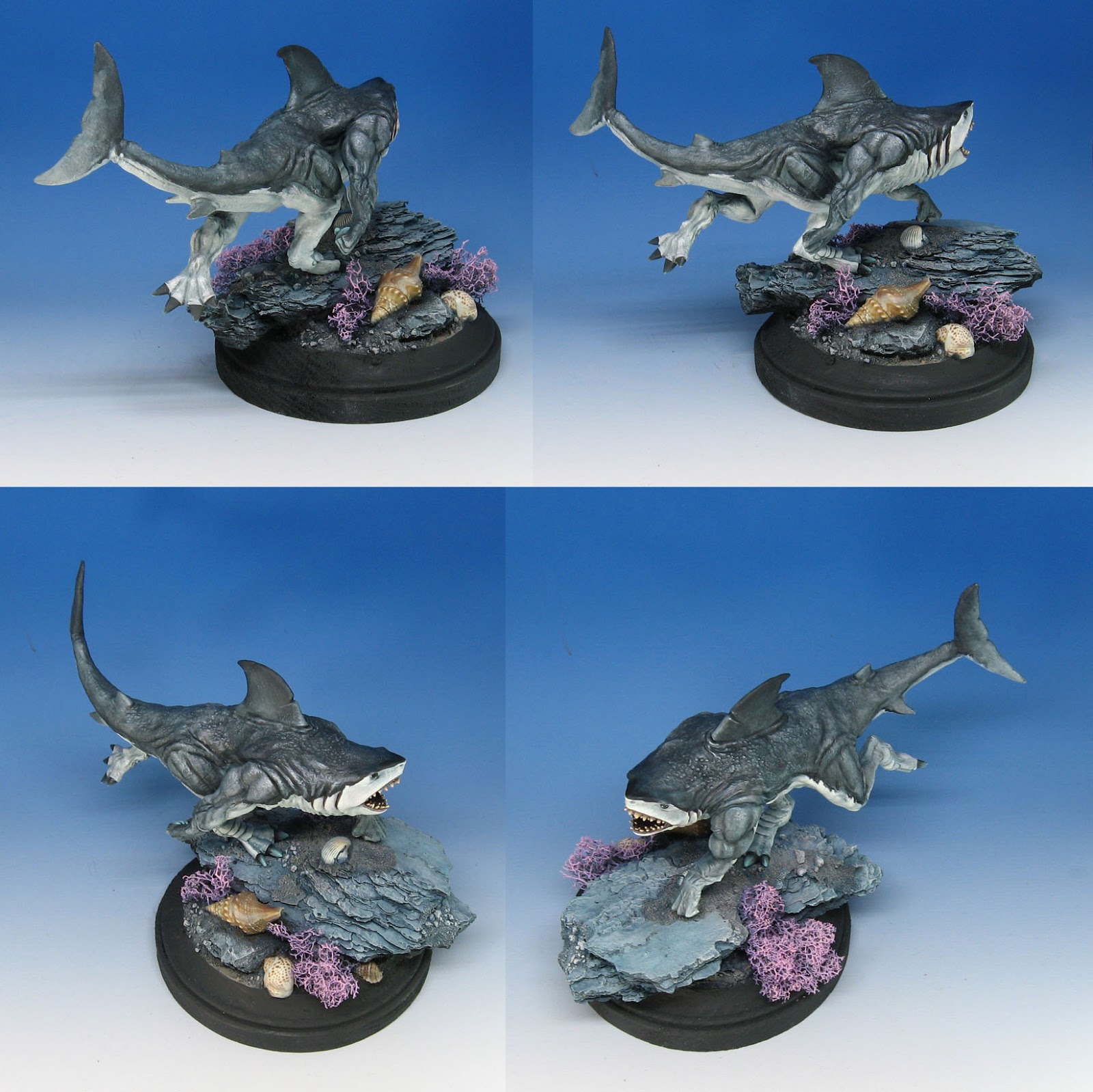 I recorded the painting session in which I painted this, and it has since been turned into a video tutorial.  Earlier today I posted the link to the Patrons on my Patreon page (at the $5 pledge level and above).

You can get in on the experimentation and fun here: 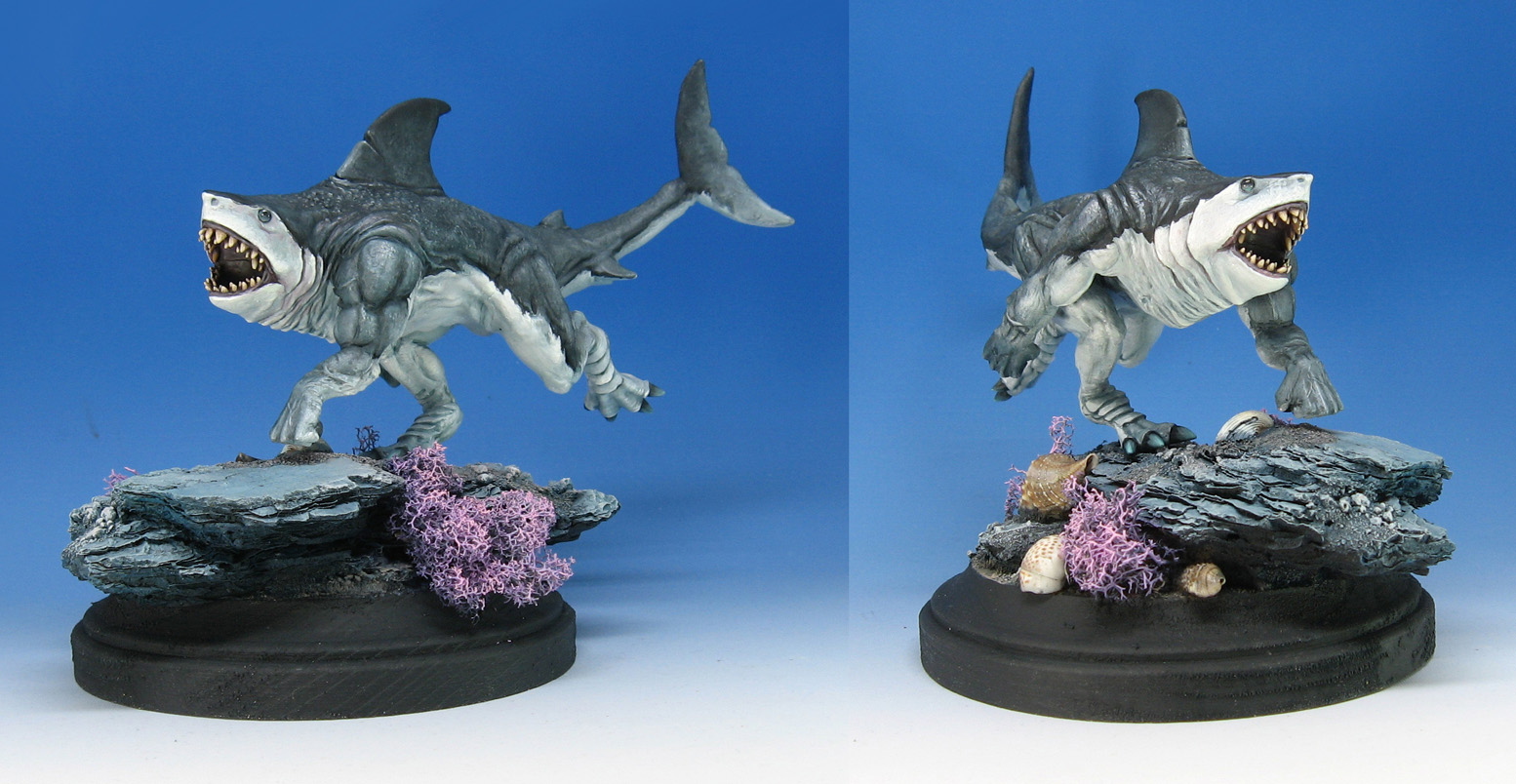 Posted by wappellious at 1:22 PM 2 comments: