It's all in the cards 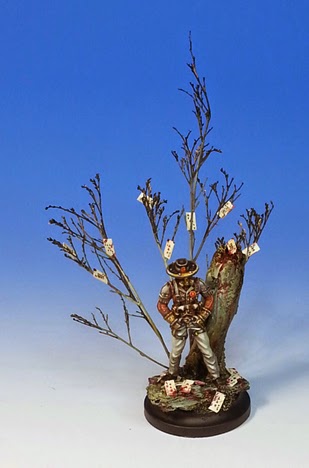 Once I saw the special Decapitation ability of Doc Holliday, I couldn't resist making some tiny, blood soaked playing cards to scatter around the base.

He can slice off your head with the mere flick of the wrist, sending lethal playing cards with razor sharp edges.

I made these out of very thin plasticard, since I wanted them to be as stout as possible for positioning in the tree.  Of course, that meant painting both sides!

The cards are now sliced into individual pieces... and it was time to glue them to the base. 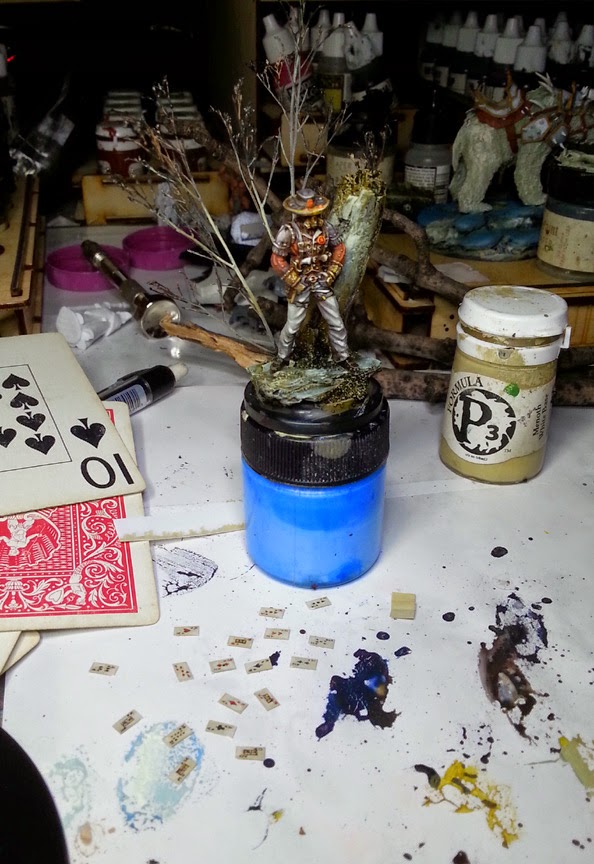 I started placing a few here and a few there... 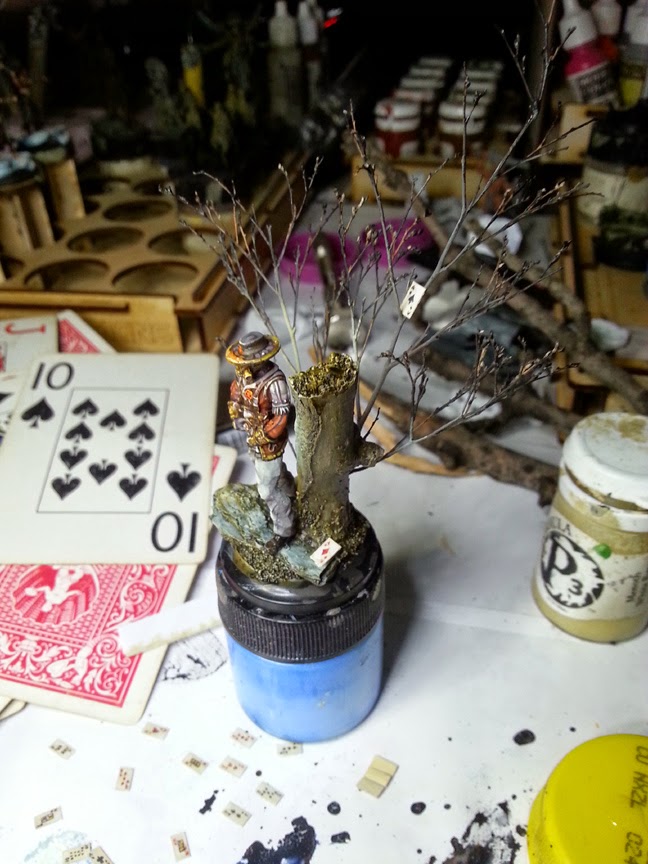 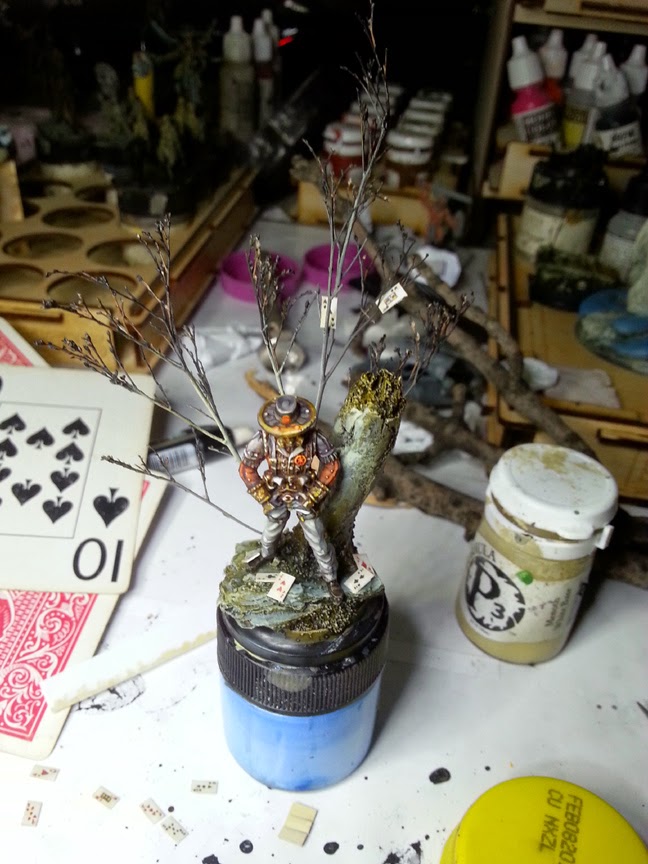 I had envisioned a tree with bloody cards as leaves.  The hope was that the tree would allow me to do that, and that I had left enough forks in the tiny branches to hold them! 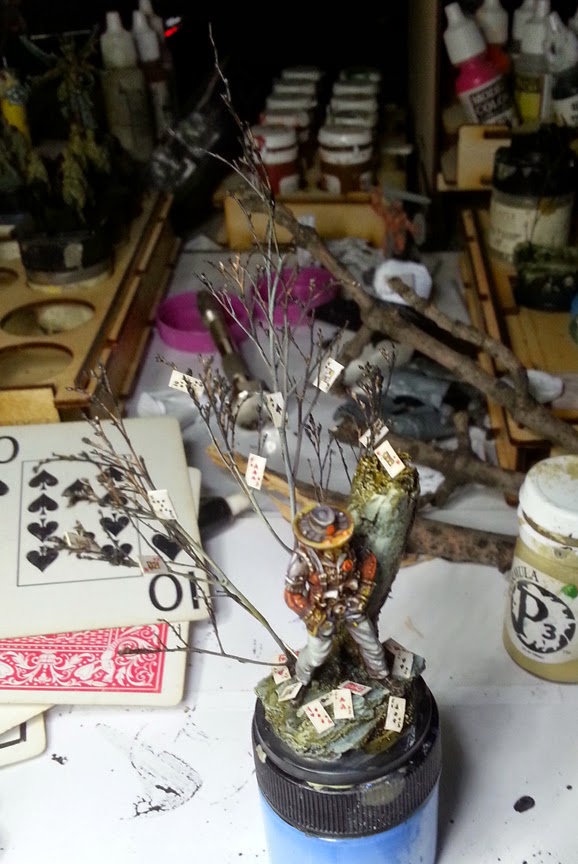 Once the leaves were in position, I painted the blood stains on them. 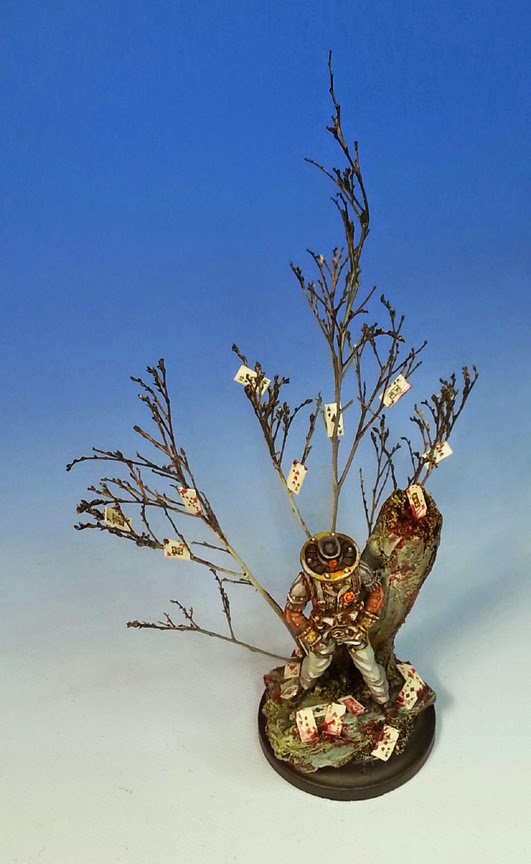 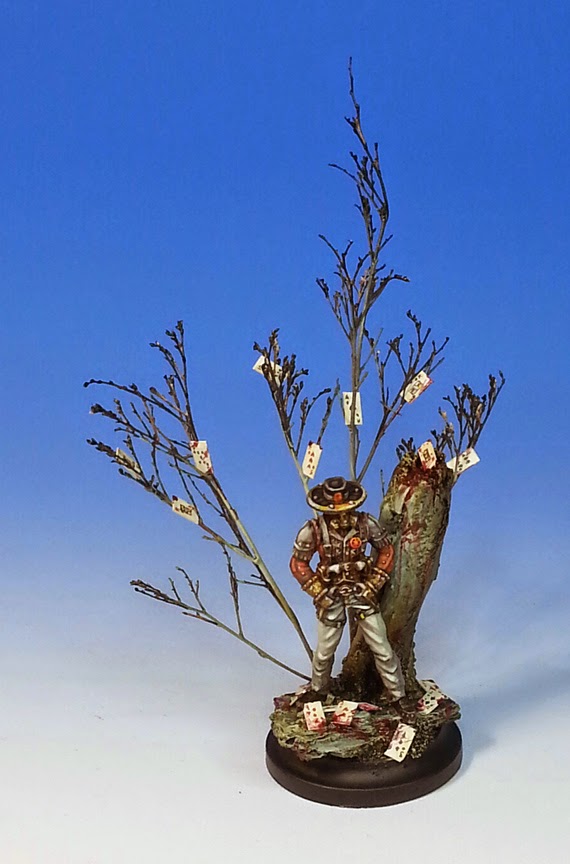 Posted by wappellious at 1:03 PM 8 comments: 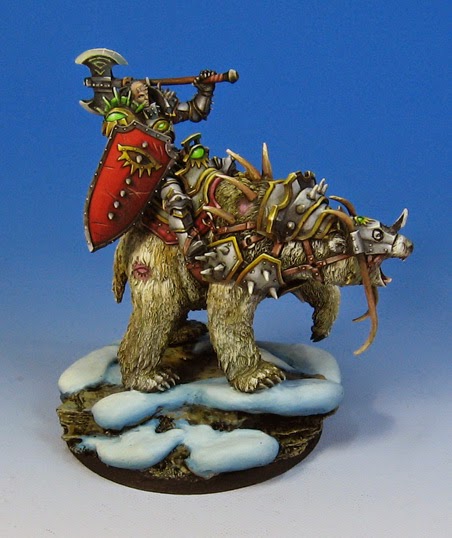 Well, I think the only way we are going to be spared these incessant downpours is for winter to take hold.  The choice is... do you wish to drown, or freeze?

I bet this bear loves the snow even more!!

It's from Mierce Miniatures.  The base is about 60mm.

Lots going on with this figure.  I really tried to get the fur to have as many different colors embedded as possible.  Warm tans, greens, a bit of blue... even some pink.

I was trying to reflect the snow, yet also provide some contrast with those warmer colors.

It was quite the beast!