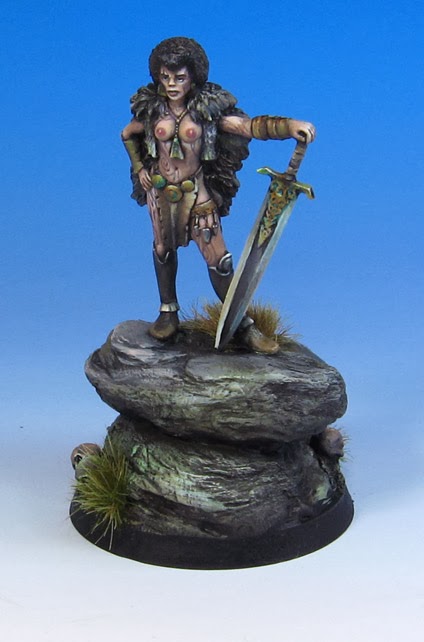 Here's a fun miniature from Enigma Miniatures, using a base that I sculpted during one of the Kickstarter videos (oddly enough, about sculpting rocks!)

I tried to create as many variations in the skin tones as possible, using greens and purples.

Those were also utilized in other areas, such as the weapon, and even the rocks on which she is standing.

Posted by wappellious at 1:07 PM No comments: 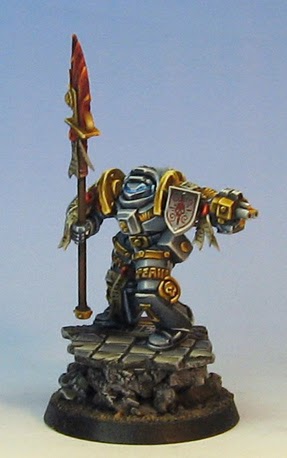 I realized that I had never finished off that Grey Knight squad which was so heavily converted.

All five were done using the same method... take a space marine, extend the legs and arms, and then get busy with brown stuff.  For the finer details, green stuff was used. 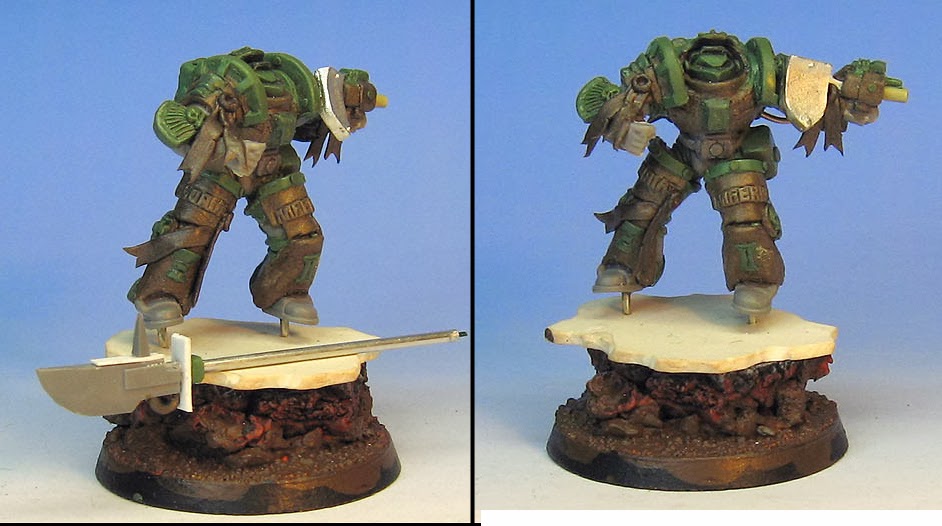 I think an Orc choppa was used to create the Nemesis weapon. 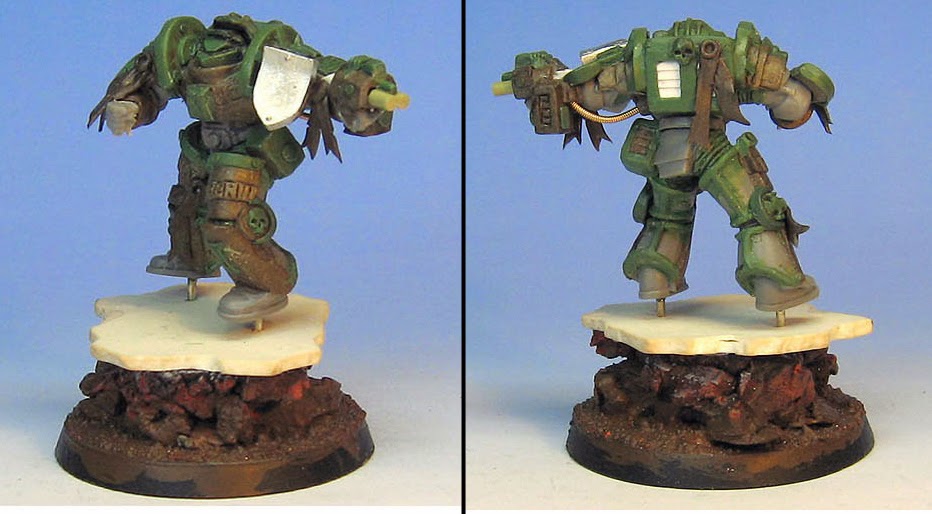 And then to the painting! 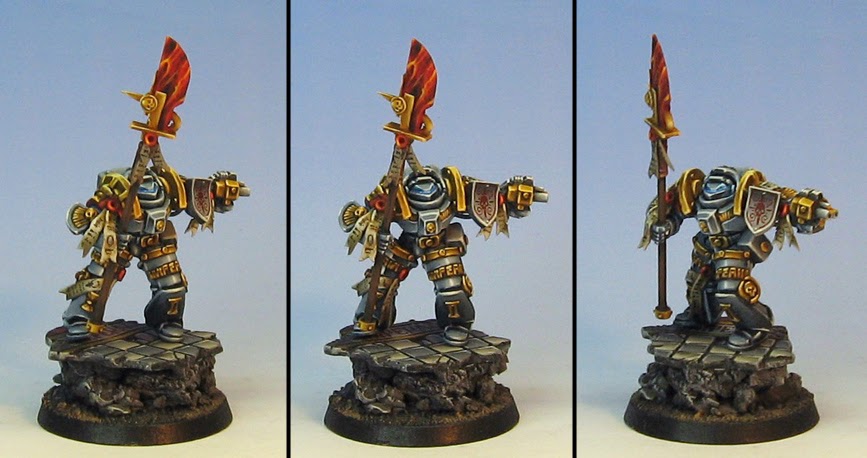 Again, this was part of the unit that won my first Golden Demon (40K Squad category). 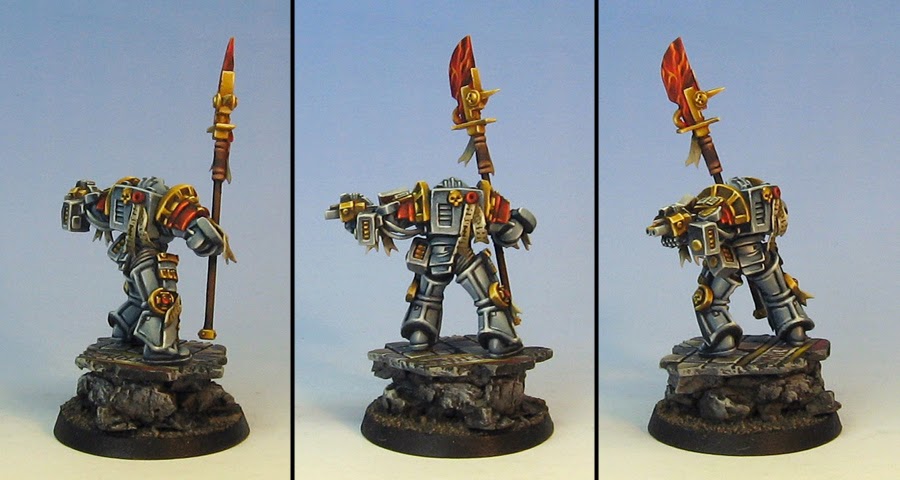