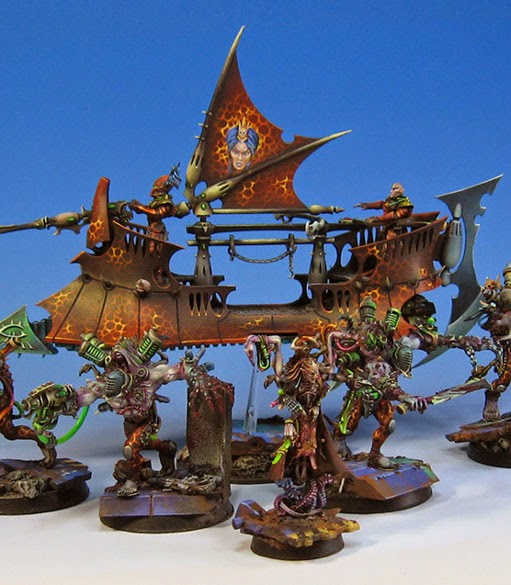 Ok... here we reveal who went cruising around in that raider.  Yes indeed... a batch of Grotesques! 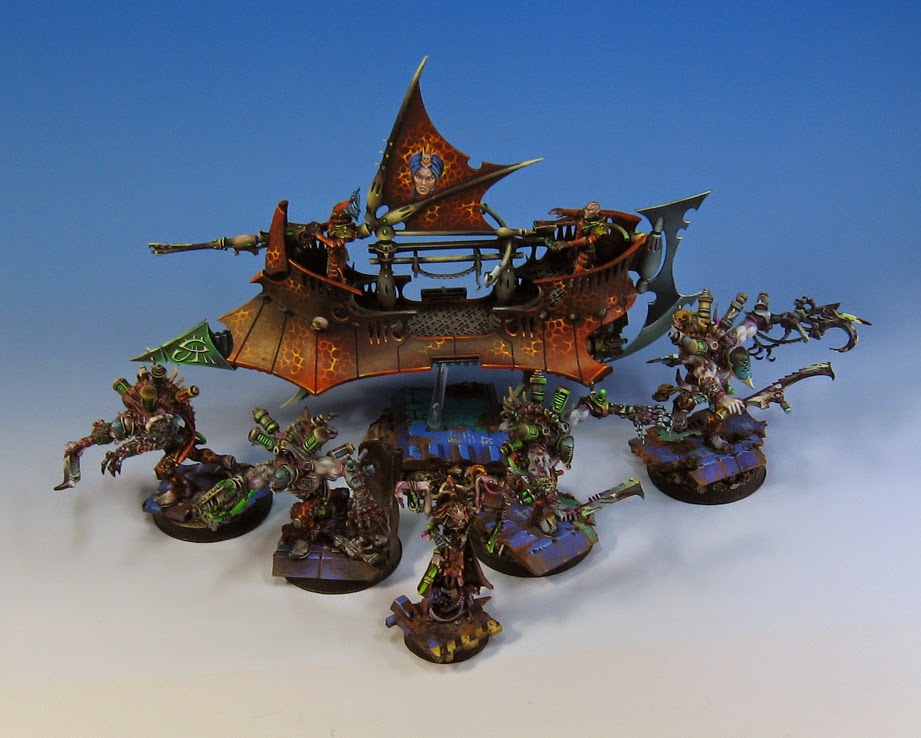 They were supposed to be more of a tank killing unit, where the vehicle would fly up to the rear of an unsuspecting vehicle... have these guys jump out, and hit it with a million attacks.

Since they would probably have the second pain token by then, they would have enhanced strength as well!  The rear armor of just about anything short of a Land Raider would be pretty squishy. 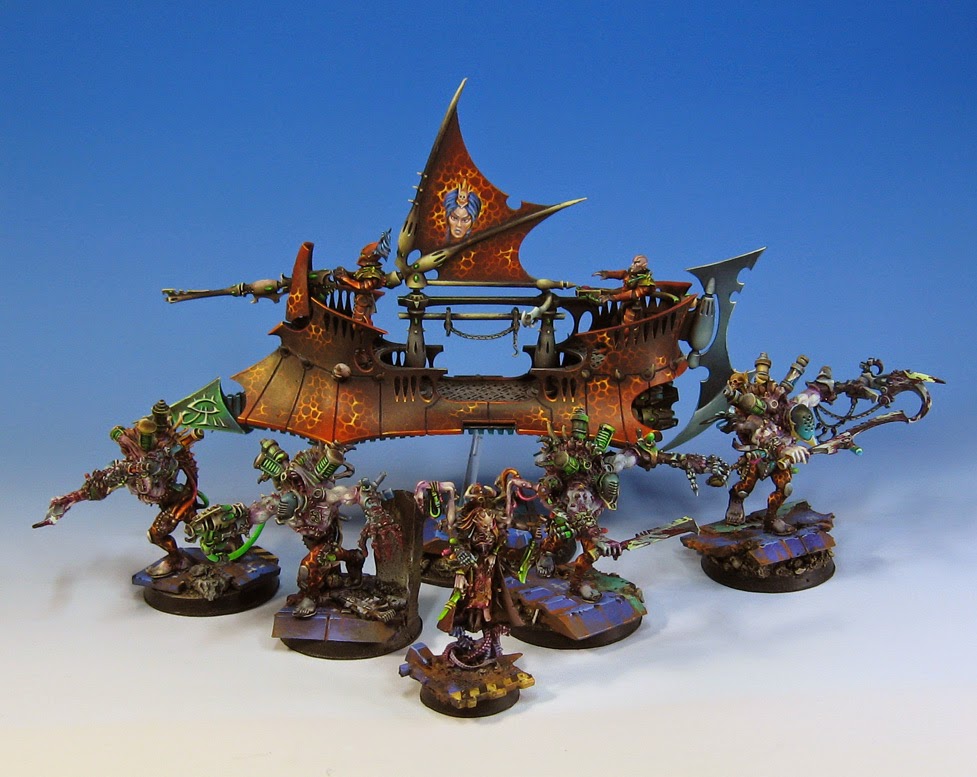 This did work out a few times, but the lack of terrain to hide behind usually spelled doom on turn 1. 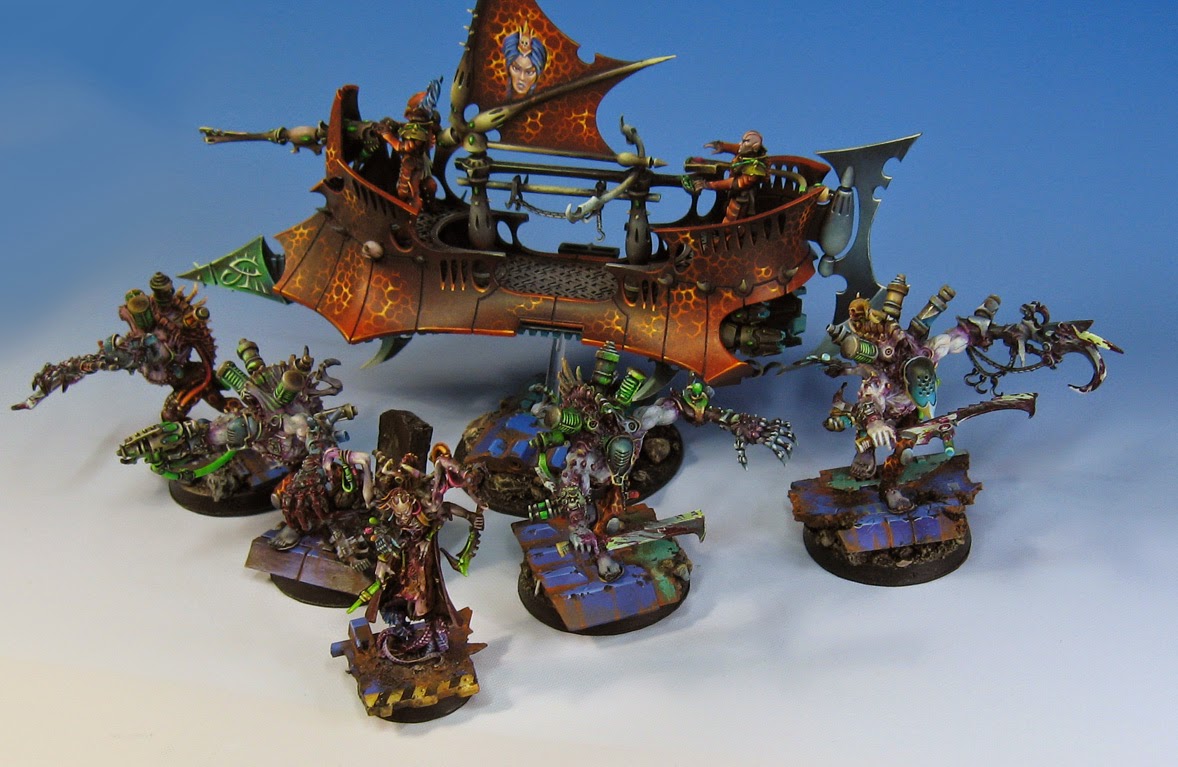 I have no idea how the 7th edition rules would effect all this, between the psychic stuff and the altered vehicle damage chart, etc. 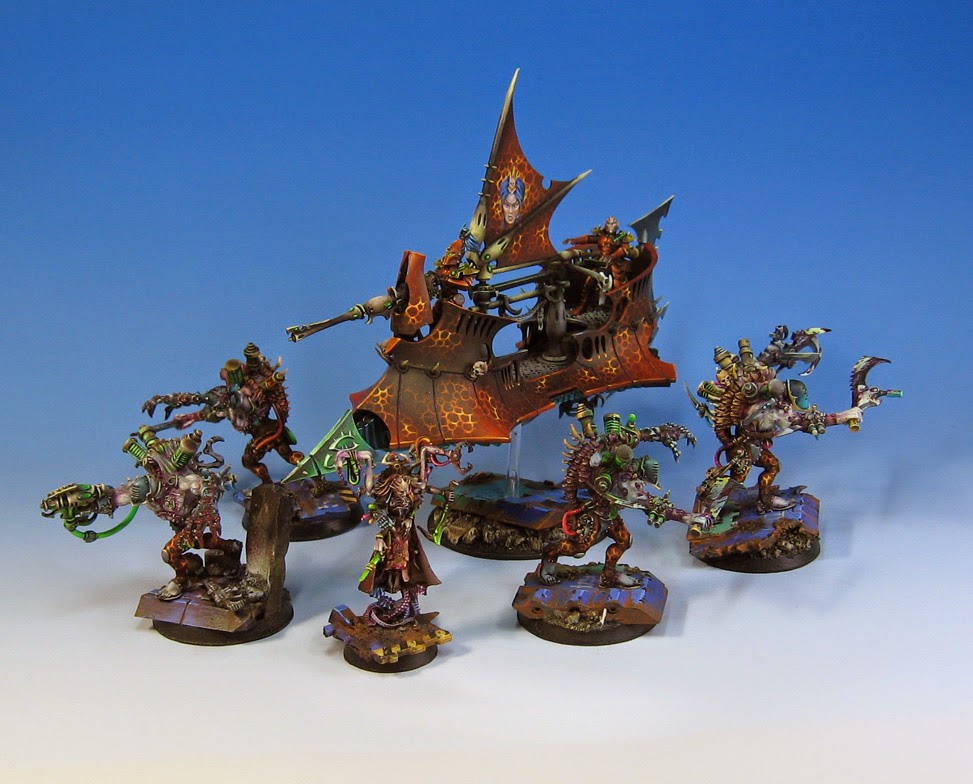 At least they look kinda scary hopping out of this! 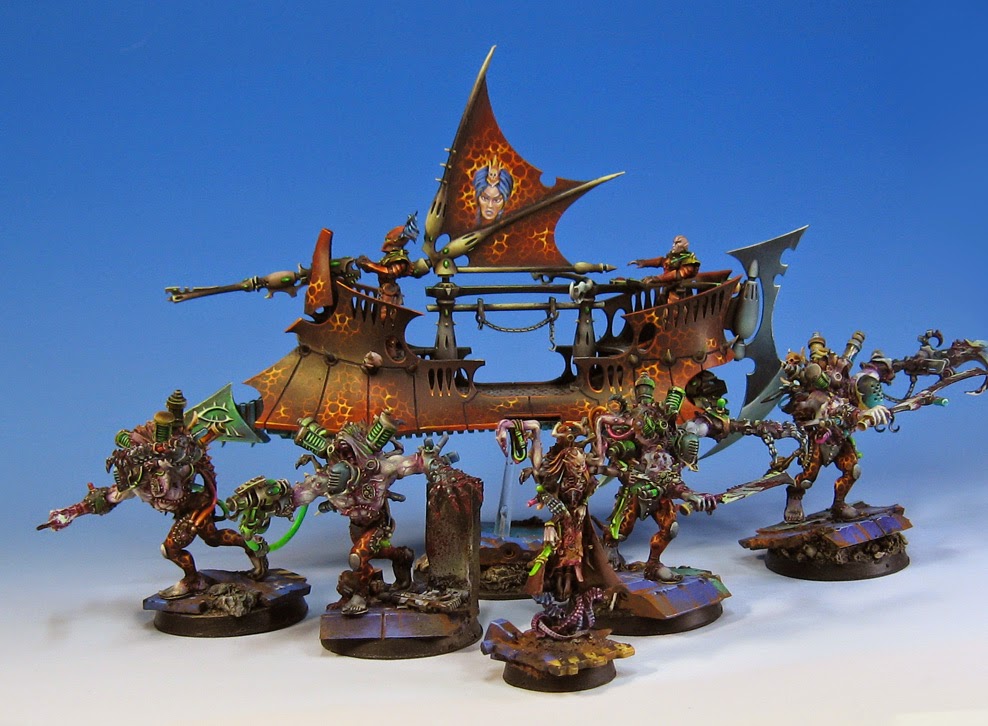 Now for the other backdrop... From above, which shows you the matching bases... 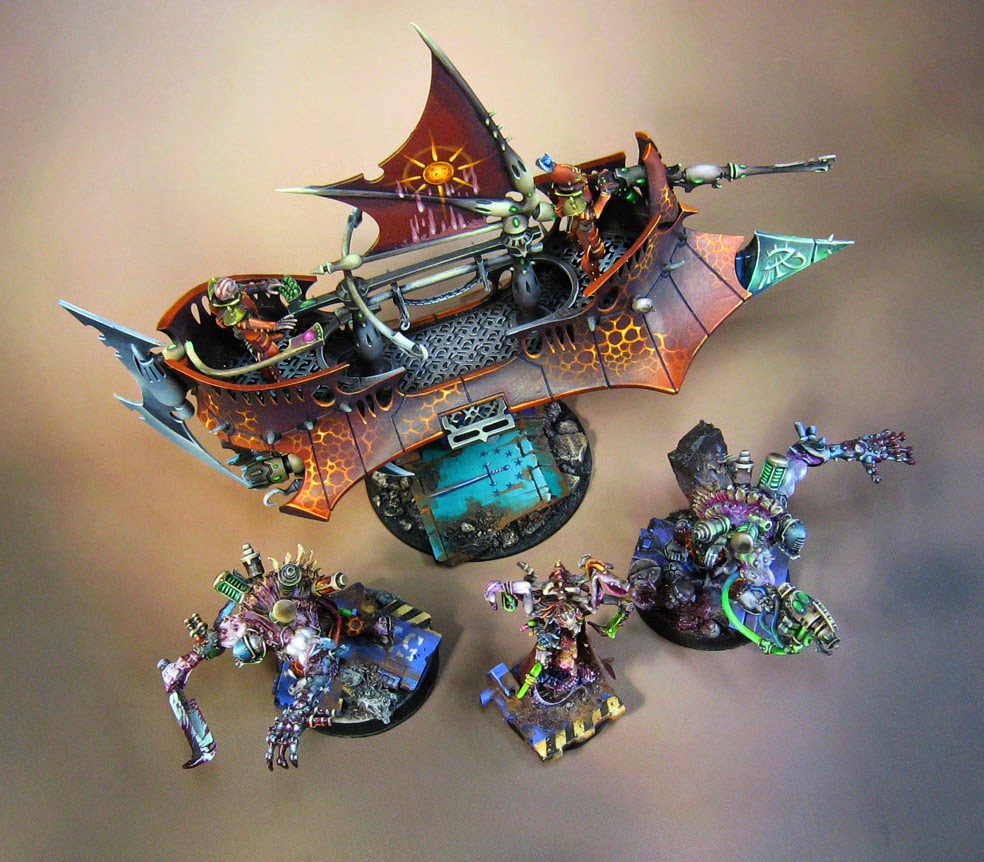 I was bummed that none of the combinations I tried to create for this army had any kind of real effectiveness.  Probably another reason for my building dismay with the direction of 40K. 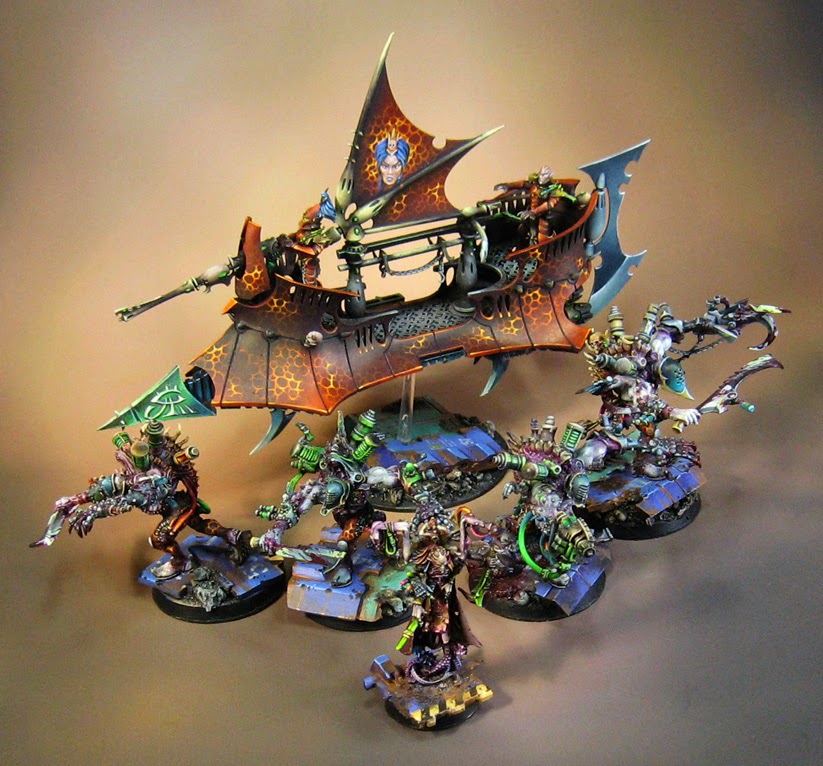 About to take flight... 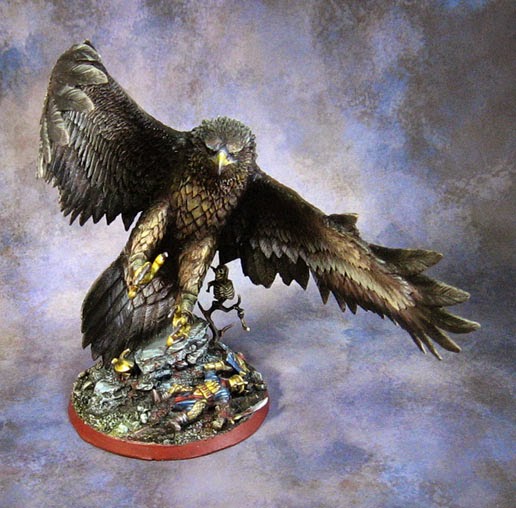 Here are some new images of my Gwahir eagle for my Lord of the Rings army. 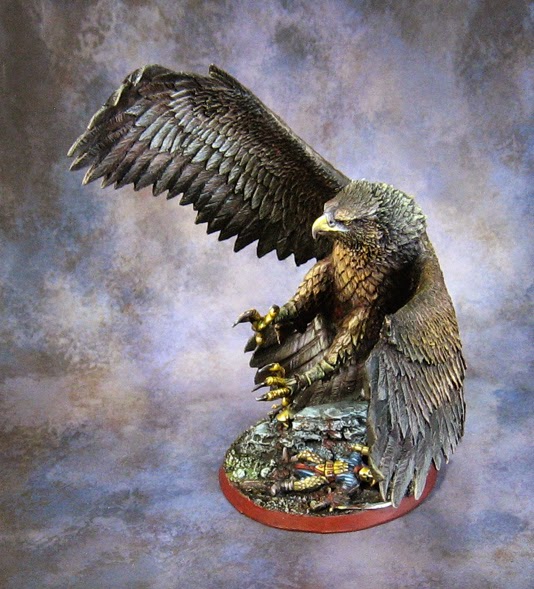 He was actually quite effective in the field, working with the Galadrhrim Cavalry to wipe out enemy units at a distance, or in combination with the Stormcallers. 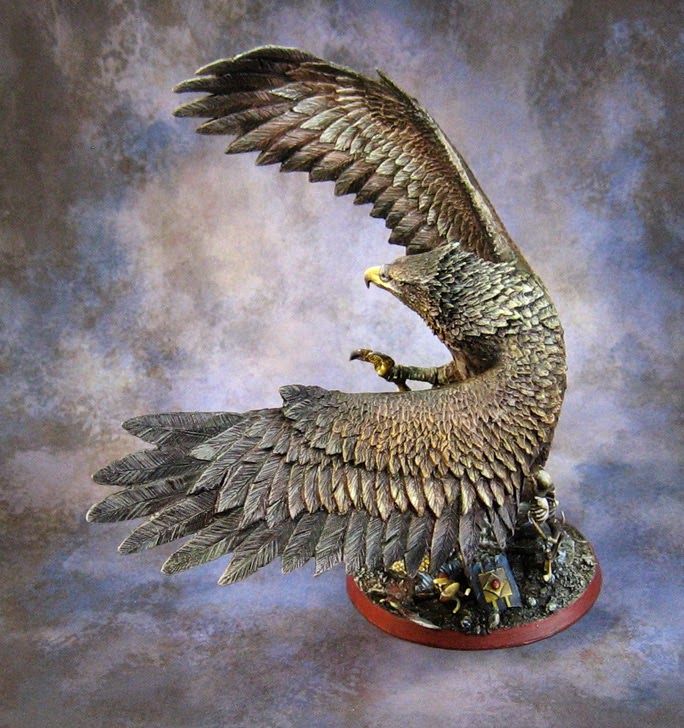 The idea was to do the knockdown spell on the enemy unit, and then fly him over the top of the pile to hit them from the other side.  This would boost the fight skill even more, but also provide that high strength needed to get through the tougher enemy. 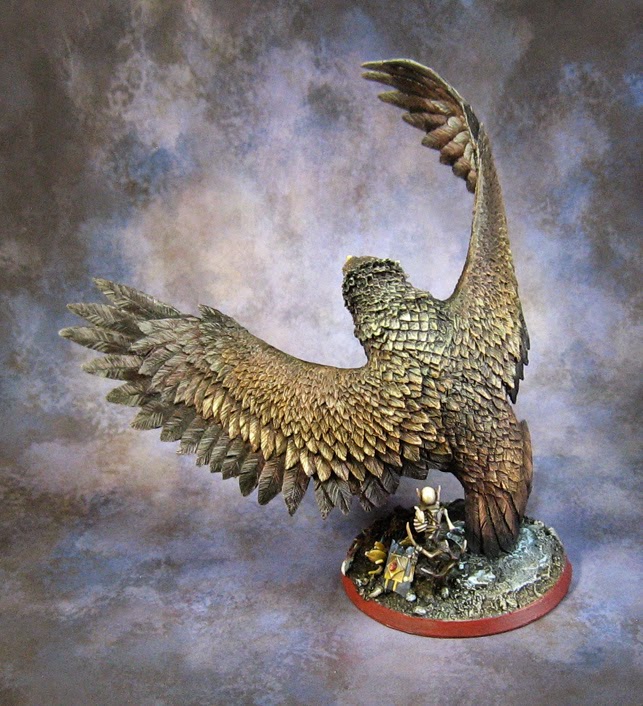 The fresh Easterling kill was placed on the base to add to the theme of the army, since my Evil army was the Easterling/Khand alliance. 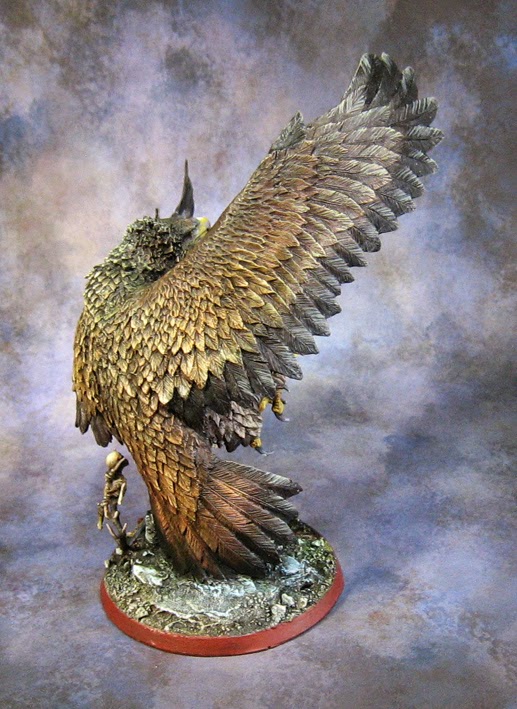 These were the two armies that I brought to my one and only LOTR tournament a few years ago.  That was a lot of fun :-) 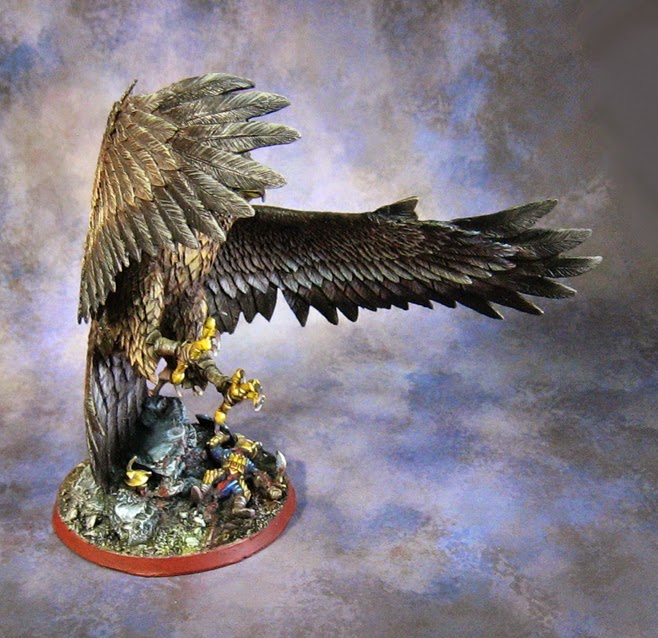 I had a whole story around the Easterlings and the Knights of the Blood Rose. There was also a large display board constructed... here's a link: 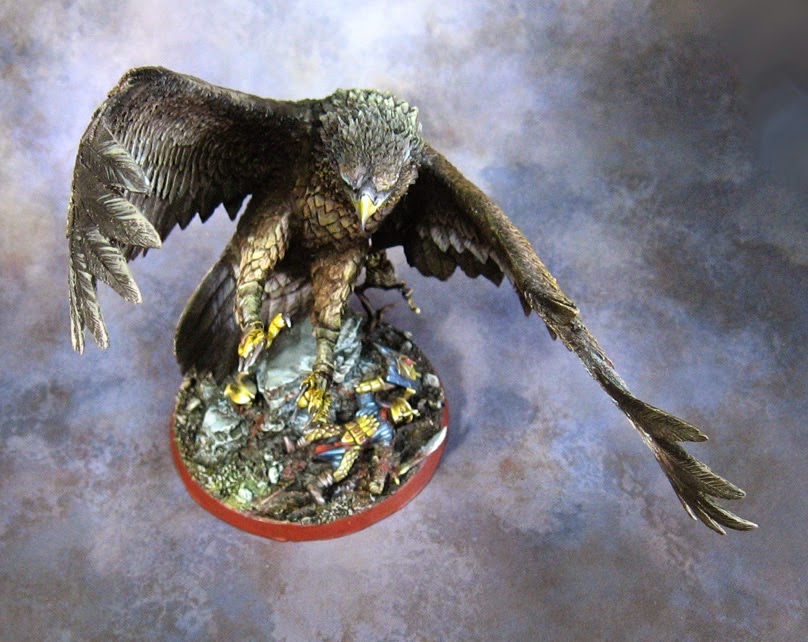 There's much more of the army to be seen in the Lord of the Rings section of the blog! 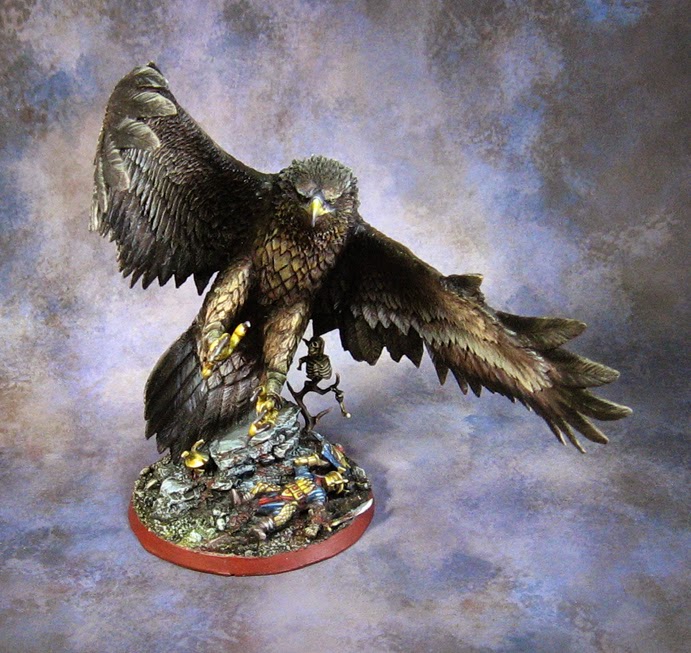 Posted by wappellious at 2:04 AM 6 comments: