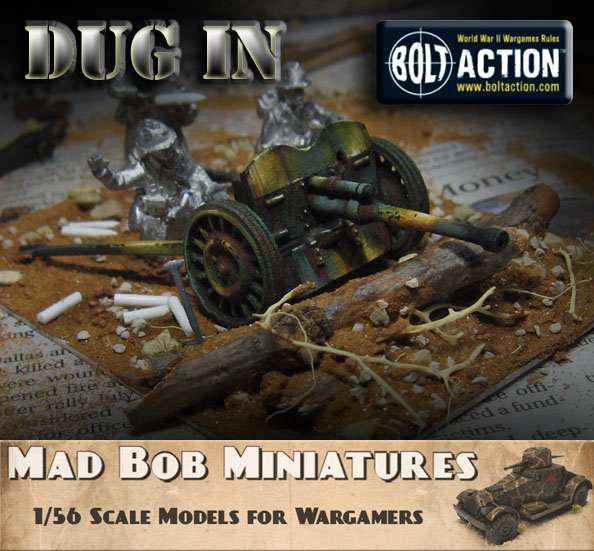 Part two of the 47mm AT gun basing begins with the usual 3 types of gravel.  Heavy, medium, and sand.  At this scale, the sand does yield the consistency of churned up dirt, which is exactly what I wanted for the hastily constructed gun emplacement.

I also used some dried moss as tree roots, which might even indicate that the crew was in such a hurry, they attempted to use some sort of existing soil formation to save time. 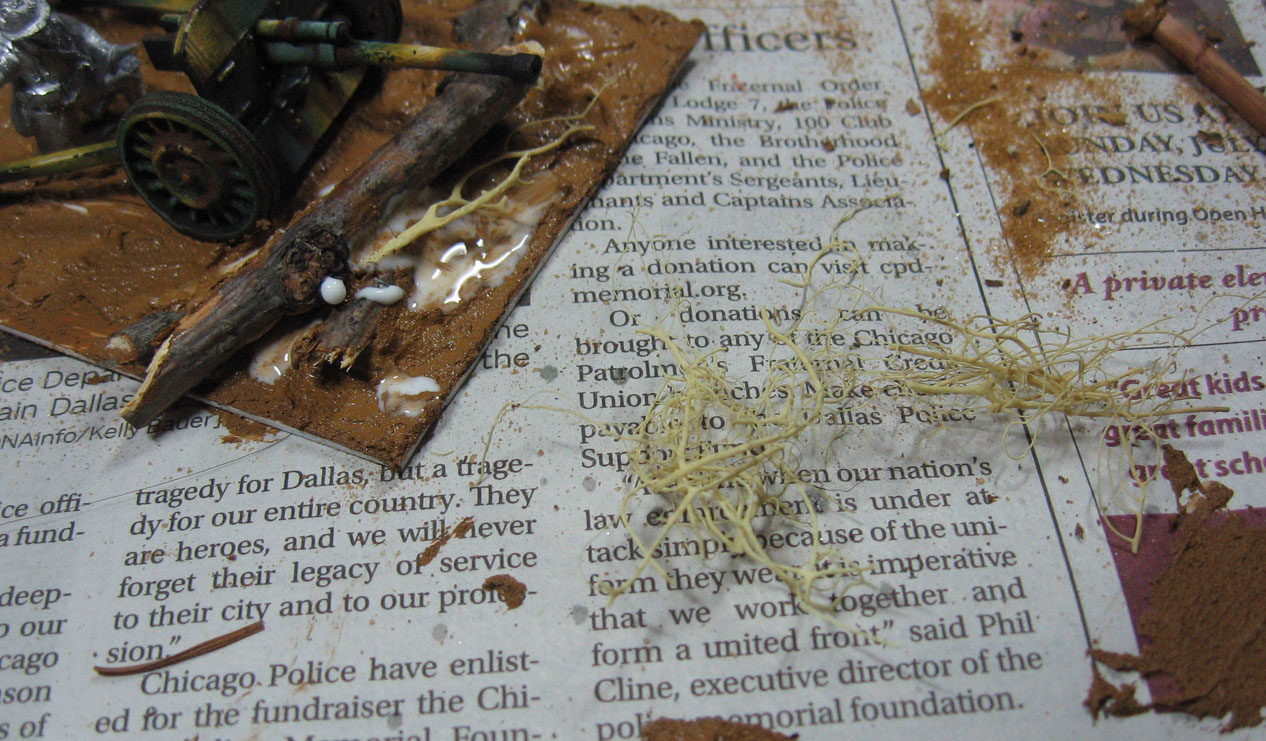 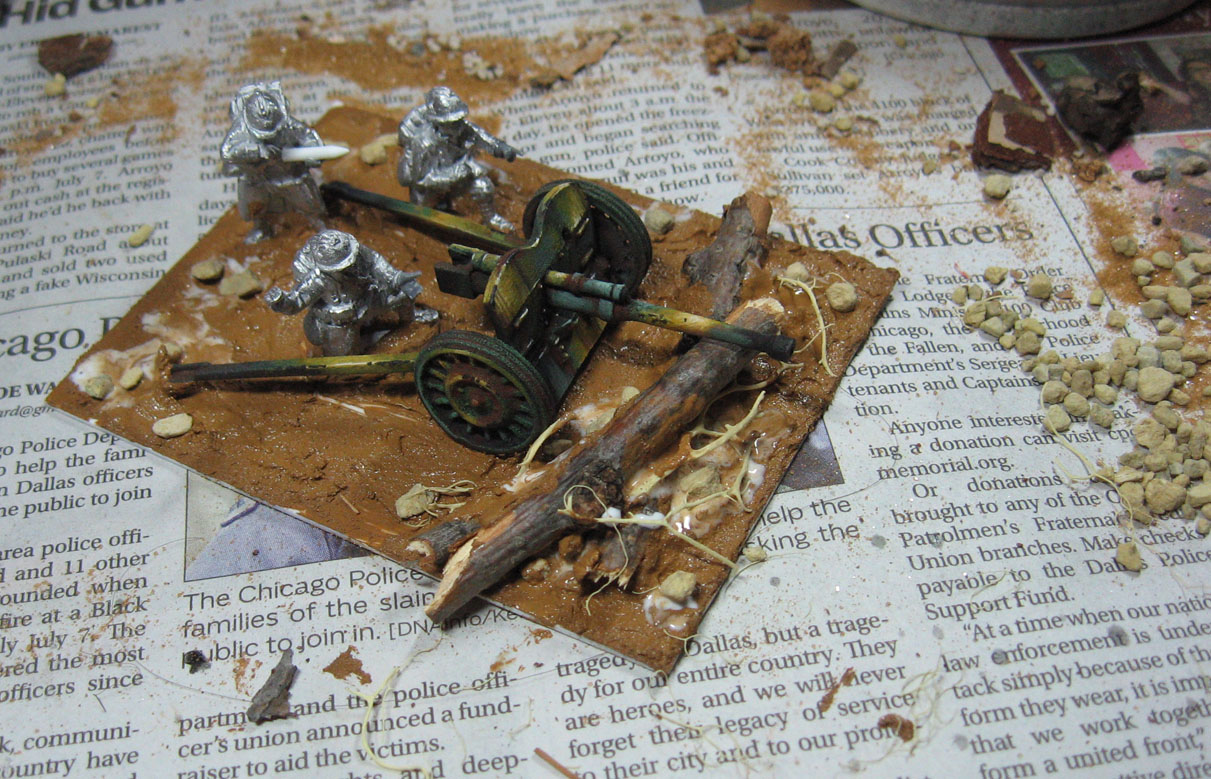 This view shows the pattern that I wanted.  Not too many big boulders though! 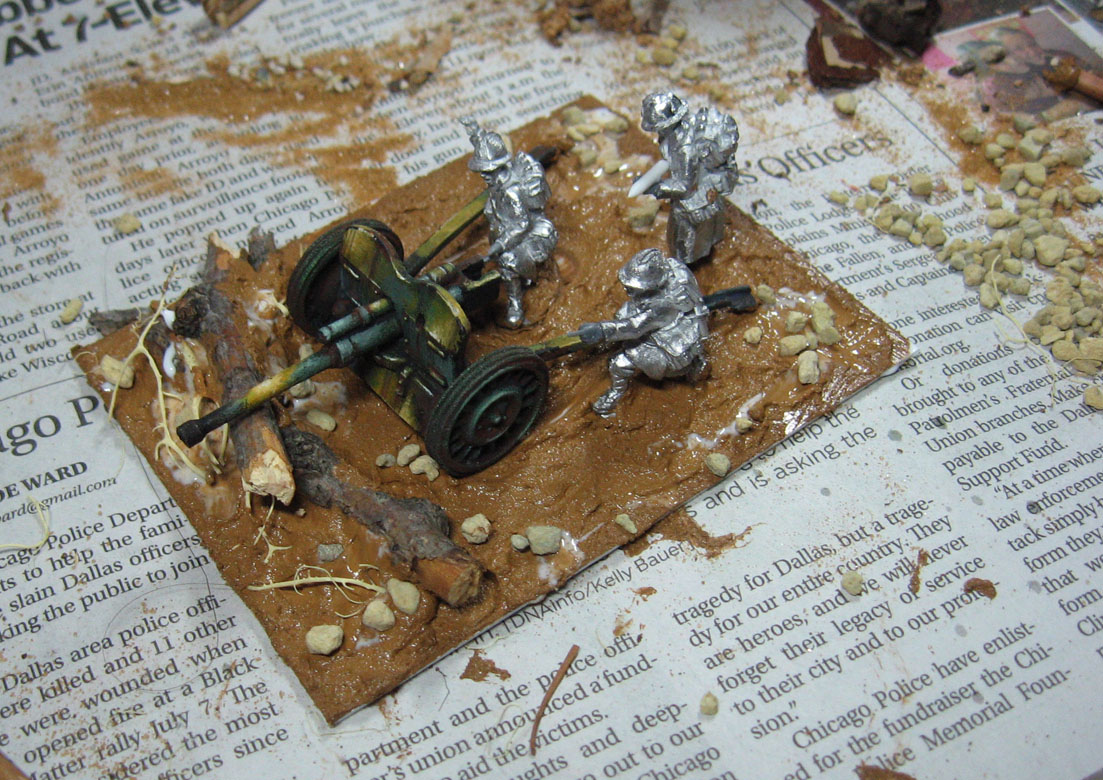 The placement of the medium gravel is the most important for the effect.  Once again, the idea is to build around the larger rocks, working down to finer and finer textures.

By starting out with the heavy gravel first, you will get more holding power from the glue and paste.  It also ends up looking more natural. 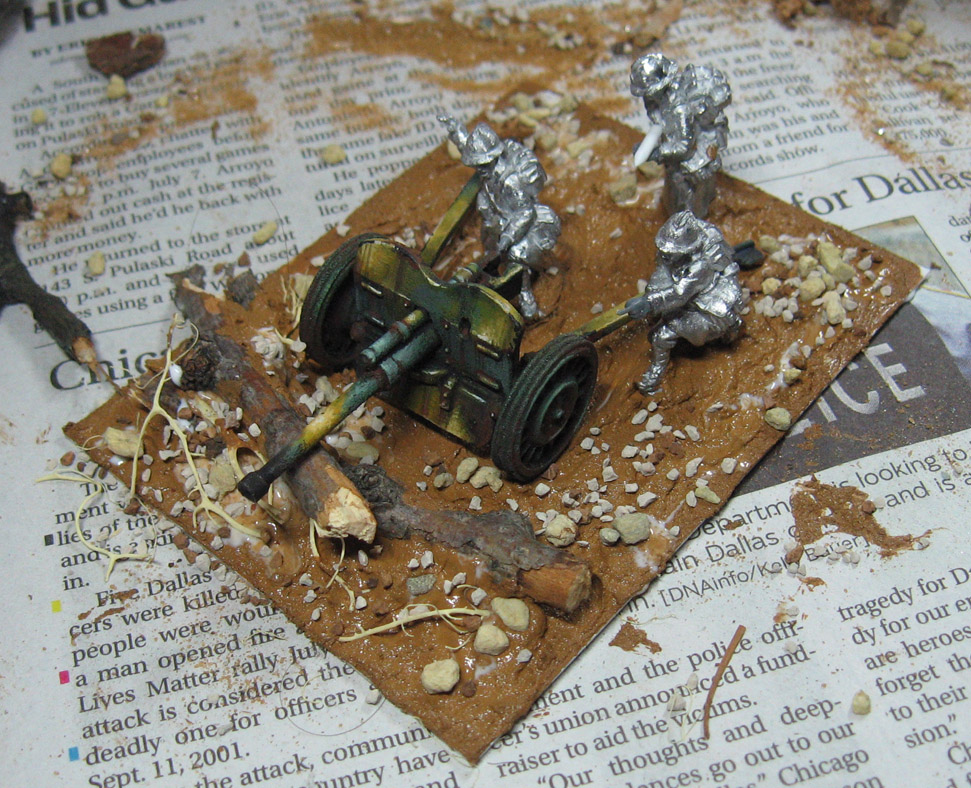 The sand is applied last, and that will 'fill in' around the heavier gravel, like fine dirt. 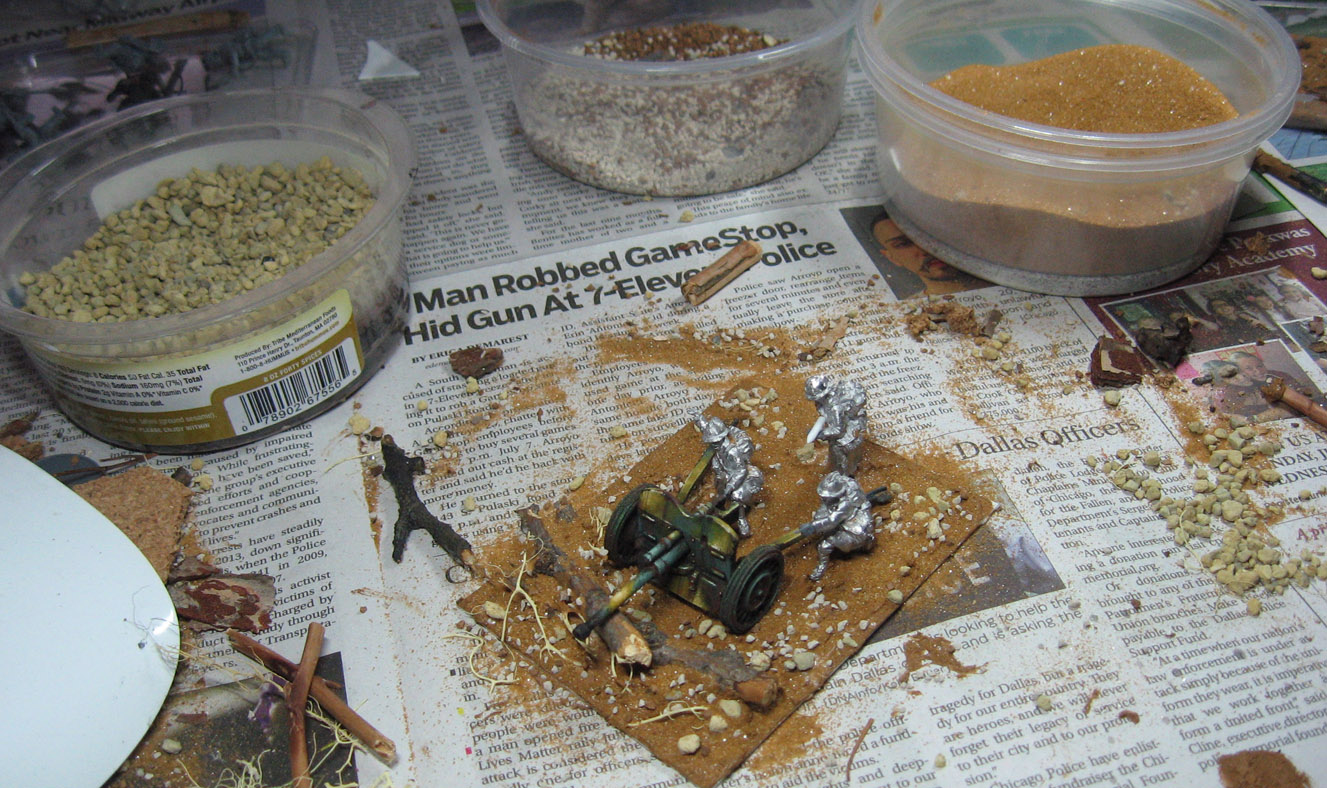 The logs and roots now look like they have been buried hastily to establish this position! 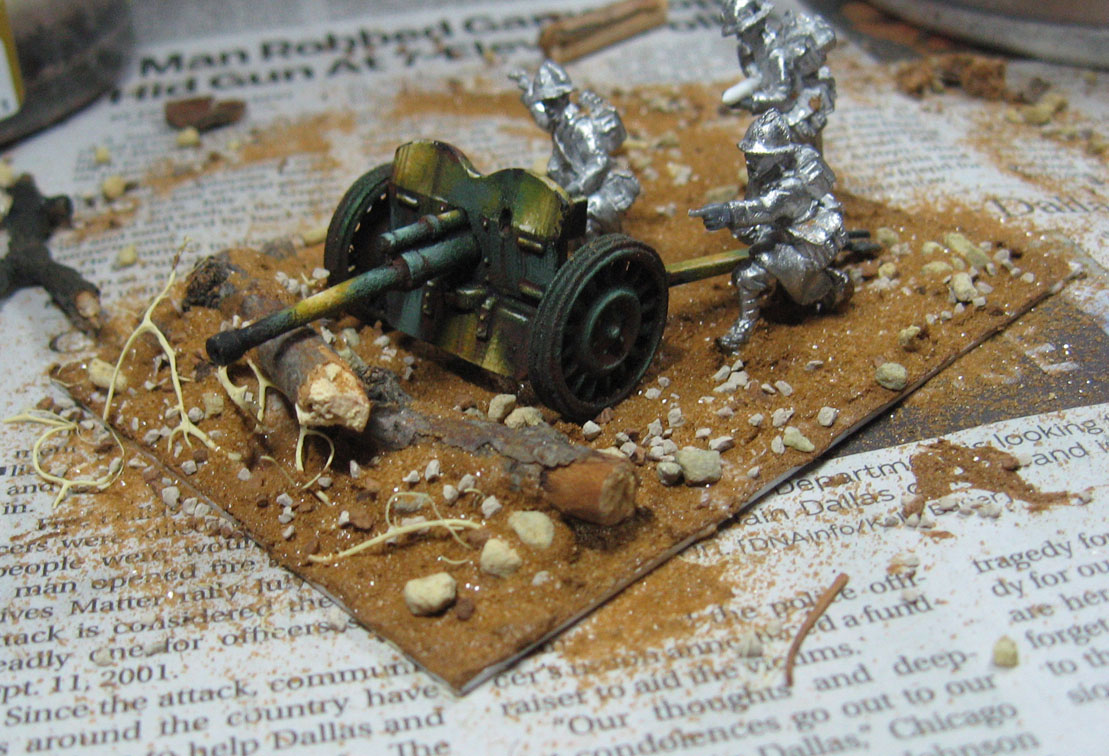 I had an extra shovel that is a fun little detail... one more indicator of how this was just set up by the crew to try and halt marauding Panzers! 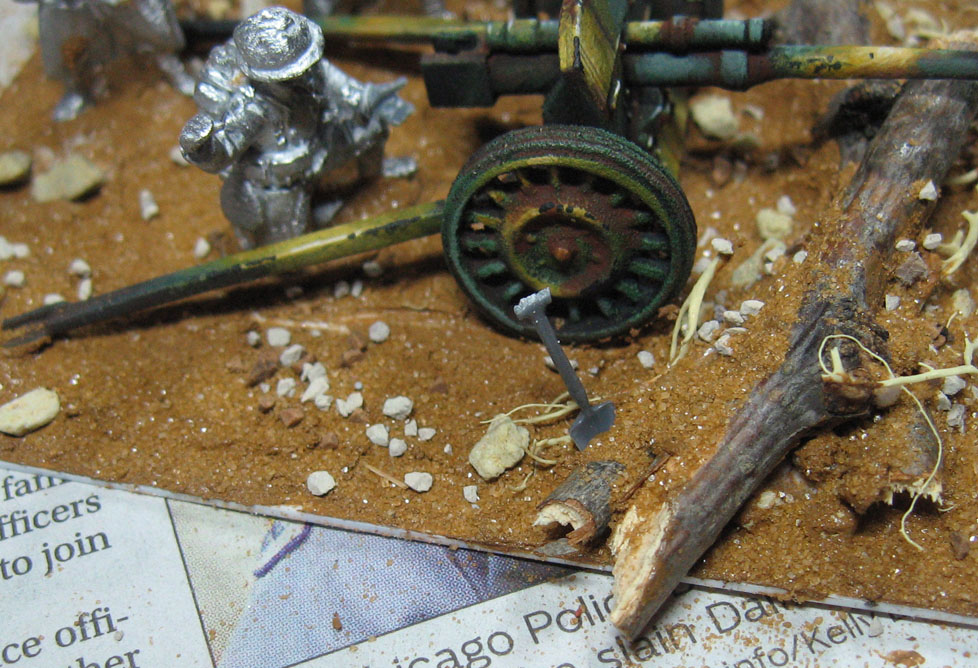 Playing off the shell in the hands of one of the crew, I made a few additional rounds, as well as spent casings nearest to the loader. 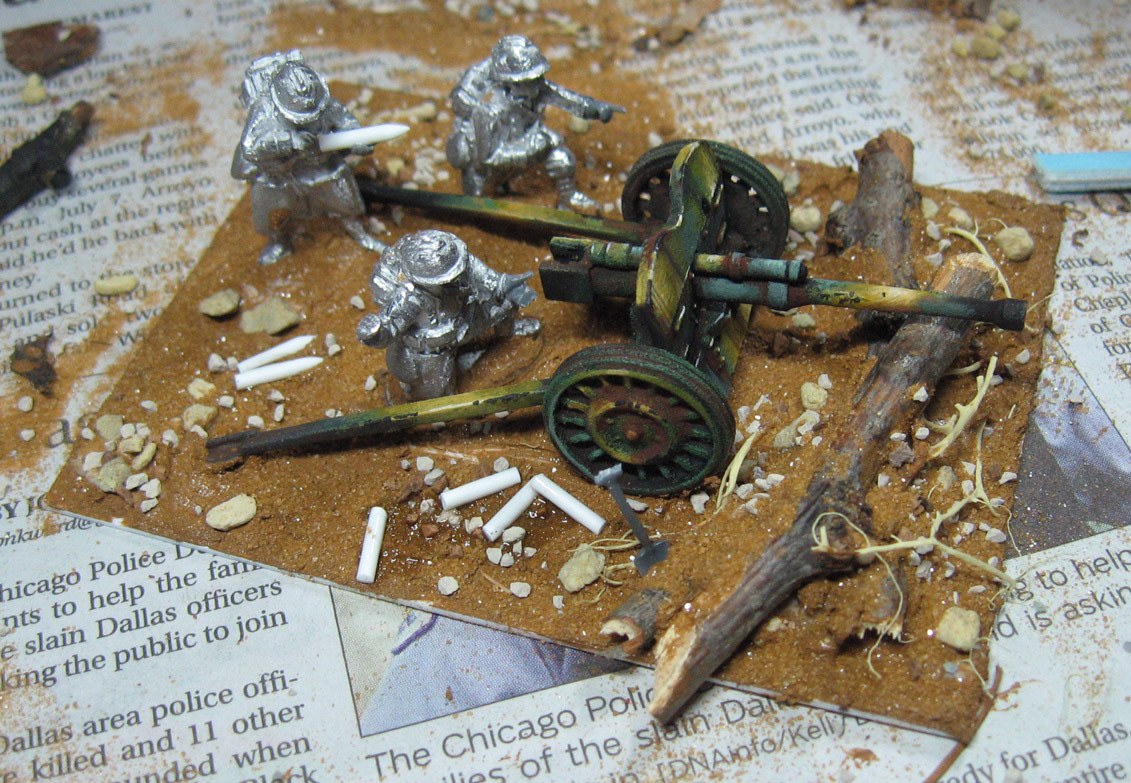 The emery board you see in this picture is what I used to file the polystyrene tubing to a point.  It has a heavy grit on one side, and fine on the other. 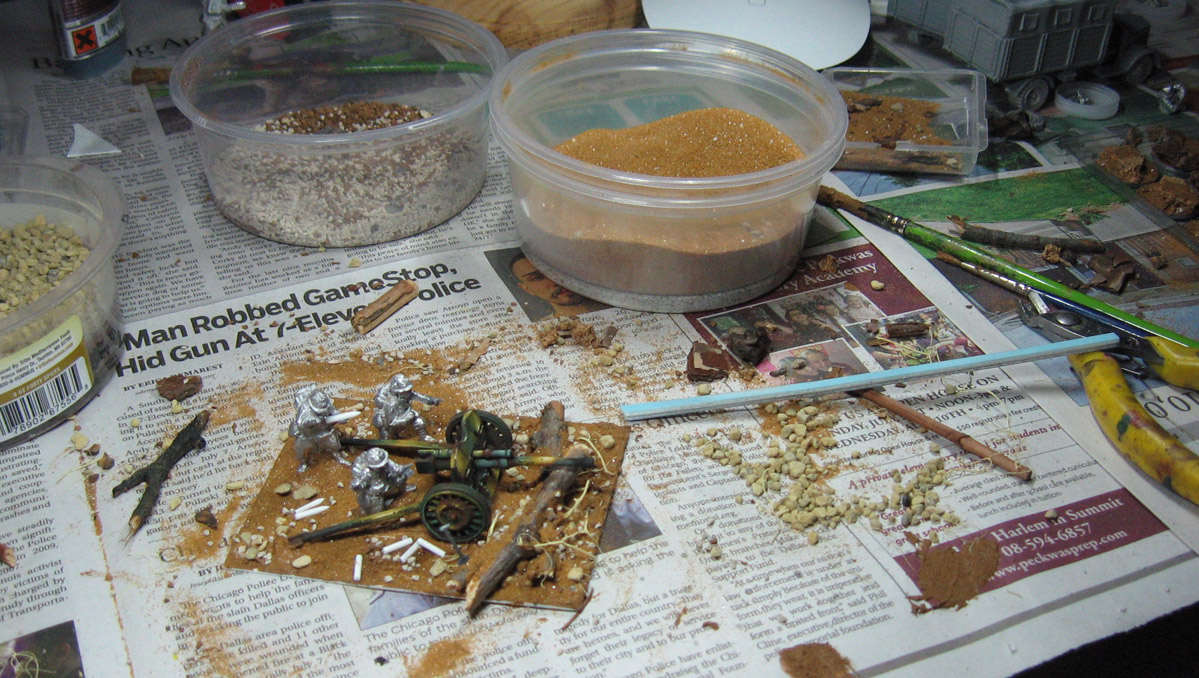 We now have a 47mm gun position and crew ready for painting!  Stay tuned for the final result... and then it takes its place on the battlefield.

This is just one of several pieces from Mad Bob's miniatures that I'm working on for my French Forces. 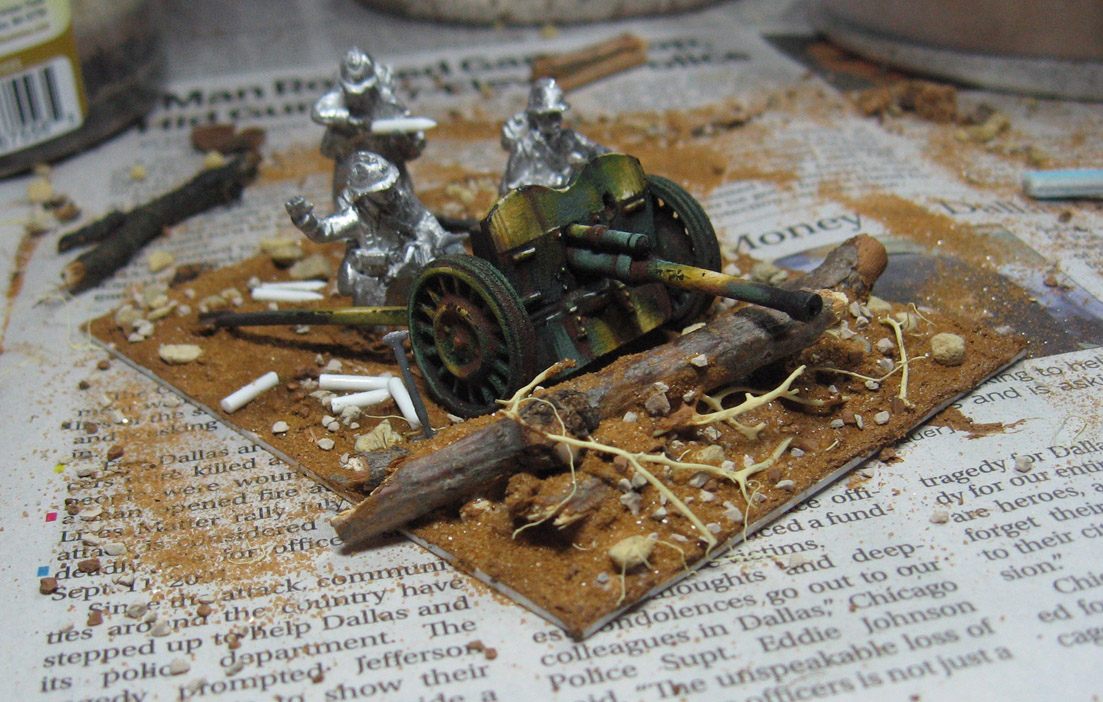