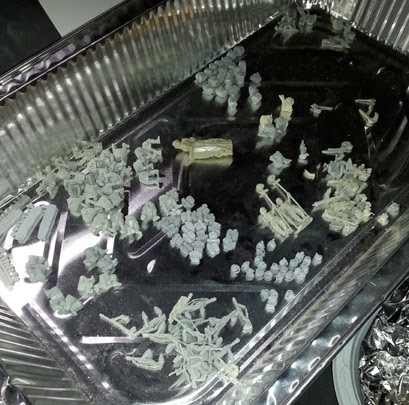 As you have already heard... lots going on for Adepticon!  Lots of Victoria Miniatures and Secret Weapon products.  You can see the bike bases and the barrels.  I have some fun posts coming your way on those barrels!!

The tin above had enough parts in it to make almost 40 Highland Moss Guard. 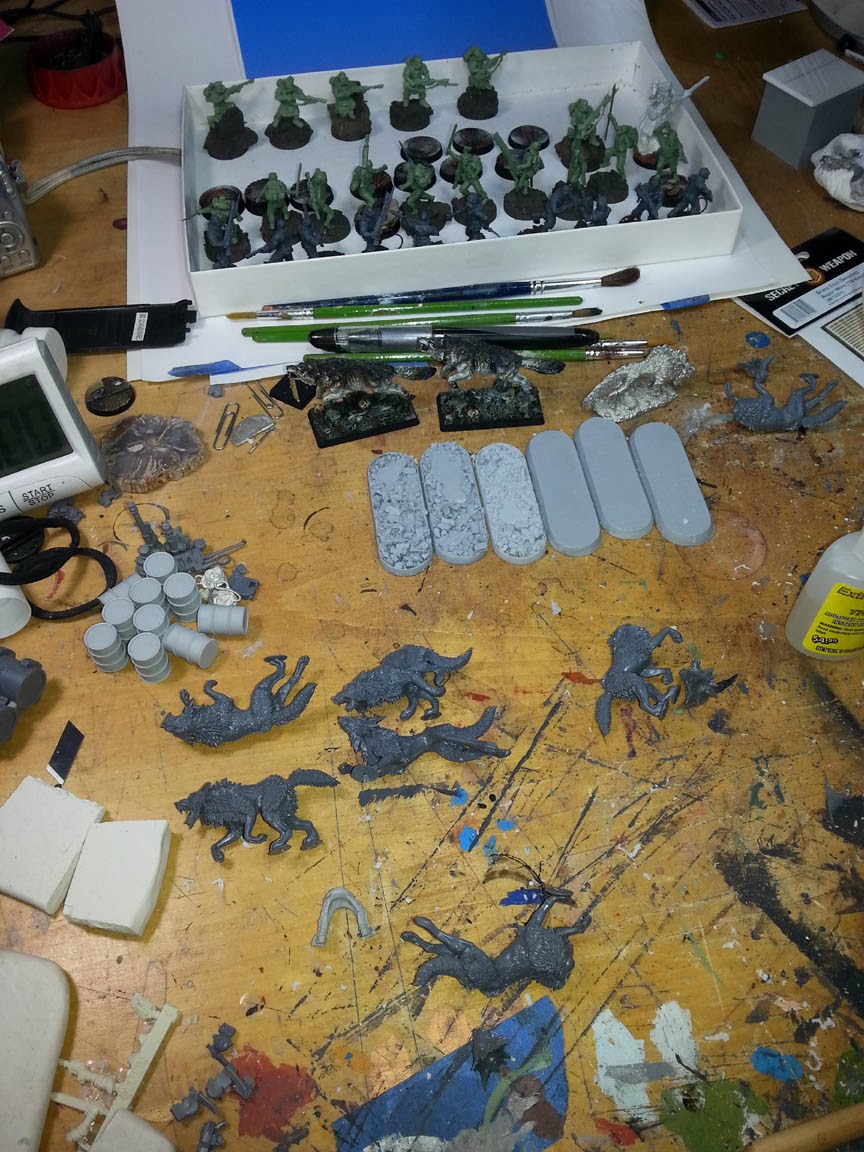 A box of Sisters.  Not all of this will be used.  Quite a bit less of it in fact.  Way less than I had anticipated. 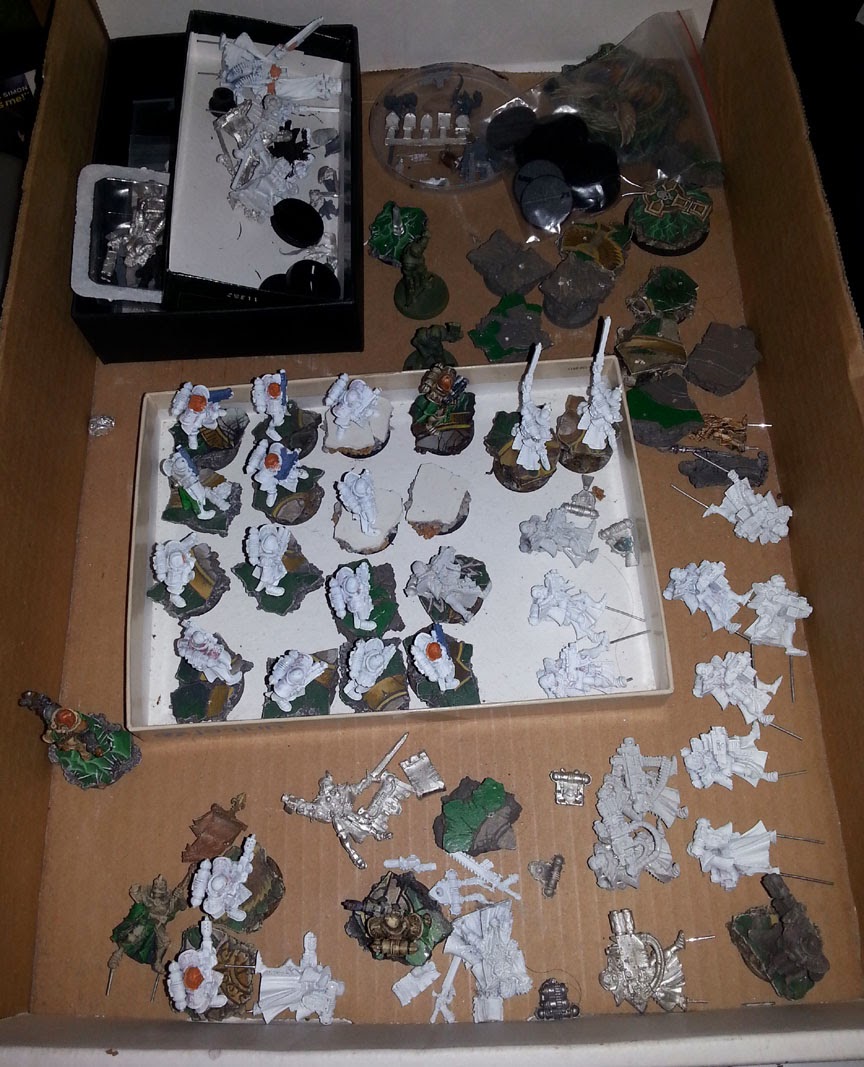 Some of the painted Secret Weapon bases just waiting for minis! 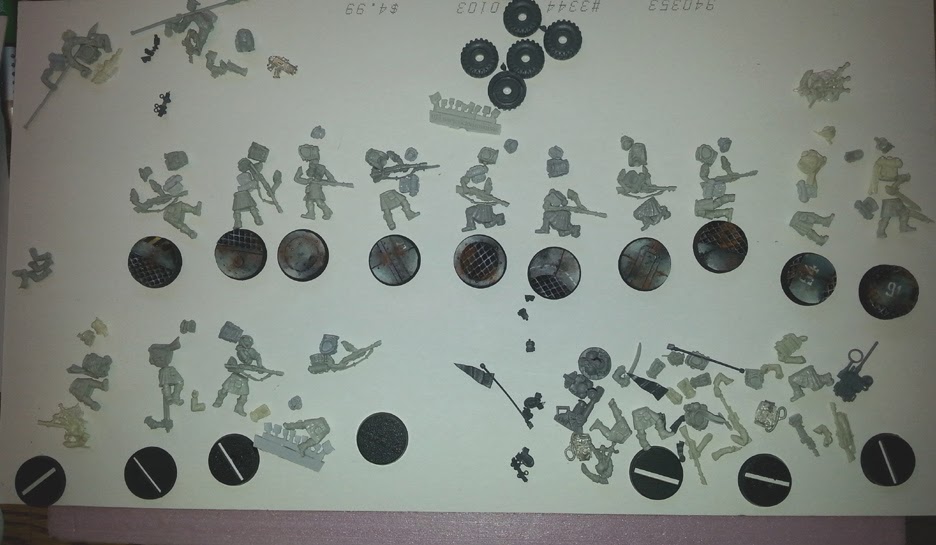 Hoping to have 4 ten man squads... gonna be interesting!! 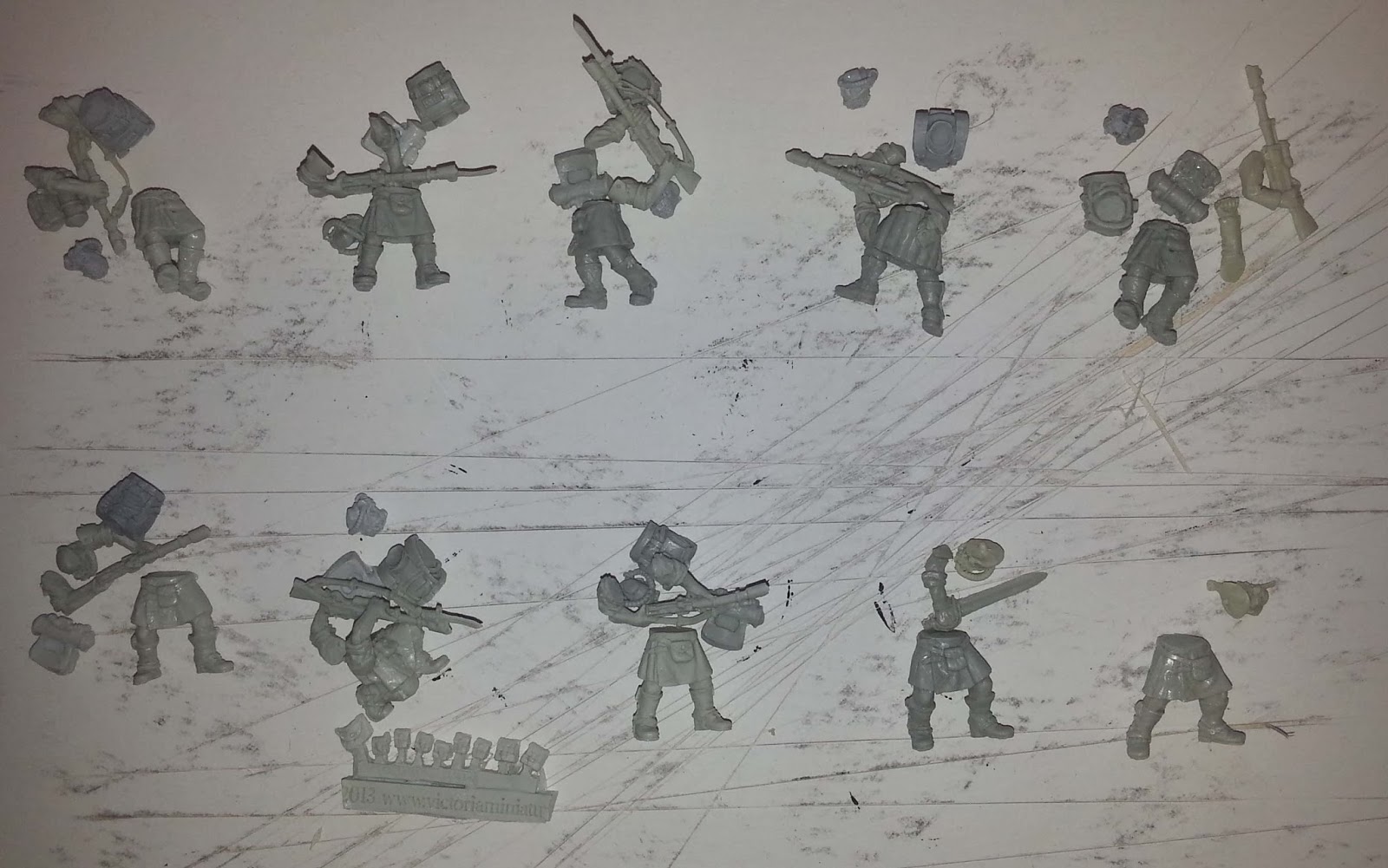 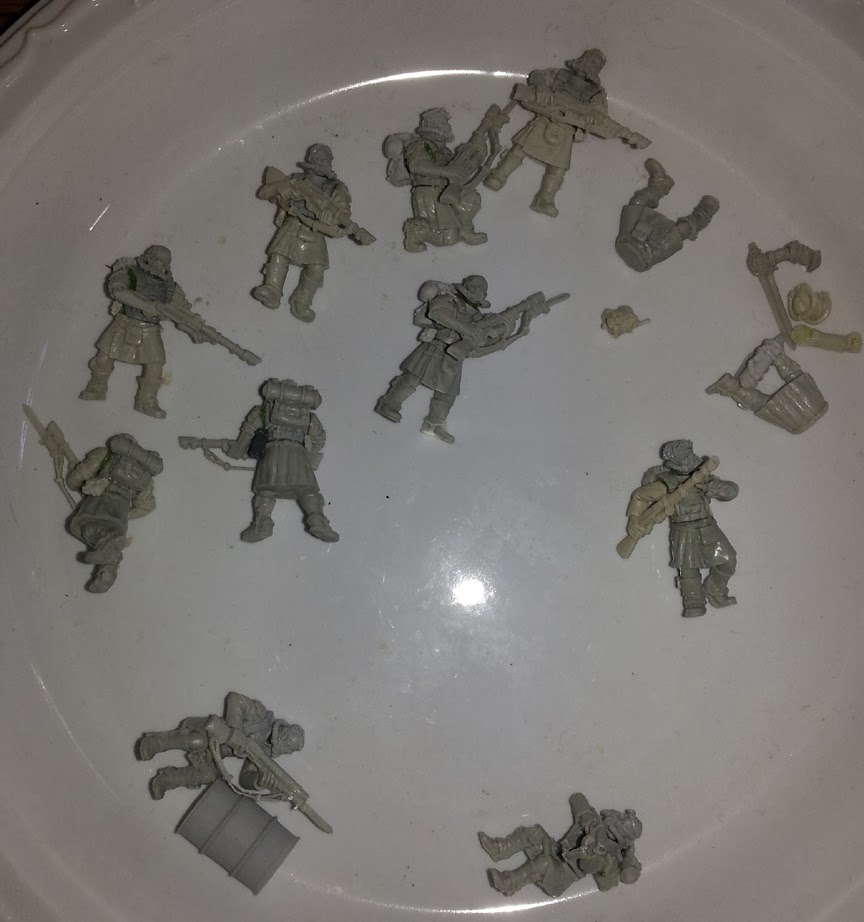 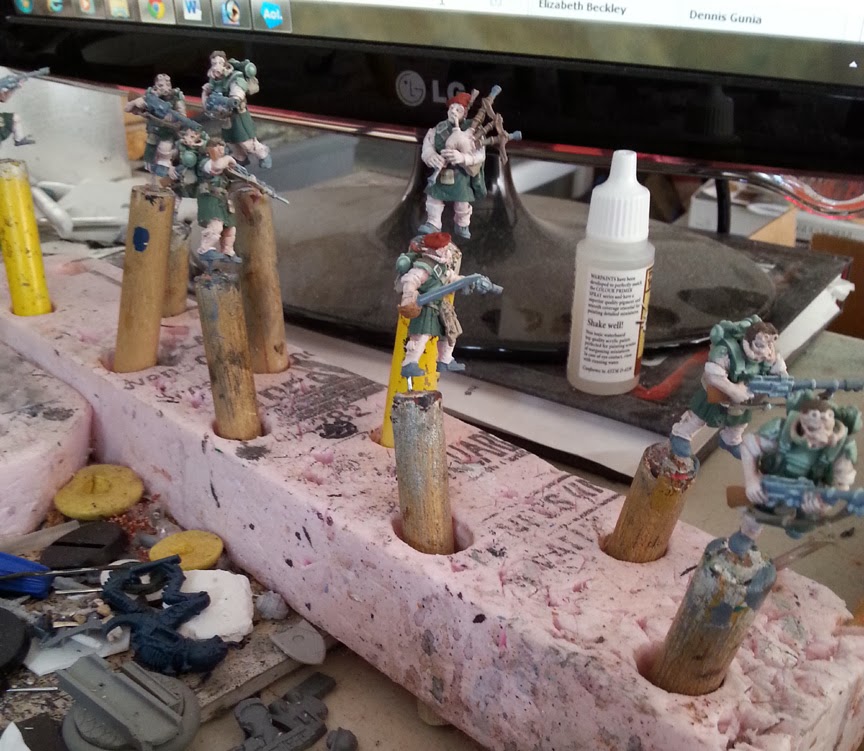 Psst... don't tell anyone, but these will be posted in a few posts next week.  It's a secret, just between us. Be veeeeery quiet. 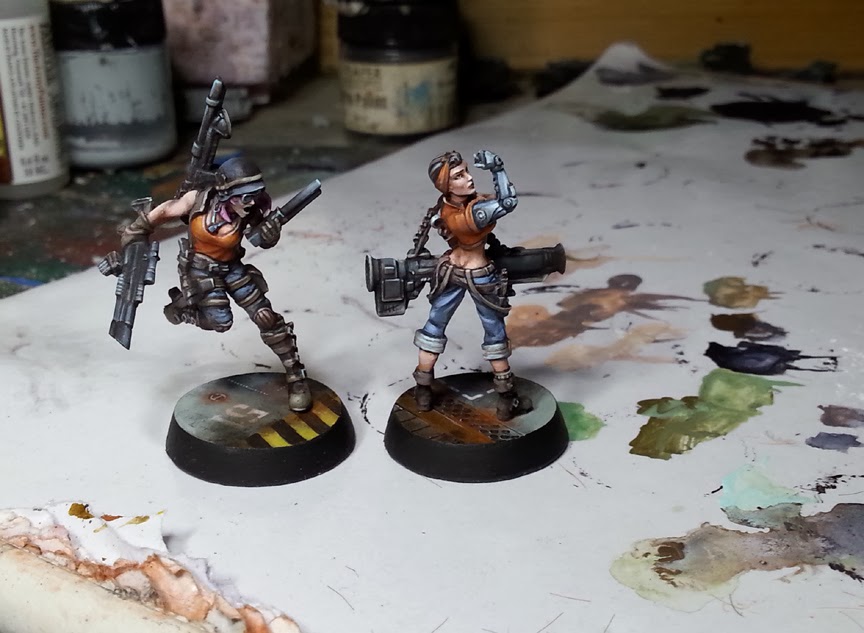 Posted by wappellious at 4:55 PM 6 comments: 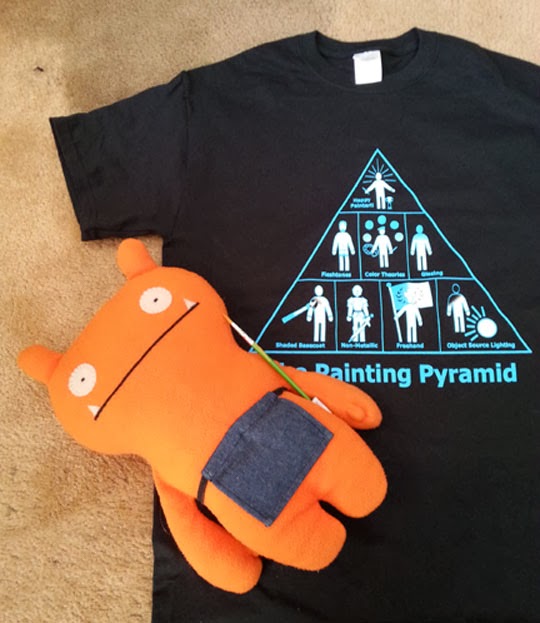 Last week the shirts came in, courtesy of Off World Designs!  Wage commandeered one for himself right away, of course.

I have mentioned a few times that creating the inserts for the various jewel cases has been more of a challenge than I thought.  Originally, I was planning on two different case sizes.

Instead, there are five, and one more might be needed.  The selection was much broader than I thought, which is better in the end.

I was trying to avoid sending dozens of individual cases to the same person, since I don't necessarily like fooling around with that many myself. :-)  Since the larger capacity ten and twelve cases require a larger paper format, that created extra hassle on the design and printing end. 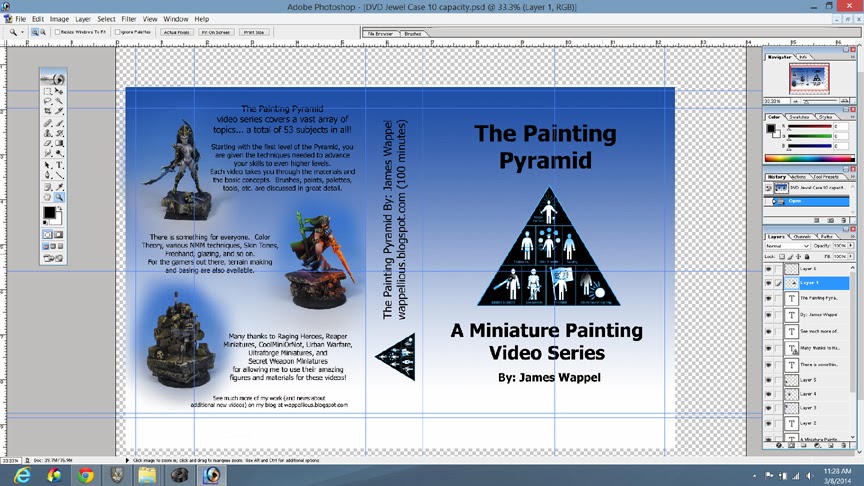 They are quite helpful, though, when it comes to organizing the disks into a tidy space! 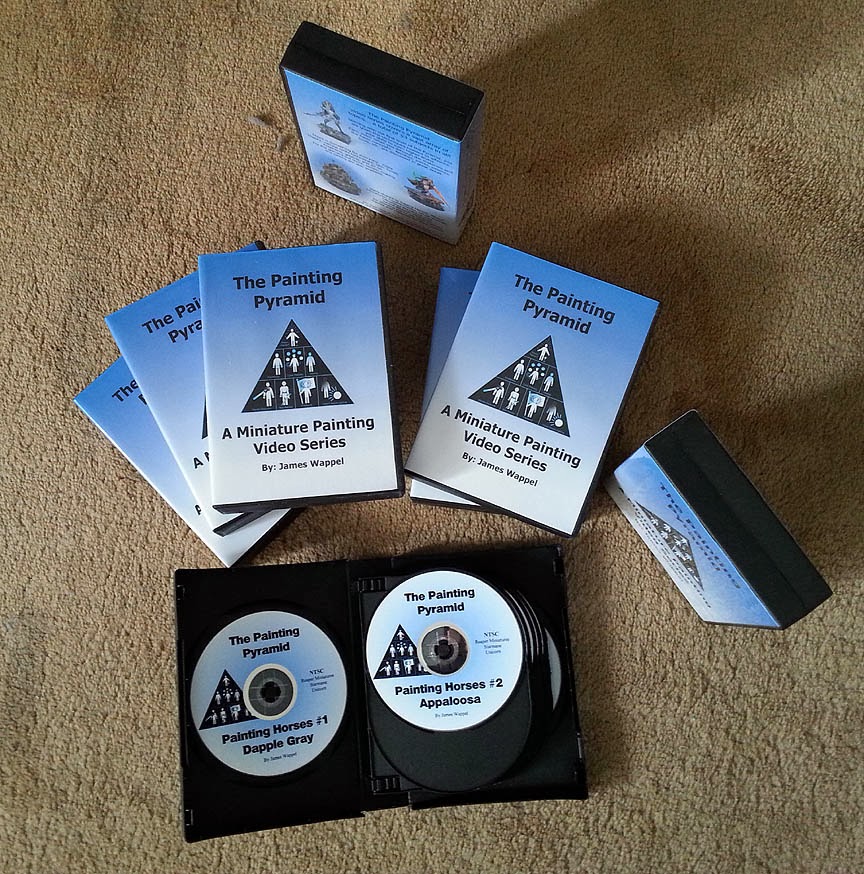 It was suggested that some kind of material be used to cushion and stabilize the disks into these cases for shipping.  This has been tested out in shipping, and it does the trick nicely. 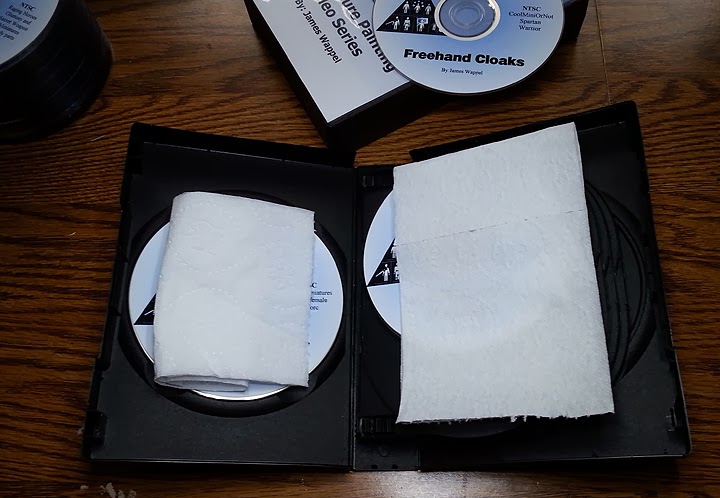 Most of the boxes going out will not be quite as massive as this!  I learned that all 53 titles amounts to over 3 pounds of disks (even more with the jewel cases)! 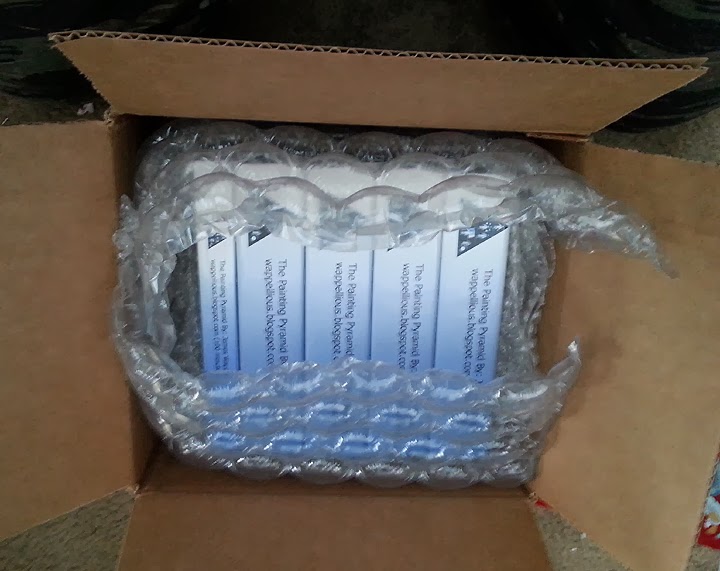 This Row of Knowledge looks a lot like the Encyclopedia Britannica. 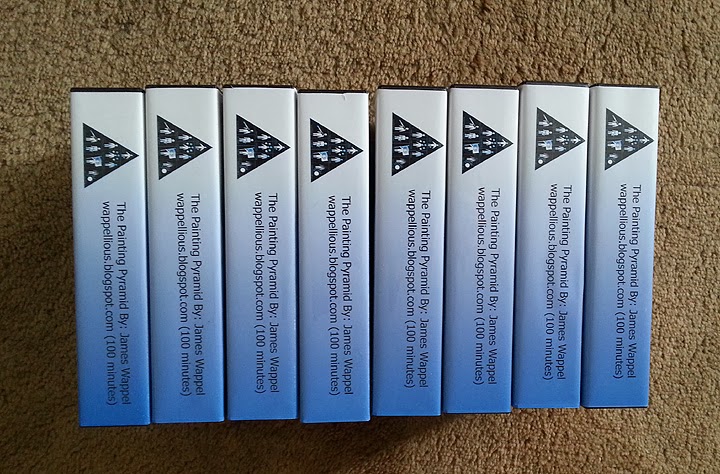 Shirts!  Many different sizes.  It's very fun to see the designs so large, after the tiny format of the Dice! 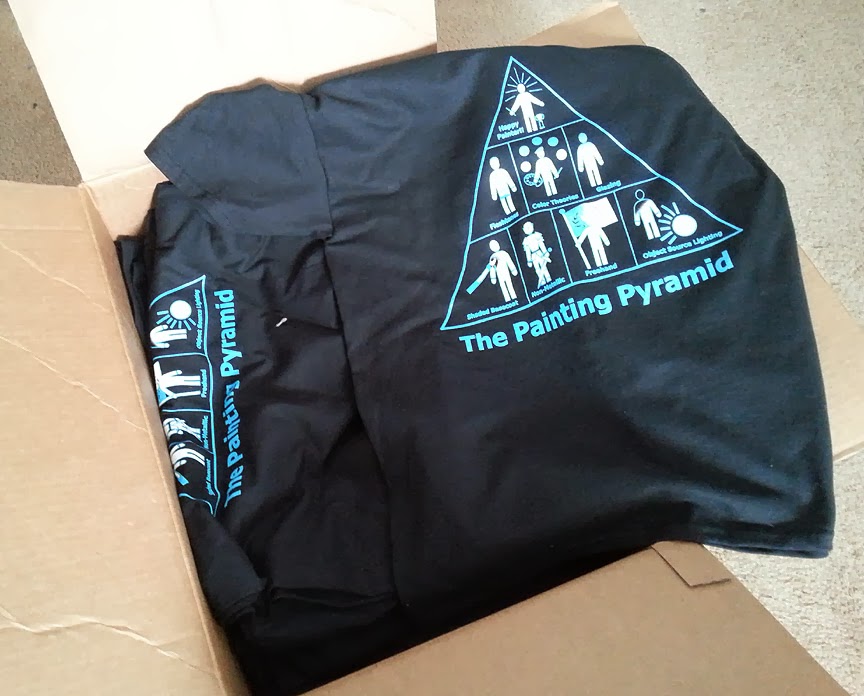 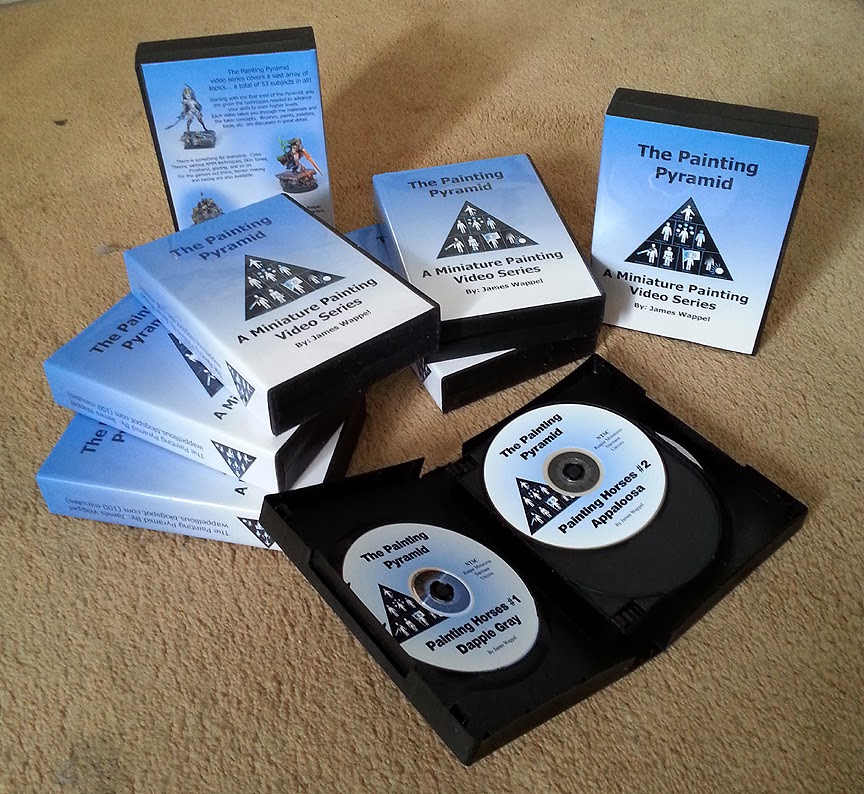 Posted by wappellious at 1:15 AM 9 comments: