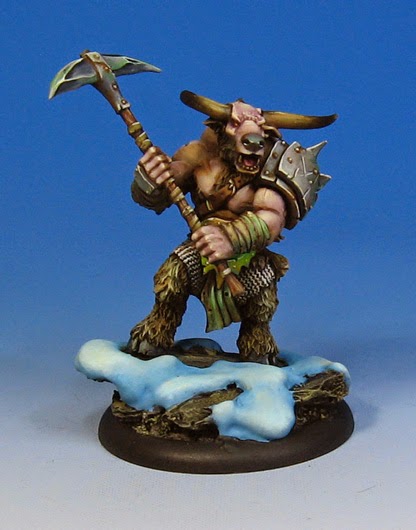 Well, it's just a little over 24 hours until the Bulls begin the new season!!!  So, we shall honor our favorite team with some Mierce Miniatures Minotaurs!!!

I have to say, these have been fun to paint. Not too crazy, with decently sculpted muscles and so on.

They are also a nice size.  Big enough to be quite different from a beastman, but not ginormous!

Posted by wappellious at 1:48 PM No comments:

Lemme give ya all four barrels... 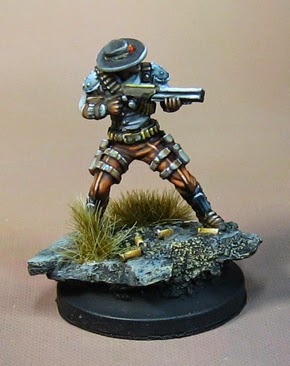 Some more light support for the Lawmen.  This quad shotgun has caused quite a bit of damage the lest few games, taking out characters and clearing out buildings.

He comes free when you include ten close combat Hired Hands.  Those close combat lads really came into their own the last game!  This guy may not be very fleet of foot, but he's got a hankerin' to set the world on fire.

In order to more easily distinguish him from the other Long Range Hired Hands, I used some shell casings from Secret Weapon Miniatures.

There are four casings on the base, just to let me know from a distance who is my key shotgun toting dude. :-)

Posted by wappellious at 12:51 AM No comments: