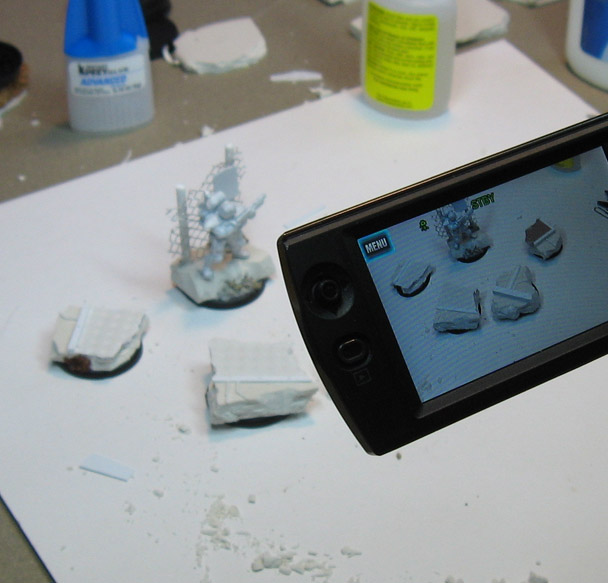 A good portion of this week has been dedicated to filming basing videos and terrain.

While I knew going in that these would require a very different approach than the standard miniature painting videos, it has been very interesting to see the details of what must be done. 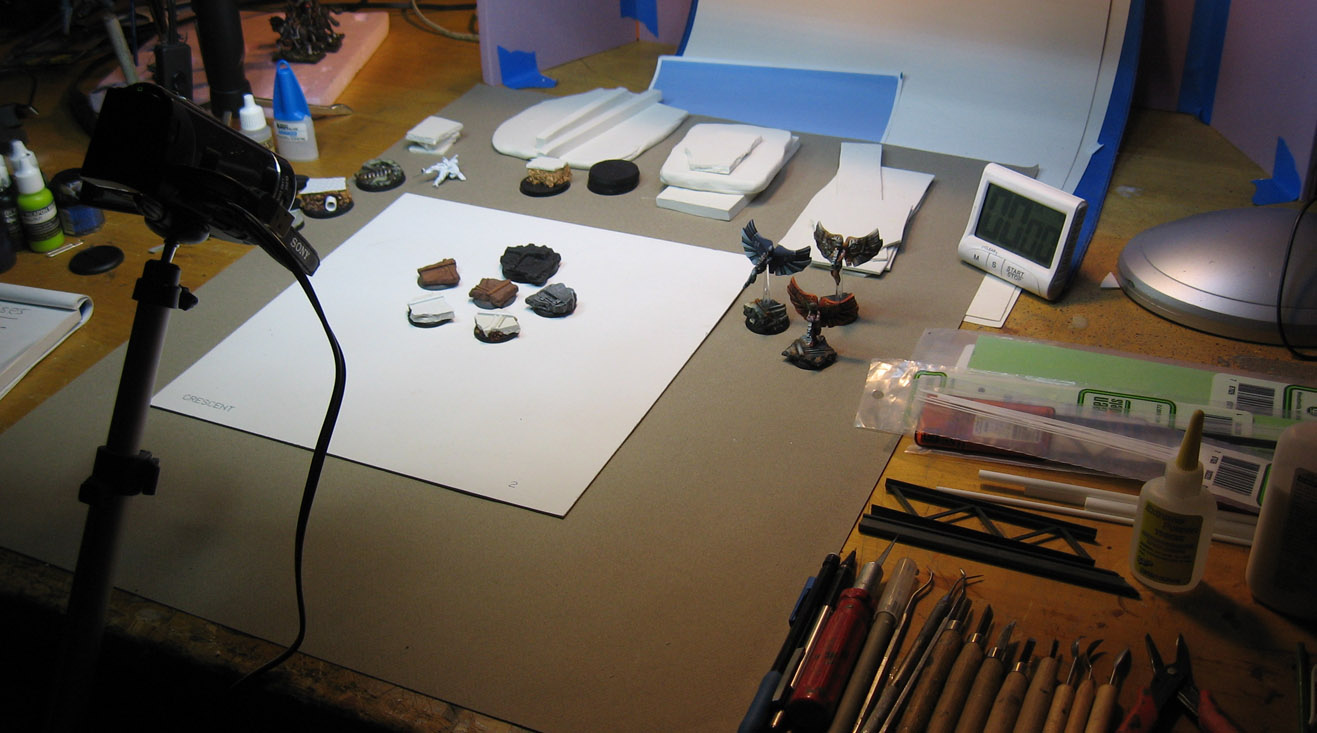 I don't want to bore you with those details, but for starters, I am very glad that I chose to use the ancient drafting table that weighs a few hundred pounds!  There is a lot of violent action in the carving of some of the pieces, and the camera might have been knocked over on my original setup :-) 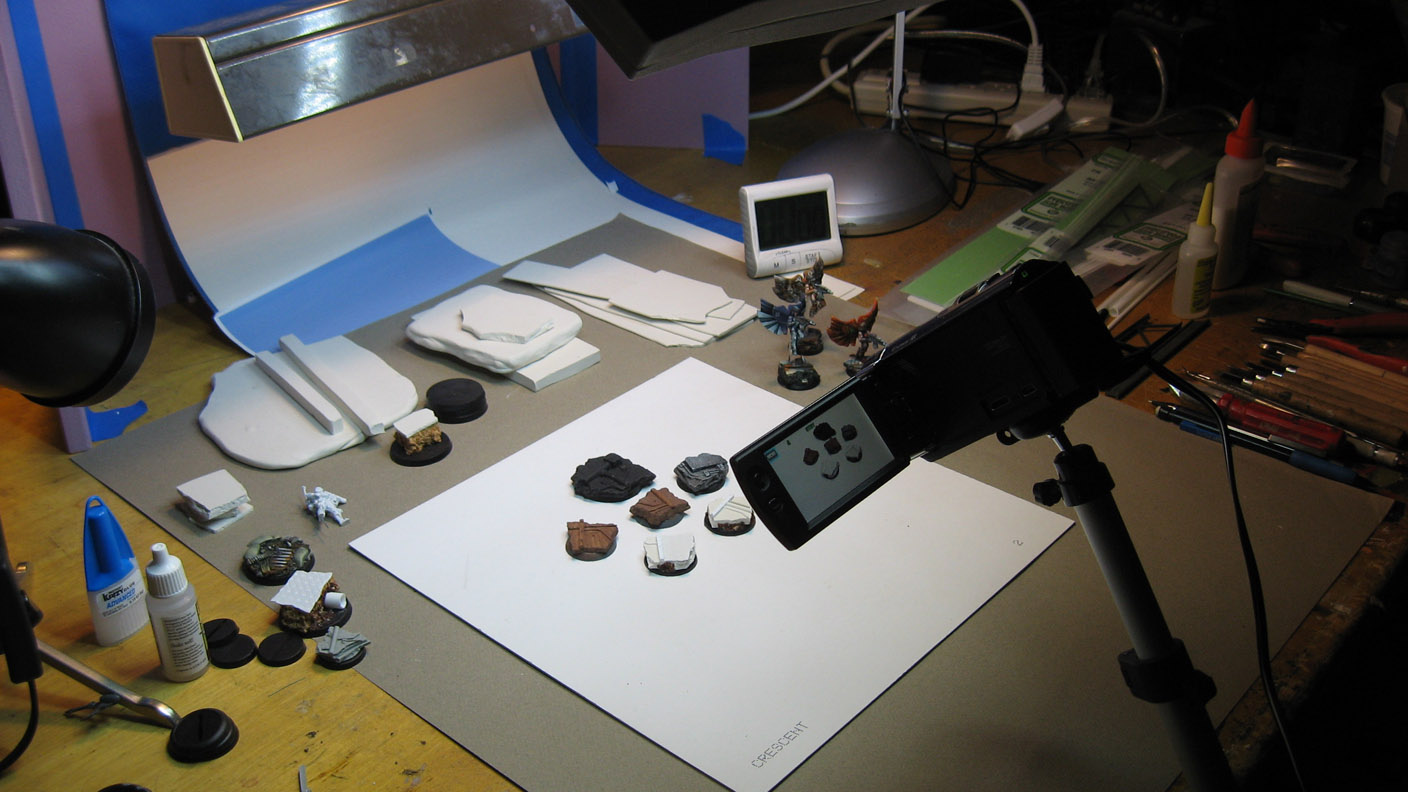 I learned that a white background is also better, because the white sculpey gets burned out on darker surfaces.  The camera is not forced to negotiate extreme lights and darks.

As you can also see in the image, the basing videos are really several projects in one, even though they are all related.  These are the bases covered in the sci-fi basing set.

I was very glad that I tried to make as many of the painting video figures use these various bases, as that provides some solid examples of how these bases can really spice up a figure.  The Camouflage figures are a case in point! 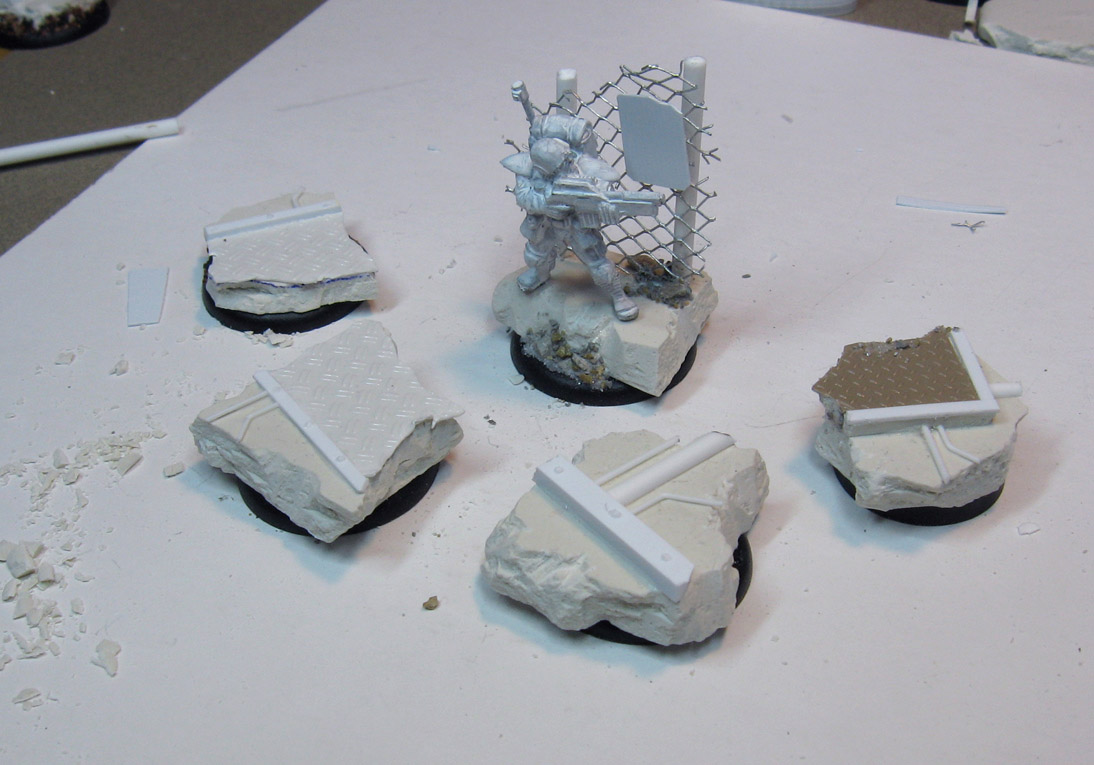 There was one little twist that I am adding in.  See the chain link fence base?  I decided to paint that one and splice that in at the end of the video, since a painted example would be helpful (and I had about 2-3 minutes of space available!). 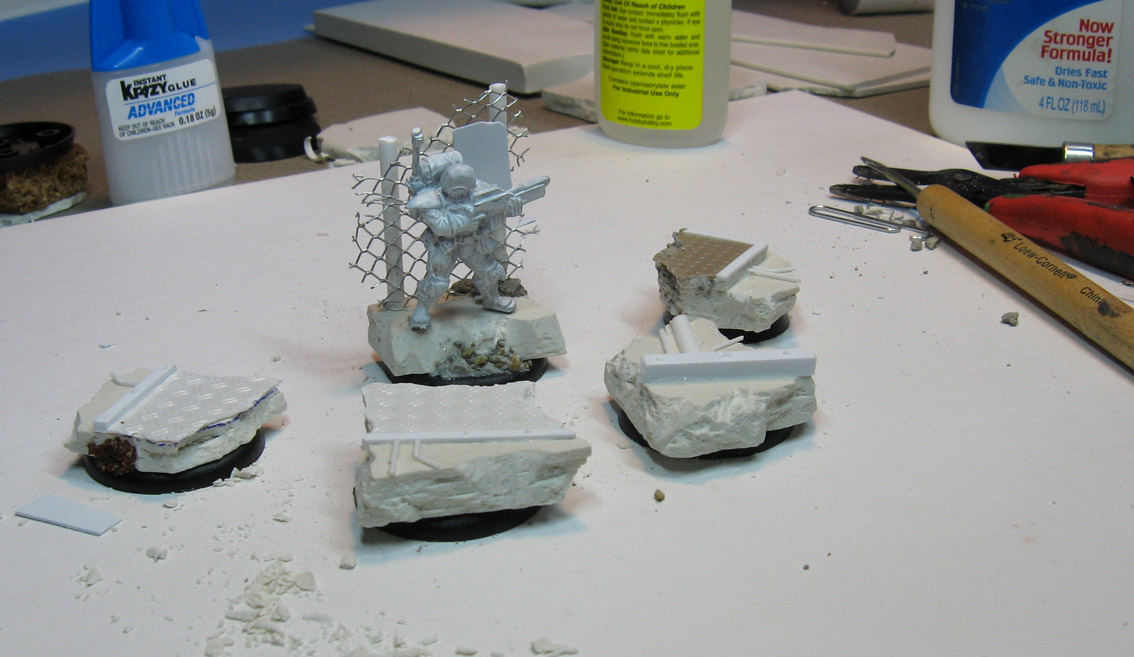 So, I will show you some pictures of this painted later tomorrow night! 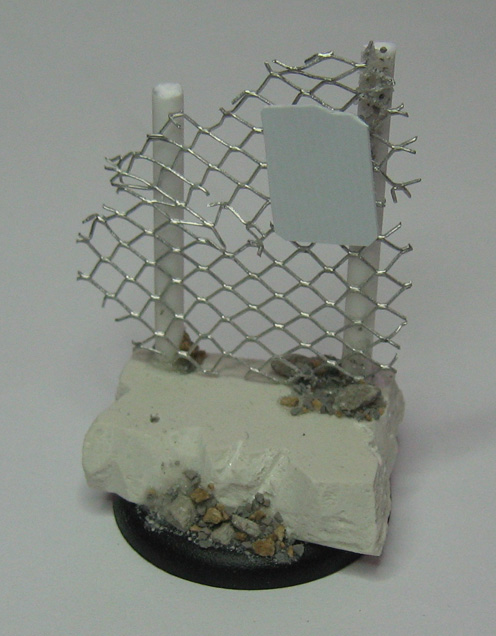 Posted by wappellious at 2:45 PM 4 comments: 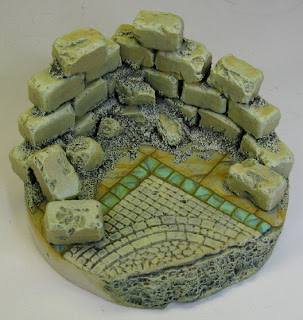 Here are some more images of Cathy's base!  You have seen the WIP images of how she built the base from the baked sculpey, carving and weathering each block, as well as the mosaic floor.

This is the second post showing the process of painting it.

Cathy did some color test marble pieces first to practice... 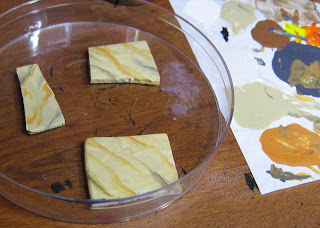 It's always a good idea to do such practice sessions, since it will definitely save you a lot of time and struggle, and yield a better final result. 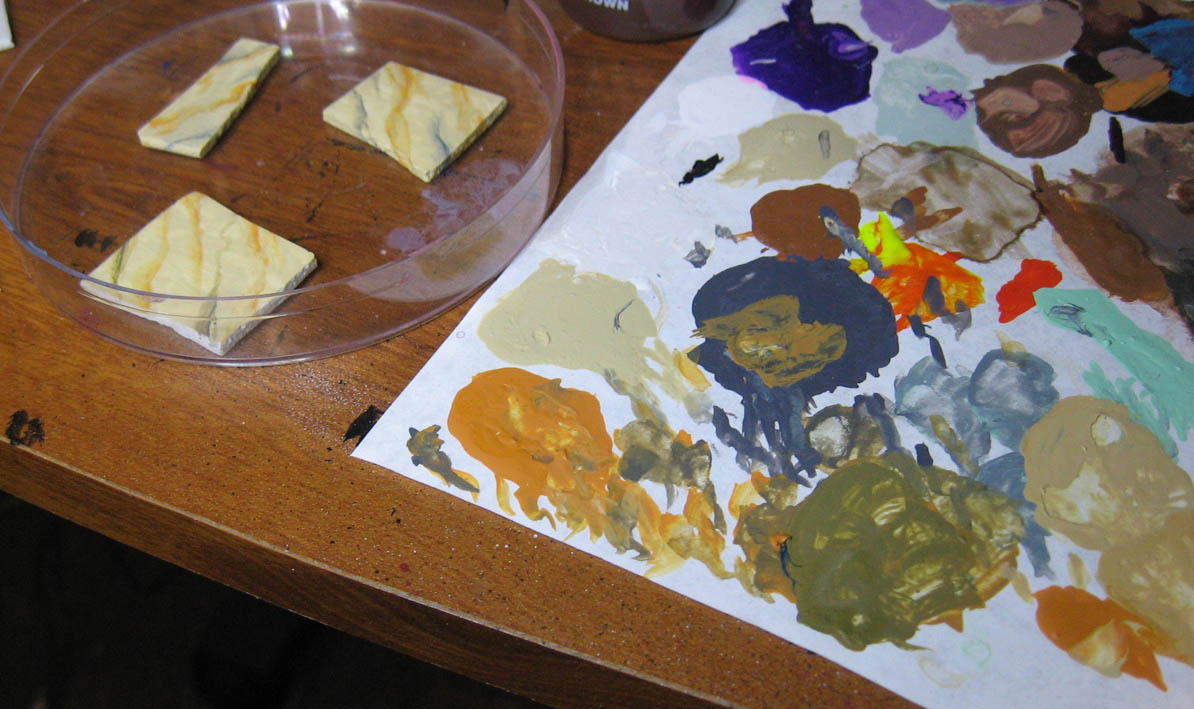 Here is a reference she was using, a painting by John William Goodward. 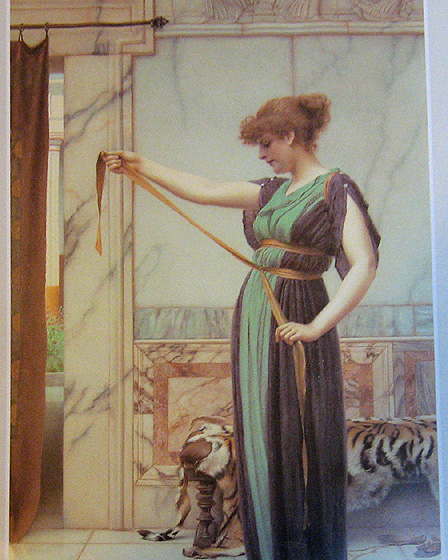 Now for some images of the base after this stage of painting:

You can really see the greenish marble, along with the stains in these images...

Stay tuned for the next episode, where she works on the smaller mosaic pieces! 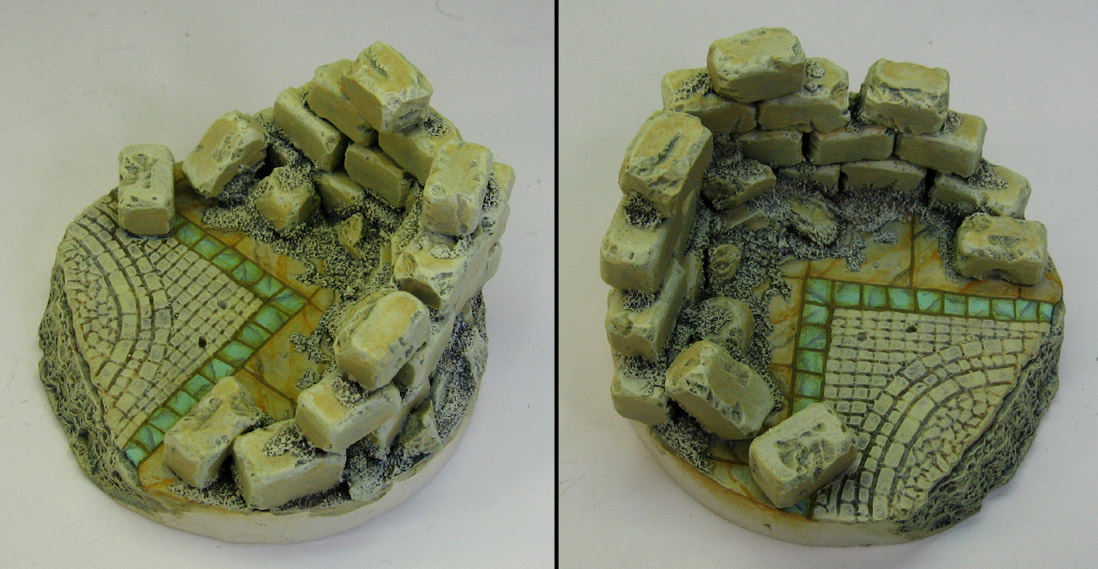 Posted by wappellious at 4:33 AM 9 comments: