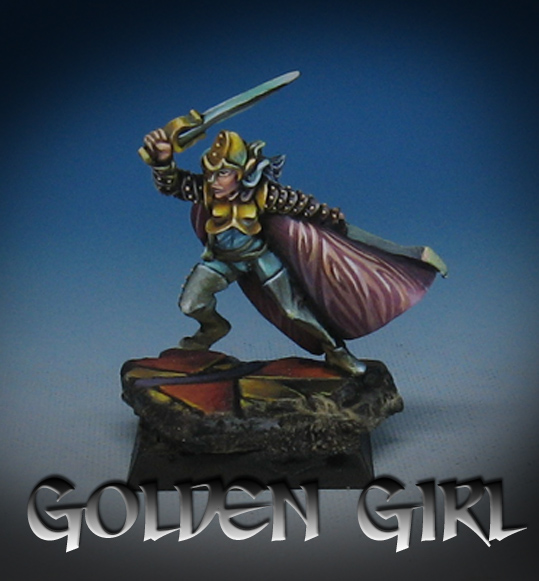 I had a lot of fun with the metals and the cloak, since despite the advanced age, the details were actually quite crisp.

I have been intrigued as I compare these very old minis with the very latest creations of all the new companies.

I can remember a time when most figures had been sculpted by a far smaller range of sculptors, so they all had this kind of appearance.  There are now many new and different styles and approaches, which makes everything a brand new painting experience every time :-) 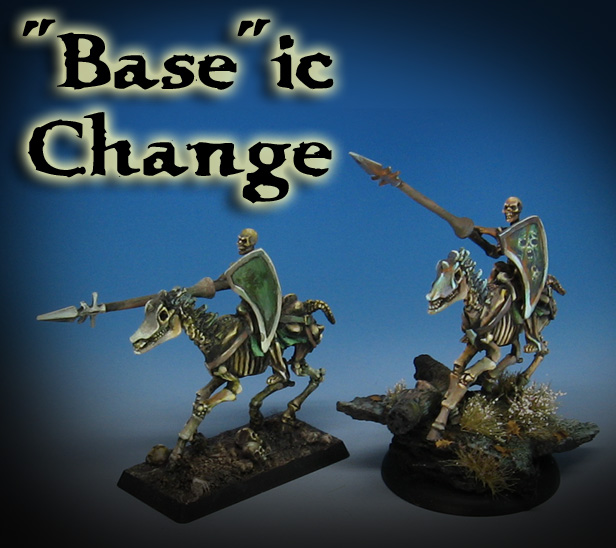 I thought it might be fun to take a few pictures comparing the re-based Skeleton cavalry on the right to the more original appearance on the left. 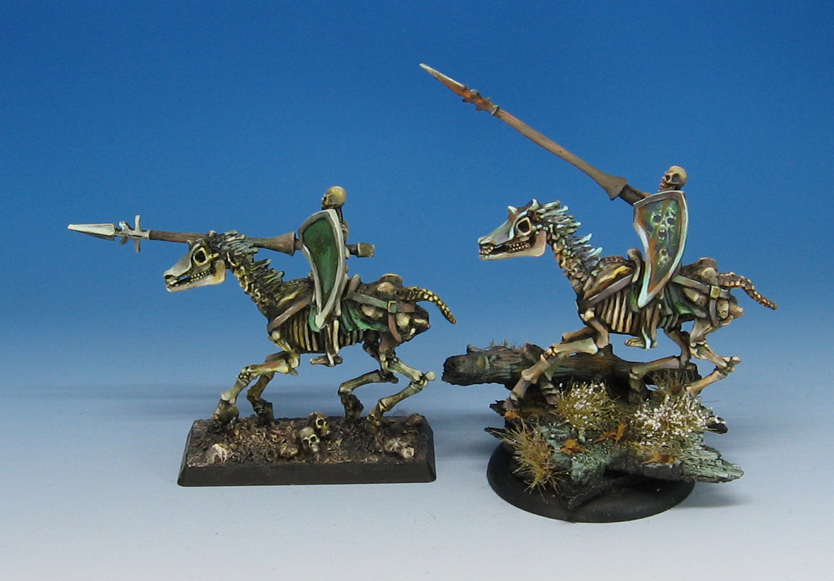 I used a razor saw to slice the feet of the horse from the pewter "broccoli base" which was hidden beneath oxide paste and gravel. 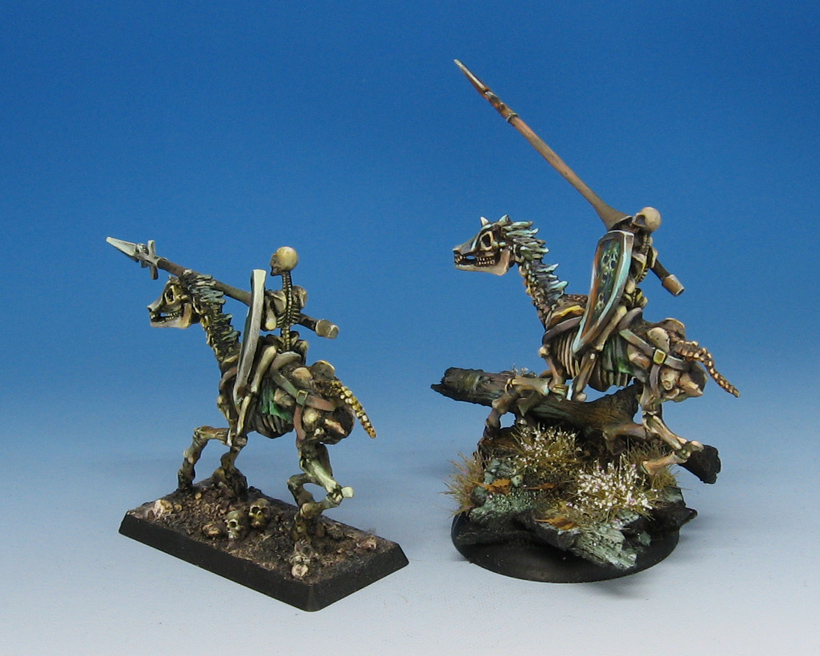 I had made a few bark and branch bases during a previous session, and as it turned out, both of the new bases were absolutely perfect for the skeleton cavalry!

This image shows the second cavalry figure on its new base on the right. 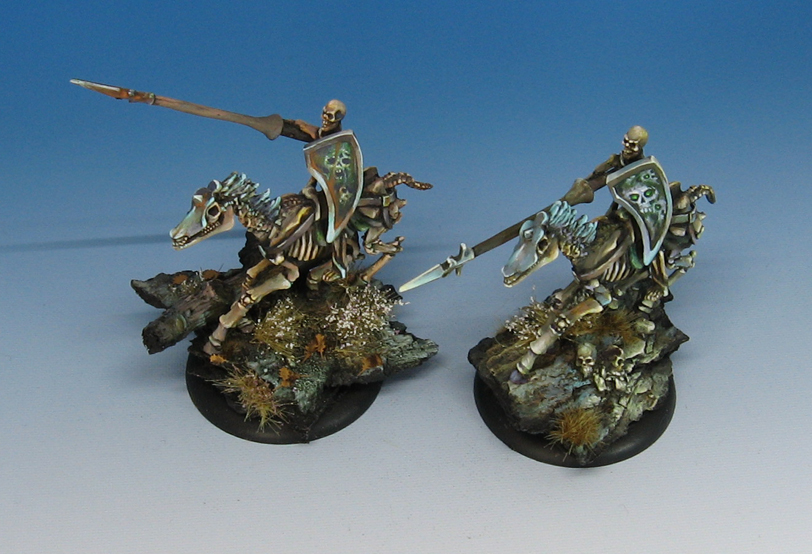 The difference is even more stunning in these side by side images!  It's amazing what a newfound technique can allow, and give new life to a "regular" skeleton horse and rider. 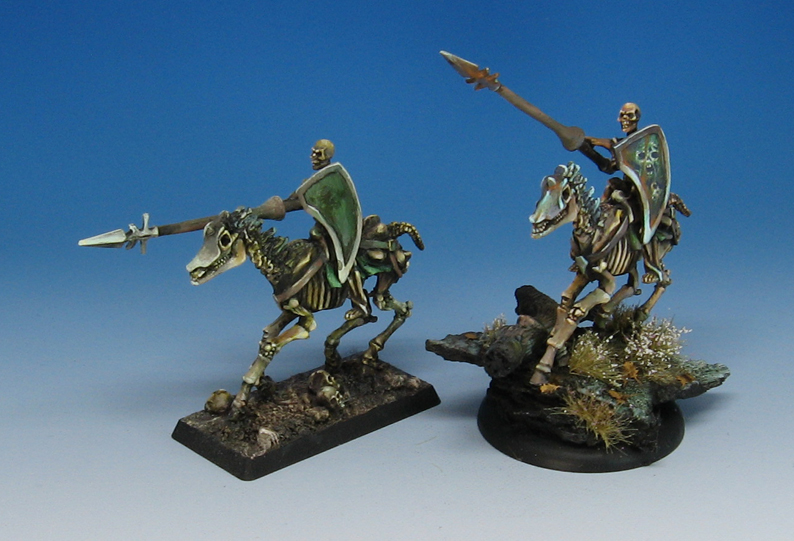