The Road to Arras: a new terrain board 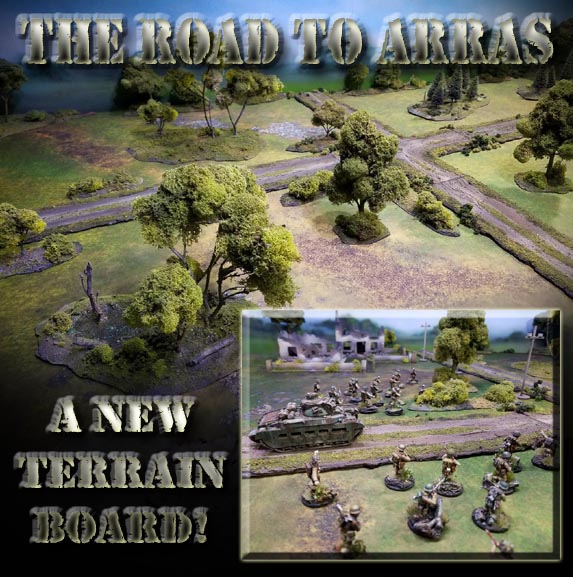 As I lead up to the Battle of Arras report, I wanted to show you what the newest terrain pieces looked like on the Ardennes board.

I am still using the forest matt from TableWar... and this time around you will be able to see a lot more of it! 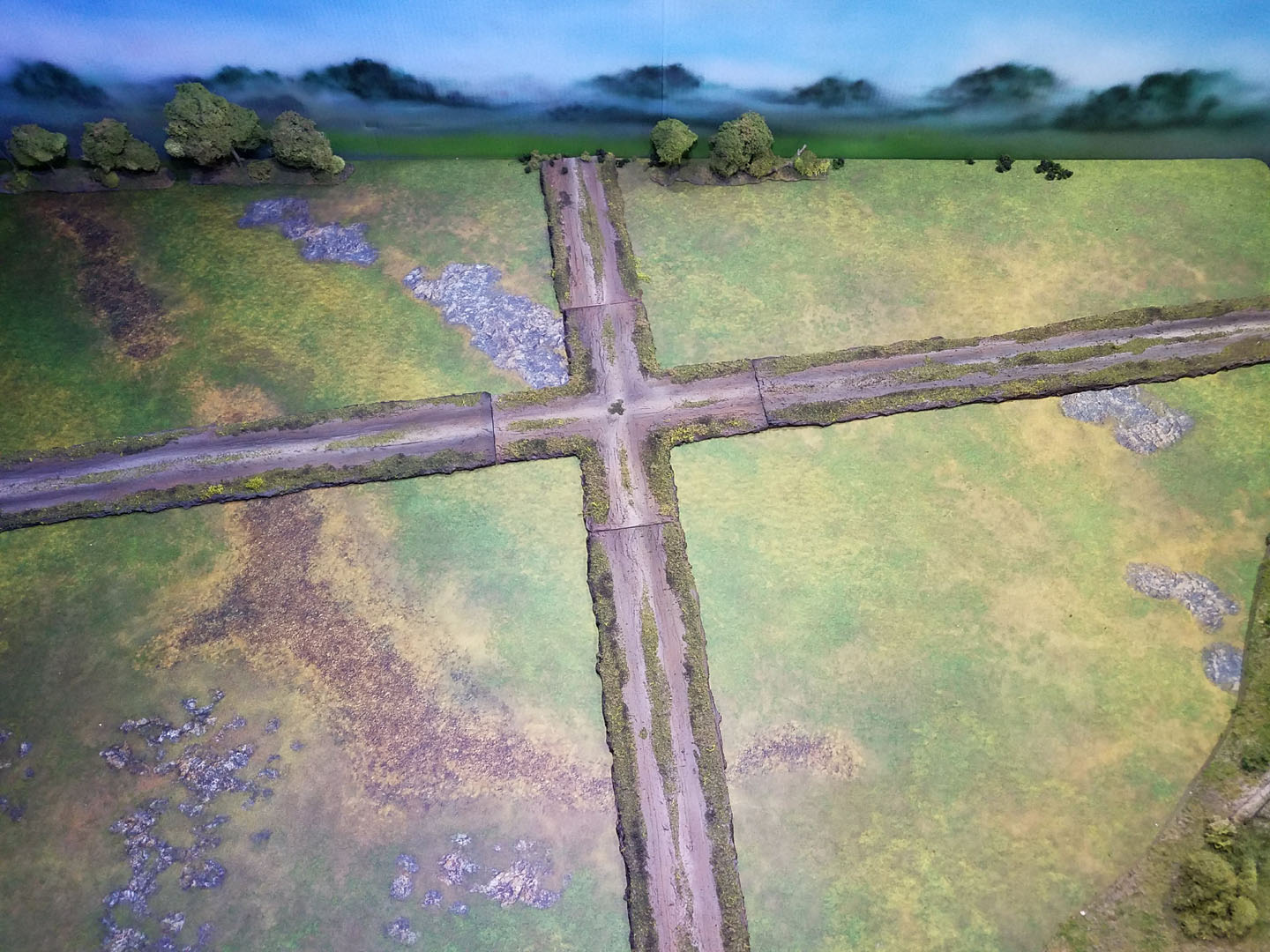 Here are the road sections, which were profiled in a few different step by step tutorials.  Here's a link for you: 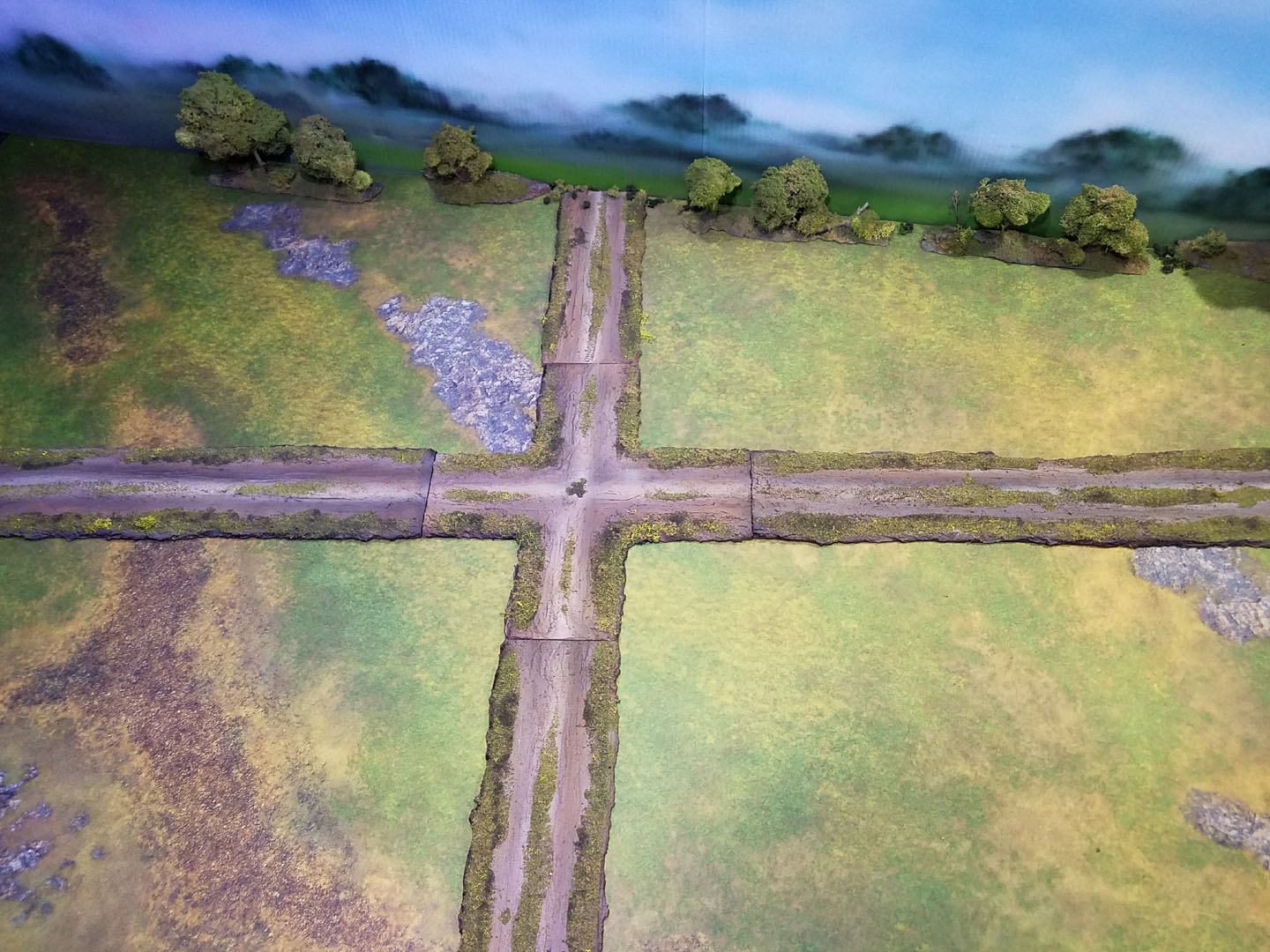 I made a number of road sections of various lengths.  My next task will be to make some curved sections and a few more that are at an angle.

Once the roads are in place, I can start to "build" the rest of the terrain around it.  Unlike the large hills that I used for the first two battle reports, I wanted this one to represent the flatter areas of northern France.  The idea is to represent the temporary German line that was assaulted by the British troops at Arras. 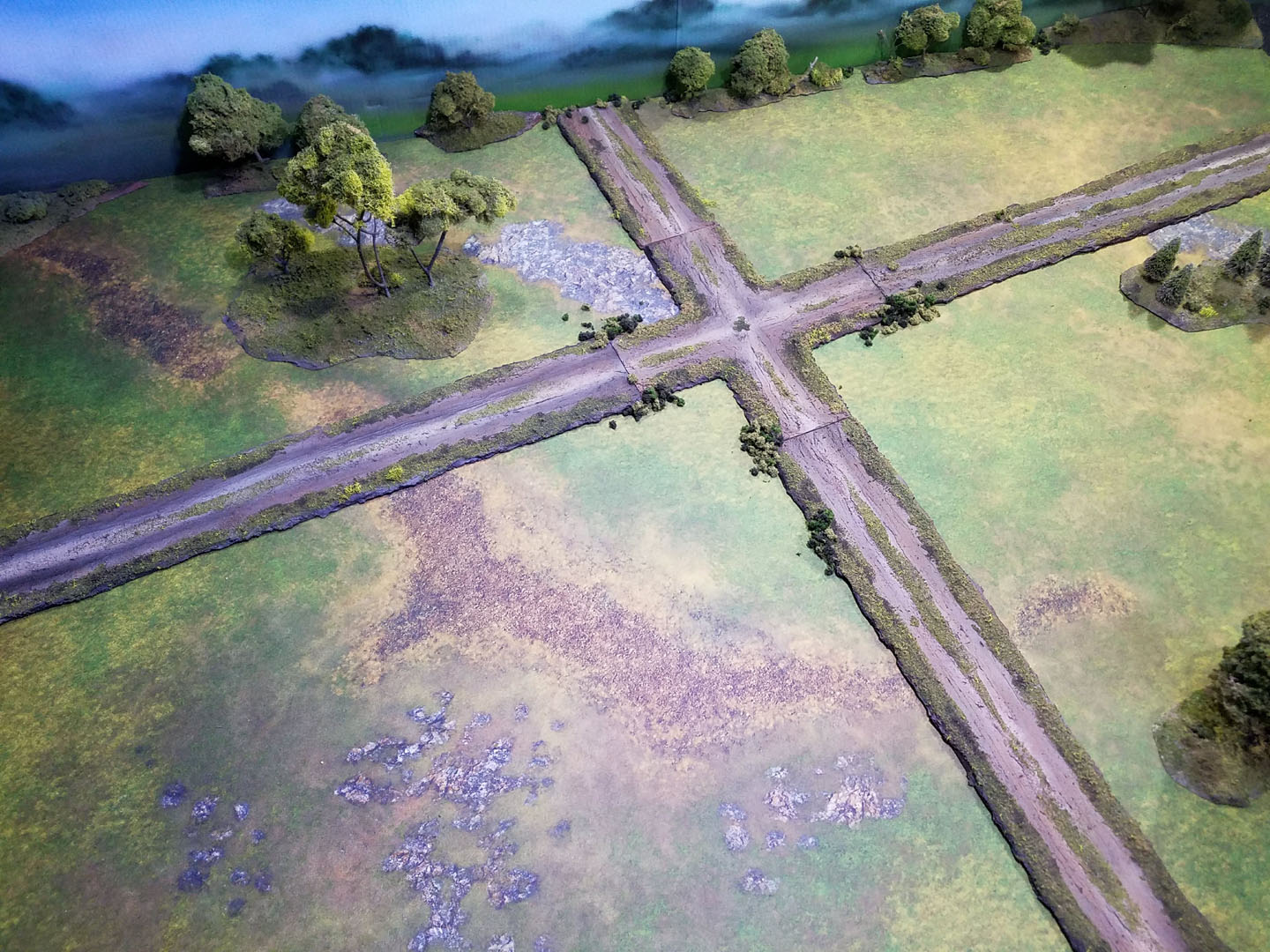 All of my new forest sections were utilized for this report... here's a link to the lest step by step: 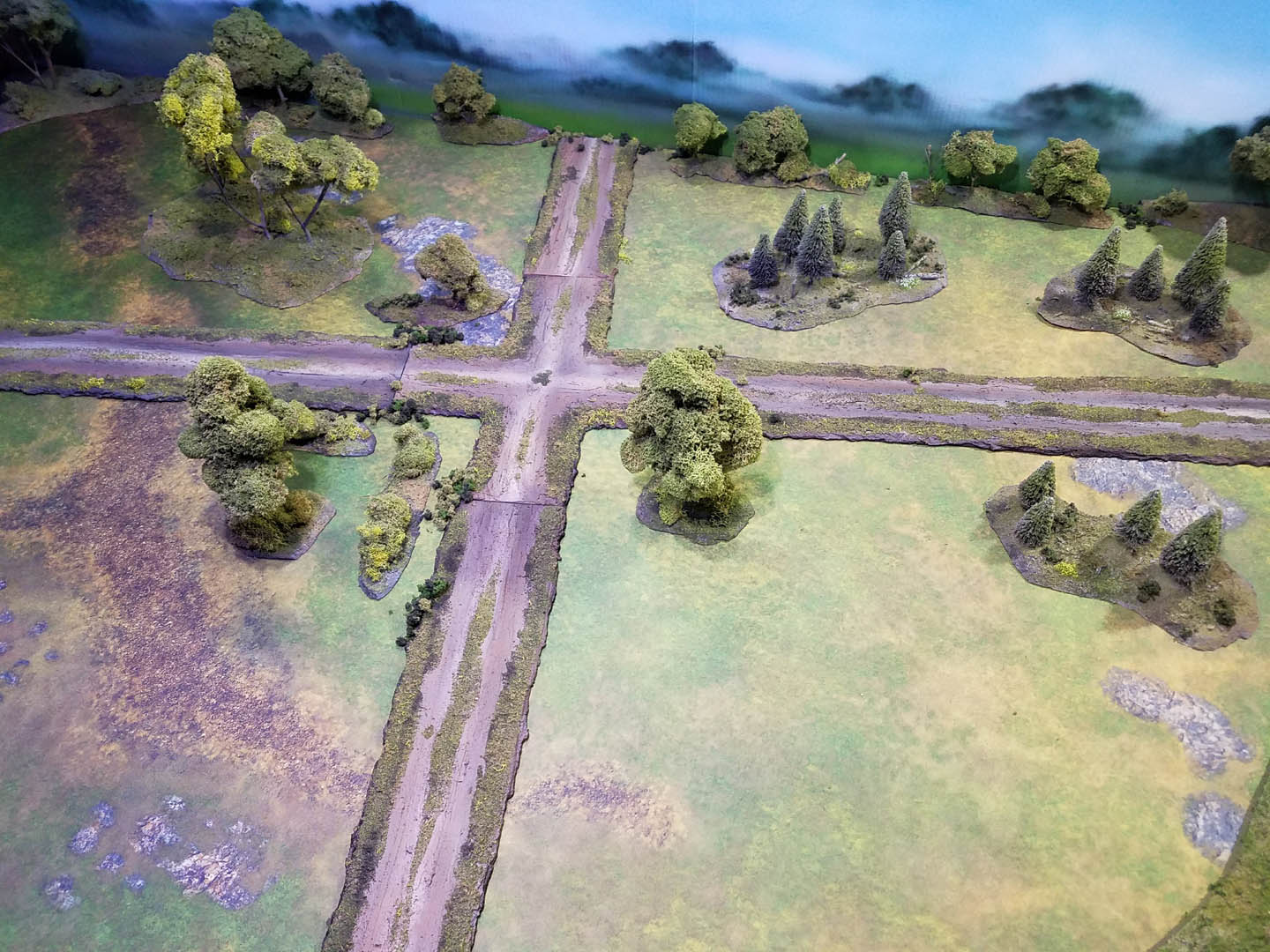 I wanted there to be a few areas where line of sight would be almost continuous, so that it would be more hazardous for approaching tanks, as it should have been from a historical standpoint.  However, I have to make sure that all the tanks are not taken out by the 88mm gun in the first few turns! 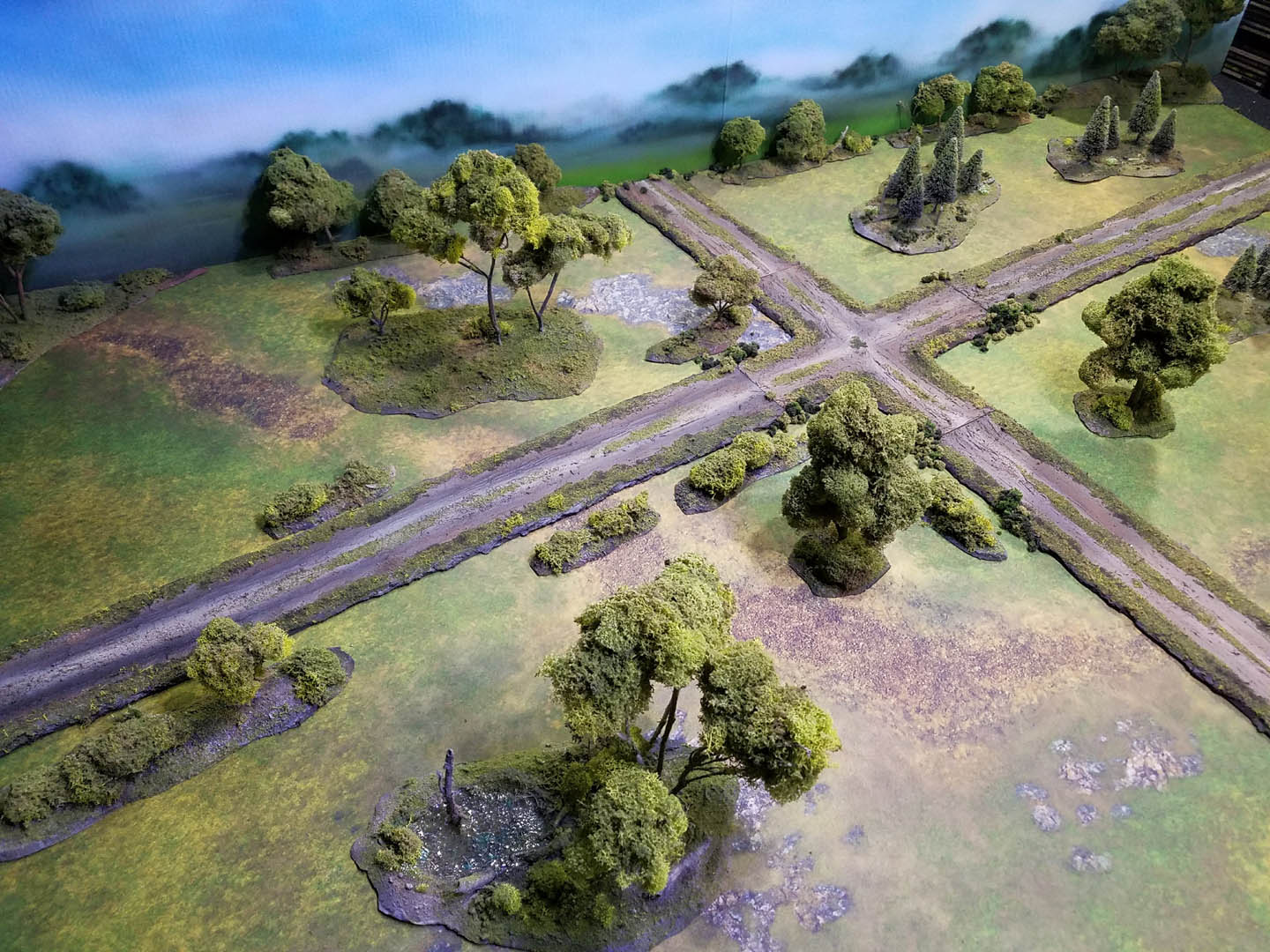 The goal was to remain within the usual parameters of a two platoon selector, and not use the Tank Wars supplement.  There will be other battles where I will go ahead with that rules set, but this one was more about Rommel's actions in regards to targeting artillery, not Panzer vs Matilda! 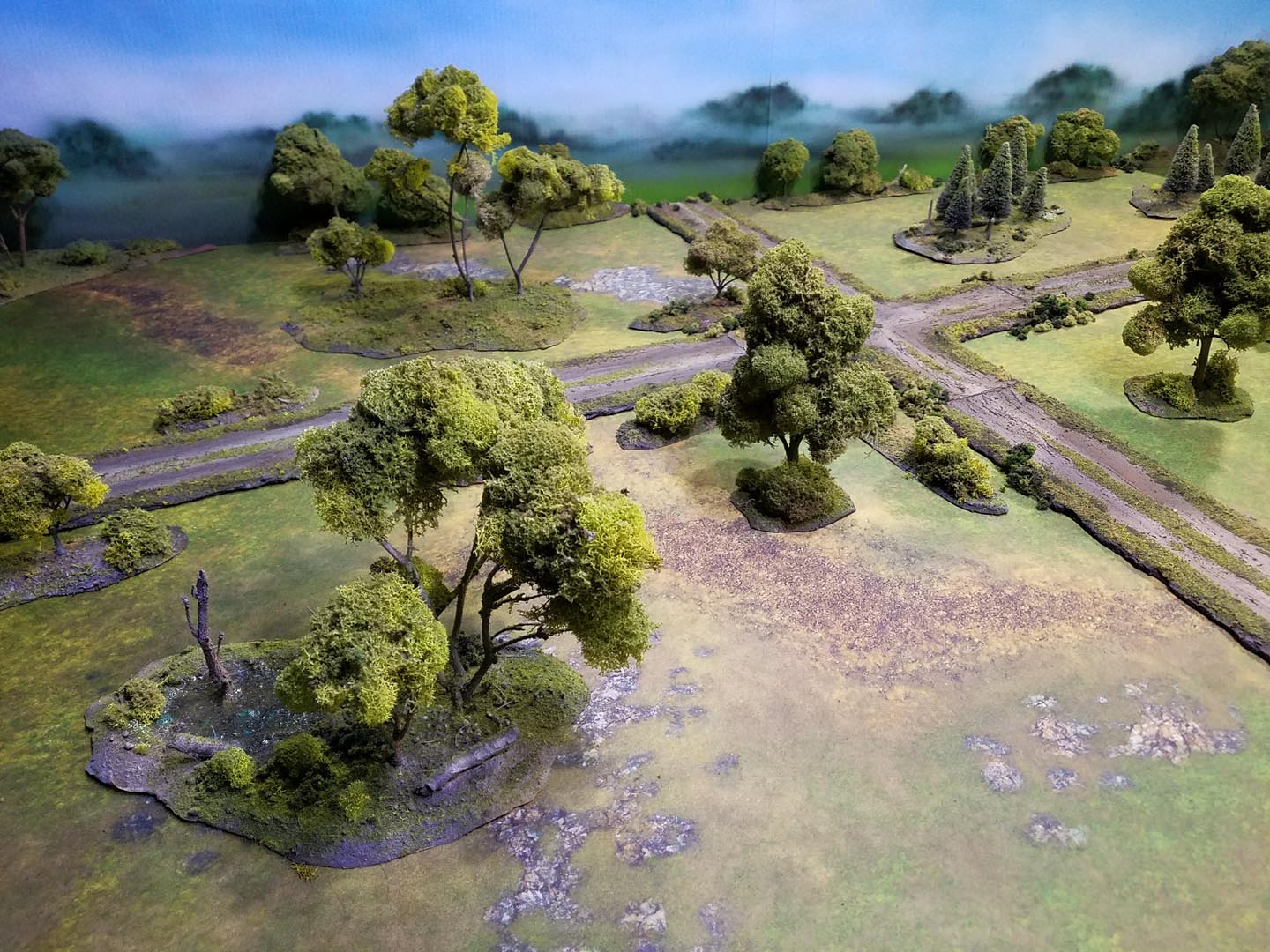 The road presents a few options for rapid movement... if that is something you can associate with a Matilda.  Since the Allies get more Victory Points for getting vehicles off the board (by the Axis side) than anything else, covering these roads will be very important.

To prevent this game from becoming a pure defensive struggle, I added some modifiers to my "trigger" of when the French reinforcements would arrive.  There will be a series of telephone poles along the road, and if the German infantry can take down 3 of them, they will not only score 3 Victory Points, they will potentially delay the French entry onto the board! 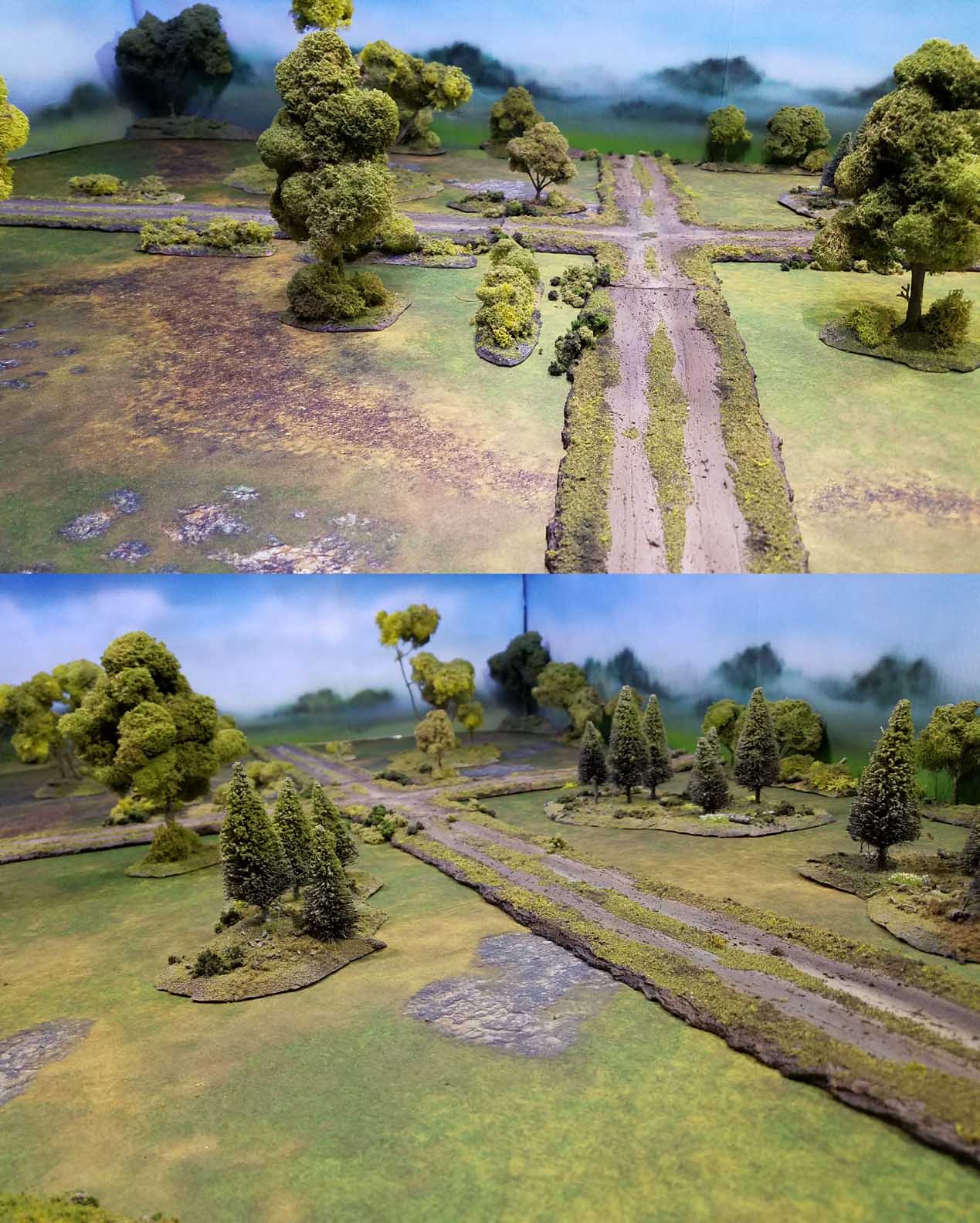 The whole point of this "what if" scenario is to see what might have happened if the French commander had not died in a car crash, and his troops had gotten the orders to advance on Arras with the British. 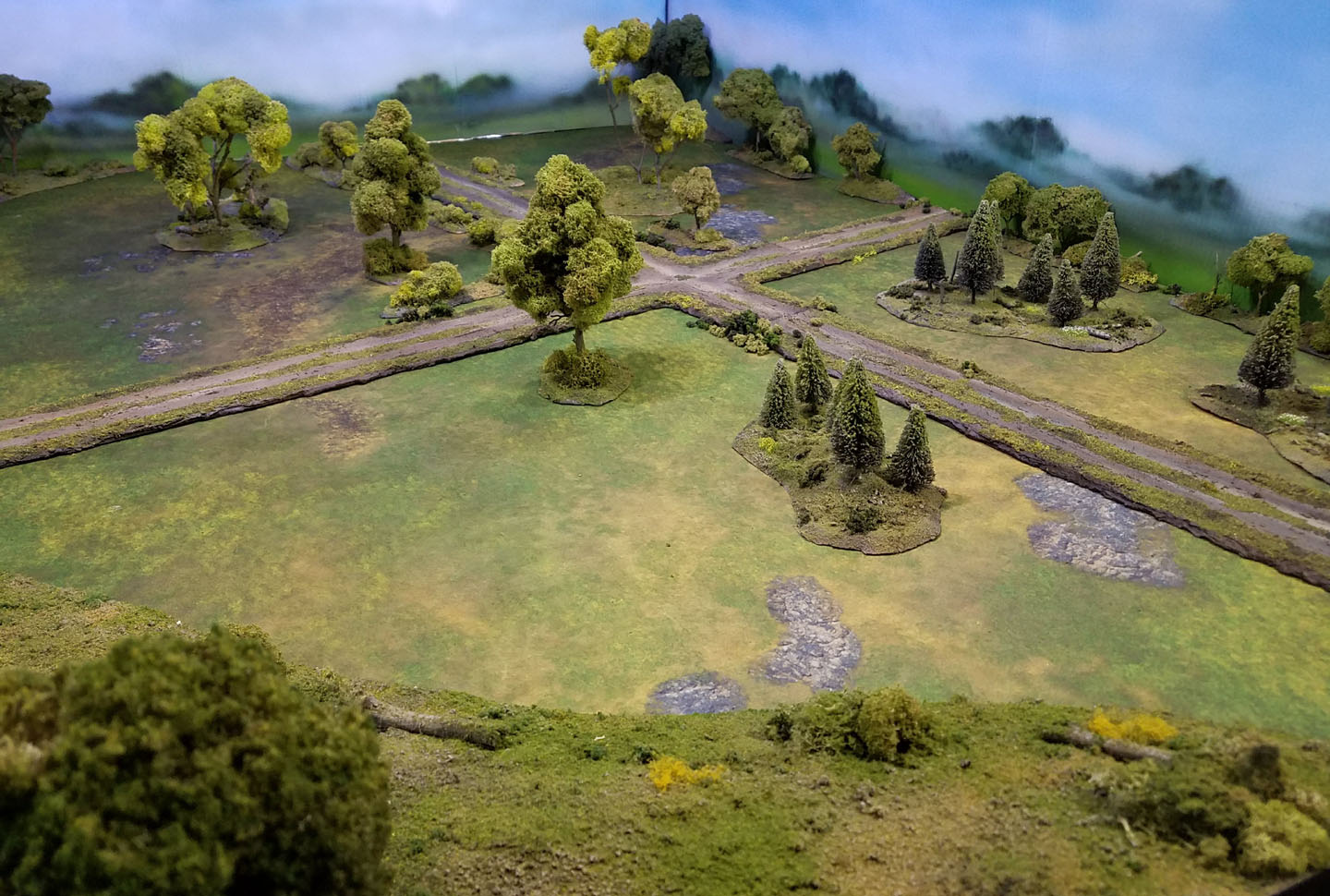 Here are a few peeks at the British forces, which will make their debut on the battle report videos! 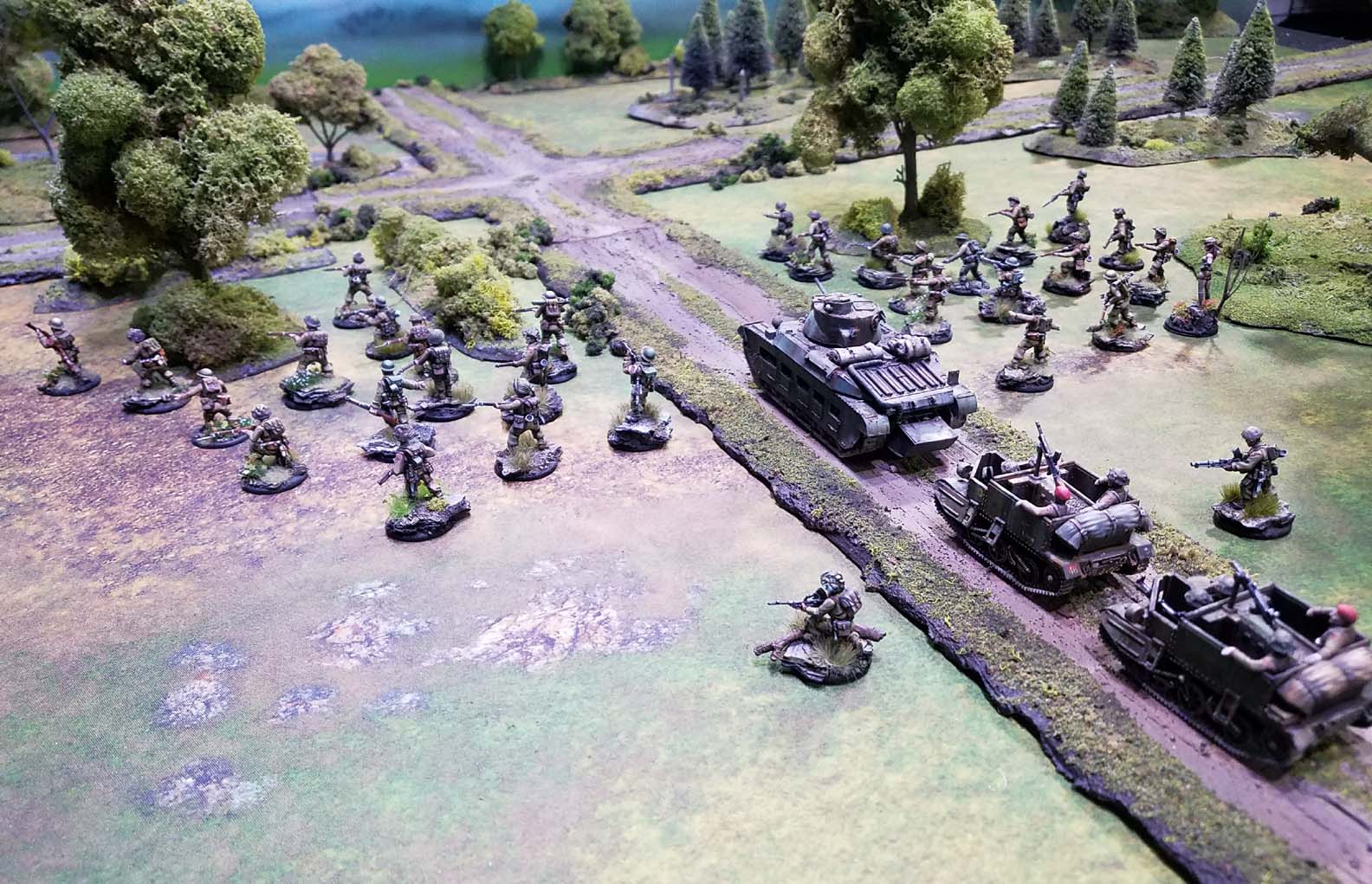 There will be a few Matildas, supported by a limited amount of infantry.  They will have 1250 points to work with. 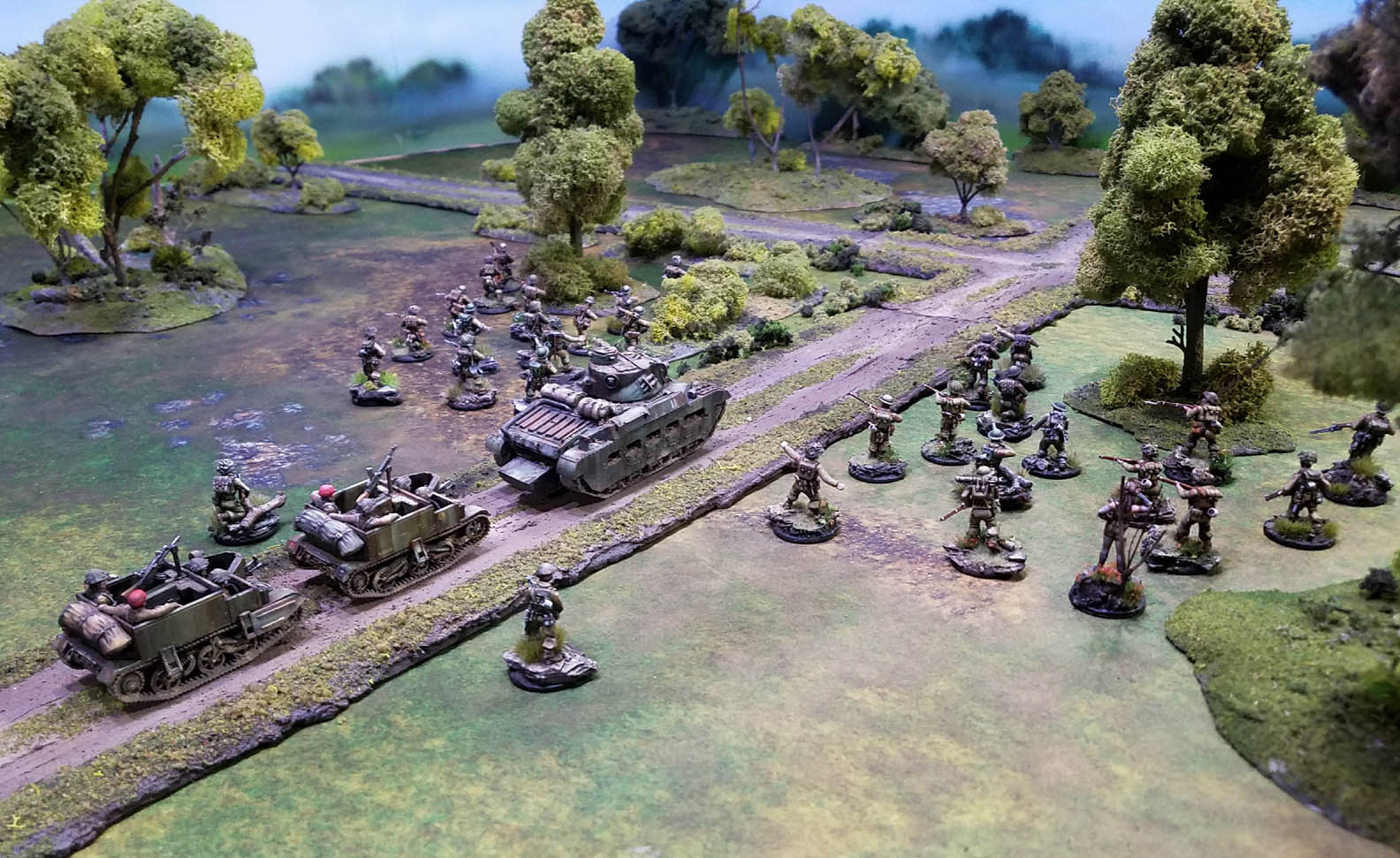 On the German side, they will have Rommel himself, and he has some special abilities for this game.  He will add a +1 to shoot to any artillery piece which is within 3 inches (this only works for one at a time, so no placing two guns right next to each other!).

He will also negate the possibility that the 88mm flak gun will accidentally target the airstrike which will be coming into the game in the final stages. 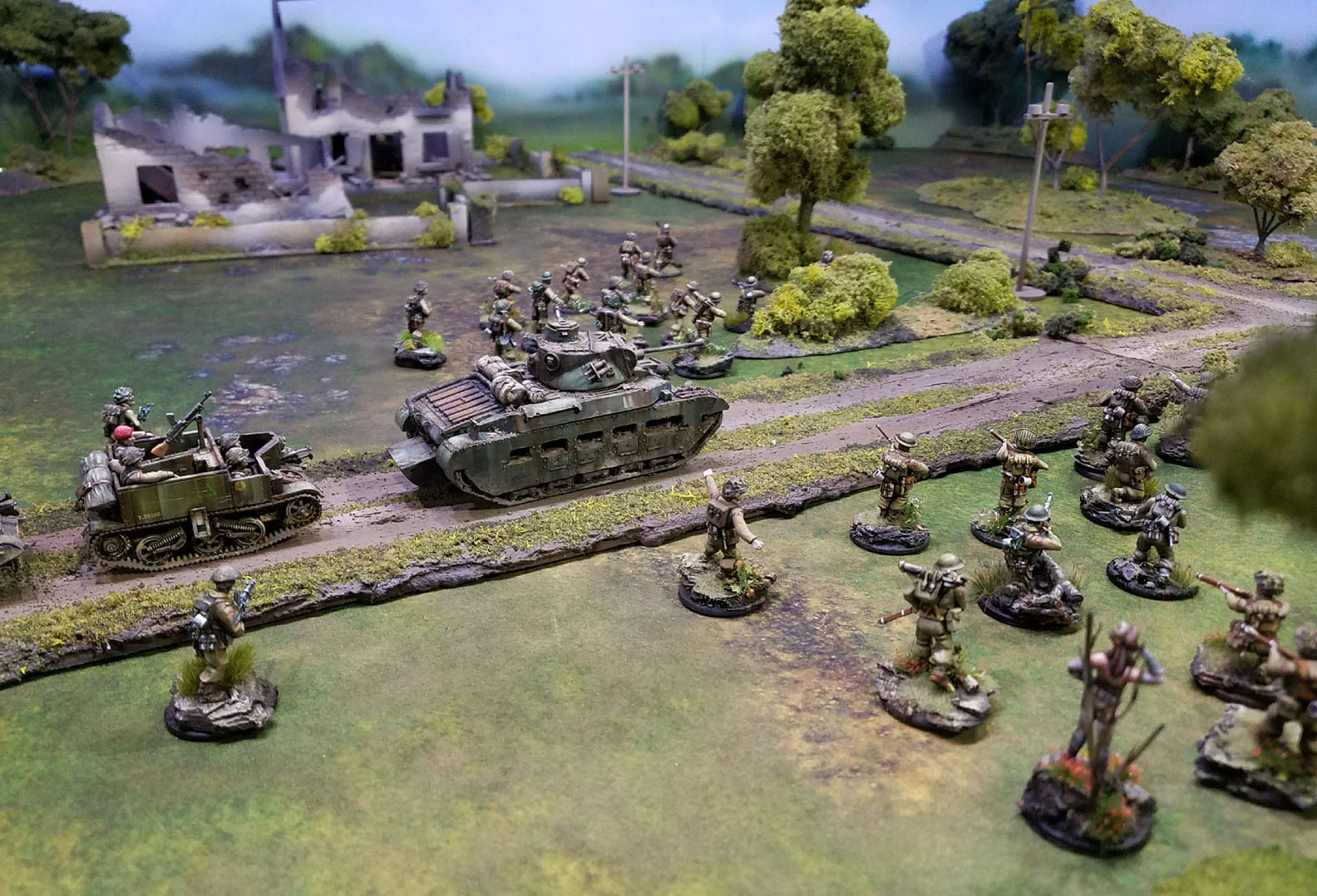 Here's a link to the last video battle report, which was also a "what if" scenario called Sickle Stroke: 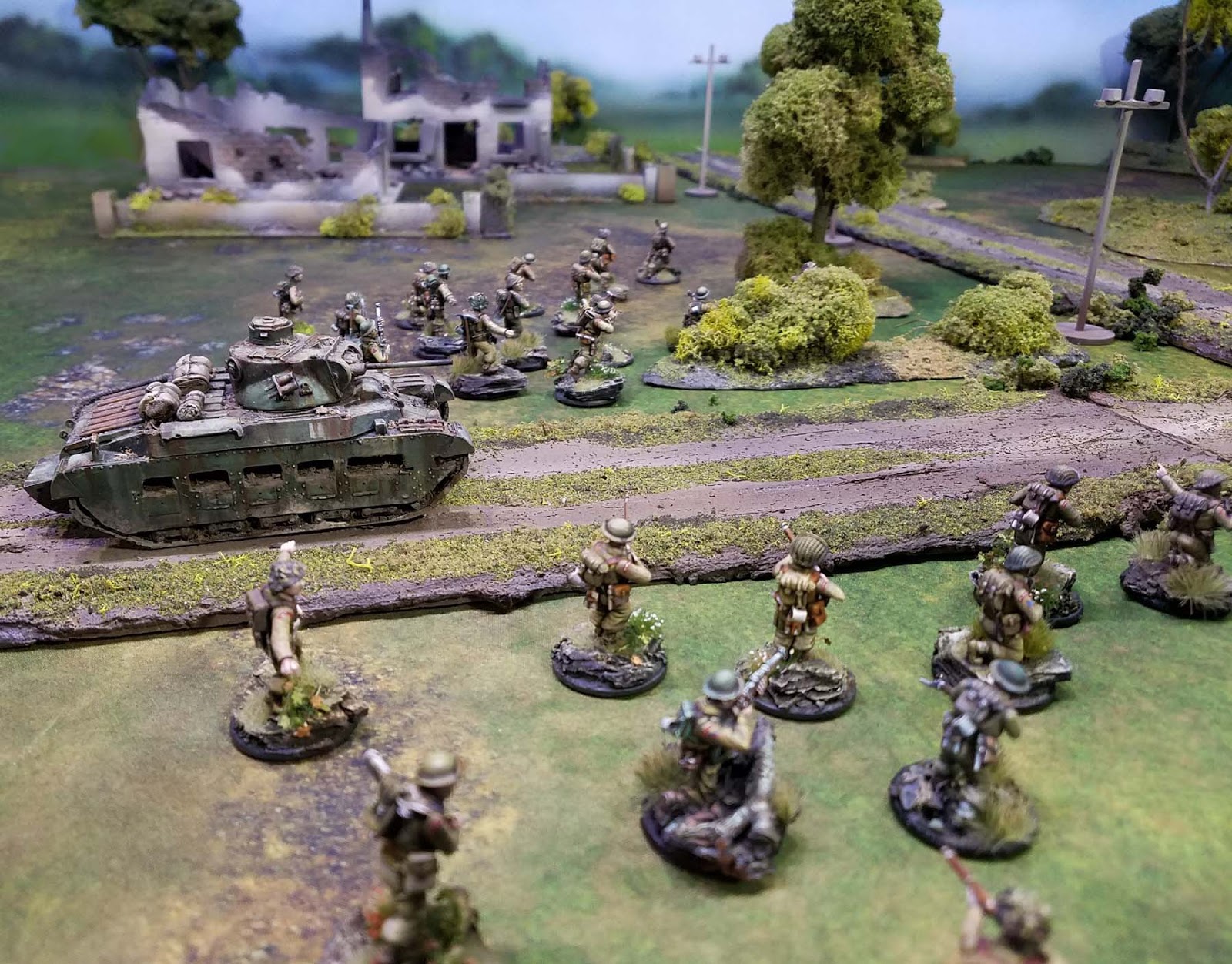