The Siege Train is in Town! 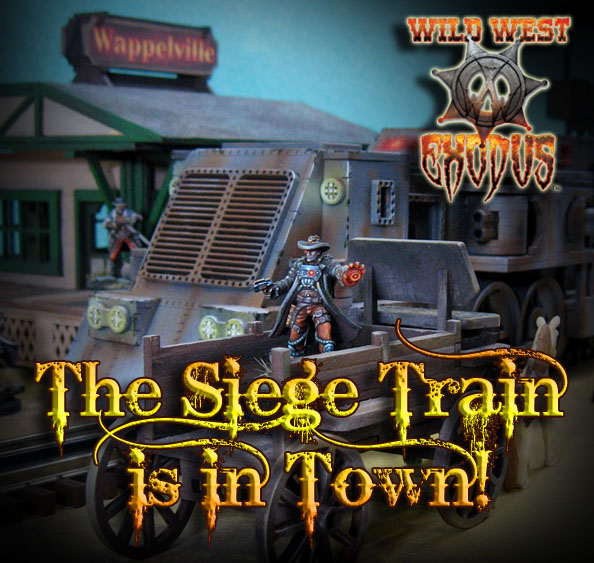 The train and all of the buildings in these images were made by Burn in Designs.  Seeing all of them together like this is a first for me, and I thought you just had to see it too!!

Look what's rolled into Wappelville!  A Union Siege Train.  Hopefully it's bringing in some new heavy and light support weapons for the Lawmen, who have been hard pressed of late by Carpathian and Jesse! 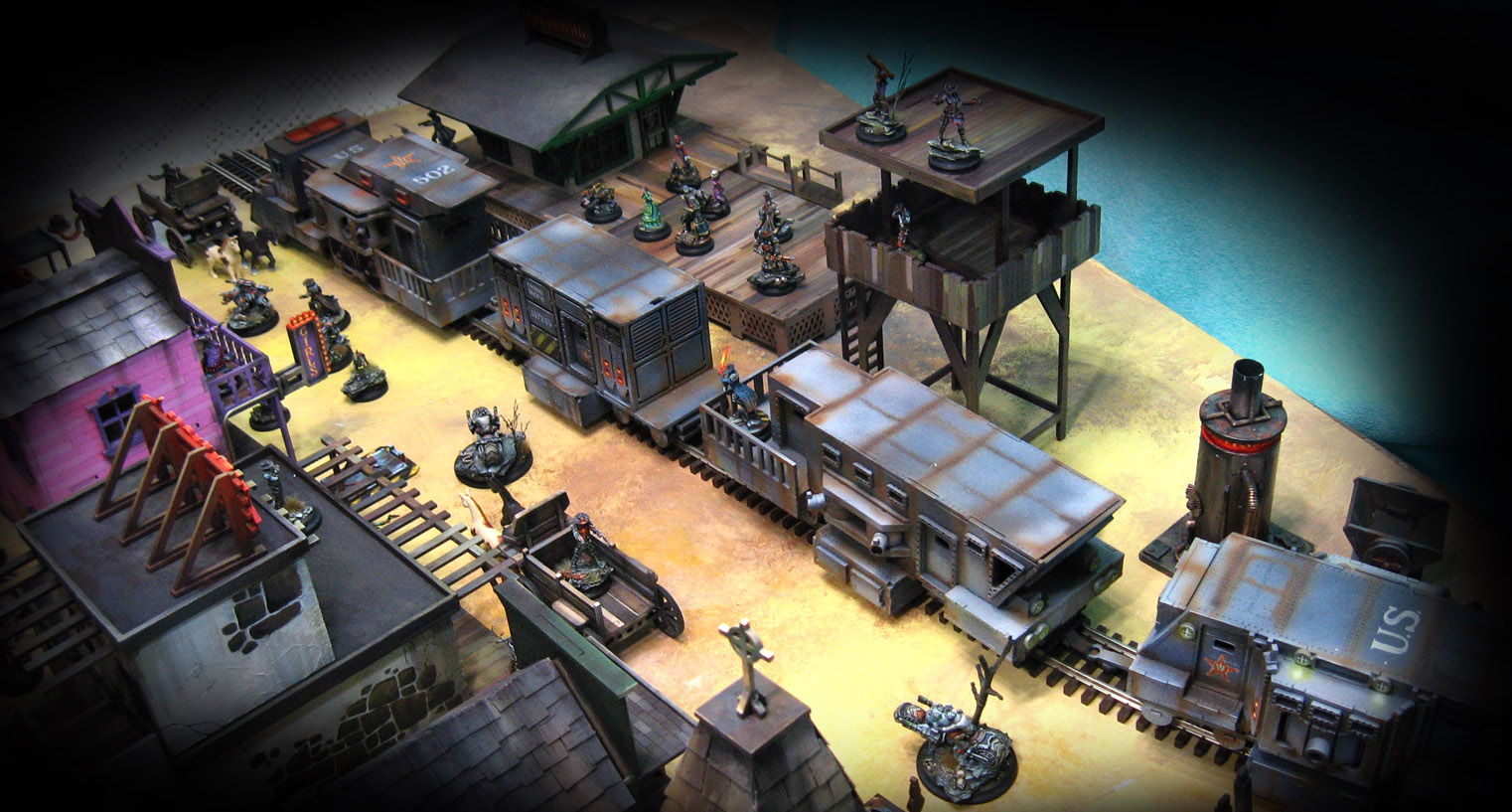 Everyone in town came out to see the impressive sight... a massive Iron Beast, bristling with weapons.

The Lawmen were leaving nothing to chance, however sunny the day, and mood of the townsfolk. 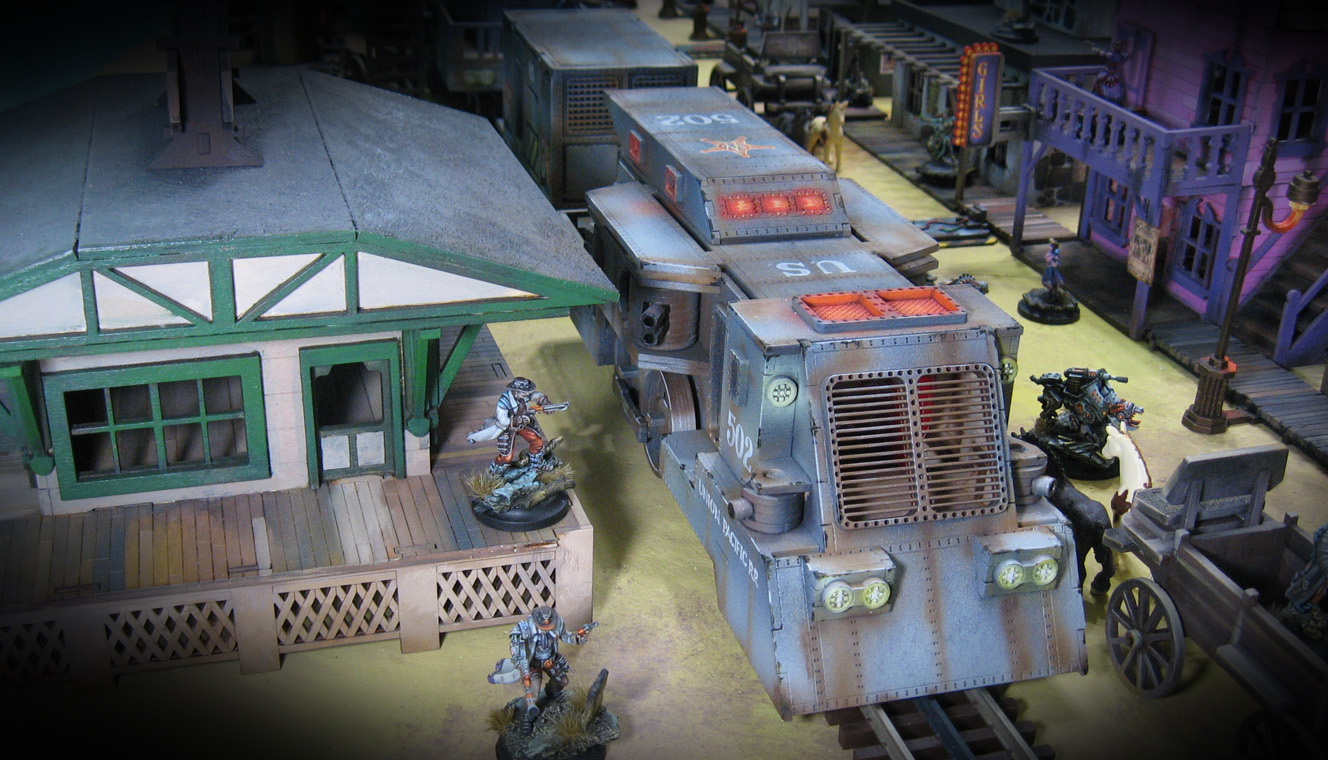 They knew all too well how badly that the enemies of order wanted to get their dirty hands on such firepower! 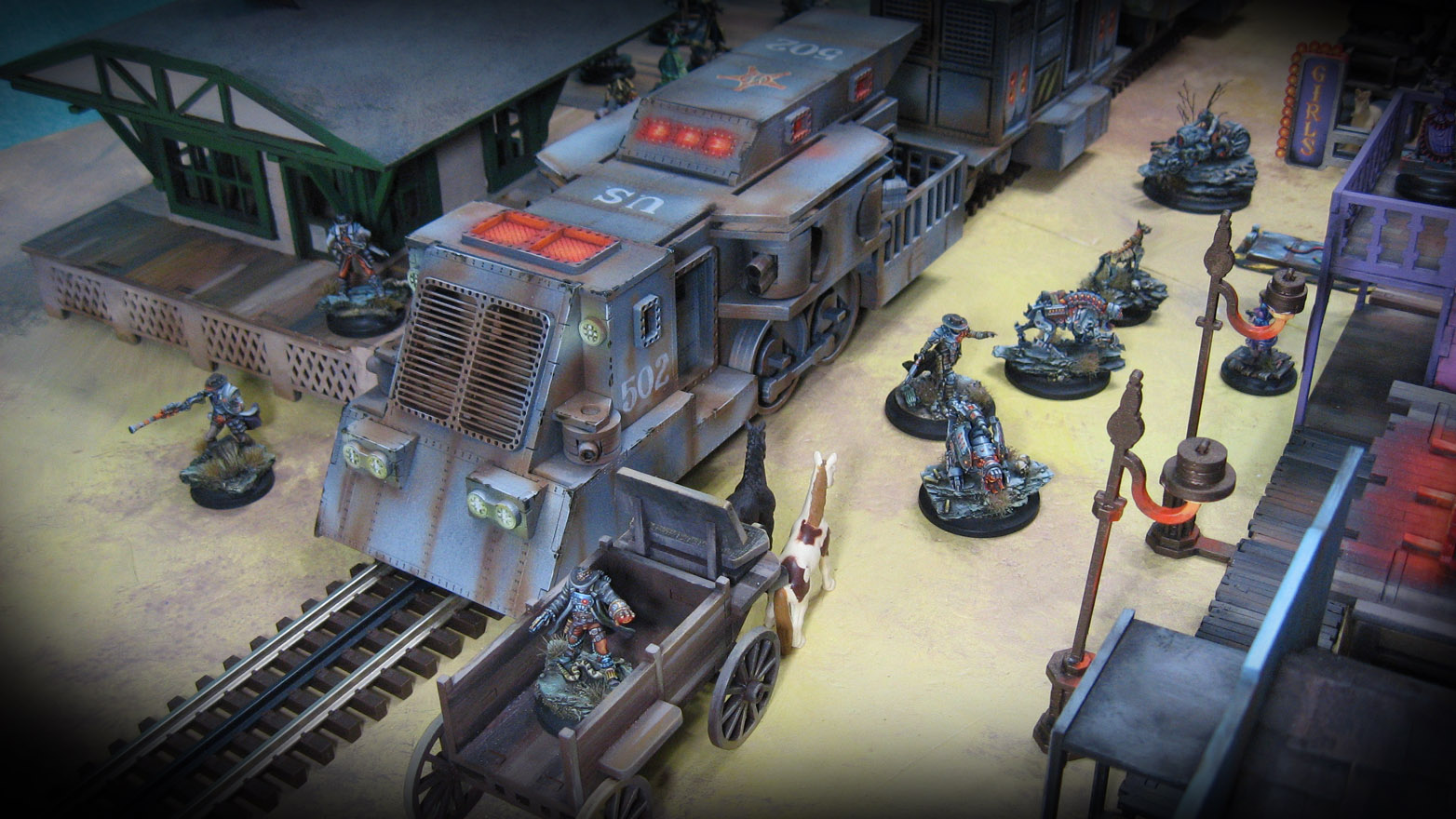 Legendary Wyatt himself decided that he needed to monitor the situation personally, and he brought along as many of his robotic canine friends as possible. 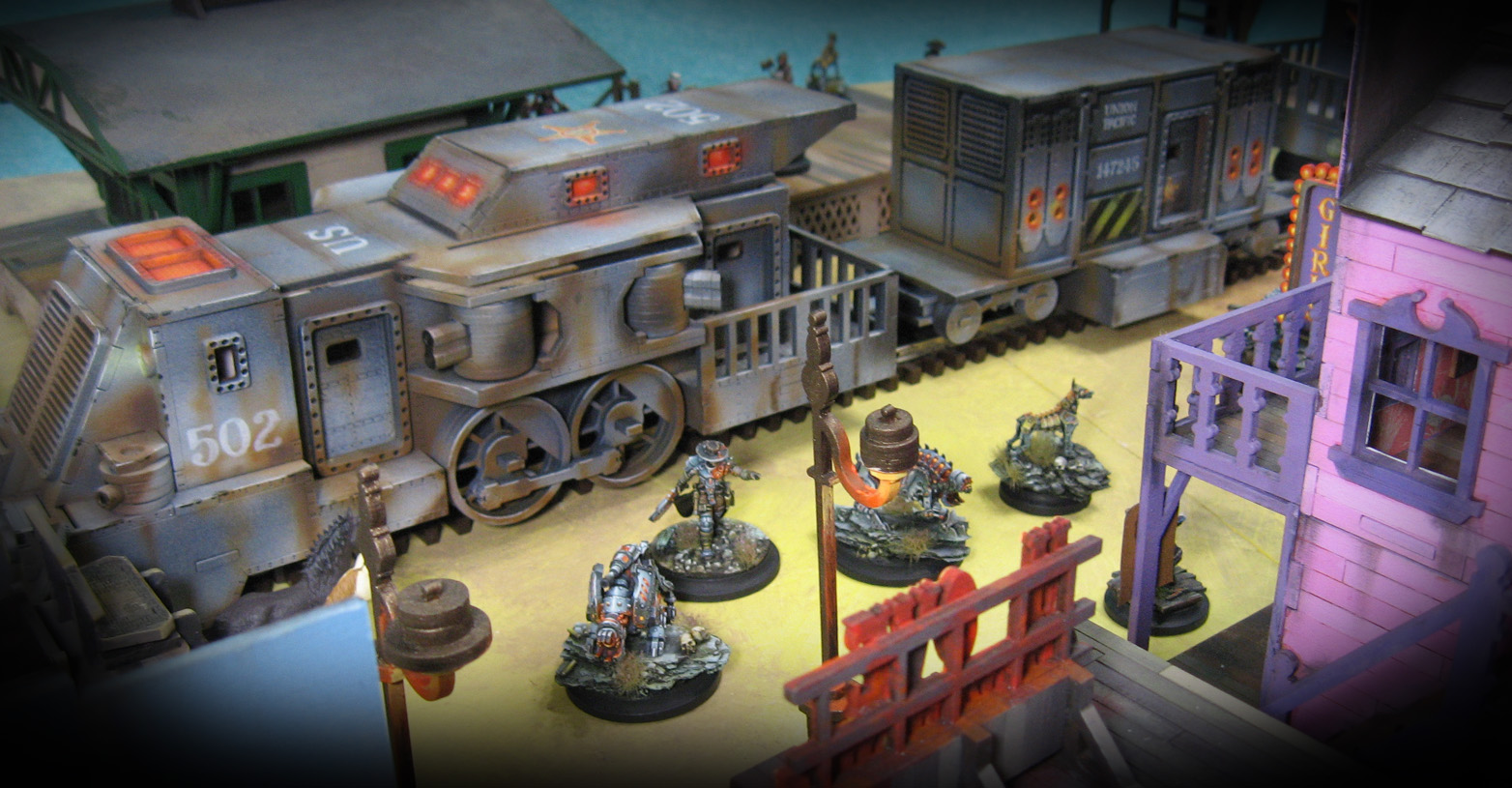 Passengers mixed with robotic guards at the station.  The Wooster Sisters seem to be trying to get a word in with Judge Stern... 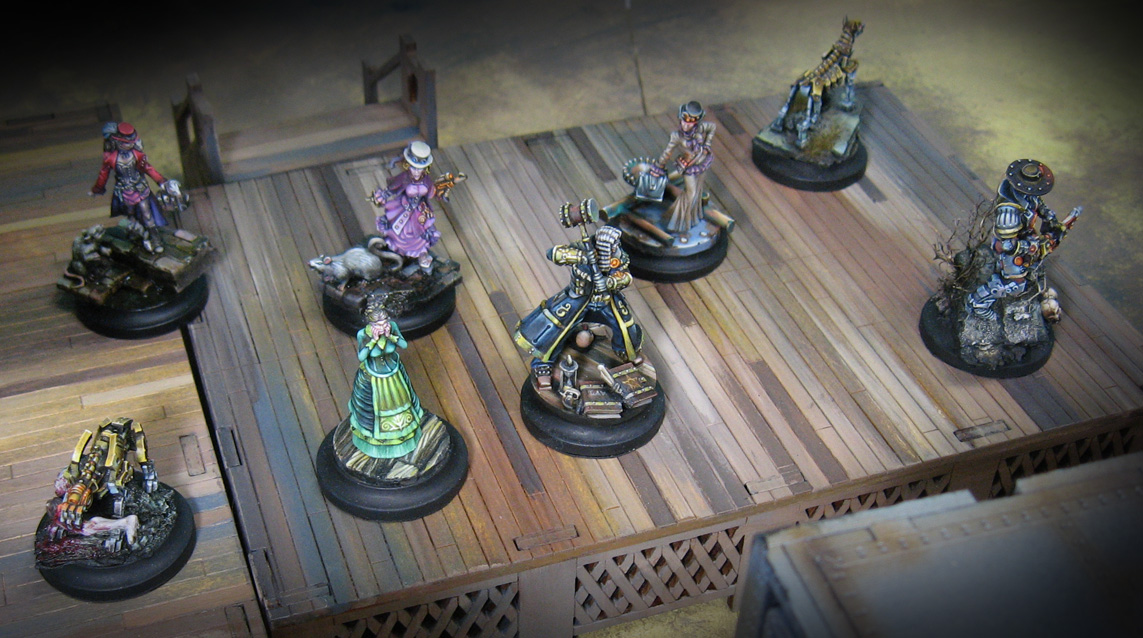 Yes indeed, this was no ordinary train.  Buildings shuddered up and down Main Street as the Great Beast slowed to a halt near the platform.  The security grew even tighter, with Lawmen Interceptors mingling in with wagons and carts. 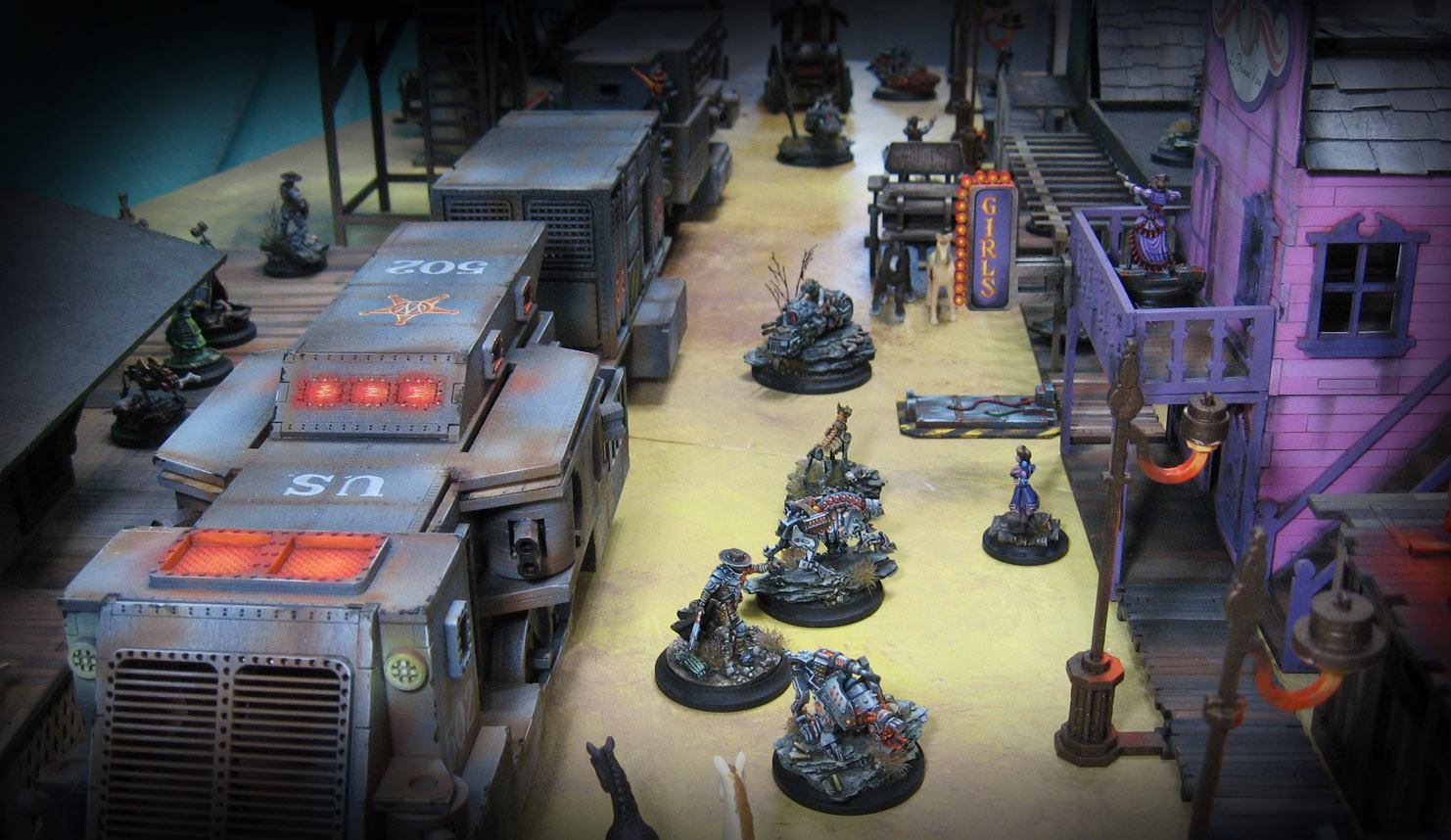 Guards seemed to be everywhere... on the roof of the Cantina, the tower... even in the wagons! 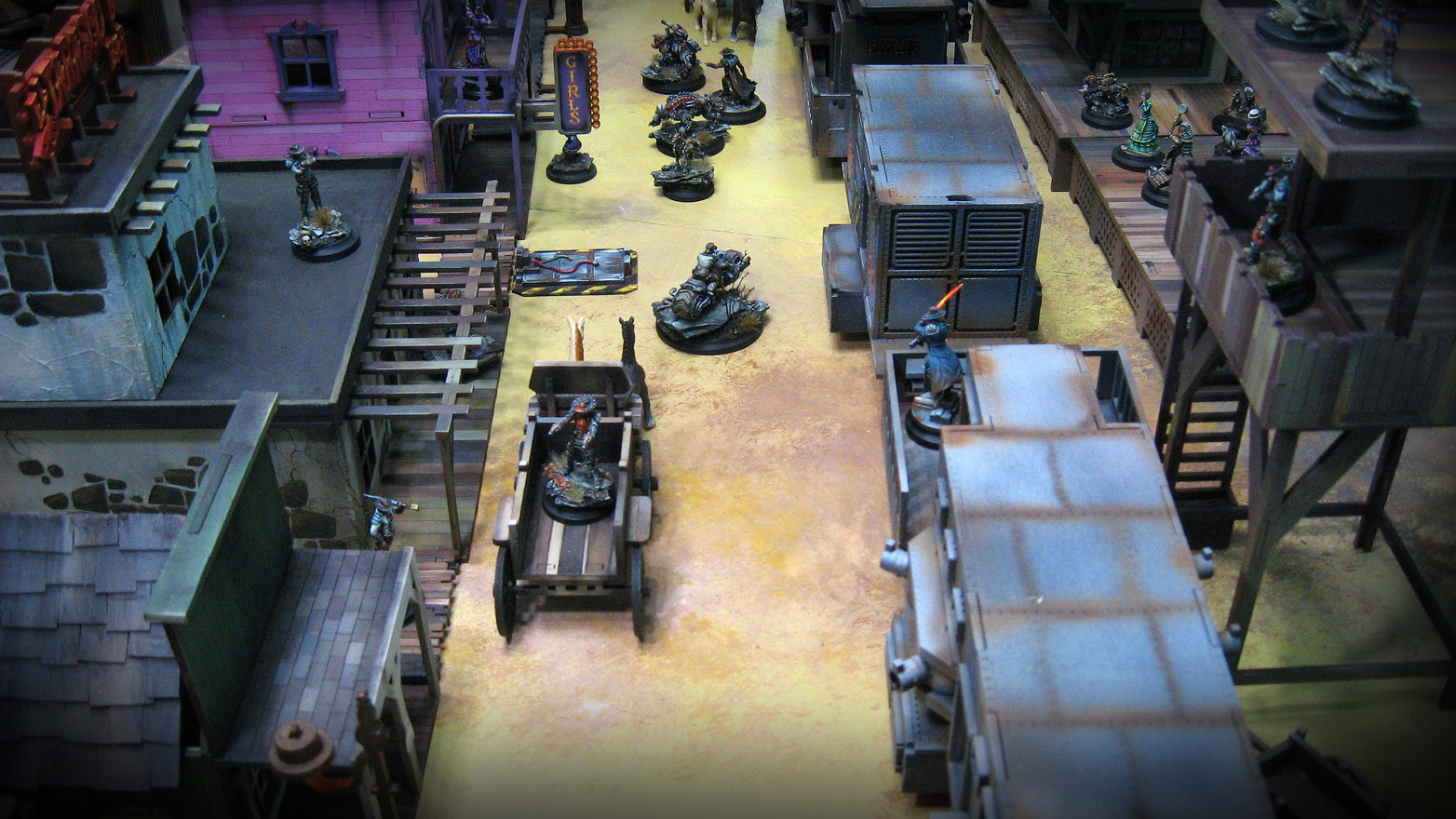 Wyatt sensed however, that a new enemy may attempt to strike.  One far stranger than the mad Dr. Carpathian and his abominations.  What could this mean? 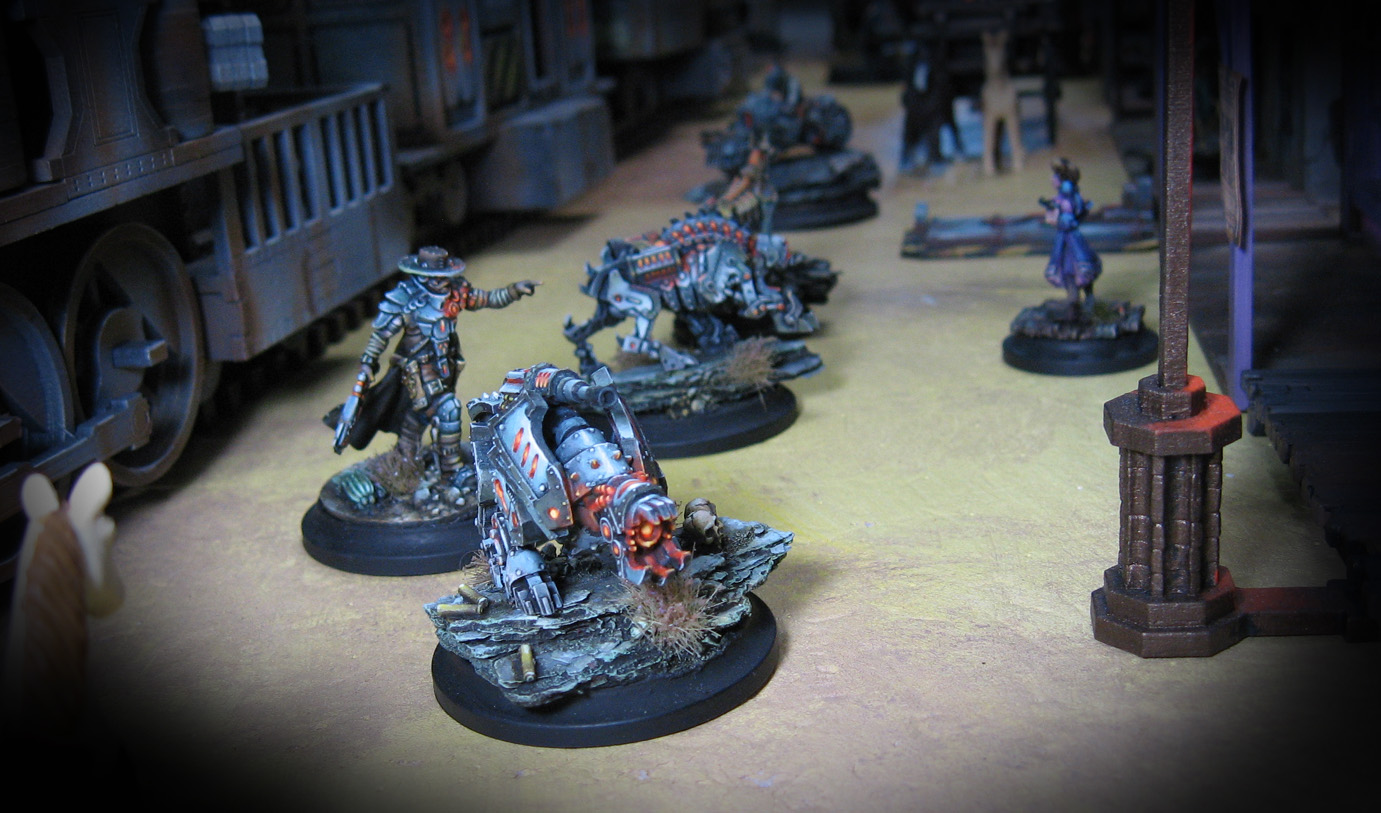 The Hero of Wappelville was also called in, in case his portal jumping abilities might be needed once more.  This time, Carl Fredrickson's ties to the Union would be needed to help keep the peace between "allies", since some high ranking Union officers came with the train.

Willa Shaw, Lucinda Loveless and even General Grant are also on hand to make sure nothing happens to this train.  Will they be successful? 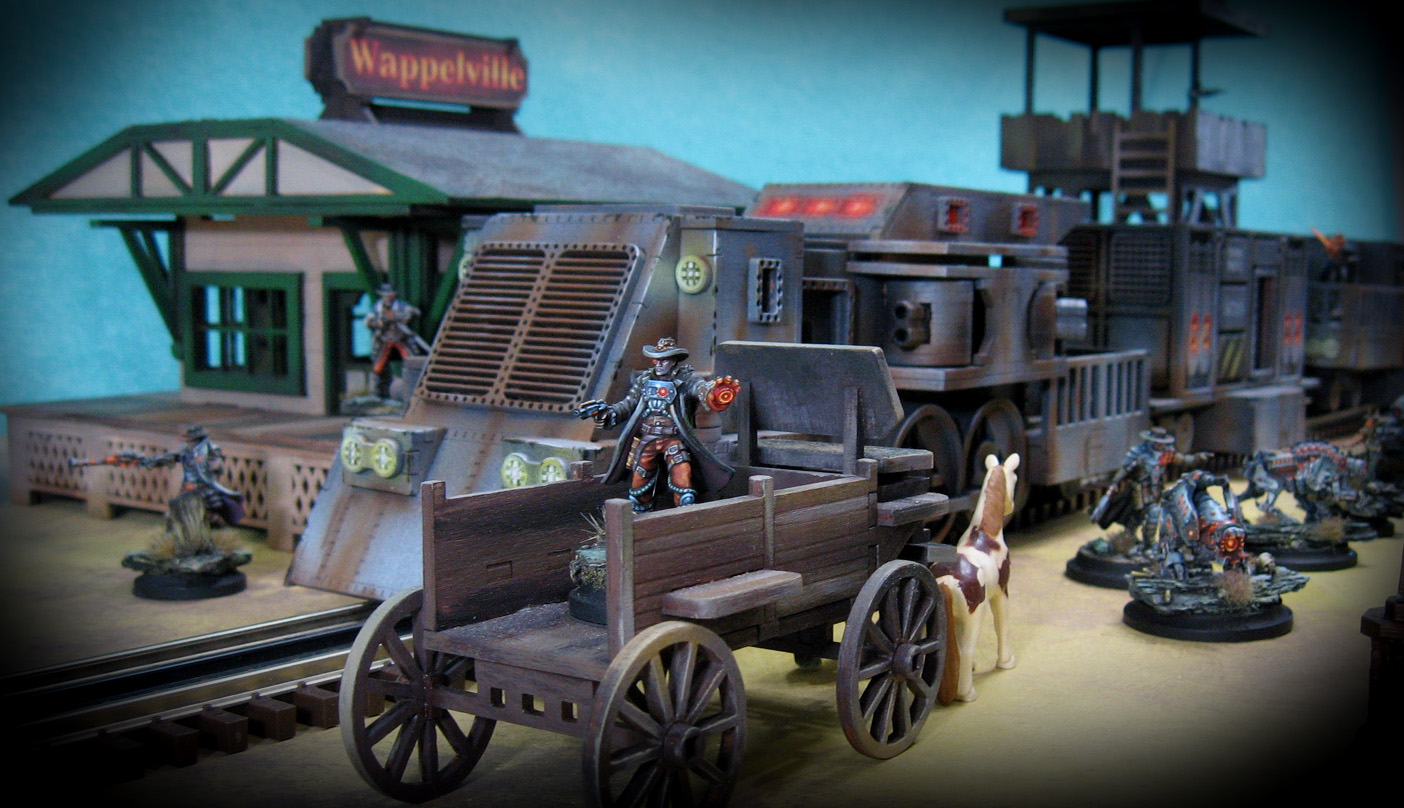 Posted by wappellious at 3:53 AM 4 comments: