What do you do with those resin sprues? 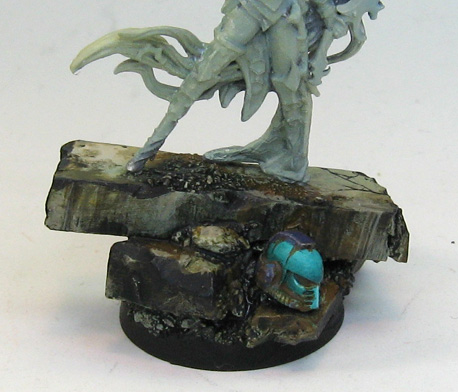 I know that a lot of people already do this, but over the last few years I have had a lot of fun (and satisfaction) using leftover resin sprues for basing!

They come in all shapes and sizes, and since almost everything I have to work on these days is resin, why not get some use out of all that?  I think these sprues are from 4-5 different manufacturers... 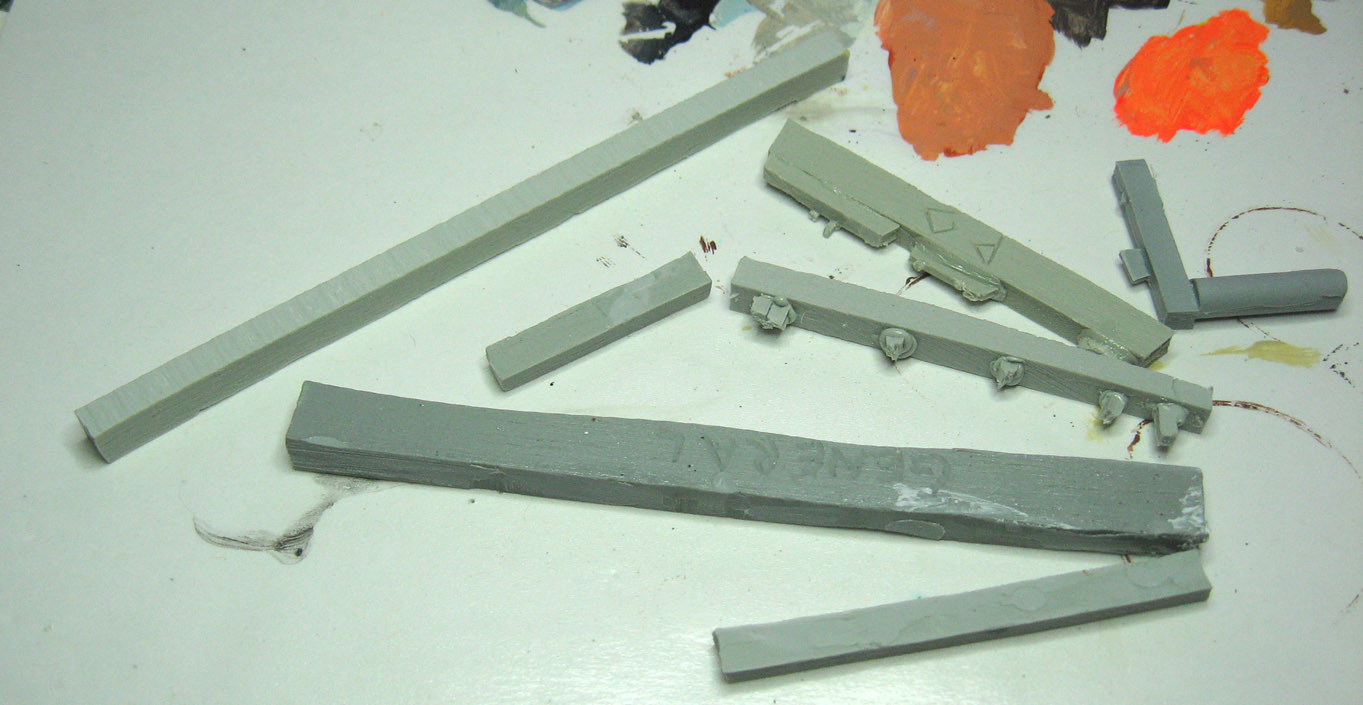 While you can do something very similar with sculpey, the resin pieces are super strong.  I used them to support some Reaver jetbikes in my Dark Eldar army, as well as on some of my 40k terrain. 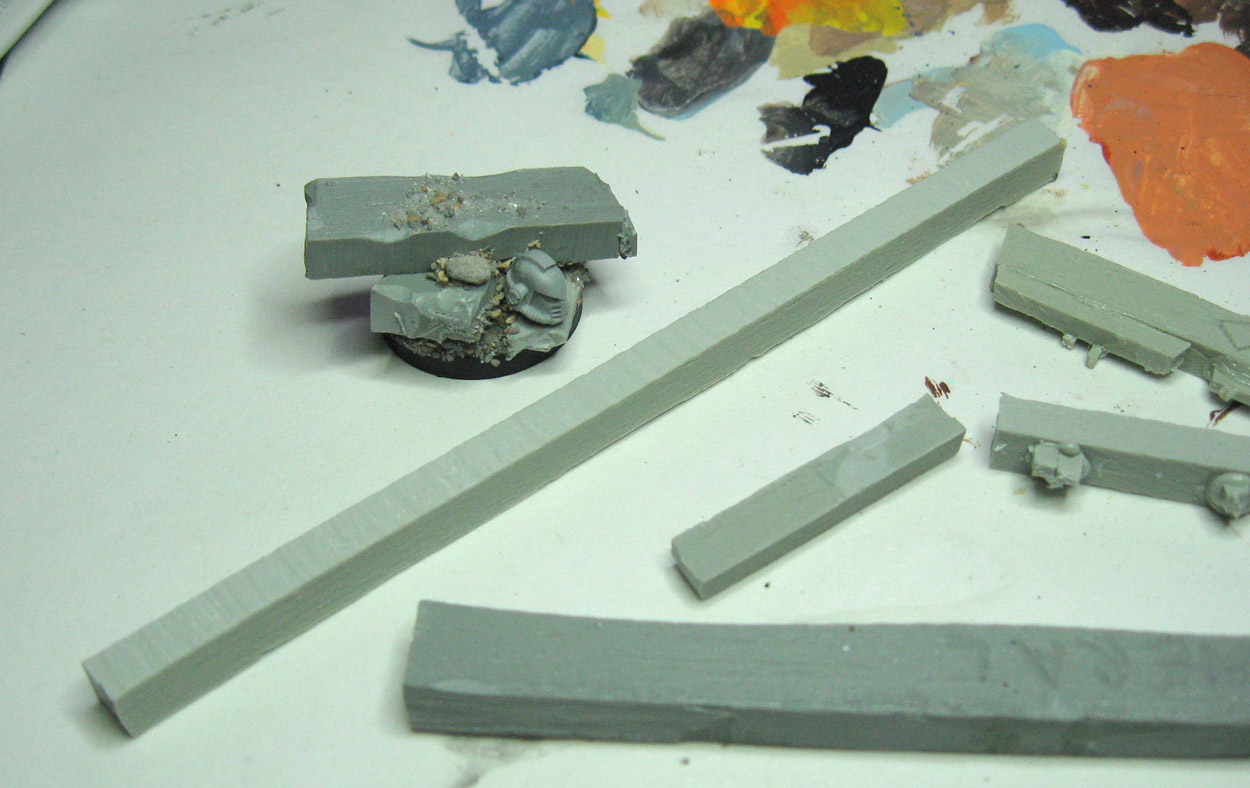 It does not take a lot of extra work to get the sprues in a condition for basing.  I included some of this in the 'Blasted Concrete' video, since I am sure a lot of you have (or had) this stuff sitting around. 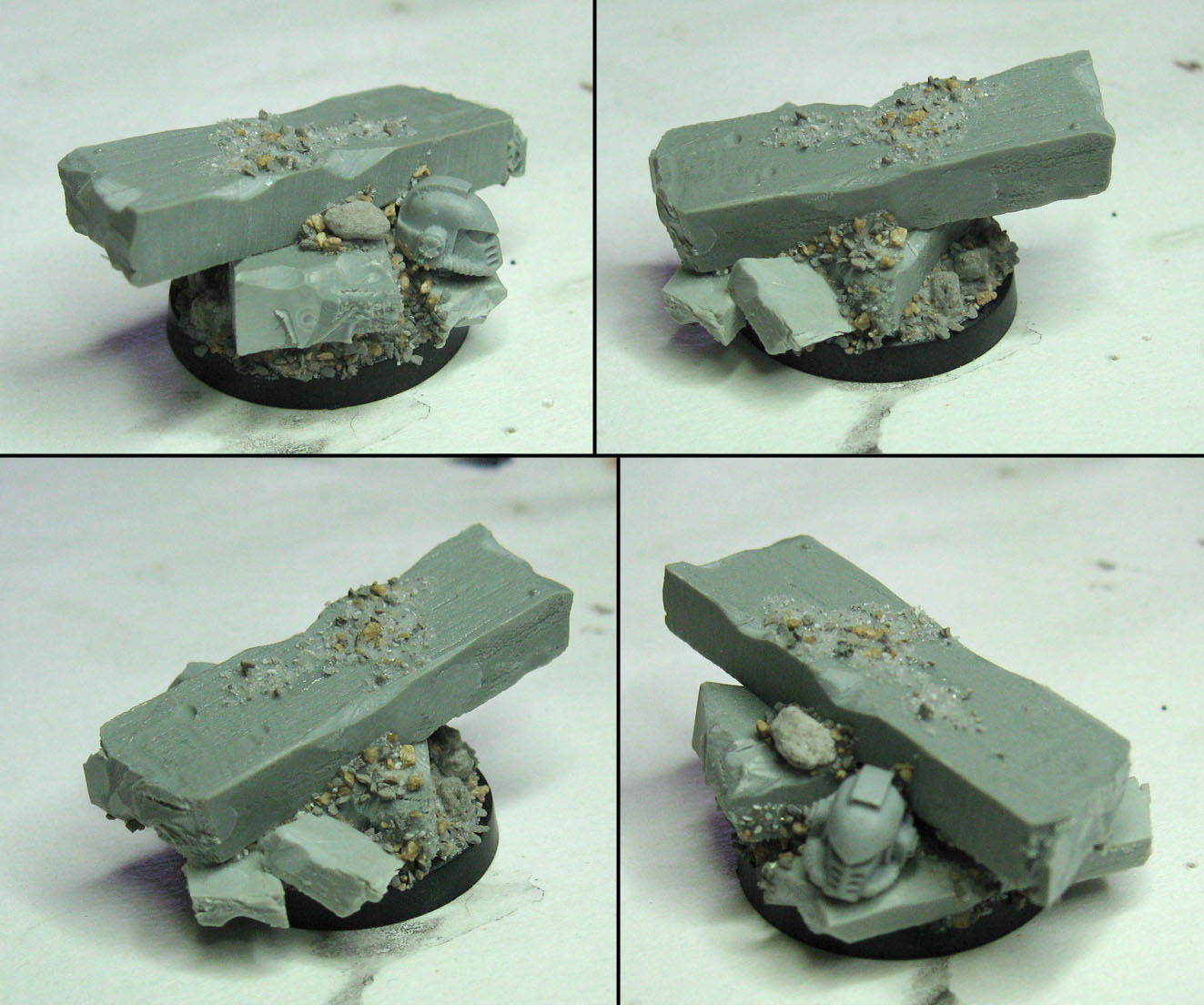 Once it's all painted up, it looks quite nifty!! 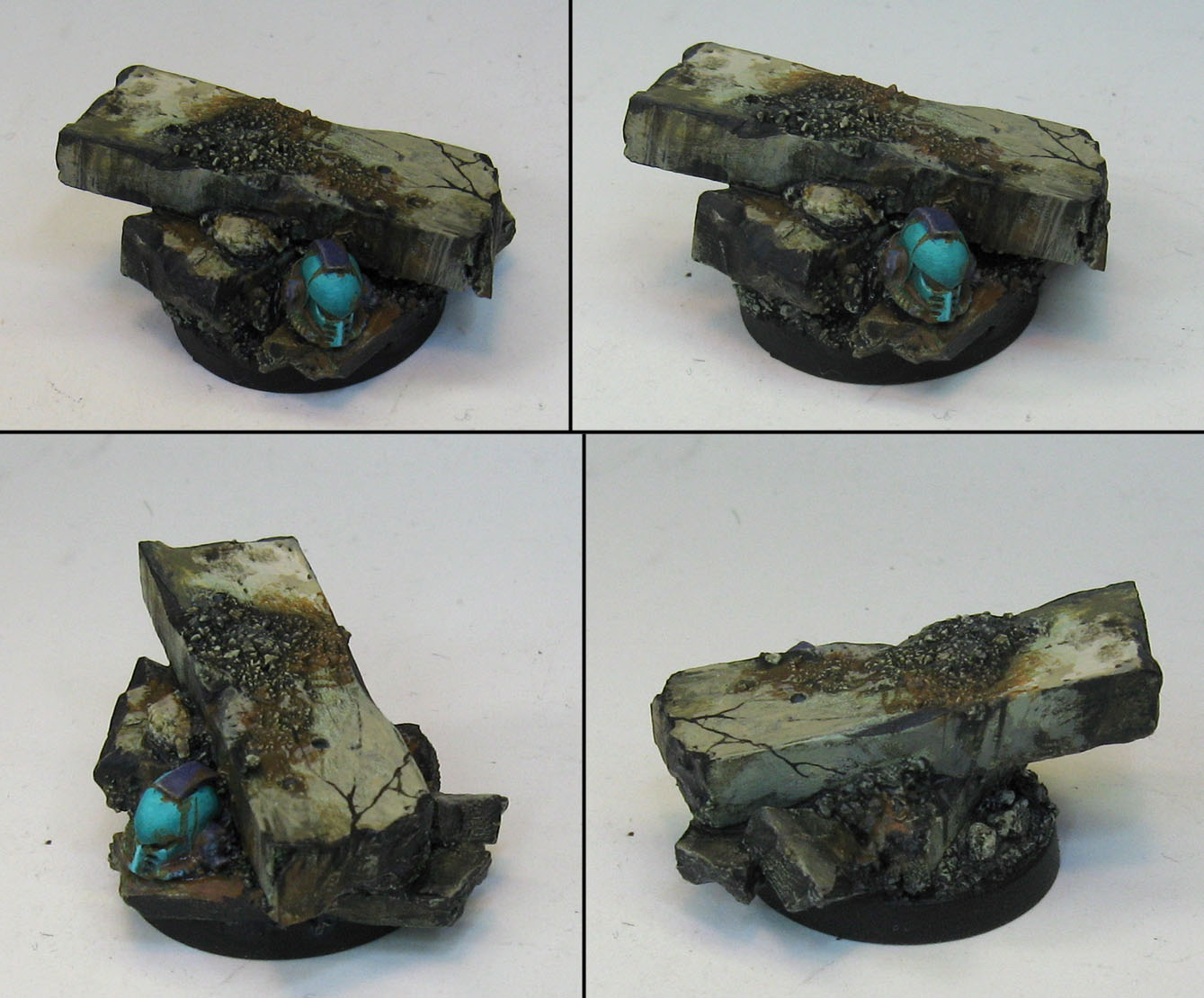 Posted by wappellious at 2:05 PM 4 comments:

Never a can of RAID when you need one... 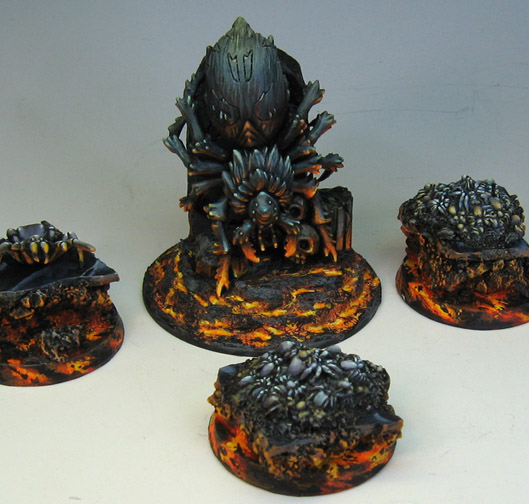 A while back I finished off the base for the Spider Queen, and the 3 brood swarms as well.  As you know, I used the Reaper Bones plastics for those swarms. 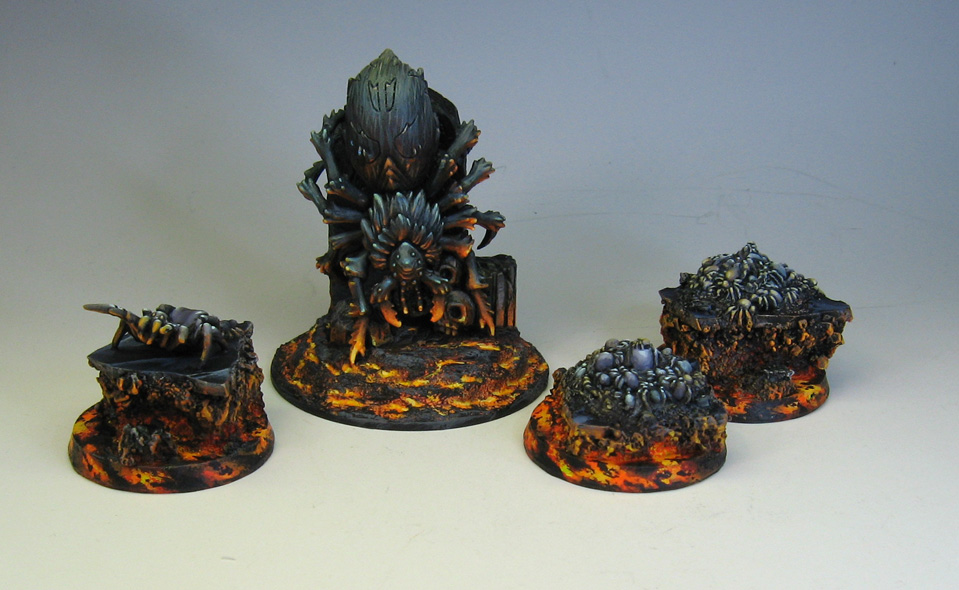 They were just the trick, fitting reasonably well on the required 40mm bases. 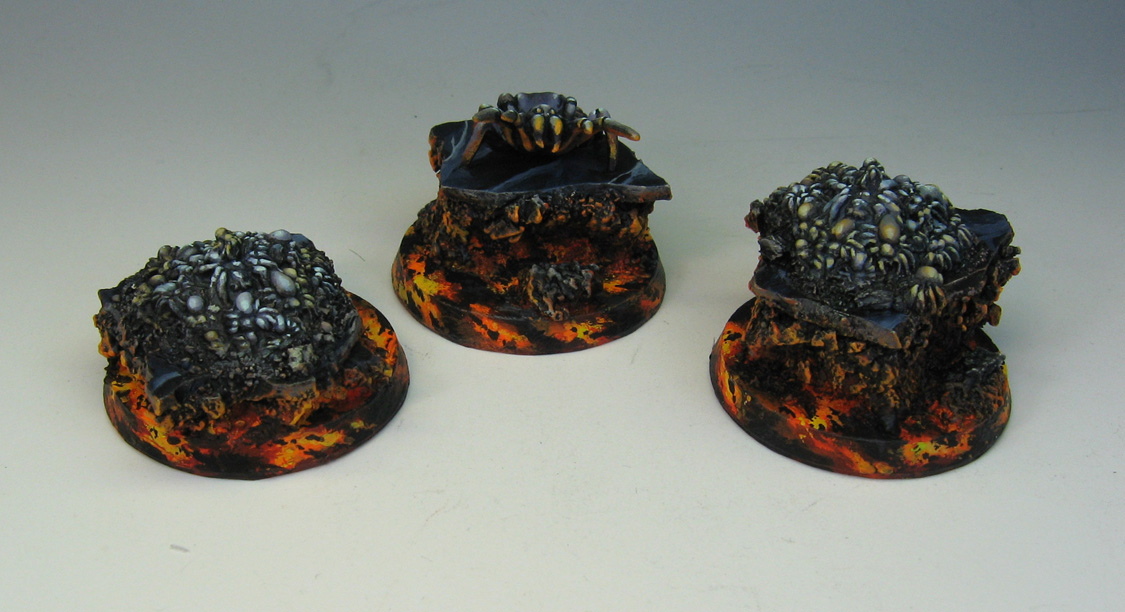 It will be very fun to pop these guys up in some much needed areas.  Perhaps to keep a standard bearer occupied of out of position, or prevent a response or counterattack once I have charged.

It could also be a handy way to get at spearmen and negate that support. 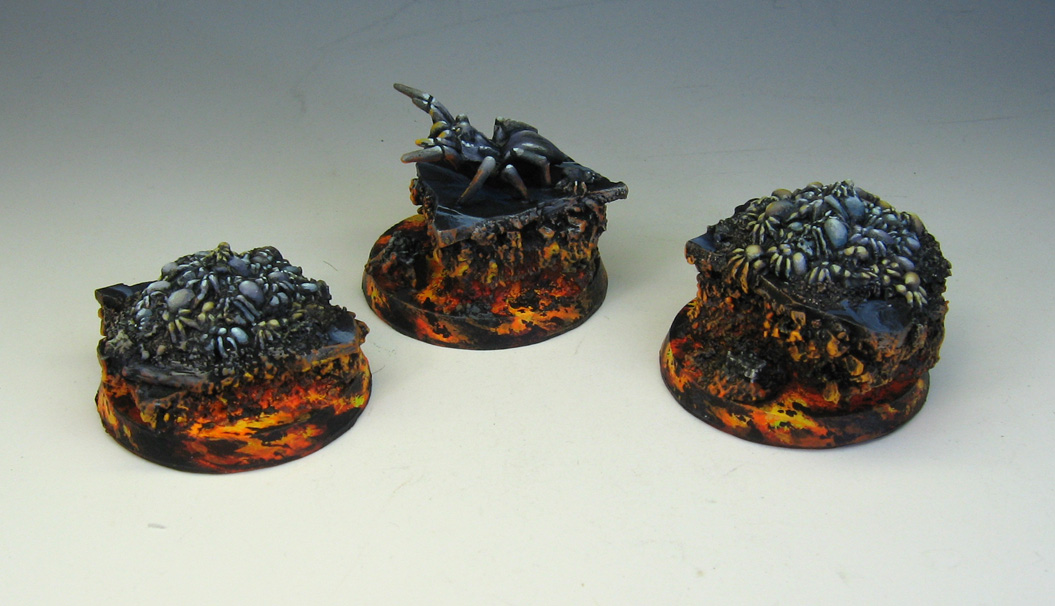 Working with the Shadow Lord on the Fell Beast, I should be able to protect these guys pretty well from shooting, at least enough to deliver them to the point of attack.  Besides, with the ability to move through terrain unimpeded, the giant spiders will be able to pop out of forests or other safe zones. 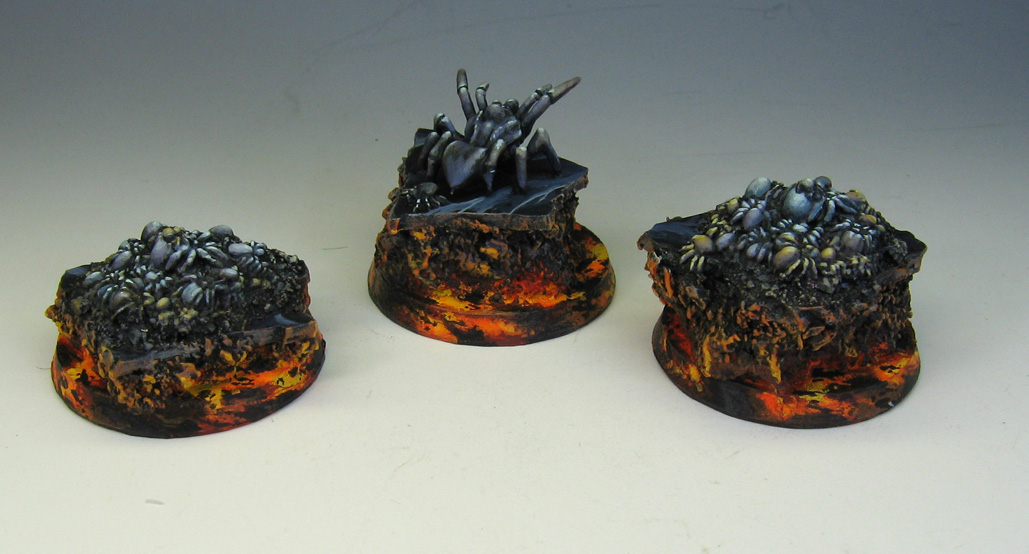 It would be hilarious to see the queen and her broods wipe out some archers lodged in a structure... all thinking they are nice and safe :-) 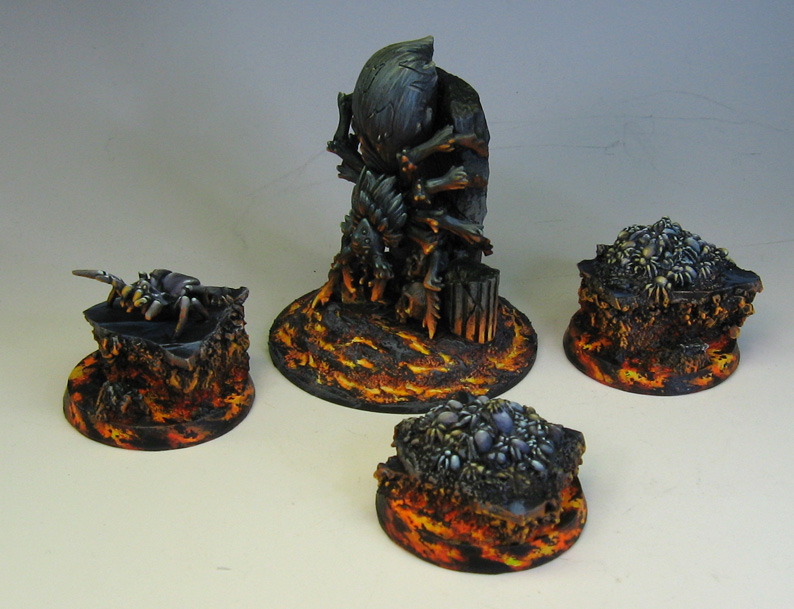 I will shoot some images of all the spiders together... right now there are half a dozen giant spiders in addition to these guys! 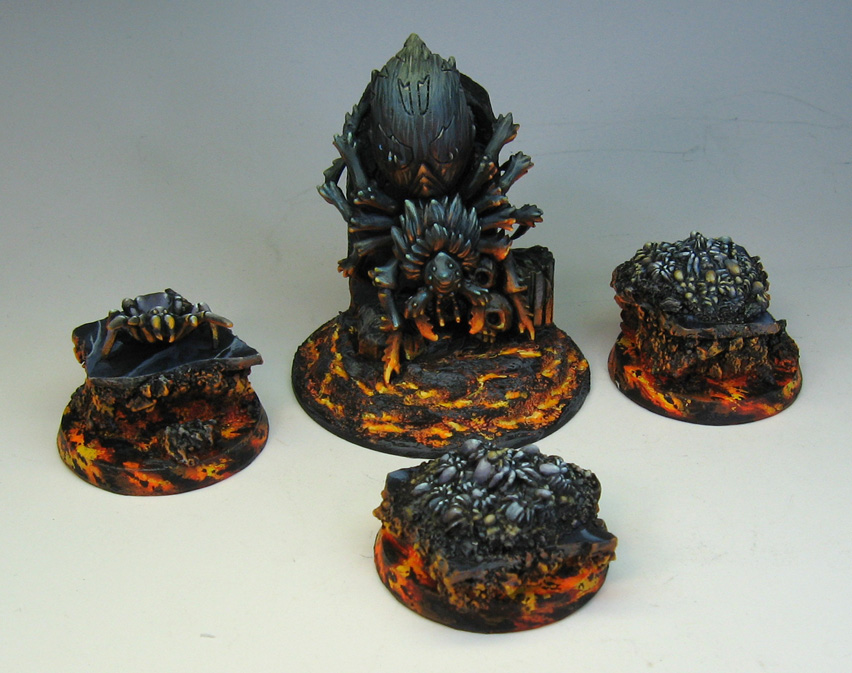 Posted by wappellious at 4:58 AM 3 comments: