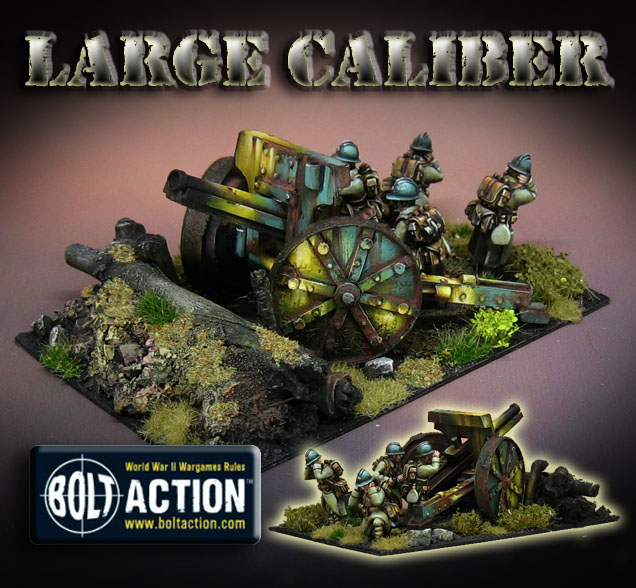 If there's one way to keep the Bosch out of France, it will be with heavy duty firepower!  In this case, we have the scratch built 105mm French Medium Howitzer.

The four crew members were taken from the French set on the Warlord store.  I fashioned the gun from plasticard and polystyrene tubing.

Here's what it looked like as it was being constructed, in step by step form!

Now for a few shots of the completed scratch build:

I modeled this after the Flames of War version.  The wheel and stabilizer assembly was designed to provide additional protection for the crew, as the wheel swing out along with the stabilizer bars.

This artillery piece gave me many opportunities for weathering effects, since the gun shield and wheels were so heavy and solid.  I'm thinking that my opponent should need a +7 anti tank gun to get to that crew! :-)

The views from above show how I placed the crew.  It was a real challenge to get them all in that space, but not so crowded that it would look cramped.  I hope that you can see a hint of the shells which were placed at the feet of the loader.

The ground level views were really rewarding, as it seemed more like a gun, and not a miniature.  I look forward to these types of views on an actual table, with some hapless foe locked in its sights. 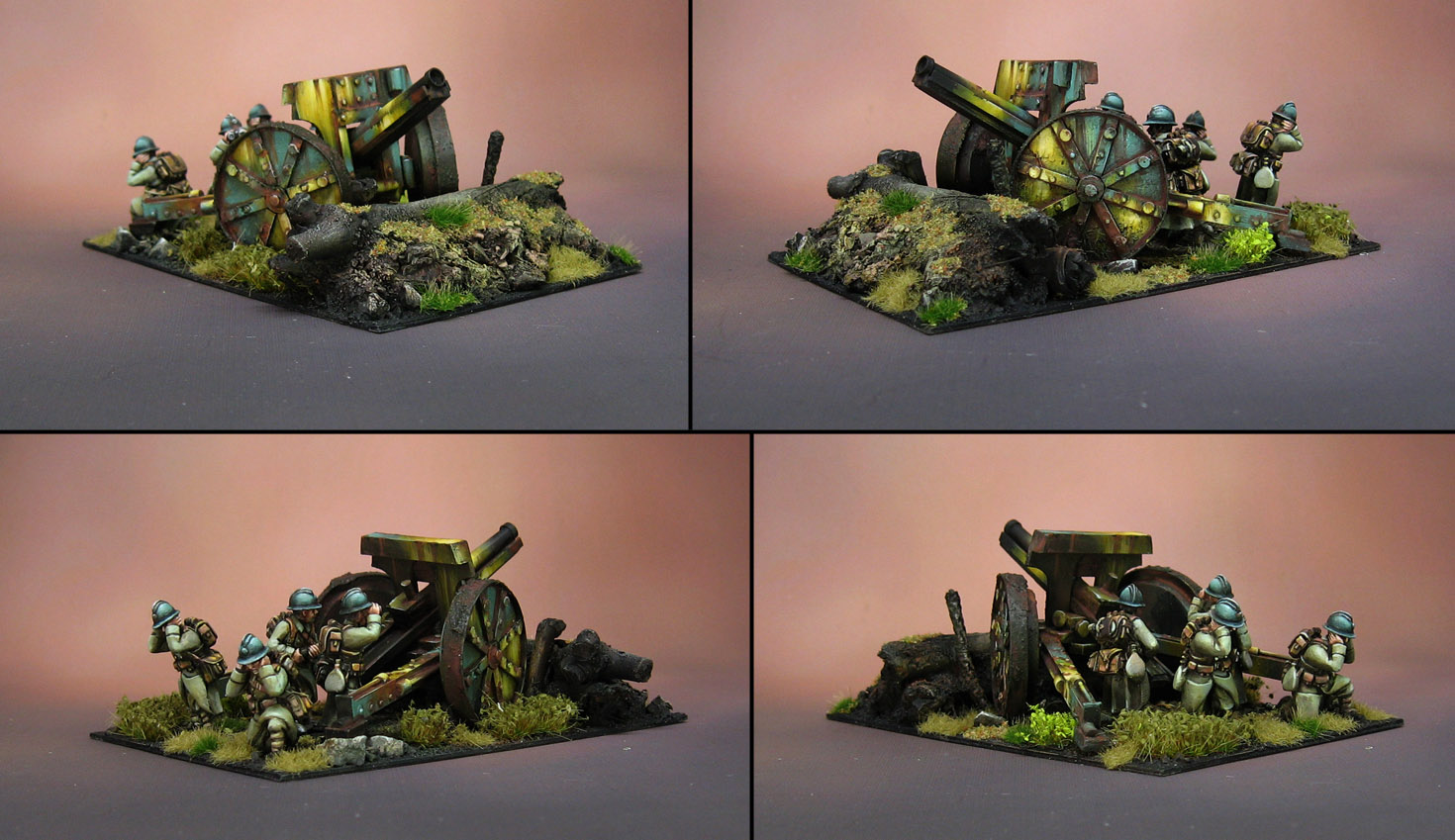 I mentioned earlier that I modeled this after the Flames of War French 105mm.  It was very handy for scale, since I had already done the 75mm Howitzer in both scales! 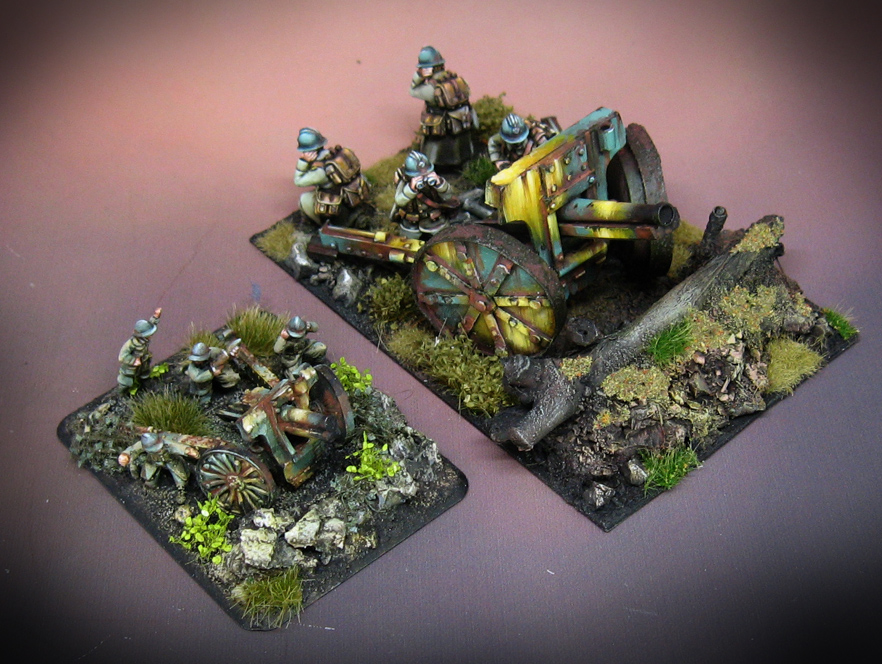 One last set of views for you.  Yes, I will certainly be sculpting the huge 155mm Heavy Howitzer, so stay tuned!!!