From "When the World Was Flat" 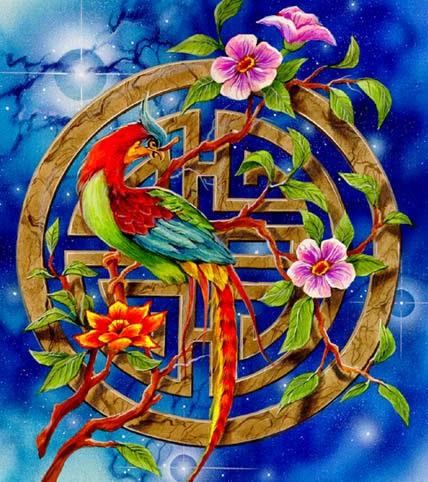 OK, I think this will be close to the Grande Finale on the 2D art.  This is a whole range of stuff, starting with a pastel that I did about 20 years ago.  Or maybe more :-)

You can see a lot of similarities with the way I paint my flesh tones, how the value patterns are arranged, the reflected light, and even some NMM to boot! 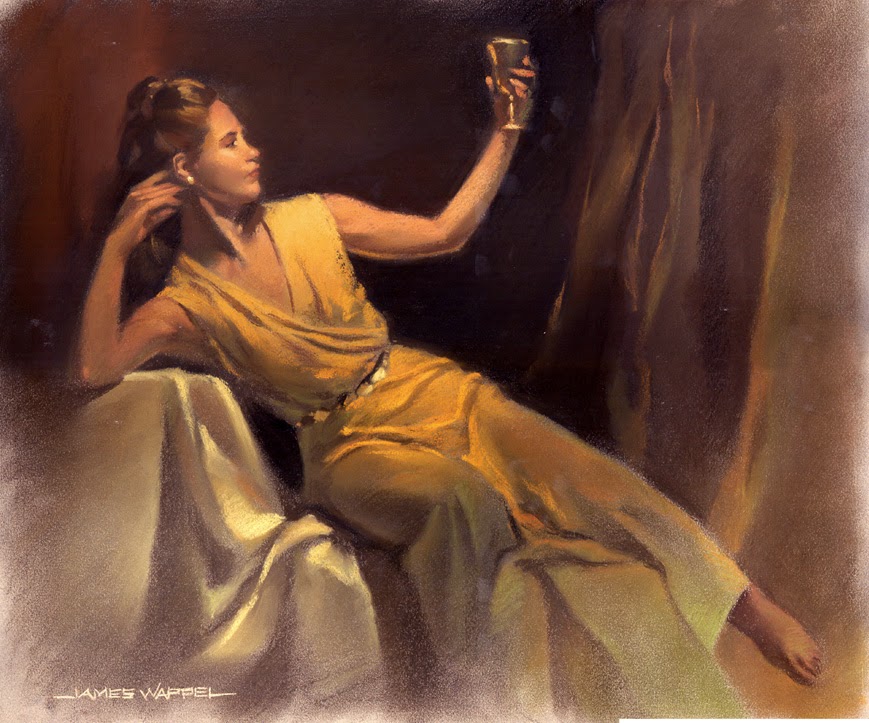 This is a design that I painted on a few Celtic drums... 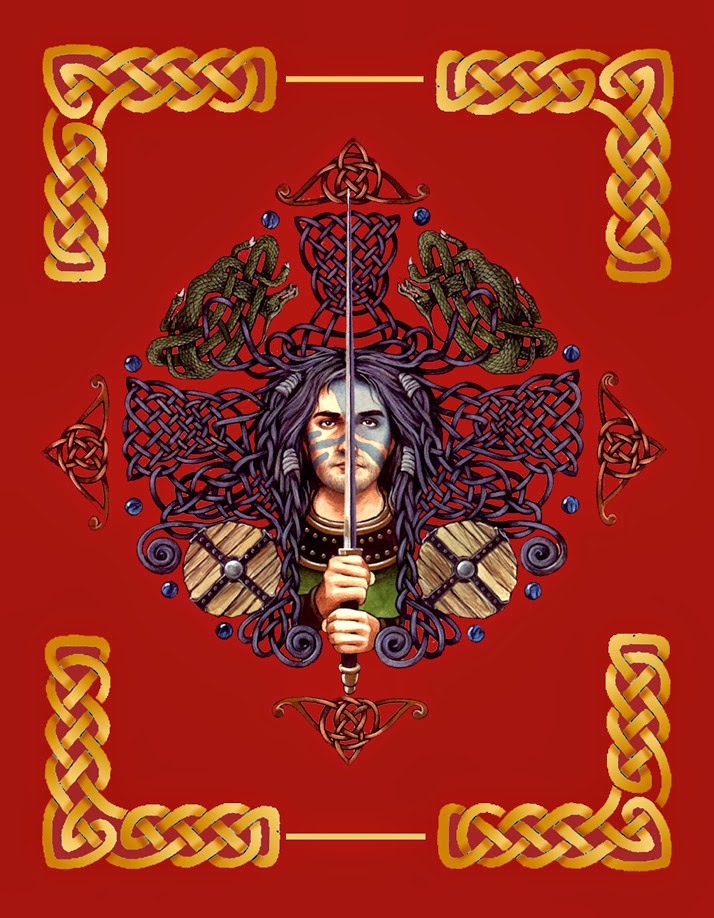 And this was supposed to be an piece for some illustrated novels that I had been working on.  This character has actually been shown in a few other sketches... 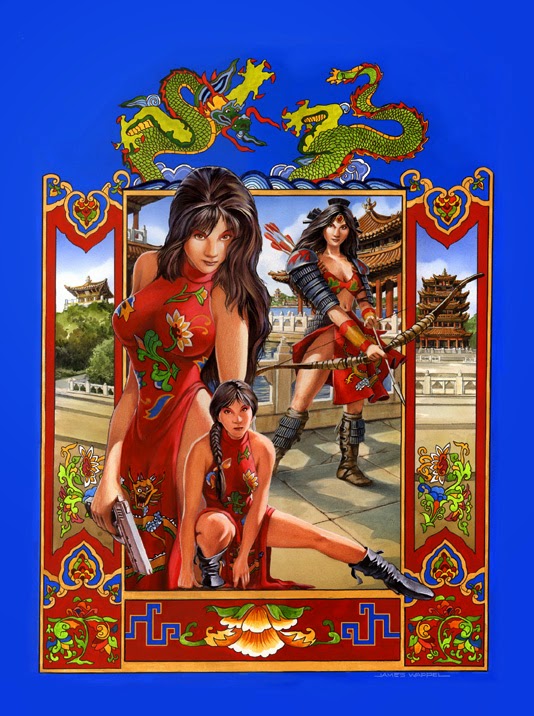 I did this wild picture for Nordic Fest.  Yes, I know that Vikings didn't have horns, but you must give the people what they expect. 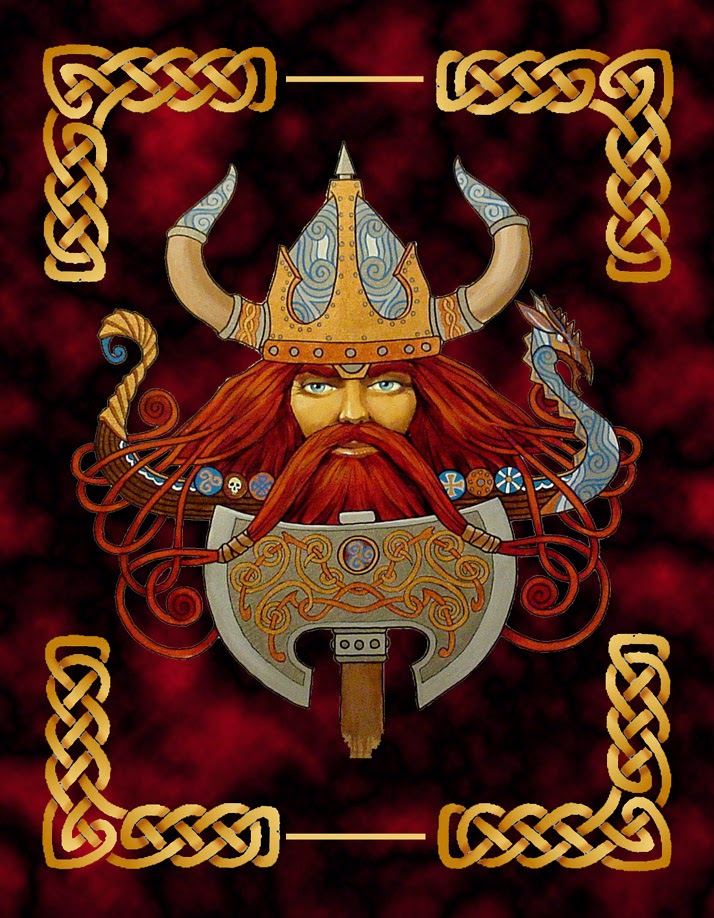 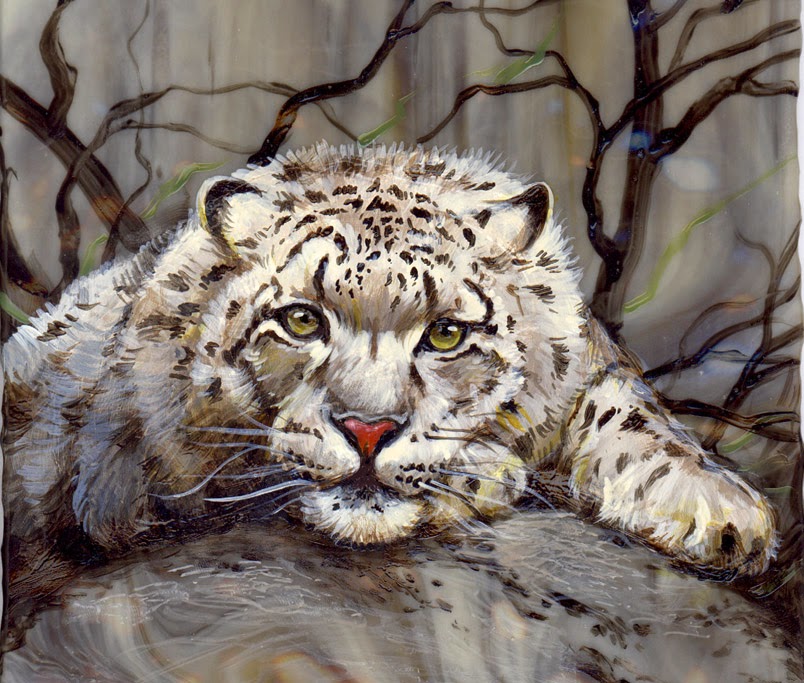 And close it out with Celestial Phoenix, which was also made into a puzzle like Spirit of the North. 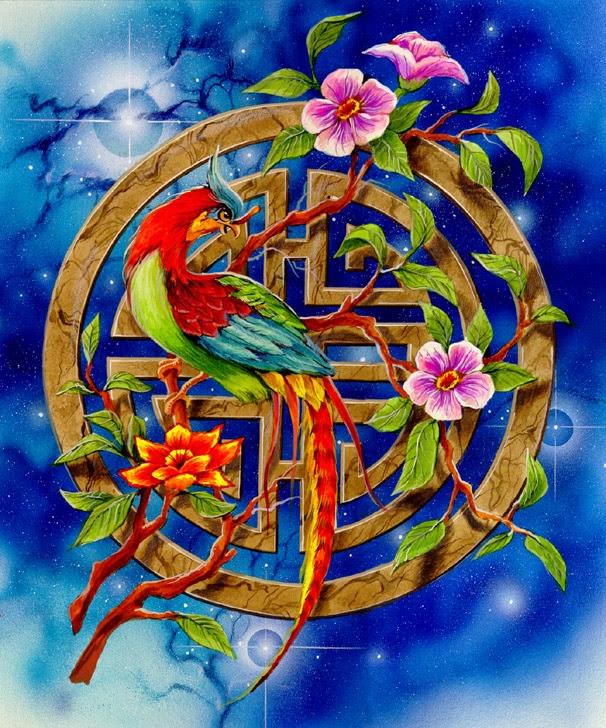 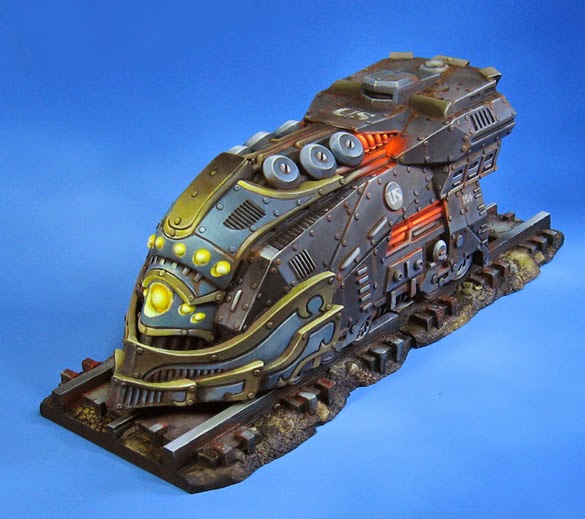 Huzzah!  Happy Day! Hooray!  Yup.  Now I get to try out one of the big Hangar 18 backdrops which had not been used yet!  'Cause it's HUGE!

My hope before I started using these was that the backdrops could also be used horizontally, as opposed to the nearly exclusive vertical setups I have done. 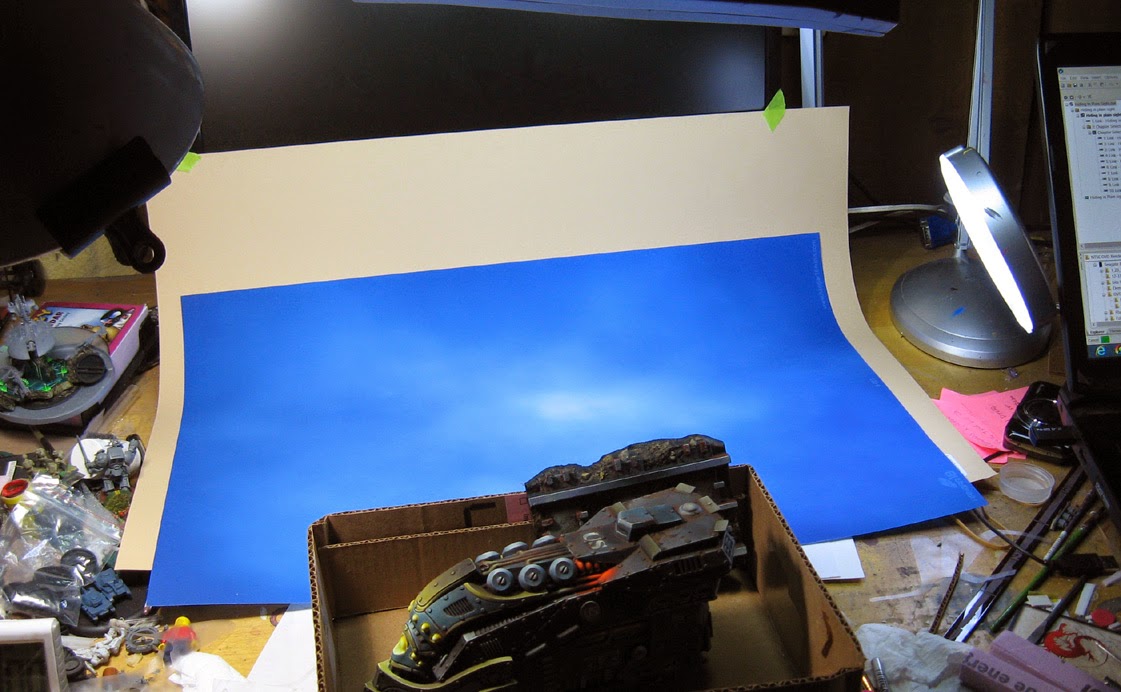 Even on such a massive backdrop, the giant train engine takes up a lot of space.  That's only two lengths of track, by the way! 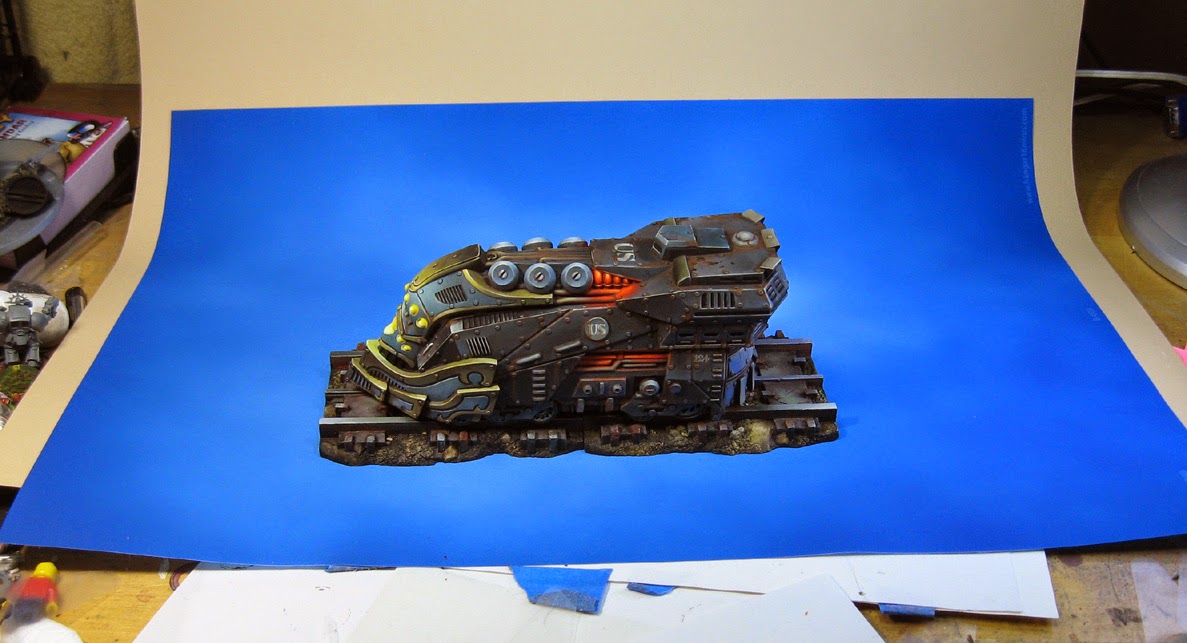 And now for some 'studio' shots.  For obvious reasons, I am going to have to break up the train into individual elements to get it to fit. 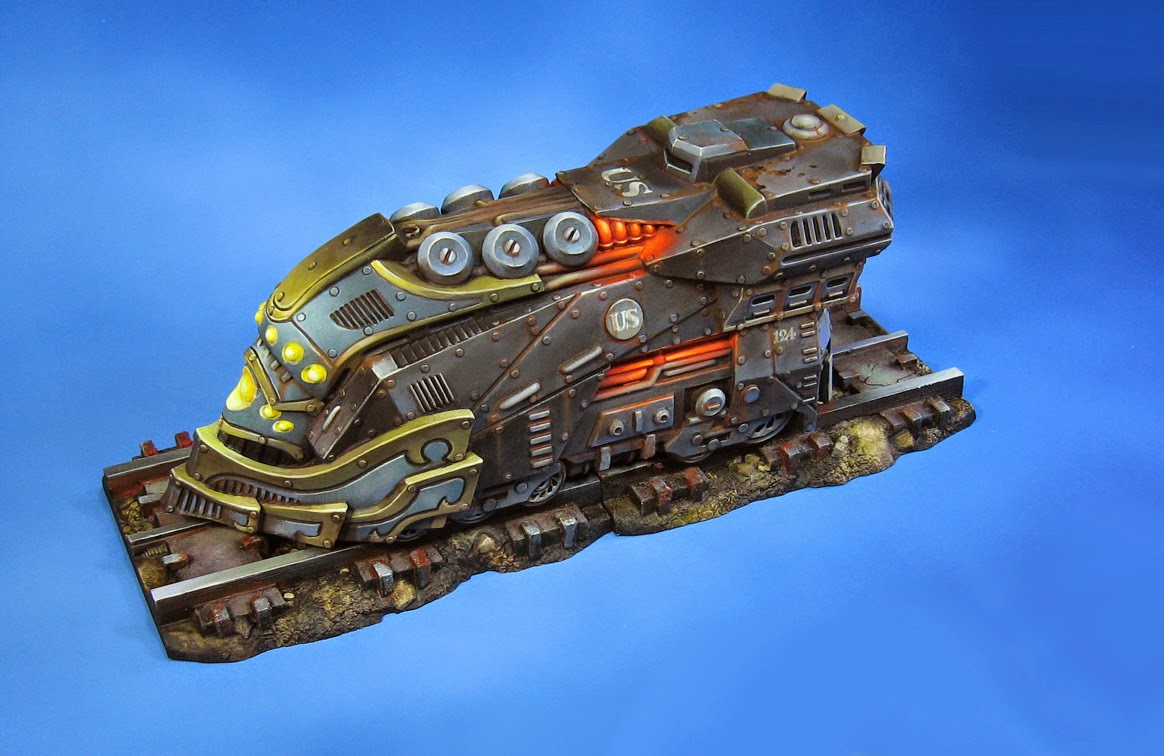 I am still trying to set up some shots of the whole thing together. 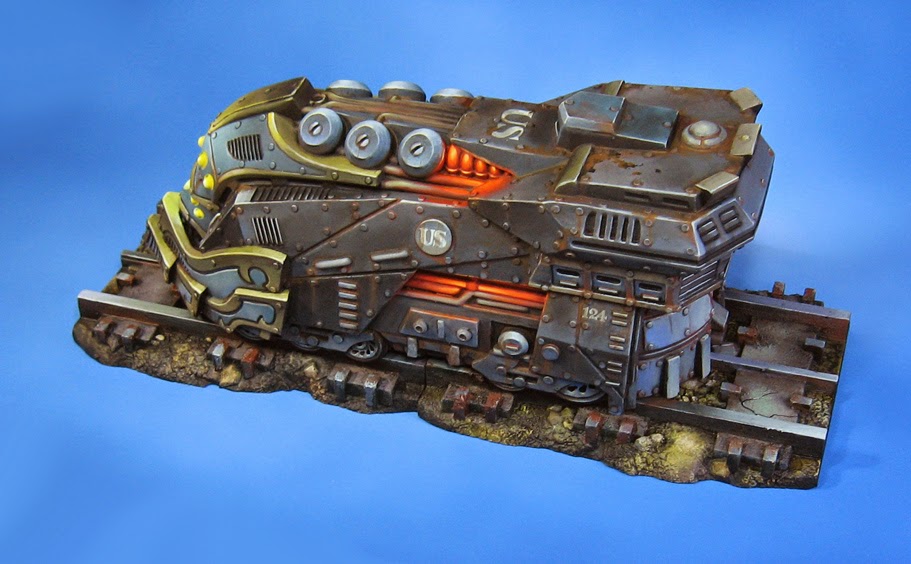 It is very very gratifying to see these kinds of images, I can tell you that much! 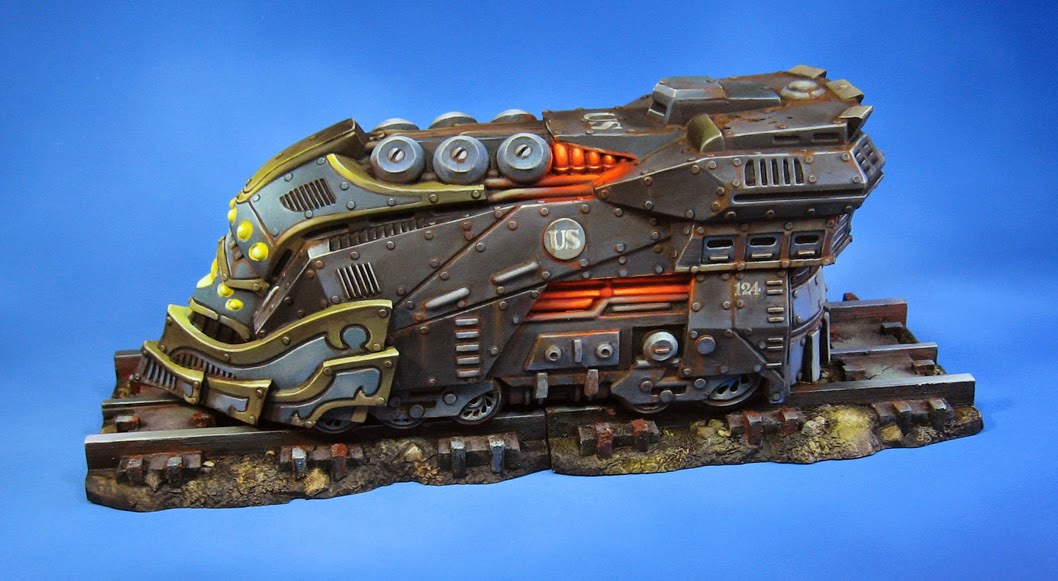 Coming right at you! 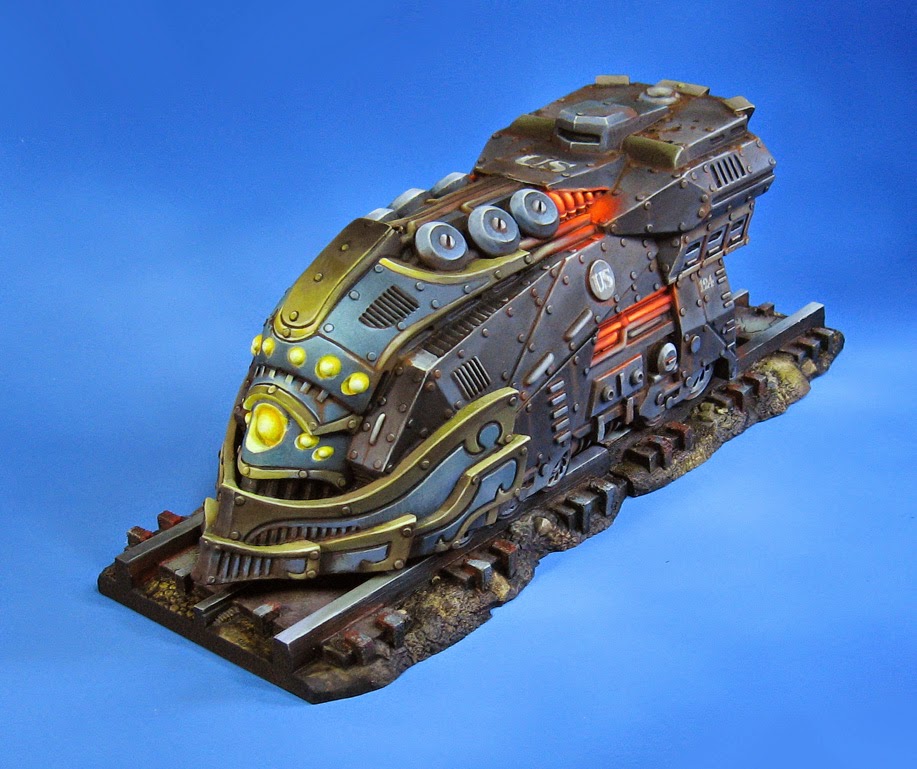 I wanted to use the blue fade for this first set so that I could get that "true" view of the colors which I have mentioned in the last few posts.

However, I will shoot these again using the brown backdrop. 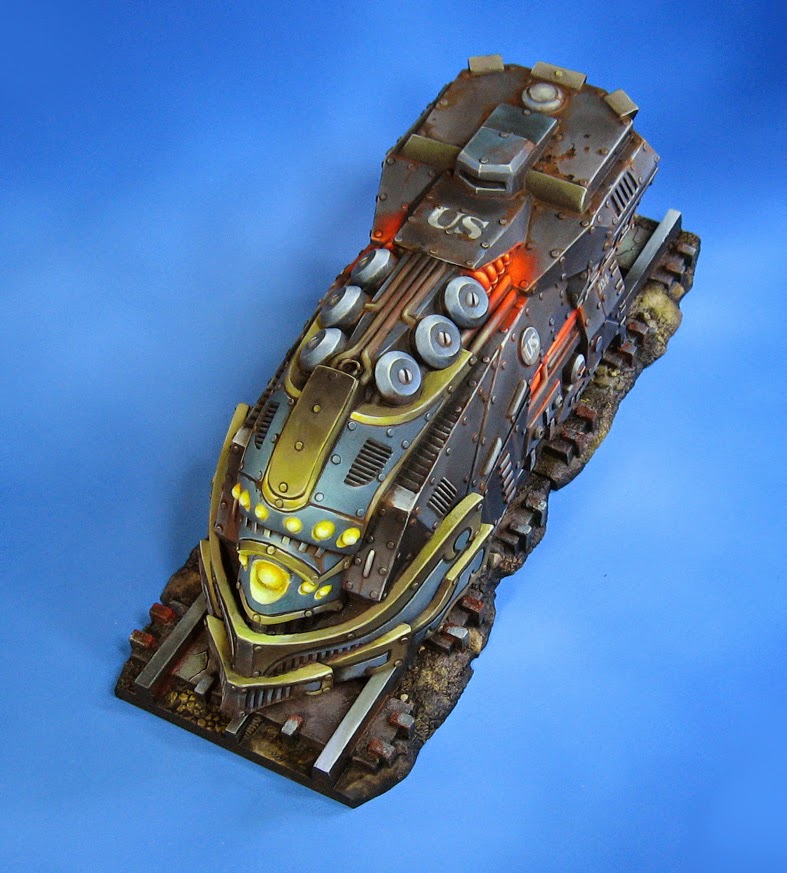 I am quite sure that one is going to make for some dramatic lights and darks on The Beast, as I have called it. 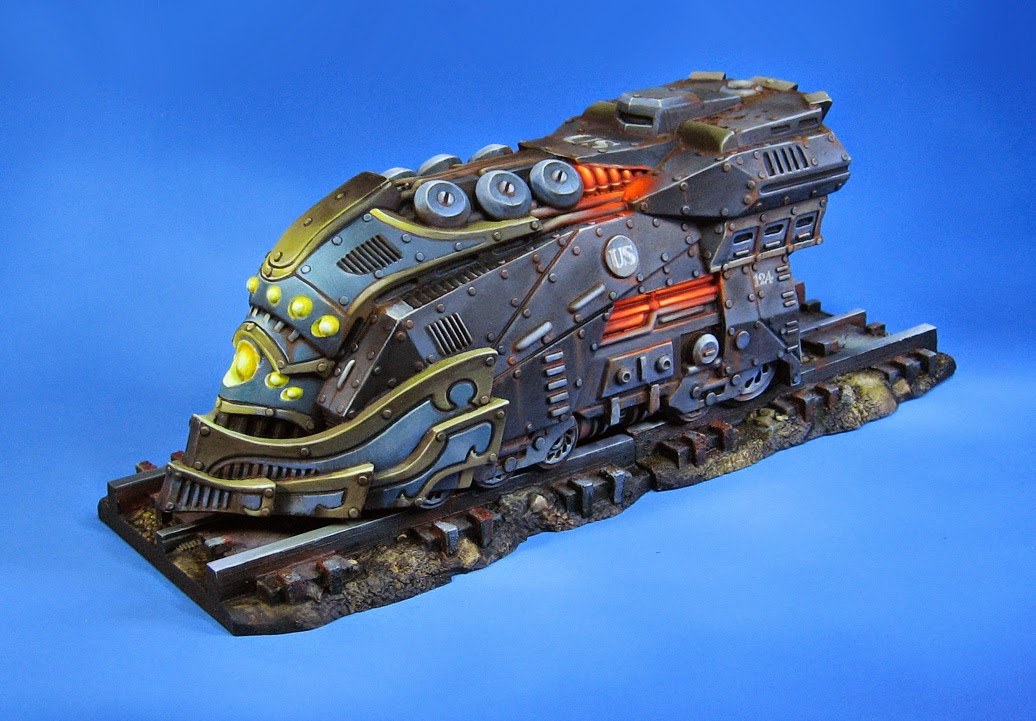 I did use some Secret Weapon powders on these cars as a final touch.  It was not actually for weathering.  In fact, I used them to get a few subtle color variations in the gray colors.

When applied with one of the filbert brushes, I could add a touch of green to an area, or a touch of brown, etc., in an extremely light fashion.

This would take seconds instead of hours to blend in with the rest. 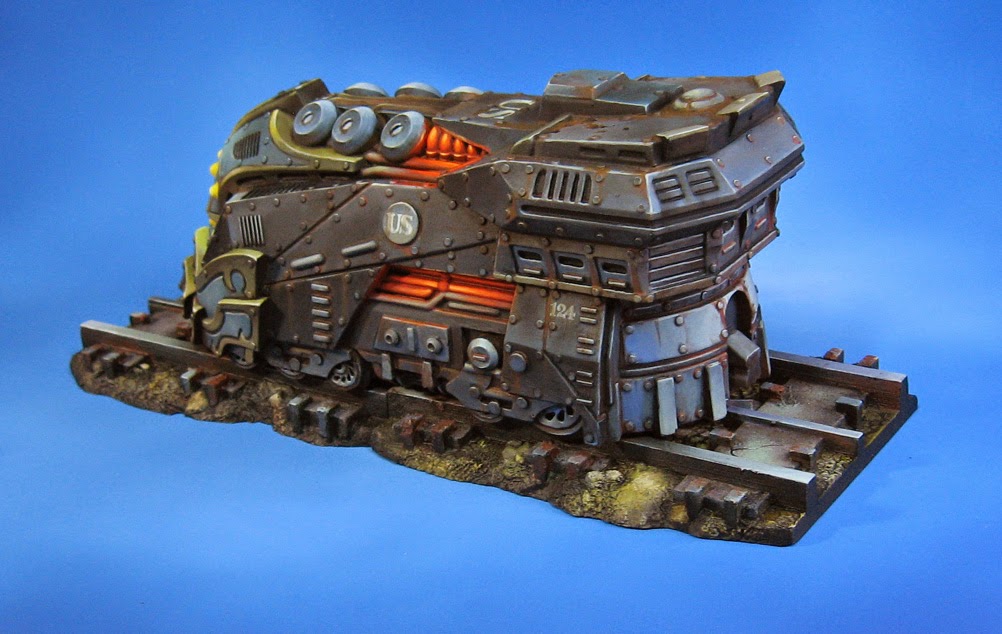 When you are working on something this huge, it is easy to lose sight of what you have done on one side or the other, or even from one small area to the next.  The quest for variety made me feel that it was essential to do this step. 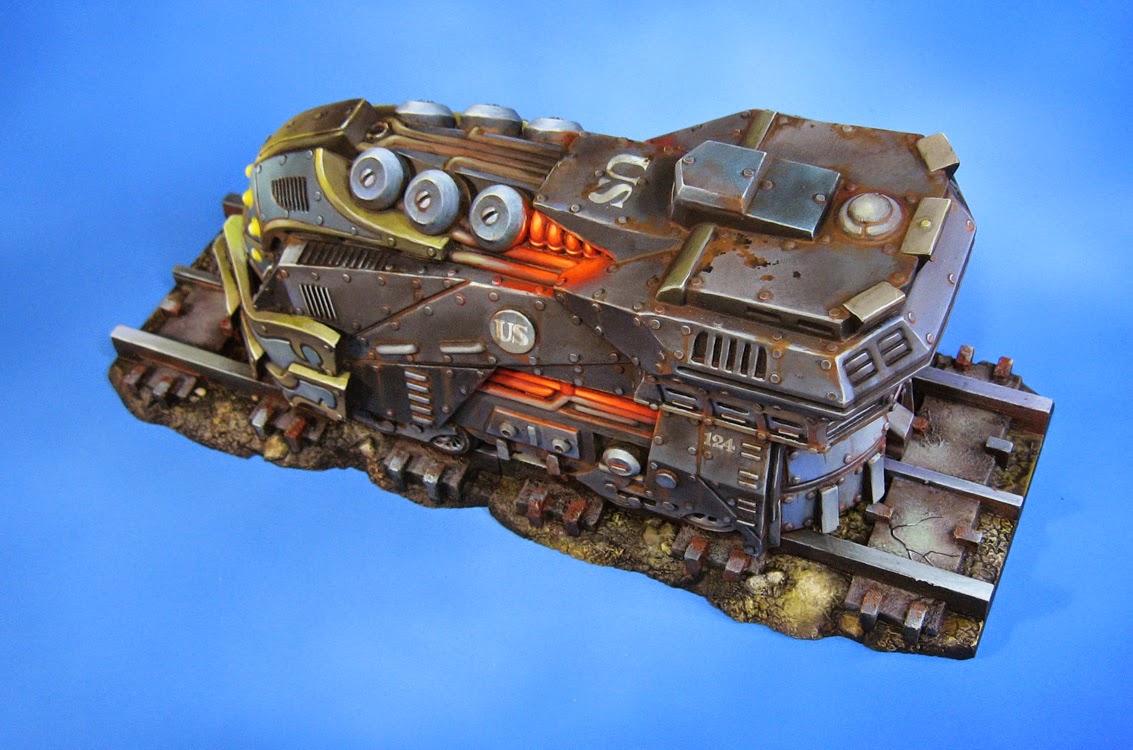 Subsequent posts will show the other cars, as well as the whole set and the series on the other backdrop! 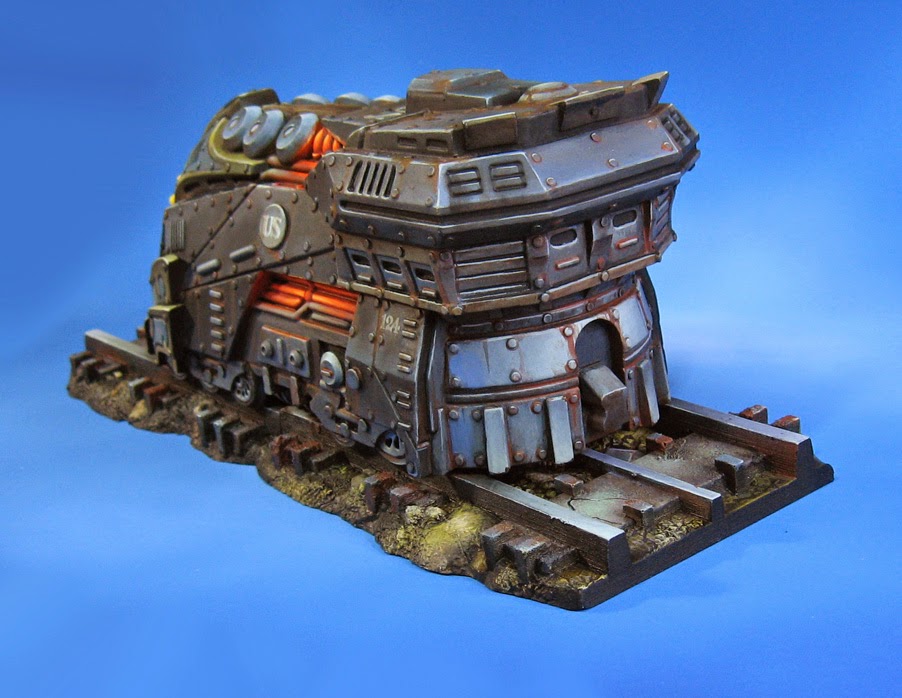 Posted by wappellious at 1:38 AM 2 comments: