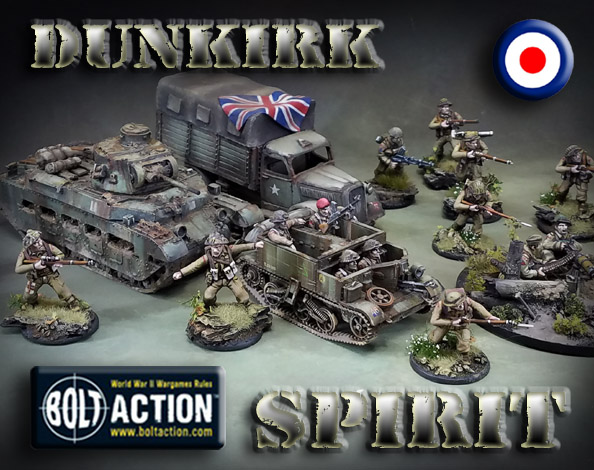 As more squads and vehicles are completed, the BEF force continues to expand, and we grow ever closer to our France 1940 campaigns.

There's another Bren Carrier coming too! 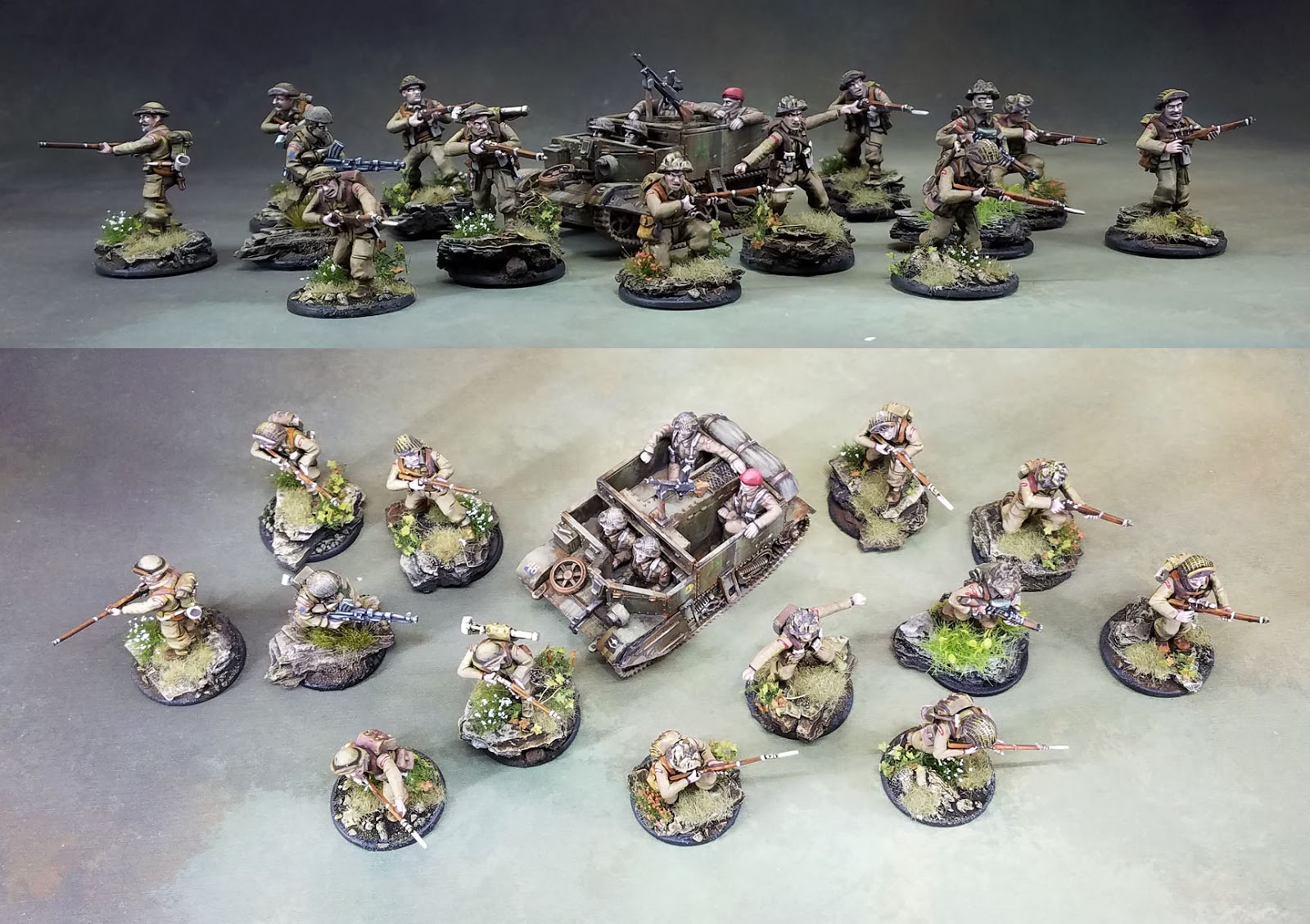 I already did some posts on the captured Opel Blitz trucks, but it's nice to see them with passengers too! 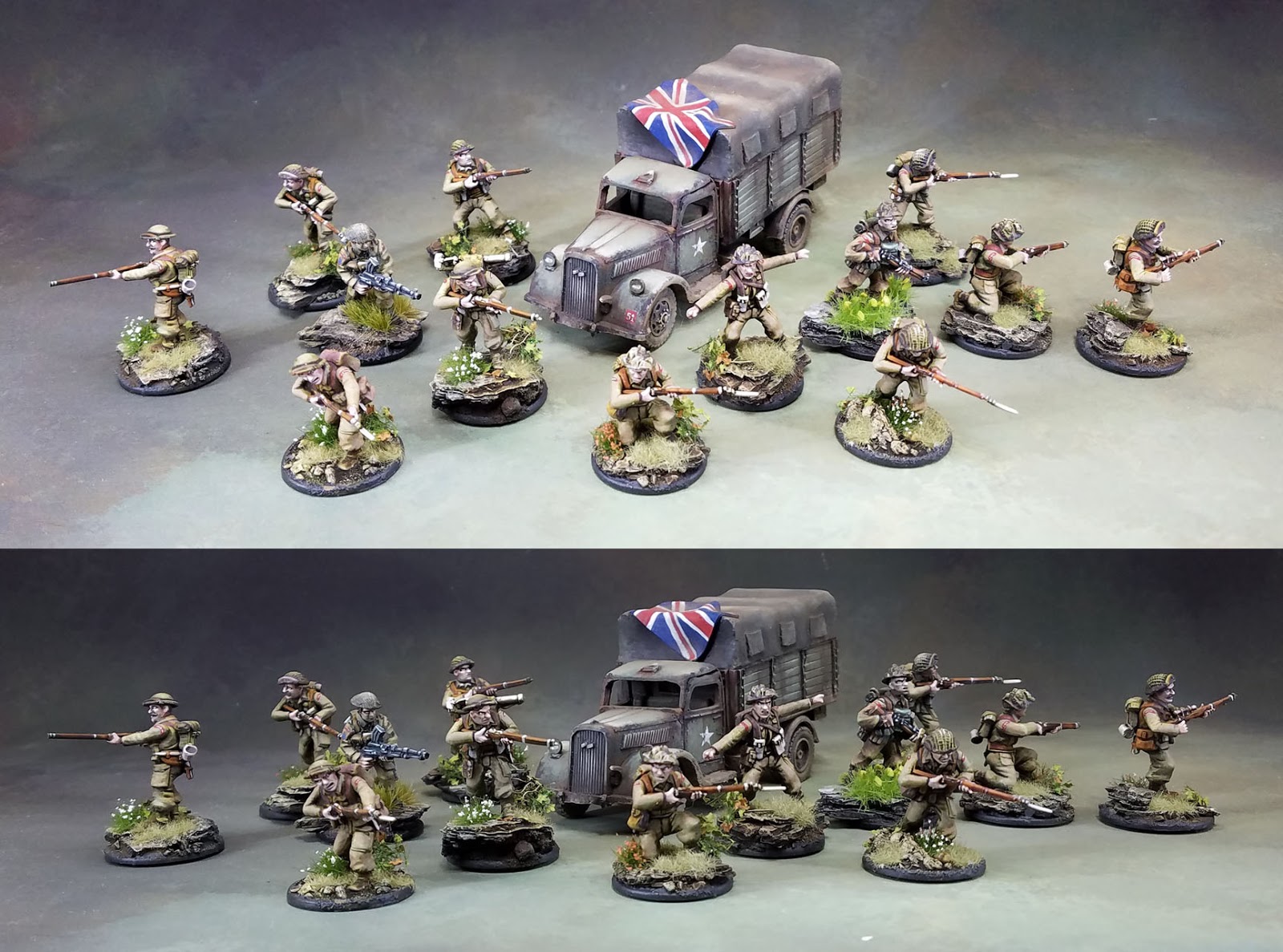 I added the MMG team and the Matilda to this shot, but there are many other things that were not included, such as the artillery teams.  A few of those pieces are still under way...

This is just a portion of the total infantry as well.  As large as this backdrop is, I still can't fit everything on it.  I think the massive army shots will have to be shown on the terrain board itself. 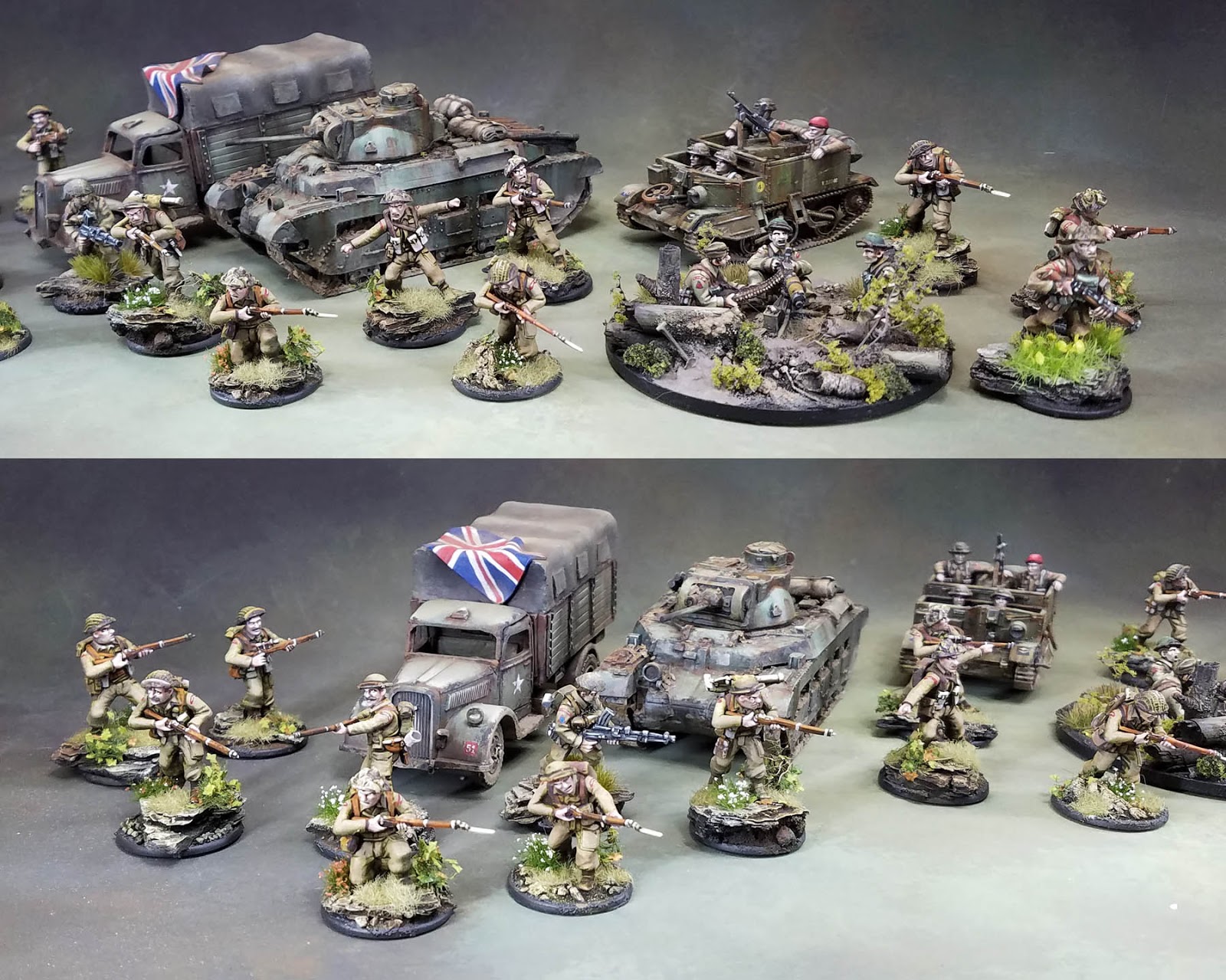 There are about 38 to 40 completed infantry, as well as anti tank and light howitzers.  A big 25 pounder gun is nearing completion.

Some of the additions to this force also take it beyond this early war era, such as lend lease vehicles and other things that would be seen in 1944.  This was done to maximize the number of eras that could be covered with a "single" army.

The priority for the time being is on early war, which extends all the way to Barbarossa!  Stay tuned...