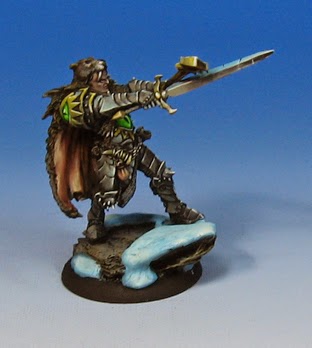 Yes, the Eye of Balor continues to watch your every move!

I had to replace the sword on this piece, as the original one had broken off, and I couldn't find it :-) 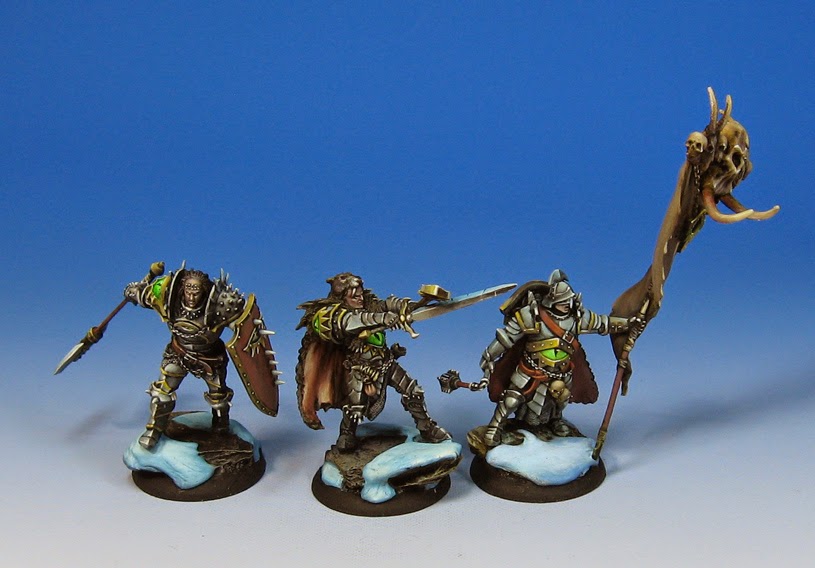 There's another set of these with the polar bear as well! 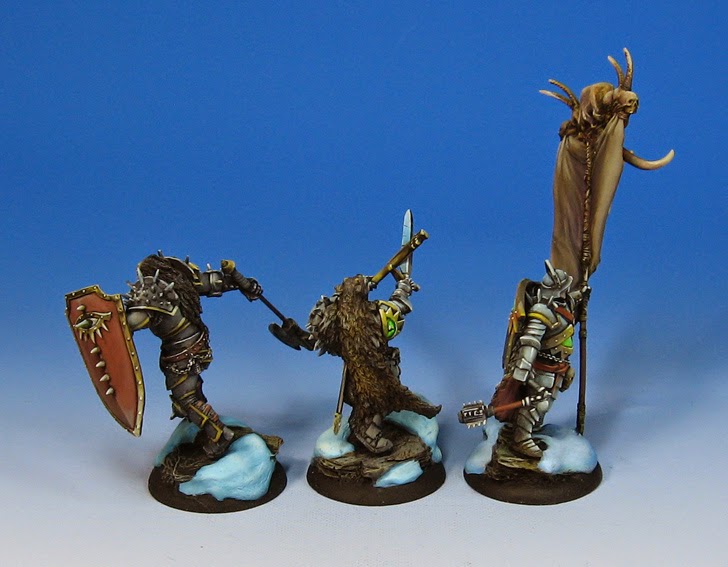 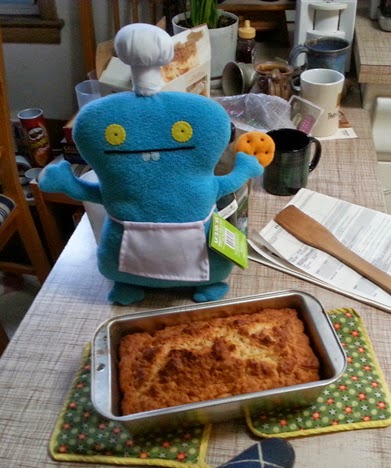 You saw the images of the first Beast... well this is the Beast's buddy.

I snapped these images prior to dark glazes on the gray metals, and a few other steps that are now completed. 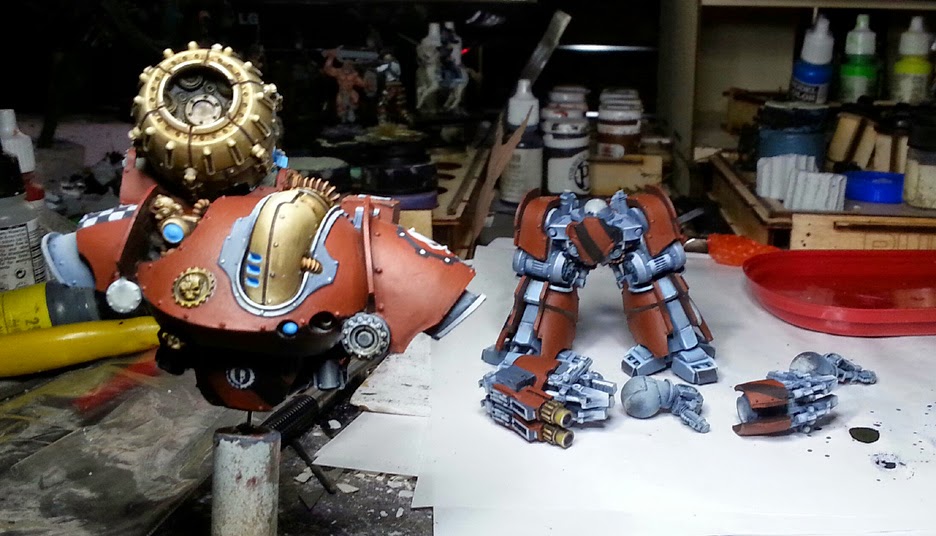 Since then, I have done the lighter colors for the reds, and put on the weathering in the form of paint chips and rust. 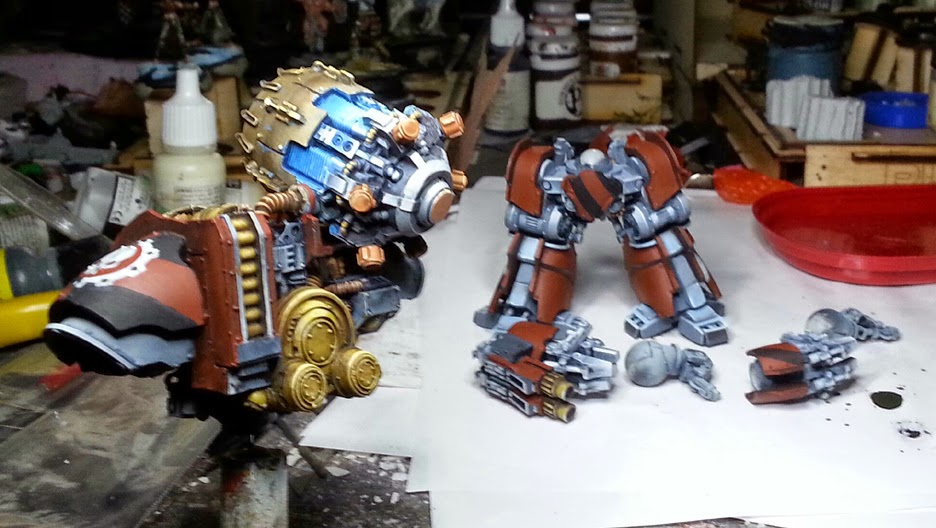 The leg assemblies are a bewildering array of parts! 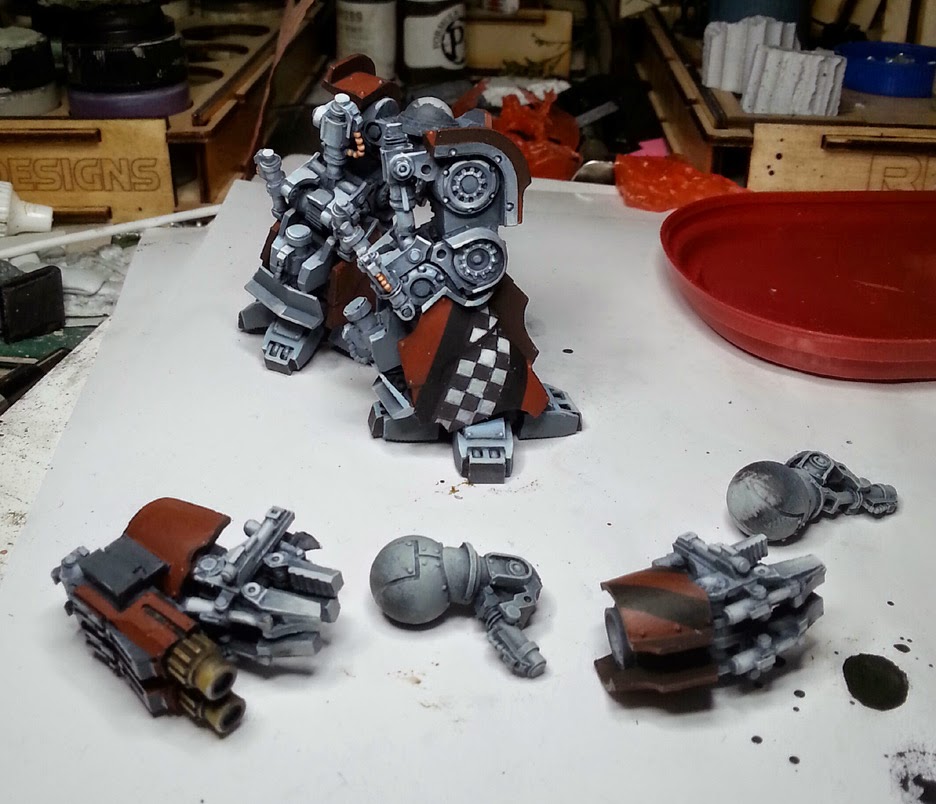 It's really tough to get the brush in these tight spaces, to say the least.  Remember, these legs are taller than an entire Dreadnought!  You really have to think about where you are putting your lights and shadows.

Of course, these all look very different, with additional shading added as well as the rust. 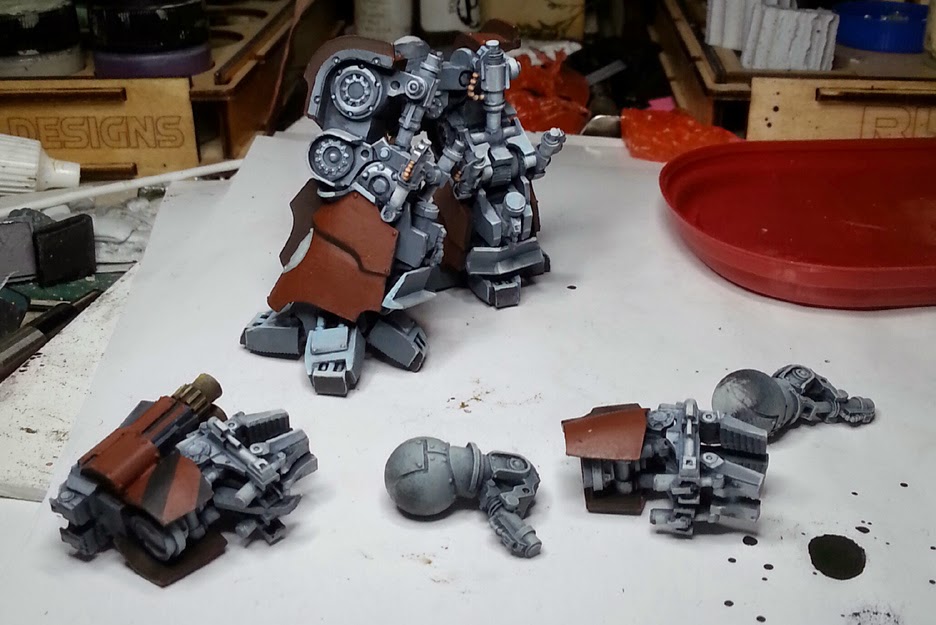 With the additional armor spaces on these monsters, there was some room for freehand.  I tried to do something slightly different than the previous entities, with the diagonal black stripes.

As I was working on this, I tried something all new for me.  I love to cook, but I have been almost exclusively an 'open flame' person... not a baker.  I have never tried to make a loaf of bread before.

Jen was kind enough to provide the bread mix, making my life a lot easier. 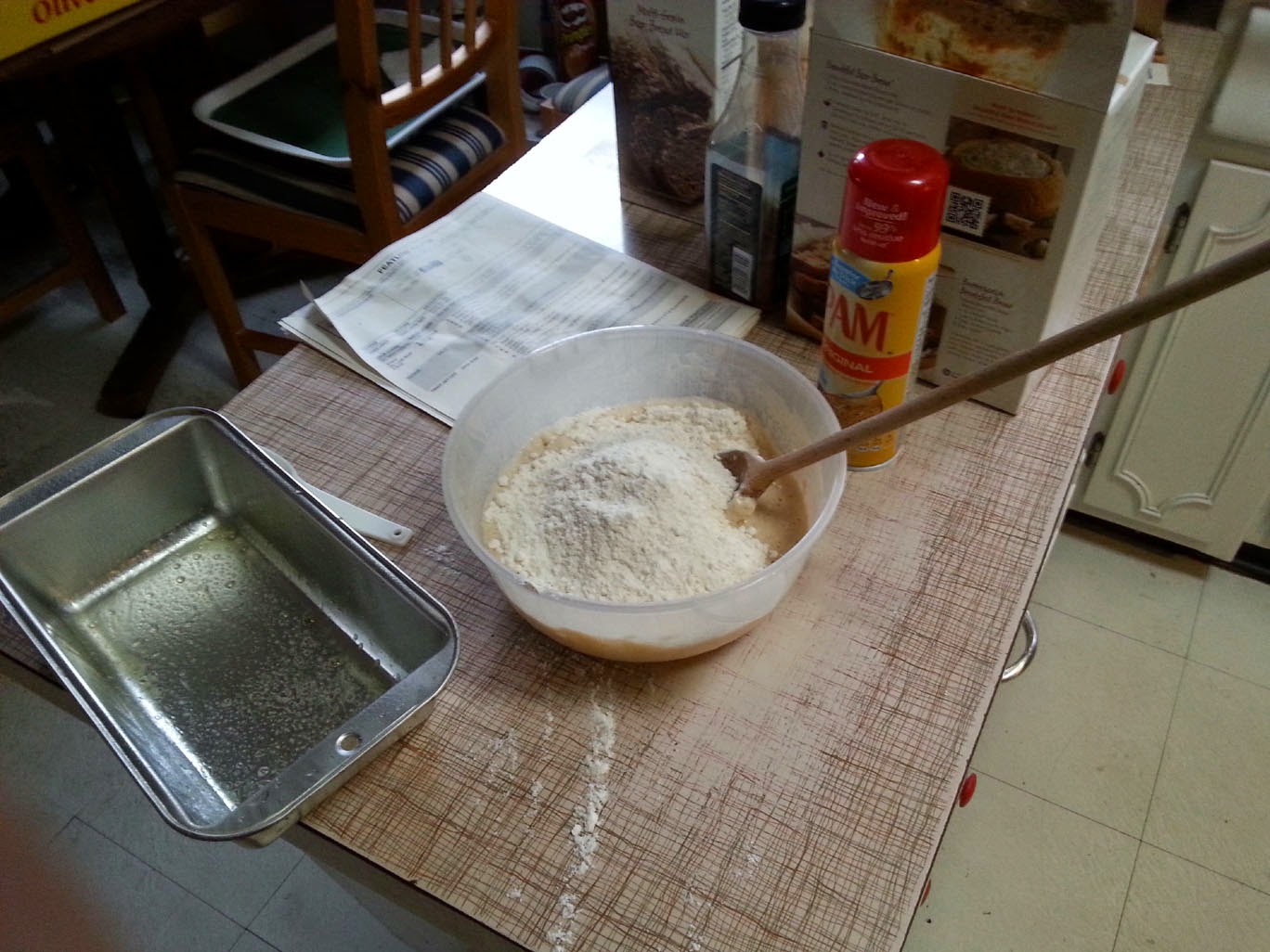 I used creme soda for the 'water' in the mix, and then melted some butter to put over the top! 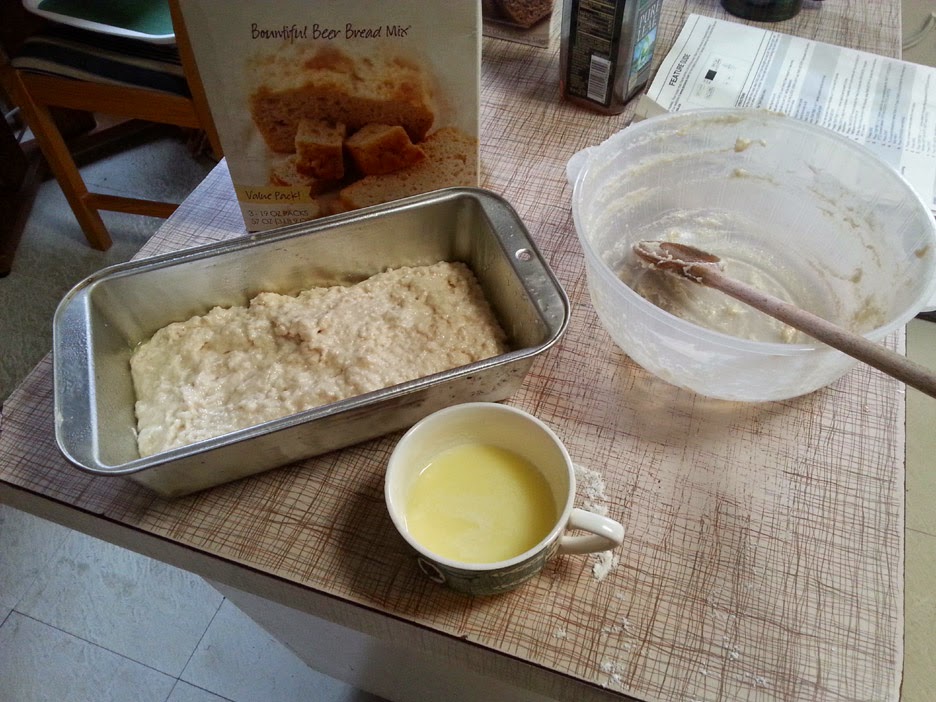 Actually, it was Cookie Chef Babo who did all the work.  Next time he will leave it in the oven for 50 minutes instead of 55. :-) 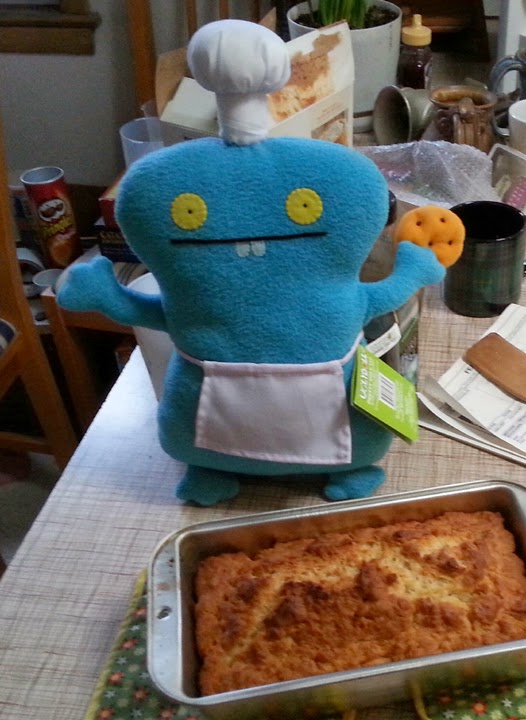