What the future holds... 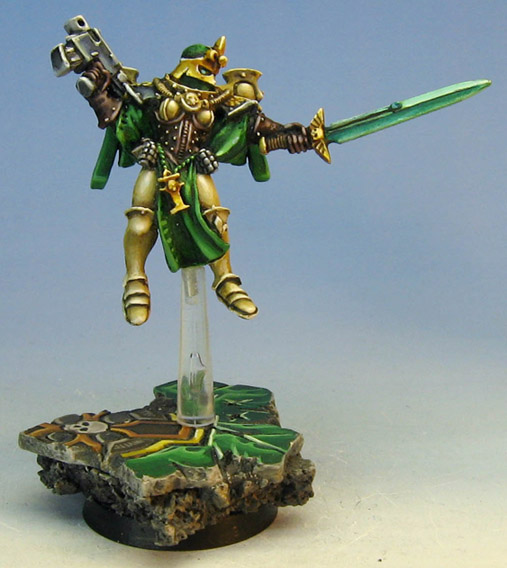 The time has come to look into the future.  The grim dark future, apparently, as we ponder what might be seen in a tournament room next April.

When I first started playing Demonhunters back in the days of 4th edition, I ended up with lots of Witchhunter figures as well.  Ever since, I had been working on some ideas for such an army.  I had the outline of a story written out, and had even started to come up with the imagery for it.

This character typifies what I was trying to do.  The army was called the Sisters of the Raven. 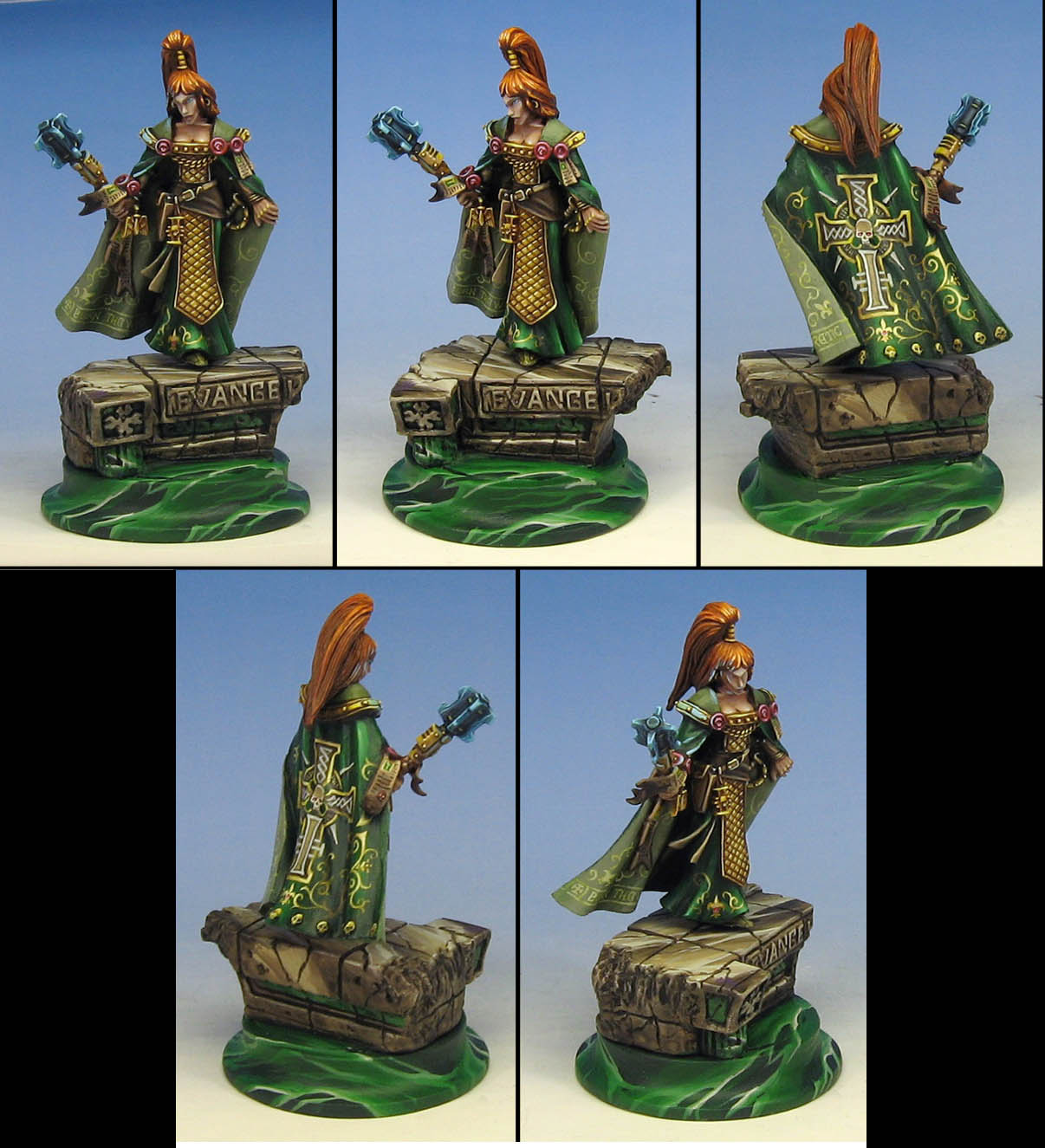 As you can see, lots of Celtic theme here.  I thought it would be a lot of fun to put this kind of iconography on the bases and cloaks! 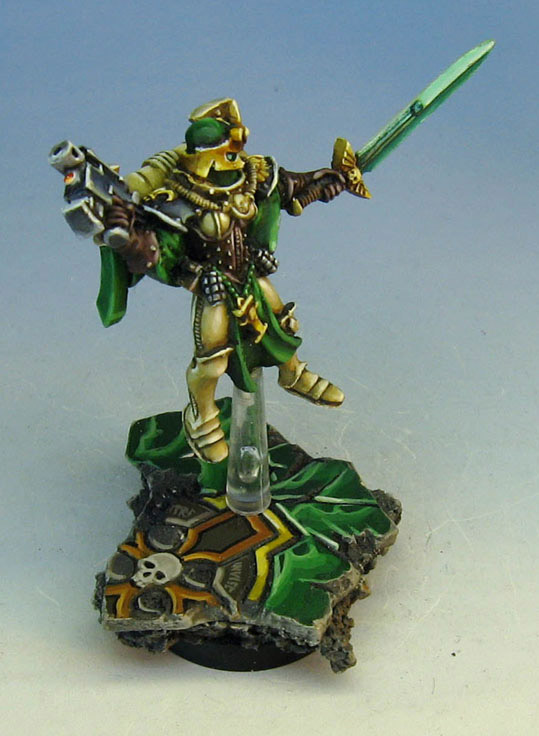 Here are a few images that give you the gist of what I was doing... 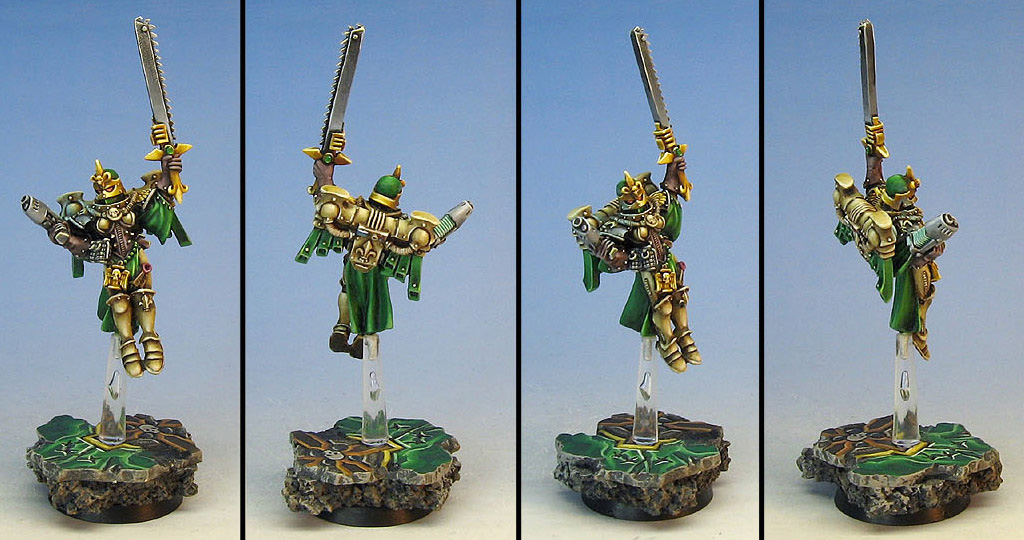 In this year's Adepticon 40k Champs, I ended up playing 3 of 4 games against orks. Three Fighta Bommas almost every time, with a waagh, tossing 60 re-rollable ST6 shots every turn, killing every single space elf.
Nothing like going up against tons of orks sitting on objectives behind ADL's, backed up by 3 of those orky planes,etc.  That's one reason why I am doing I.G. As much anti plane stuff as I can muster, and dozens of cheap girls  to mob the enemy the way I got mobbed. That and bringing my own fort along. :-)
The story behind the army has been one of my favorites for a long time. This is a Celtic sort of world, mixing standing stones and hive cities. The warriors paint their faces with blue woad and have lots of tattoos.
Ork raids took place many times over the centuries on this world, especially in its pre-industrial state. The Orks figured it would be a pushover. However, the Inquisition noticed these incusrions, and sent its own warriors (disguised as locals) and weapons there as well. The orks would lose, and they could not figure out why.
They thought it might be the blue face paint, so they put blue face paint on themselves and sent more Orks. Same result. They became obsessed with the blue in the way that red and "Go Fastah" get most Orks going.
So, they painted everything blue, and so on.
The Sisters of Battle take a particular interest in this world, due to a high quality of fighting spirit among the women.  There is one character that stands out among all of them.   She is trained even more in secret by special Inquisition units to make her even more effective
Eventually, this character from this world becomes a living saint (like Celestine), as she leads victorious armies time and time again against the Orks.
This story was supposed to tie in my Orks and Sisters together.  In fact, I even painted several Orks in this blue color scheme.   As a result, I have plenty of Orks that I can use as "extras", like the cyberwolves for the DE. I will see if I can snag some of those starter set cultists to use as mutants and other crazy stuff running around in the underhive. 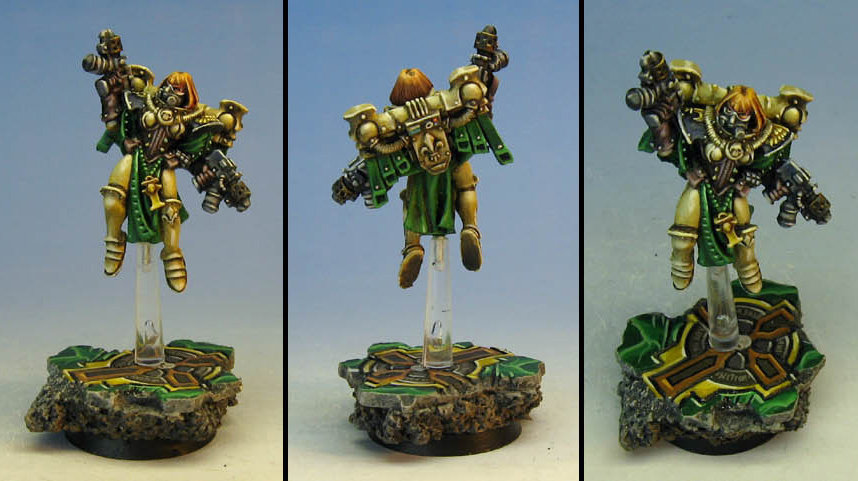 Raging Heroes has some Sister of Battle style figures that I will be using for this "command" element.  Just a handful.  I also plan to scratch build an Exorcist tank, which will be a blast! 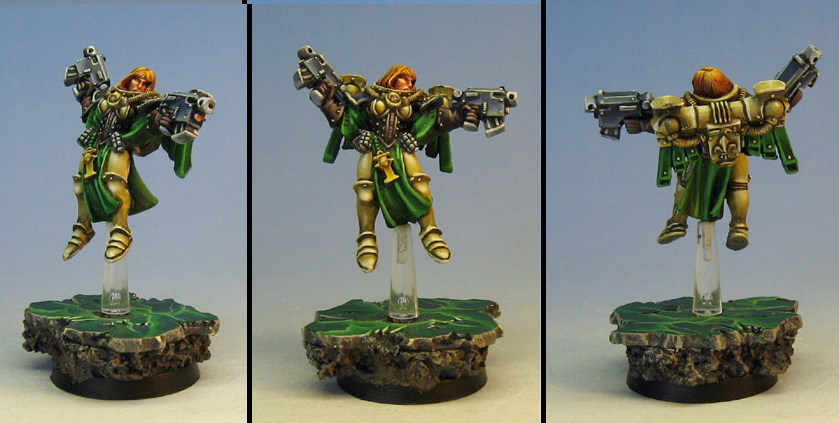 Speaking of scratch building, the army board will be massive.  At least twice as high as this year's board.  As you can see by this quick sketch, it will be a cutaway view of a small hive city.  The Monastery and the villas will be on top, of course!

I also want to have a landing pad as part of it.  Each level will have all sorts of activities going on, each appropriate to the level of the city.  Since I will be using the Toughest Girls of the Galaxy miniatures from the upcoming Raging Heroes Kickstarter, I have lots of fun options.  They have optional gas masks on many of the figures, which means I can have loads of girls outside the city, wearing those masks against the ravages of the toxic atmosphere.

Here is a link to a Raging Heroes preview:
http://wappellious.blogspot.com/2013/03/coming-soon-raging-heroes-kickstarter.html

I have even tried to leave a space on the display board for the ADL and the Quad gun.

The inside of the Monastery will have plenty of statuary and murals on the walls.  My other hope is to do each level as a removable piece, for a few reasons.  First, it will be more practical to paint, and also transport.

Plus, each of those individual levels can be placed out on a table for a very fun game of fighting inside the hive city!  That will be a significant challenge to make a reality, but every army board I have tried was the same way. :-)

With the techniques I learned making the Dark Eldar board, I should be able to do this! 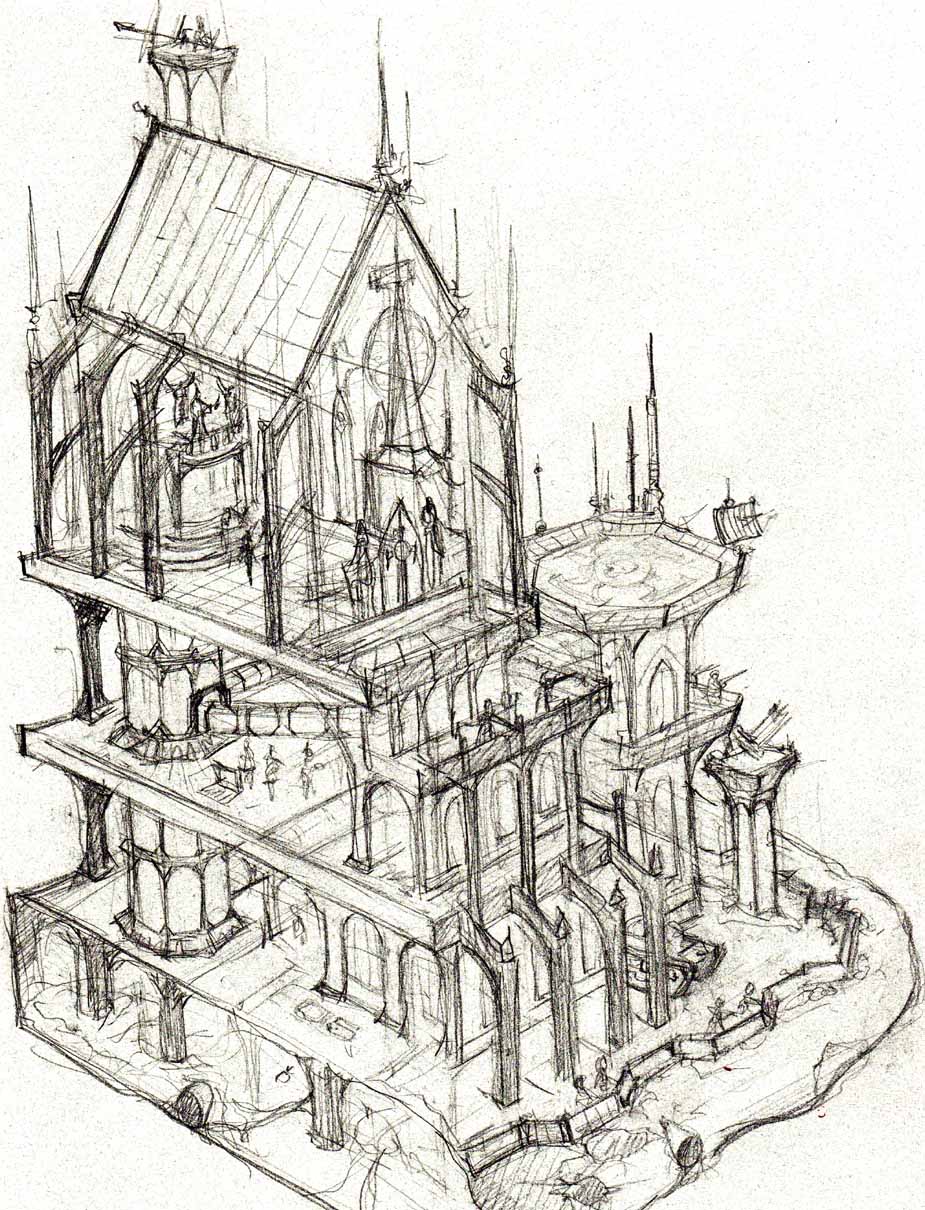