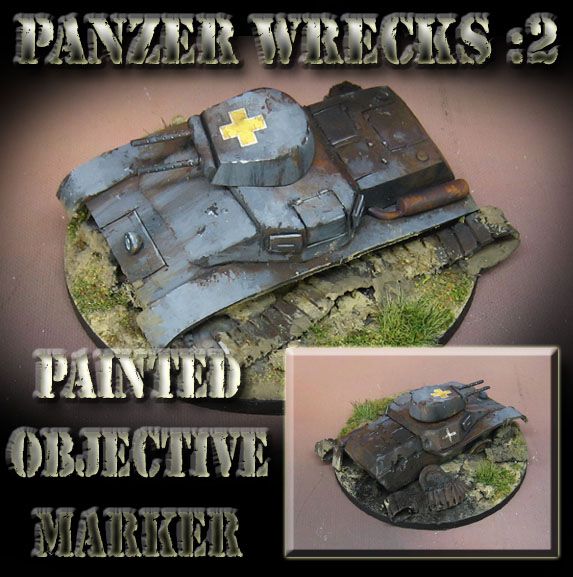 Next up in the objective marker/terrain piece project is the Panzer 1.  This one made me even happier that I didn't need to deal with recreating the wheel and track assembly!  It is very spindly and would have been quite fragile, so having a burned out hull in the mud was a much simpler prospect.

I needed to get both of these ready for the tournament very rapidly, so there were many elements that had to be simplified in shape and texture.  I knew that I could paint in some of that, which I had done many times before.  Also, the burned out nature of the vehicle would make it easier to sculpt more basic shapes without the need for great precision.

For instance, the extra firm gray Sculpey clay can be carved and sanded once it is baked.  This would have made it possible to file down some uneven spots, or sharpen up and edge that had become a little fuzzy due to handling and fingerprints.

I have a previous post which shows how the vehicles were sculpted here:
http://wappellious.blogspot.com/2018/04/objectives.html 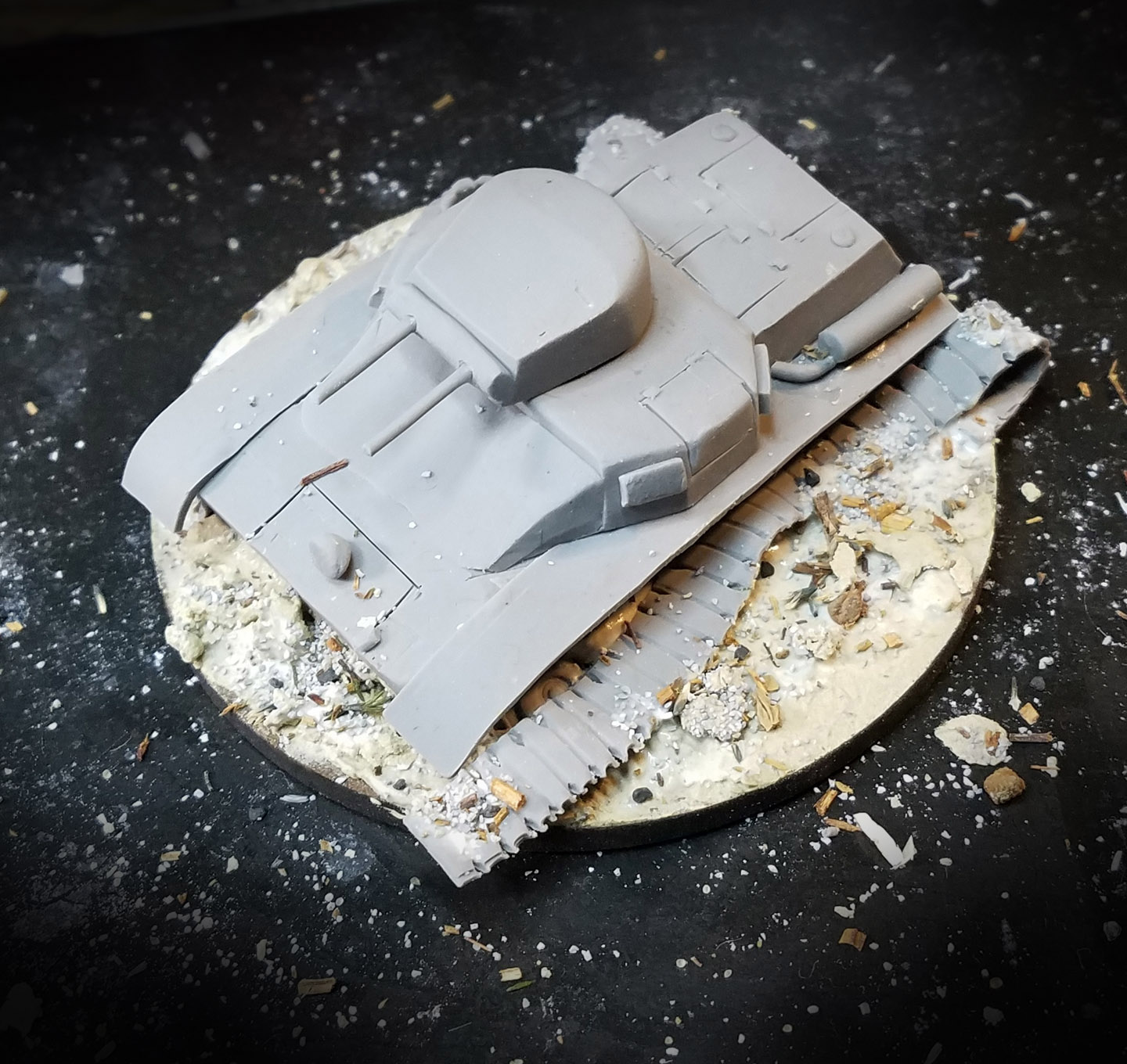 As I have mentioned in previous posts, the Panzerwrecks series of books was very helpful.  There are dozens of them, covering all theatres and eras of the conflict.

It details how each vehicle was destroyed, the weapons involved, and the effects they had on the vehicles. 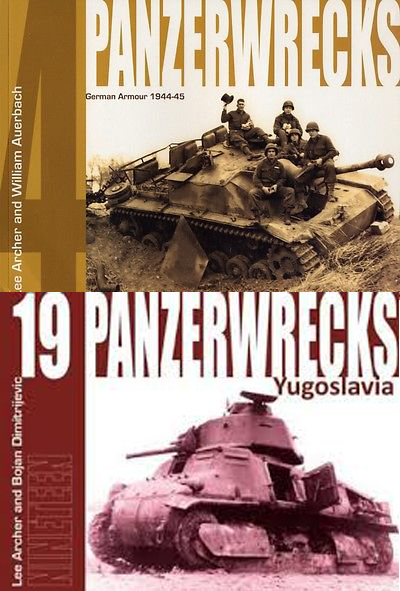 I didn't actually get to use these in the tournament, as specific objective markers were not necessary.  However, I needed them for my own battle reports, and you will soon see them in my own games in the Barabrossa and Ardennes campaigns:

Here is a test video that I recorded using XSplit, which is a new format that I was exploring for the Patron Page.  This is how I will create my new painting videos, which involves a lot less editing!  Instead of dozens of segments that need to be heavily edited with fades, text and images, it is all right there on the screen.

That means that I can do far more video tutorials, on a much greater range of topics!  They are more like the Facebook Live sessions, but more focused since I do not have to greet people and answer questions: