Riders of the East 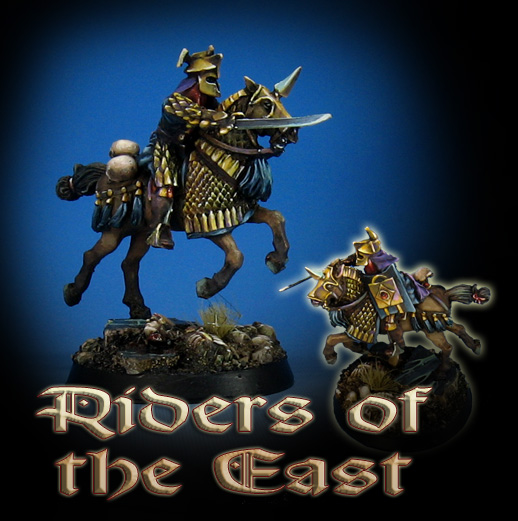 My Easterling/Khandish army was definitely a favorite of all my armies, no matter what the system was.  Not only was it very fast and mobile, with Kataphract cavalry and Khandish chariots, but it hit very hard in combat.

After playing Tomb Kings in another system, I was very forlorn over the post it note fragility of each, and complete lack of killing anything besides the blades of grass they were running over.

Once I started playing Lord of the Rings, I eventually realized that cavalry could do some serious harm, especially on the charge, and chariots could do even more!

Even better, a random stiff breeze didn't kill them!!  On the cavalry side, you had to roll to see if you hit the horse or the rider.  That kind of additional survivability made them more than appealing.

Chariots on the charge could work over multiple infantry at once, which is how I had expected many hundreds of pounds of horse, wood and humans moving at high velocity should be able to do.  That kind of speed was also more useful in LOTR, because individual combat was important, but offering potential support to an ongoing infantry fight from a flank was devastating.