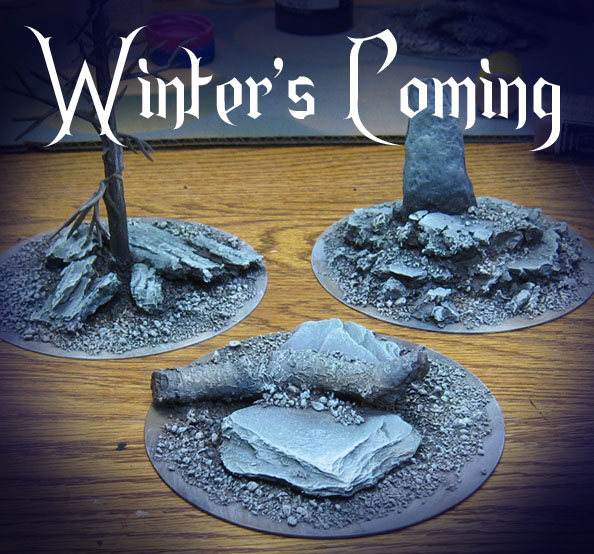 Following up on the earlier terrain posts, I have a few images here showing some paint being applied to those particular pieces.  I'm starting out with a neutral gray. 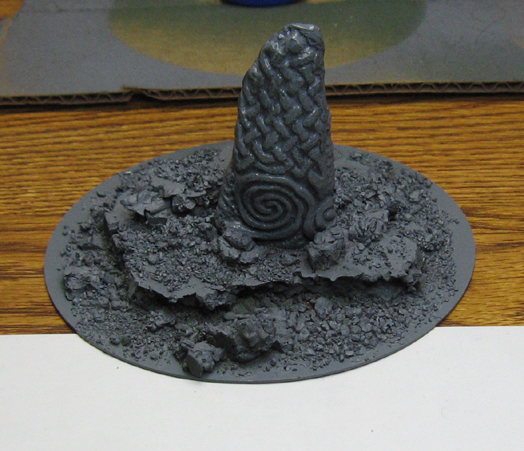 This is actually a combination of craft paint and primer.  Both of those mediums have great 'flow', especially on rougher, more absorbent surfaces such as these. 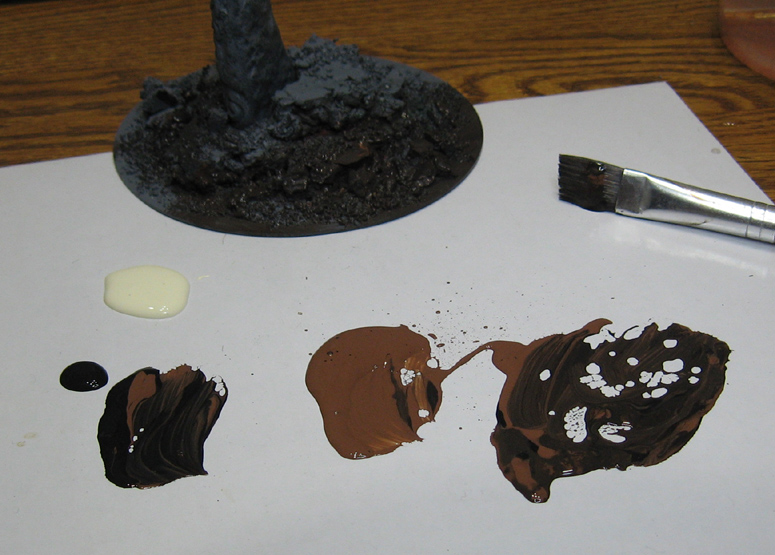 Since I will be putting the snow over the top of this, I want to make sure that there are enough "warm" colors beneath that snow. 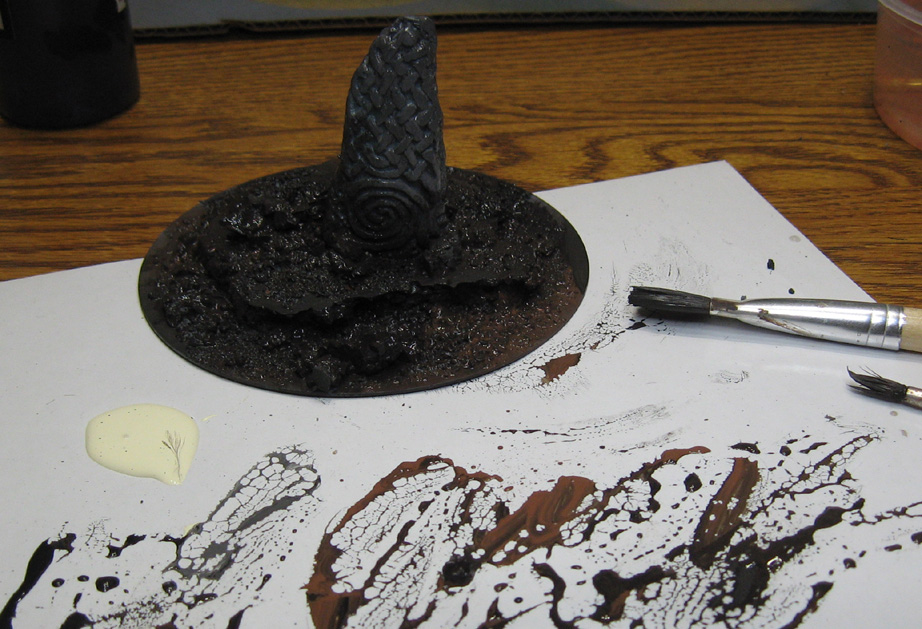 Plenty of that brown is included in the mixtures, particularly when I'm painting the soil/dirt sections. 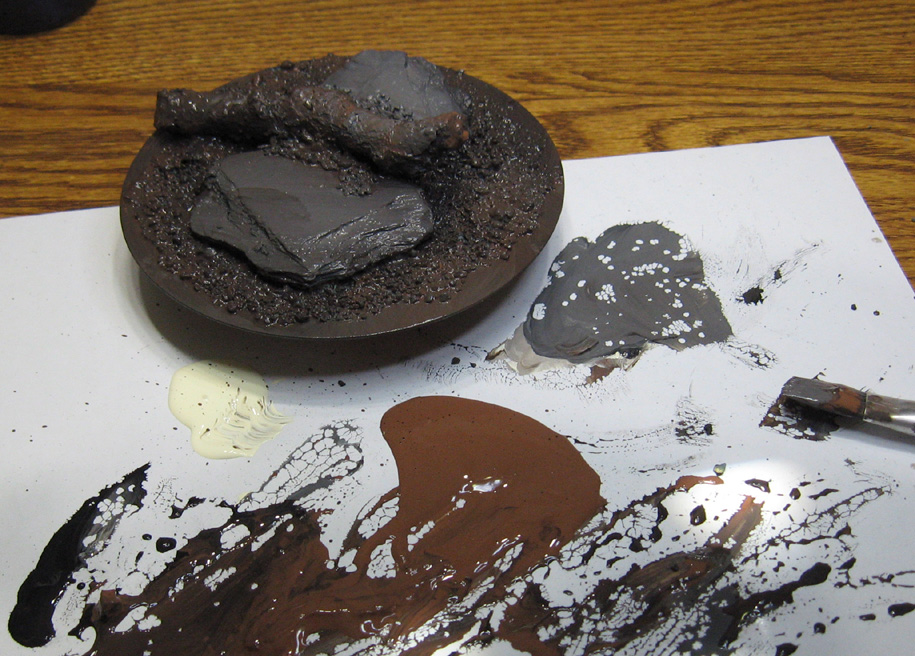 You can see that the gray in this image looks a bit red.  That's because I never cleaned out my brush, so a tiny bit of the brown is also being mixed in.  This means that the gray is a bit warmer by default. 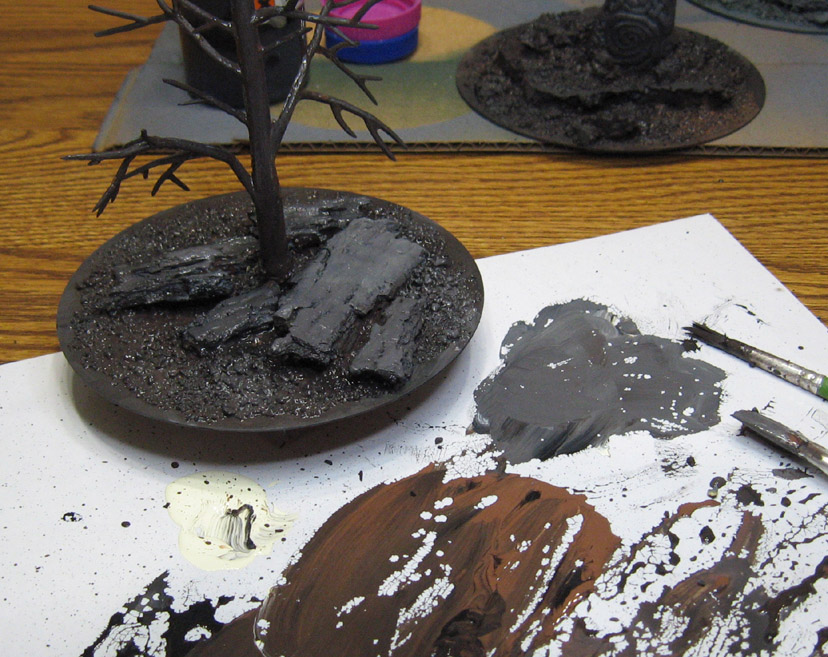 Back to the standing stone, and some lighter grays. 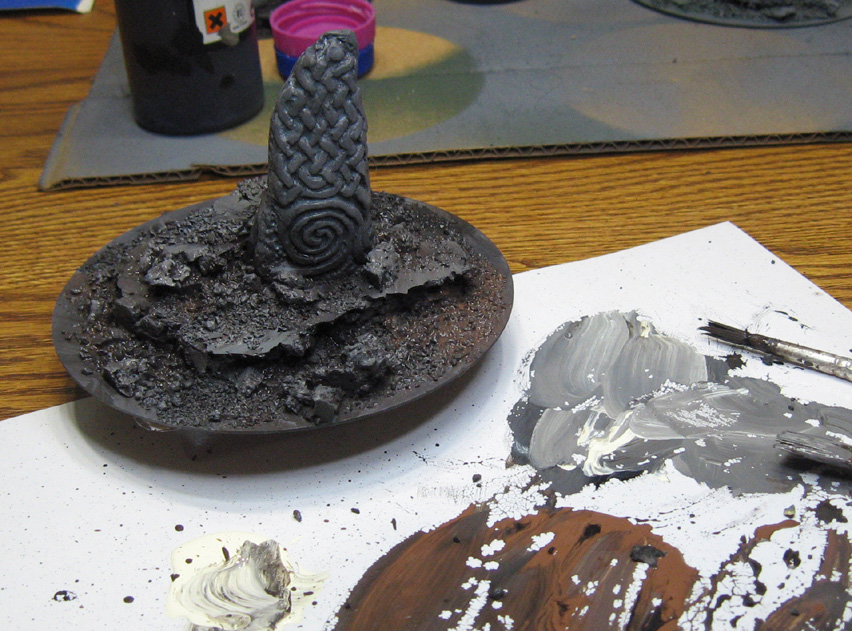 I added a little bit of yellowish brown for a few touches on the dirt sections, as I wanted a little more color variation. 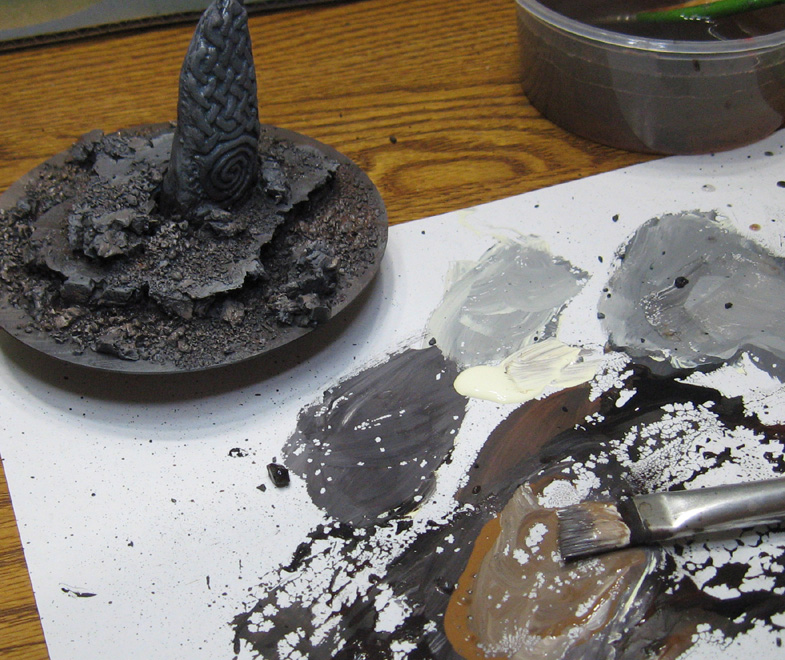 You can see that the gray also gets affected by the addition of that yellow ochre color. 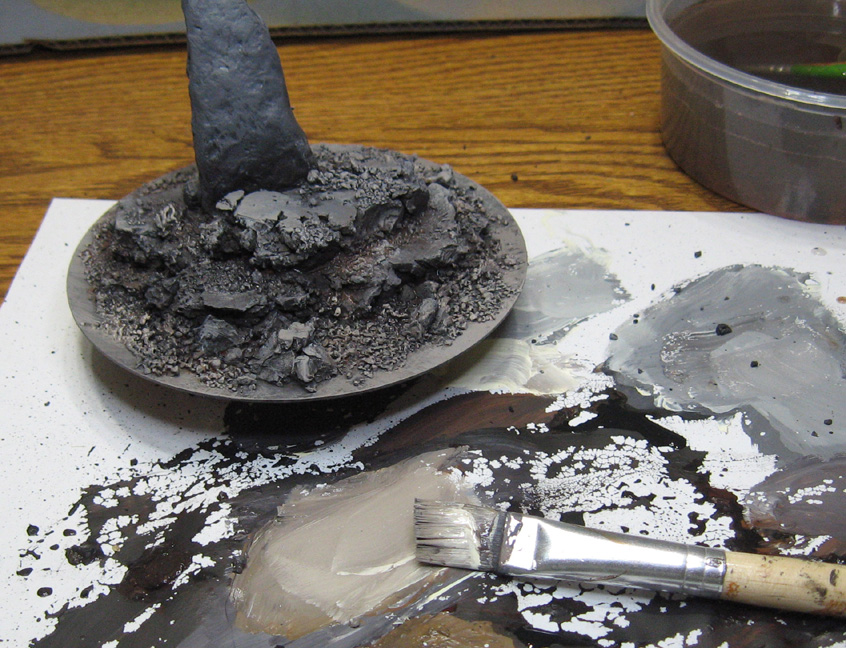 It really worked well for some lighter shades on the fallen tree. 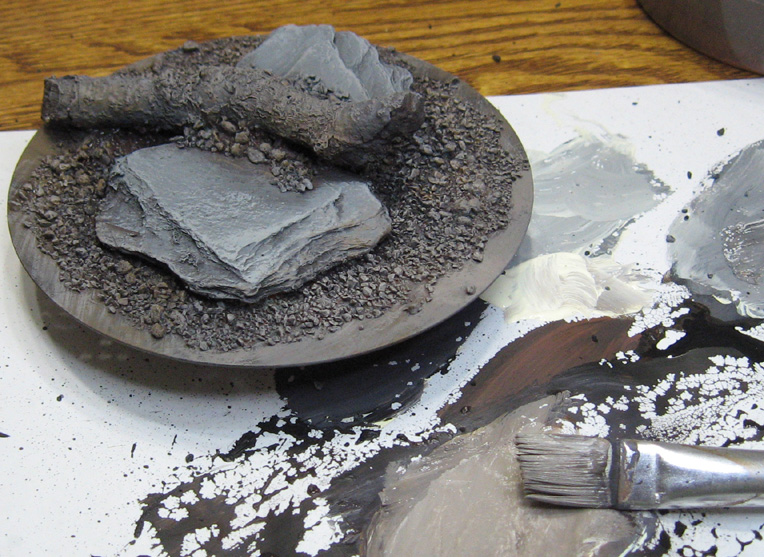 The rocks on the standing stone are really "standing out" now! 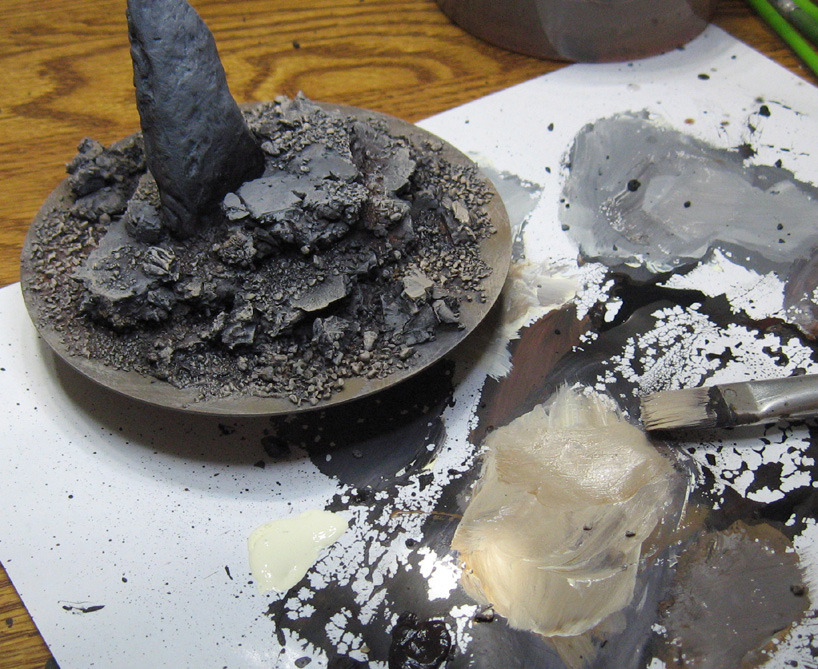 The same light color is worked into all three terrain pieces. 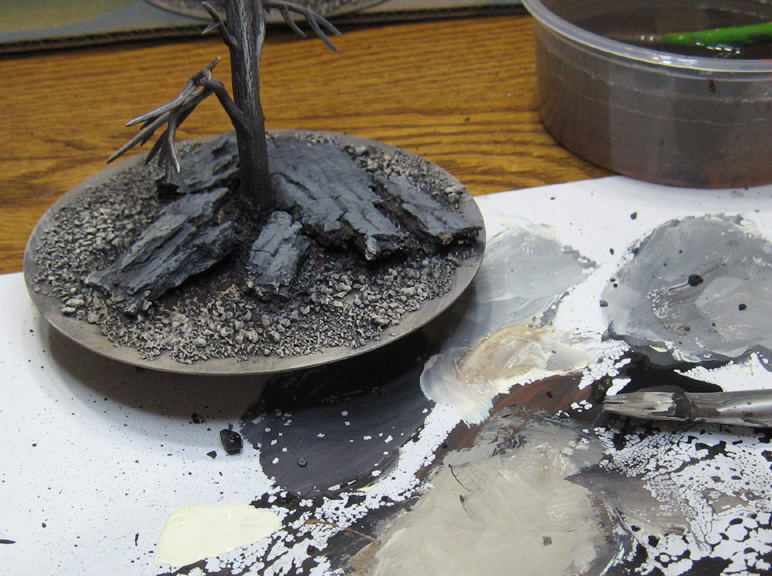 I went lighter still for some more contrast on the standing stone piece. 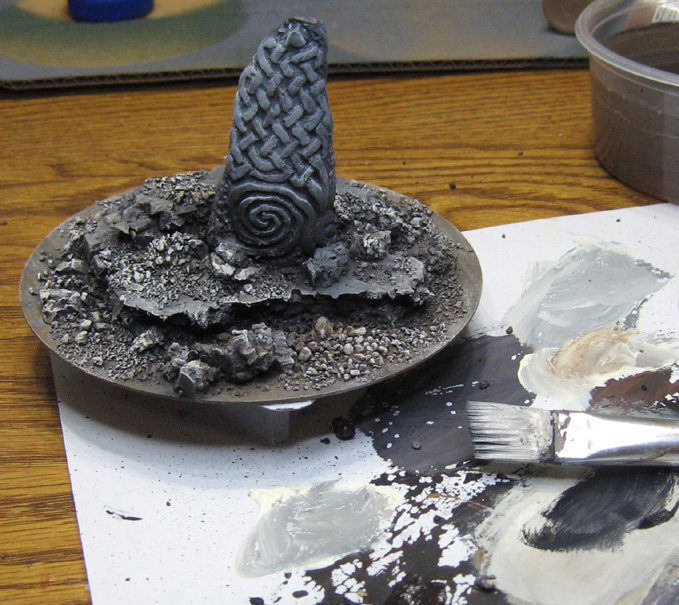 I have been adding seafoam green to all of my miniatures over the last few years, and even more so on my bases and terrain pieces.  That is introduced now to provide a little more color interest. 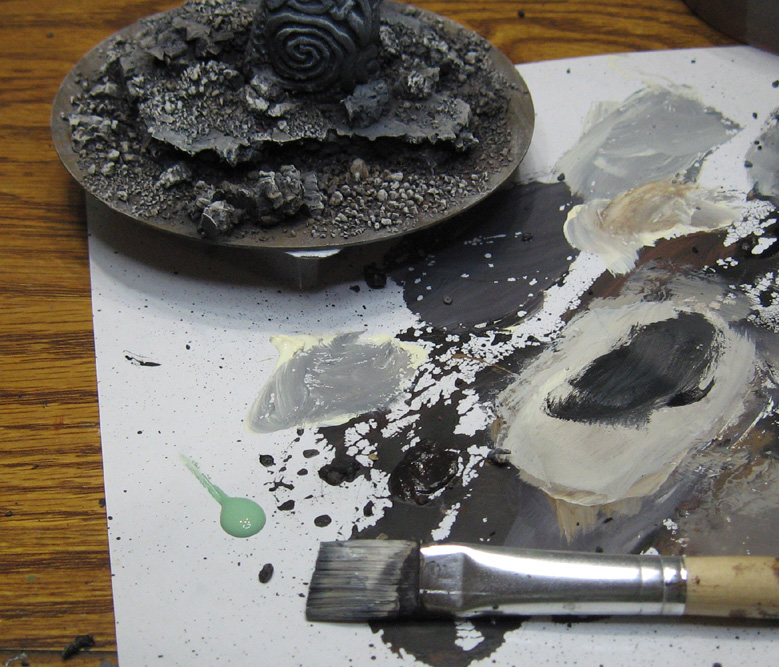 This green would ordinarily be considered a 'cooler' color, but it has enough yellow in it to almost make it seem like fine moss growing on the rock surface. 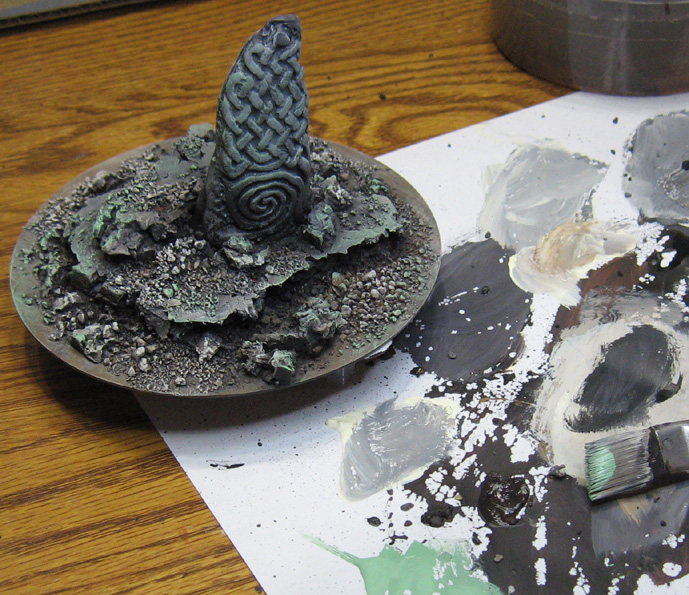 Just a bit of that seafoam green provides a touch of color, instead of the usual dead gray. 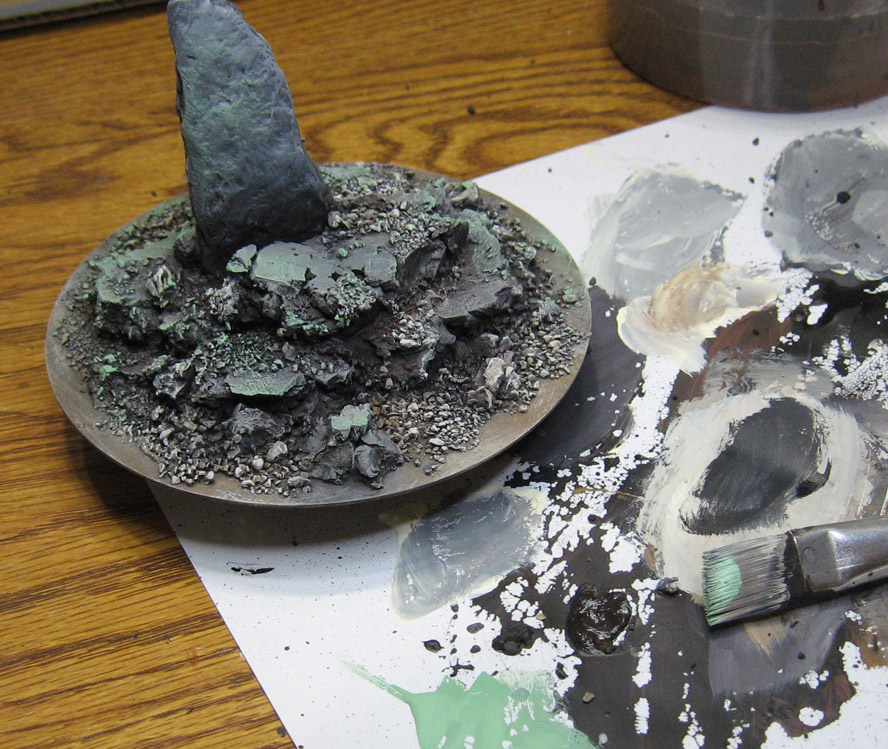 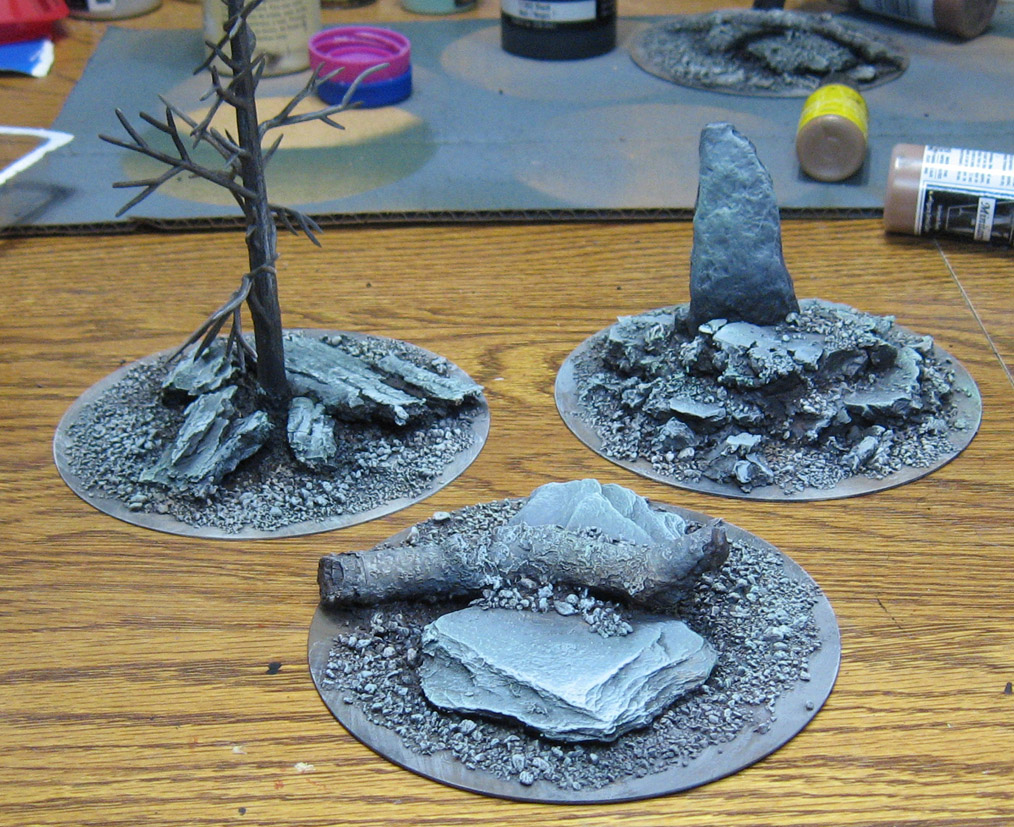 The view from above.  I think you can still see the hints of yellow, reddish brown, and that slightly contrasting seafoam green.

Next up, step on of the snow!  Stay tuned. 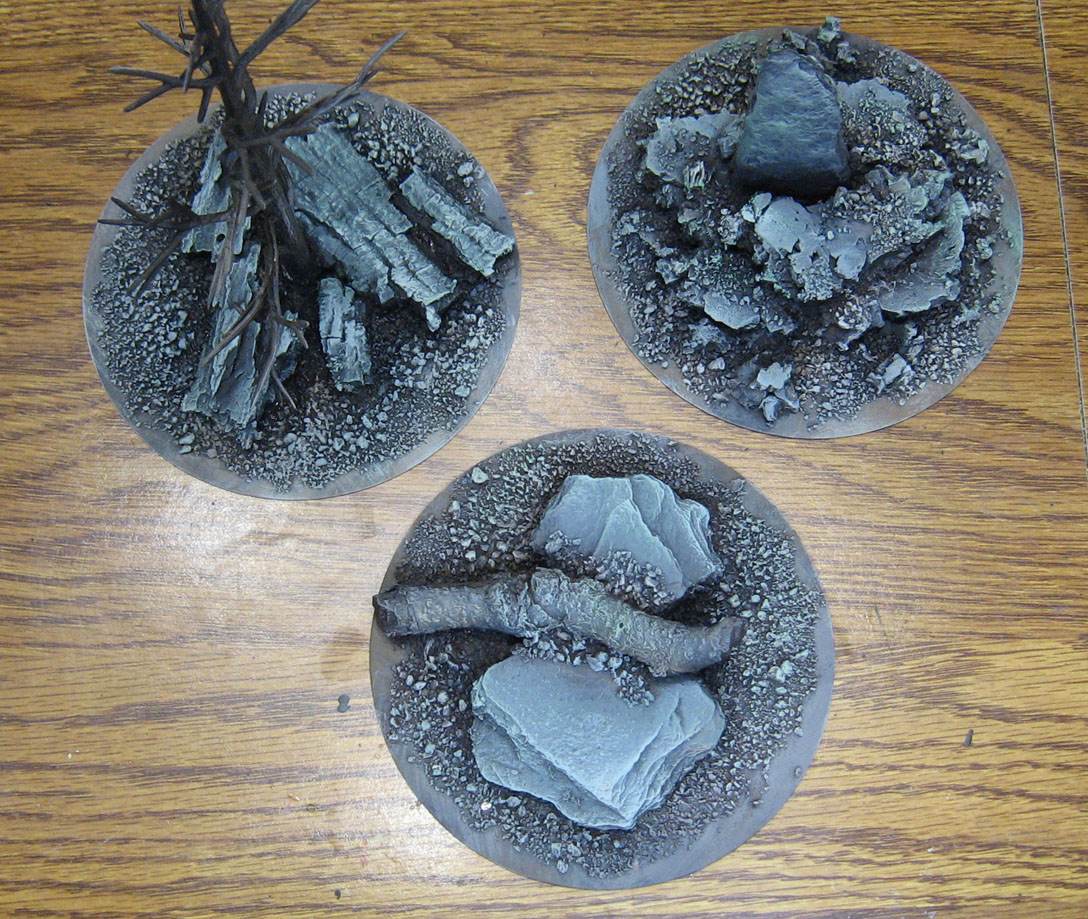 Posted by wappellious at 2:44 PM No comments: 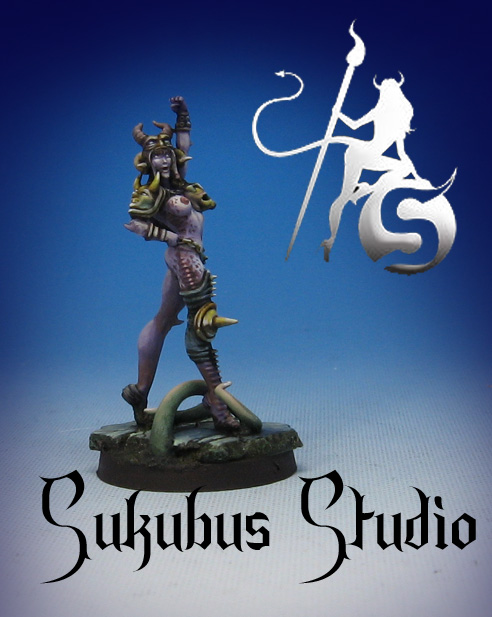 Each of the figures is a unique pose, with no repeats! A variety of blitzers, runners and even throwers are available. 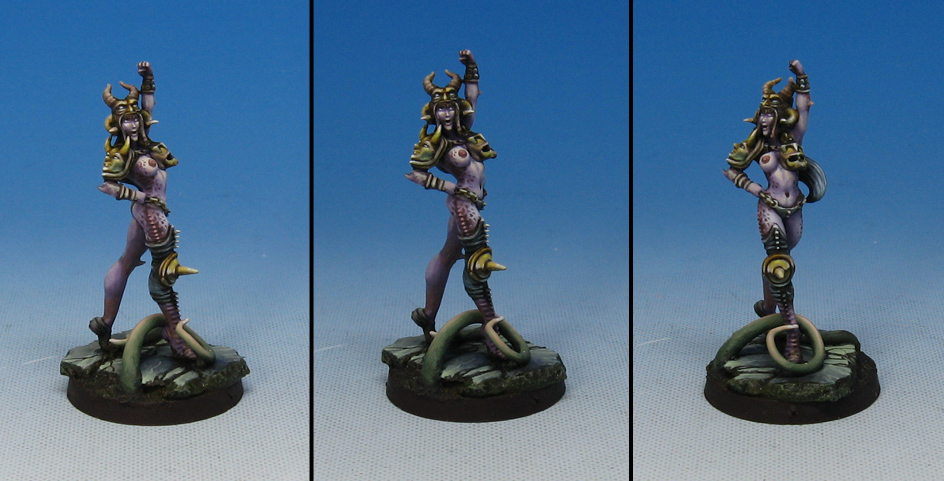 There is also a coaching staff, and even some cheerleaders! 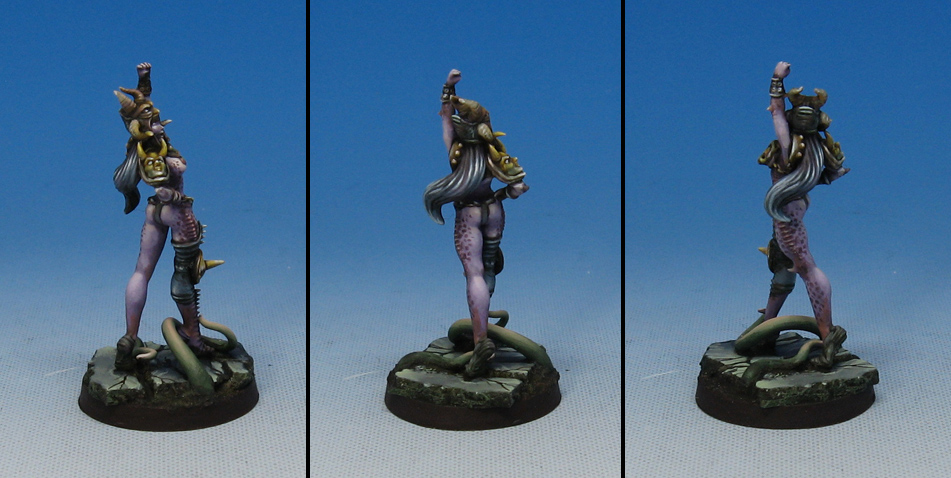 Here's a link to their facebook page, where you can see more information on this team, as well as the recently completed Norse team kickstarter: 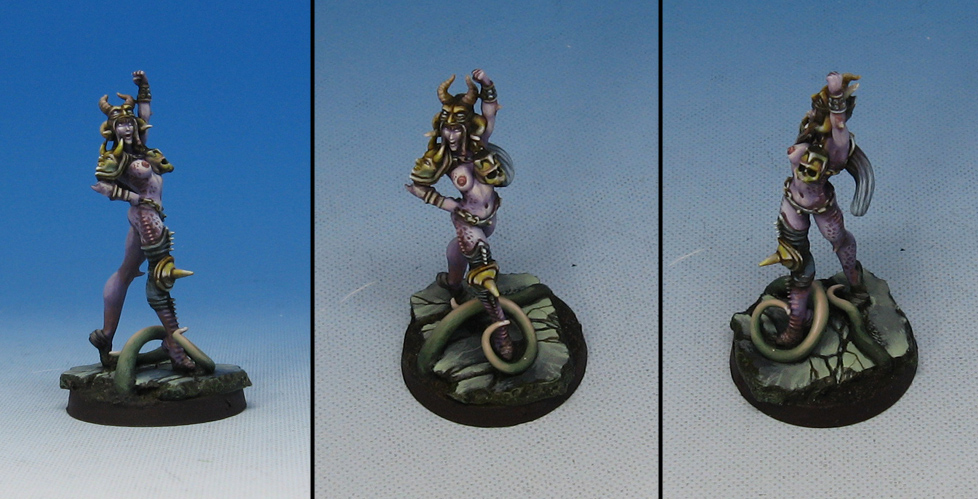 Posted by wappellious at 4:21 AM No comments: