Adjusting on the fly 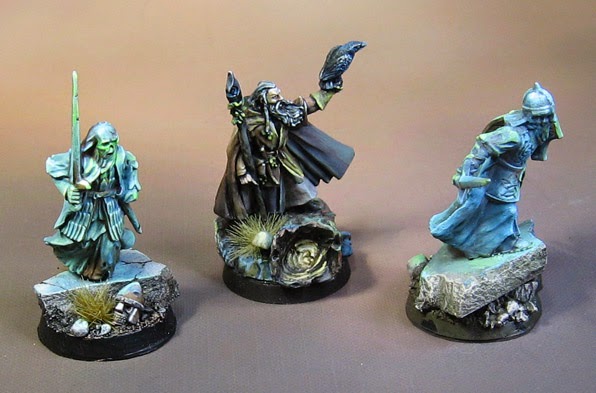 As I show the images of the other unit of Elves, I will bring in a few links to battle reports where Rich and I play tested the army for Bilbo's Bash tournament. 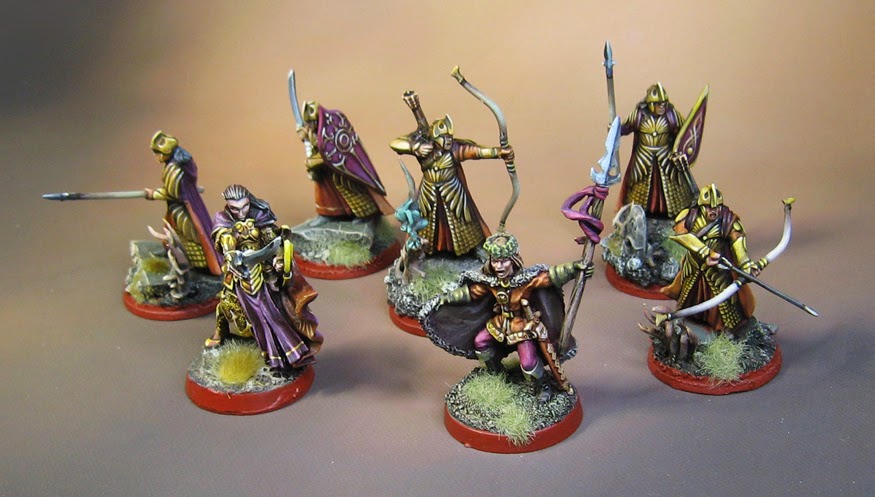 In this unit, I used a few Reaper figures for characters such as the Stormcaller and the captain. 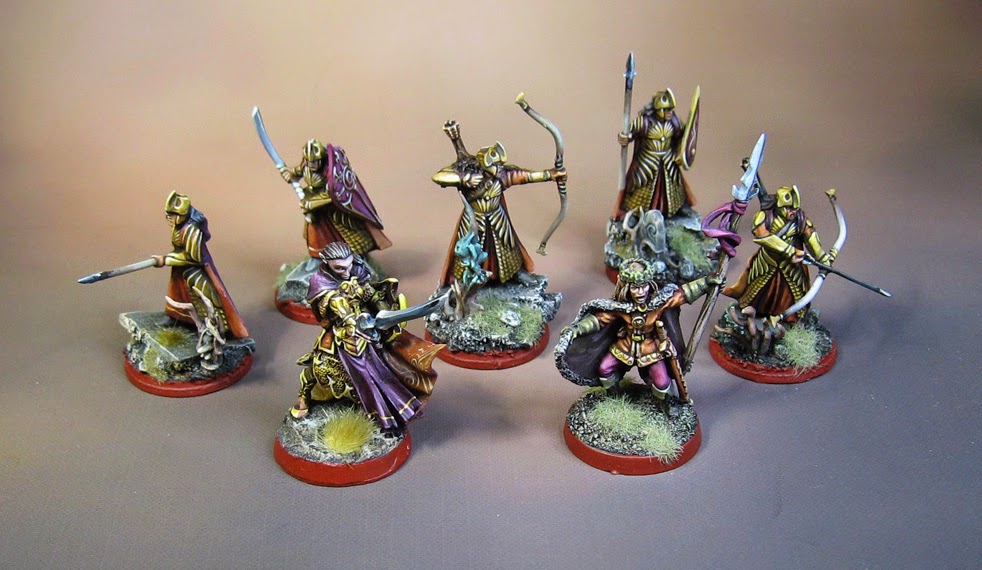 The army ended up being mostly infanty, with less cavalry than the original build. 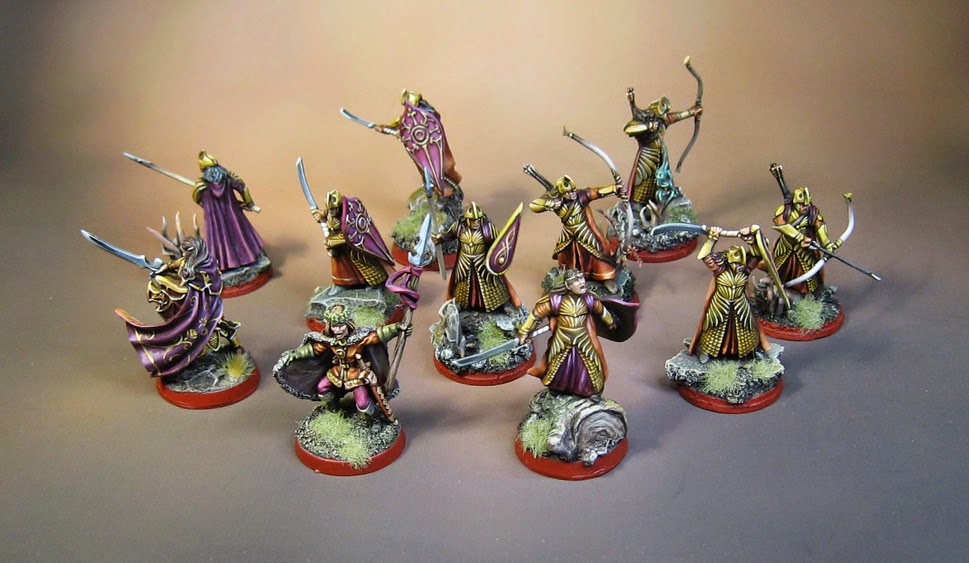 Plus, I was having a lot of fun painting the Army of the Dead minis! 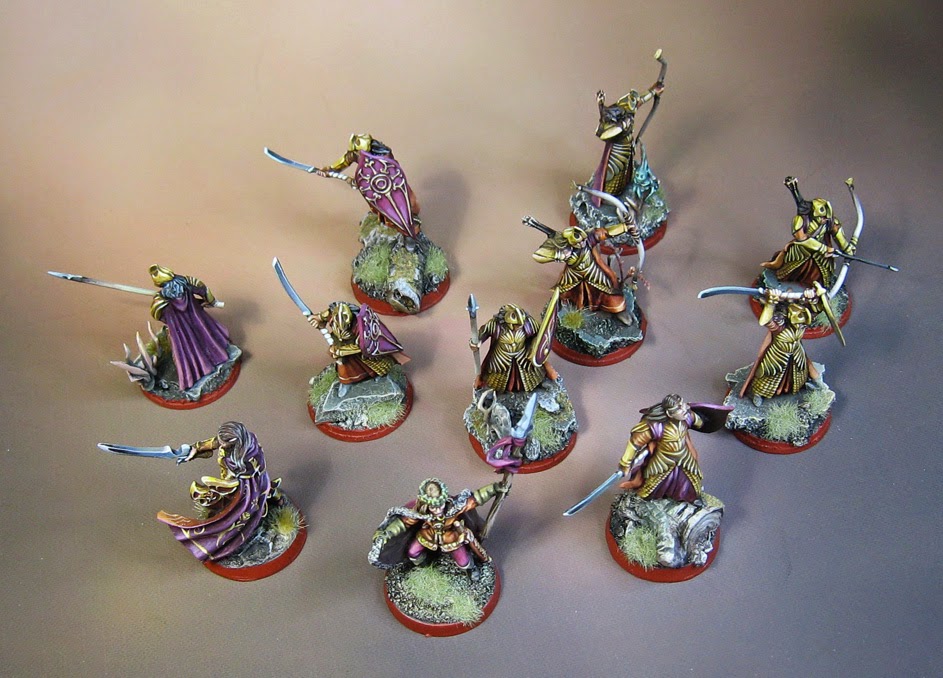 I think the original list even had Radaghast the Brown.  I know I was including him in the regular army that Rich and I used in our games all the time.  He hated that guy :-) 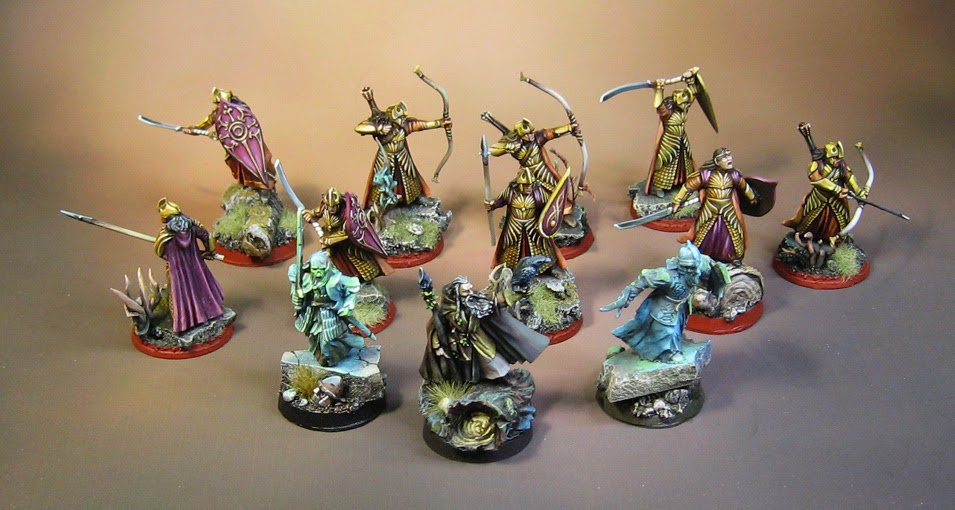 However, the Army of the Dead would just not work as we play tested it.  While the defense value was high, the fight skill was too low.  Even the terror factor could be easily overcome.  The original intent for them was not meeting practical results.

I think this was the last time they were included in a test battle: 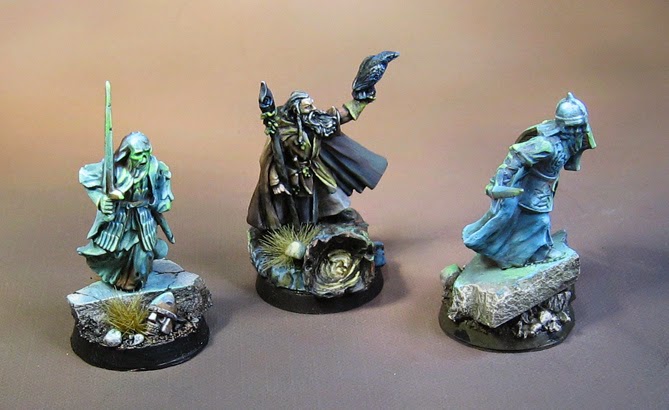 This battle shows something much closer to the final list.  Gwahir was added in place of the AOD, since the enhanced power, speed and fight skill worked with the offensive style of the elves.  Lots of movement, hitting from behind and above, and so on. 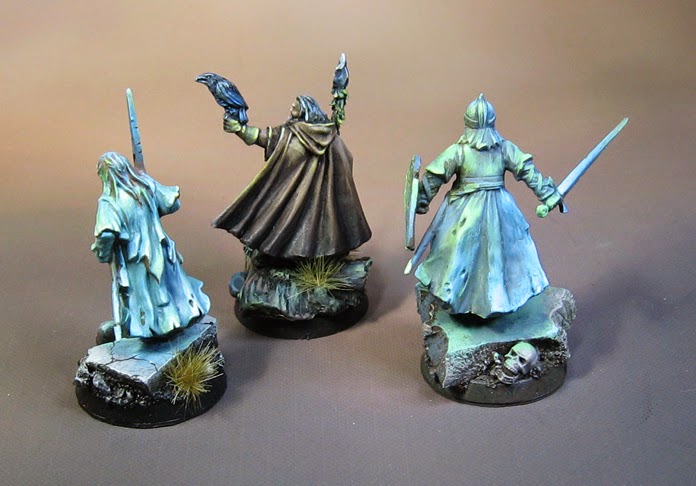 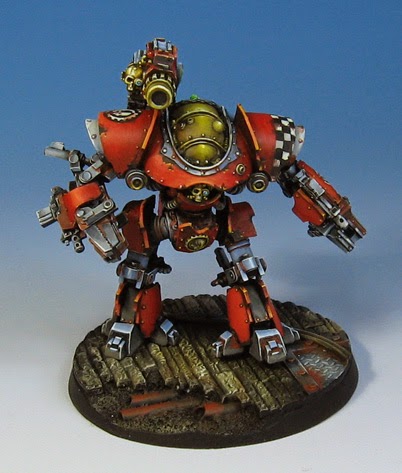 Now for some images of the second Castellax!

As I mentioned with the first one, these are certainly a different type of Imperial unit to paint.

After painting all the 'current universe' dreadnoughts, these rounder, more organic Castellax seem like they belong somewhere else :-)

Another one on the way soon!

Posted by wappellious at 12:23 AM No comments: