Give that dog a bone! 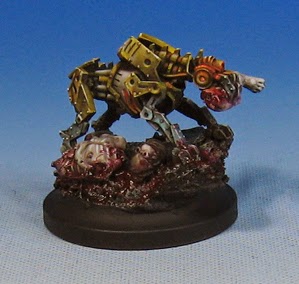 The K9 unit for the Lawmen now has another puppy!

From Wild West Exodus we have another one of the cc-K9 miniatures.  He will join the Copelie Sisters with Hercules to hunt down those pesky evil doers!

I used a few of the Secret Weapon body parts to show that he has successfully made an 'arrest' :-)

It's been a while since I have been able to do all the blood and guts stuff.  Almost had to watch my Bloody Mess video as a reminder!

I now have some complete group shots coming of the dogs and the ladies!  Stay tuned...

Posted by wappellious at 1:27 PM 2 comments:

Enough with the horn already! In the hours prior to a recent Screaming Heretic Podcast, Joe and I decided to create a quick base for his giant Forgeworld Greater Demon.

We took a few items that he thought might be fun off the shelves, and set down to work! 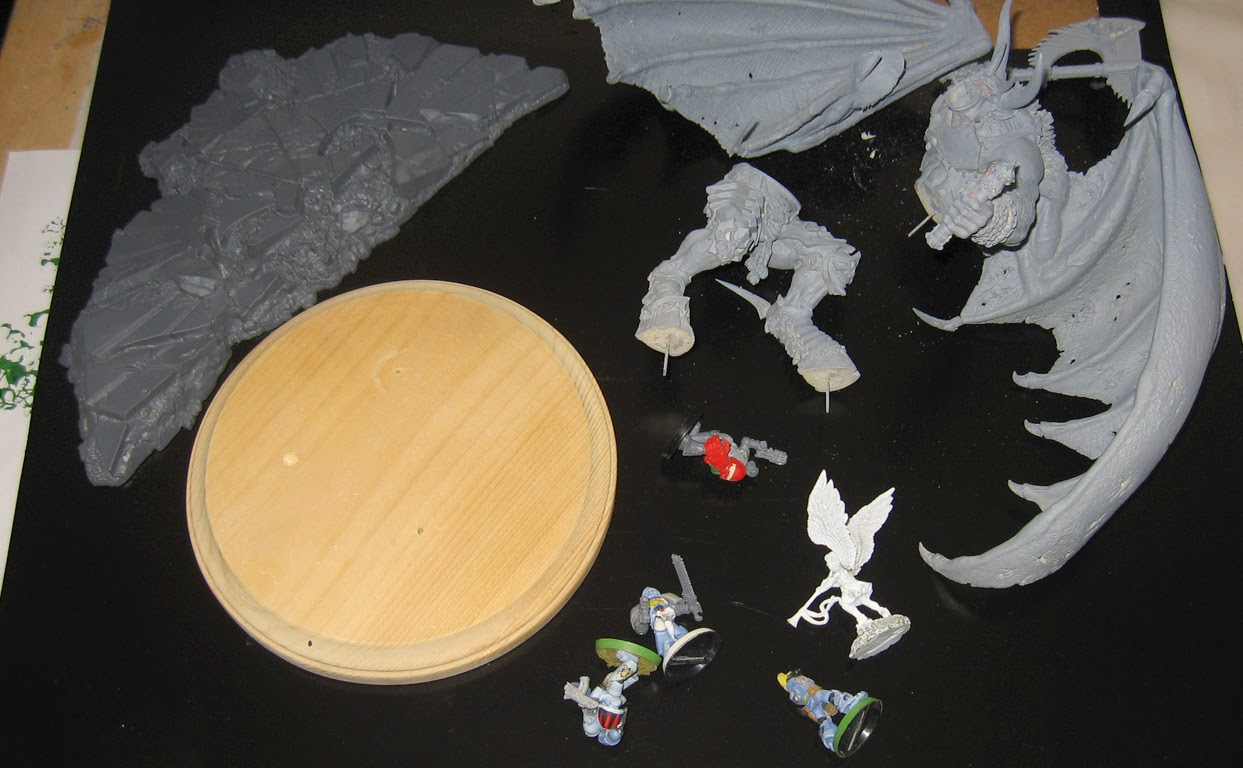 Out came the razor saw, and the cutting began!  I needed to get as much of that Imperial Aquilla onto the plaque as possible to make a solid platform for the demon. 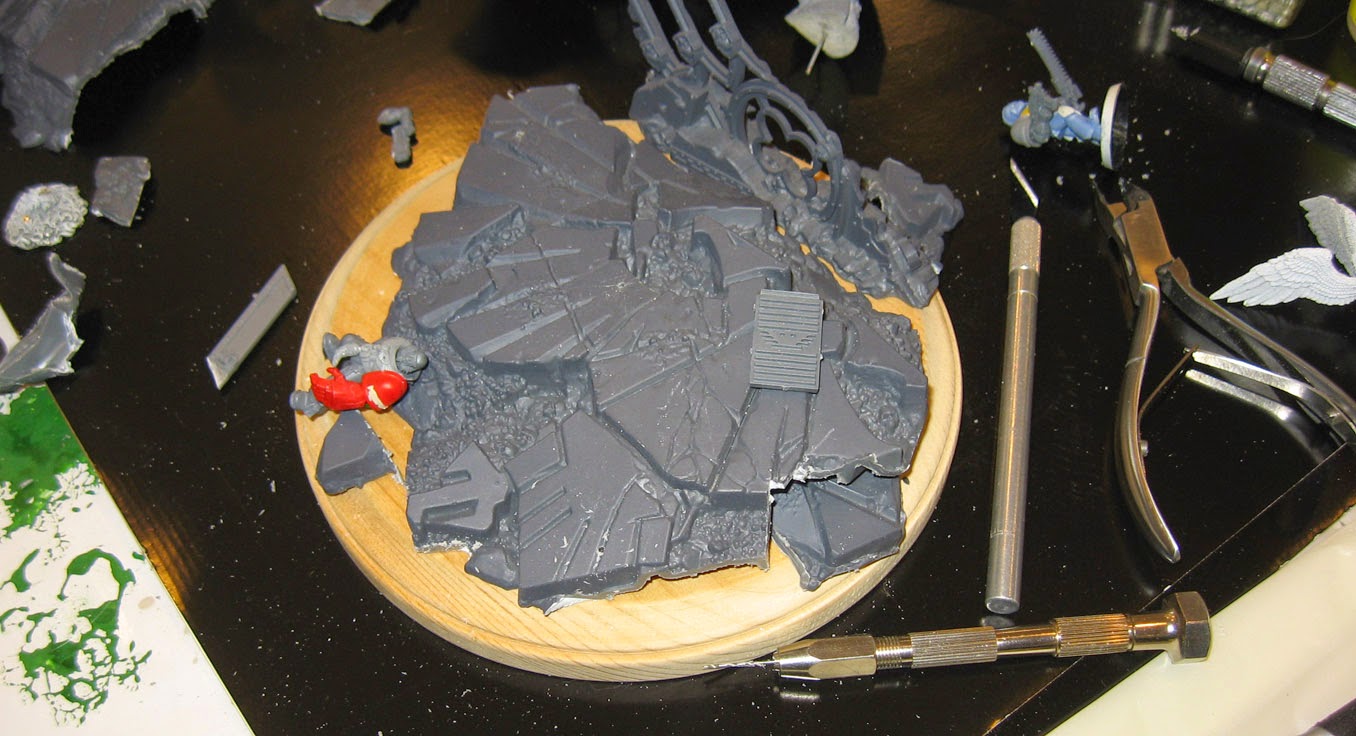 With the pieces cut, I used a combination of super glue and Elmer's glue to secure it to the plaque. 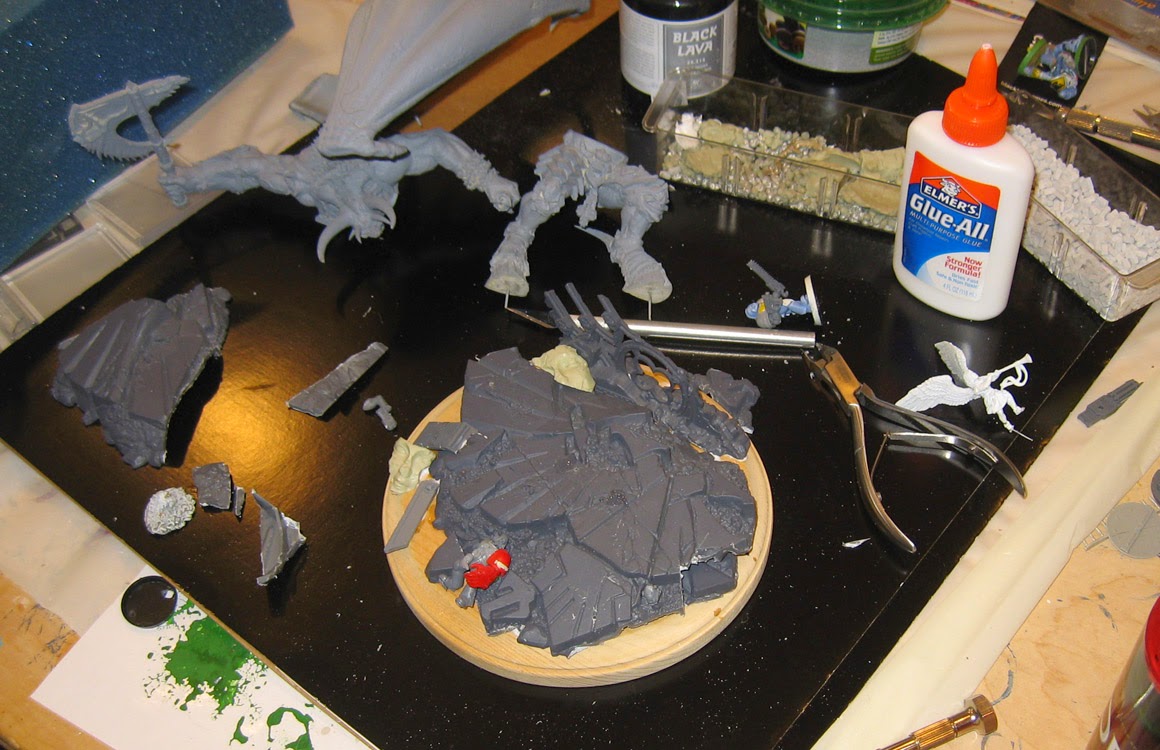 There are some substantial gaps to fill here, and the Black Lava paste should do the trick.  It will act as a mortar between the various pieces.  I will also be able to set in the bricks, skulls, and other items as it dries. 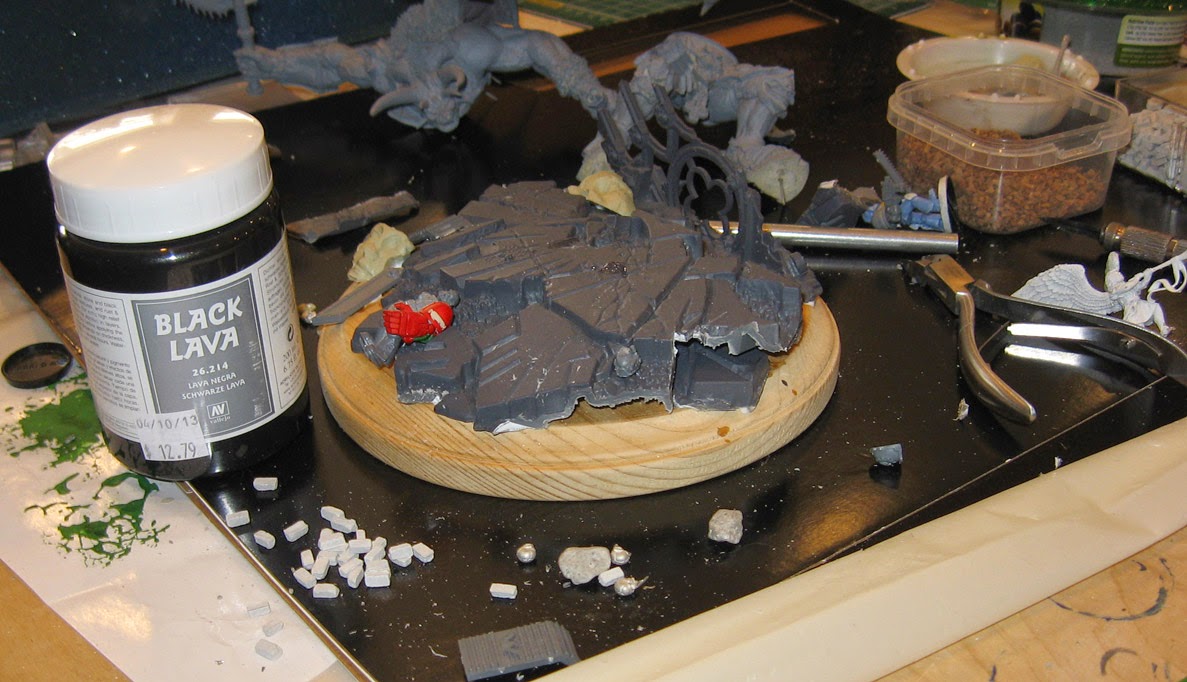 To establish the 'duel' effect, I had to reposition the two figures many times... ironically each one had to be going "uphill" to make it work. 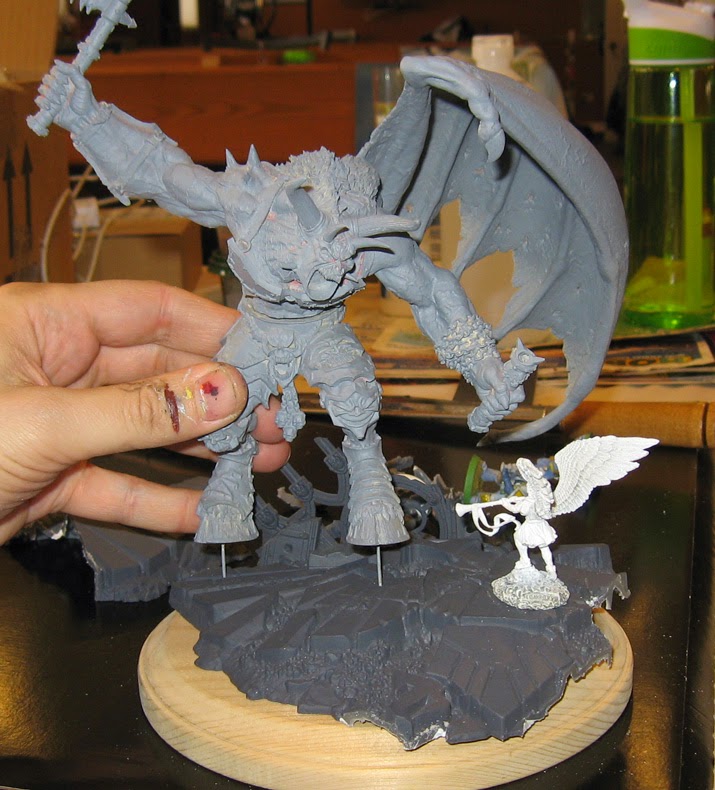 Not only does the Black Lava paste fill in gaps, it also matches some of the texture of the original plastic pieces. 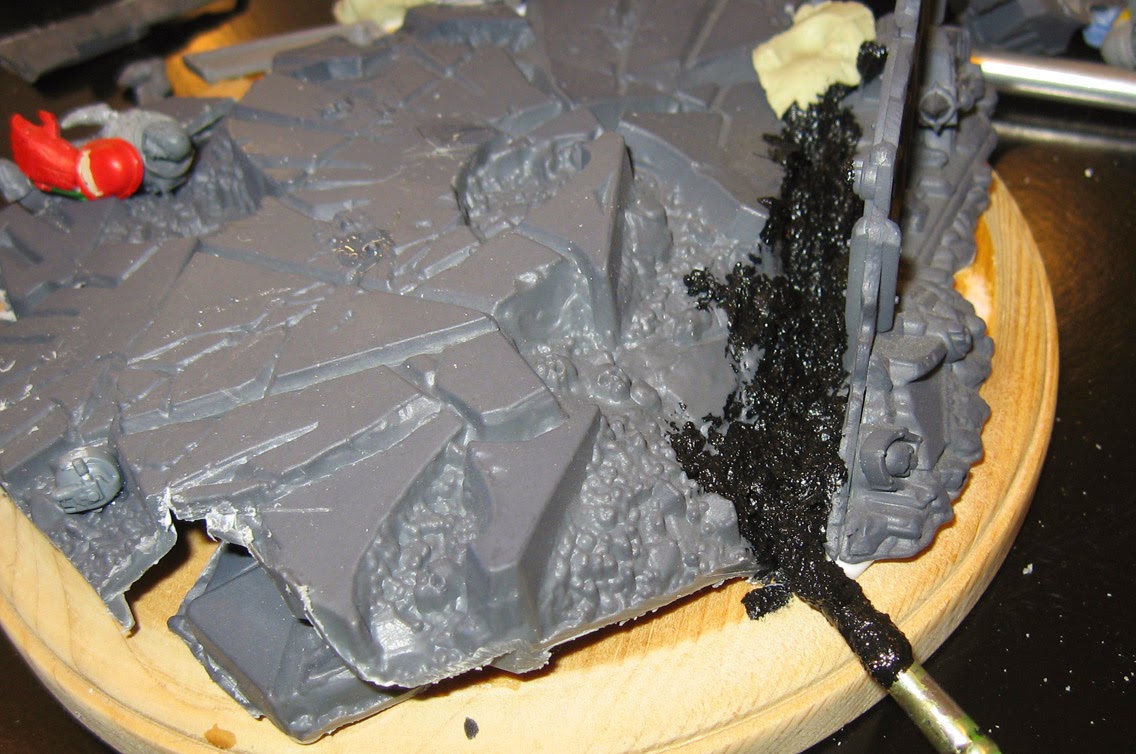 Here you see some of those items set into the paste... bricks, skulls, rocks and gravel. 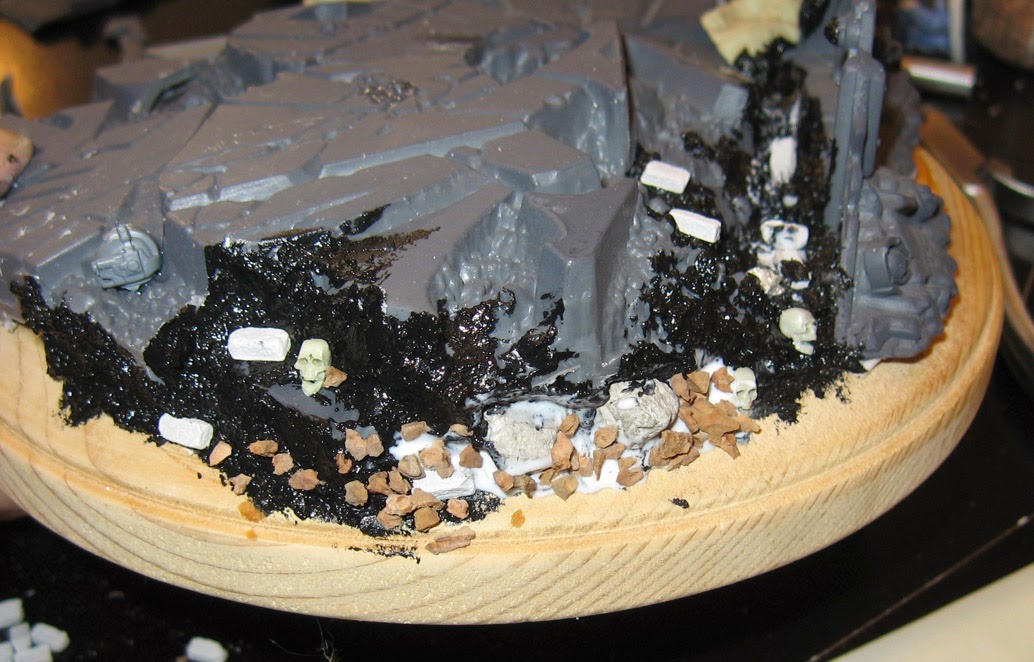 Now it's just a matter of working my way around the whole base. 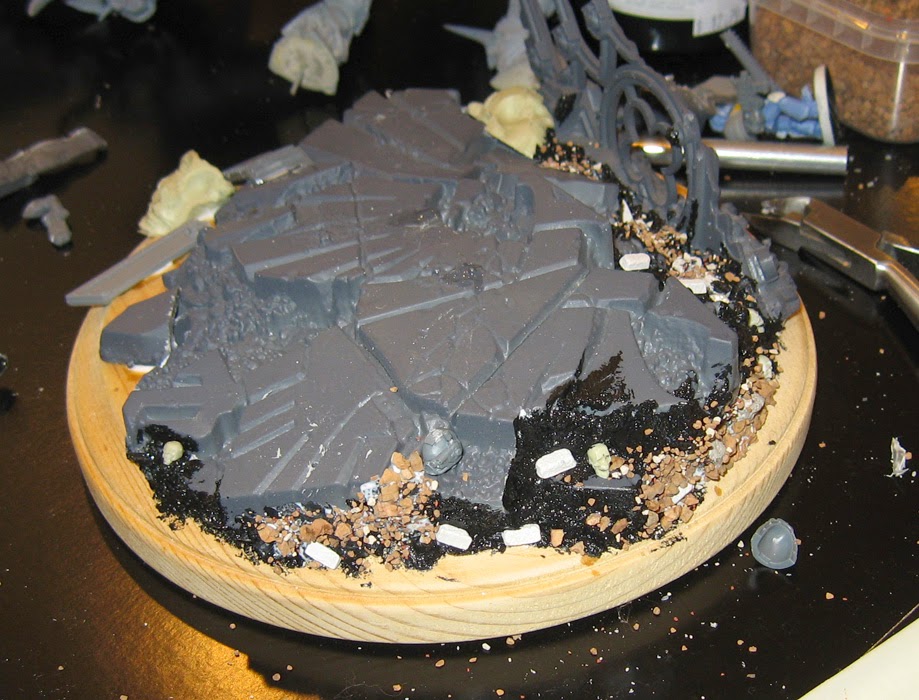 I added a few extra things, such as statue pieces and Storm Raven landing gear. 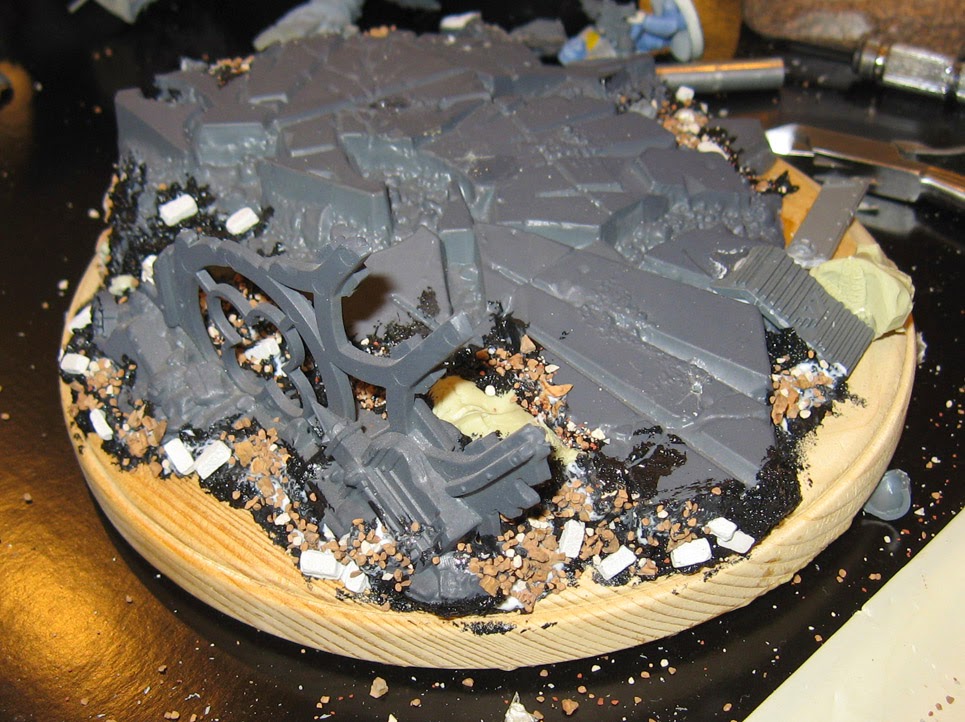 The angles were set, and holes were drilled... 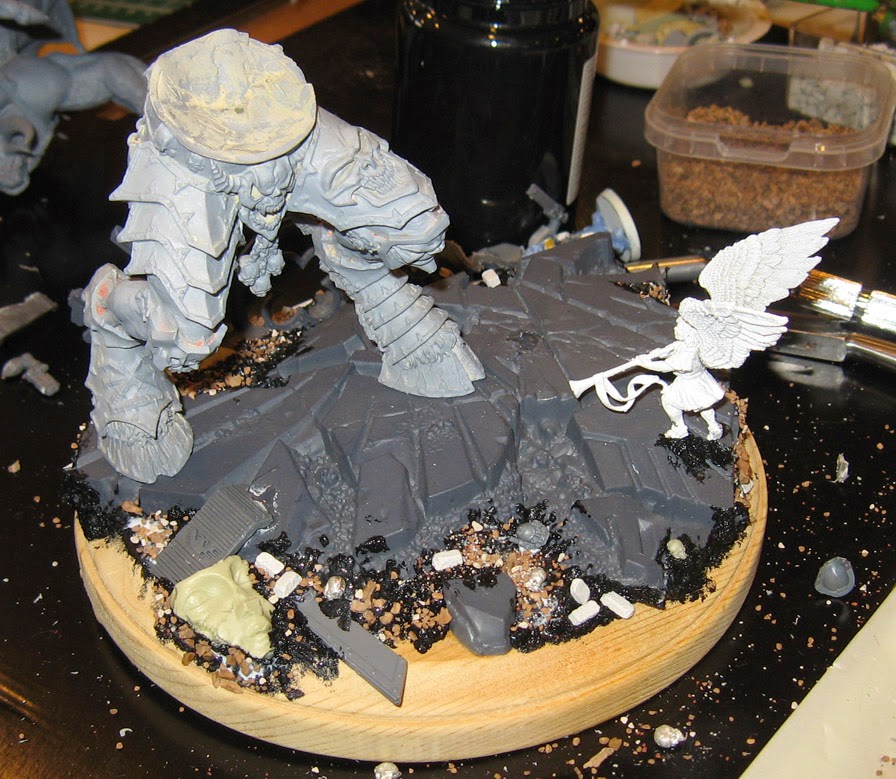 To complete the triangle, so to speak, a casualty was added.  Who doesn't love chopping up space marines?! 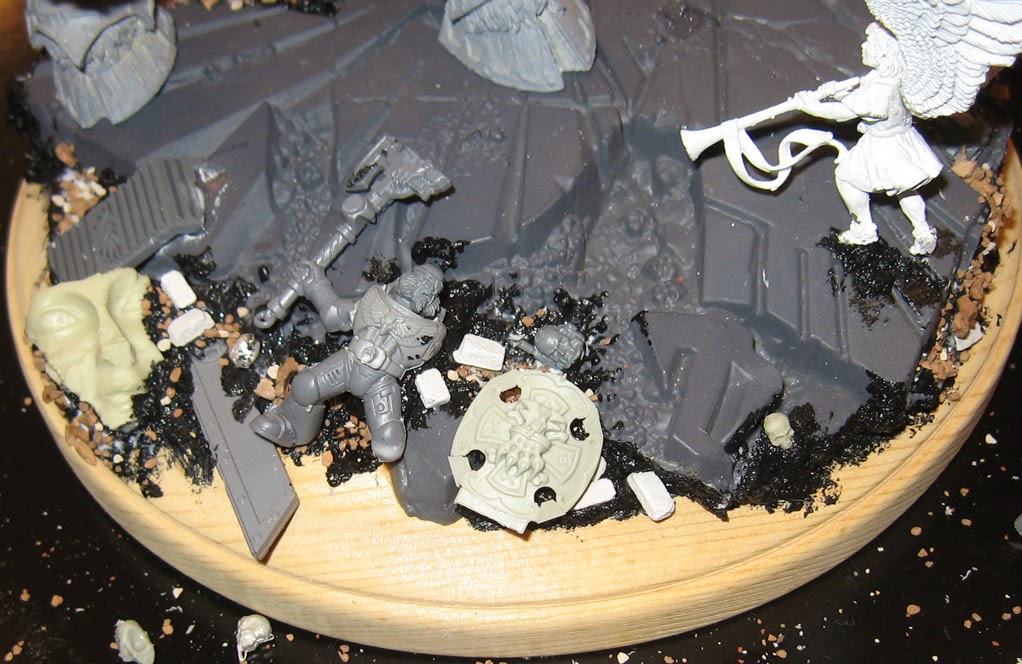 The size and angle of the original Aquilla pieces were just right to set down the marine figure to make him look as if he were sprawled out across it... 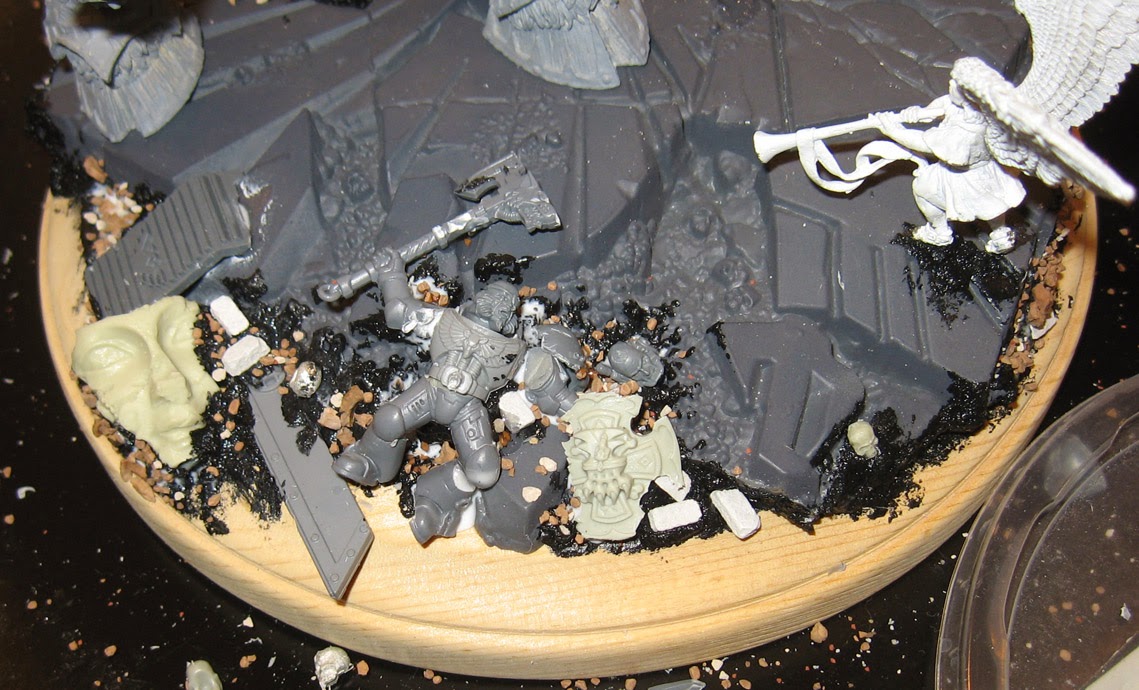 Things are not looking great for angel boy! 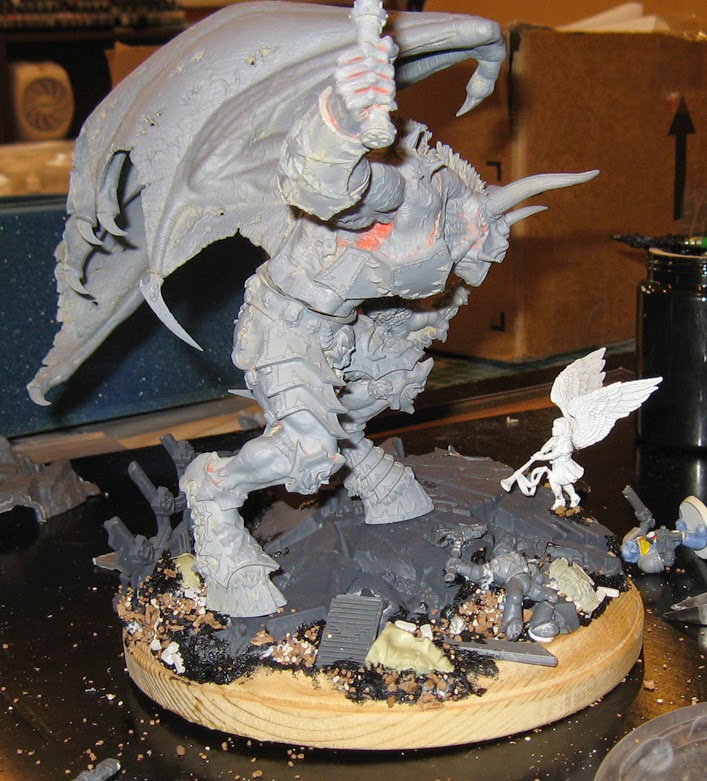 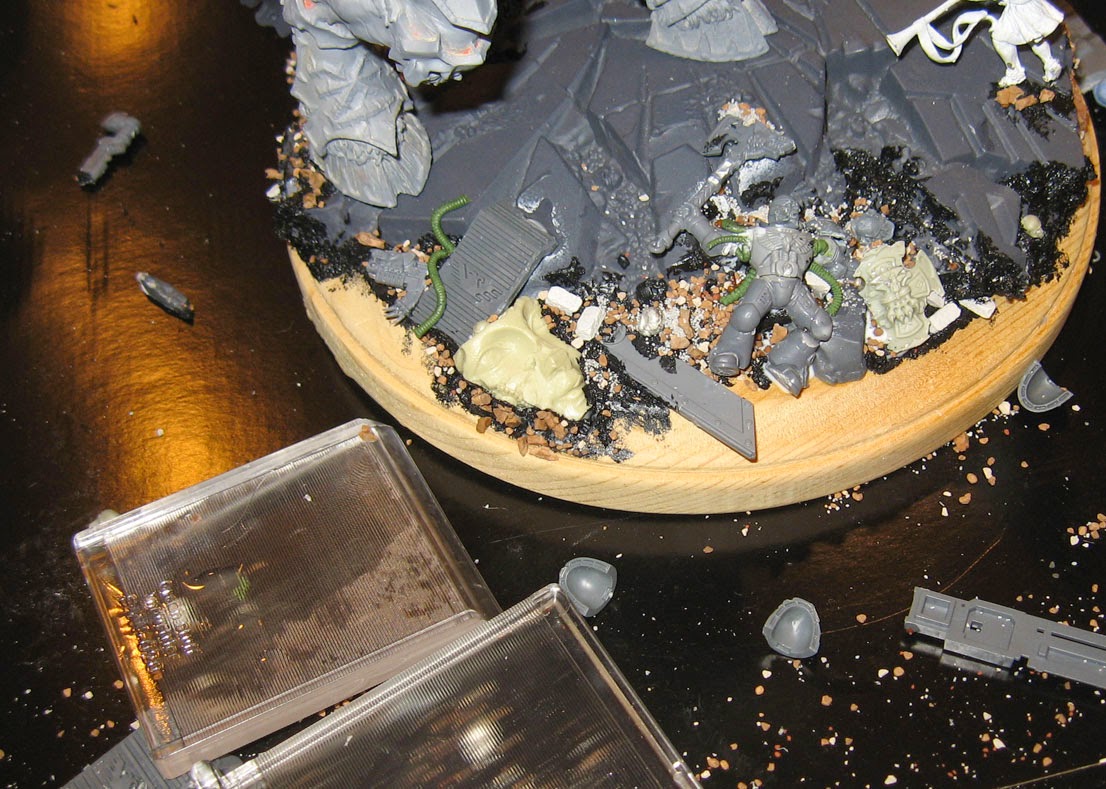 OK, so the three main characters are set.  This was set aside to cure... patiently awaiting some paint! 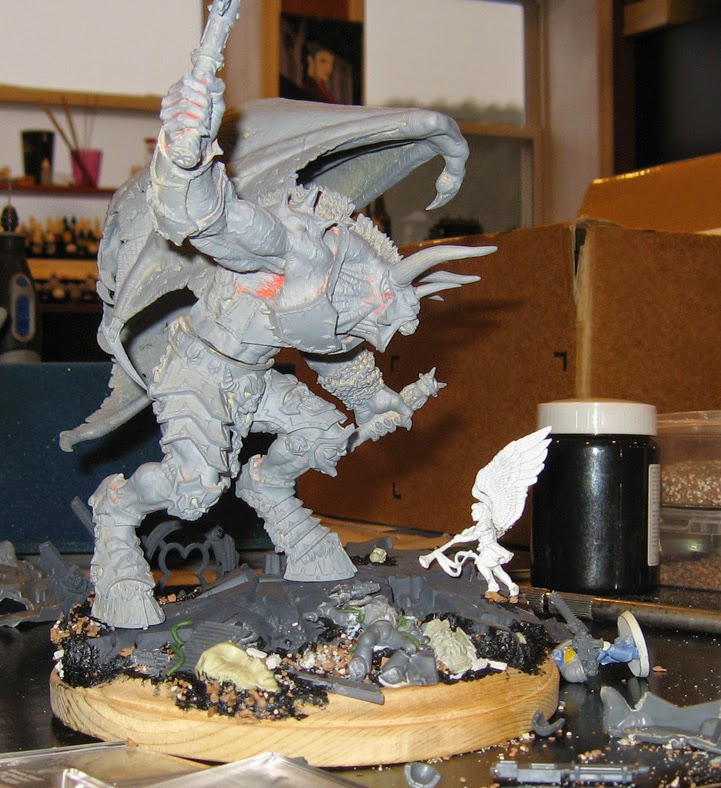 Posted by wappellious at 1:10 AM 6 comments: