Mordor is stirring... and my spidey sense is tingling! First of all, a huge THANK YOU to all the viewers of this blog!

In just over 10 months, there have been over 400,000 page views.  Wow!!!  Many thanks to all of you who participate by leaving comments and such.  Those are much appreciated, especially when it is 5 AM, the alarm will be going off in 3 hours, and I am working on that last blog post. :-)

OK, back to the topic at hand.  You guys want to see hobby stuff!

To get away from my Lord of the Rings 600 point tournament armies, and back into our more informal games, I thought it would be best to create a whole new army.  Our typical game is 1000 points.  Yes, I will be adding to my elves (more eagles) and to my Axles of Evil (more chariots), but I wanted to do something completely unrelated to them.

I just got the Mordor source book and a box of Morgul knights with a prize coupon, so it was time to create!

I have been given the Battle for Skull Pass boxed set to create the Civil War Dwarves, and was left over with all the goblin stuff.  Rich had cleverly used a few of the spider riders as an add on to his usual orc army.

I knew I didn't want any orcs in my force, so I thought of a few ringwraiths with various powers.  One of which will be the Shadow Lord on a Fellbeast, which had also bee around for almost 10 years.  Add the Dark Lord himself, a batch of spiders along with the spider queen and BAM, big time Mordor army. 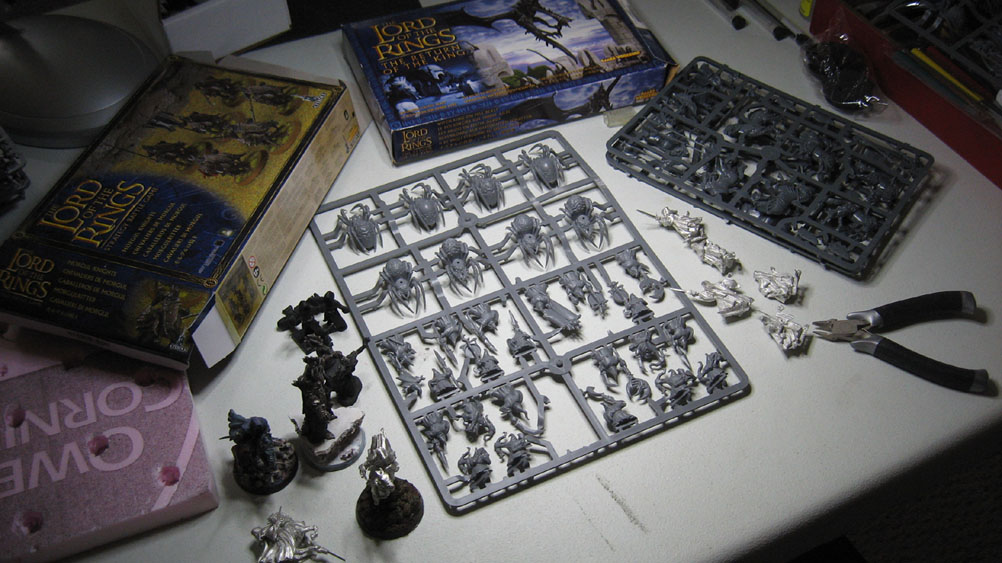 I have some Reaper figures which will be specters as well. 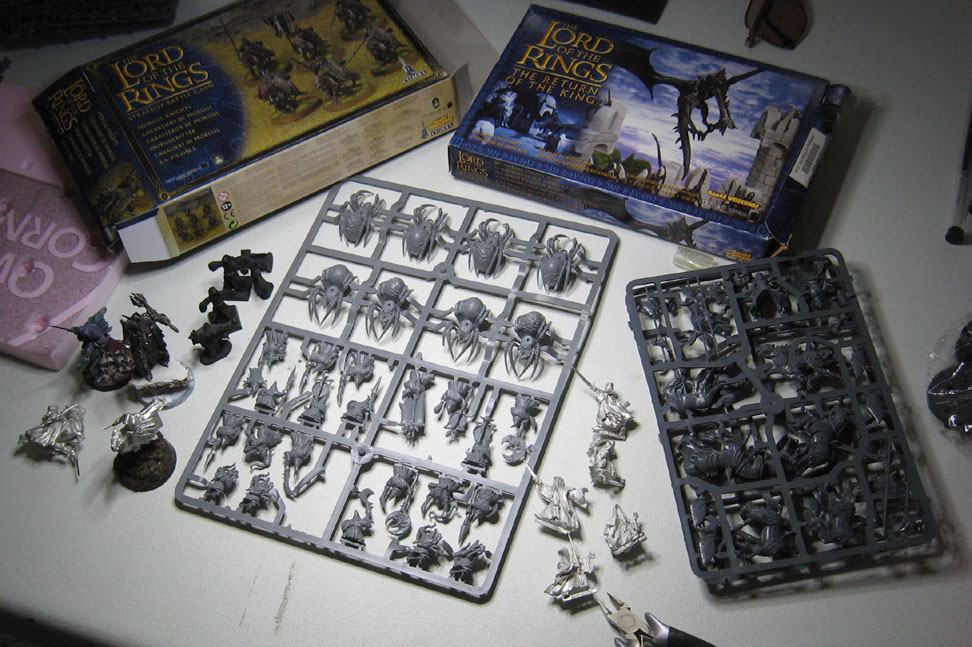 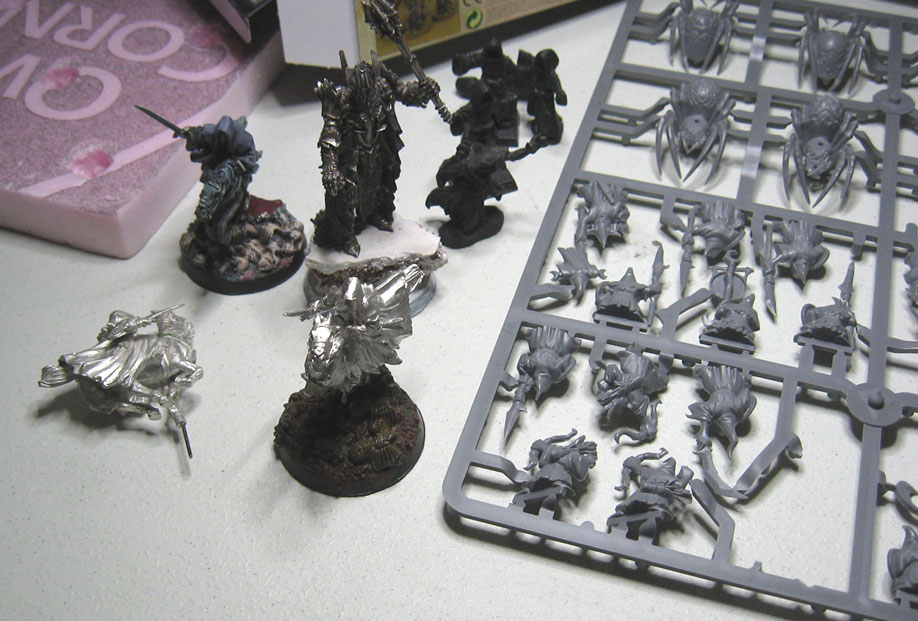 The bases are all going to be lava OSL.  Big surprise, given the whole volcano thing... 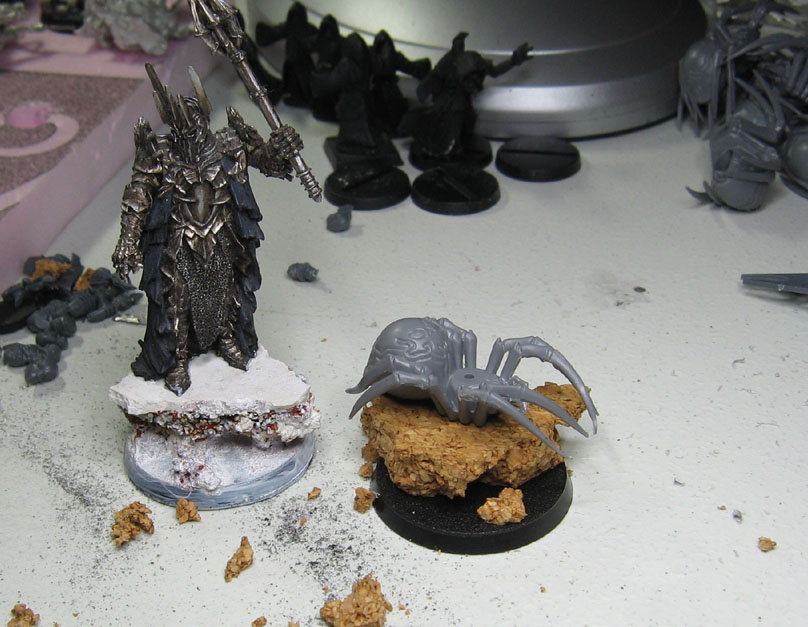 So, how to make this into something useable without taking all day? 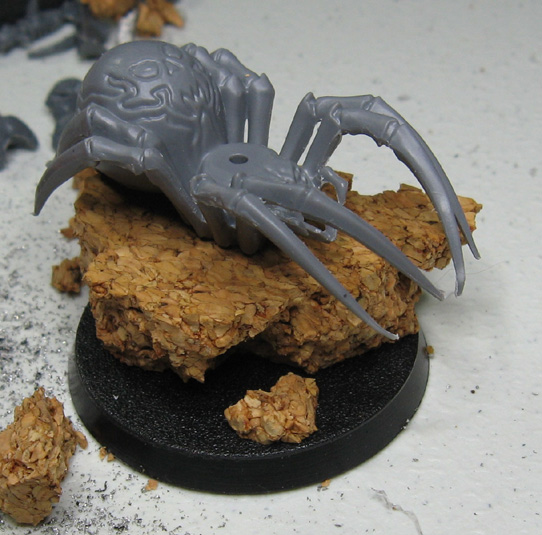 First, some cork, and then some sculpey 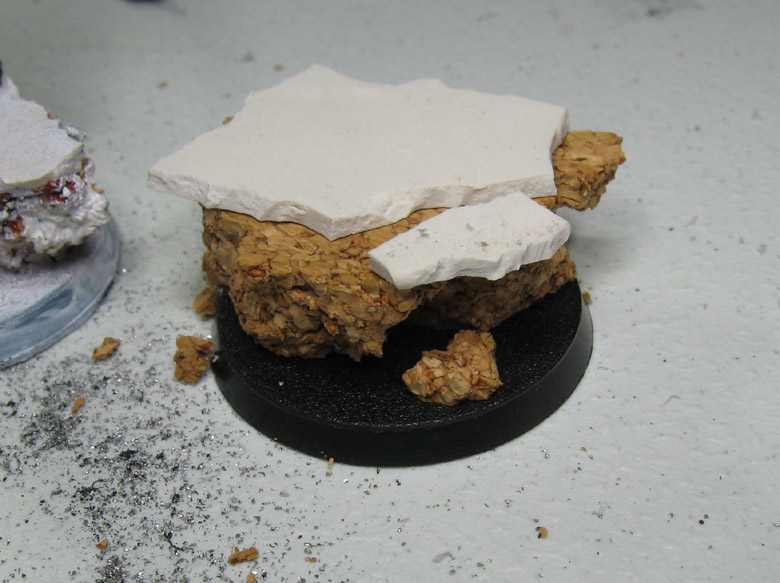 Oxide paste to the rescue!  Add on some rocks and gravel, and it is all set for painting!

By the way, this kind of basing will be one of the first basing DVD's that we will be making. 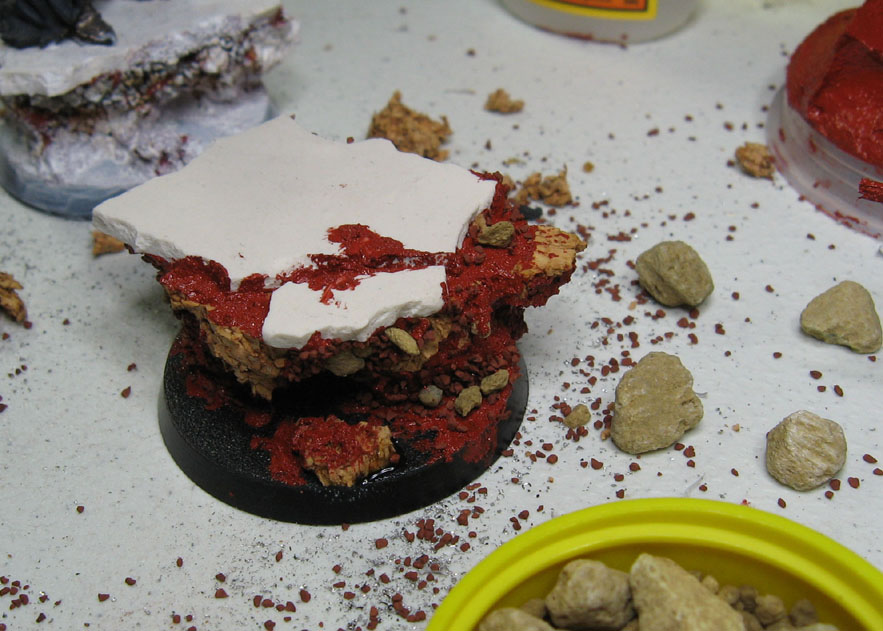 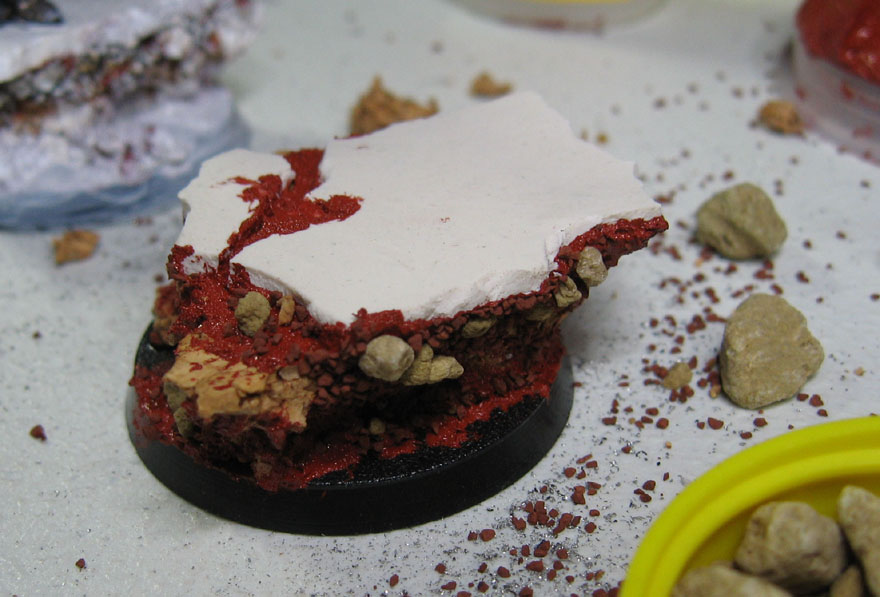 Now we need to get that spider to look a little less weird!  I mixed up some green stuff, with more yellow than blue.  I need to sculpt some very basic furry texture to cover that crazy skull, and make the torso less flat. 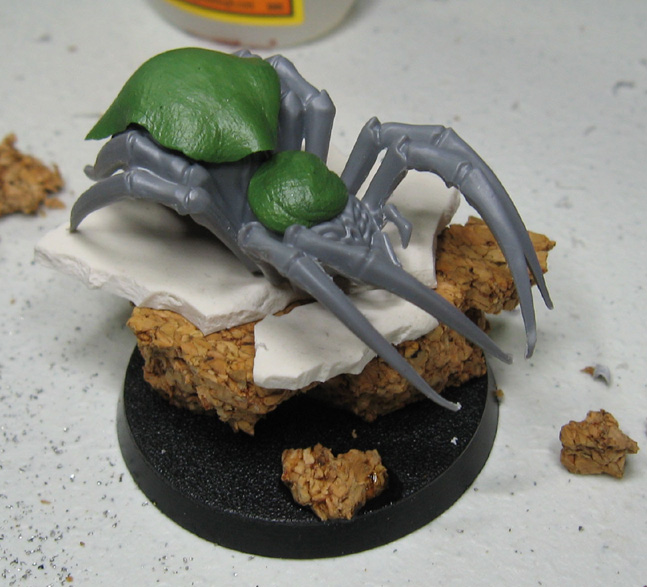 Some furry texture on the thorax! 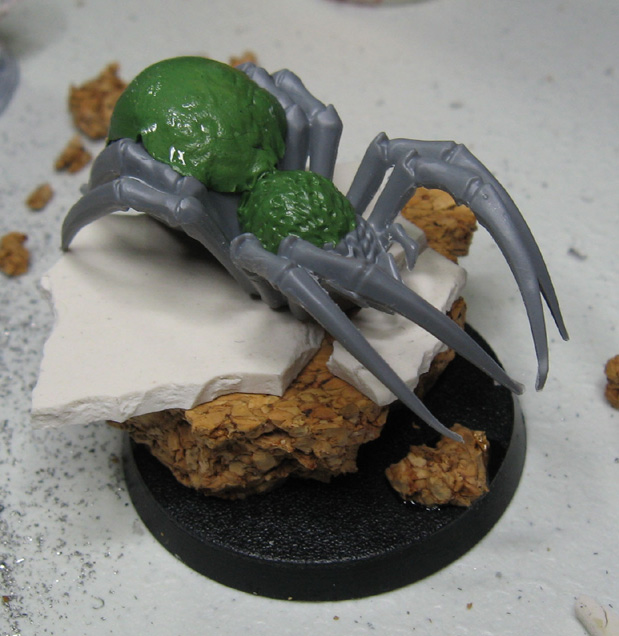 Now for the same treatment on the abdomen, and you have a passable spider!  Only 12 more to go...

Cathy suggested that I borrow one of her shirts on this Pearl Harbor day.  My dad was a Marine serving in the Pacific.  We still have a ring that he fashioned out of a 1942 New Zealand coin! 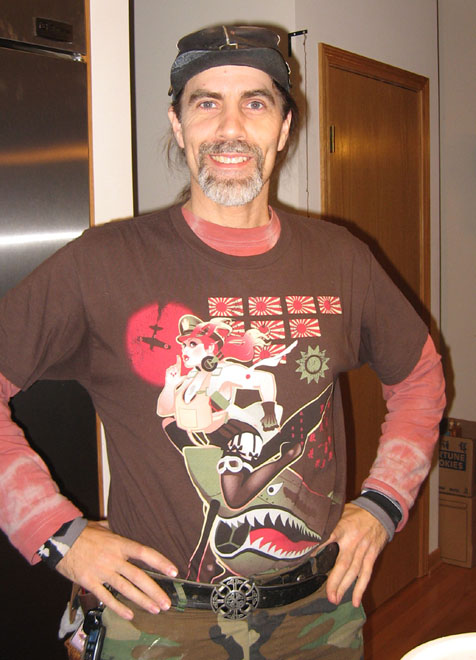 Once again, many thanks to everyone who has contributed to the blog!!!

Posted by wappellious at 6:57 PM 4 comments:

Heading towards a bright future... Some details about the upcoming Kickstarter 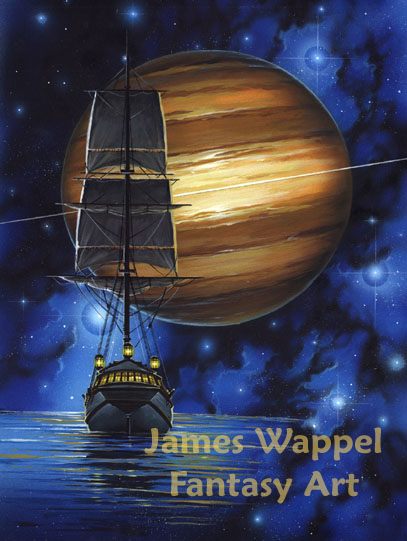 Calling all loyal Wappellians!  And everbody else...

I thought I would share with you all some details about that upcoming Kickstarter you have heard me ramble on about!

As you have alredy heard, we want to do a series of painting DVD's.  We have come up with almost 2 dozen titles thus far, depending on stretch goals, etc.

As of right now, the miniature lines we will be using are Raging Heroes and Urban Mammoth.  They have some big kickstarters of their own coming up, and we will be working closely with them!

I will be doing color specific DVD's on Reds, yellows, blues, greens, blacks, greys and more!  They will have fin titles, such as Yellow Alert, Black Out, Green with Envy, etc.

There will be flesh tone DVD's, such as the Four Fleshtones of the Apocalypse, covering a certain quartet of mischevious gods!

For those of you who have seen that recent series of sculpted bases, those will be tackled as well.  At least a dozen different titles there.

Should things go well, I would even produce some sculpting DVD's as well as Terrain building.  You sense the theme here... I want to cover just about everything there is in the hobby!

As Kickstarter likes to see unusual items in your proposal, some of the things we are working on as extras for stretch goals are T-shirts, novelty dice (in my case, dice that roll nothing but '1' s!!!), and even my own artwork.  I have interspersed a few examples throughout this post... 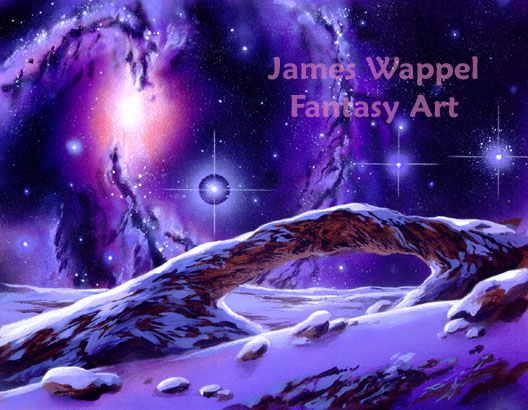 The basic format of each DVD will be like this:  Roughly 100 minutes long, each episode will be divided into five 20 minute long chapters.  I will start with an introduction, describing materials and concepts, and then get into the painting! 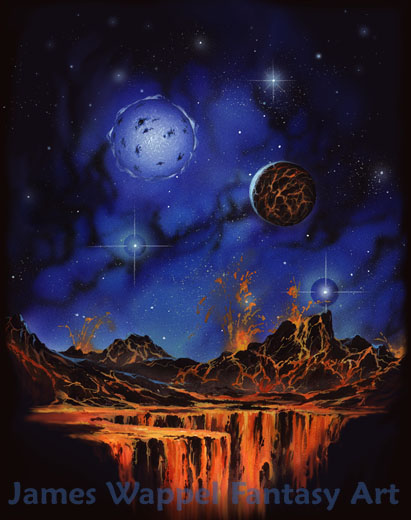 We want to have some form of text on the screen (perhaps scrolling along the bottom) that describes what color(s) I am using, and even basic technique.  This could help non-English speakers, and even those who have trouble hearing.

I would like it if people could almost 'paint along' with the DVD's, so that is why we like this format. 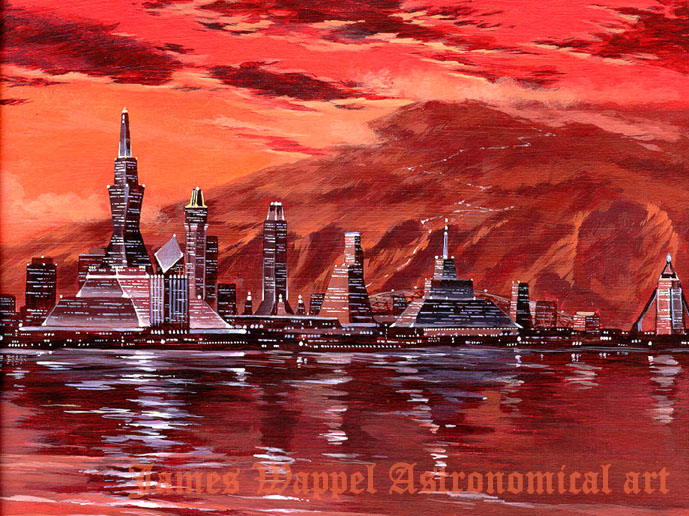 Since Raging Heroes has informed me that they might be doing an entire army line of one race of miniatures, I would like to do a 'how to' DVD set on that entire line. 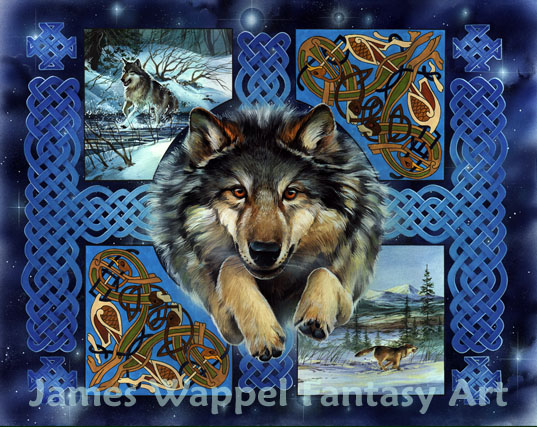 Some of the highest level goals would include a 7 stage set of painted figures, so you can get an in person view of what each step looks like. 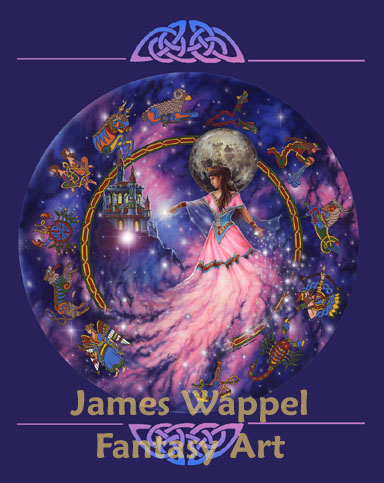 One of the uber strech goals we had in mind was a very limited (perhaps only 10-12 signed and numbered copies) harcover art book featuring my painted miniatures.  It would feature an army, like the Tomb Kings, with the back story and descriptions of how it was created, etc. 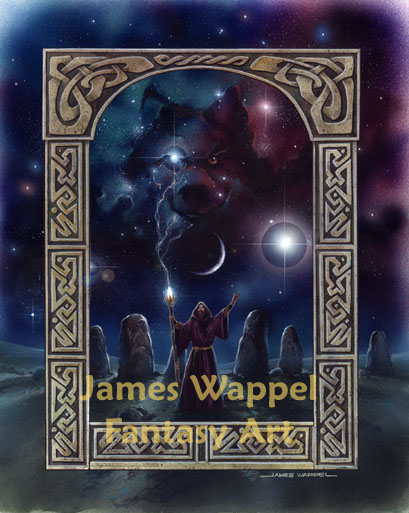 So, we are working up a final proposal to send to Kickstarter, hoping to have it in their hands in a week to 10 days.  I will keep you all updated on how this is going... I promise.

I would love for this project to be a success.  My entire family were teachers in one form or another, and I think this is my best format for reaching the most people.  I have been fortunate enough to help many other painters along on their hobby path over the years, but this could be the grandest method of all!!! 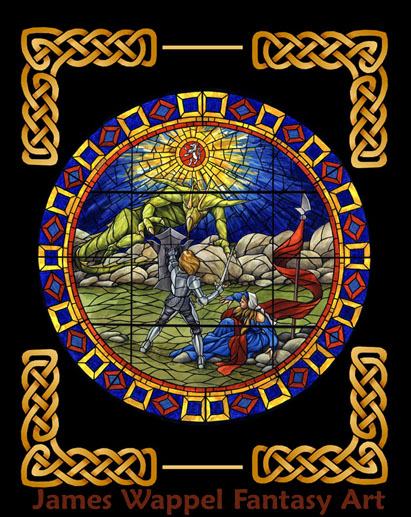 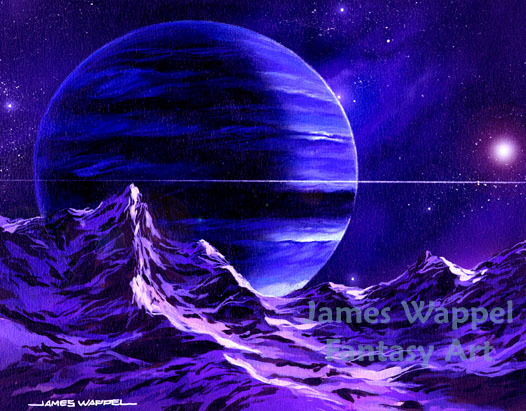 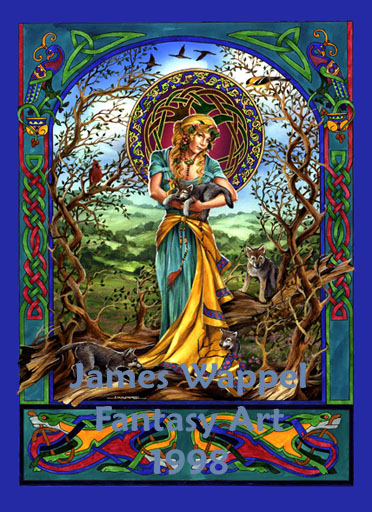 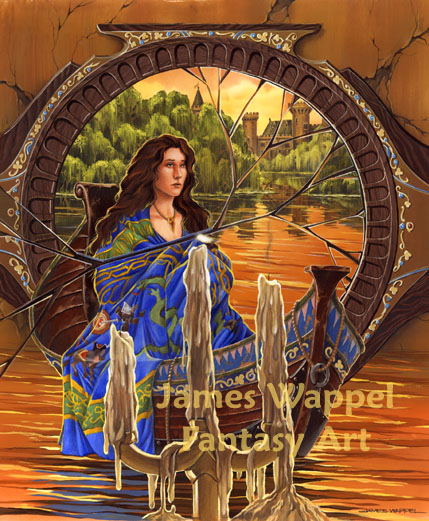 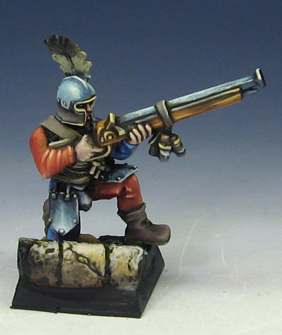 Here are the finished pictures of the handgunner!

I always get a kick out of seeing these images after processing all those step by step images! :-)

I will be even more intrigued to see the unit as a whole when it's completed.  Of course, it is pretty interesting to see these in various stages of painting.  :-) 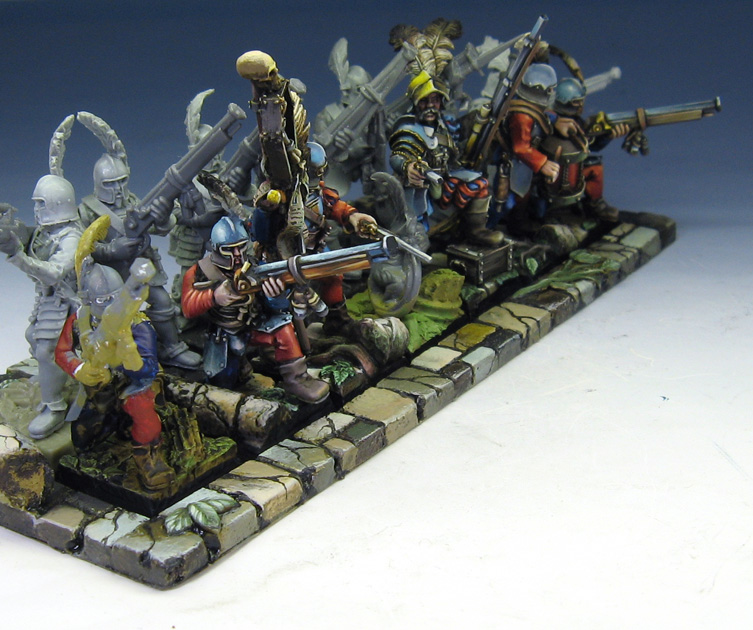 Well, it's time for me to wrap up the last of my work here in the wee hours and finish the last of my packing.  The next several posts will be done on the road, so bear with me if they appear at odd times!  Most of it will be prep work.

On tap would be Tomb Kings... putting green stuff armor on those horsemen conversions.

A Lord of the Rings Mordor army... converting Fantasy Goblin spider riders into giant spiders.  Lava bases for all!

And anything else I can get done! 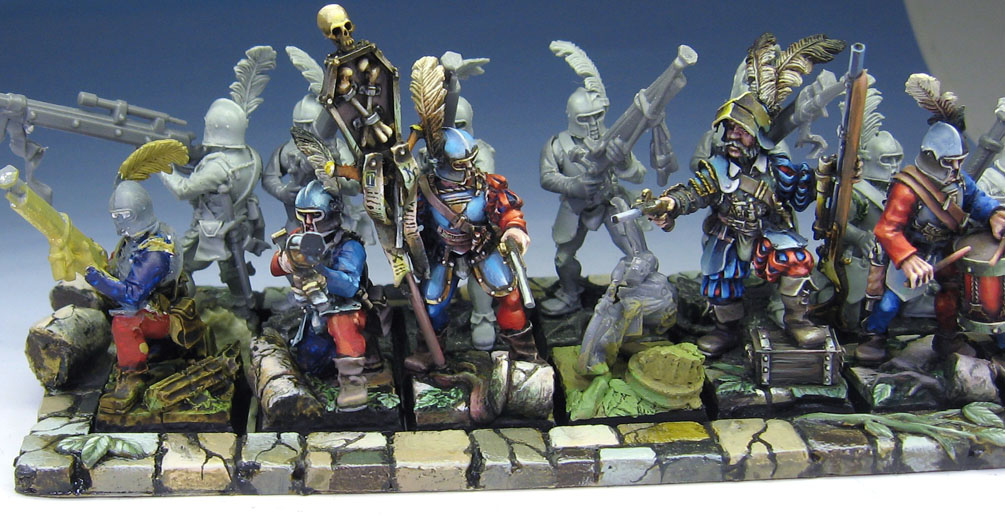 Posted by wappellious at 2:08 AM 2 comments: