A new day at the quarry 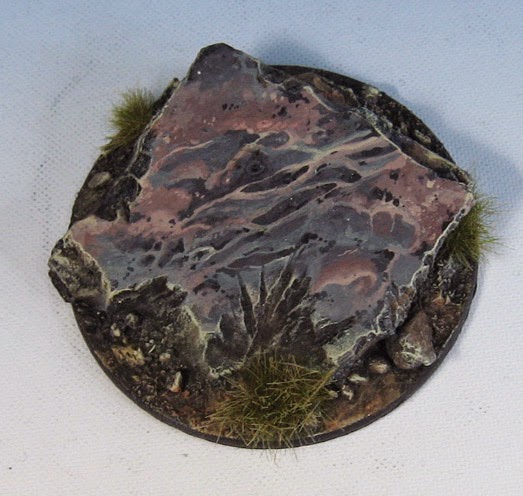 Many of you saw the post earlier in the week which contained the new reference images taken at the cemetery.  Once I got back, I had to try to transfer what I had seen on an actual base. 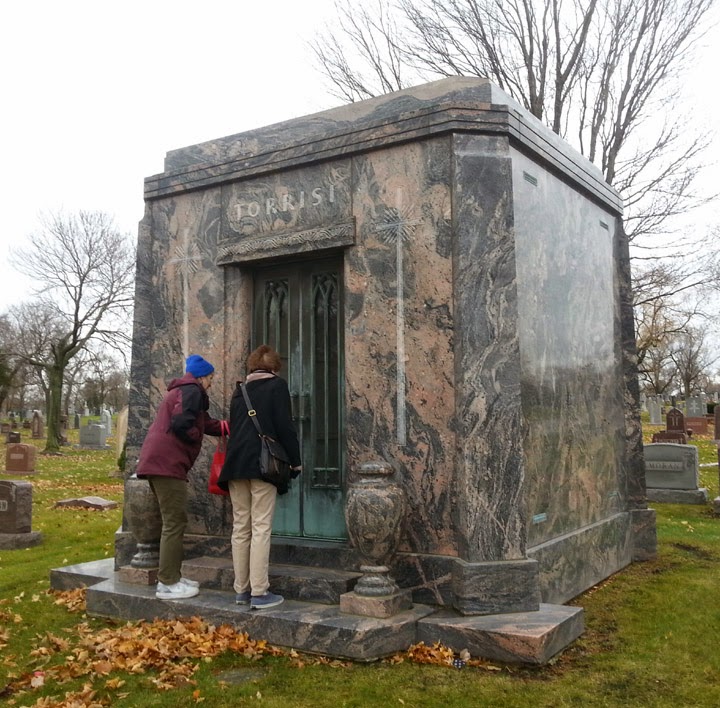 This was going to be more complicated than the usual marble effect, as the veins were structured quite differently, and the colors were more exotic.  There's a combination of warmer and cooler colors, and that would have to be achieved somehow!

I started out mixing deep reddish brown with green, lightening it in places with a light seafoam green.

The paint was wet, which allowed me to mix right on the base. 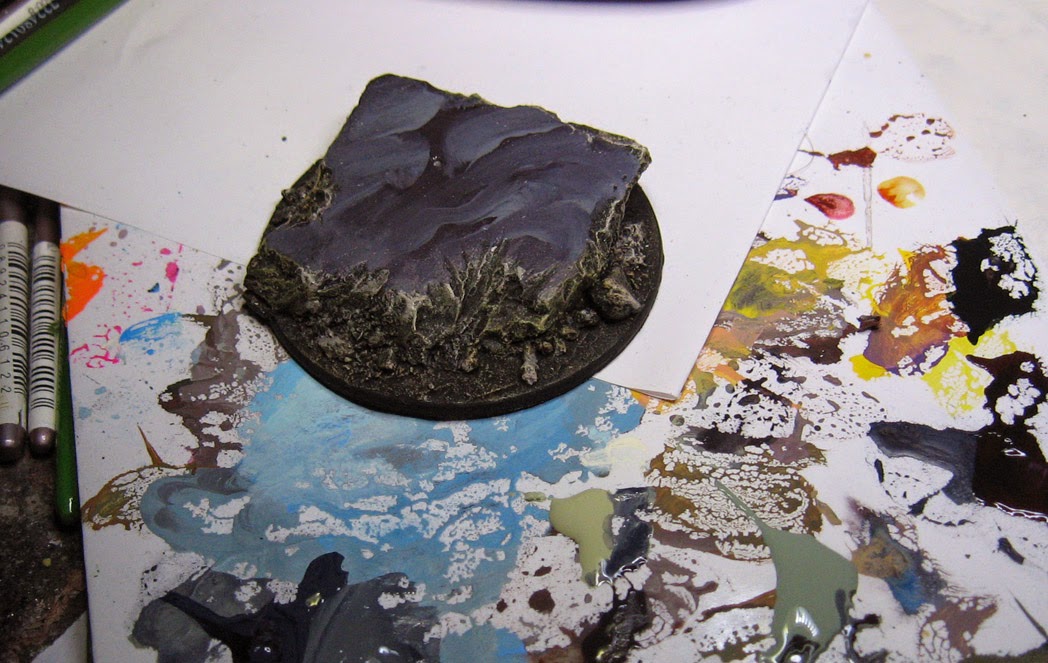 Now for the much warmer shades!  A rust colored red was mixed with the seafoam green, and it was applied rapidly so that it would blend with the existing layers. 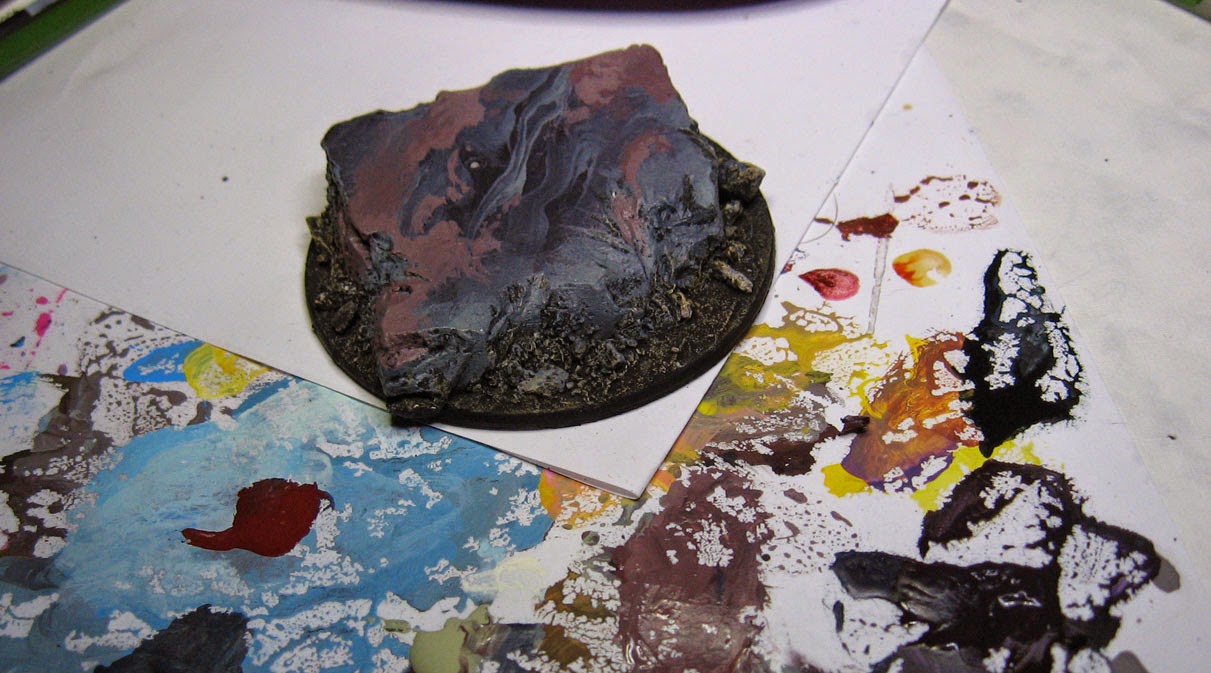 I added the lighter veins, but the pattern was far more complex than usual.  I also had to add 'dots' of lighter and darker colors, which I noticed in the reference images. 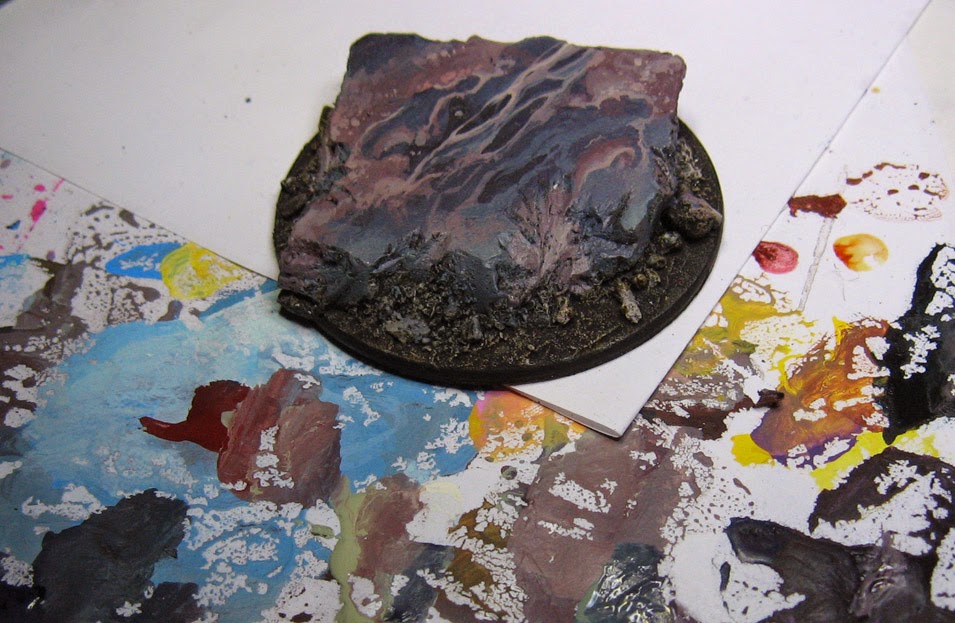 This shows those dots developing.  I am also putting the lightest shades in the veins.  I could not go as light as I normally do, as it seemed that the whole effect had to be more subtle than usual. 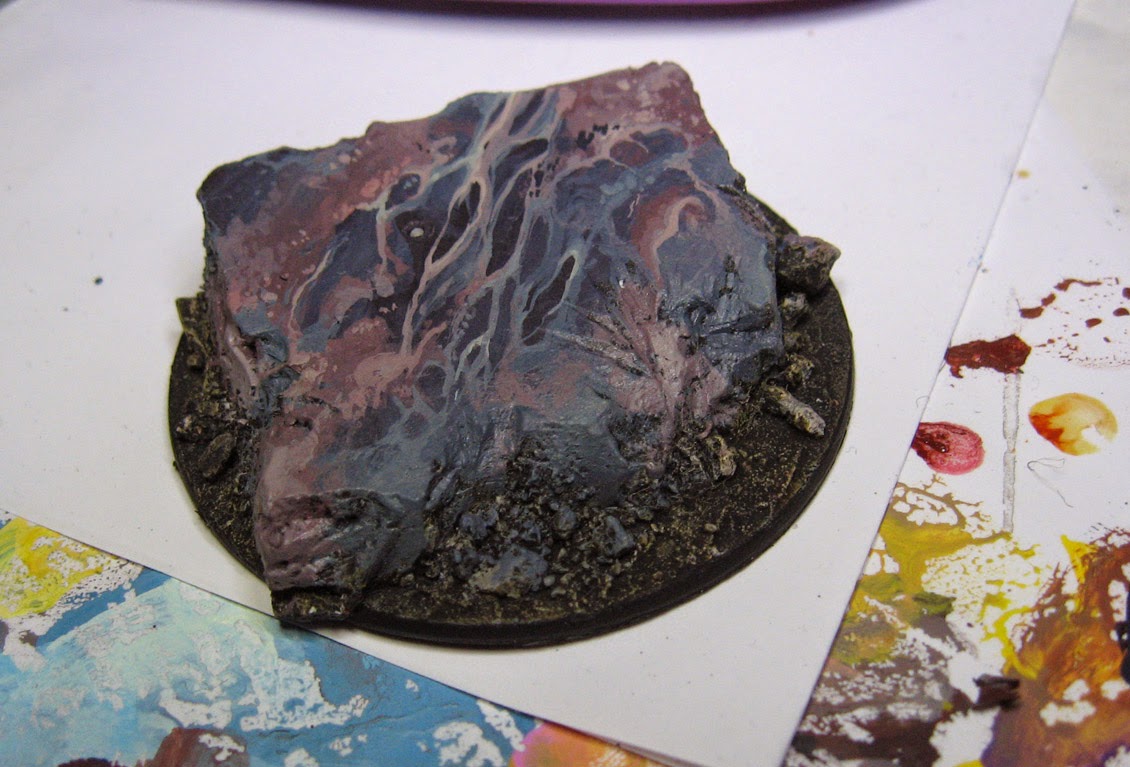 Now you see that the darkest colors have been enhanced, and finer dots added... 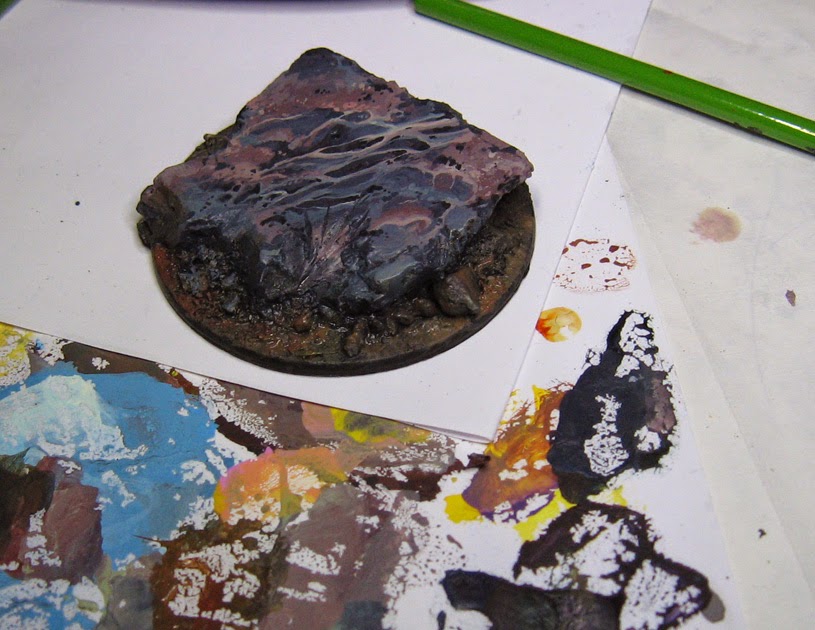 The rest of the work on the base would involve the surrounding areas such as the rocks. 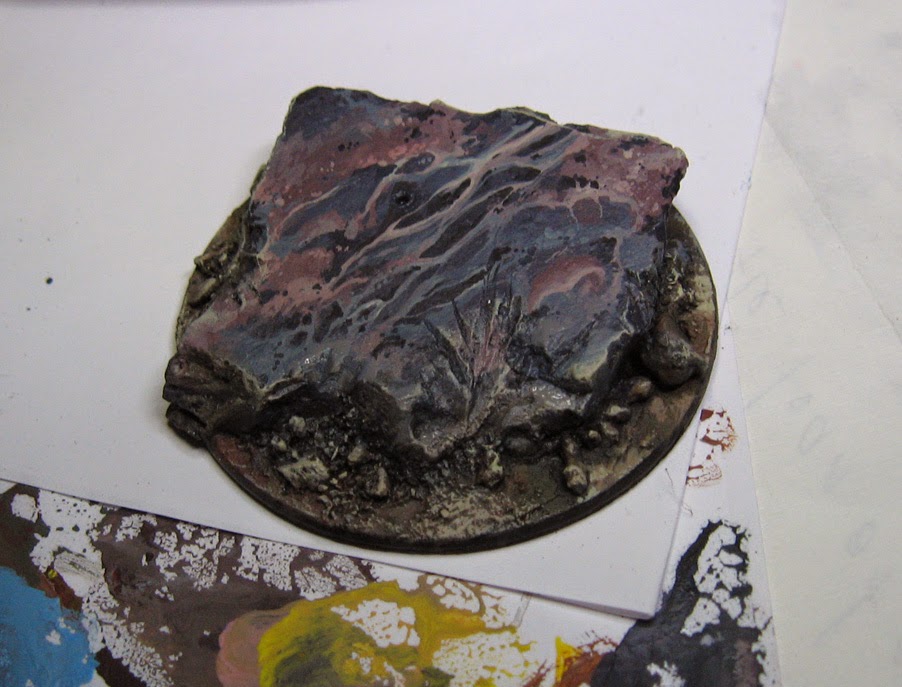 Just about ready for some tufts of grass!!! 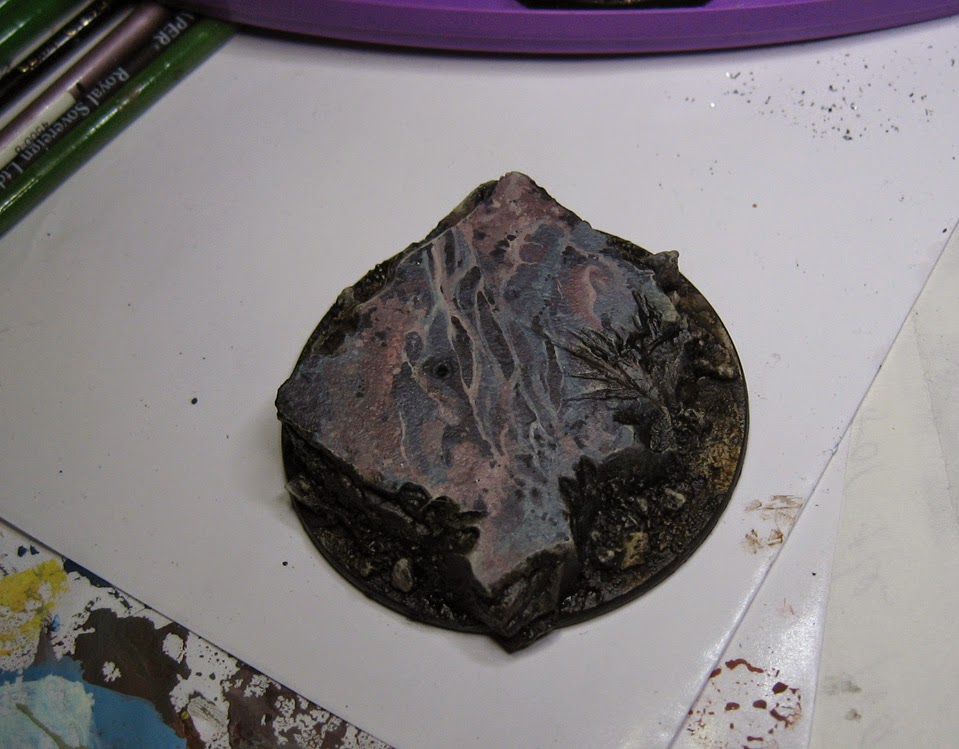 This was a very fun marble effect.  I just wish that I could have had more time to snap lots of images!!