It Ain't Easy Being Blue... 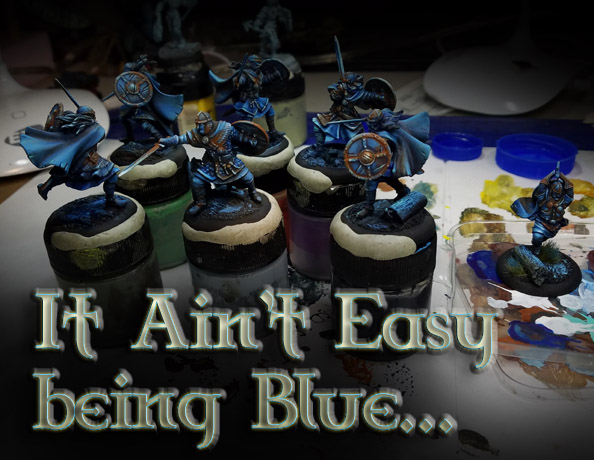 Some folks might remember the Army of the Dead figures that I painted years ago that used the Vallejo fluorescent paints... in that case it was the green color.

The idea was to make them ethereal, semi glowing but also rusted and corroded.  You can see those in the Army of the dead section of the blog: 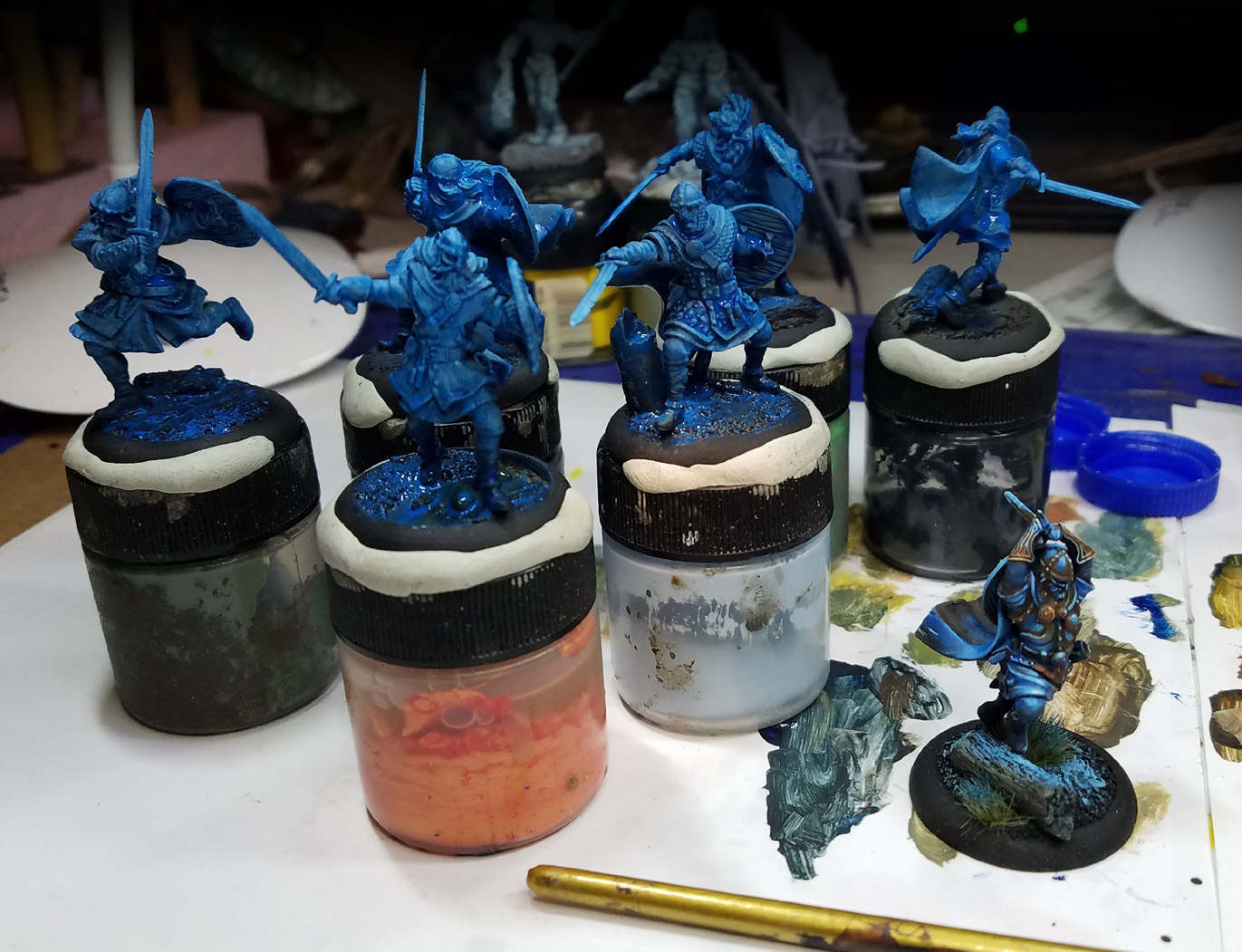 For this unit, the colors were required to be blueish in nature.  So, after an initial primer painting with the Stynlrez primers, I did a few washes of the blue fluorescent paint over that pre shading.

It is important to note that the paint is very very thick, but it is also extremely transparent.  Such is the nature of the paint.  You will have to thin it a lot.

I then started to mix in some lighter colors with that fluorescent blue, creating more lighter areas. 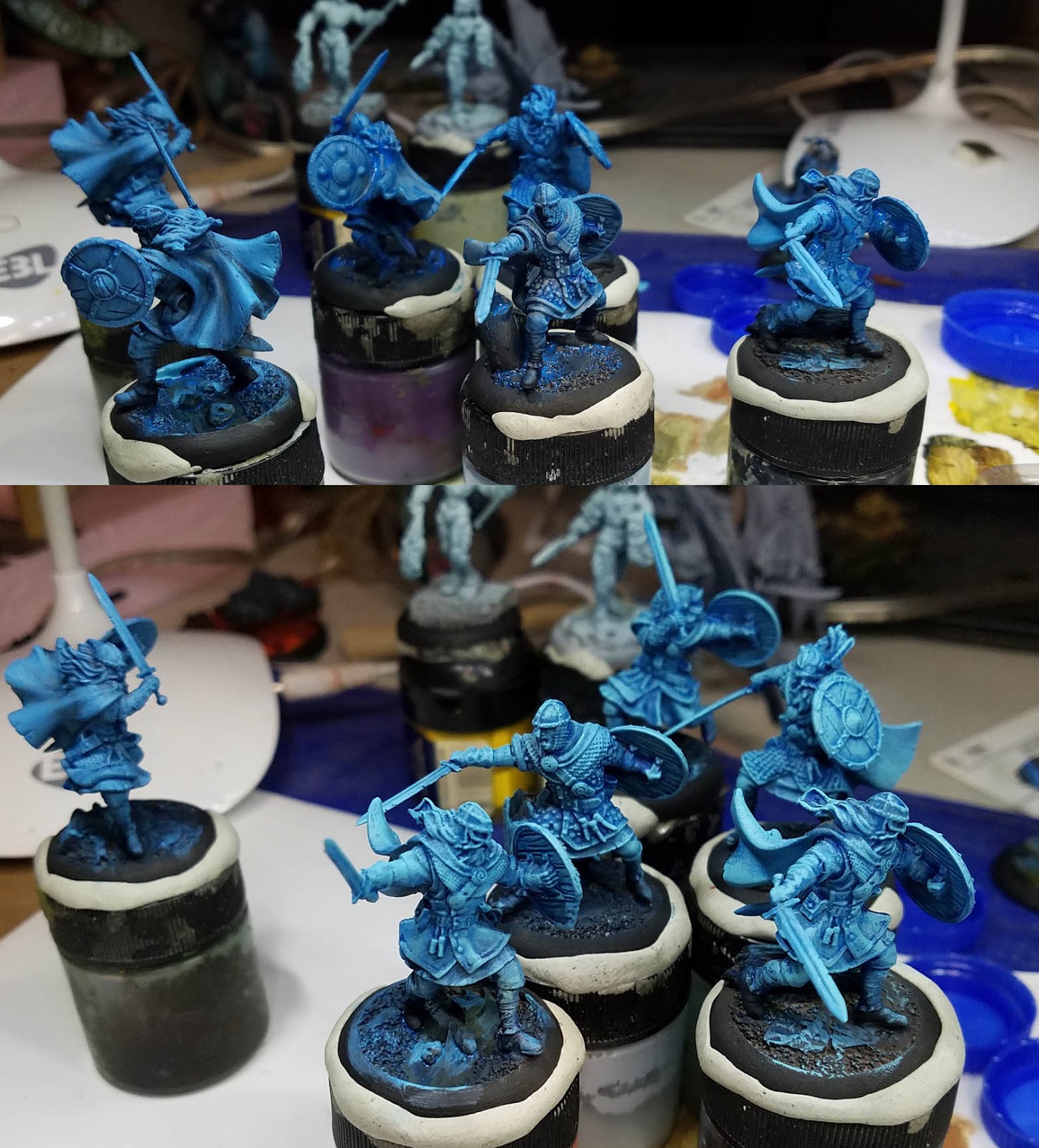 Once I had that worked up to the lightest level, I would be able to start making the glazes of corroded colors over the top.  It is a much easier approach. 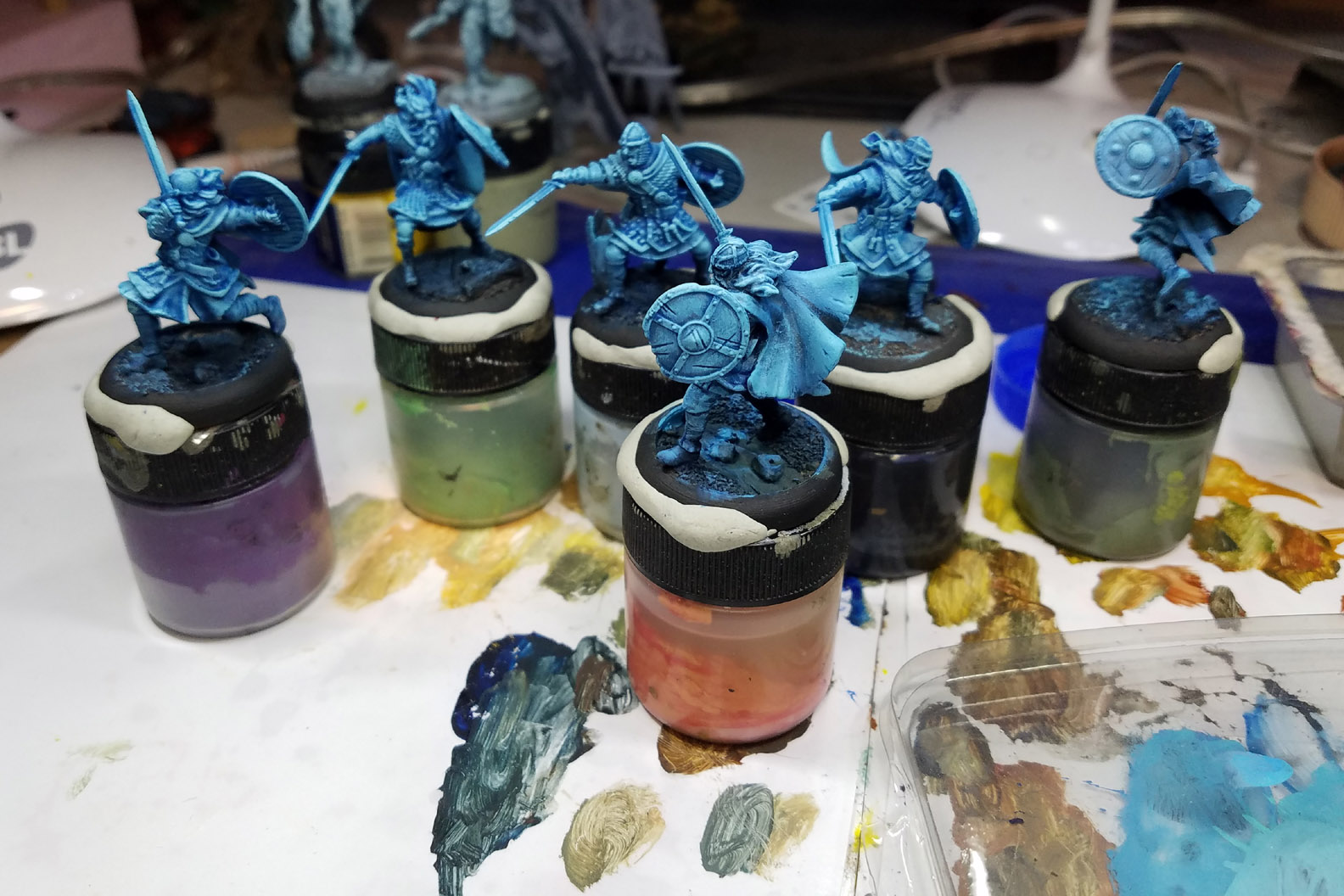 Much of this will be darkened down and tinted with darker blues, greys and especially the weathering paints.  This is why I went lighter than the final result... giving me more 'space' to work with 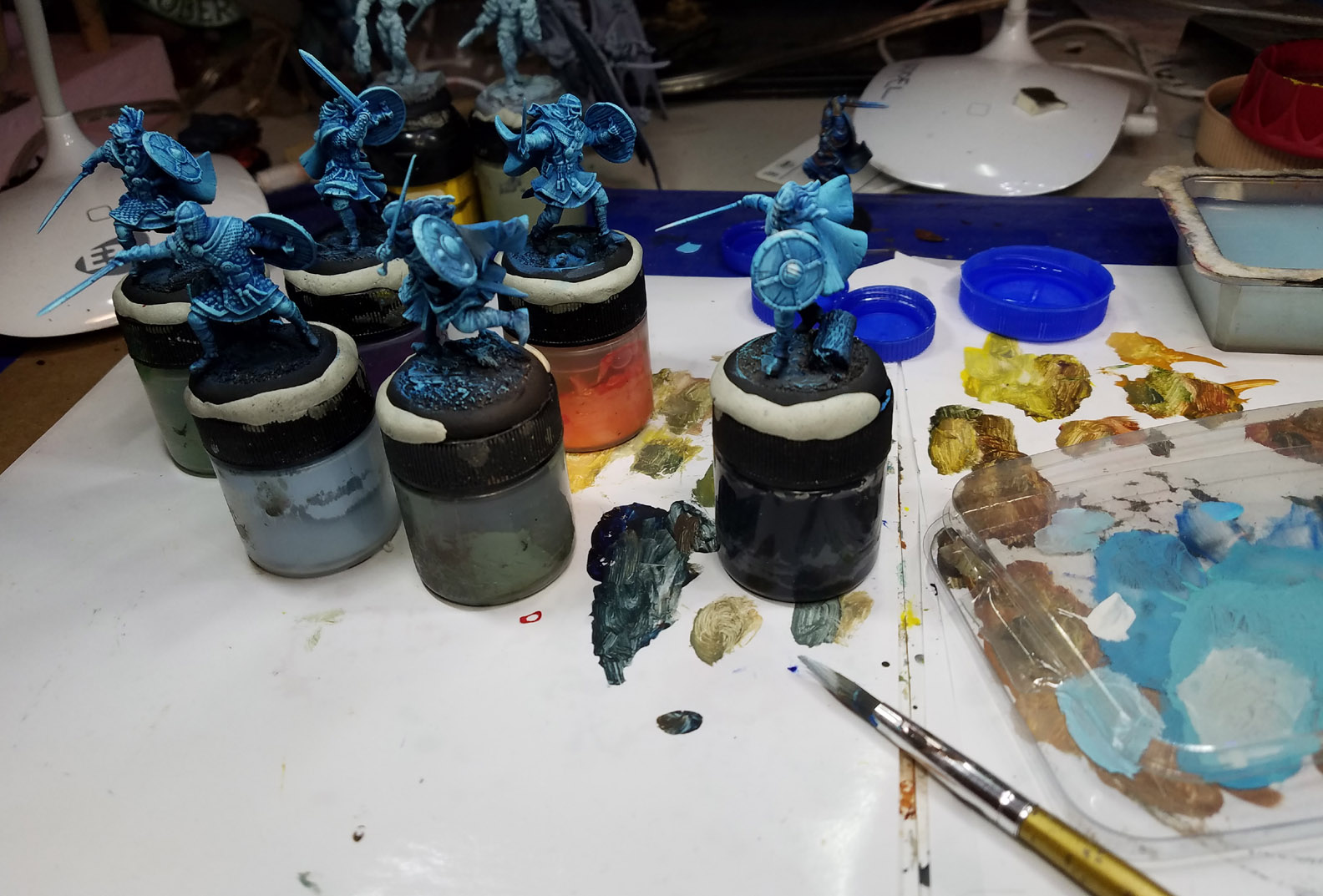 Using a few of the Secret Weapon weathering paints, I started to make random glazes into mostly recessed areas, but not exclusively.  The idea is to leave some parts of the glowing areas come through.

Shield surfaces, hair and boots are not a bad spot to have more of the corrosion and earth tones. 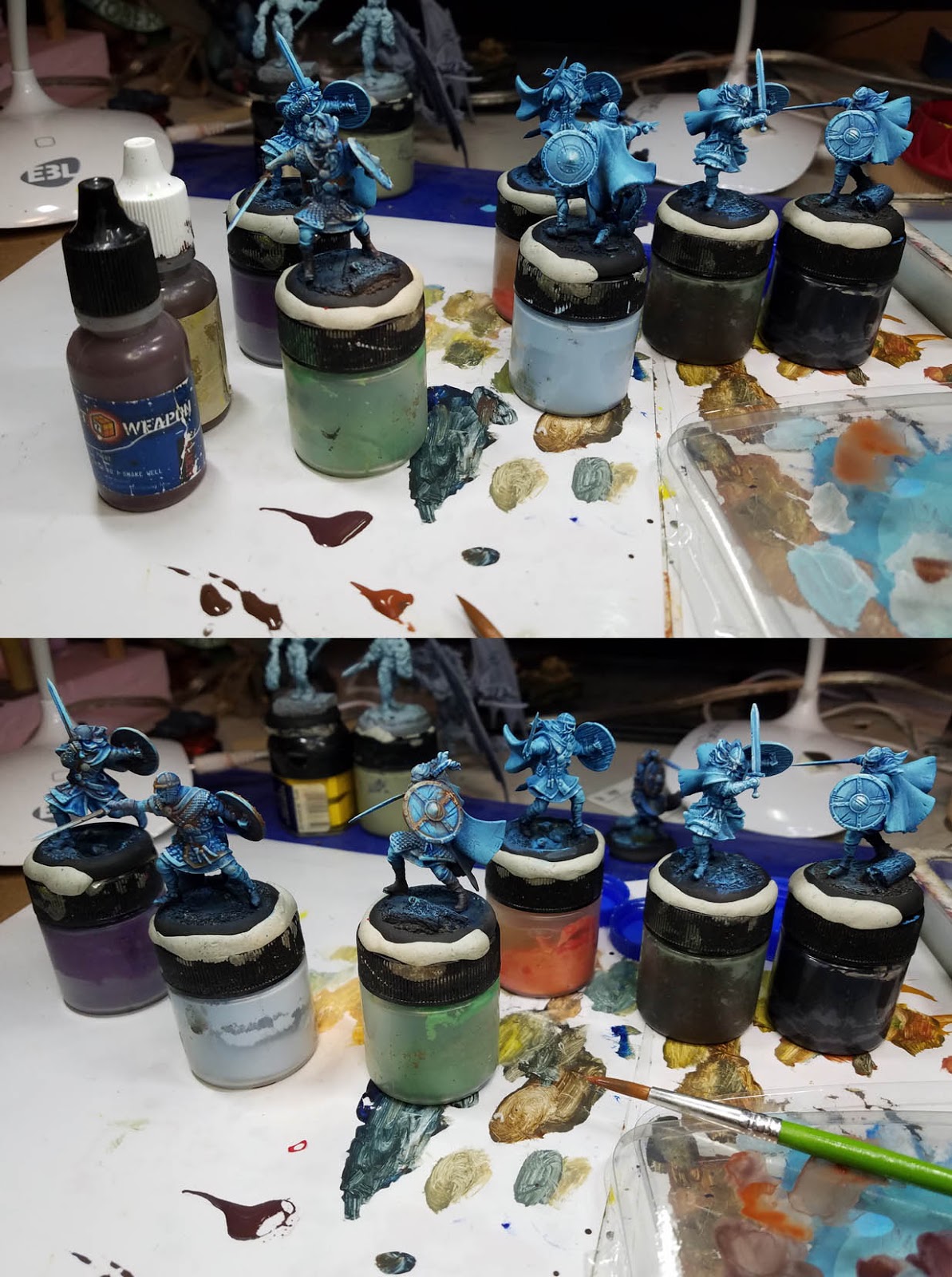 For the areas of rust, a handy rust color was glazed into crevices... 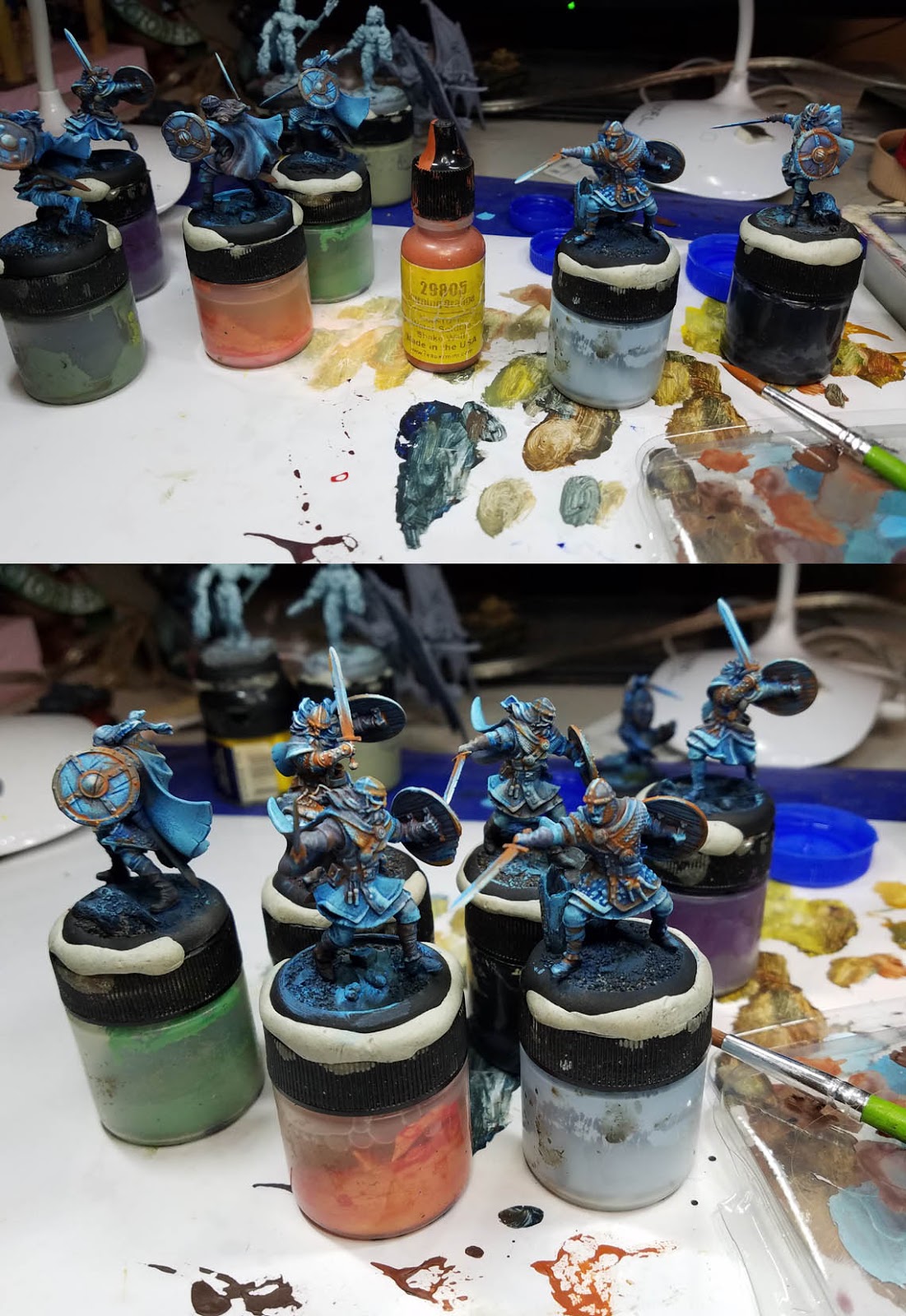 Brown liner was used to glaze in some of the deepest warm darks.  Once again, I had to remember not to get too crazy with all the warm colors, since shading things a darker blue is also part of the plan! 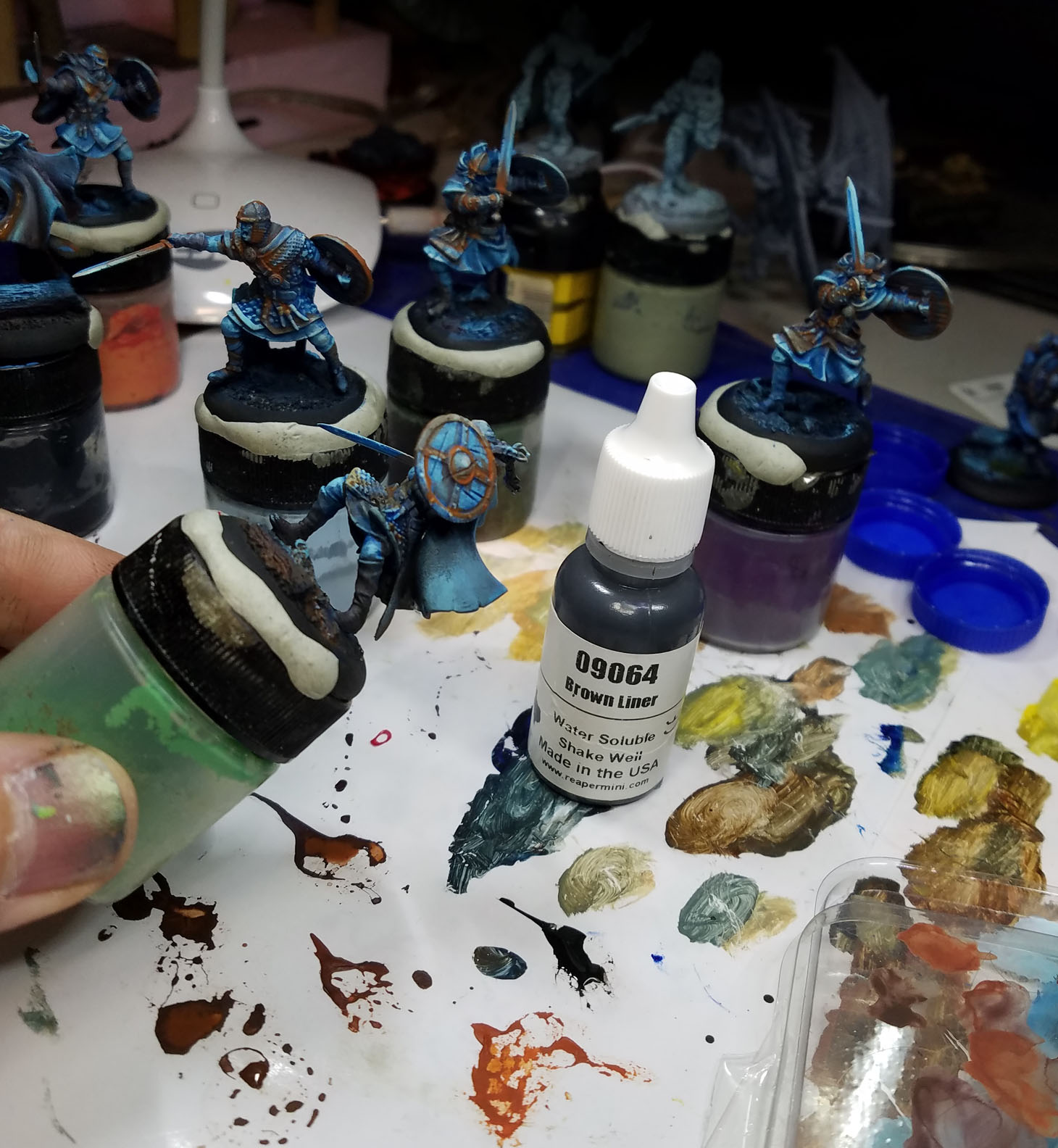 You can see that gradually more details emerge as I define the deepest darks. 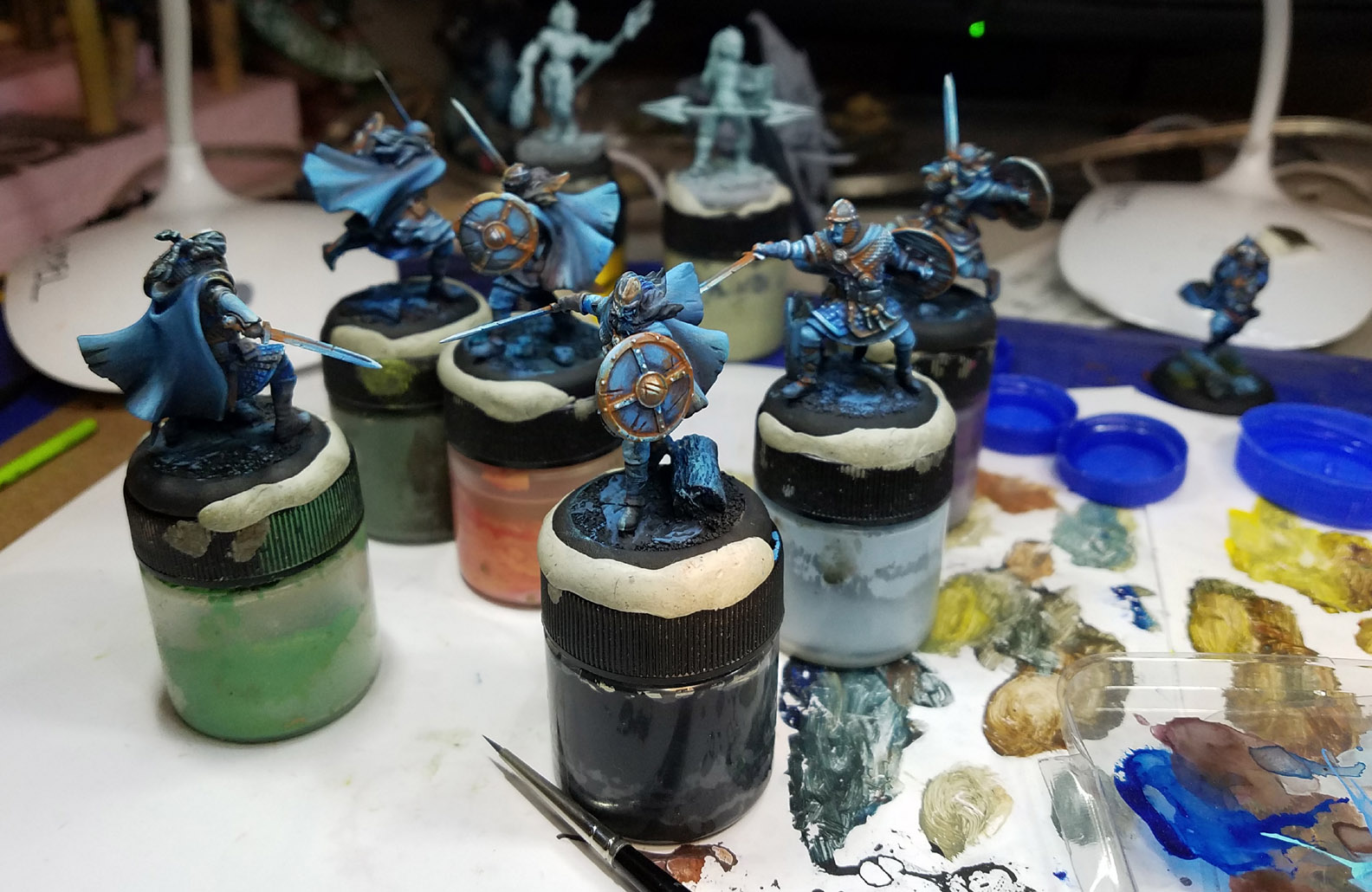 By creating the middle tone and deeper bluish glazes, things like the cloaks take on more shape. 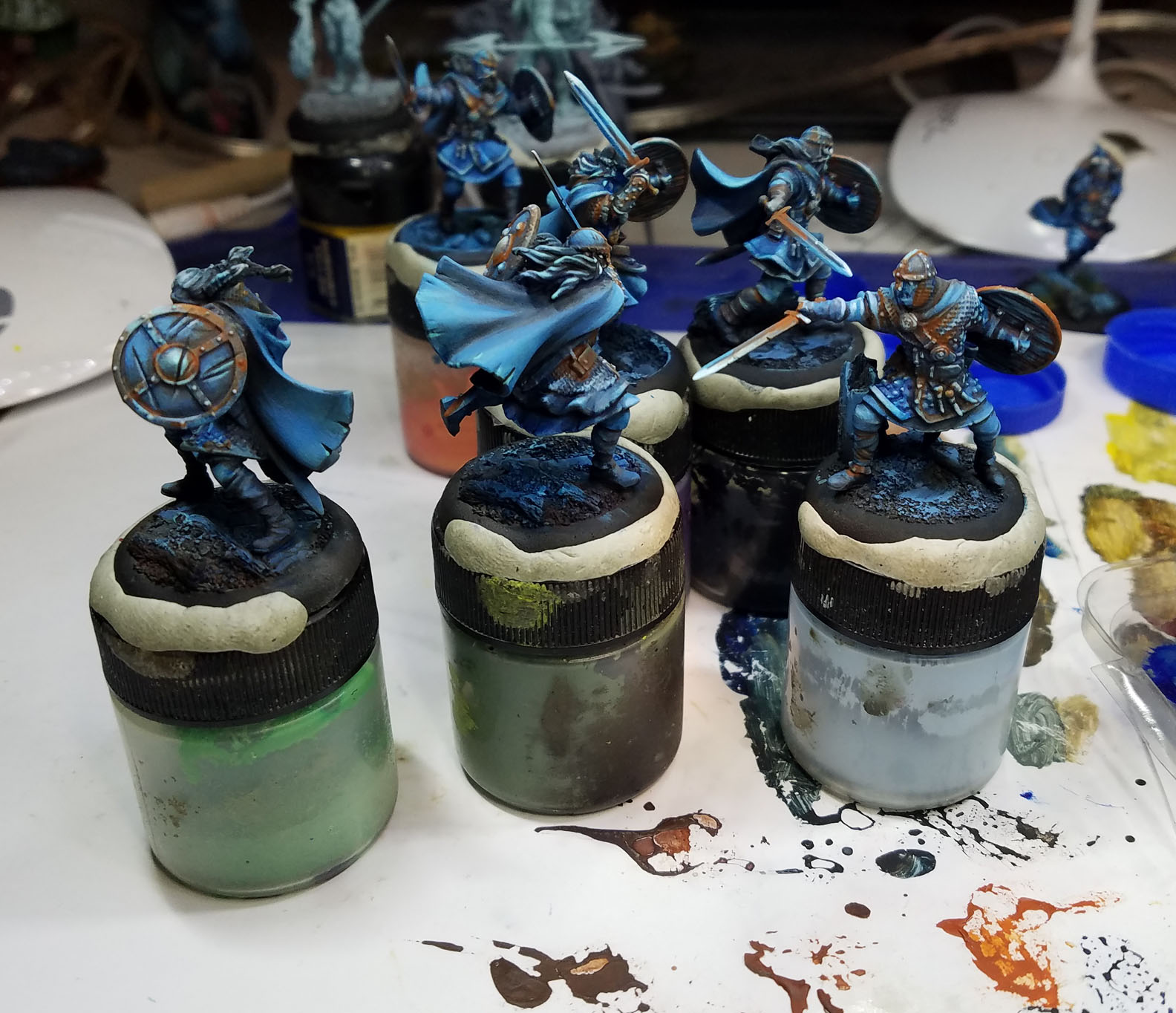 I will post more images of the finished versions so you can see how this all worked out!   Painting groups of figures like this is something that I have been trying to do in hangouts, so that people can get a better idea of how all that is approached.

I'm hoping to be able to do more of that in the Facebook live sessions, and possibly in the future Patreon videos, once I get those worked out.

Any contributions to the Patreon page definitely help to make that a bit easier!