Hopefully this works the way I hoped. :-)  There is a rather extensive collection of blood bowl teams that I have painted since I got started with minis back in 2001.

The very first commission minis I did were blood bowl teams.  I love doing blood bowl teams, since it is a way to establish a theme without having to paint an entire army!  It is also loads of fun creating logos, player names, even stadiums.

I have many photos of such things that need to be posted here.  This first posting shows images of my ultimate Blood Bowl project, the Hong Kong Phooey.  I had played a Hong Kong Orc team for a few seasons in 2000-01, having a lot of sucess.  That established the color scheme and logo, but I did not have the sculpting or converting ability then, so a few years ago I had to give it another try!

I have a lot of WIP images here, which give you an idea of how much work went into them.  Then I have the painted versions, of course. 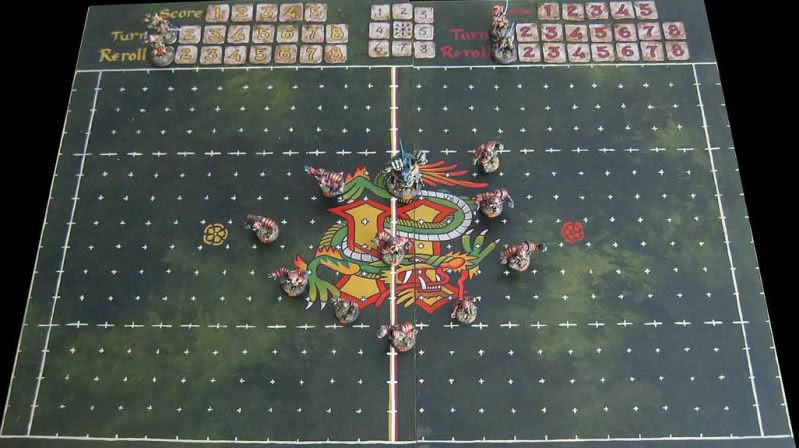 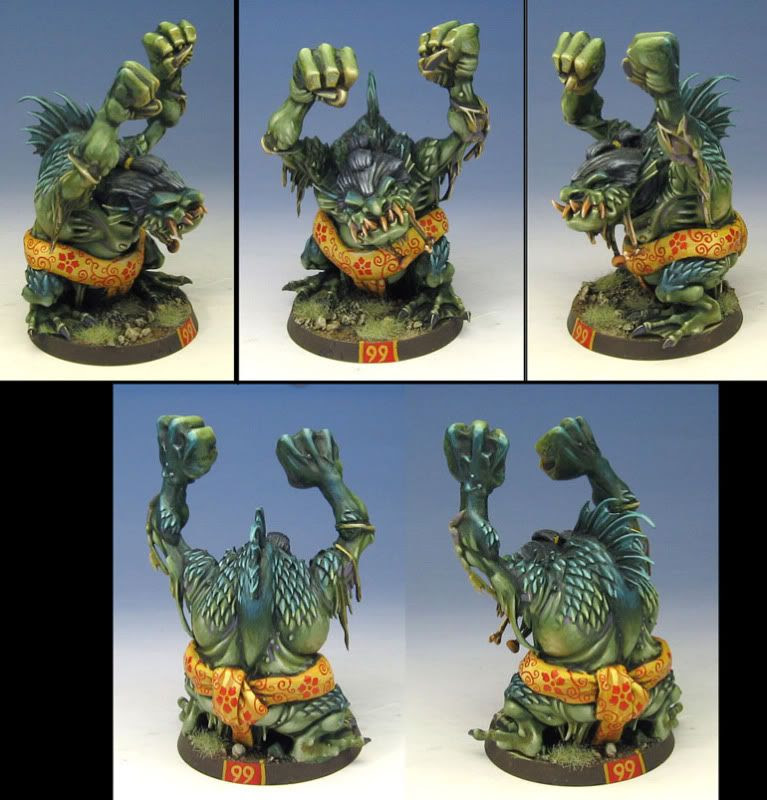 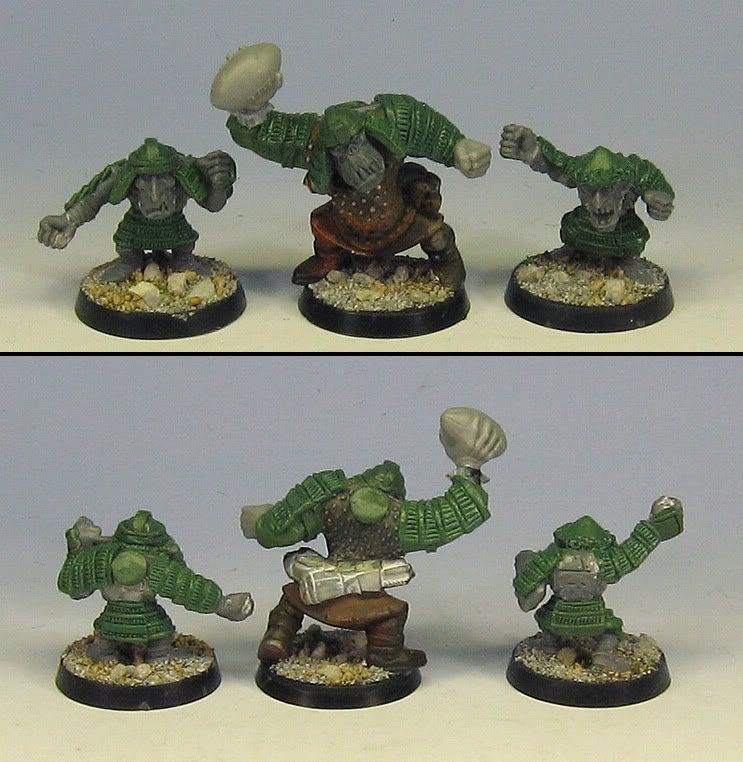 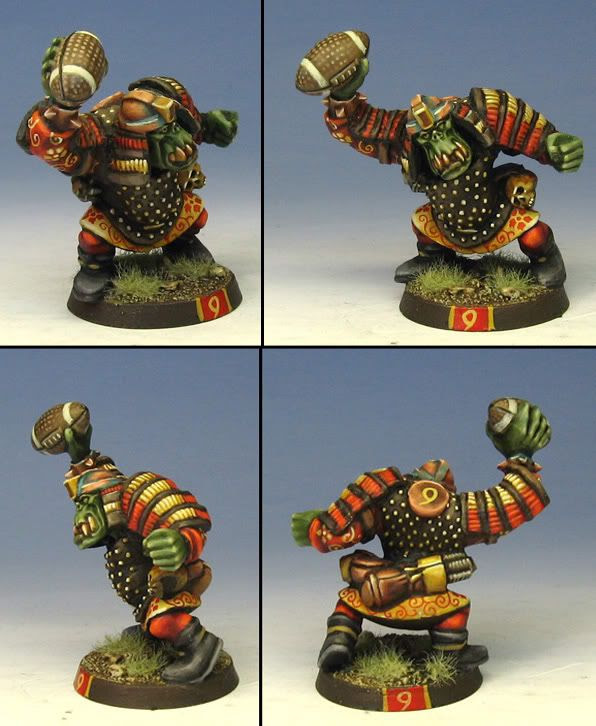 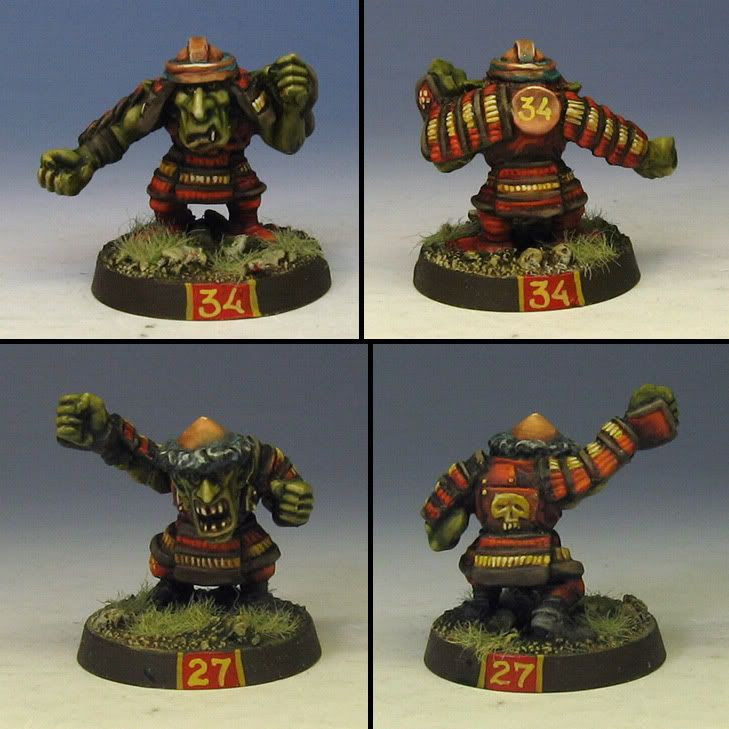 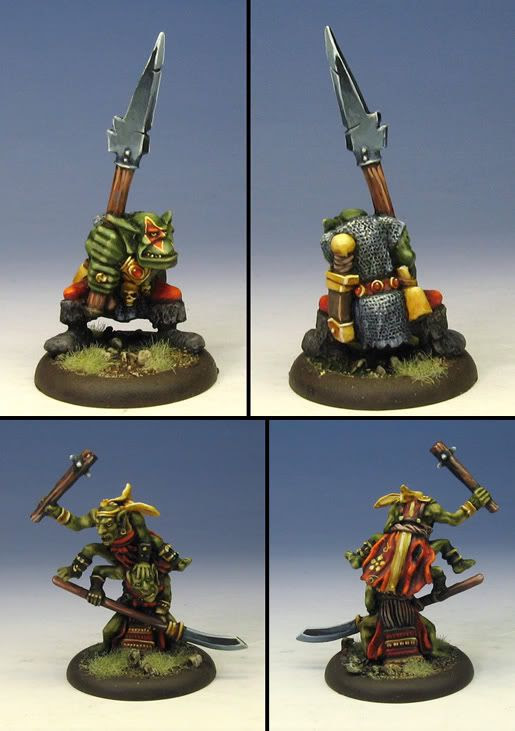 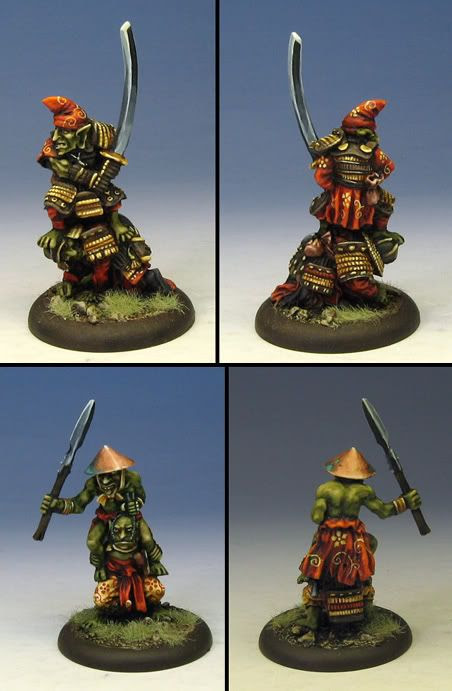 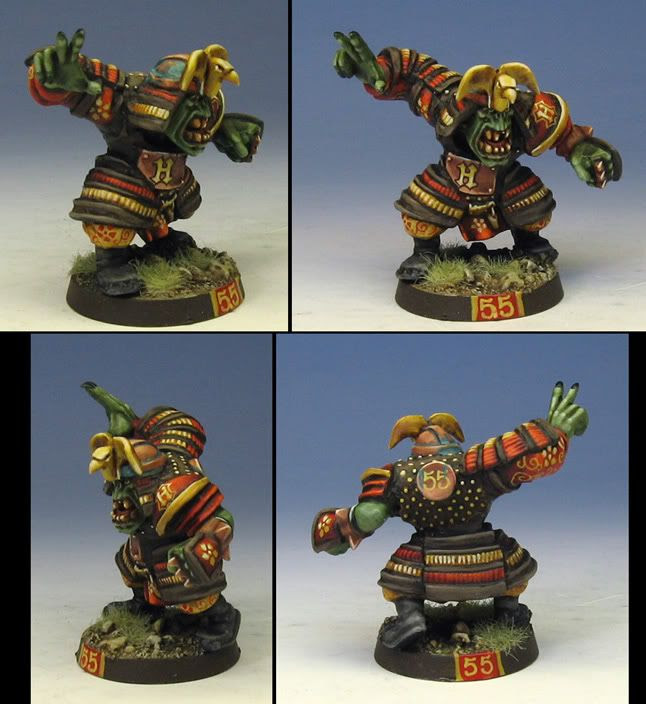 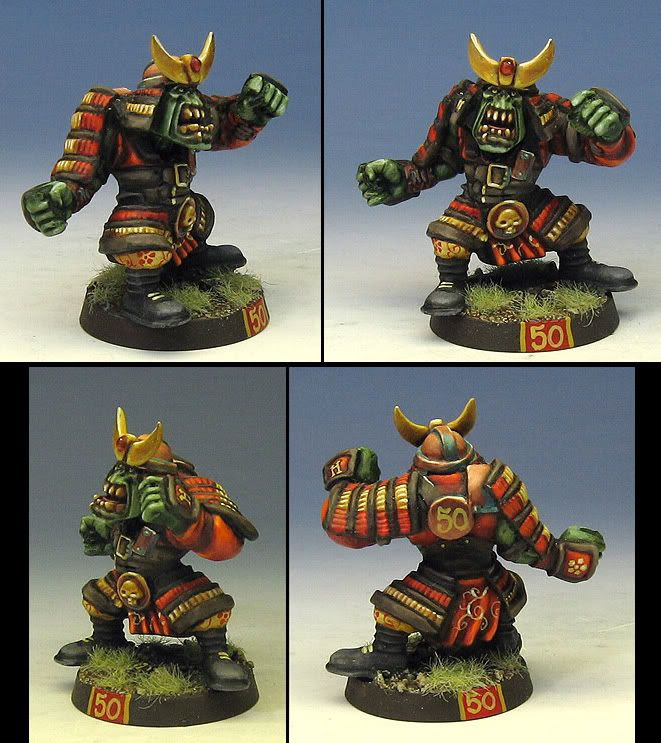 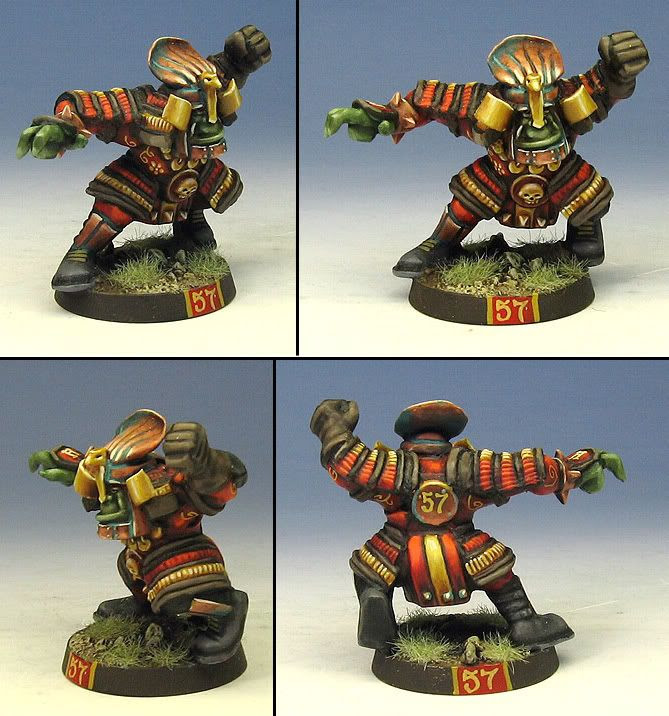 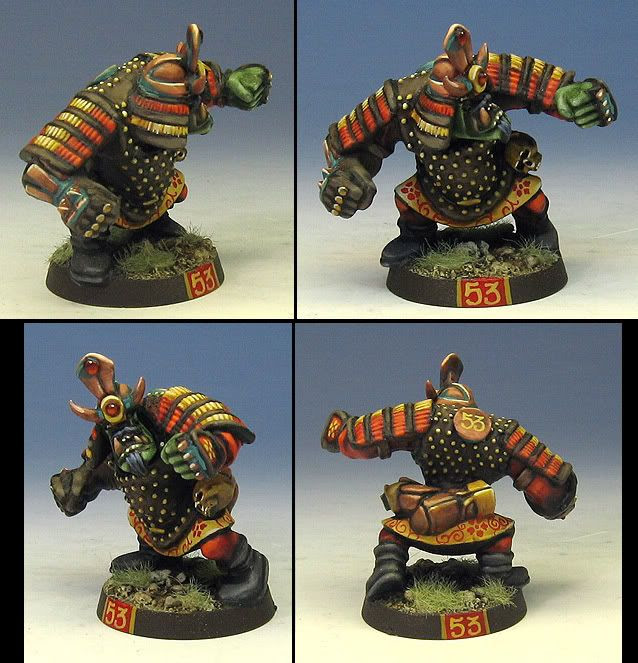 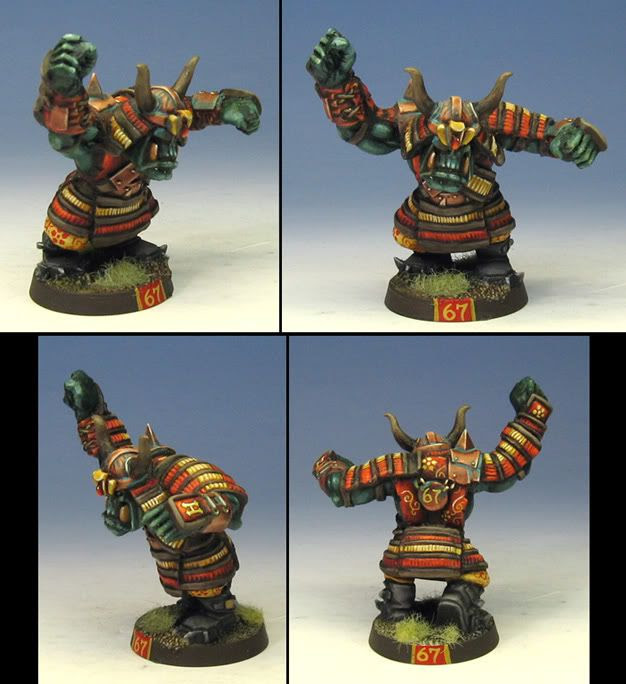 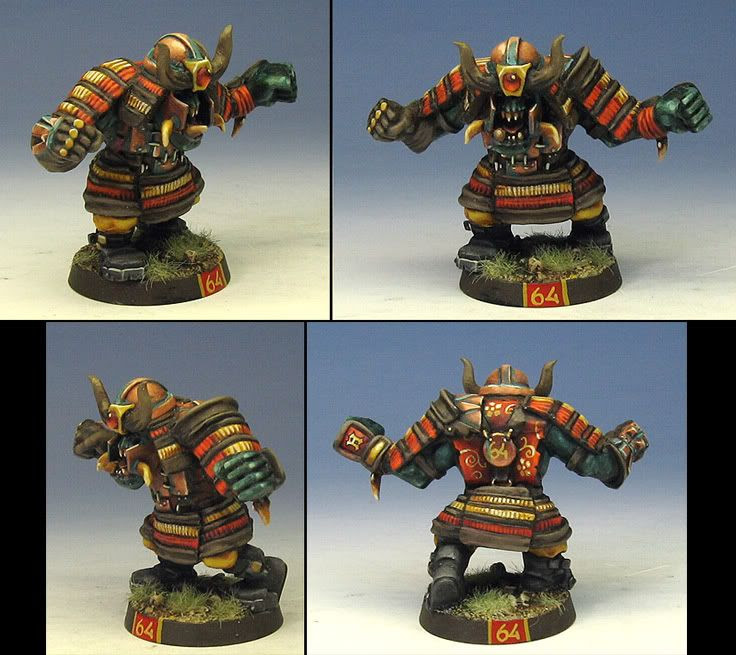 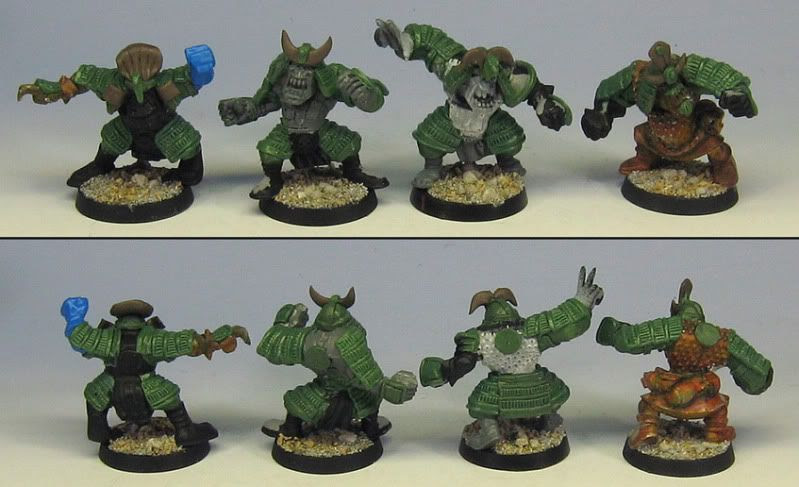 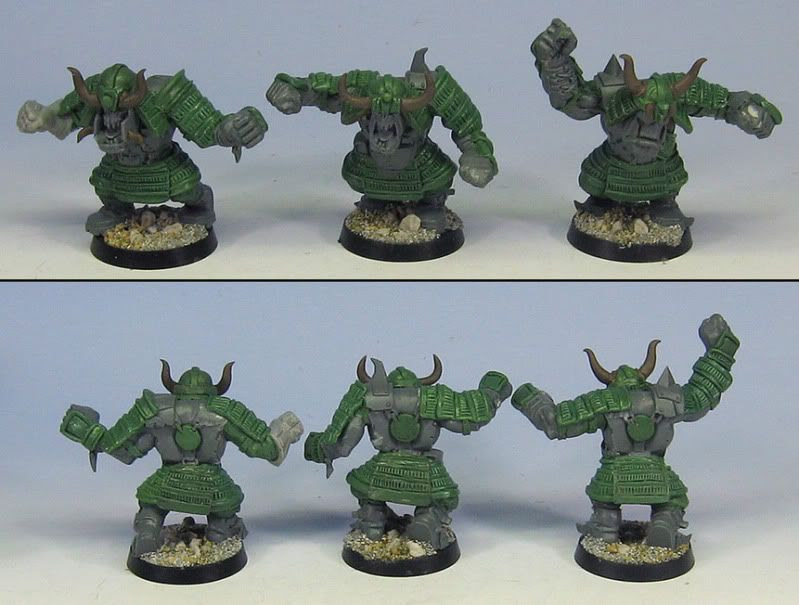 As you can see, the raw parts of the orcs came from many sources.  WFB and 40k minis, really old Blood bowl orcs, you name it.  The green stuff had to be done in several stages, which made it a very laborious project!