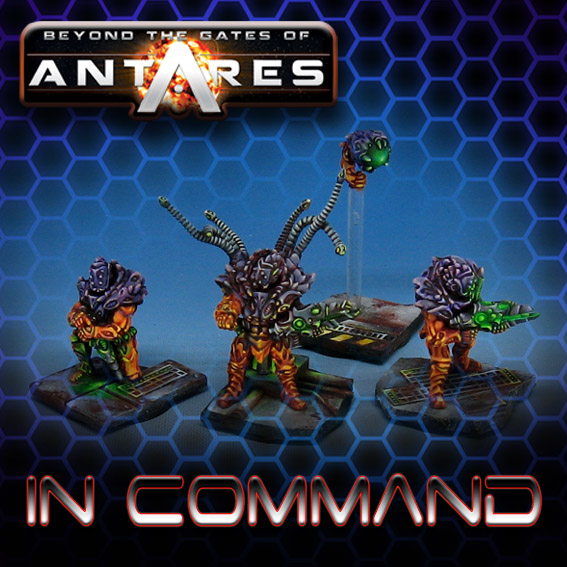 Next up for the Isorians is a command team. 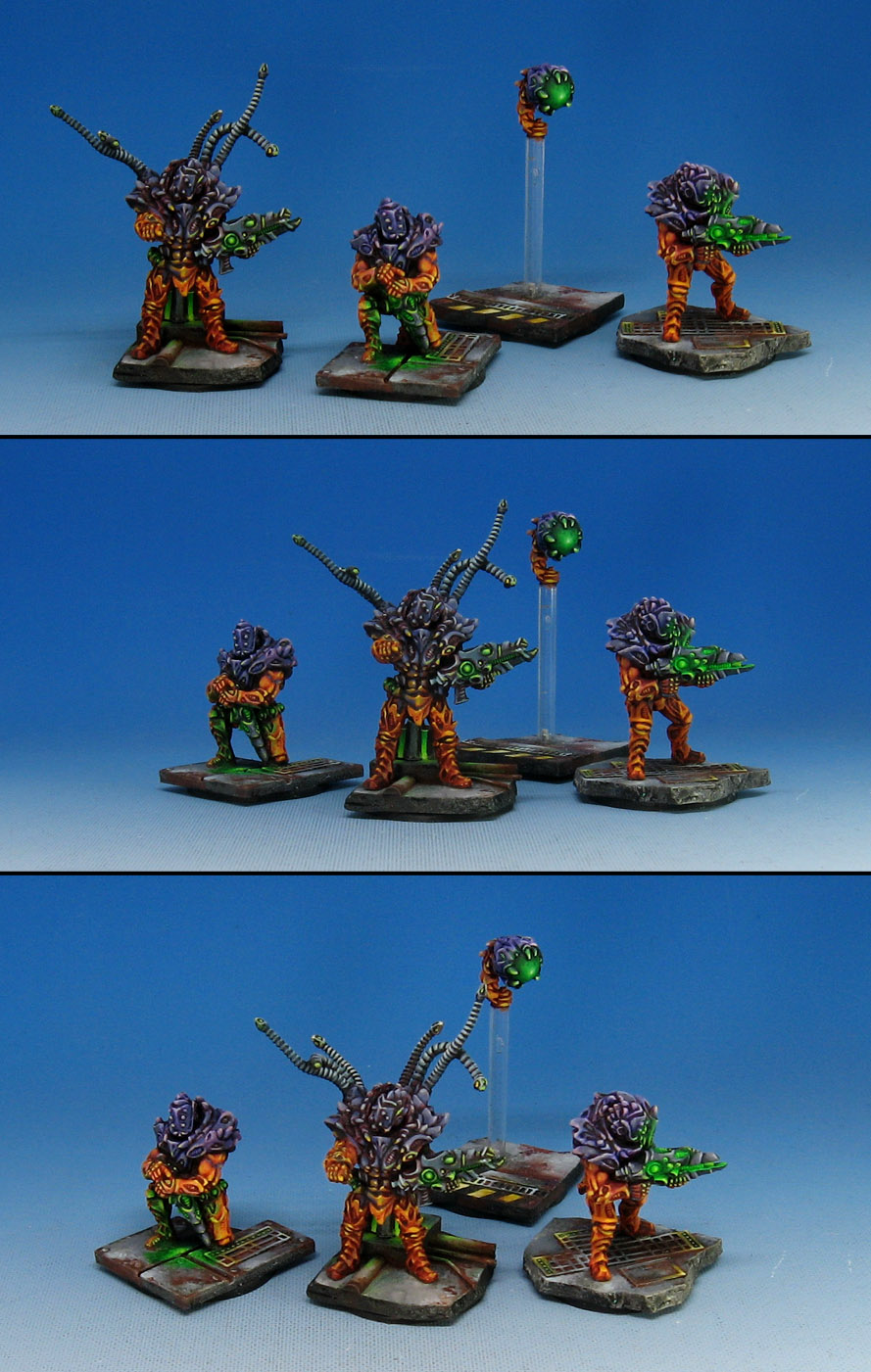 It wasn't until I started painting these guys that I noticed some differences in their armor.

Of course, I could not resist putting some glowy conduit style objects on the base of the overall commander!

You can see a few other effects of that glow in these views of the base.

The rest of the team had the same kind of heavier armor pattern. 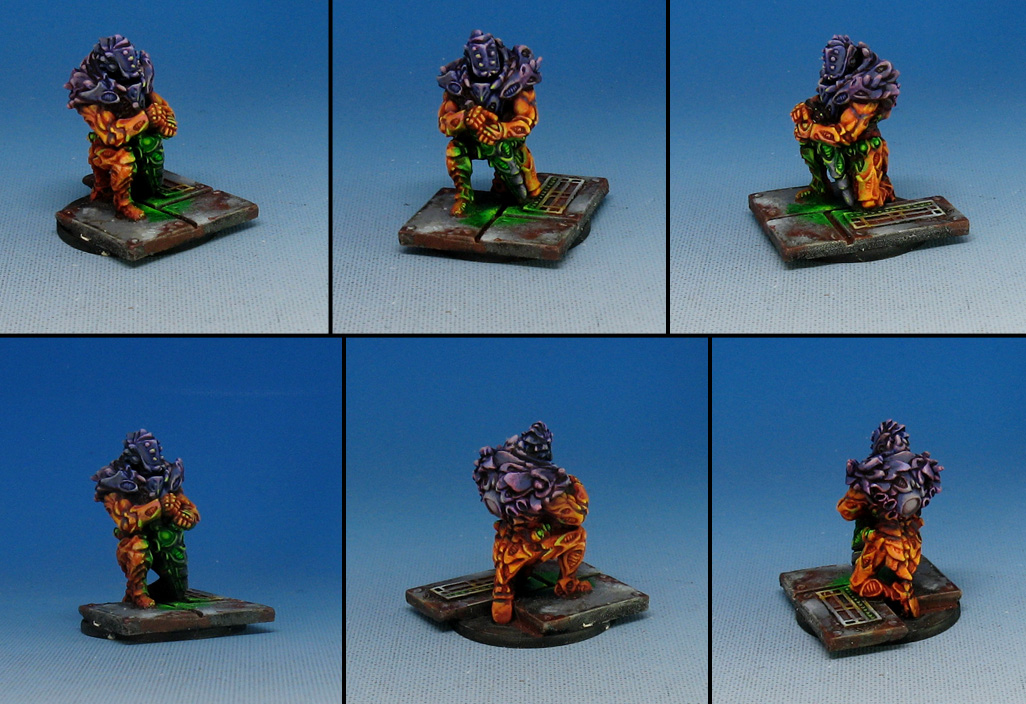 I also tried to create some similar effects of the bases, and sculpted them of the same materials.  The majority of the base is sculpey pressed into a Happy Seppuku mould, while the extra details are actually bits of stowage cages from Secret Weapon Miniatures.

Still, I wanted the bases to fit into the overall whole of the army. 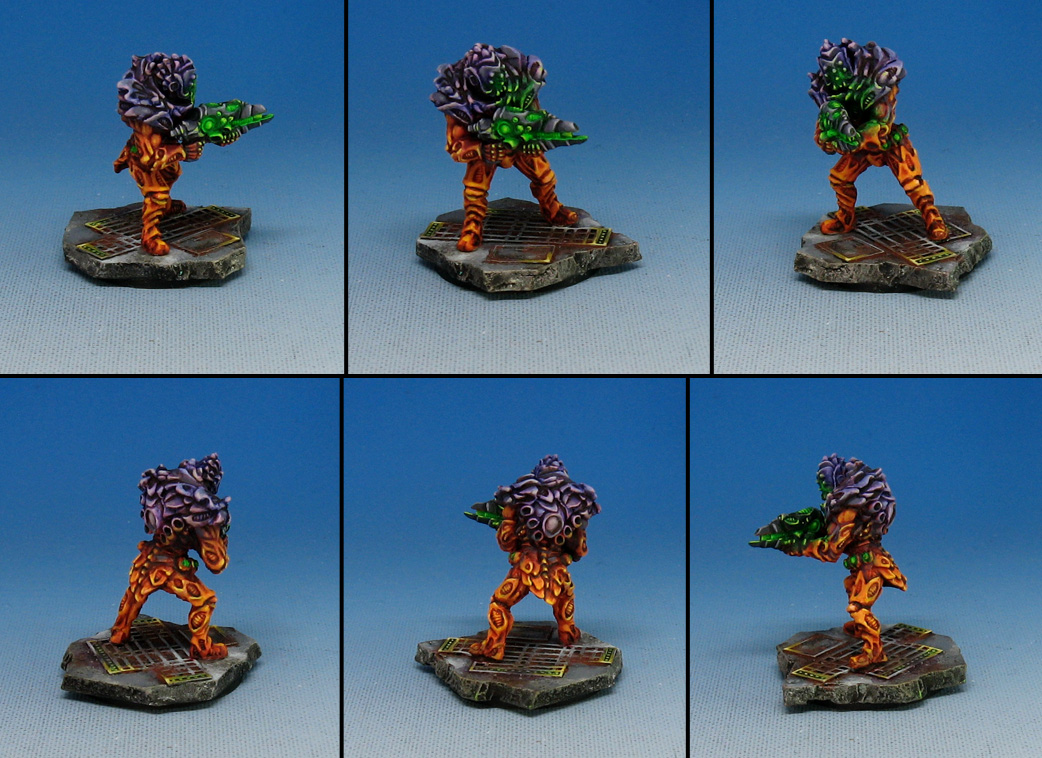 One last base!  There is much more to come from the Isorians, so stay tuned!!