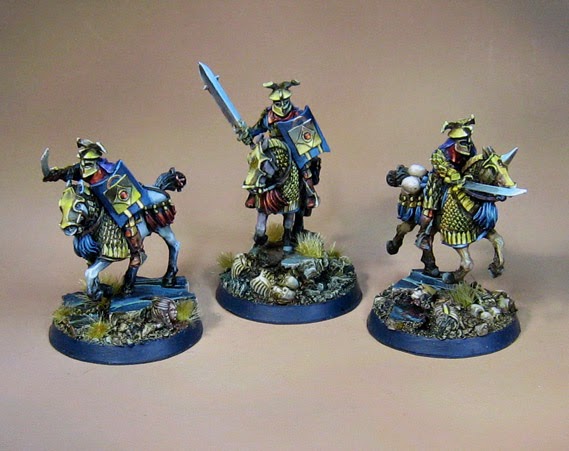 Here's something I have been itching to do for a while... shoot the Easterling minis on the new backdrops!

I still love my Easterling cavalry, especially my converted cavalry standard bearer.  He was an important part of my command staff.

This minor Easterling sorcerer was also a big part of the army.  His Fury could be a key game changer at just the right moment! 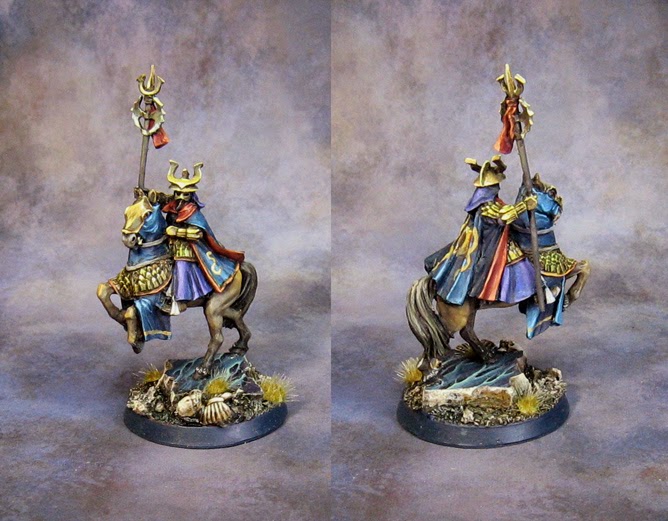 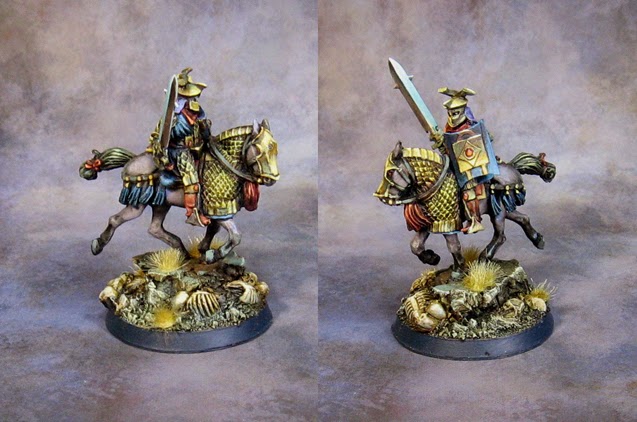 The War Drum was crucial to everything, contributing to the speed and violence by giving everyone a plus three movement!  Combine this with the Khandish Chariots and the rest of the Kataphracts 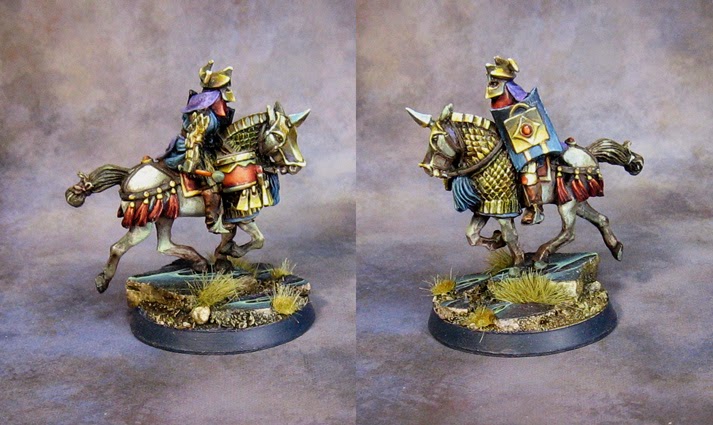 This is the Group of Death, which dealt out a lot of punishment in combination with the Chariots and even the infantry. 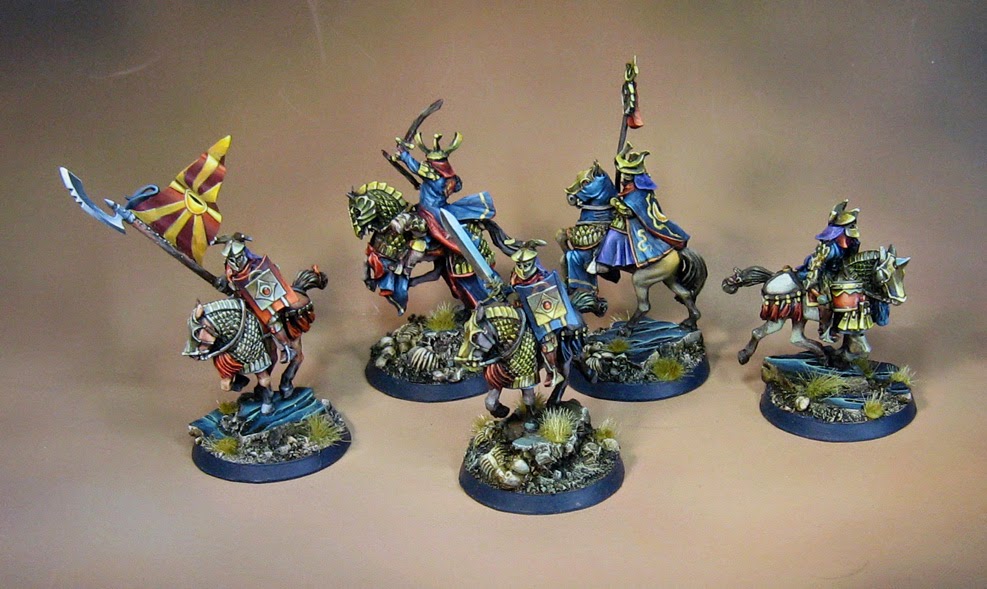 The two bladed Champion could provide some nice attack bonuses on the charge.  There was a lot of synergy, which made it fun! 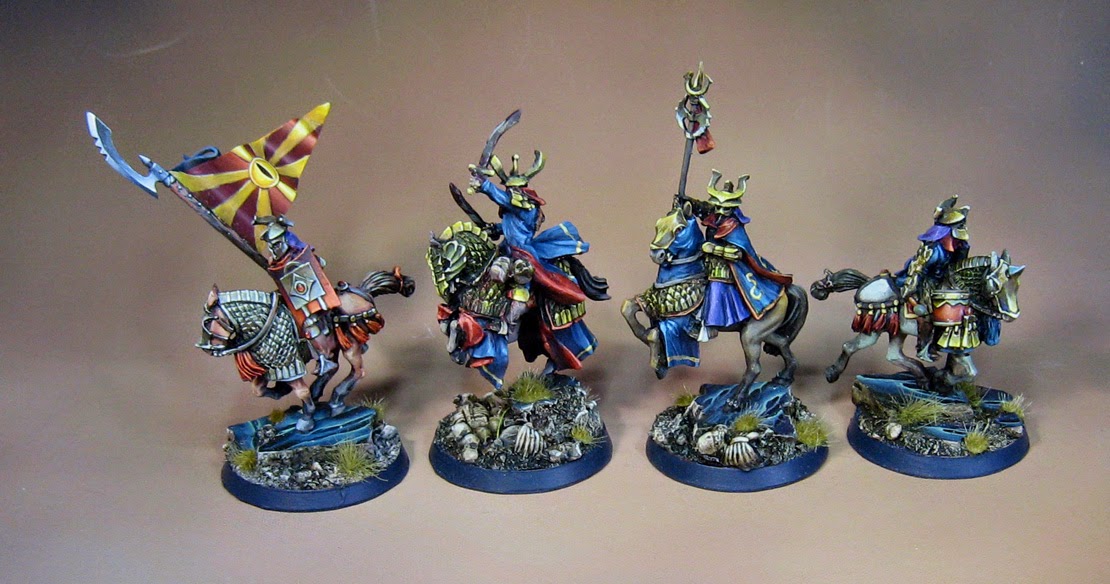 I believe a good number of these were upgraded to Dragon Knights, so they were even nastier...

The whole crew again, from a different angle. 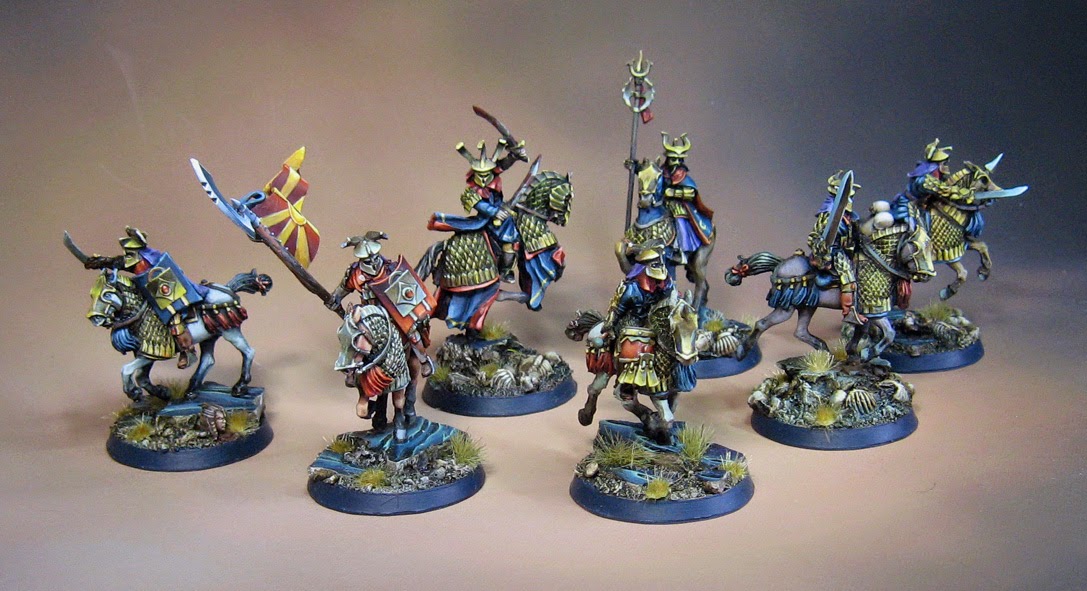 And from above!  My next set of group shots will show the infantry.  Not only were those extra pikemen important on their own... but you needed 'on foot' versions of the Kataphracts in case the horses were shot out from under them! 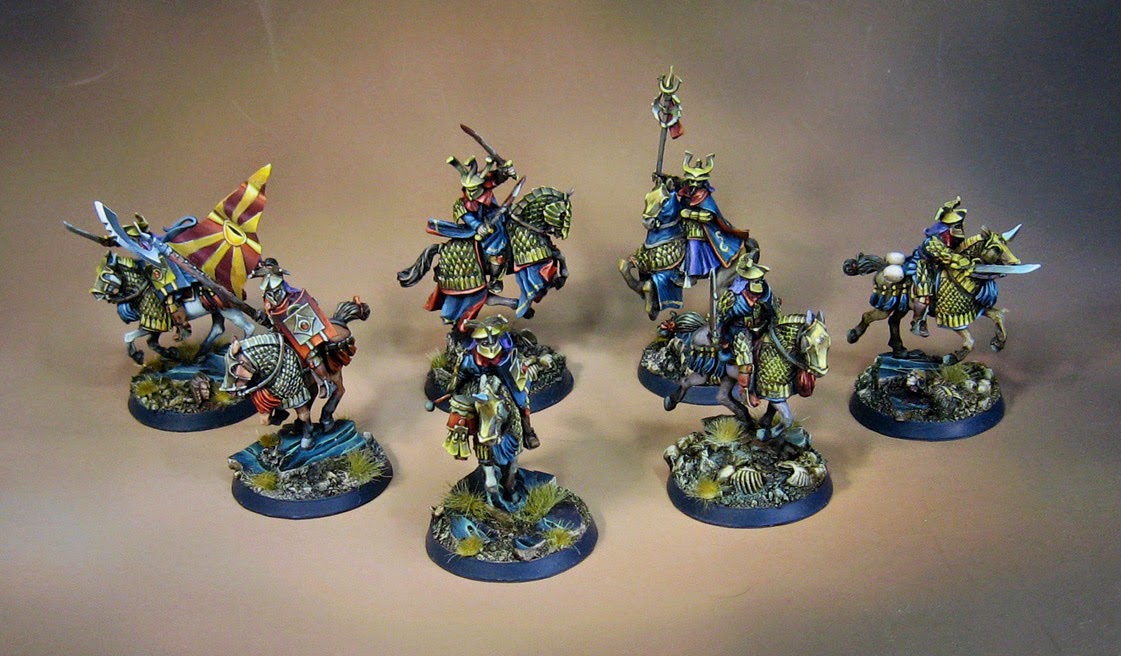 A peek into the Palantir 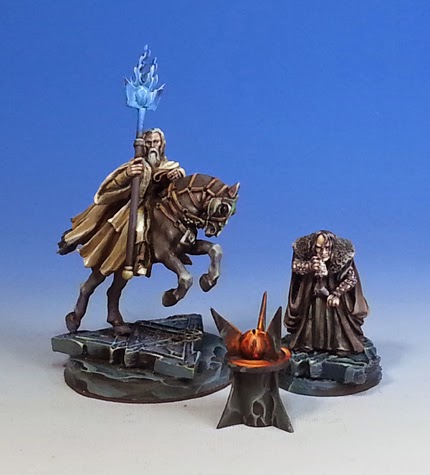 This was a very fun set of figs that I made for our Lord of the Rings games.

I wanted to set up the Sauruman/Grima whammy on the opponents might, along with a few other nasty tricks! 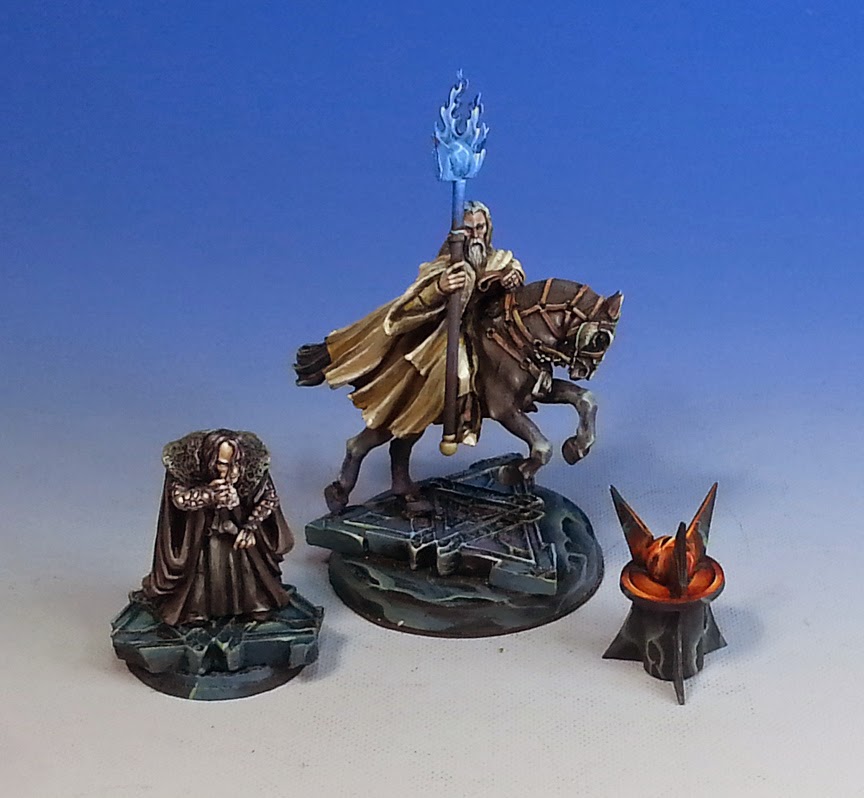 I converted a Wraith figure using some Empire bits to make a mounted Sauruman figure.  This was to be sure that he could keep up with the Khandish chariots and Easterling cavalry. 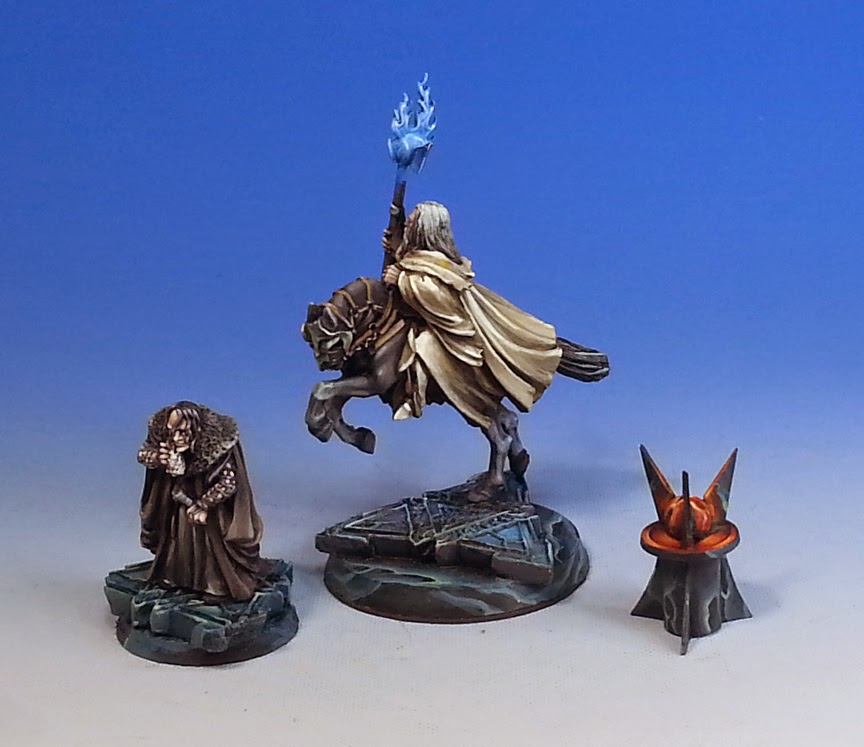 He would knock down the hapless opponents (usually Gondor), taking them down like bowling pins.

This meant that the chariots and Easterling cav could jump all over them.  Yes! 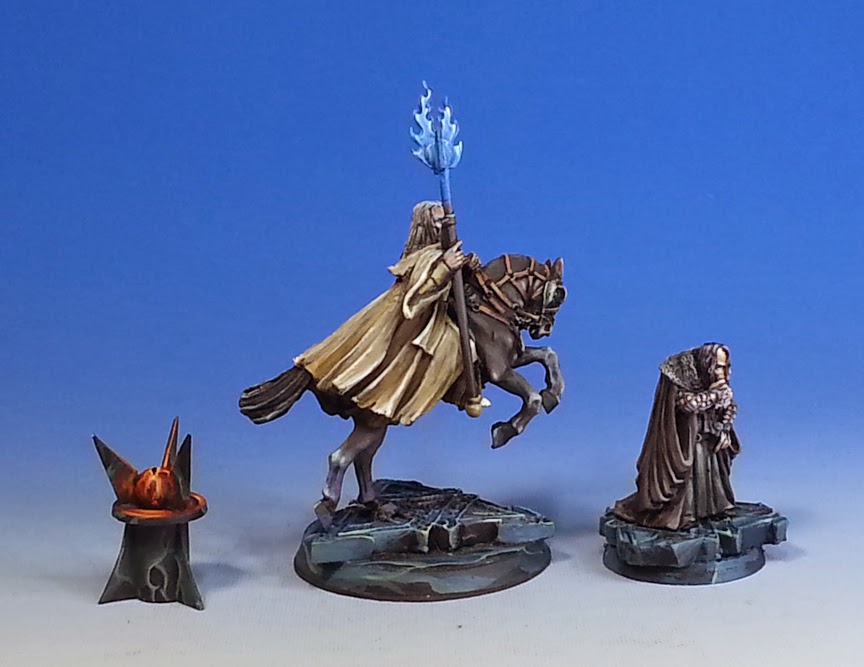 Grima was there to cancel out the might points of big time guys such as Aragorn, etc.  Crying into his hankey was just the trick, as Aragorn ended up with some Khandish tire tracks on his face. There are a number of significant trophy heads on the Khandish King's chariot due to Sarumon. 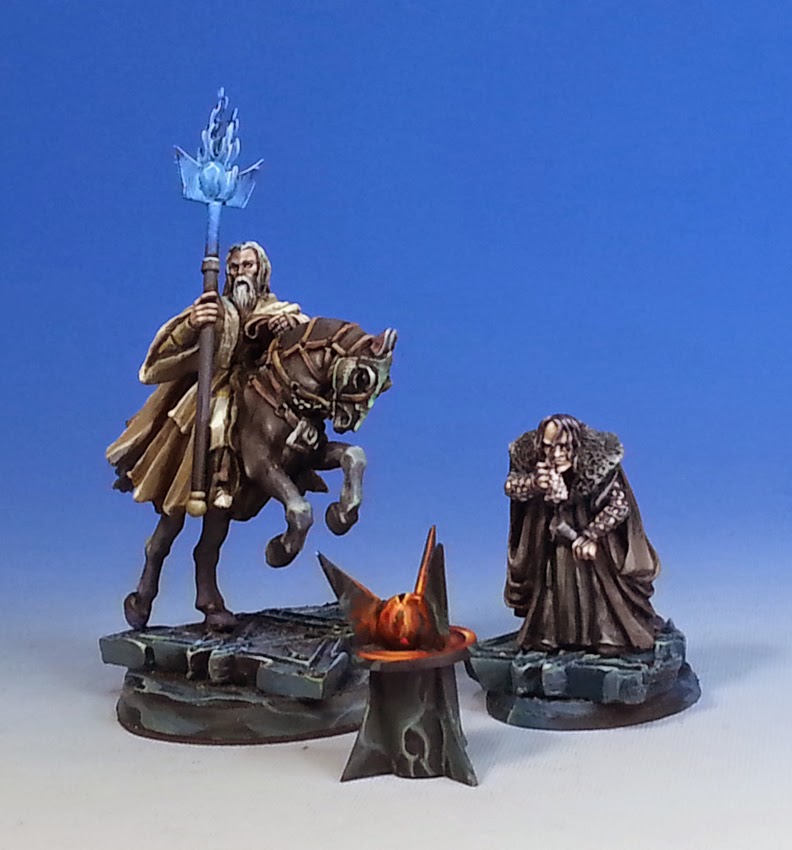 I was really curious to see what these would look like on the various Hangar 18 backdrops.  The red one for sure! 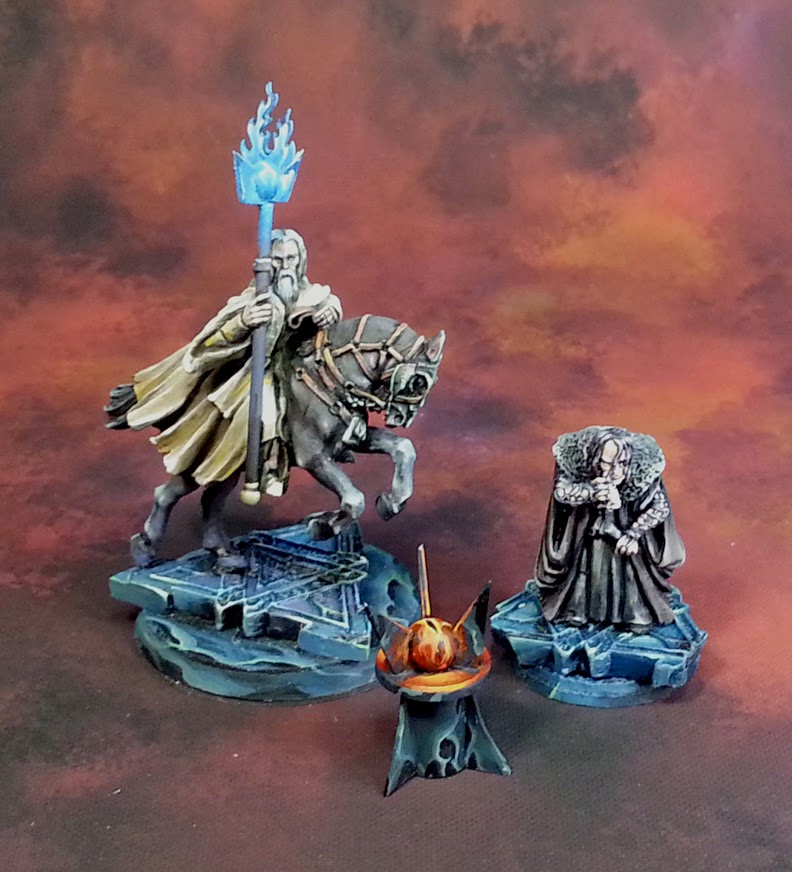 I thought it might compliment the blue/black marble, and even enhance the Palantir. 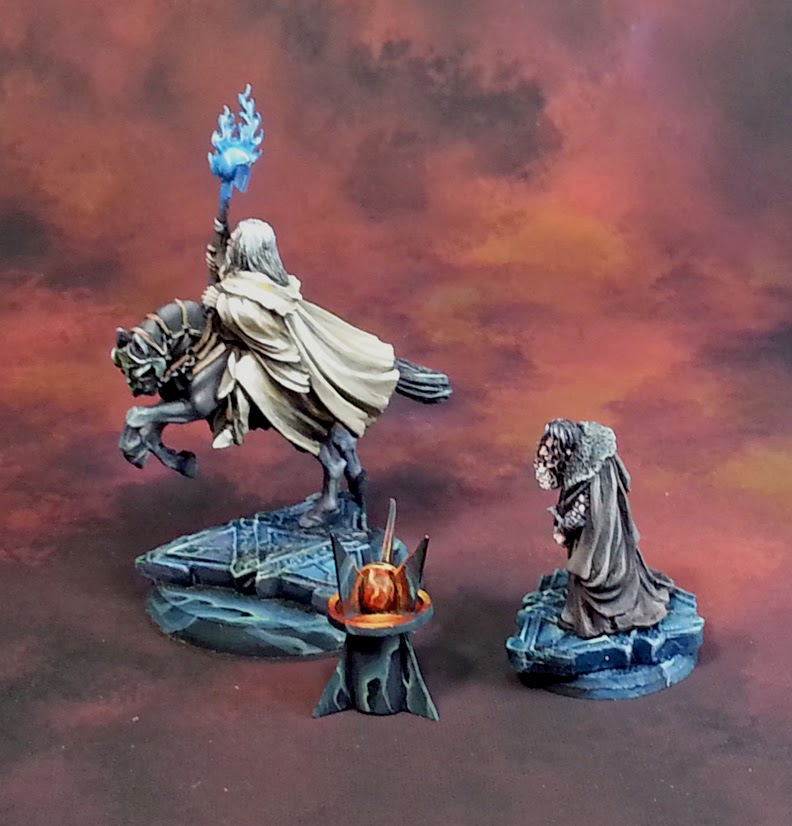 I thought I would try this one as well. 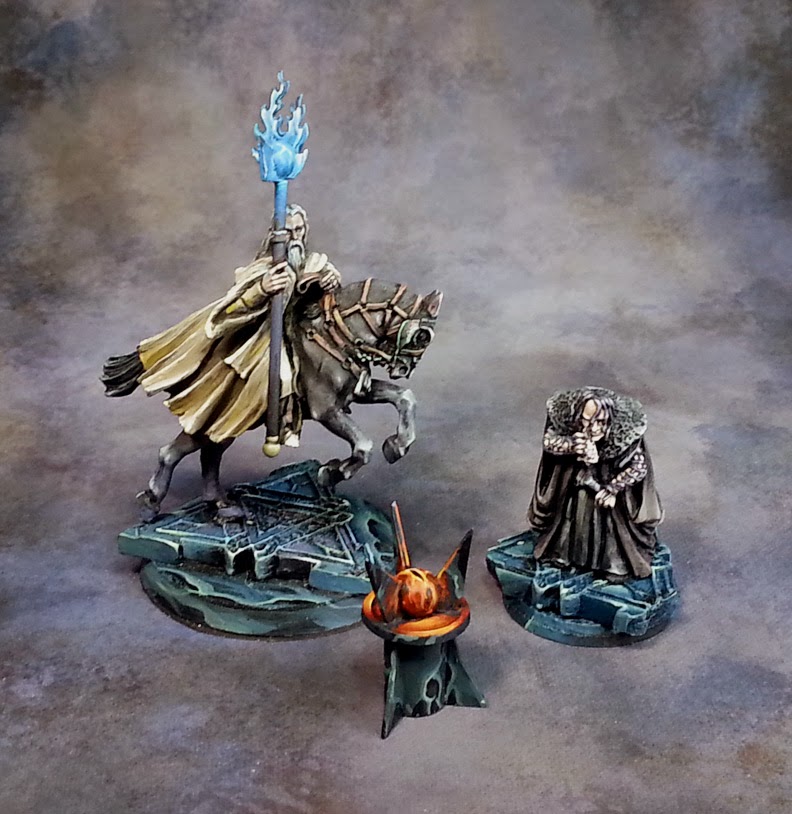 It's a bit like Orthanc... showing of the marble nicely, along with Sarumon's robes. 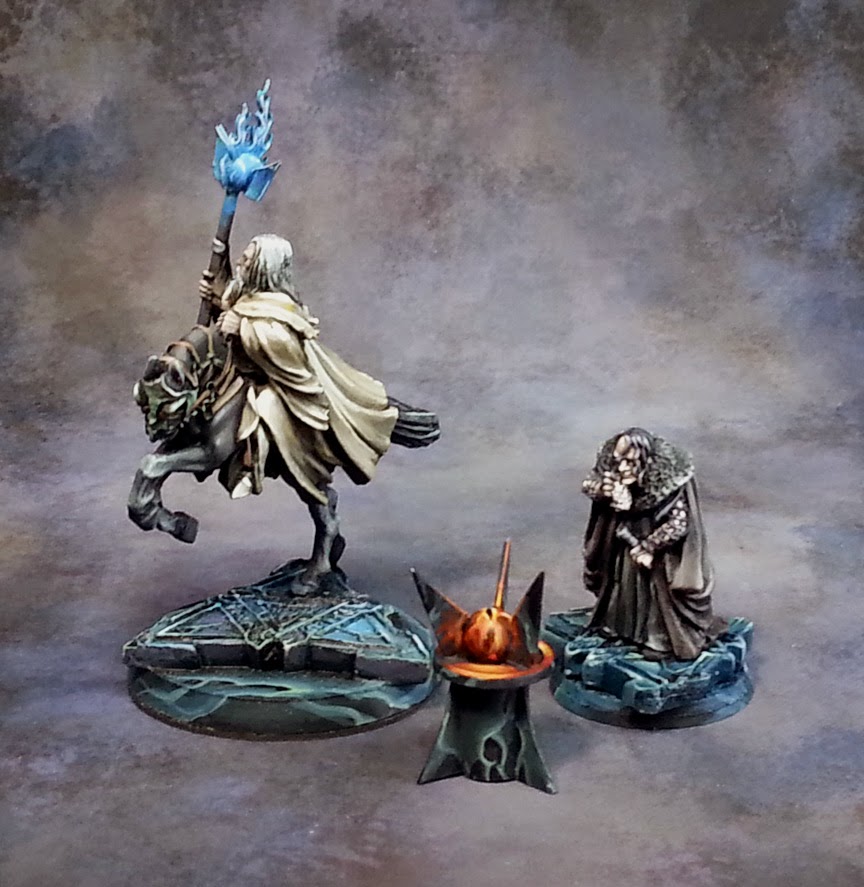 I do hope to try out these guys again... perhaps at Adepticon!!! 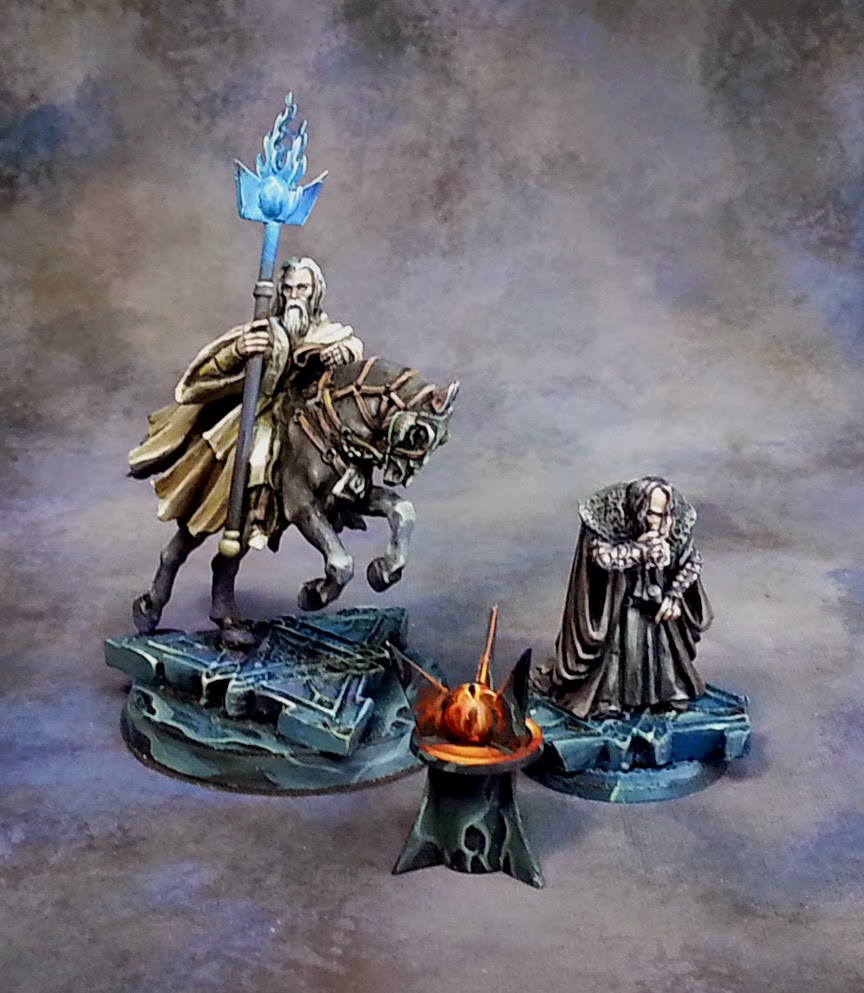