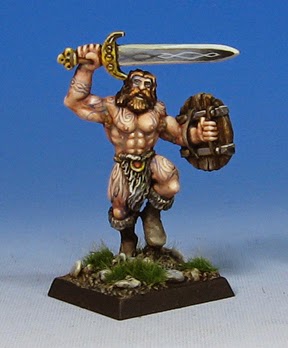 Sorry about that... couldn't resist!

This guy is one of the first Reaper miniatures that we purchased long ago.  It was one that I had been planning to use for the Slaine campaign as one of the Gaels.

He was already about 80% finished, so I did the last little bits, and here he is!

Obviously lots of fun little tattoos and such.

He's also here, as it's that time for EBAY funds again:

A horse of a different color 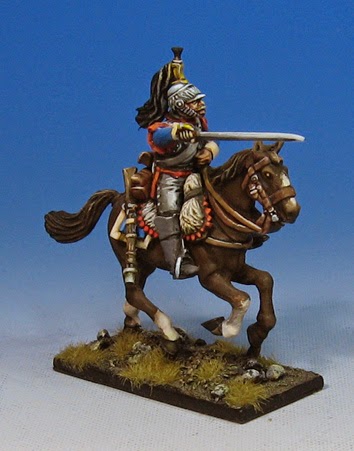 As I have mentioned, having variations in the horse colors for this project is very difficult. 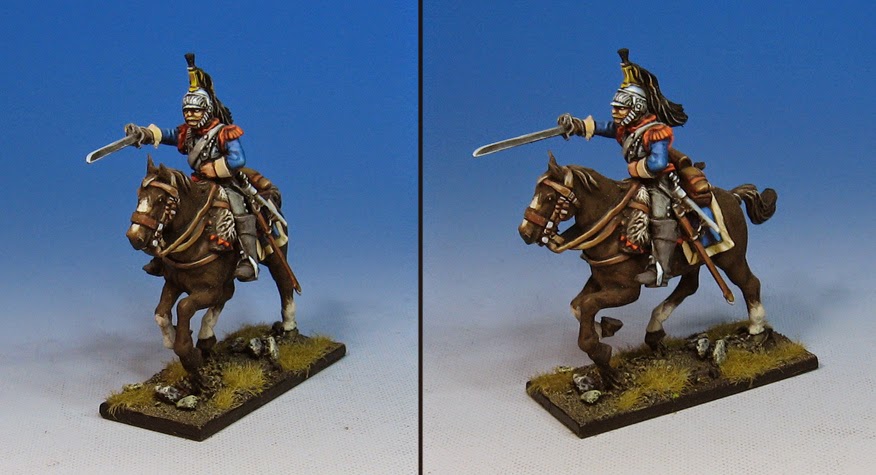 The primary constraint is that nearly every horse must be some shade of dark brown. 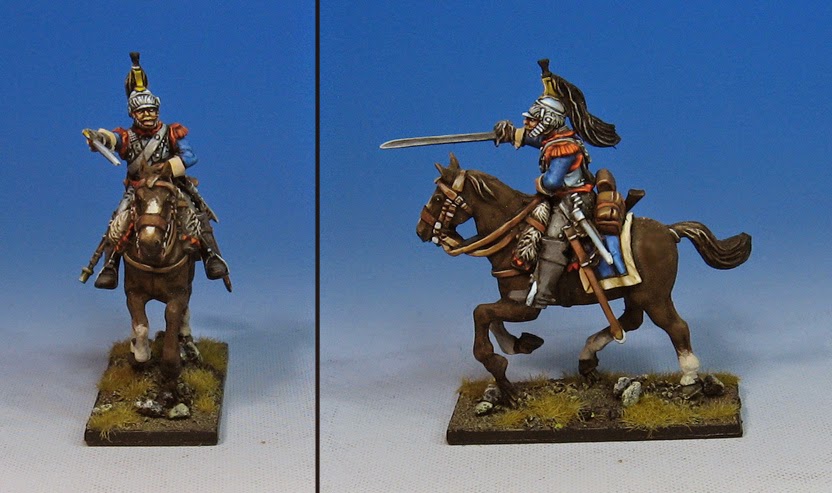 I have tried to achieve the separation by making some a bit more red, while others, such as this one, were darker with cooler shadow areas.  This meant mixing more blue with brown in those sections. 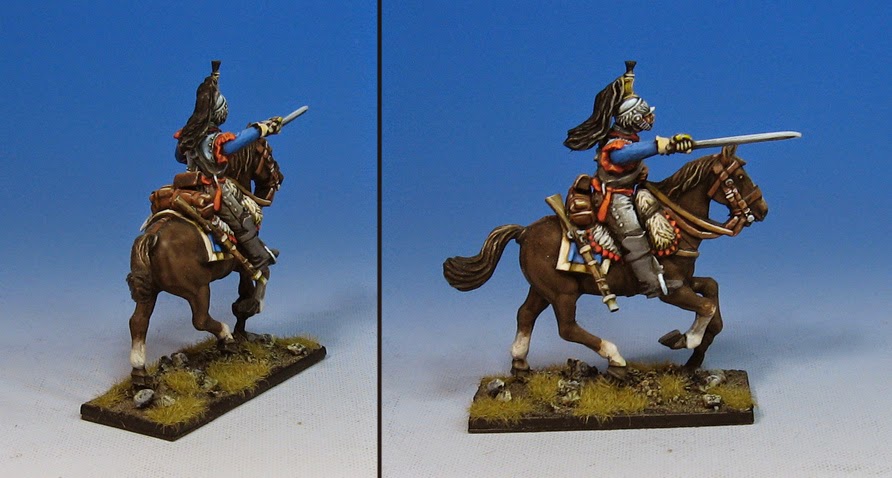 On other horses, I even added a tiny bit of yellow to the brown... once again in an effort to make things somewhat different.  Of course, there were also other markings, such as some 'socks', as I did here.

The white patch on the face is also a fun change here and there! 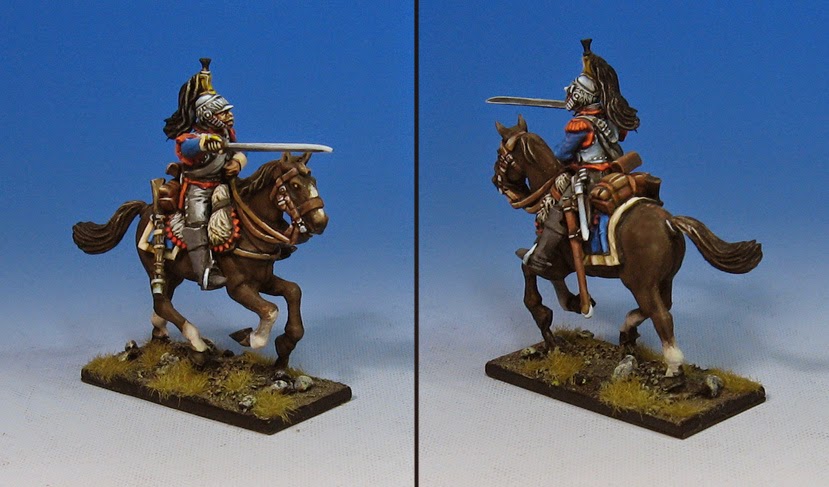 This puts that theory on display.  Reddish on the left, more yellow next, then white, then the darkest colored horse on the right, with a few markings. 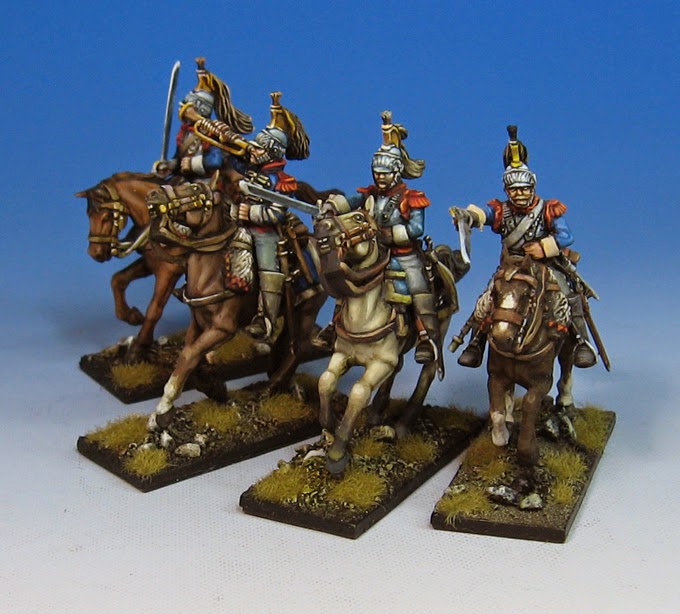 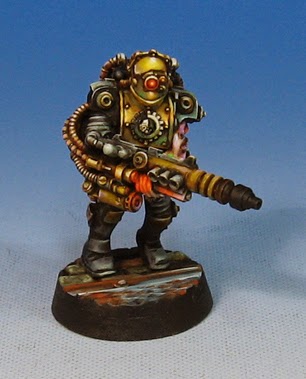 Another Thrall for you!

There seems to be three main poses.  One of them is the version with the bionic leg.

The arms don't always want to fit onto the torsos, which is a source of aggravation...

Posted by wappellious at 2:15 AM No comments: