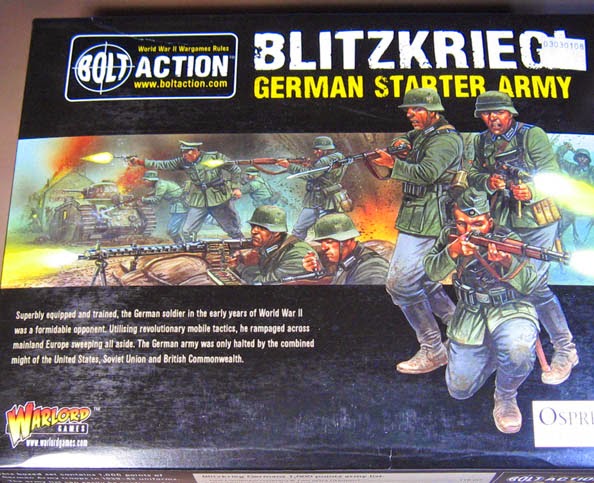 Bolt Action, that is.

In 2014, I was introduced to Memoir '44.  As you know, it quickly became my favorite game!  You have also witnessed many paint sessions on vehicles, infantry, and terrain.  The idea was to slowly work my way into historical miniatures, which was the one remaining genre I had not tried.

I had always worried about the limitations of historical minis... assuming that I would be locked into repeating the same color schemes over and over again, forced to follow strict Osprey publishing guidelines.  As it turns out, it has not really been the case.

The more Memoir '44 items that appeared on the blog, the more the hue and cry arose for Bolt Action figures.

I had not heard of that system before (Flames of War was the game that I had first seen years ago), but it kept popping up in my Facebook feeds.  More messages on the blog continued to call for them... since folks were getting very curious to see what I would do with a tank that is actually larger than a nickel!!

So, Marty kindly introduced me to the world of Bolt Action.  This is the standard German Starter Army.  Let's see what's inside! 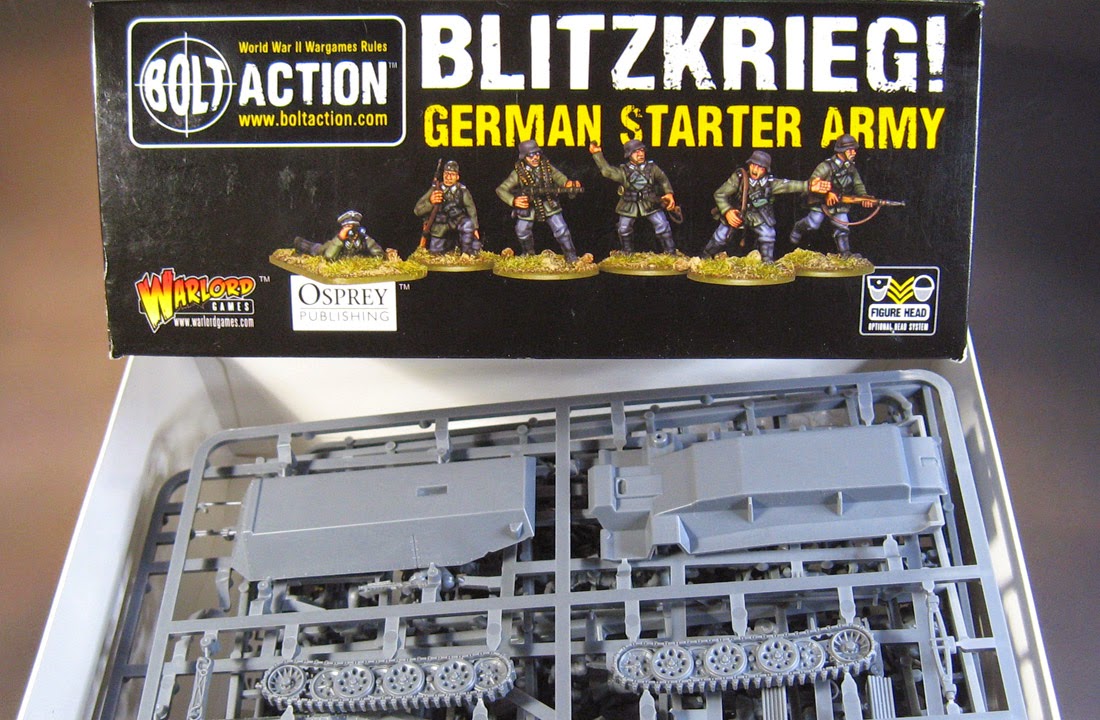 I was very surprised to see that almost everything was plastic.  For some reason, I thought that it was all metal and resin.  I believe the switch was made a few years ago... 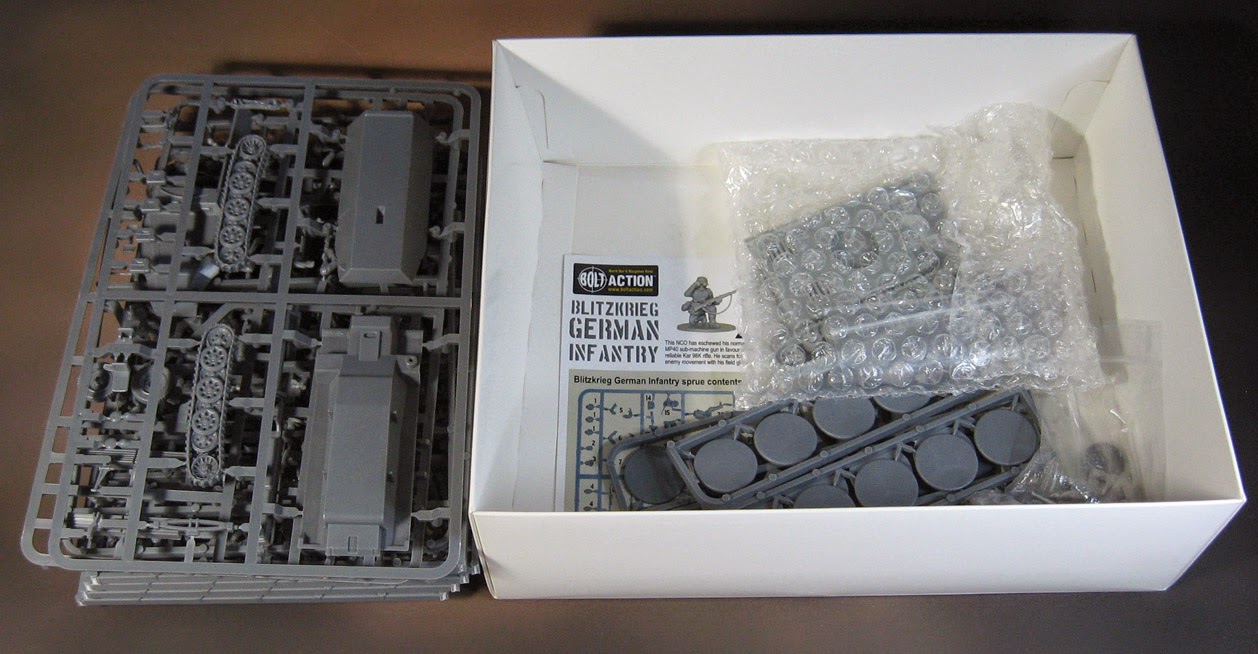 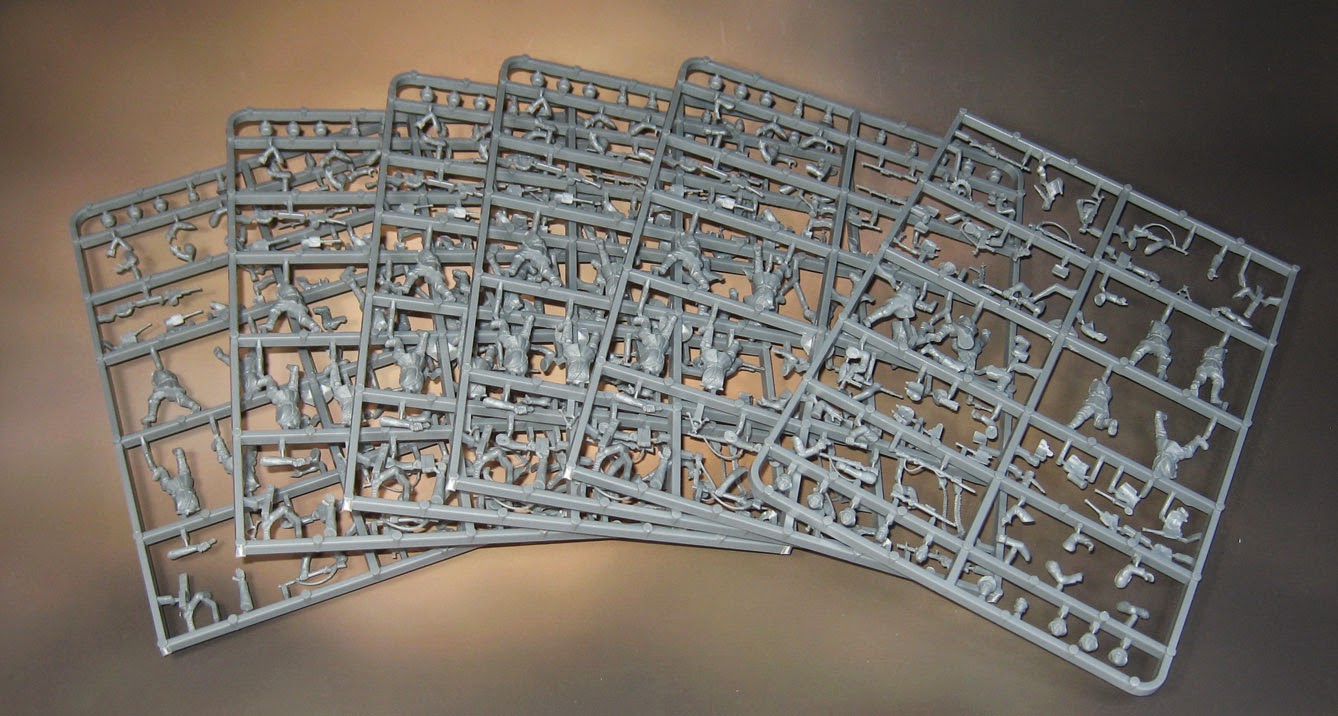 And the half track sprues. 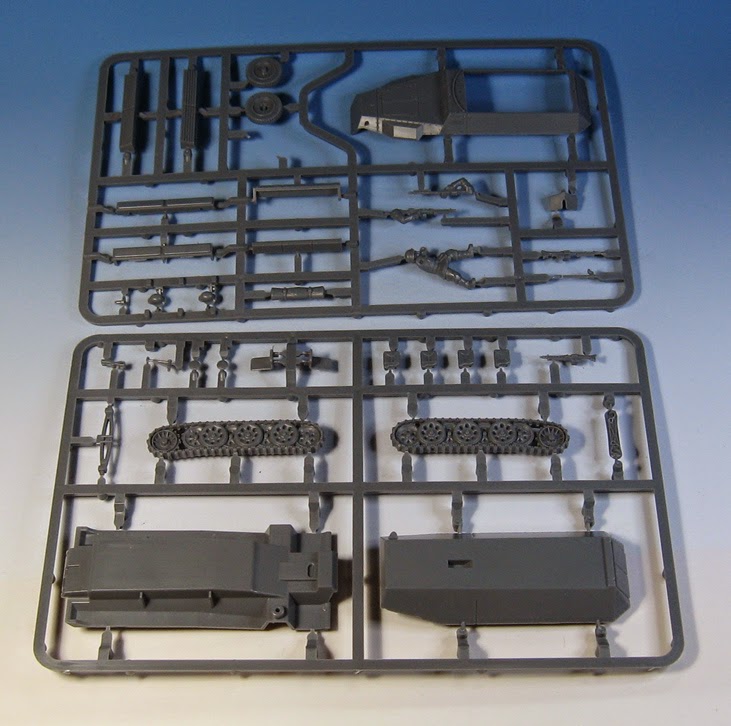 Some handy instructions, and the bases, which are essentially 25mm rounds. 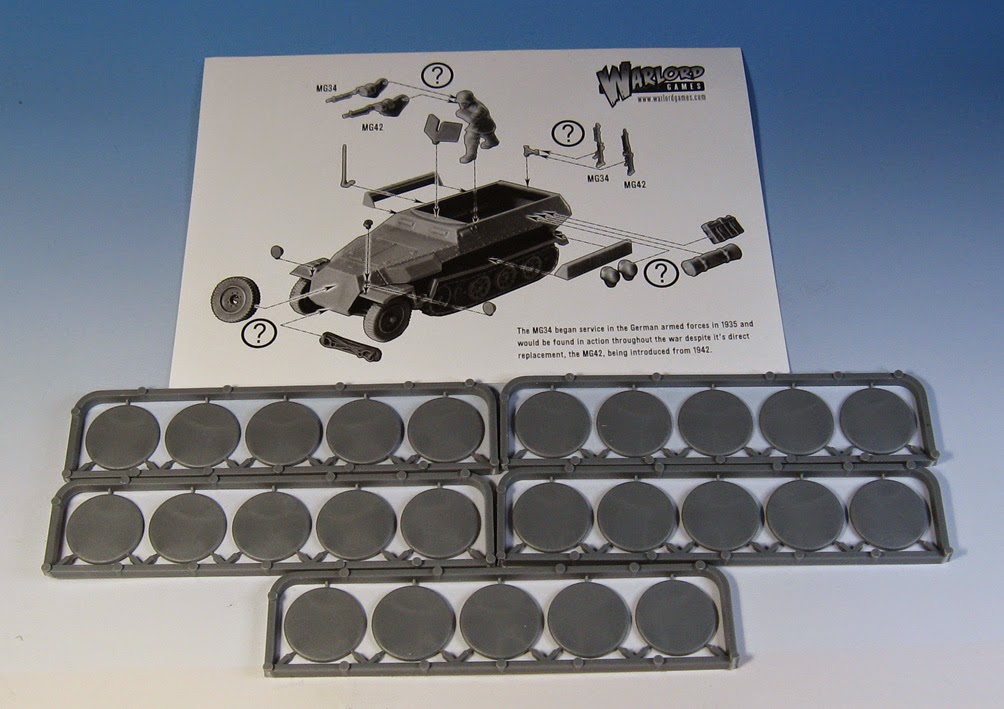 The PZ IV is resin, with a few metal pieces. 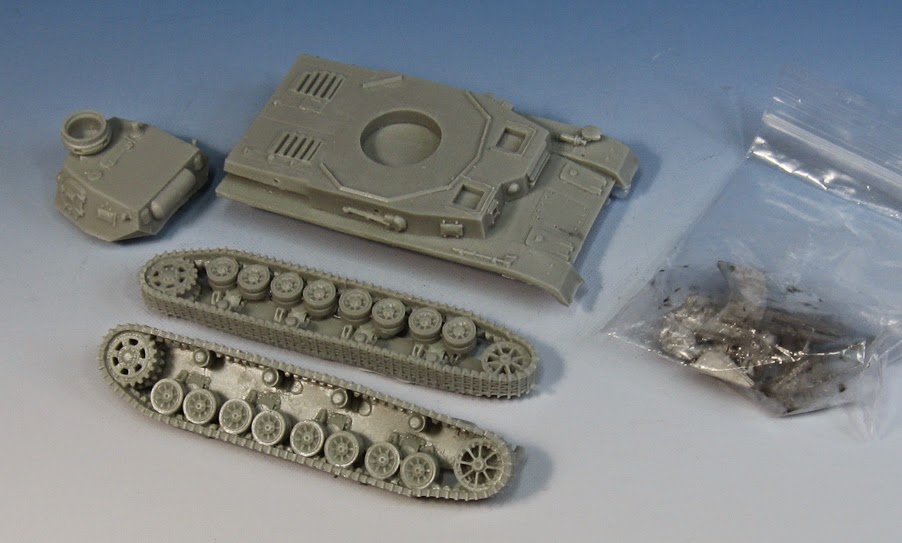 Here's a shot of one of the infantry sprues. 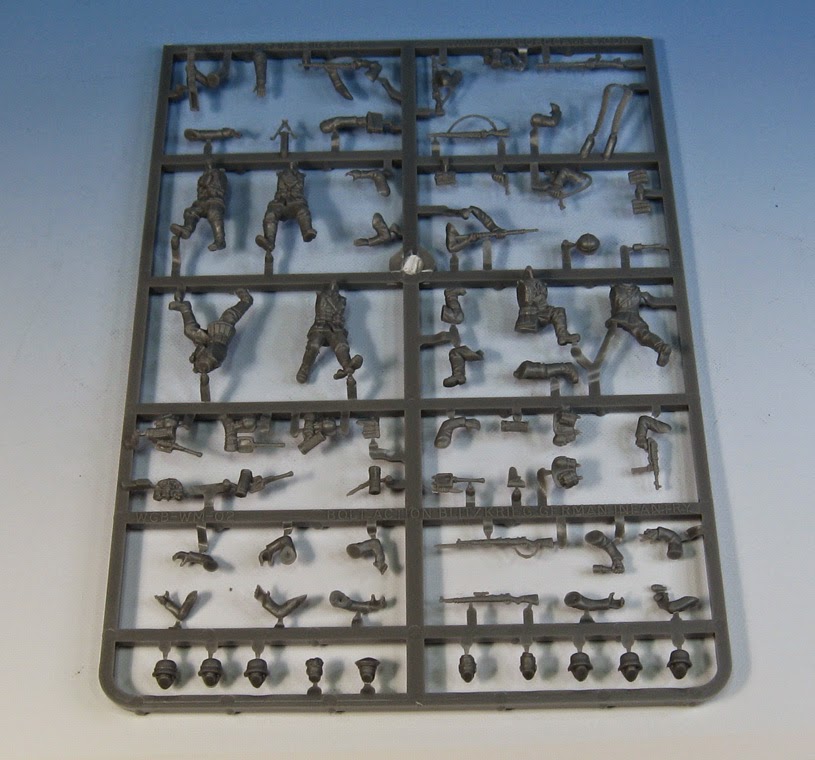 You also get a mortar crew, and an artillery piece. 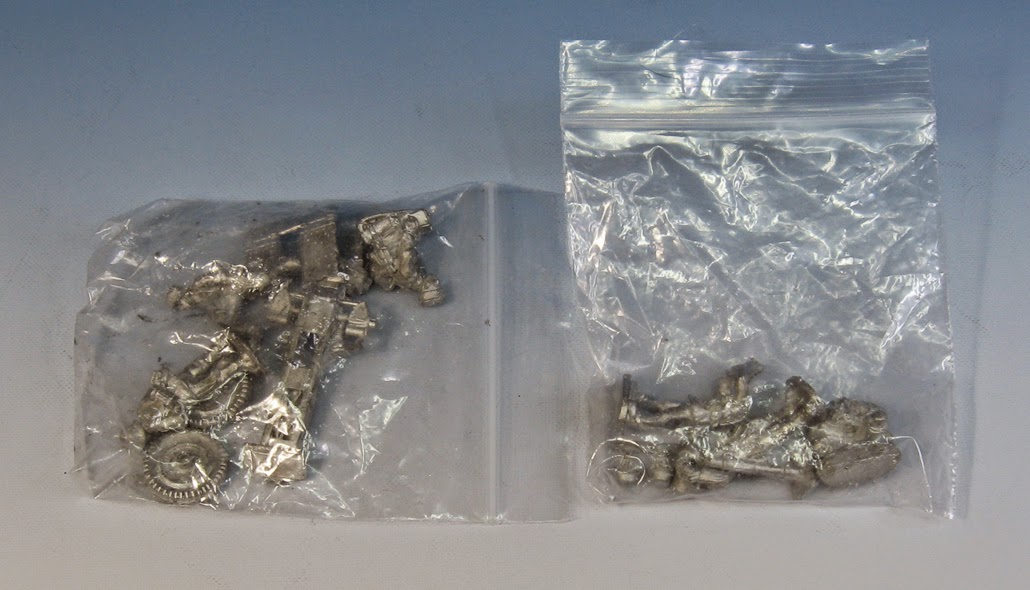 Both of these crews are in metal, as you can see.

Well, I guess you know what is lurking for 2015!  I am looking forward to trying out these 28mm scale WWII figures. 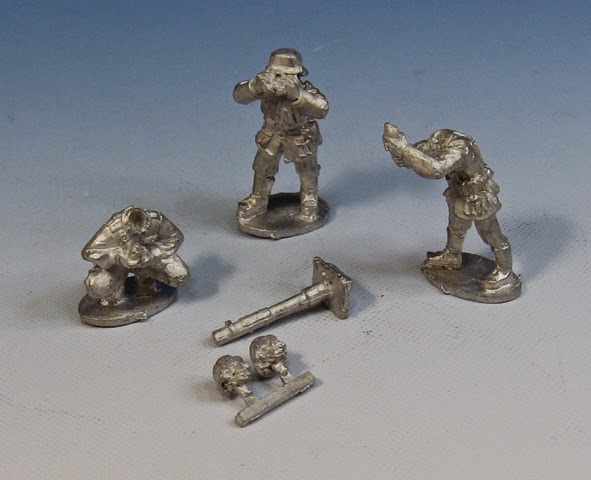