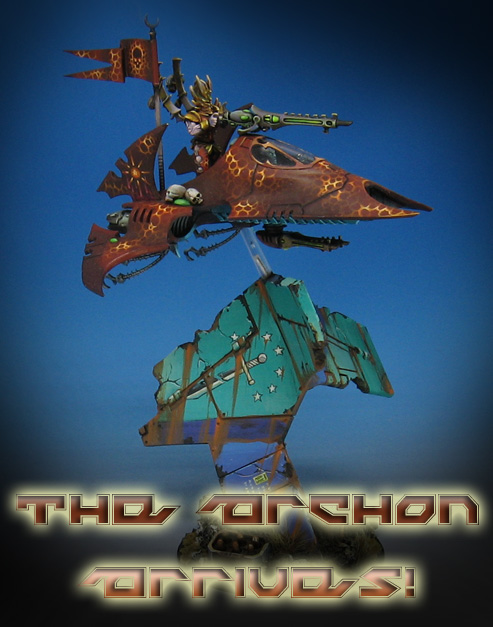 This was the most elaborate basing that I did on any of the Venoms.  Since it was the Venom for the Archon and the Incubi squad, it seemed appropriate to make it extra special!

It was an homage to a strange sculpture in front of Midway airport, which we have always referred to as the "Crashed Plane Sculpture".

It looks like the aluminum tail of a jet liner sticking up out of the ground at an odd angle... eerily resembling a crashed plane!

Me live very close to the airport, so 737 jets scream over head all day and much of the night. 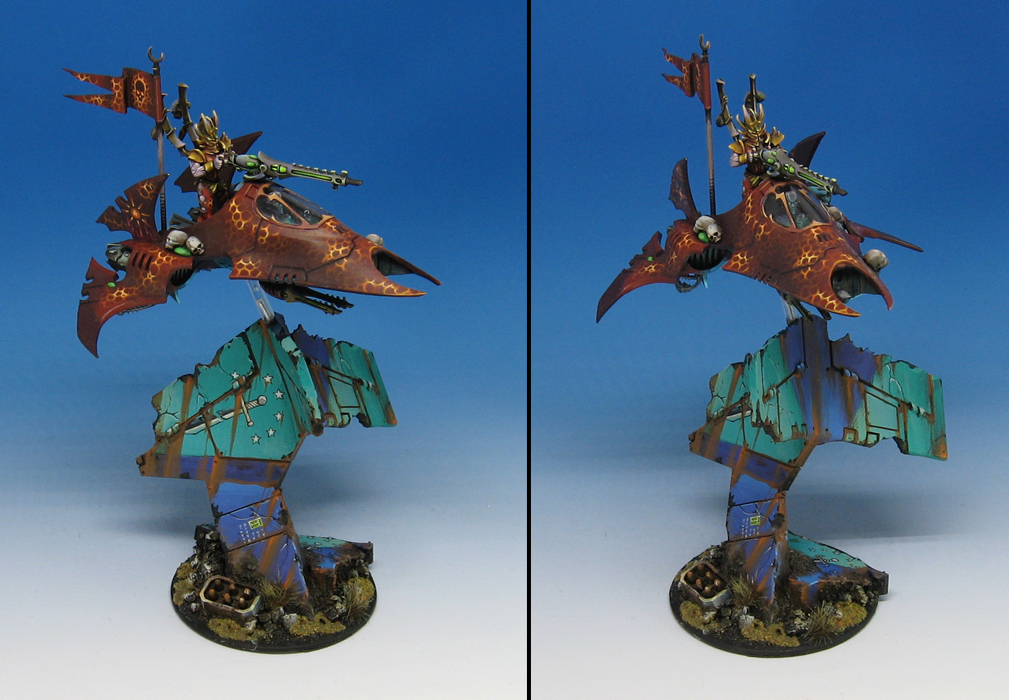 The markings on the tail are from the Space Marine splinter chapter against which this army is fighting.  The army display board also incorporated bits and pieces of tanks and other craft such as this to continue that theme. 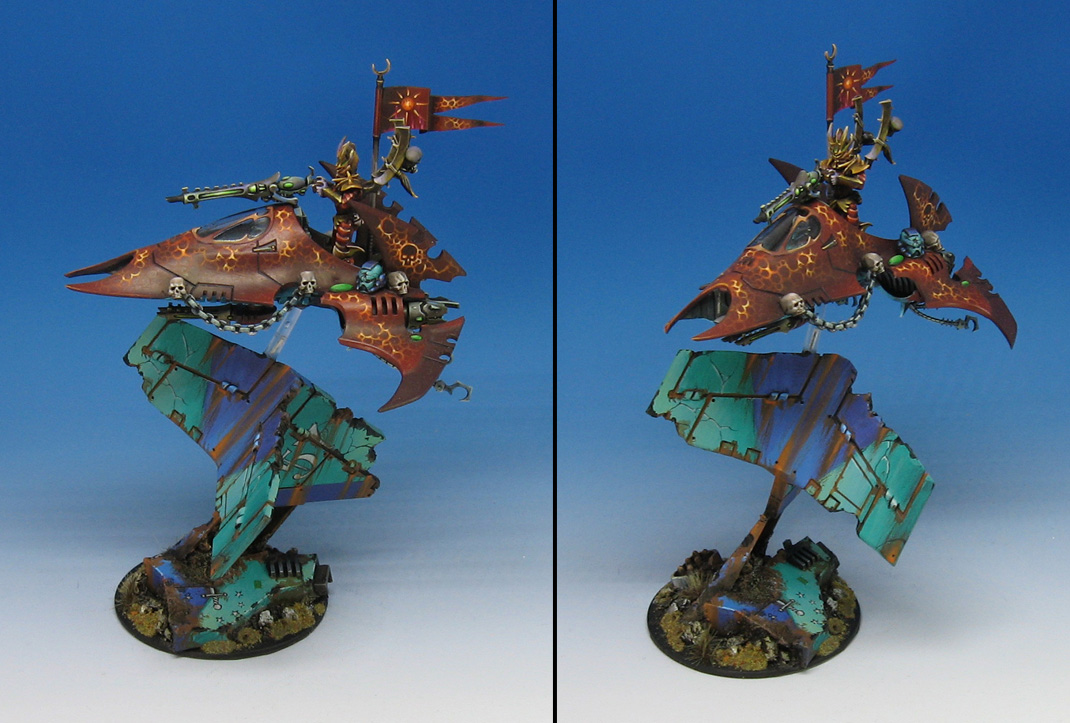 You can see all of that in the Dark Eldar section of the blog. 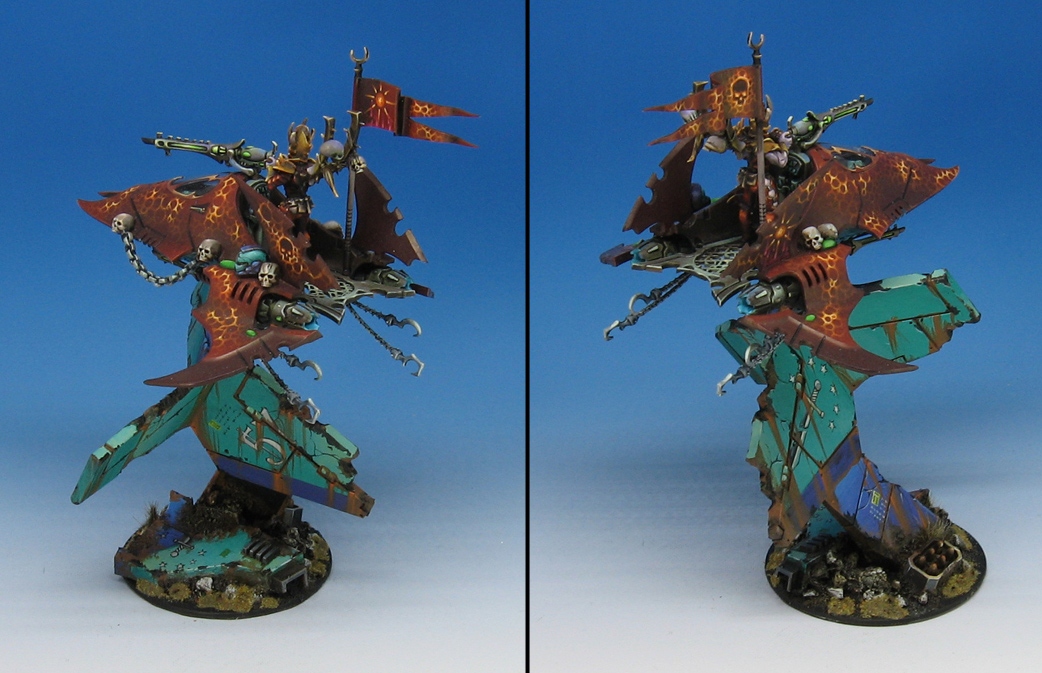 I also had a lot of fun with the freehand designs on the Venom itself, adding some icons on the banner as well as the same freehand hull patterns. 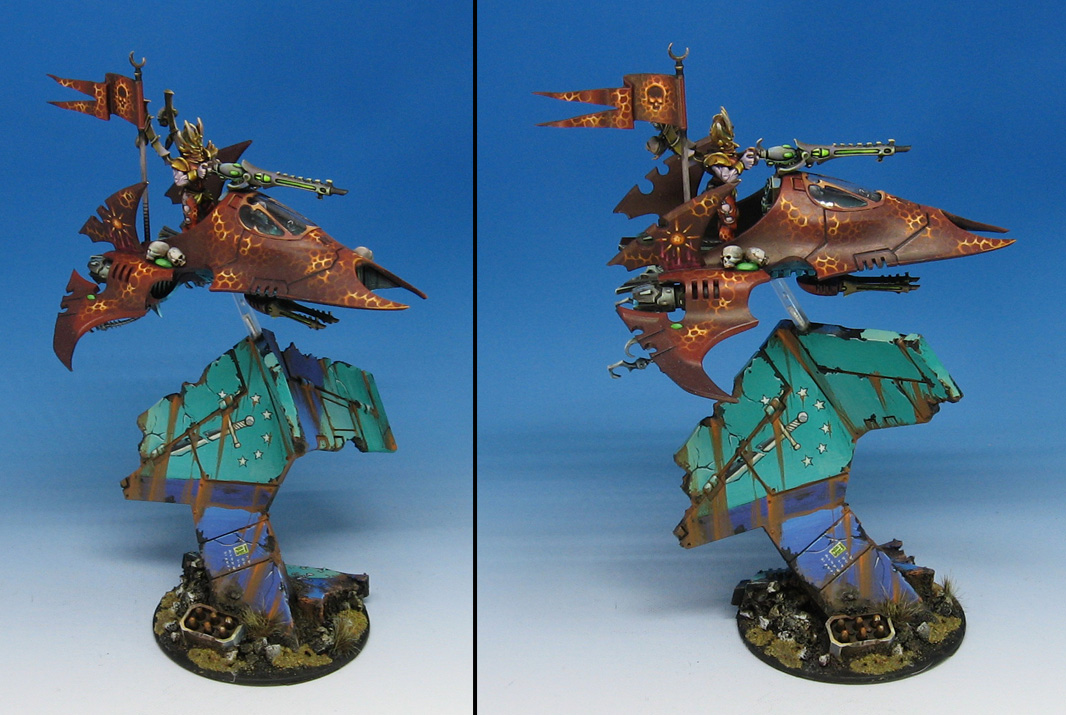 These views give you a better look at the hull patterns. 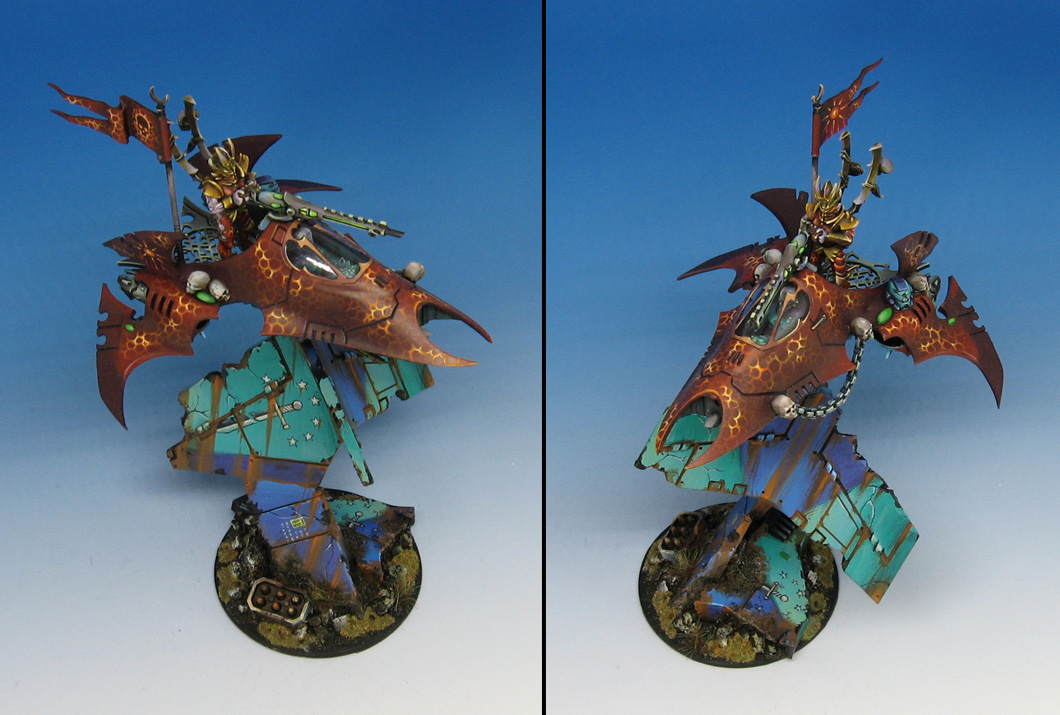 Overall, it was a very fun piece!! 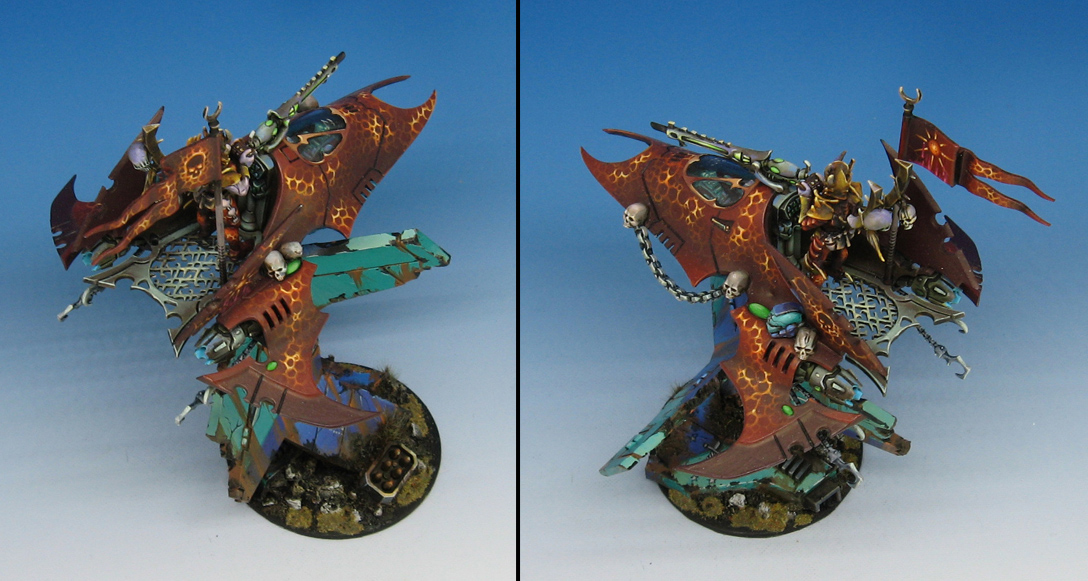 Posted by wappellious at 12:25 PM No comments: