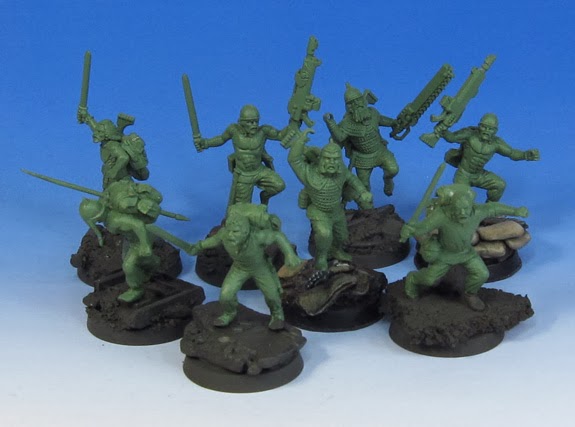 OK, back to the first set of conversions I did that would serve as conscripts for the upcoming Imperial Guard army.  The original figures are Wargame Factory (corrected to Warlord Games)  Ancient Celts... or at least I think they are!

Obviously, I have added some actual GW I.G. bitz, such as the lasguns, grenades, and so on. The backpacks, however, are from Victoria Miniatures. 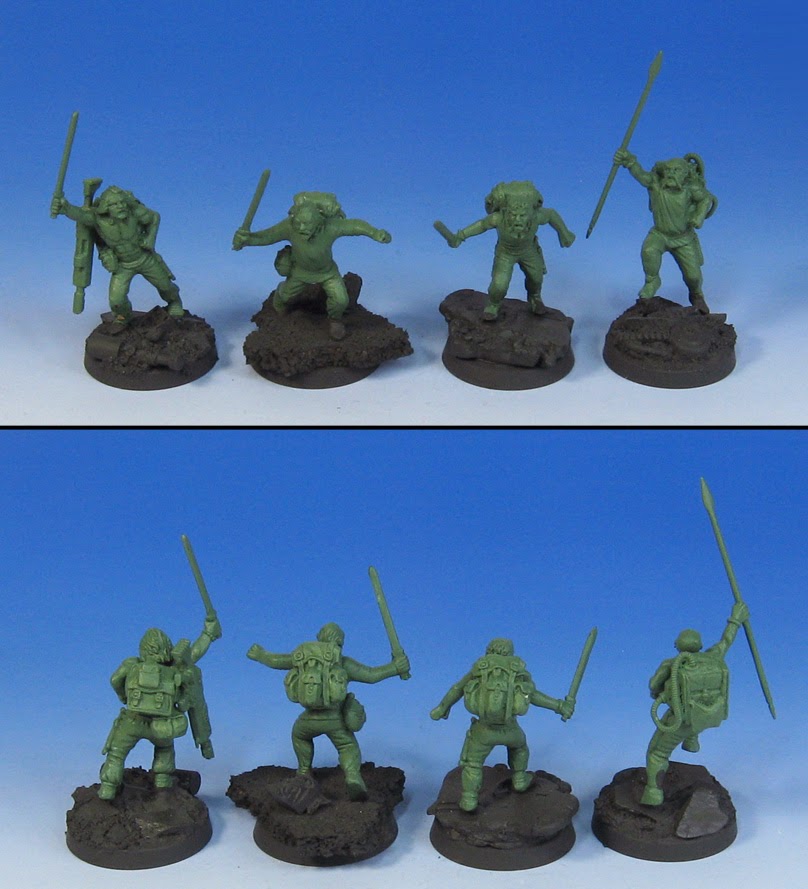 I used those on a set of regular GW guard a while back, and I thought they were fantastic.  When I had this project in mind, I figured they would just do the trick... making those Ancient Celts look a wee bit more like some raw recruits for the Guard. 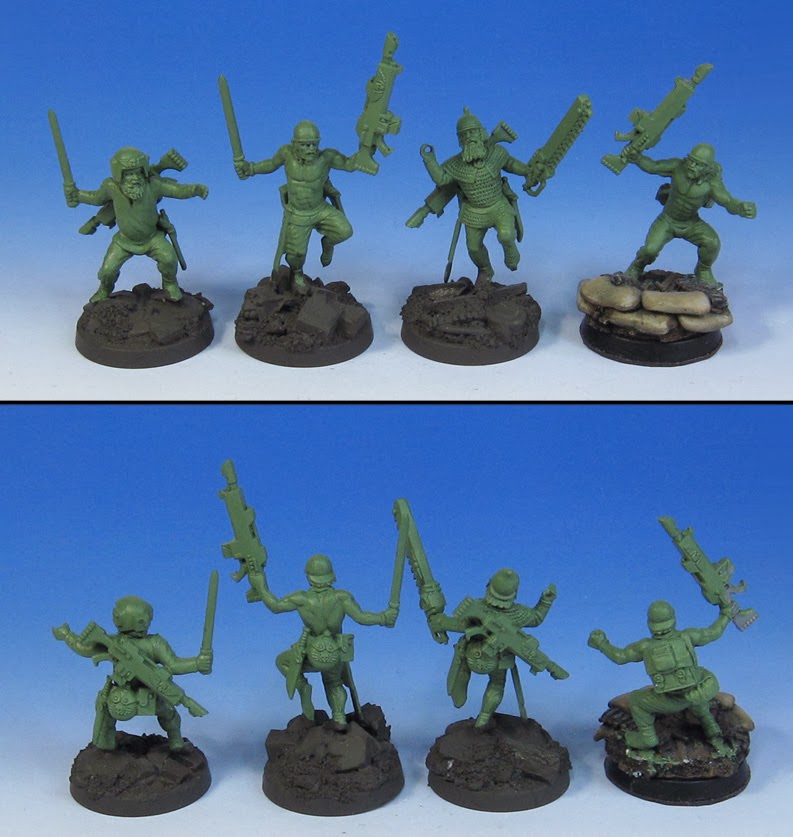 Now that I have the Highland Moss Guard from Victoria, I won't have to add any more of these lads.  They will be nice to work into the whole mix, though. :-)

I think I will be going the striped pants look on them, which should be fun.  Also, plenty of tattoos and woad, which is an important element that will tie in the Sisters with the I.G. elements. Interspersing some of these more primitive looking guys with the Highland Guard will make them look even more distinct from the 'regular' elements of the Guard force. 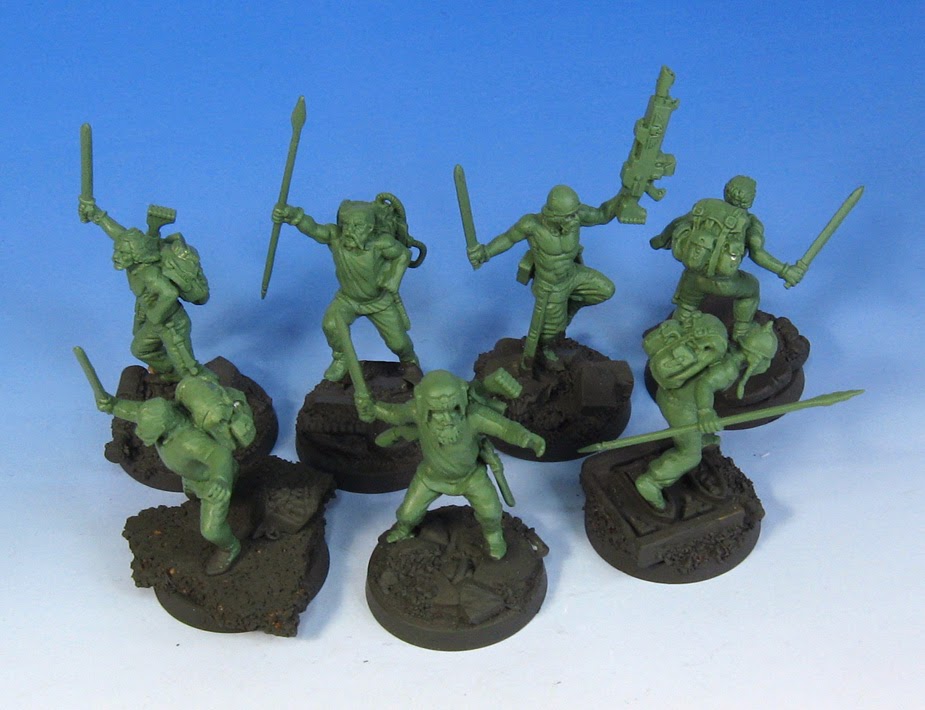 Can't wait to do a color test mini! 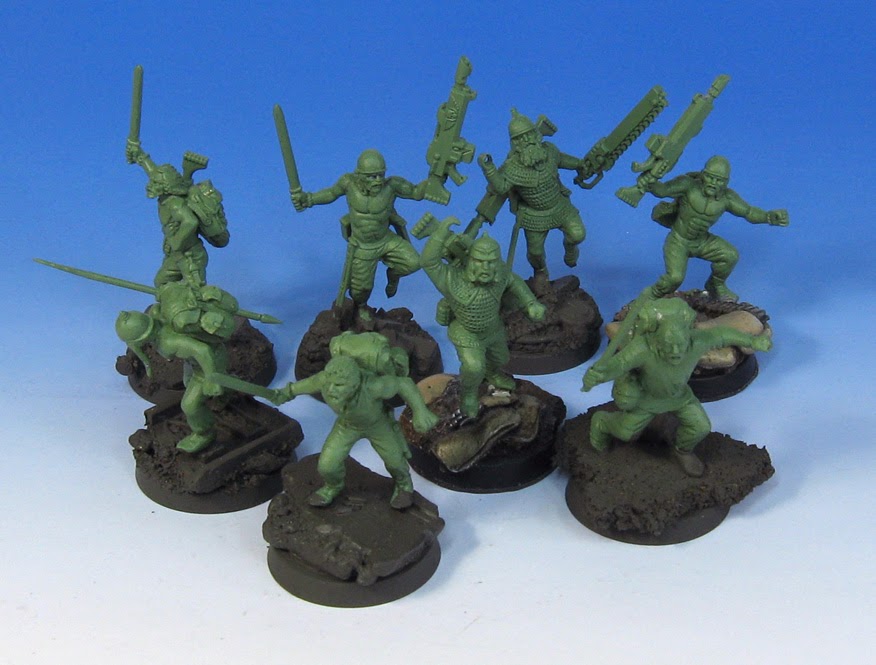 What I was saving it for... 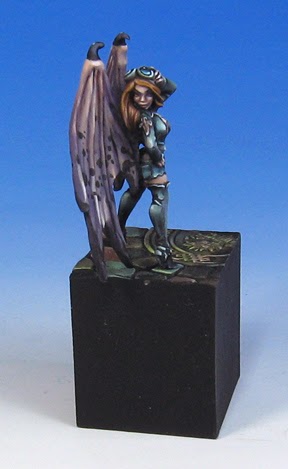 Yea!  I finally got to use one of the Secret Weapon plinths for an actual miniature!

This is a Reaper special edition Sophie from 2010.  A very fun miniature to paint.

It fit just perfectly on the plinth.  Also, a nice counterbalance to the weight of the wings.