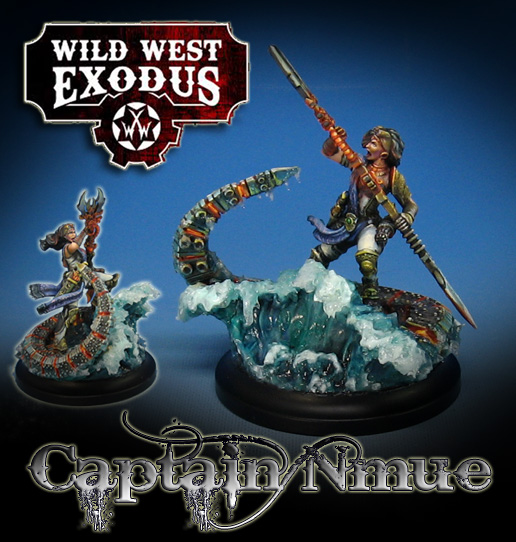 Legendary Captain Nimue is the first new figure that I have been able to add to my Wild West Exodus forces for well over a year!  It was quite a complex way to restart that task.

It is quite obvious how complex she is with the various parts and angles... but the water effects definitely raised that level even more.

Not only were several layers of water effects added, but many of those were tinted various hues of seafoam green, blues, and so on.  The hope was to create a translucent appearance, giving it the raging greenish waves while also making the tentacle seem as if it was still wet from rising out of the water.

These images show those lighter greens at work, with subsequent layers of clear water effects over the top to make that have more depth.

You can see the water drops hanging from the tentacle, which also took many layers to create.  They must be made in the same way a regular water drop forms... one little blob added onto the previous blob, so that it looks like a drop and not an icicle!

Here she is with her stat card.  I really look forward to using her as the boss for my Mercenary force!! 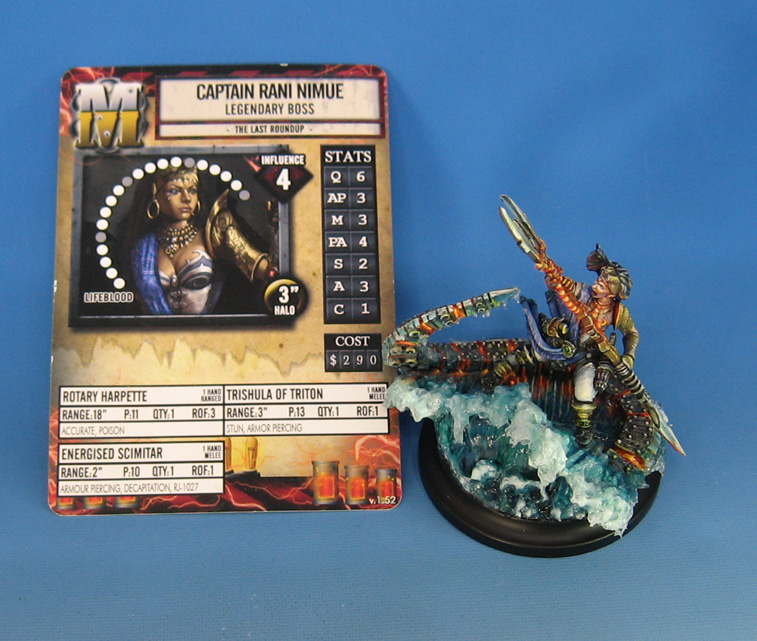