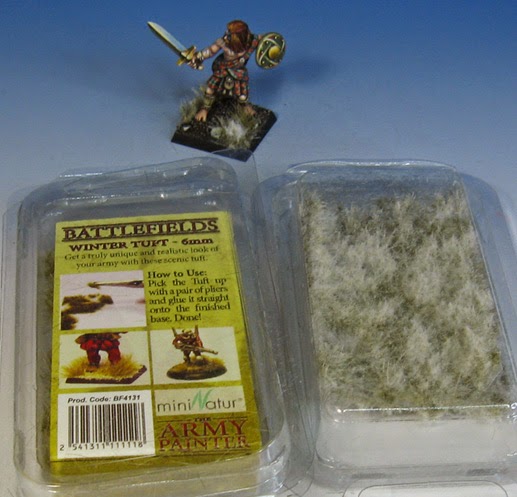 This was a figure I had around for a while, but I wanted to experiment with some new tufts that I bought from Army Painter.

This time, I was combining Winter tufts... one with snow, the other without. 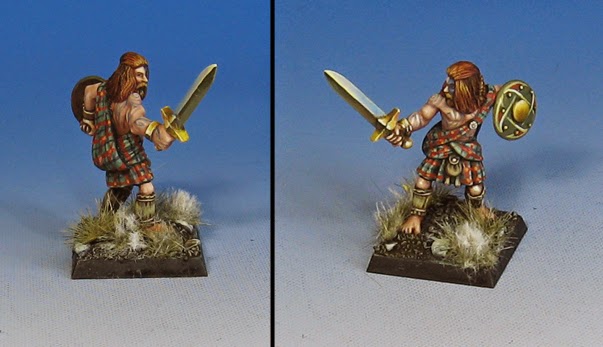 I alternated the placement of the tufts, to make it look like a slight amount of snow had fallen. 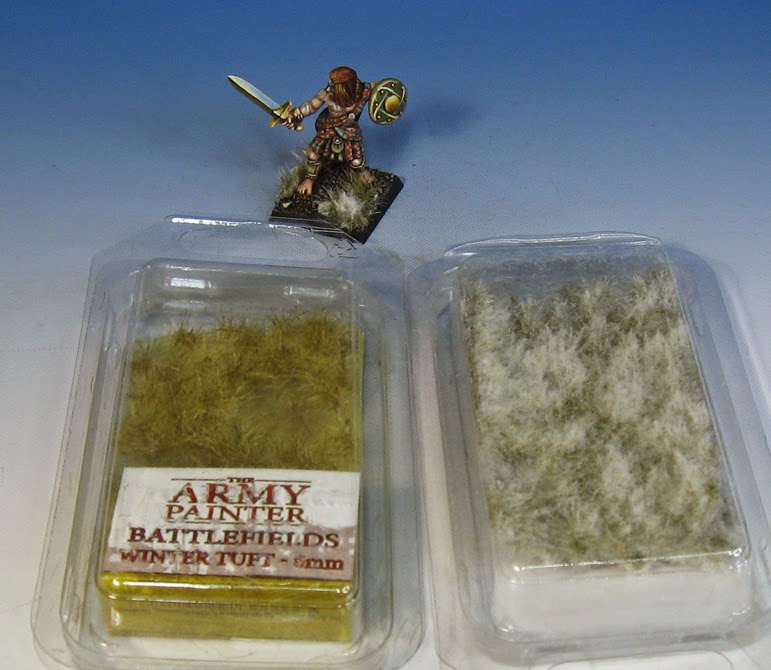 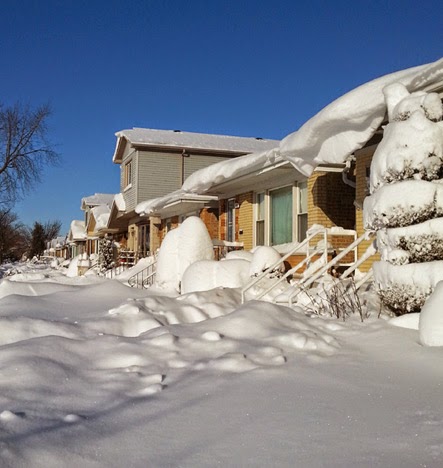 OK, this is a look at what I have been doing for the last 48 hours.

That would be battling just shy of 20 inches of heavy, then blowing, snow for two plus days.

The original forecast of 1-3 inches became 4-6, 6-10, and kept increasing from there.  This is Saturday night as the storm was just starting to get its groove on. 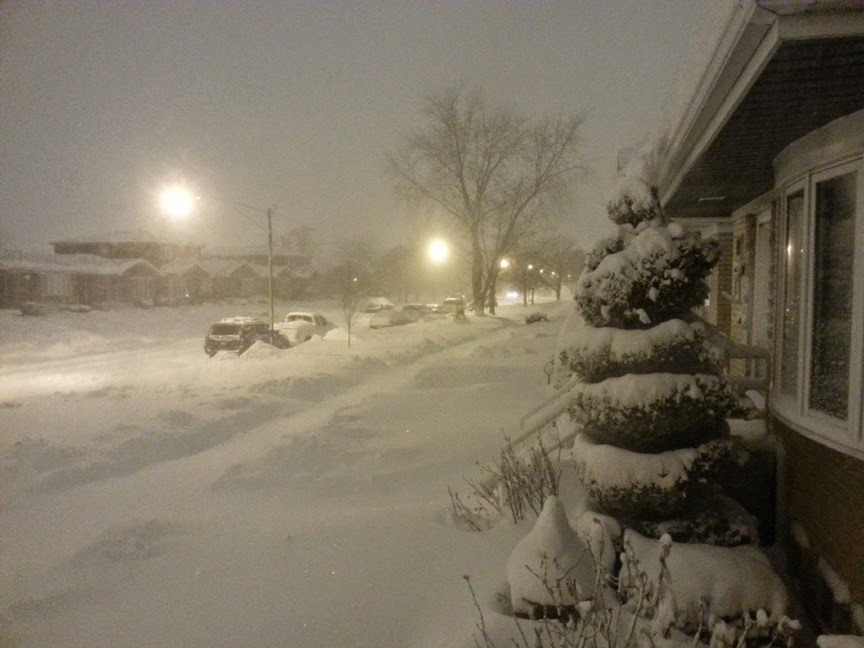 Whenever you think to yourself... this has been a very mild winter, you invite this rebuttal from Mother Nature. 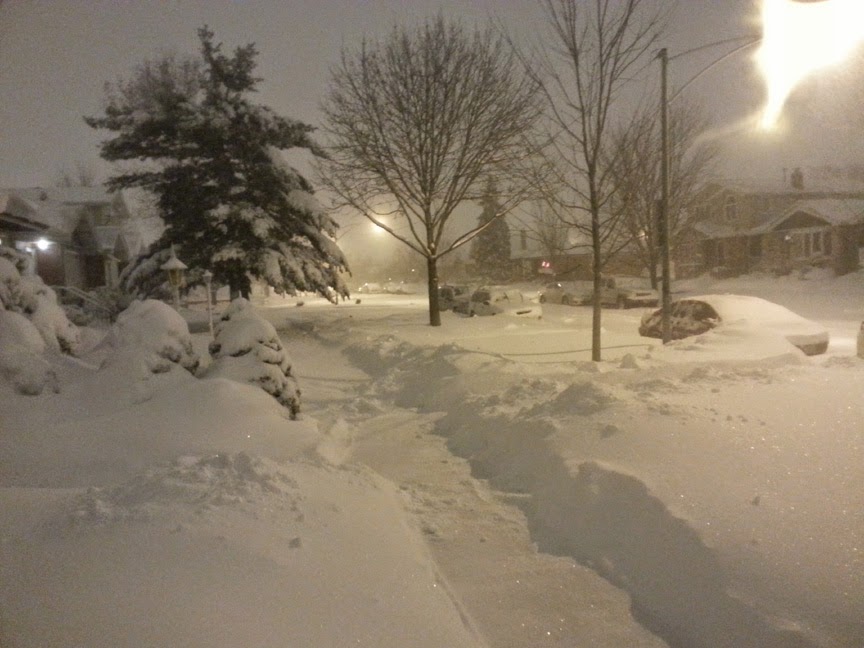 Late Saturday night, perhaps a foot of snow on the ground.  When I heard the direction that the winds were coming from, I realized that "Lake enhancement" wound not be far behind. 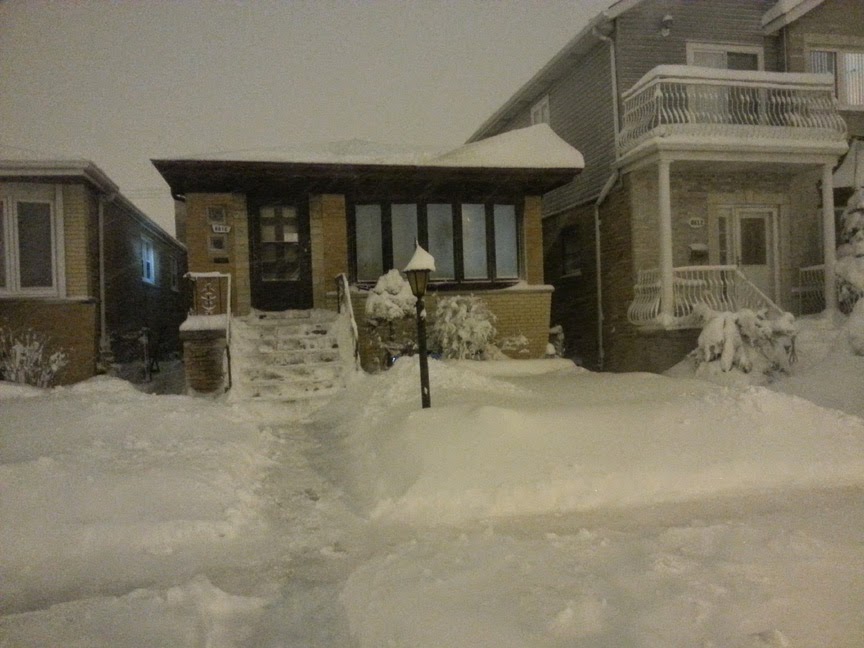 That is, super cold winds turning northeast, blowing over the lake, adding 5 more inches to the 14 we already had on the ground.  Ouch. 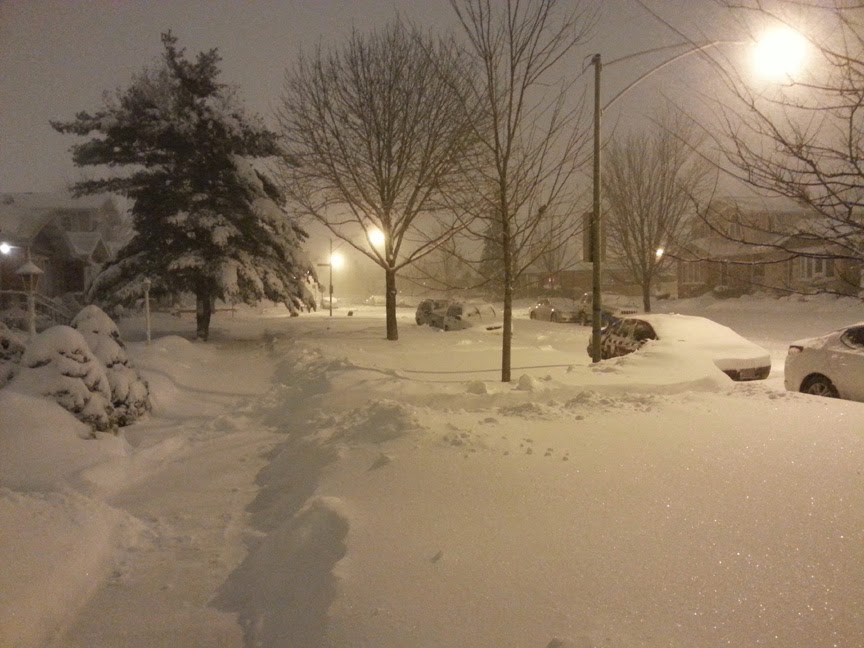 The aftermath, about 8 am Monday. 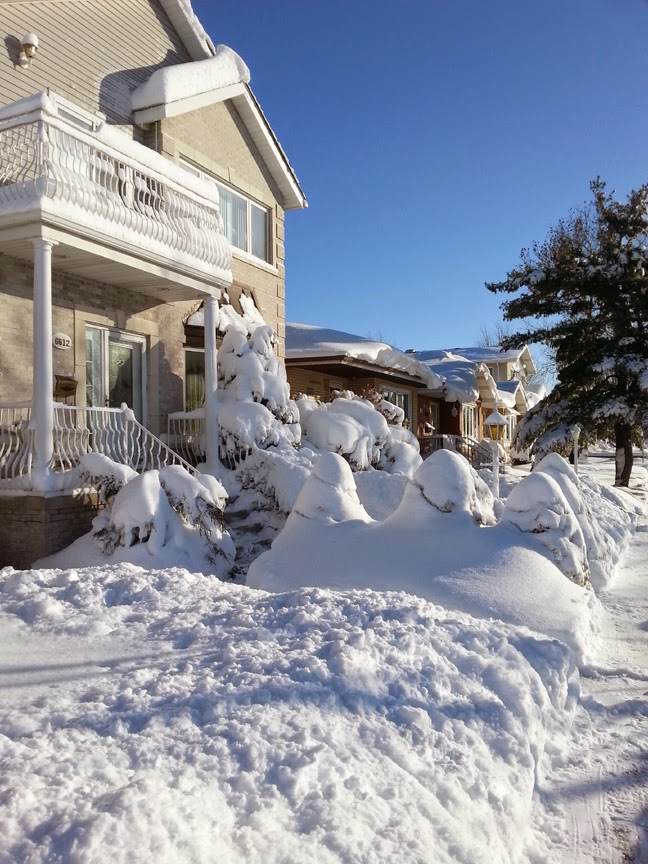 The neighbor and I had created a snow shoveling team, where one person would push the snow with one type of shovel to the other person, who would use a lifting shovel to toss it into piles. 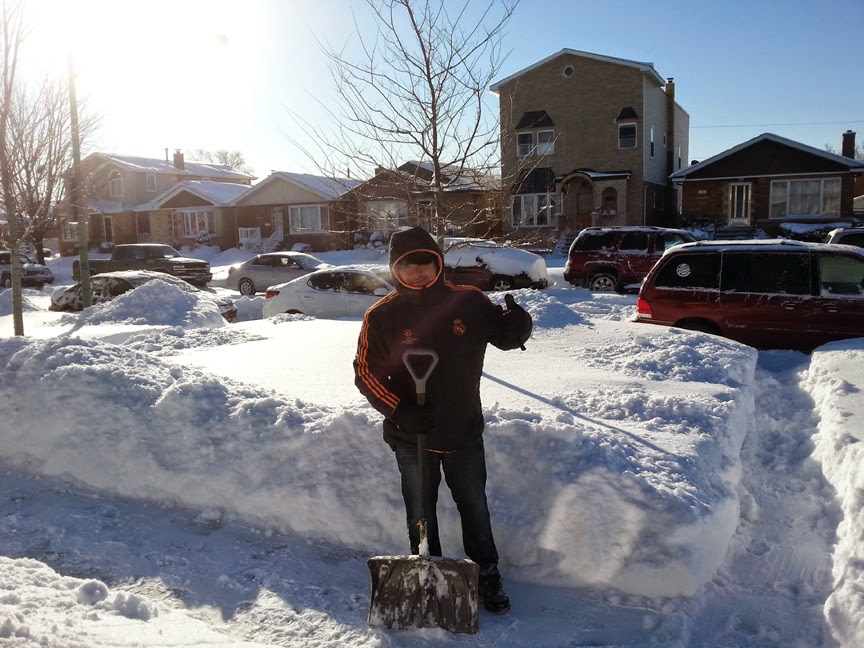 We had to do that, since the piles rapidly reached head height, and that meant tossing snow over your head... a wee bit tiring. 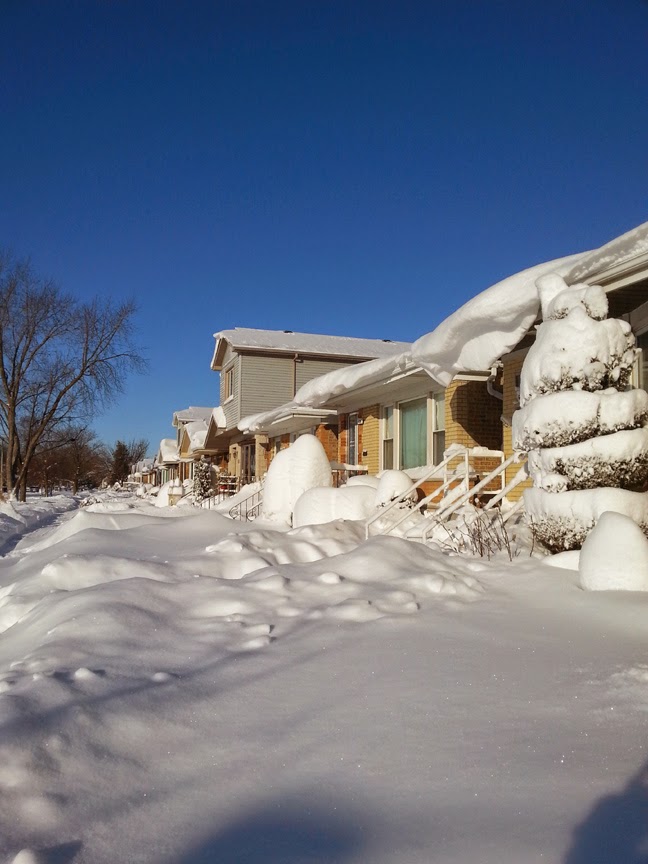 I also knew that I would be going up on the roof today, as that drift you see on the right side of the house was nearly 4 feet high in some places.  Ice dams would follow, and soon water would trickle into the house.

You saw me dealing with this the hard way last winter!

I was not looking for a repeat. 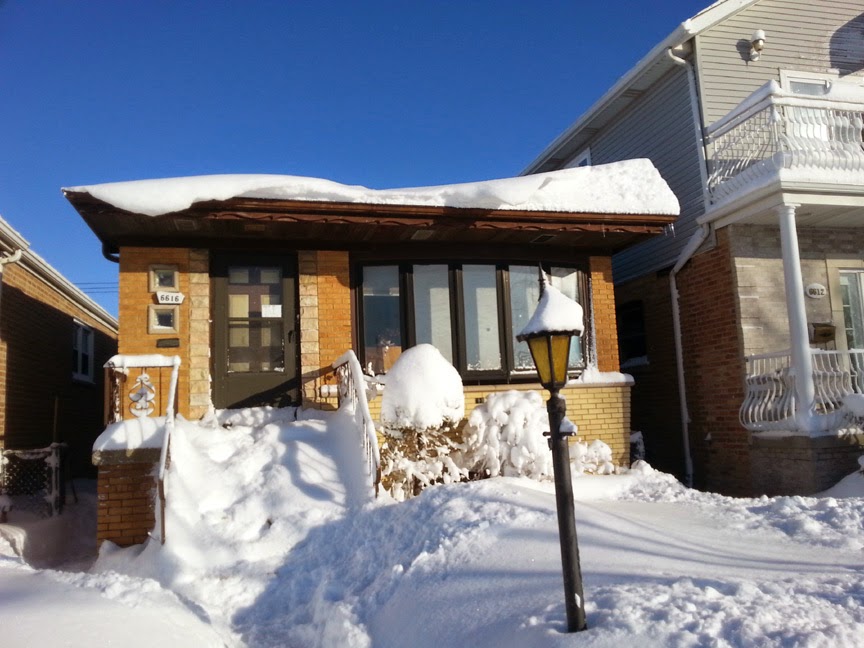 When you live in close quarters like this, finding places to put this much snow is the primary issue.  All you can do is create massive piles, which are prone to being blown down into drifts by the wind, wiping out what you spent hours doing. 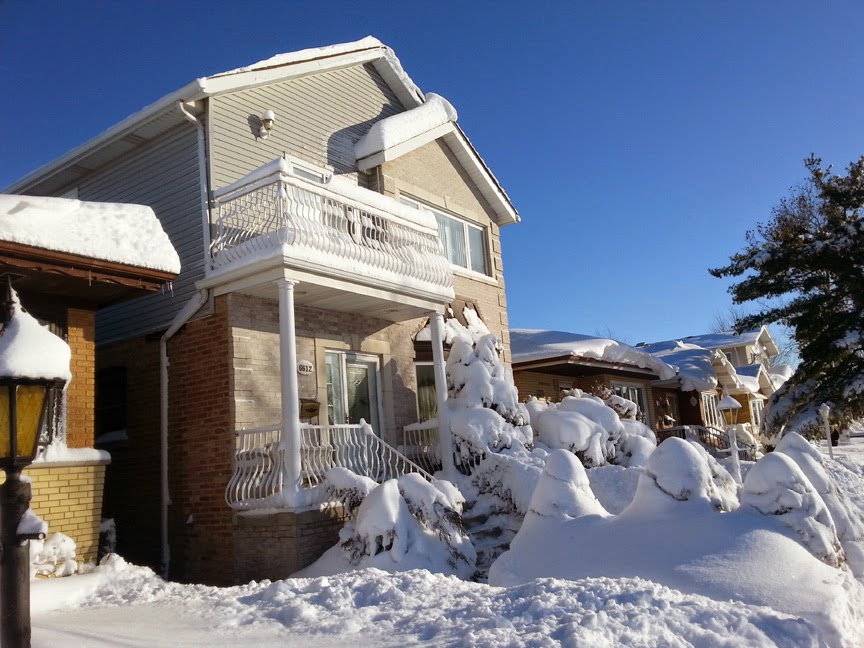 The most brutal task... the street.We spent almost three hours on this section today.  Mount Wappelville is now an entire range, rivaling the Himalayas.  It may take several centuries for them to melt. :-) 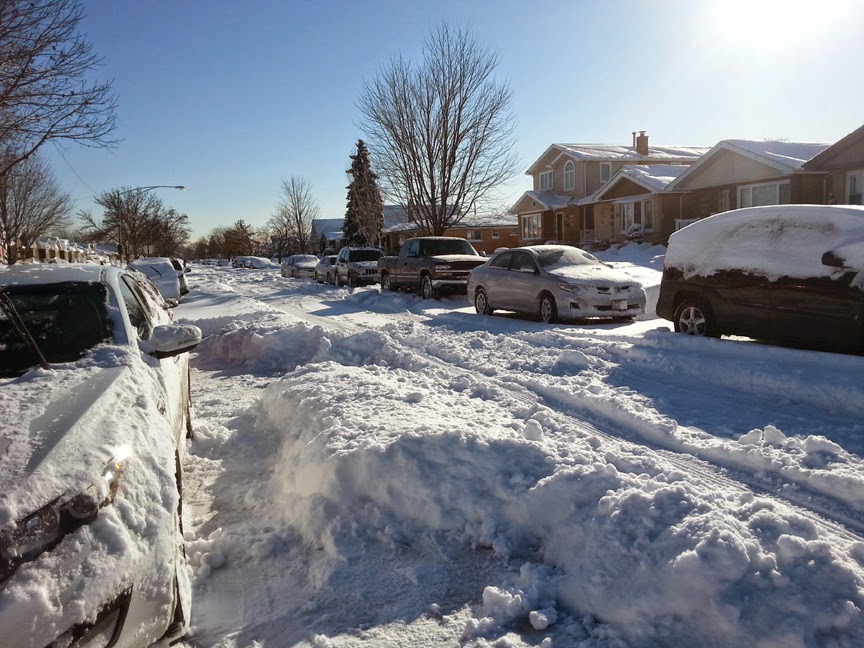 This is the tallest of the Mountains... it's about 2 feet taller now, and it extends back a good 12 feet.

At the end of the day I got do drag out an ice covered ladder and knock the snow off the roof.  That took about 90 minutes.  The sad irony was that I had to shovel all that snow after I was done.

Hopefully I might get back to regularly scheduled programming tomorrow.

This ranks as the number 5 blizzard in our history.  Interestingly enough, most of the top 10 have happened in my lifetime. More food for thought... we are still 20 inches behind last year's total at this time. 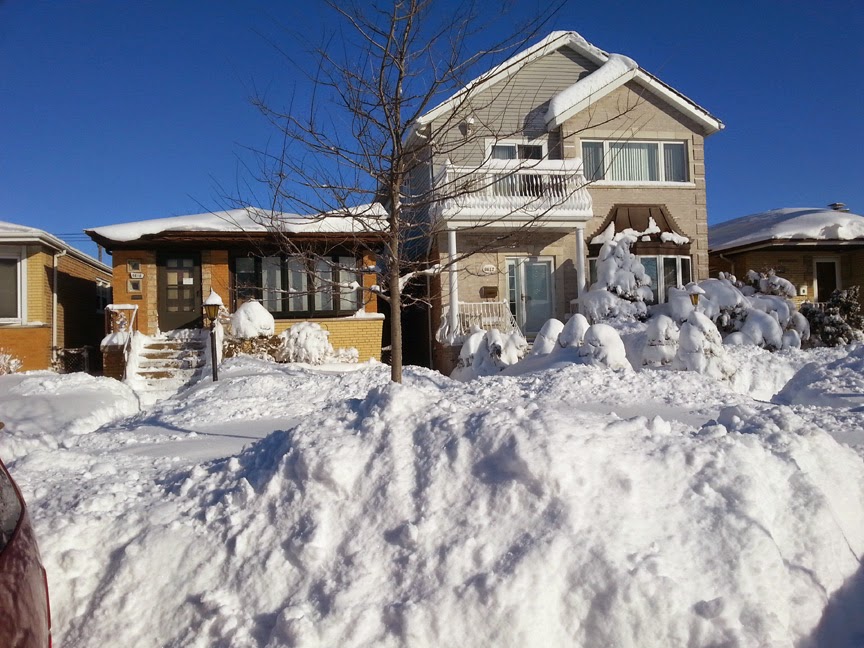