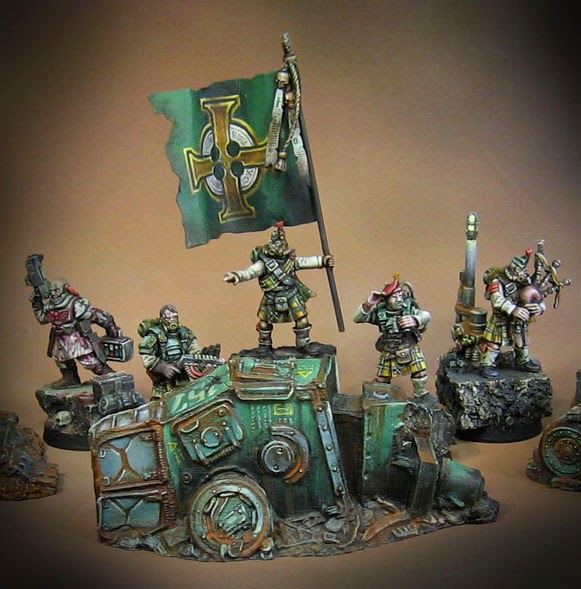 Here's a command squad made from a variety of Victoria Miniatures.  As I mentioned in the previous posts, they are designed to be interchangeable from one type of squad to the next. 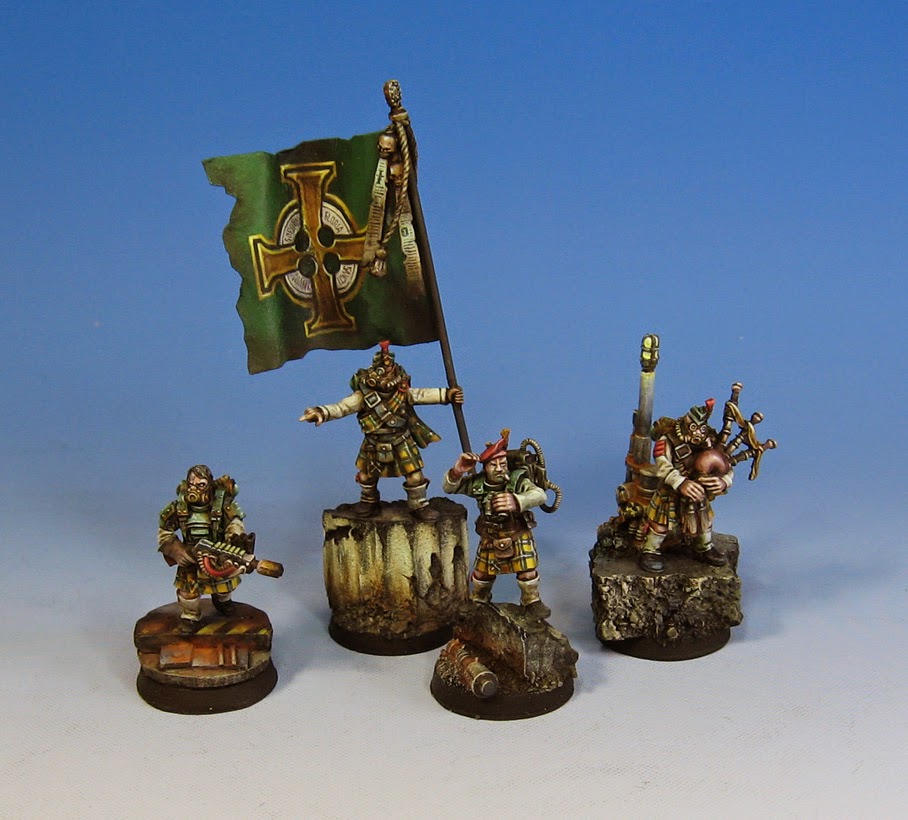 I believe I have a few blog posts showing how these were created in the Road to Adepticon 2014 series of articles. 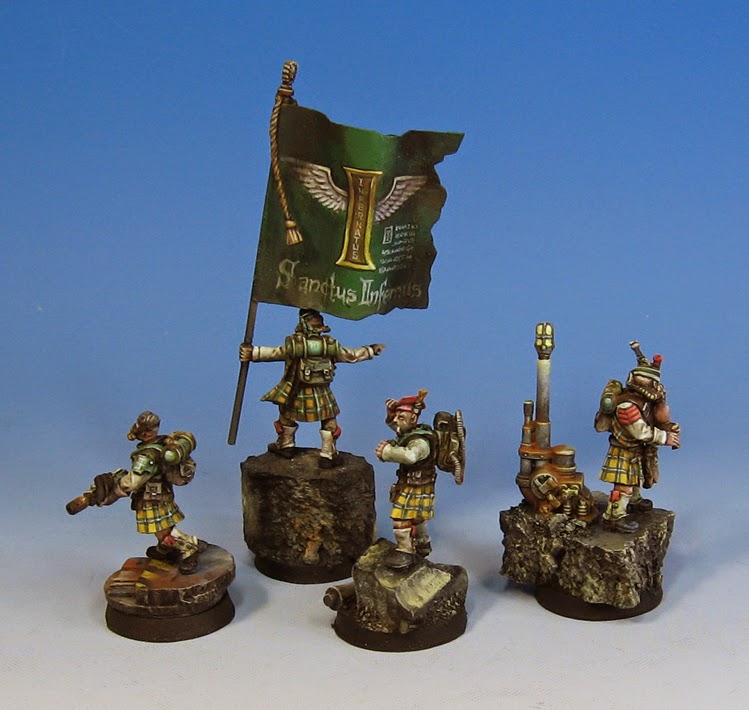 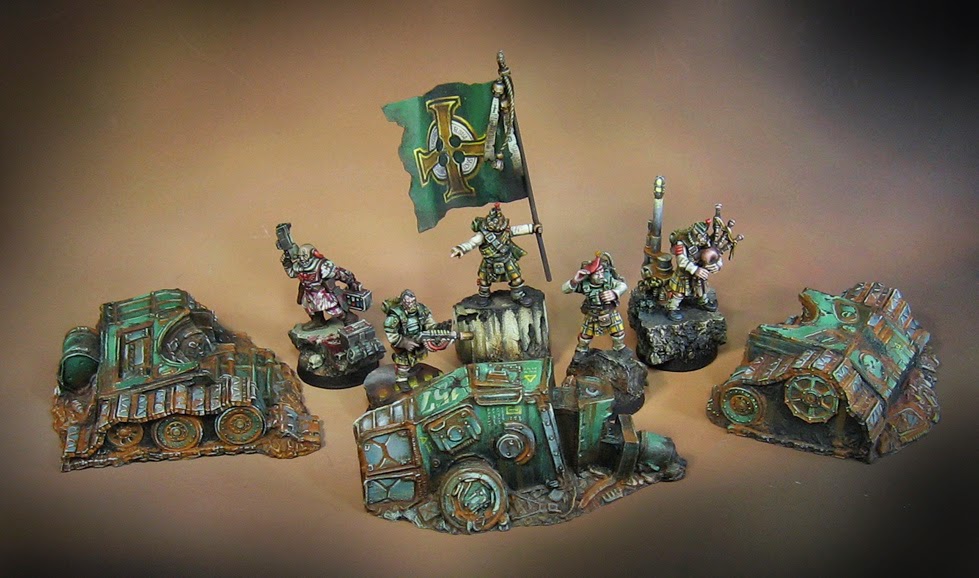 It's so much fun to see these shots now!  I didn't have all of these items at the time the squad was first created... 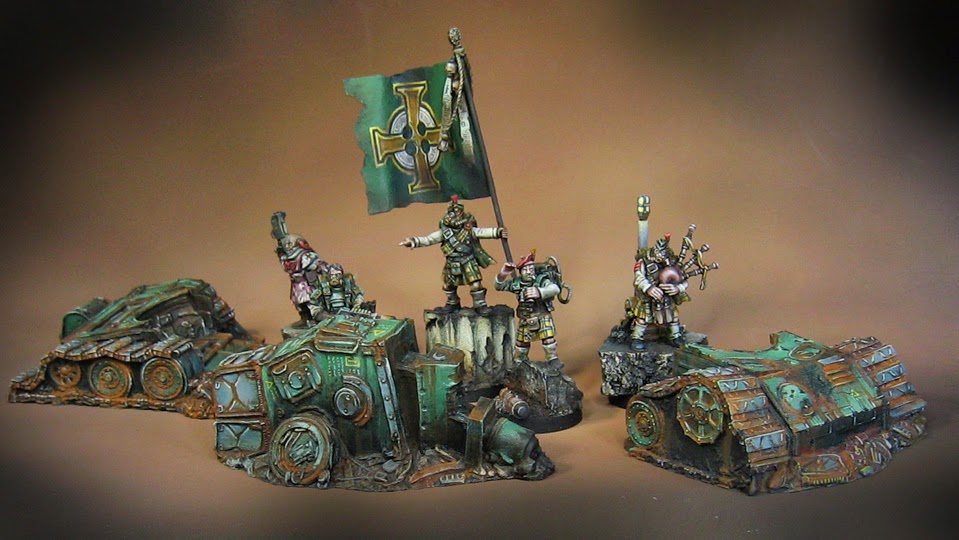 This was definitely my favorite unit of the entire army that I made for the 2014 Adepticon tournament. 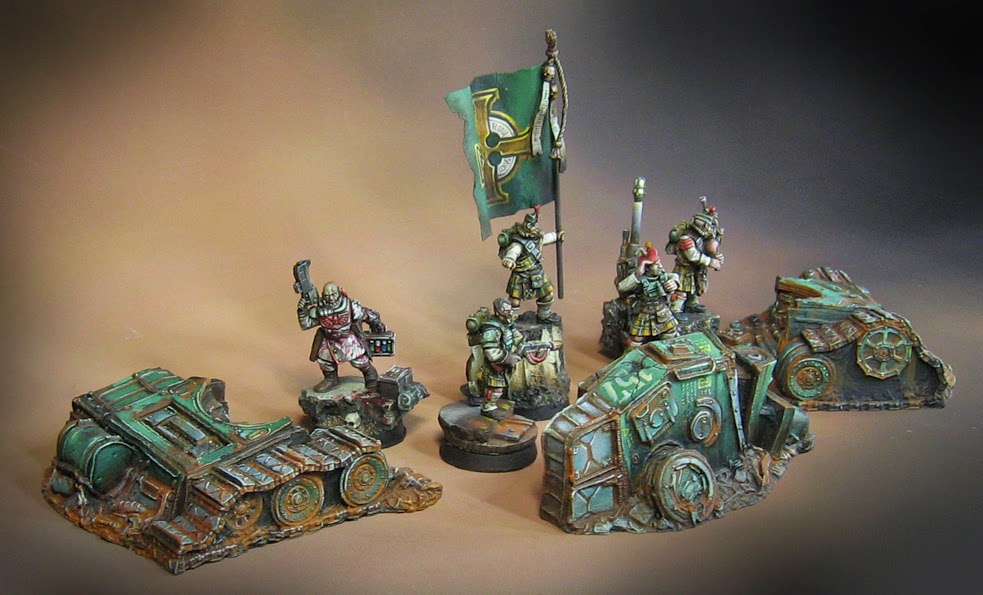 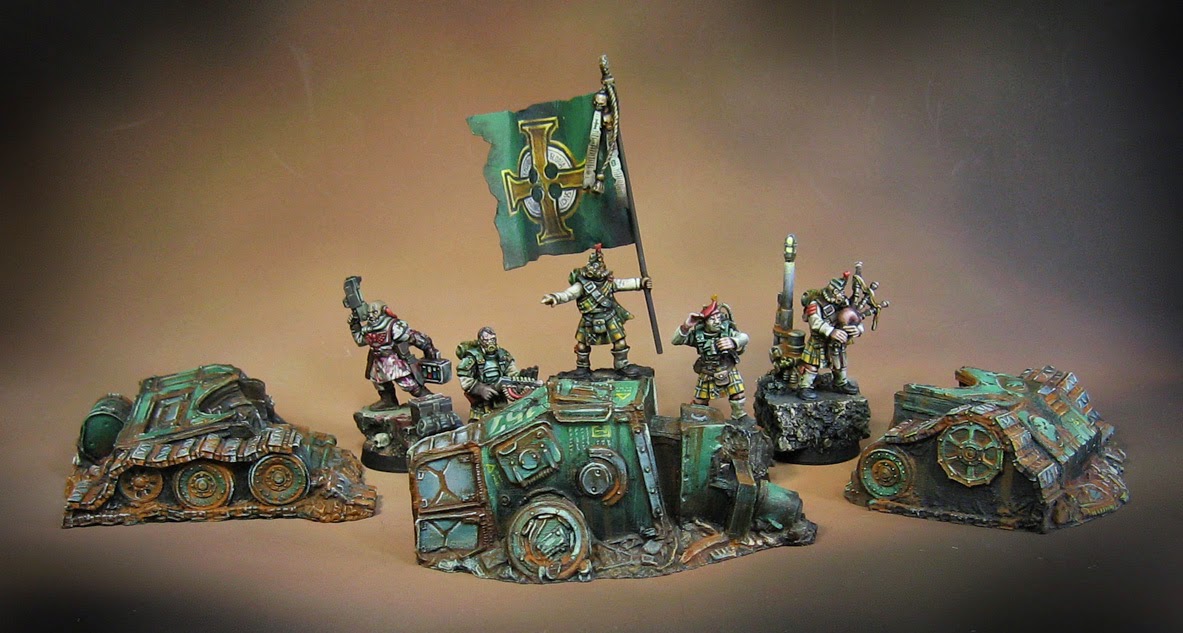 Here we go.  I had a lot of fun creating this set of fortress walls and bunkers.  It was part of my display board, but it was also my Aegis defense line!

There are lots of blog articles on this, and even a video that was part of the Painting Pyramid video series! 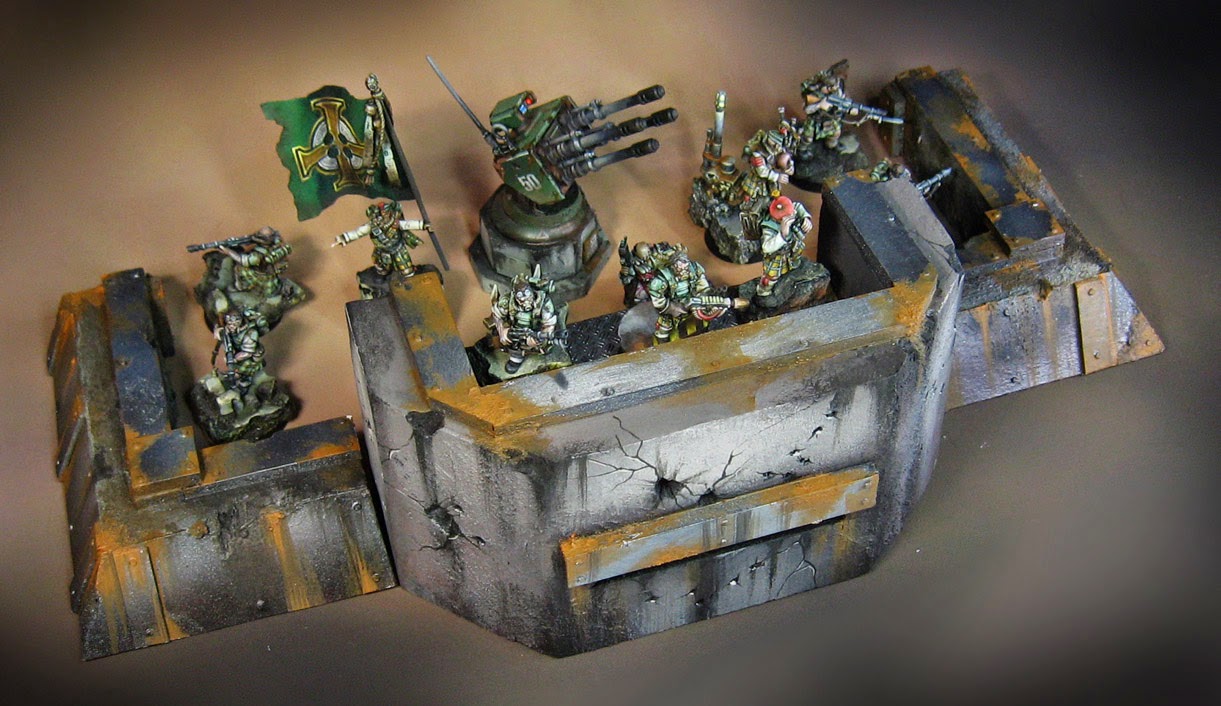 It was all made from foam and cereal boxes, with a little plasticard here and there. 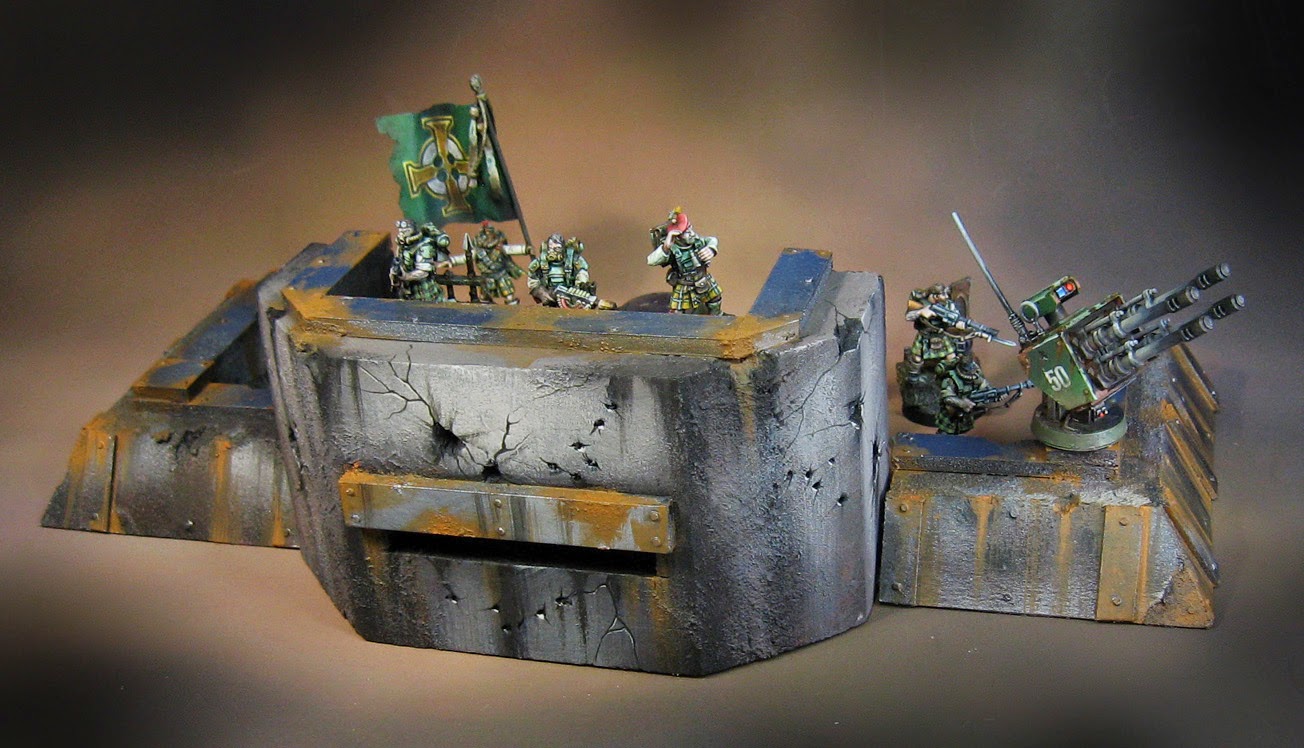 The walls can be moved into any number of configurations, which made them fantastic for gaming! 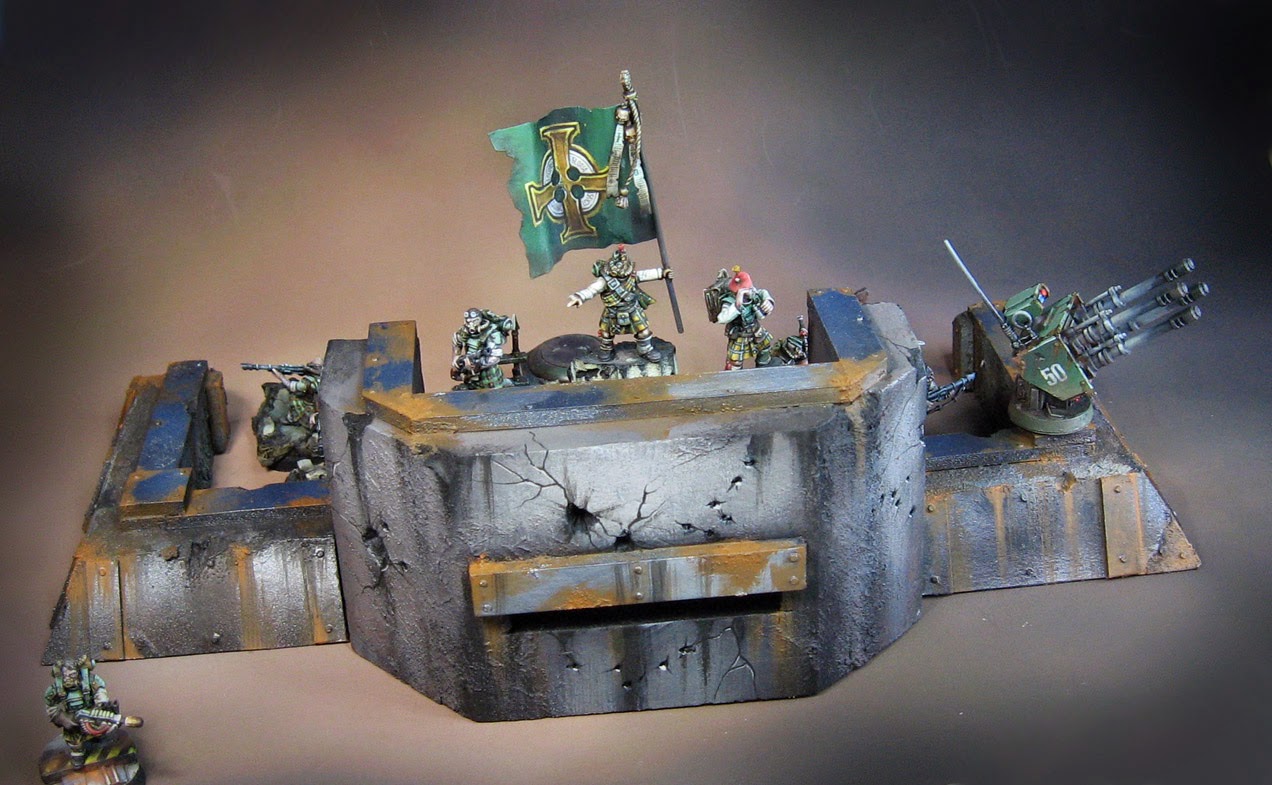 There are long wall sections, shorts sections and angled pieces, as well as a second gate.

The Flak gun was also made from a variety of kits... even pink foam! 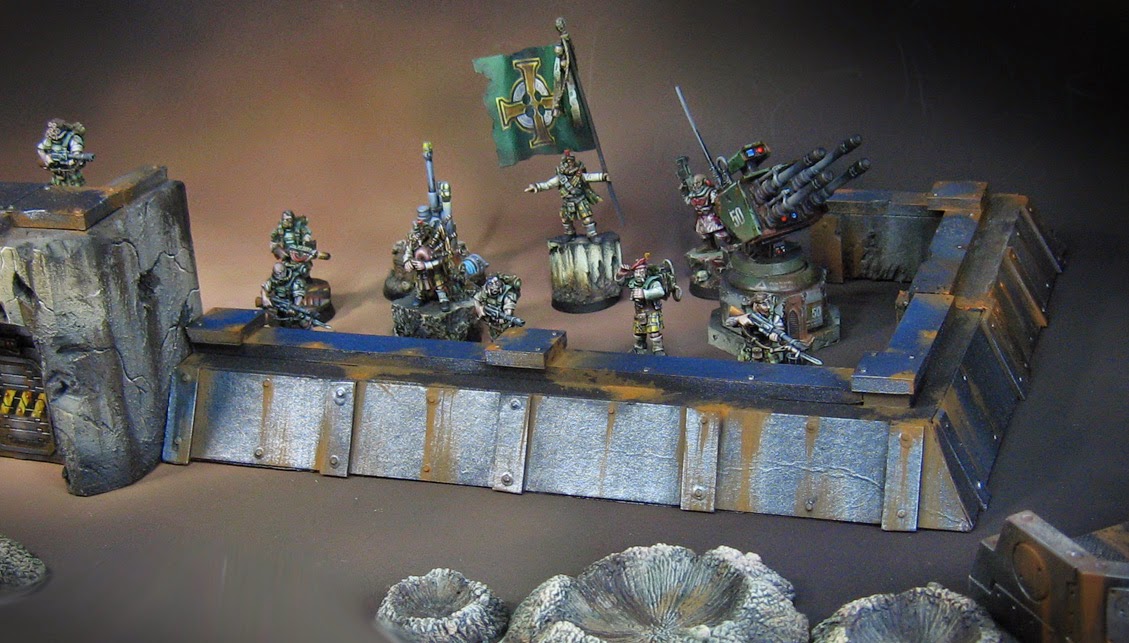 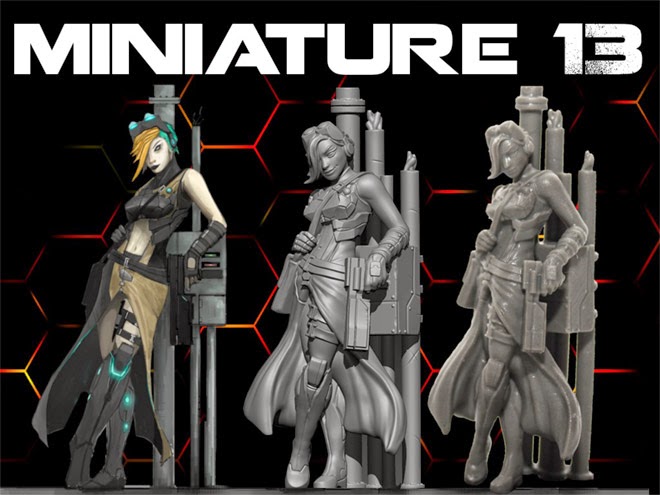 Here's something fun for you.  It's a new company diving into the sci-fi realm with some interesting miniatures!  They might be finding their way to this house of madness soon. :-) 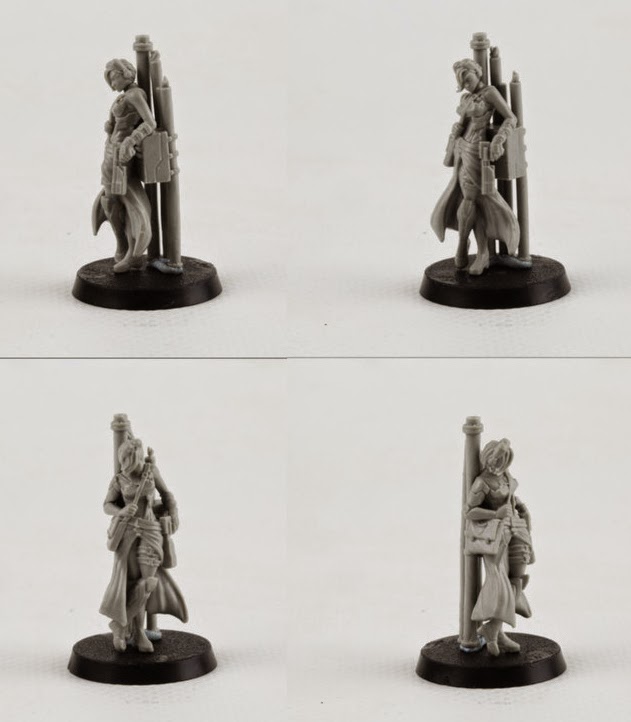 It has been many years since I have painted any sci-fi minis which were not GW, so this seemed like it would be a lot of fun for me!  These might be just the figures for some of the Alien Temple Secret Weapon bases! 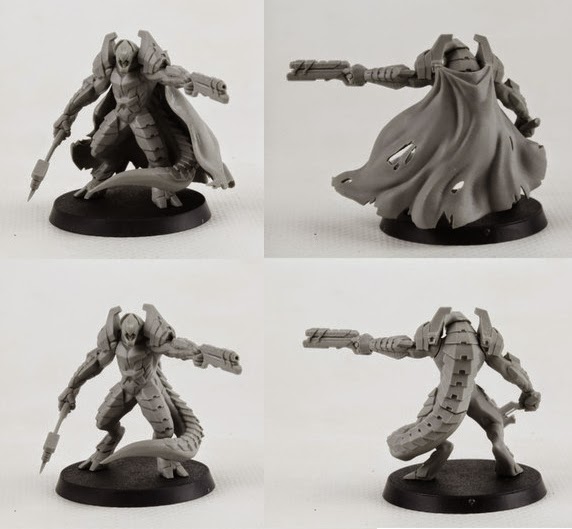 I liked these shots, which showed the concept art, the render, and the cast.

As we all know, a lot can happen during these three processes.  In particular, from render to cast, as you better get yourself a very good initial master print :-) 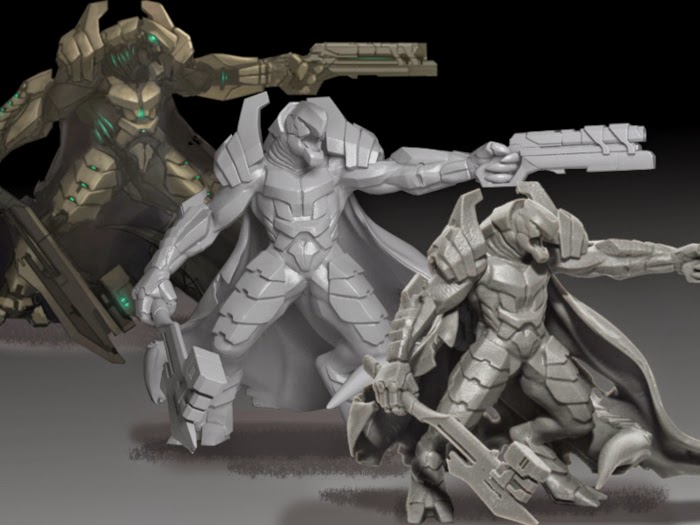 These are the two early characters.  They have glowing stuff... me happy :-) 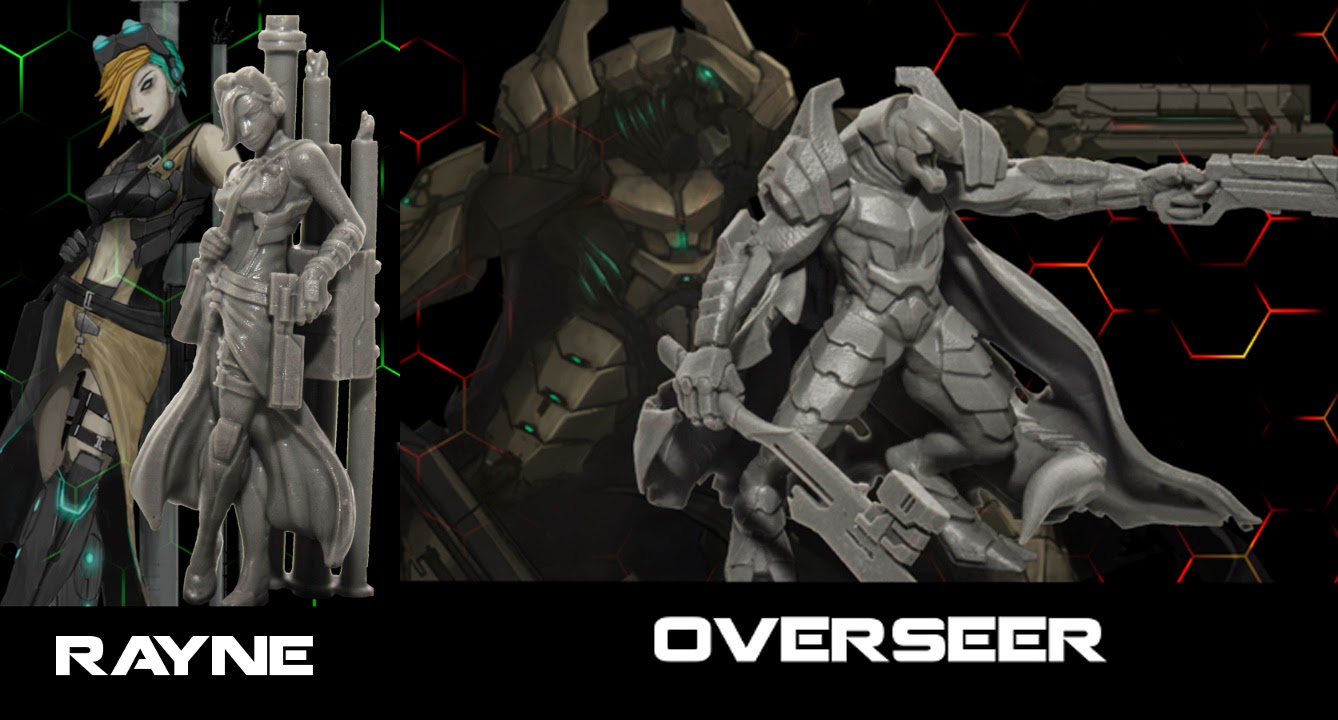 Elegant posing here means that I have a chance to create some very interesting bases. 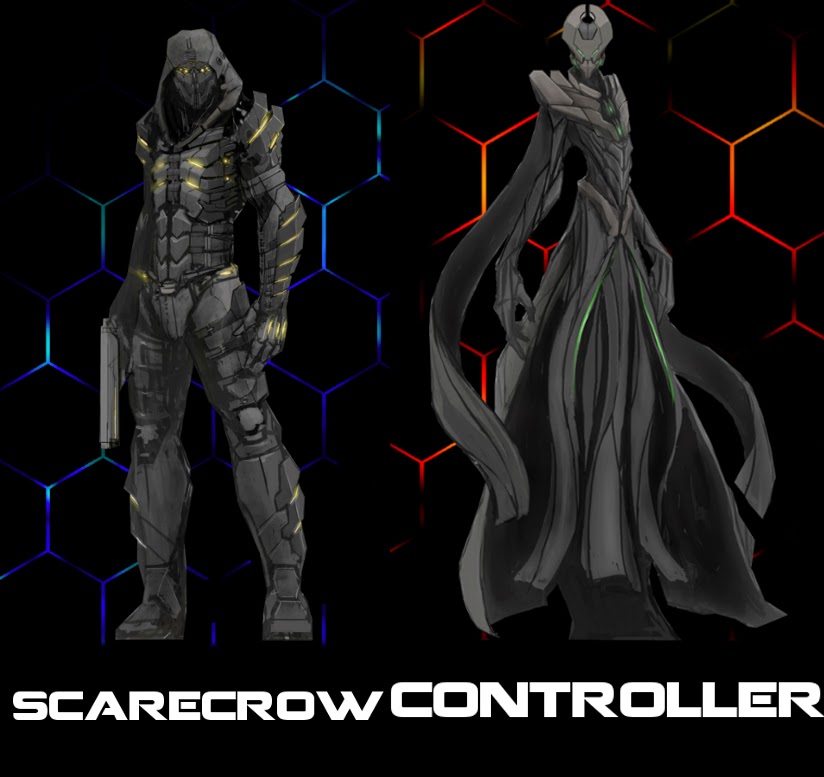 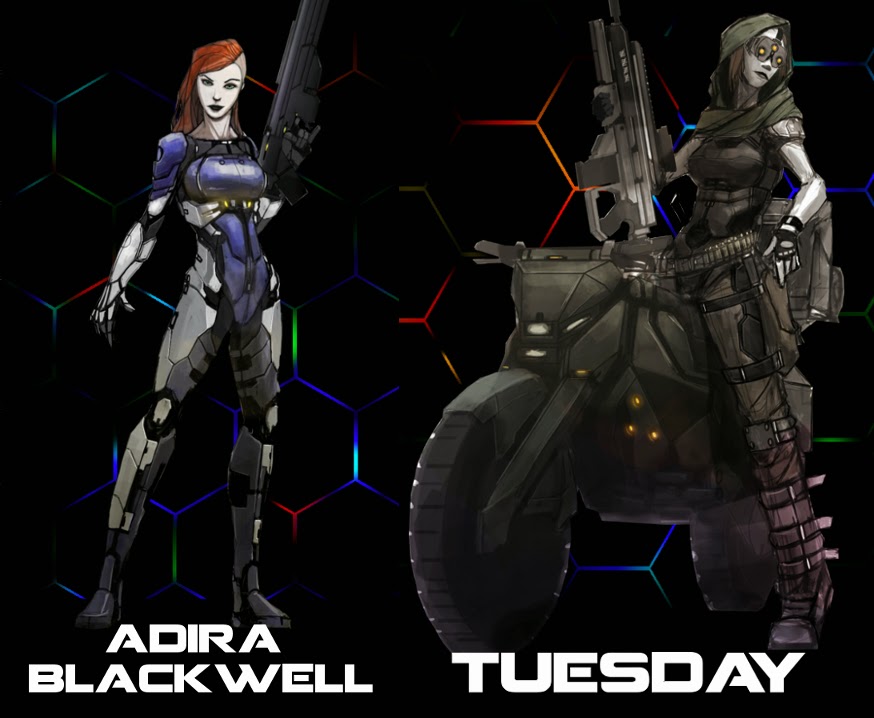 And now for the size comparison...

This exclusive should be fun as well!!!!! 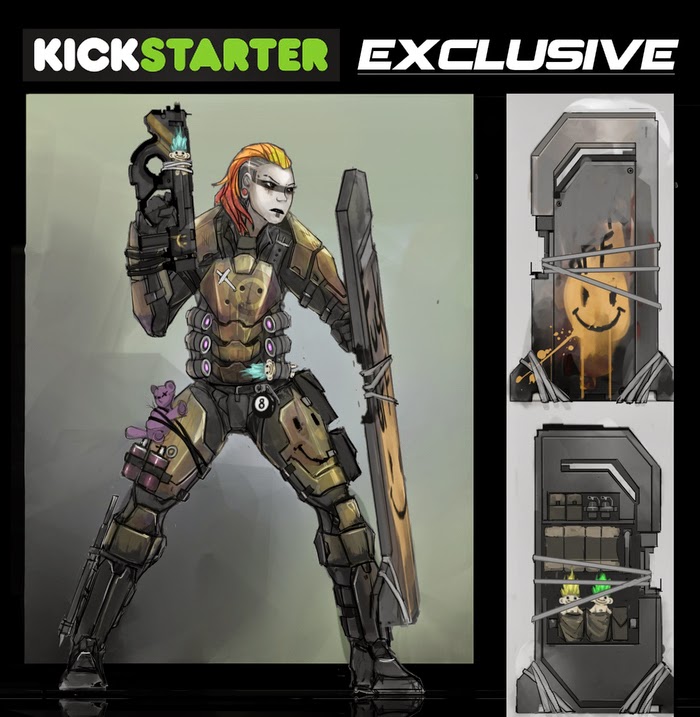