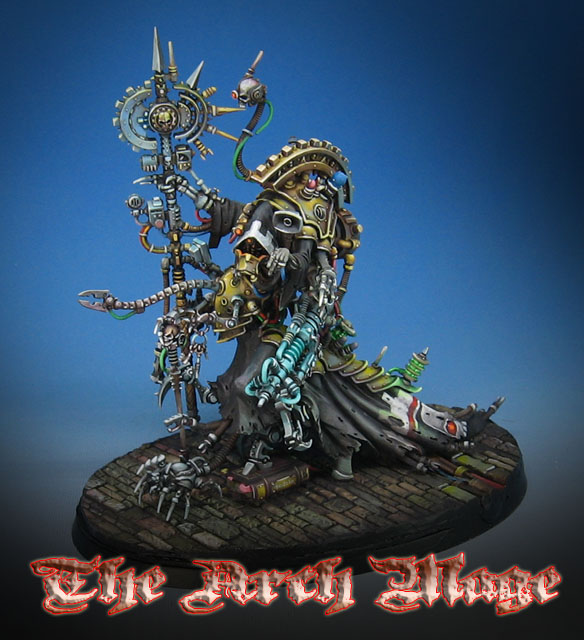 While this was a relatively small piece, it was a massive pain to deal with :-)  Assembling it was crazy enough, but several chunks had to be left unglued so that I could actually get a brush in there! 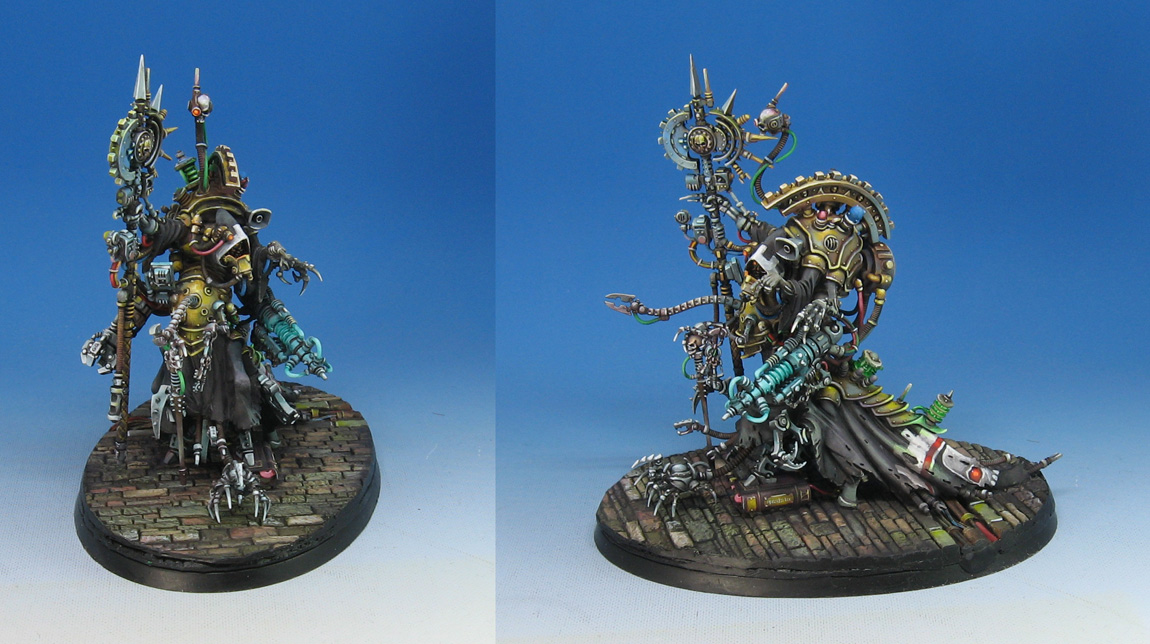 The Secret Weapon weathering paints were key to getting this done, since I could do a huge portion of the shading by glazing. 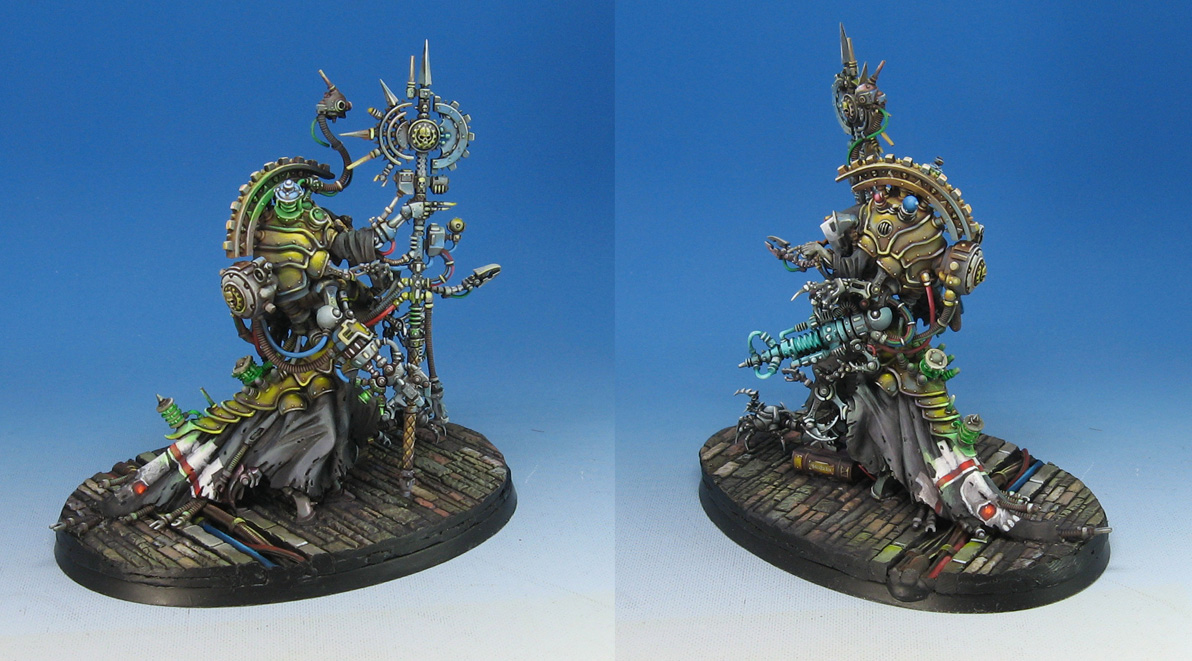 I had begun the process by "pre-shading" with the airbrush, establishing where the general lights and darks would be.  Those glazes allowed be to not only shade this, but also tint the colors to get far more variety than a simple series of grays! 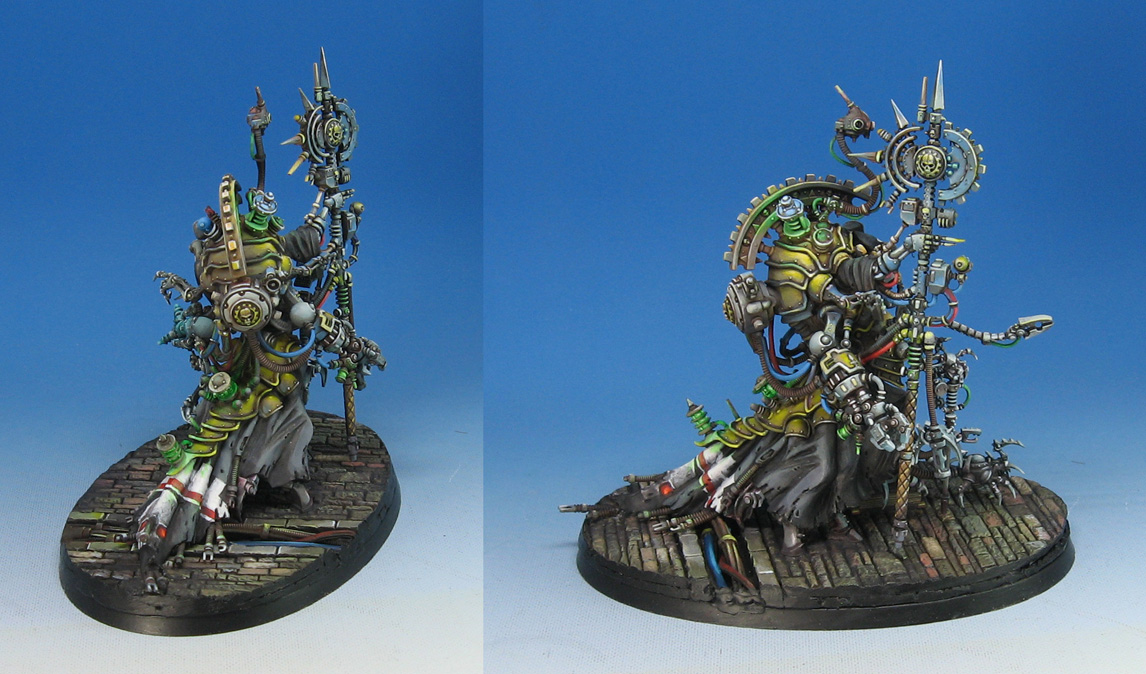 When you have this many tiny little bits, it is even more important to have that sort of variety.  Otherwise it will be extremely boring to look at, and all other those pieces will simply blend together. 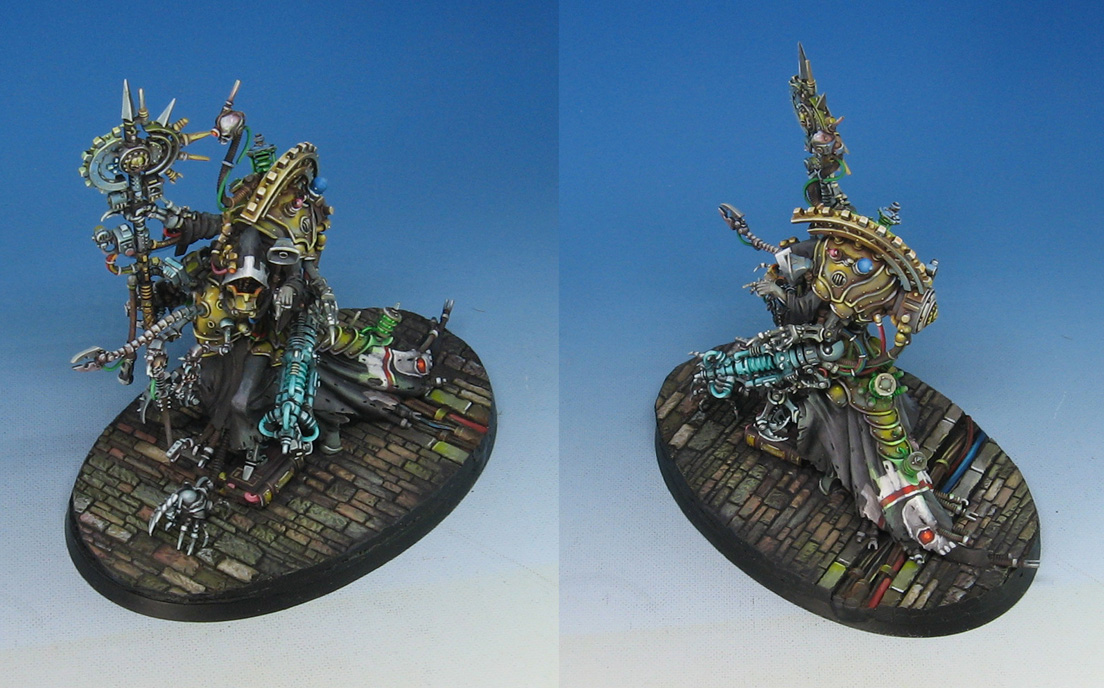 In effect, this was a limited palette exercise, and a challenging one at that! 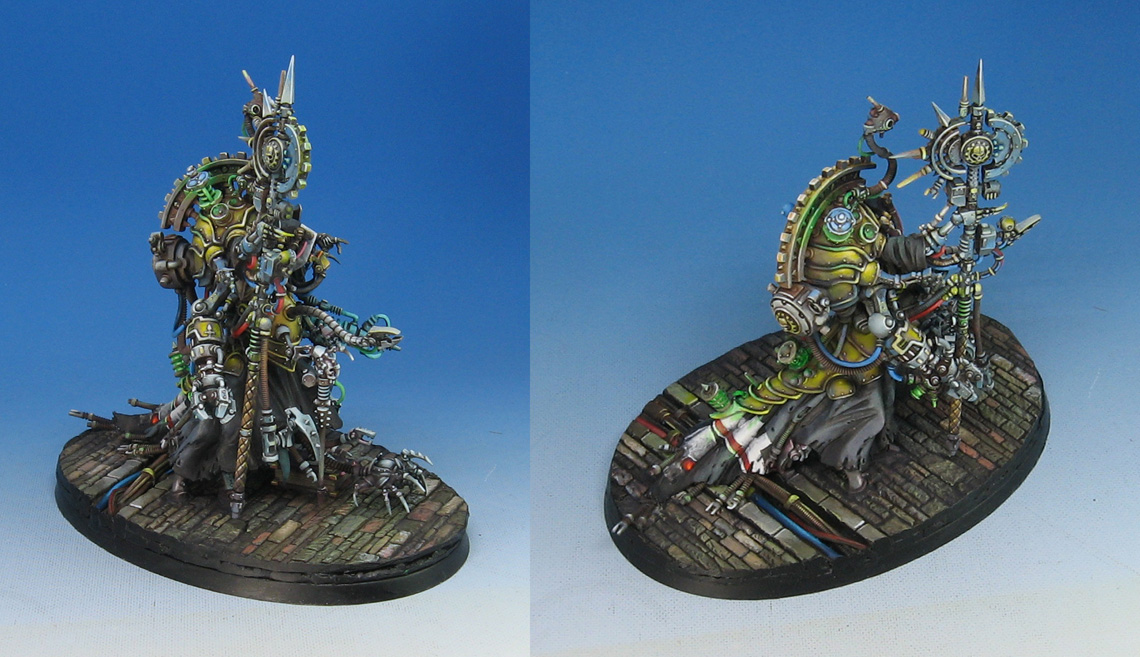 Since the request was to paint the robes in something other than the usual reds, I lost my primary source of contrast to the grays and golds.  Now all I had was yet another dark gray! 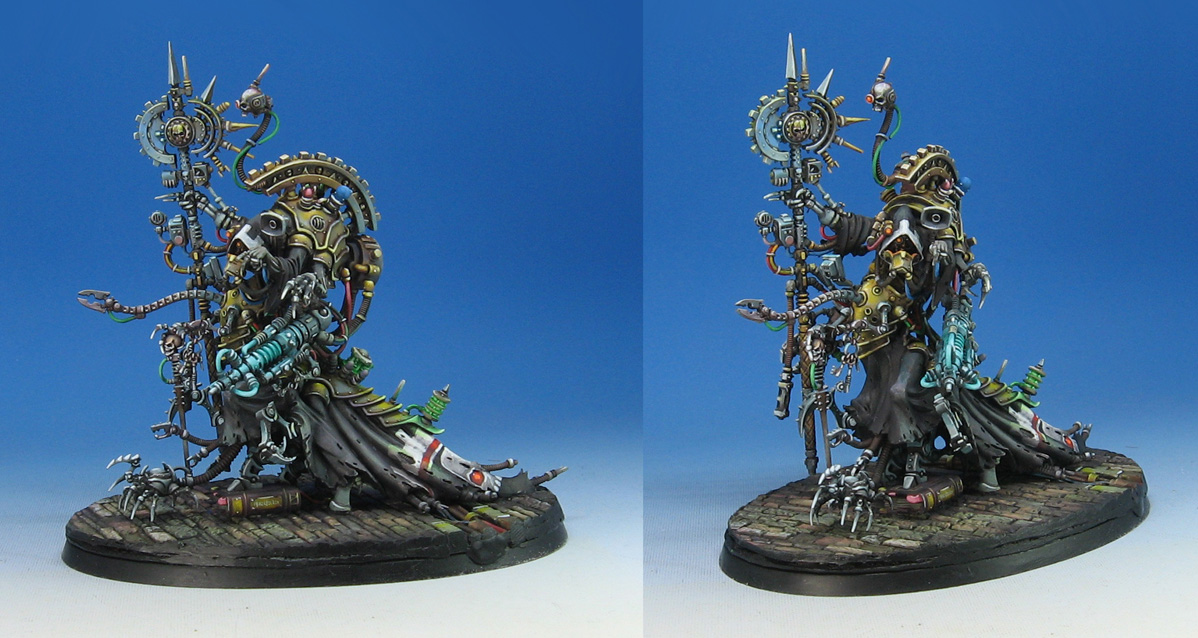 I used blues, greens, and even pinks to tint my metal surfaces different shades.  My highlight colors ranged from bright green to pink to bright yellow.  Once again, it was all about placing areas of key interest. 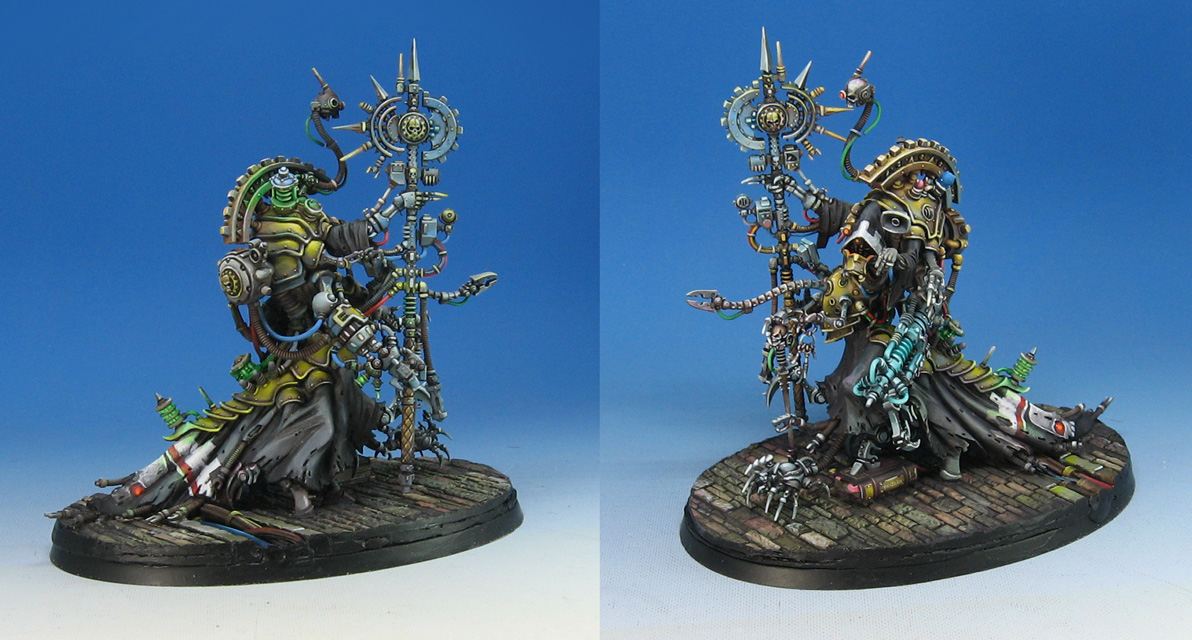