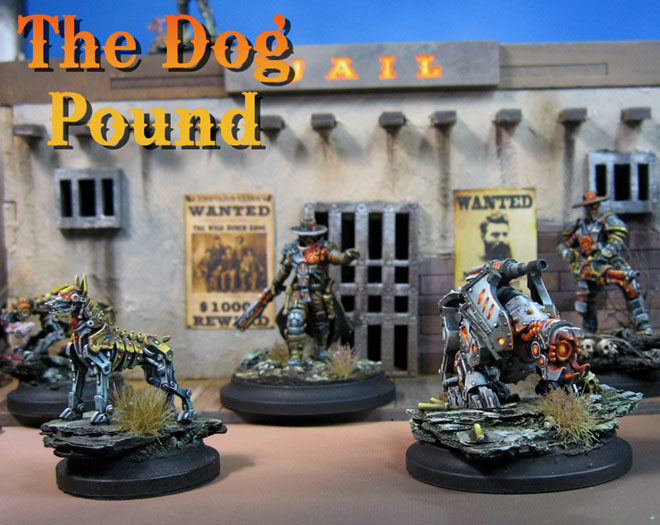 Send in the robots!!

These shots feature the more mechanical side of the Lawmen.  We have some UR Lawbots, along with a host of hounds!! 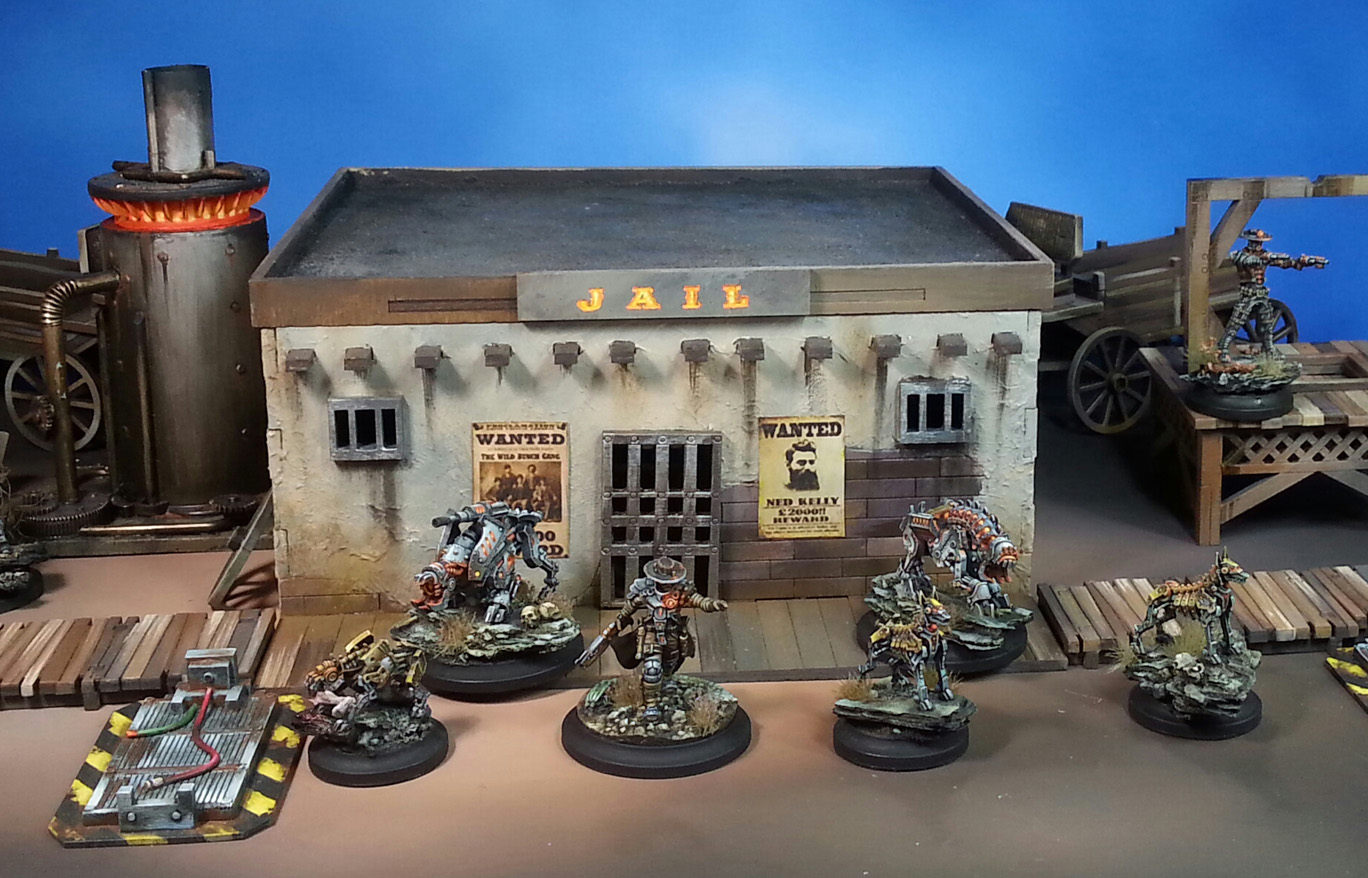 This is a combination of regular Mercenary K-9's along with the new, very powerful versions. 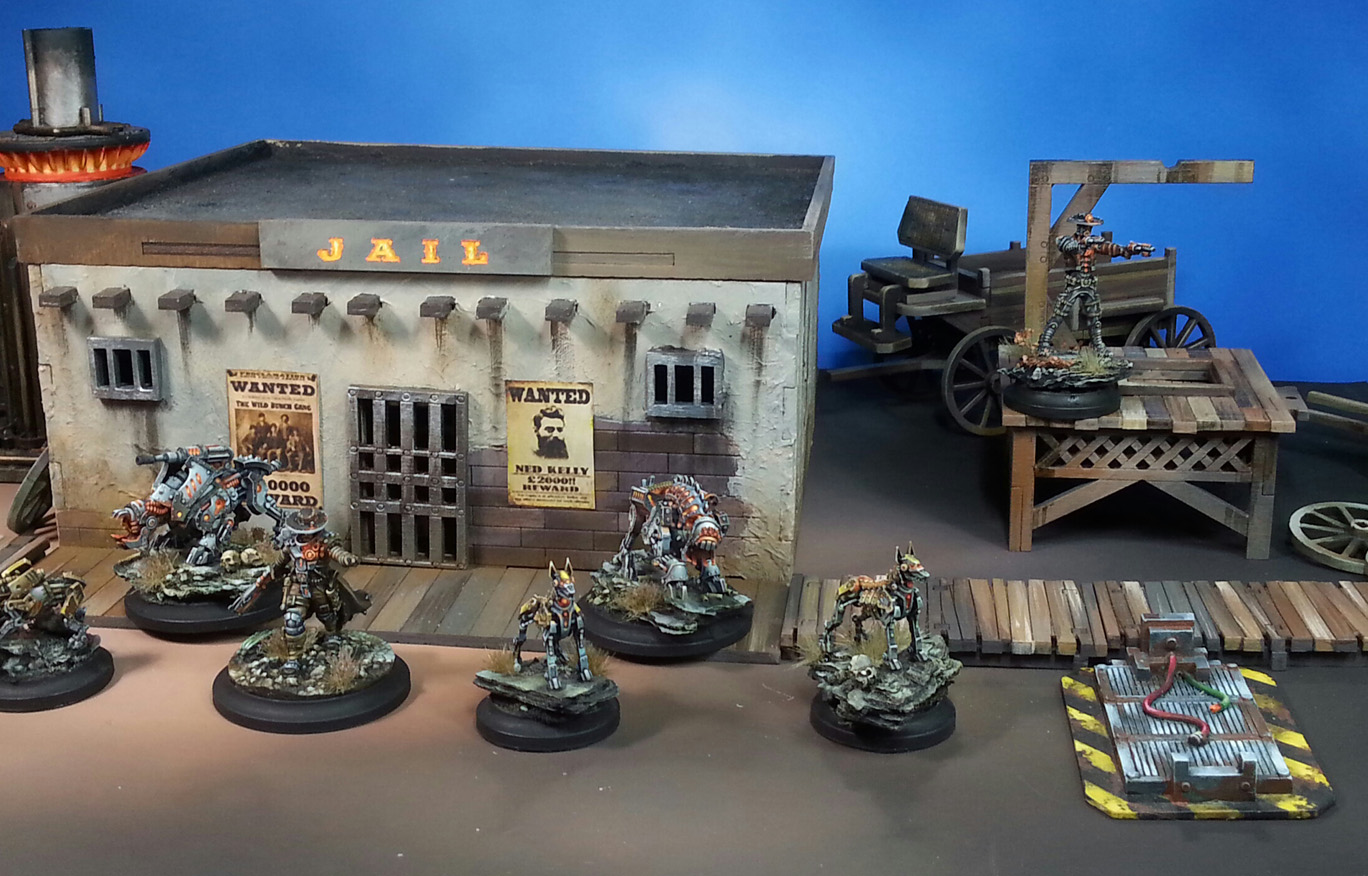 I think this group would be very deadly in a fight.  There are a ton of action points here, with everything essentially have three each. 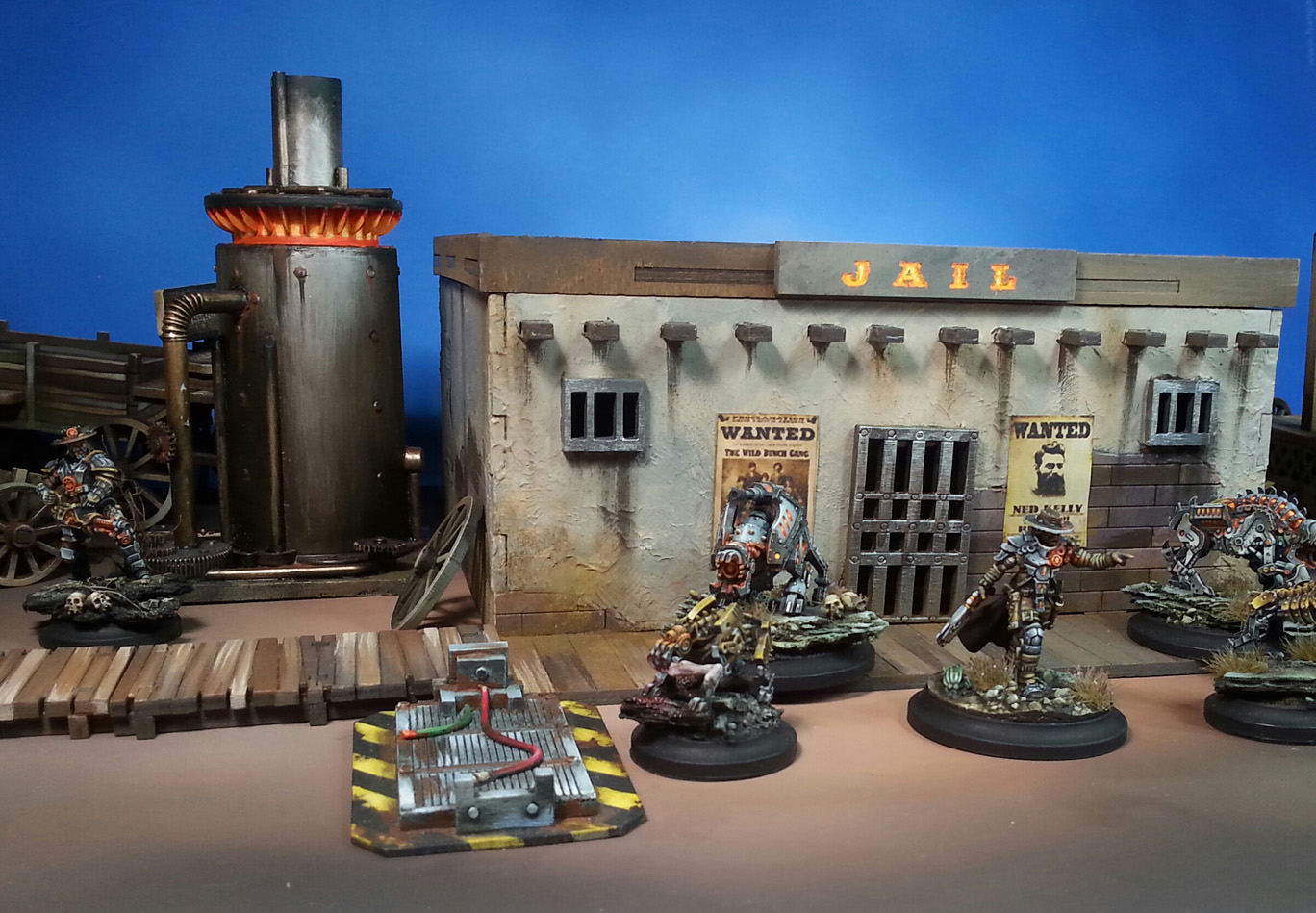 When you couple that with the speed of the K-9's, this small number of figures acts as if it were almost half again as numerous. 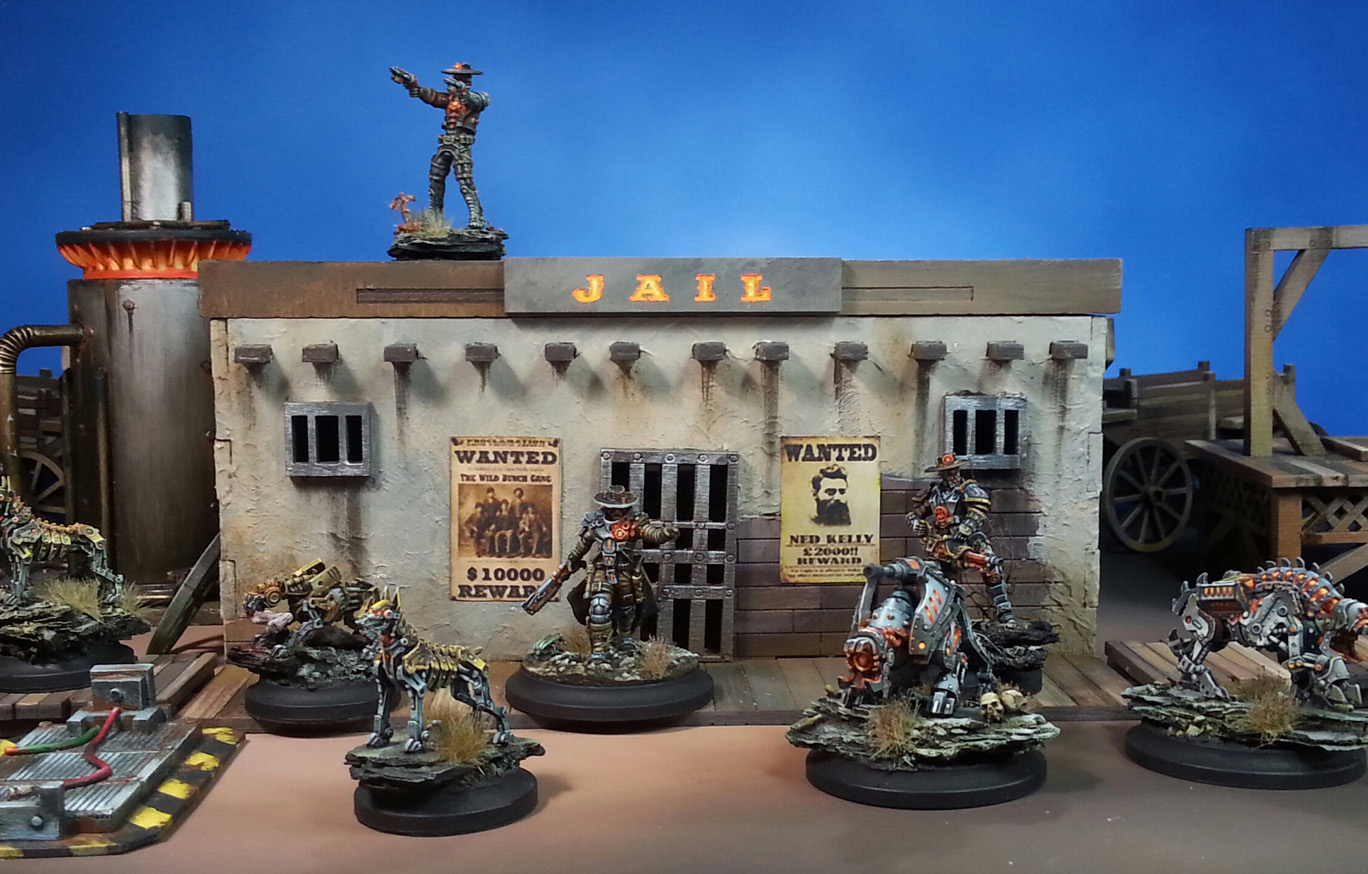 The range of the firepower is also enhanced by the mobility of the large dogs, and Legendary Wyatt's powerful gun. 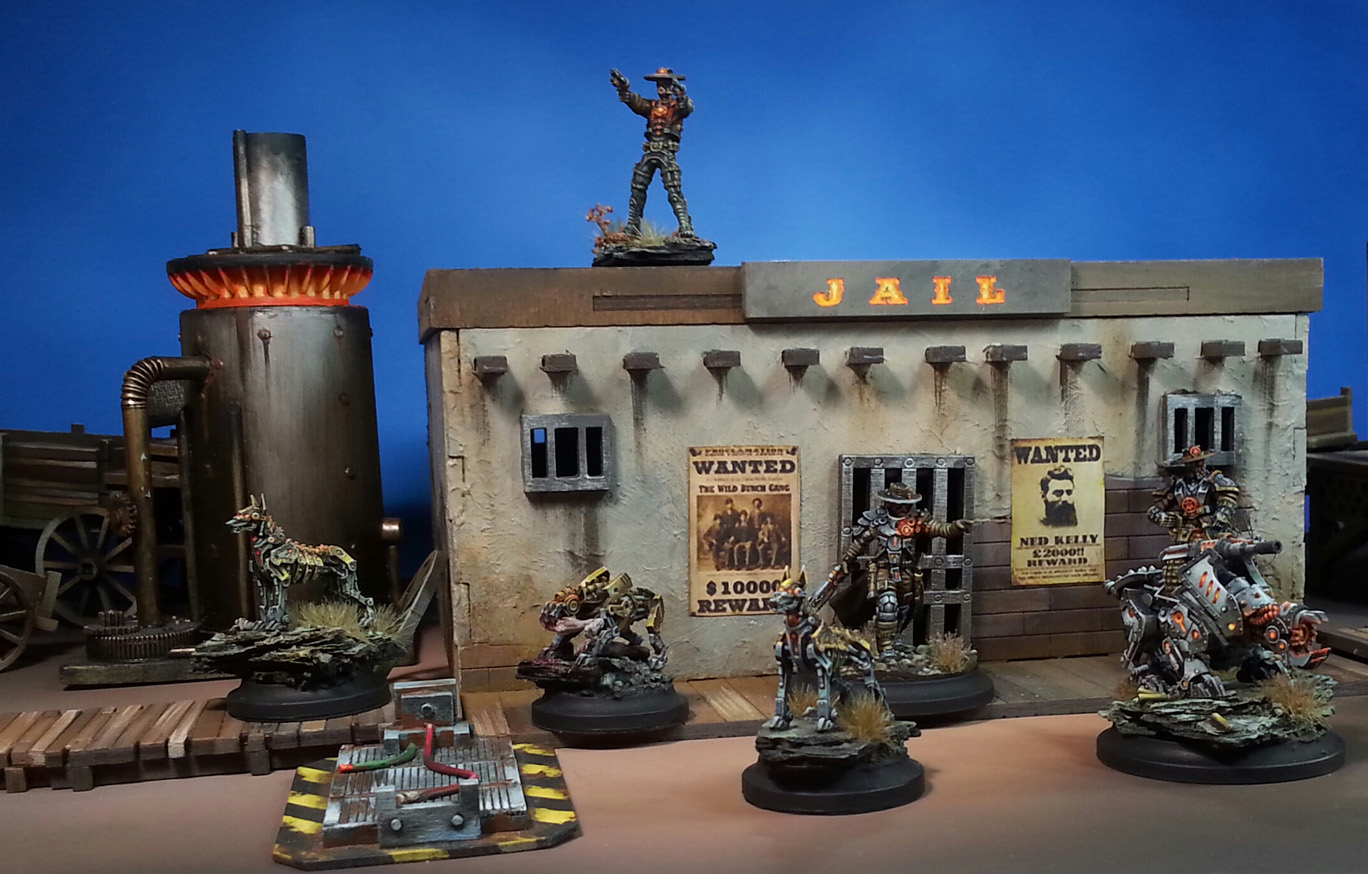 Even the smallest of K-9's is lethal in combat.  They are also blurred targets, so a great number of shots will go astray. 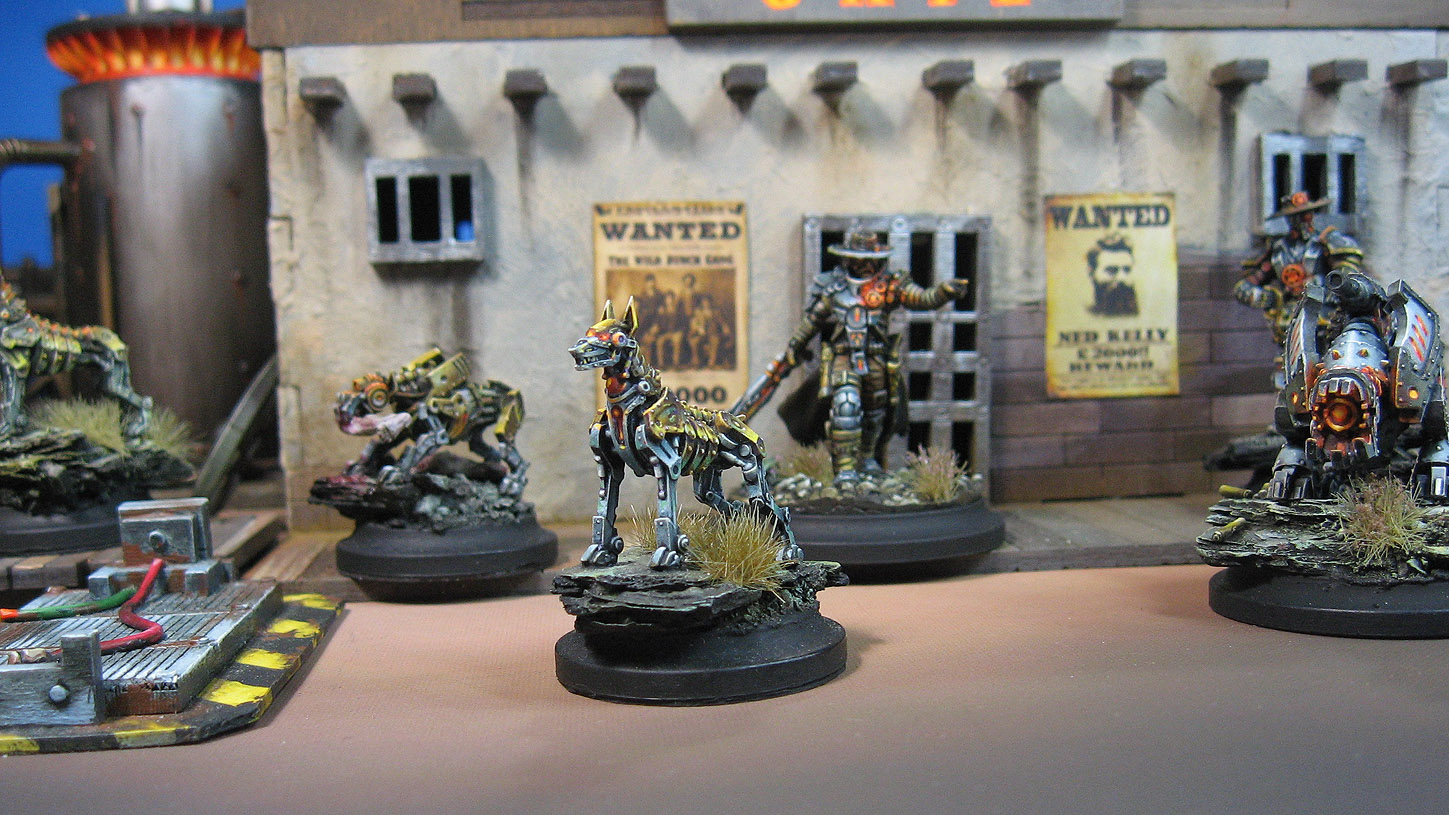 The K-9's have been the most consistent performers in close combat.  While the fighting skill level is not high, there are many attacks and strikes to compensate. 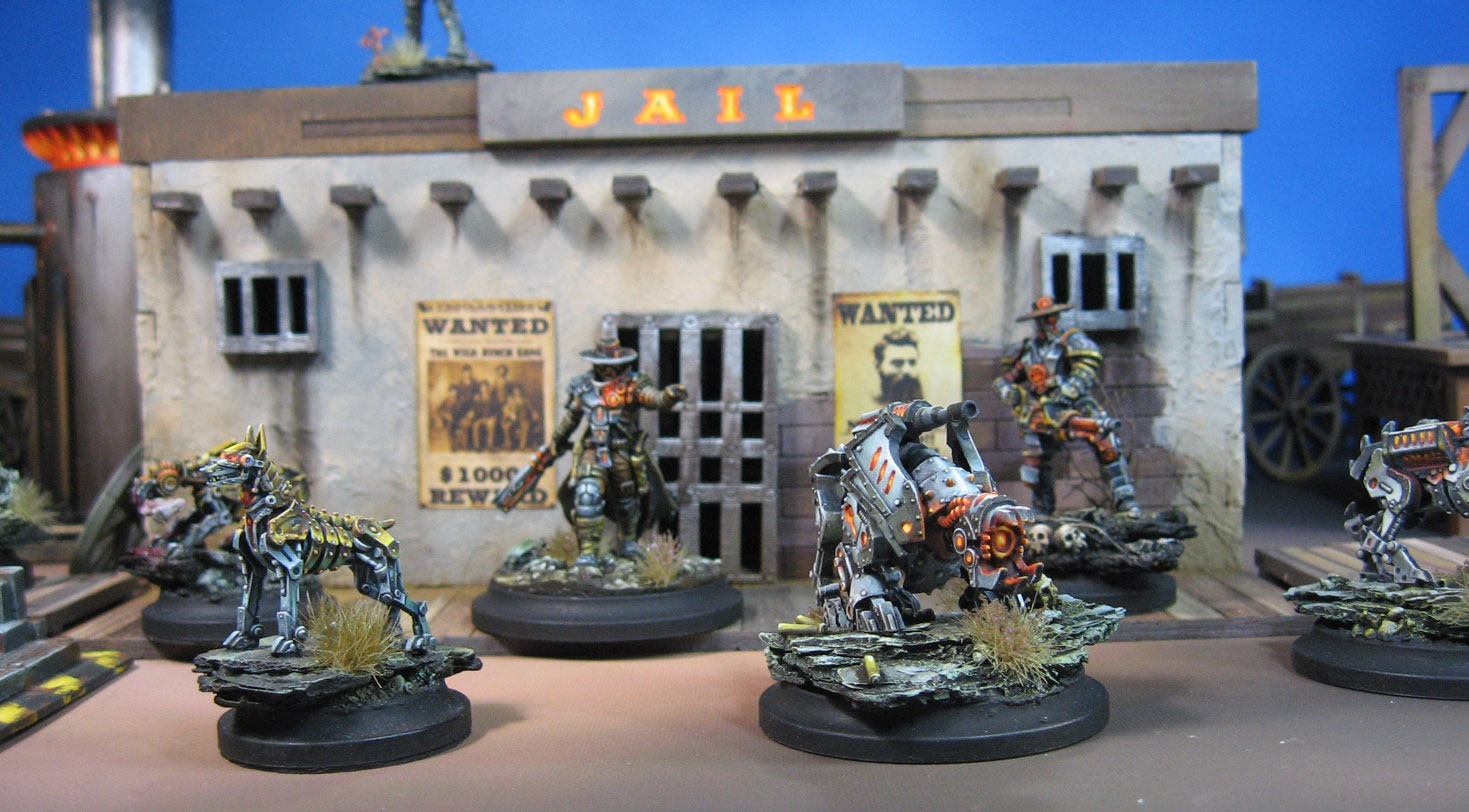 This is also a very heavily armed posse!  I believe that with forward eschelon, the large K-9's have armor 6! 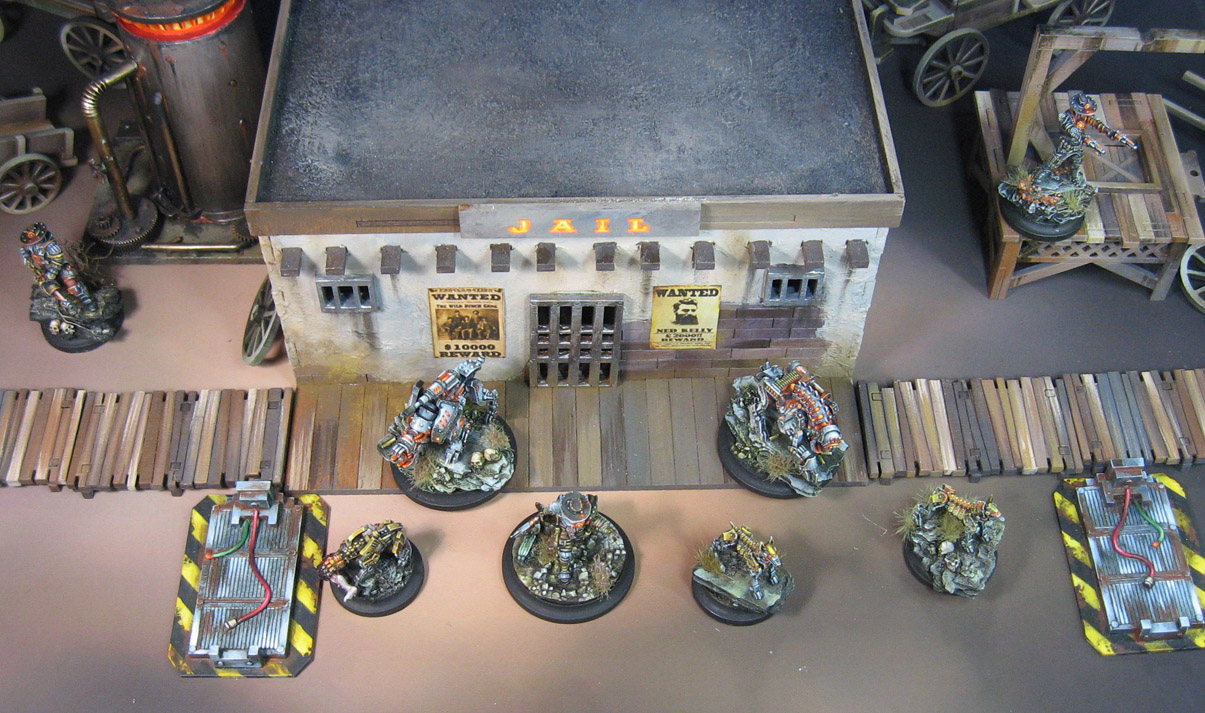 Things are gonna get hot in Wappelville... it's going to the dogs! 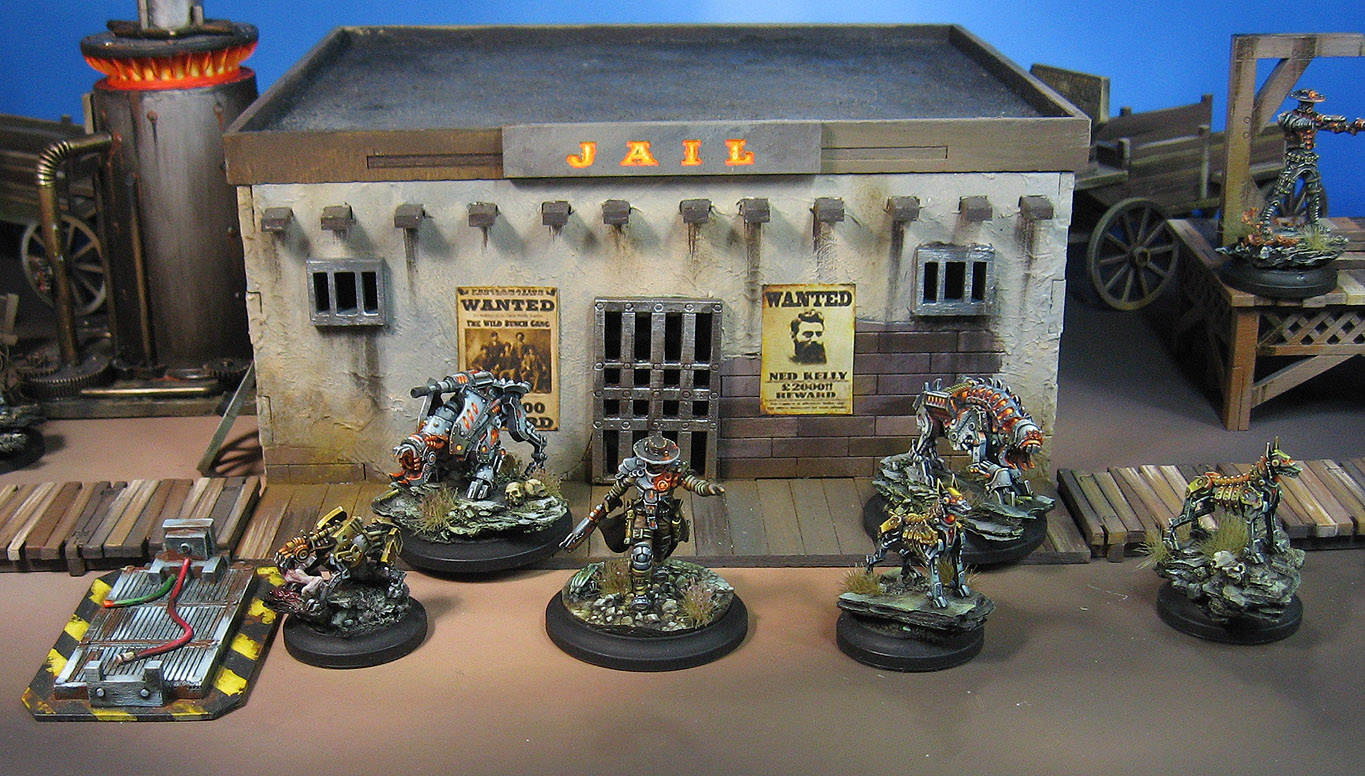 We anticipate that legendary figures like Wyatt will only come around for special story based scenarios... most likely facing each other. 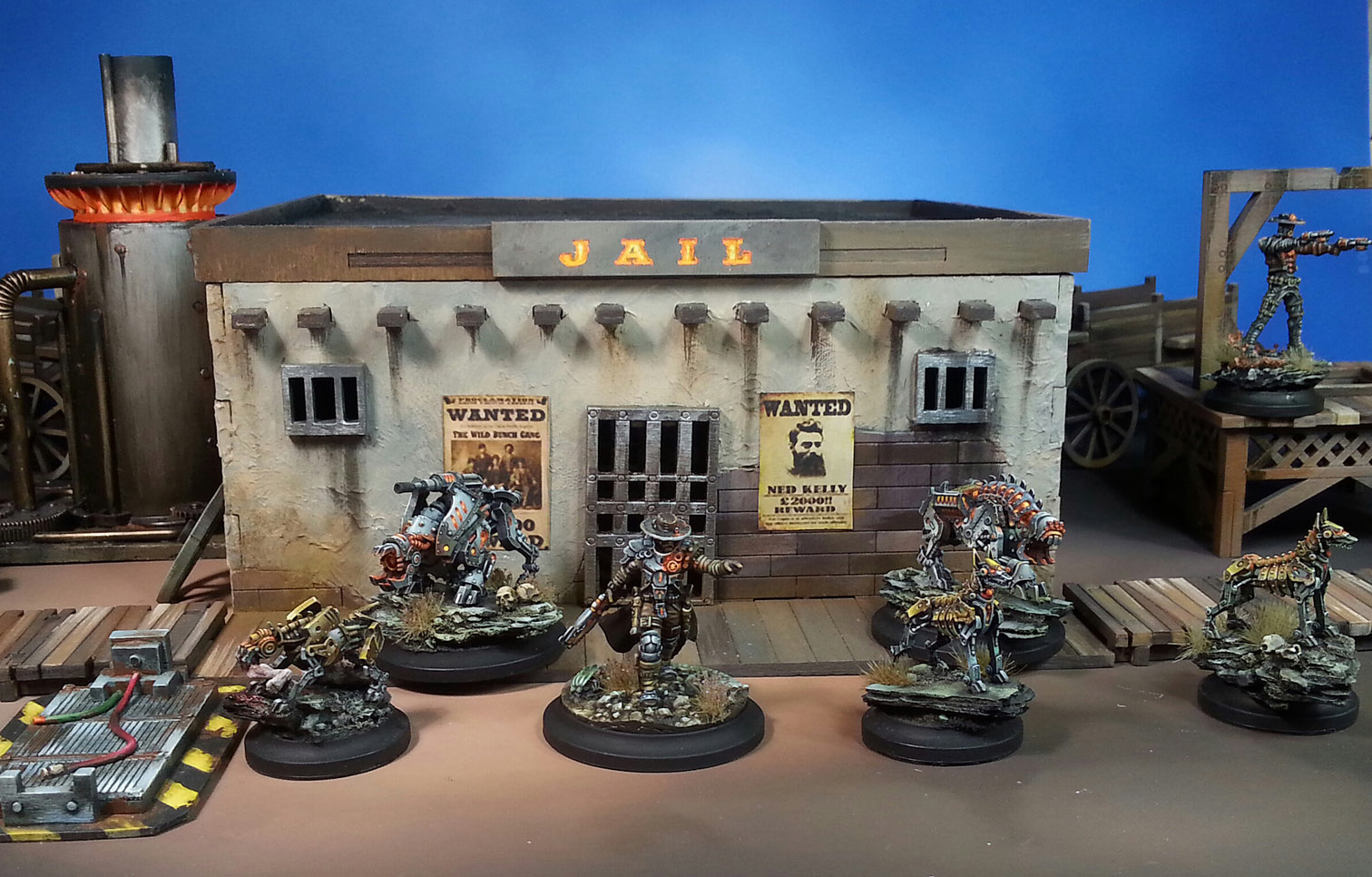