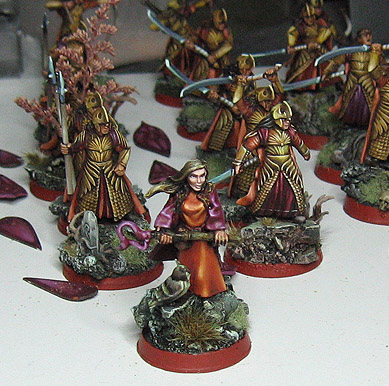 Well, the slog continues to get things ready for Bilbo's Bash!  As I waited for glue on the display board to dry, I did flock and grass on the miniatures.  Normally I don't do any of that until they are 100% completed, but circumstances dictate drastic measures! 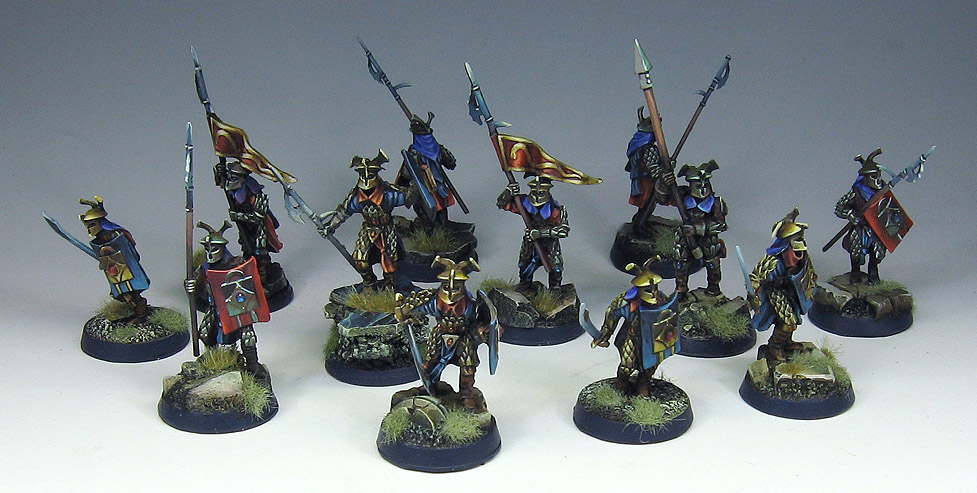 Here we have some of the Easterling foot troops.  Some are Black Dragons, some are standard issue.  This is where making the upgraded troops blue/gold will be very helpful during the heat of a tournament game! 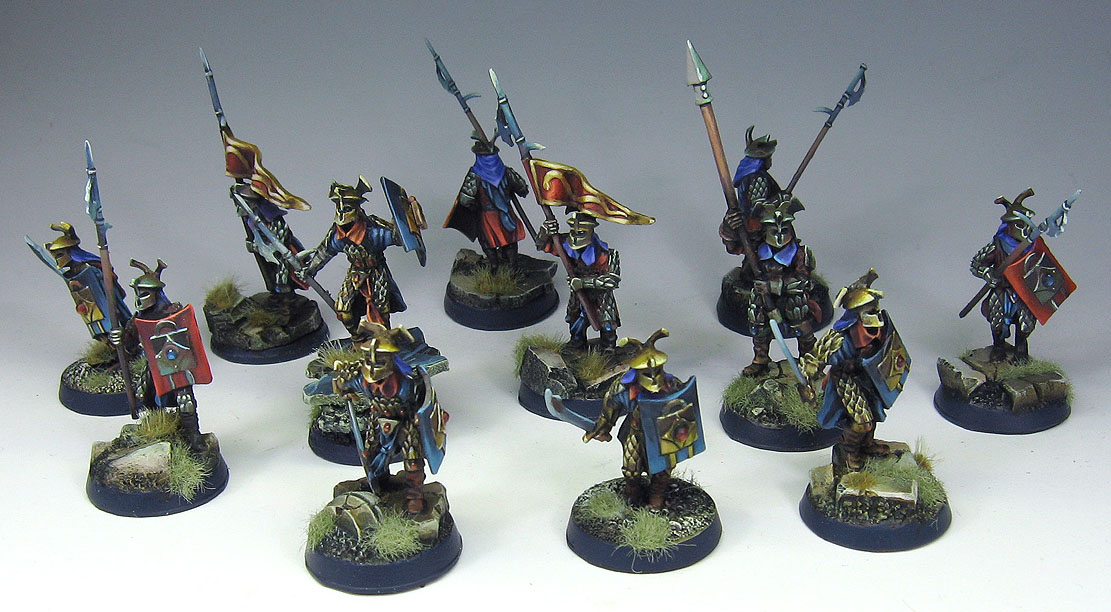 While I would have preferred to have a lot more miniatures on the board, it does occur to me that good armies tend to have smaller numbers. 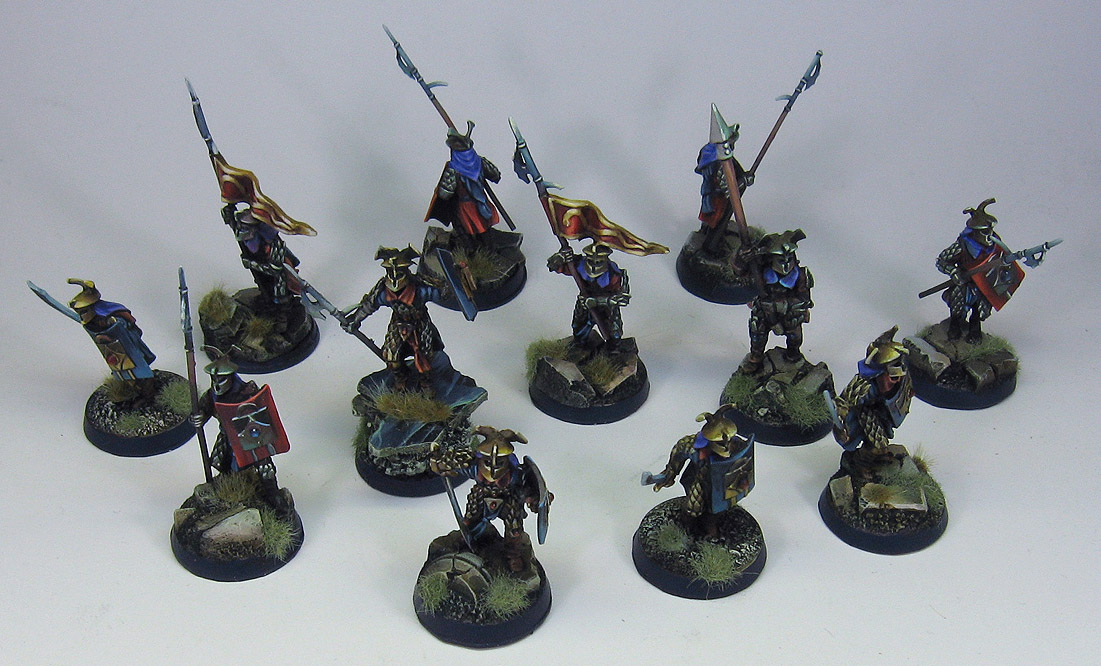 The infantry captain is on the raised base in the middle. 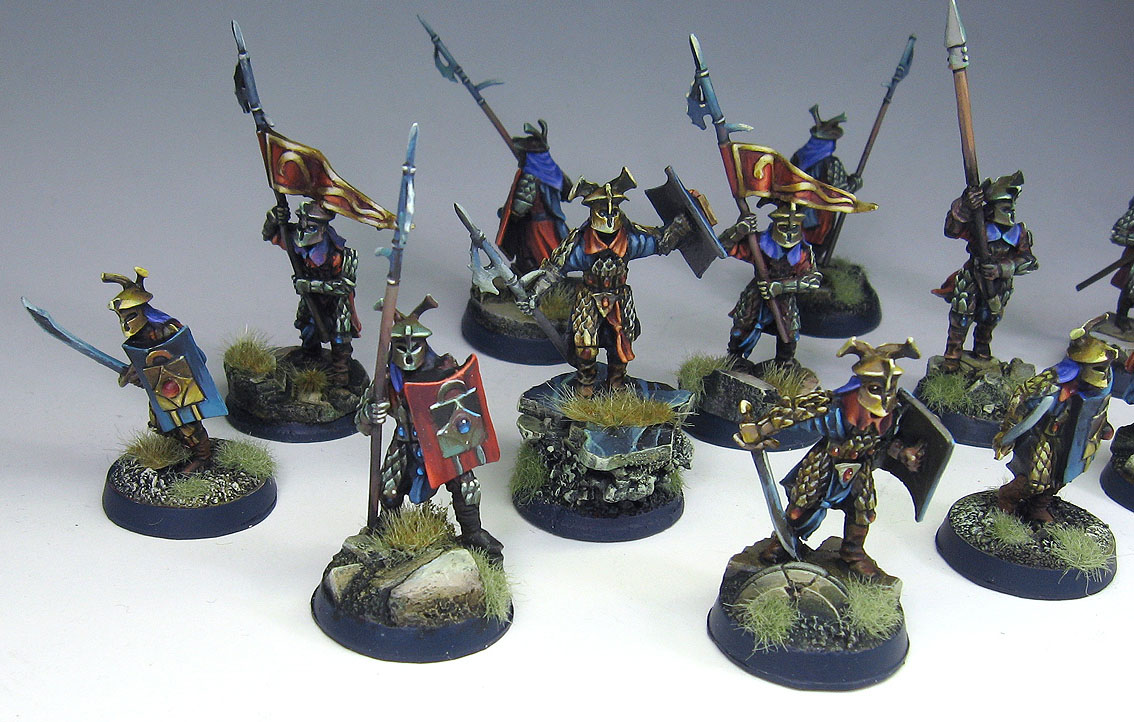 In a very ironic twist, my Elf army (even with Great Eagle Gwaihir) has 8 more guys!  Of course, this army does not have 4 chariots in it.

You can see I have a bunch of shields stationed about waiting to be painted.  Those guys will look really different with those attached.  I have gotten used to playing without them :-) 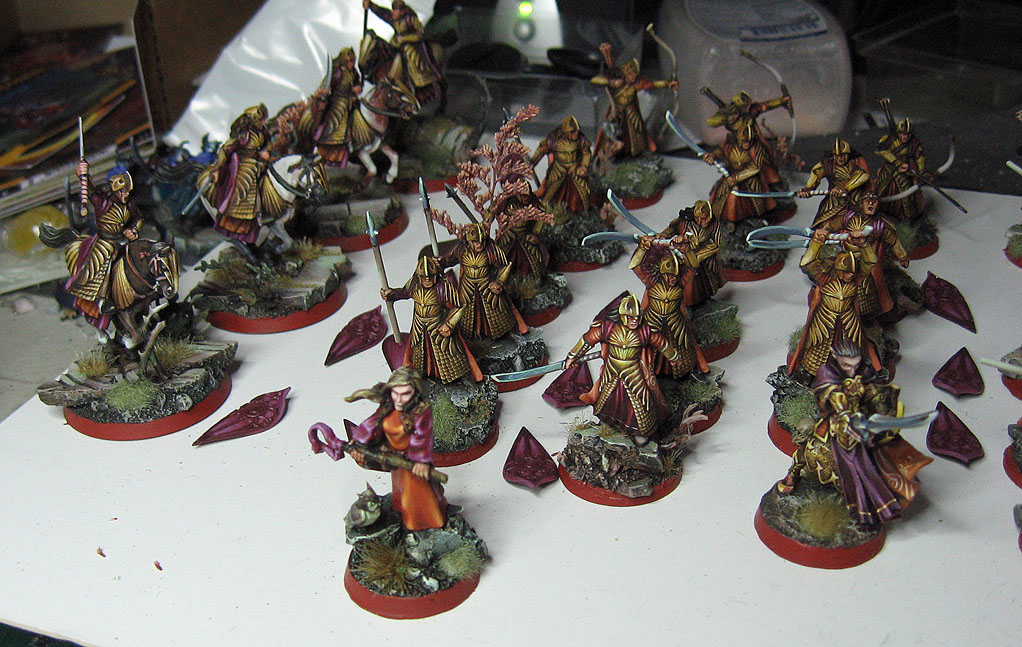 Time to get back to the grind!  It's gonna be another late night... 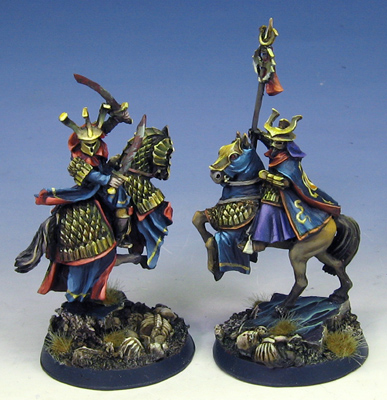 Well, here are those freakin' finecast figures I mentioned in last night's post.  The production value on the casts was brutal.  They were almost unpaintable, especially the figure on the left.  I could have painted 4 miniatures in the time I struggled with that one! 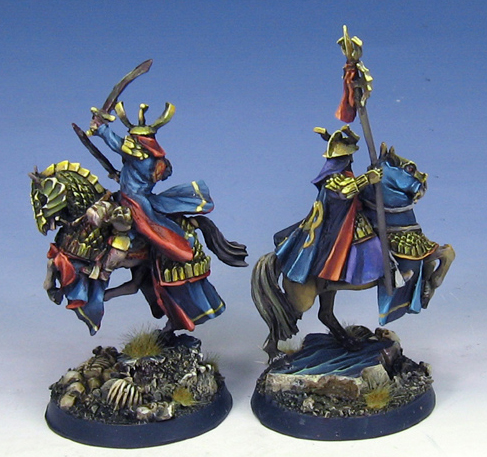 There was not a single element that was not miscast or badly sculpted.  It also had very heavy pitting texture on the cloak, which was ridiculous.  Even with pins, the back legs kept bending and collapsing. 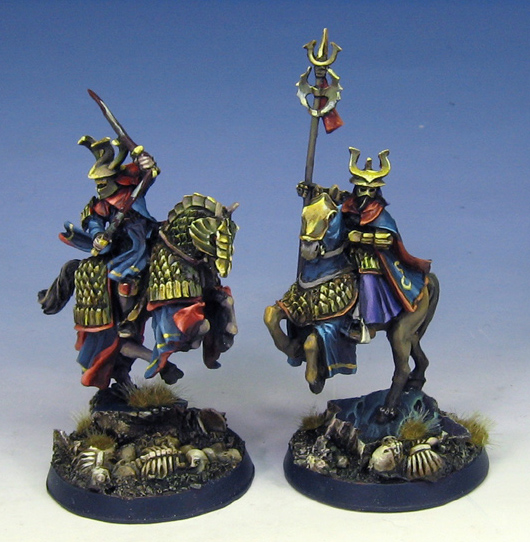 The war priest was not as bad, but still had a ton of errors.  It was a bummer, since these guys were supposed to be an important part of the army, with lots of freehand.  These were so bad, I had to abandon almost all the freehand that I wanted to do. 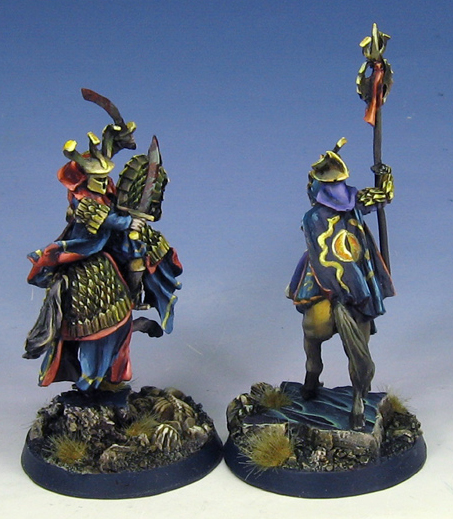 The helmets were so nasty, I had to use an exacto knife to shave down parts of them so that they had an actual shape. 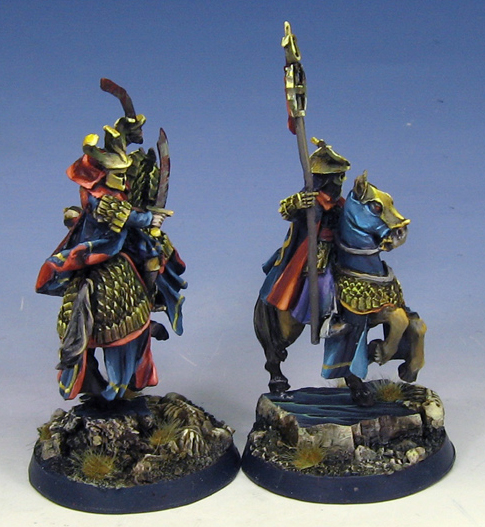 Sorry to be so crabby here!  It was very frustrating to lose so much precious painting time to stuff that should not even be an issue in the first place! 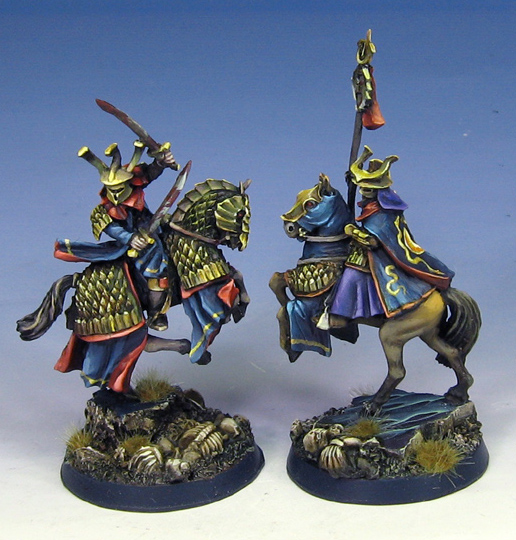 From now on, I will either be converting plastic or metal figs I find on ebay, or subbing appropriate Reaper  or Foundry figures.  It was way more fun to do my banner bearer and war drum that way!

Down to the wire: Trying to get stuff painted for Bilbo's Bash 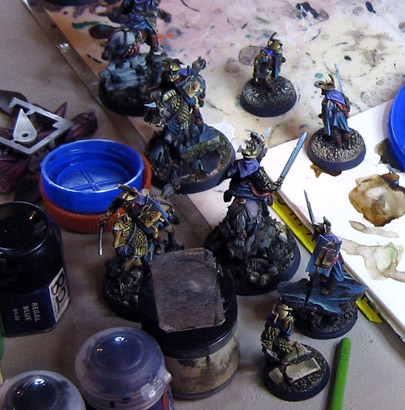 Well, you loyal Wappellians are well aware of the battle royale taking place as I try to get everything painted for Bilbo's Bash this weekend.  It is a very nice tournament, and I want to do it justice by having some decently painted figures. :-) 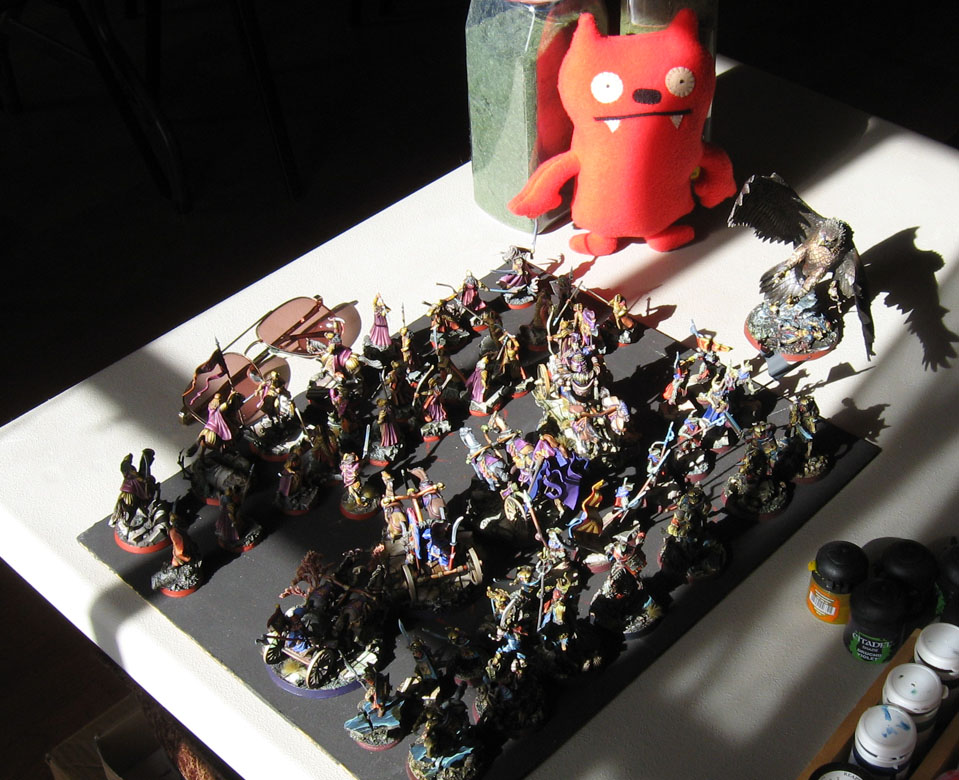 We were at the Wandering Dragon Shoppe in order to avoid the interruption of ringing doorbells, etc.  Right away, I decided to set aside the elves for another day, and get down to the Easterlings.  That was going to be the toughest task, as the sculpts and casts of those are far more rough and inconsistent. 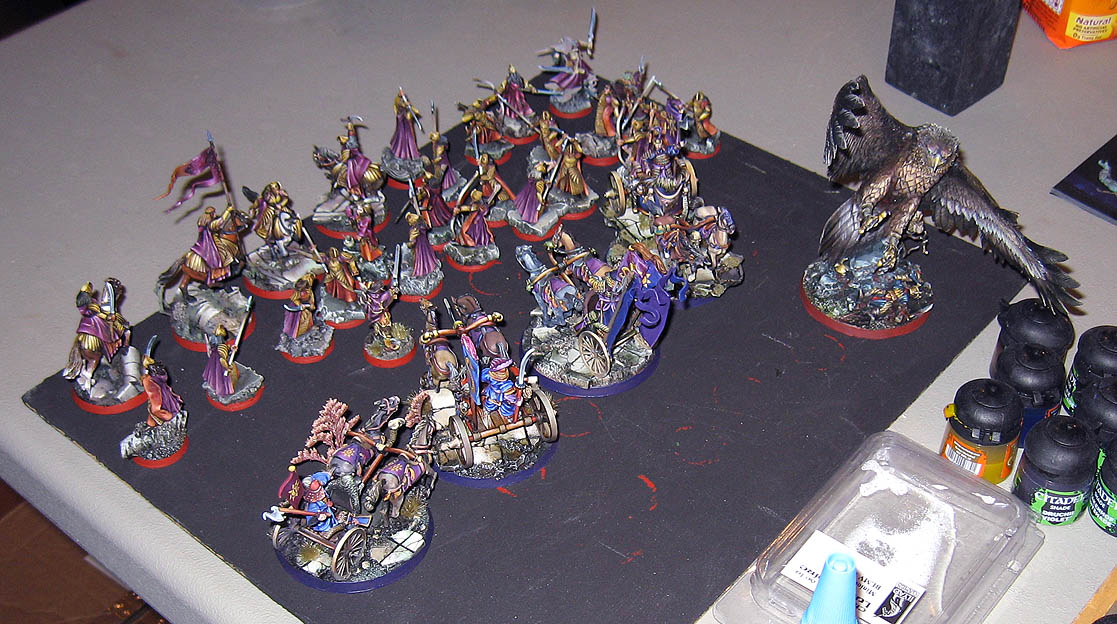 I started off by attempting to salvage some F-Cast heroes (post coming on those tomorrow), and then the rest of the Kataphracts.  From there, I saw that I had to get a lot of work done on the infantry.  In particular, the non Black Dragon upgrade guys needed the most work.  Images of those guys tomorrow as well! 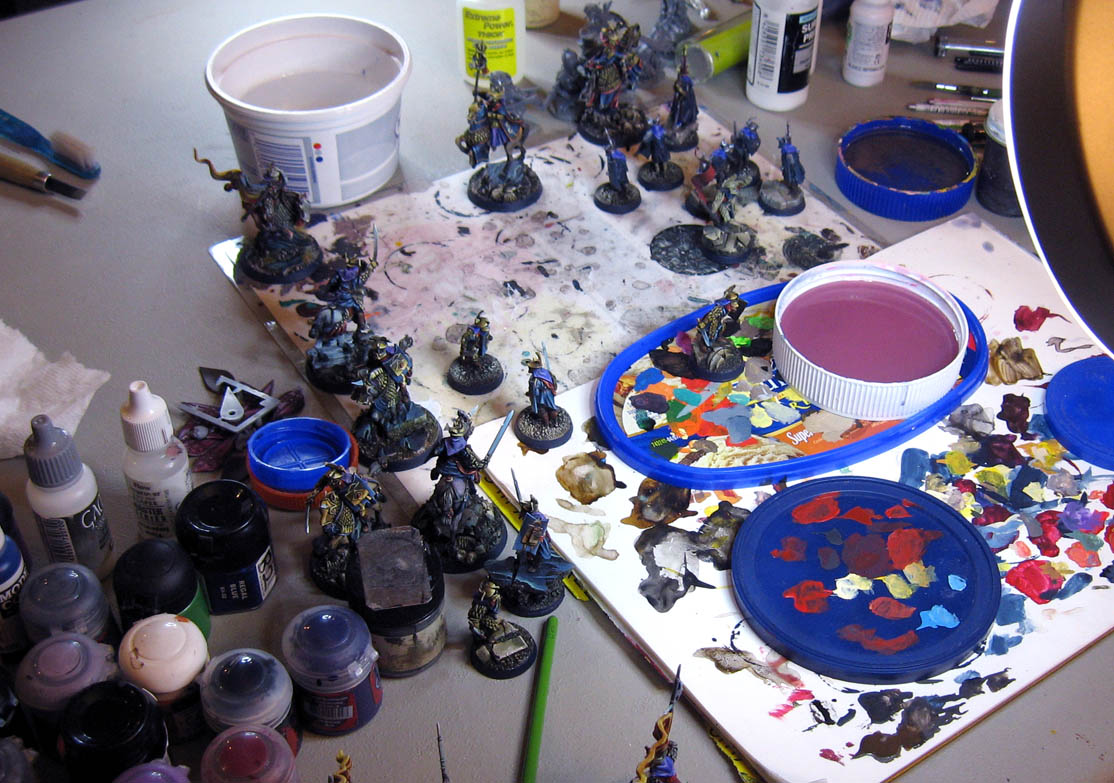 As I was furiously doing that, Cathy joined some lads playing Zombiecide.  That is a pretty neat game, I must say.  They had some hilarious moments, and lots of zombies showed up!  Kevin was a great host, as always, having werewolf movies and candy on hand... 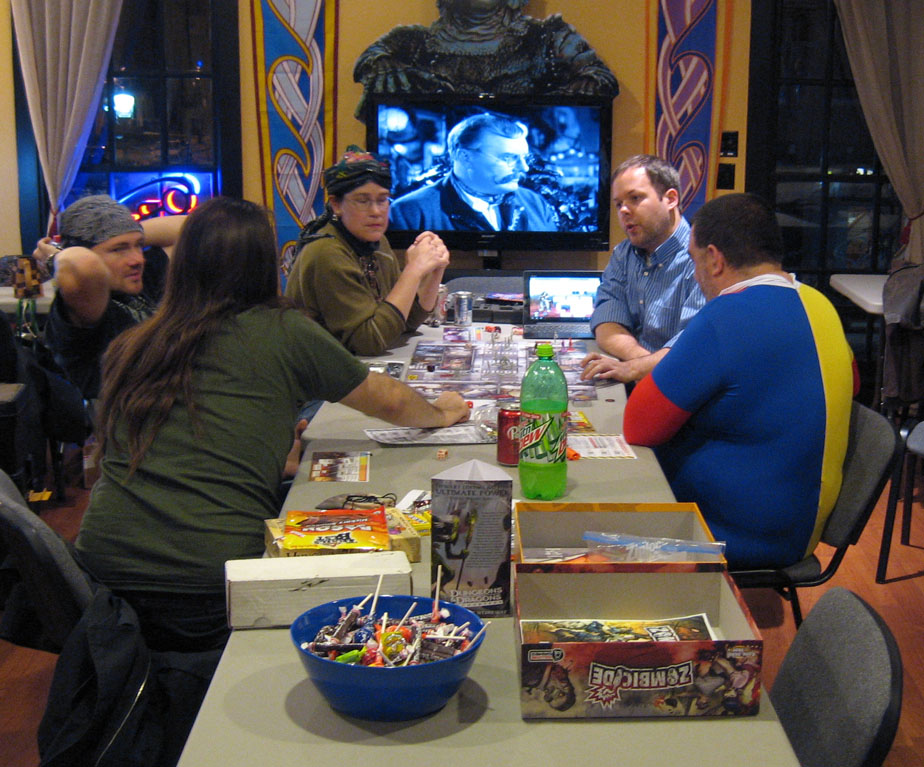 I wished that I could have looked at the game more closely, since it was pretty elaborate!  Lots of miniatures! 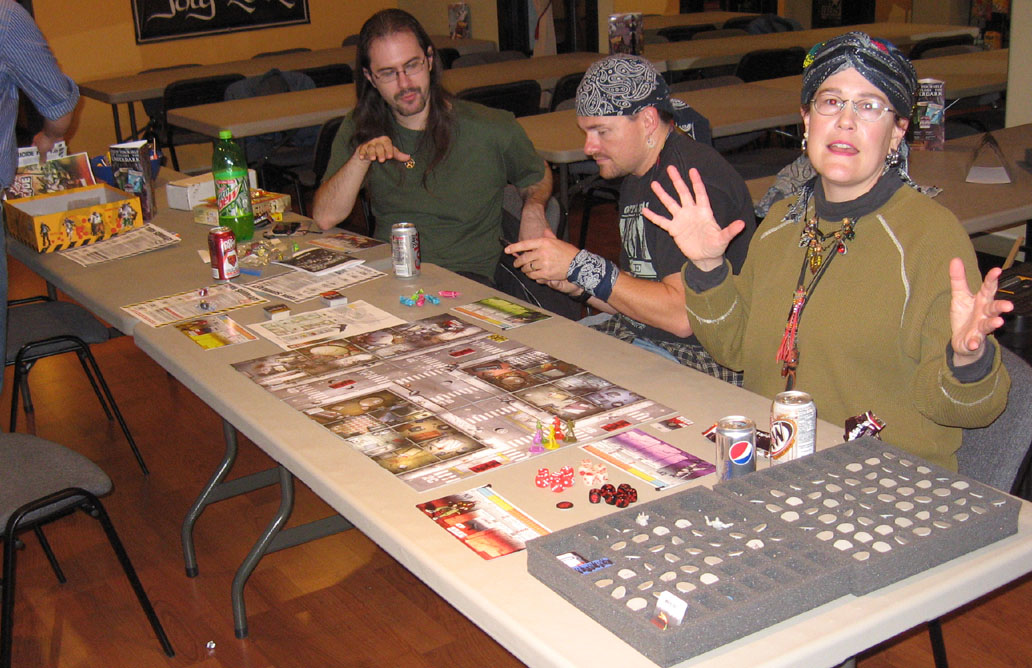 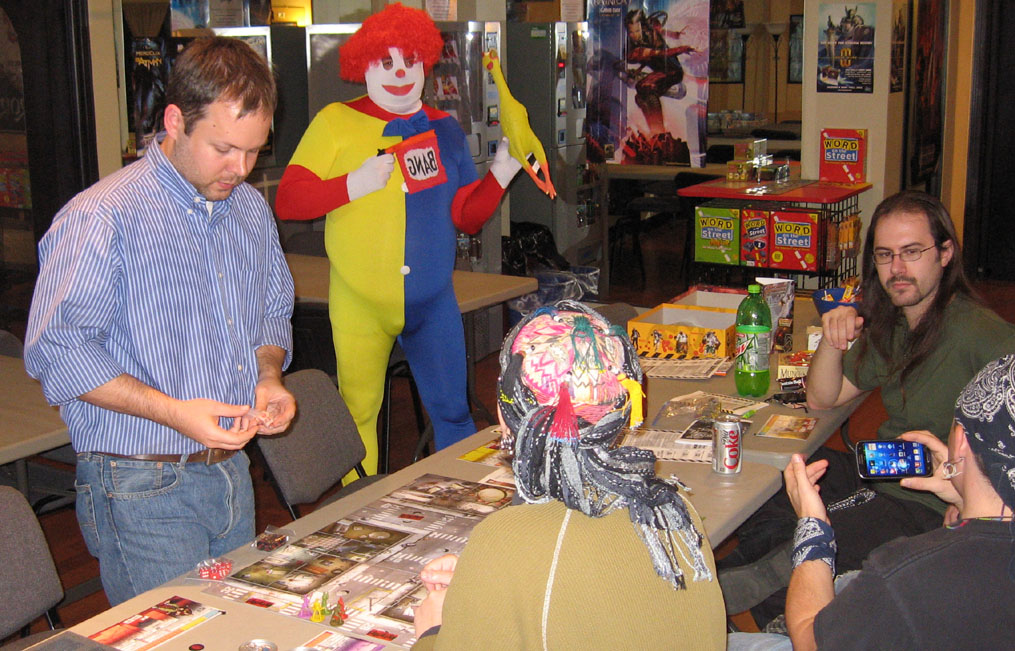 Cathy killed her first zombie with a frying pan. 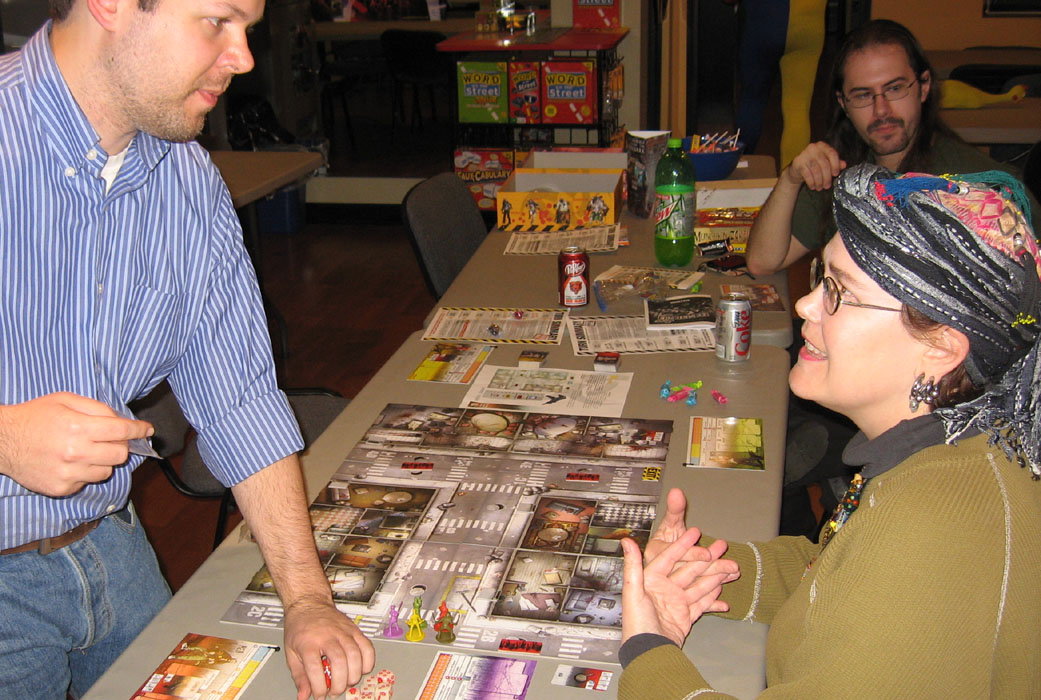 I did get to see a few minis up close.  I was most impressed.  Those would be really cool to paint!  Maybe someday... 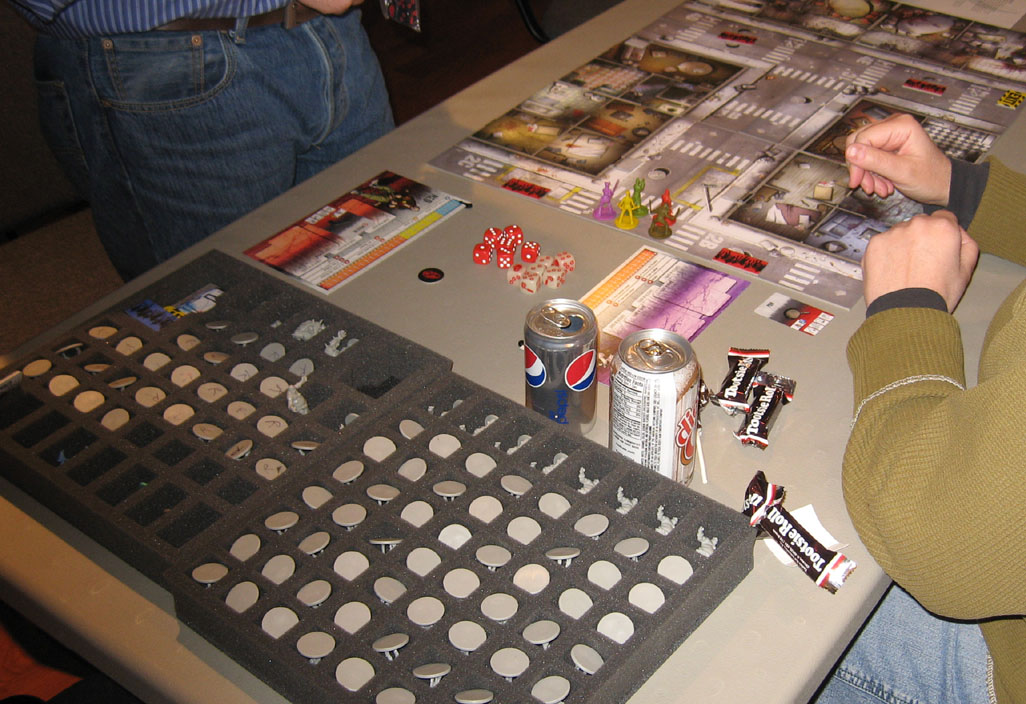 Posted by wappellious at 3:05 AM 2 comments: