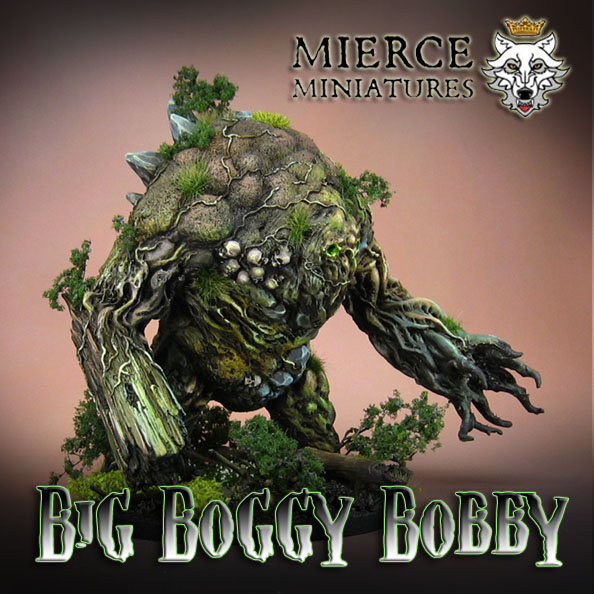 The Bog Monster from Mierce Miniatures is always a fun project!  He's quite large, on an 80mm base. 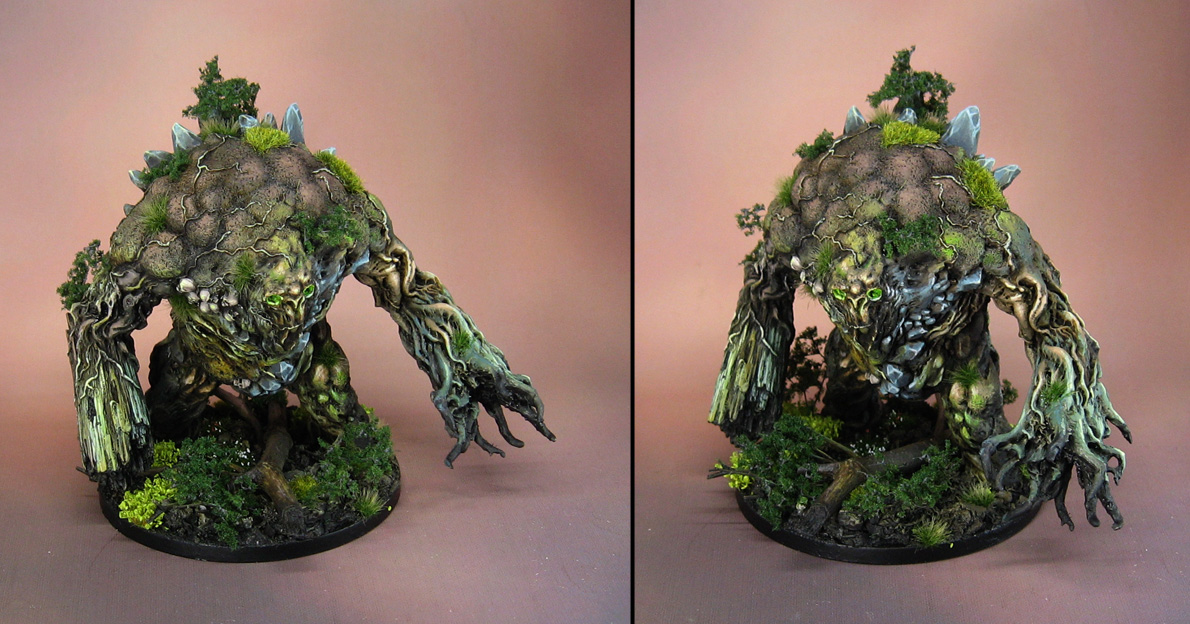 He has a number of different textures going on, with lots of viney areas, protruding rocks, even skulls.  This branch arm was very nice, and I tried to accentuate it with those lighter, cooler greenish tones.  You can see the transitions from the reddish browns to yellow greens into those cool grayish greens.

This helps to make him appear bigger and more formidable, much more so than if he were all one shade or tone of brown. 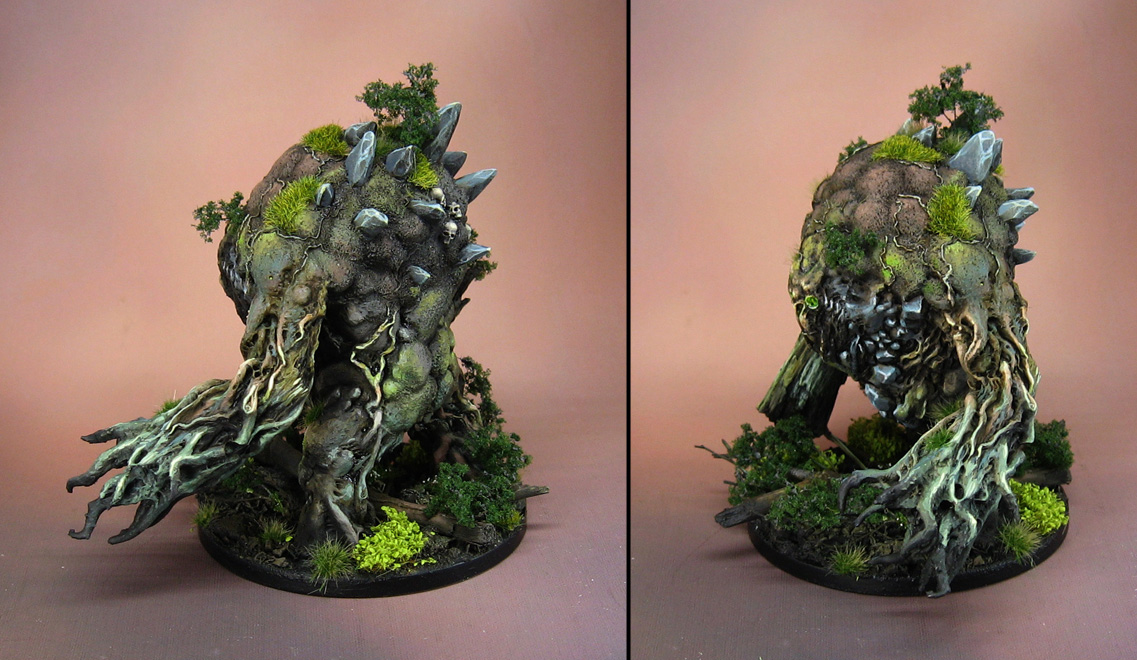 This angle shows off the larger rocks, which made this large, broad area far more interesting to paint.  I knew that I wanted to have moss, grass and branch foliage applied in this spot, so the warmer reddish browns not only provide contrast to the rock colors, but to that foliage as well. 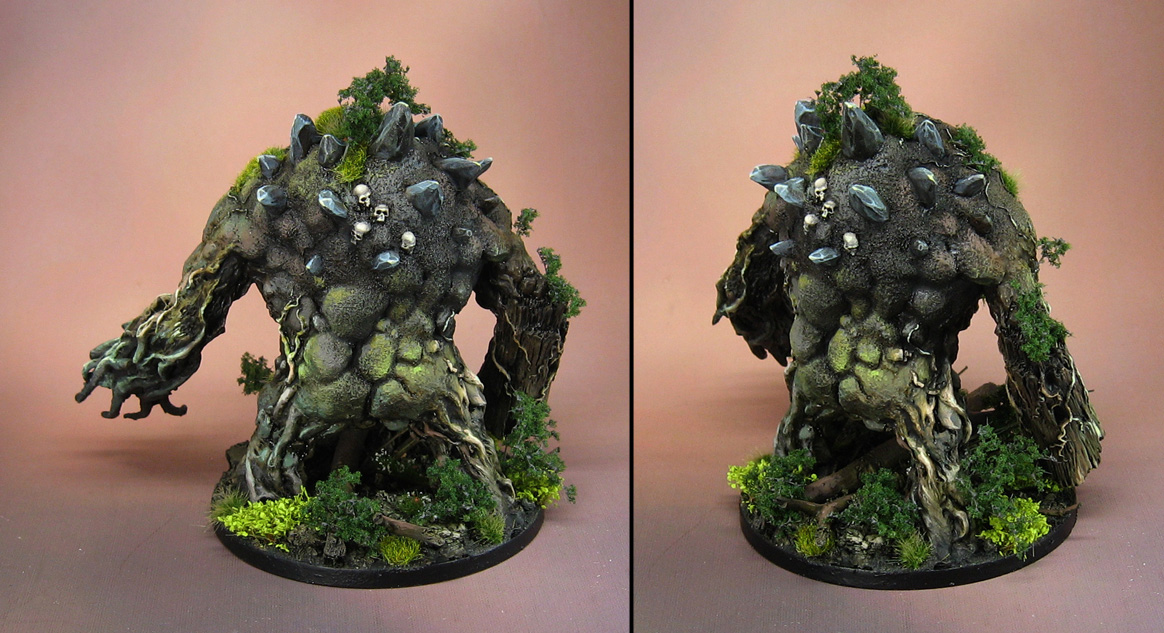 The opposite arm is one heck of a club!  I enjoyed painting that striated texture. I included all the different colors and tones on that section.  Just above that, you can see all the embedded skulls. 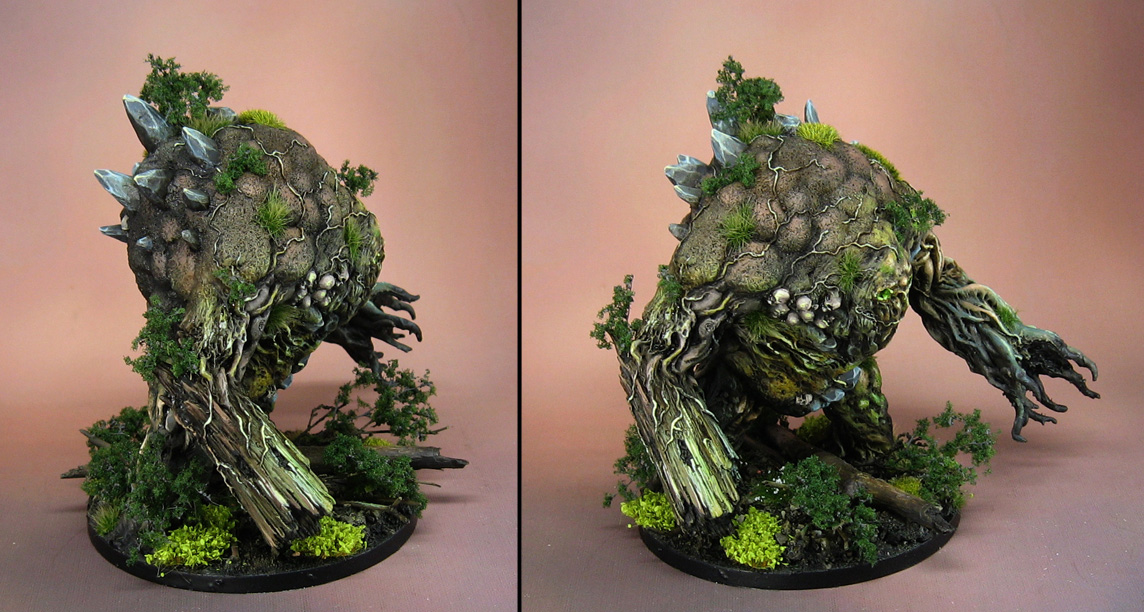 These views focus more on the foliage elements, both on the ground and on the figure.  I used a few different types of grass tufts from Kings Hobbies and Games, plus some Woodland Scenics branches with the fine flock added. 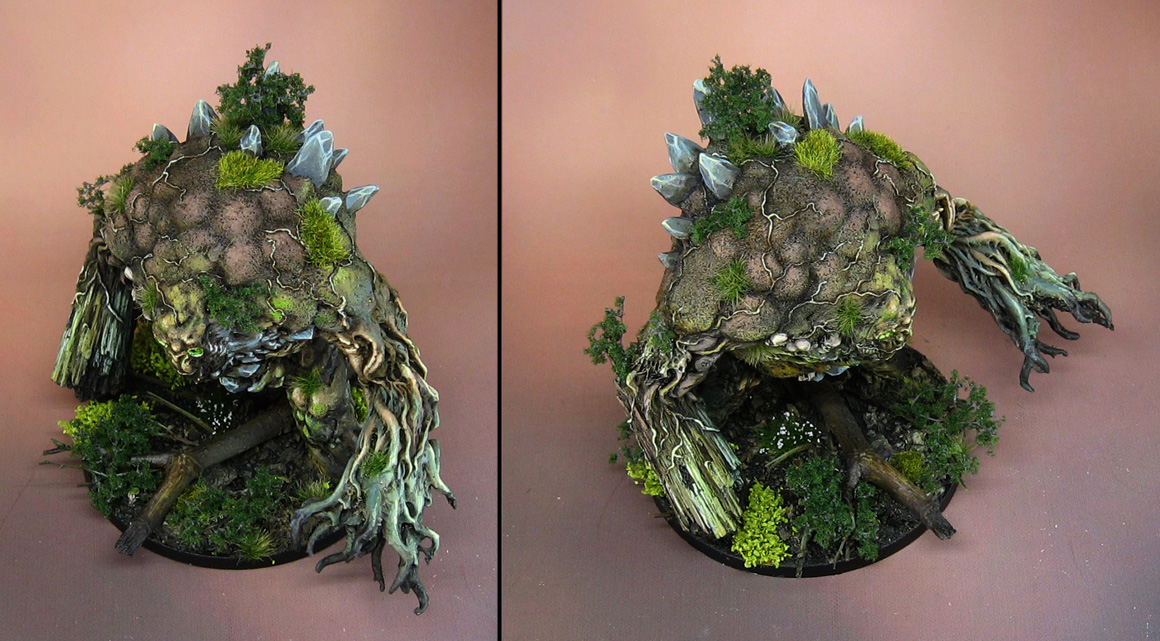 Another peek at the rocks, this time from above.  By placing the grass tufts around the base of those rocks, I thought it might make them look a little like standing stones.  Given the association of ancient Celts and bogs, the guy could be the collective spirit of all the kings, warriors, etc., who were ritually placed in bogs... rising once again! 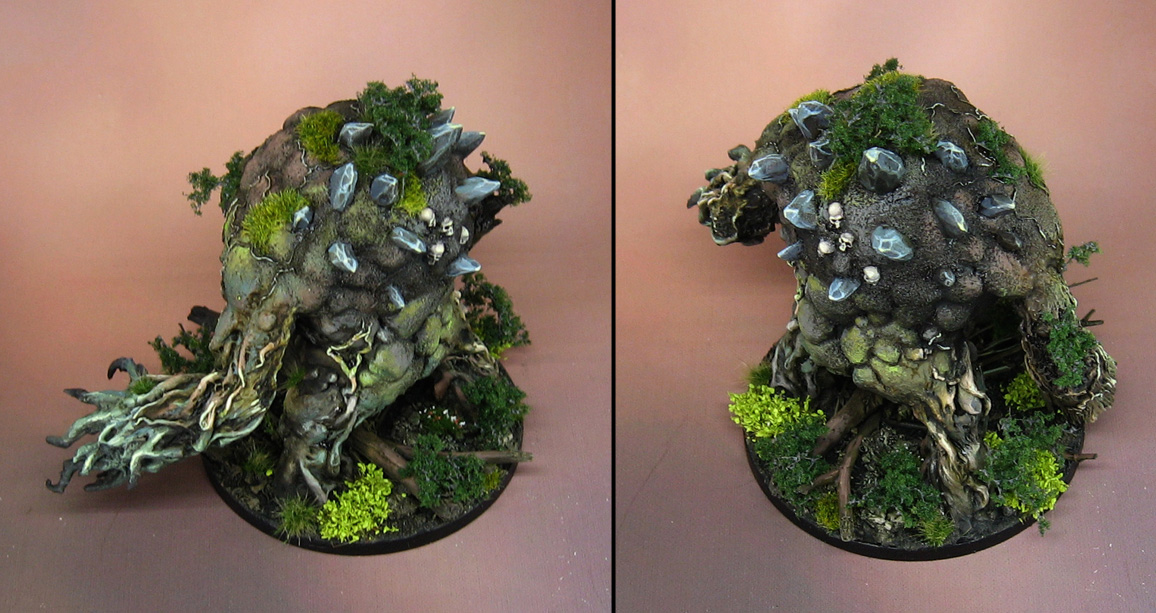 The ground level views really make him appear massive!  All the branches and foliage really change the setting...the entire time I was painting it, I had to keep in mind that I would be adding all that stuff later.  Each color that I painted in a given area had to be done with this foliage in mind.

There you have it, Big Boggy Bobby in all his mossy, leafy glory. 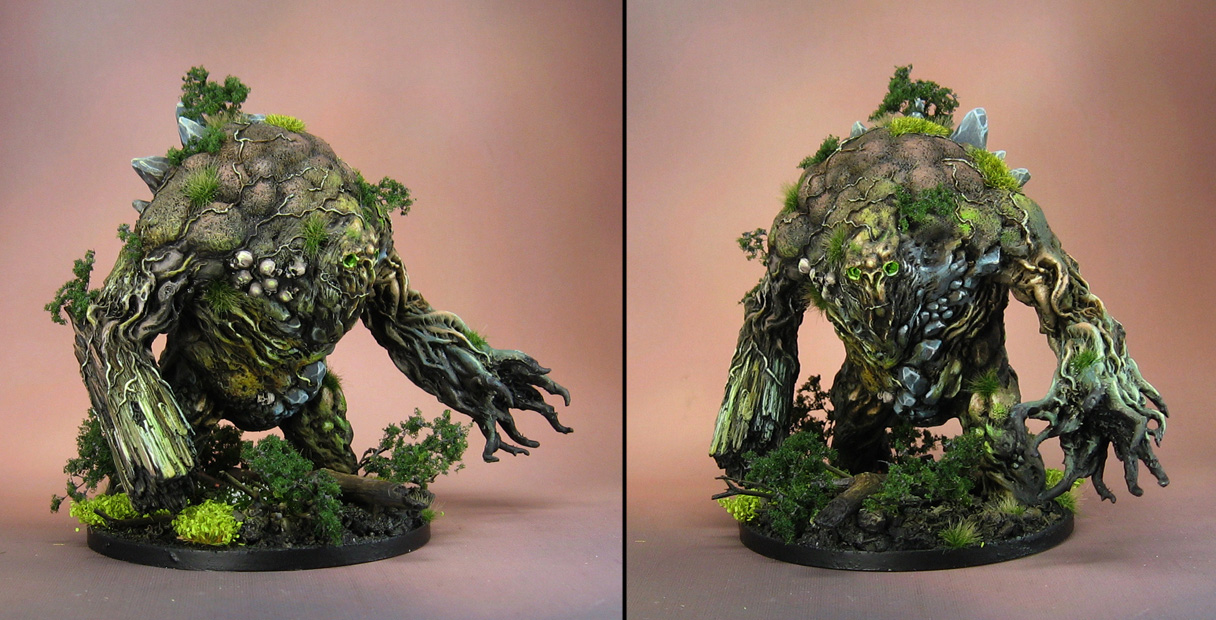