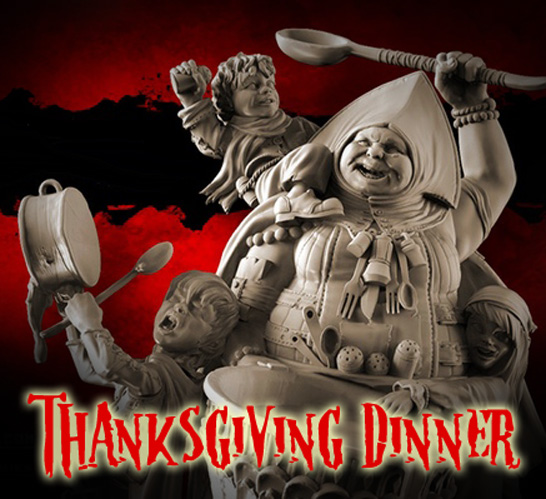 That time of year is just days away!!! Scary thought, I know.

With each campaign, Raging Heroes likes to create some "urchin" style figures.  Kiddies getting up to lots of mischief!!  And these kids certainly are. 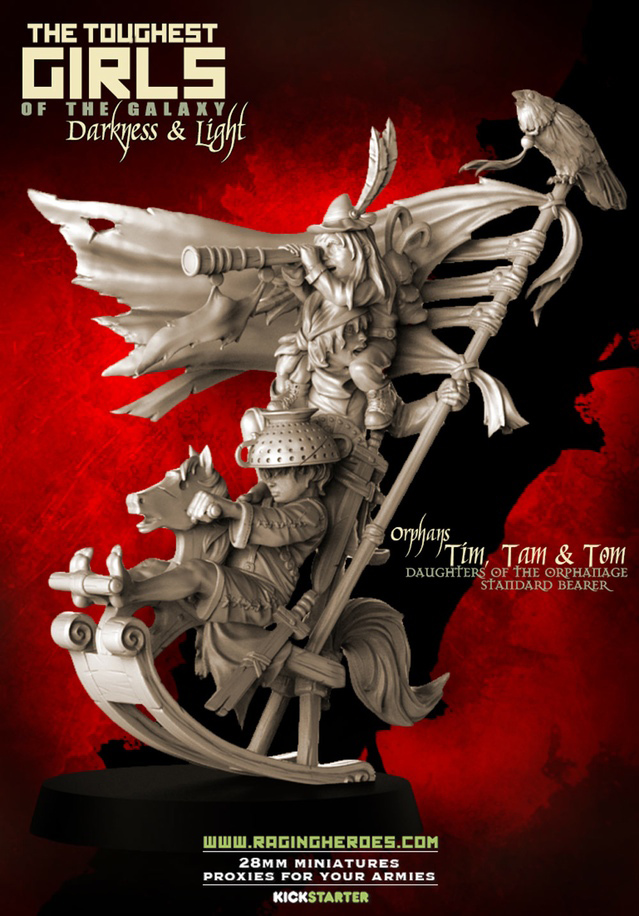 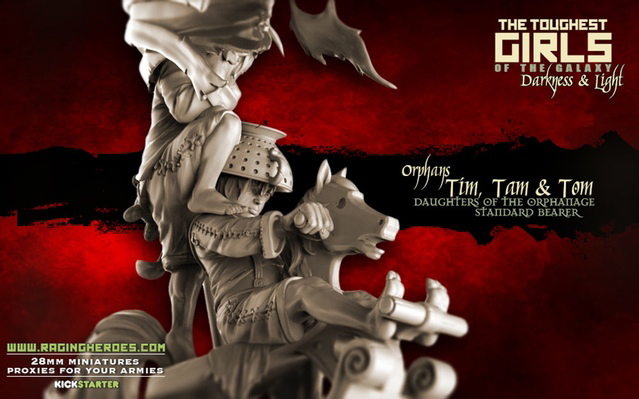 Charging ahead on the hobby horse!!  The exquisite details on these are unbelievable.  Look at the stitching on the cuff of the sleeve.  Every bit of the pose tells quite a story. 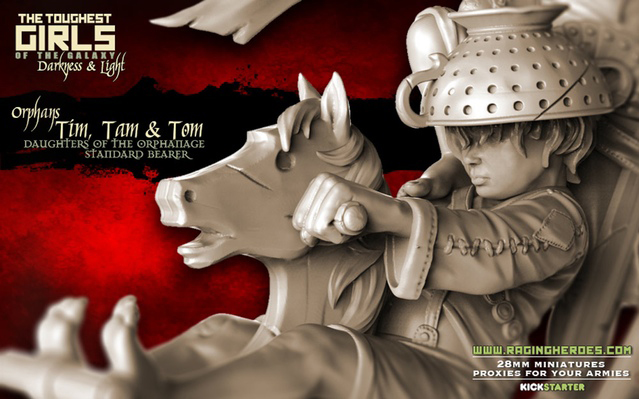 And yes, we have quite a story here!  This might even be very fun as some kind of halfling master chef ally for Kings of War... or even Blood Bowl!! 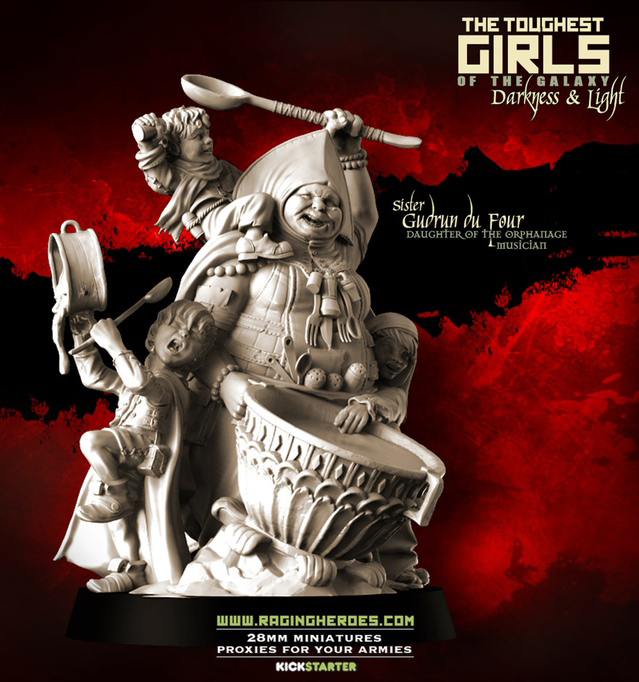 Someone is not quite satisfied with their gruel. 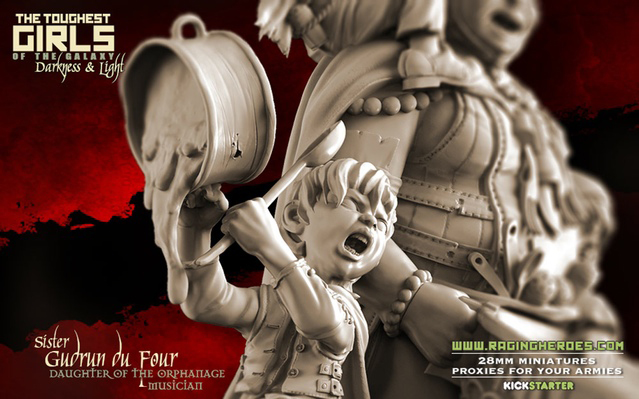 I want more salt!  Or, does she want to cover something in pepper... 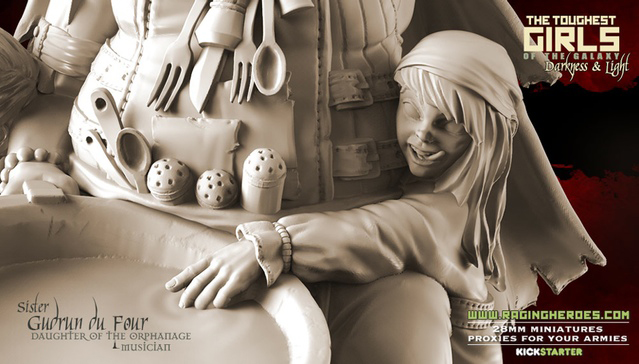 I certainly can't wait to paint this amazing set!! 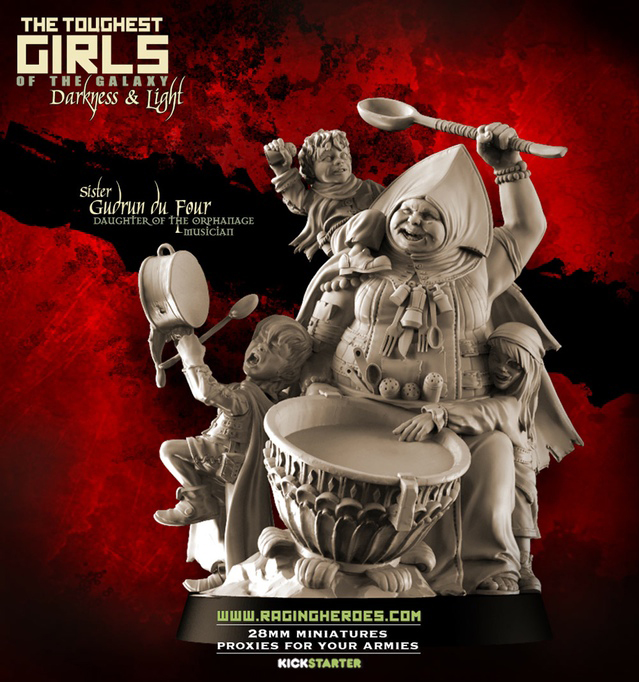 Just don't mess with the kids... the Nuns are gonna get ya otherwise! 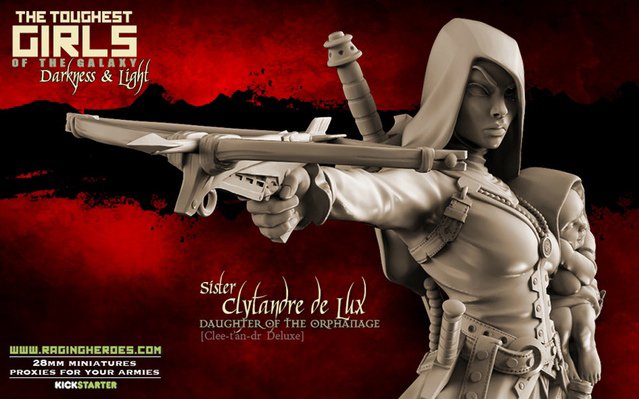 Posted by wappellious at 2:22 PM 2 comments: 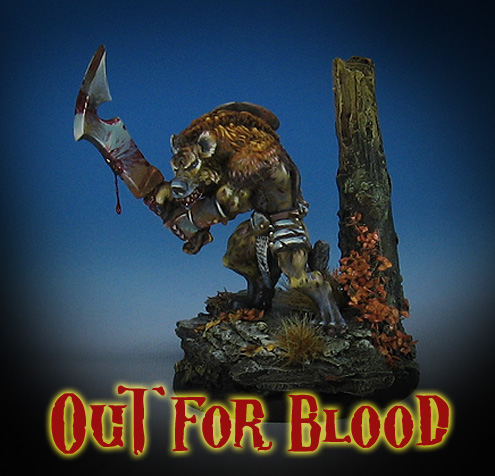 Among the many experiments that I've been conducting in materials for basing, I accidentally stumbled upon a possible idea for making blood drips from weapons.  This would expand upon the technique that I already used for making blood, which involved transparent red paints and Secret Weapon Realistic water.

The additional ingredient would be Liquitex gel medium, which I had gotten to use as a clear water splash material.  Initial tests proved this material to be even more robust than the Vallejo water effects medium, which had a tendency to collapse or shrink.

As a result, several layers needed to be painted to get a desired wave or splash effect.  I was quite surprised at how well the Liquitex gel held its shape!

While flames and other non water techniques are things I have already worked with, the use of blood spatter and 'trails' of cast off blood had not been tried until now.

I ended up using a strand of foliage material, which was very thin, but very strong and rigid.  It attached it to the weapon with a gob of the gel (with paint mixed in for color).  Once that was secure, I started placing additional blobs of water effects (also mixed with paint), and a bit of the gel.

Letting gravity do its work, I was able to create the impression of the blood dripping down!  Success!!

This image shows the materials in question. The Liquitex gel medium provided most of the 'body' of the blood, while the Secret Weapon Realistic Water made everything more shiny and transparent.